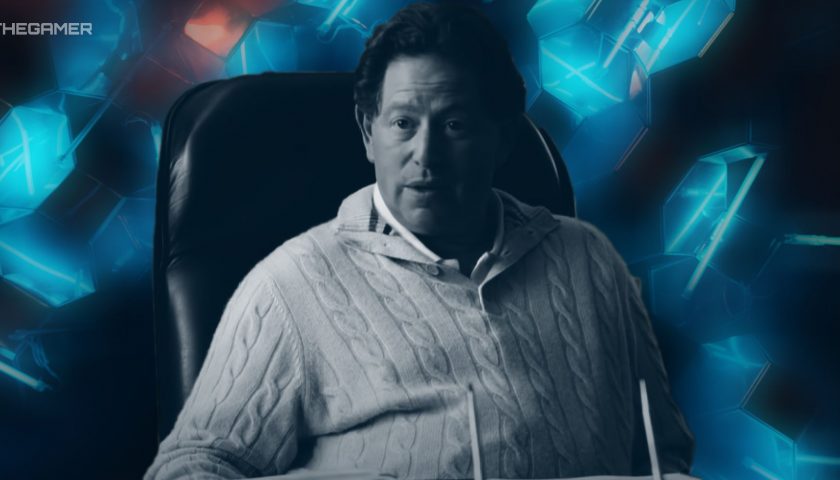 Activision Blizzard has expressed its support for Bobby Kotick today, following earlier allegations that he conspired to cover up reports of his restraining order. The Wall Street Journal reported that in 2016 and 2019, Kotick's then-girlfriend intervened to stop a publication from reporting that his ex-girlfriend had been granted a restraining order against him.

In a statement sent to TheGamer, the Board says it has "full confidence in Mr. Kotick's leadership", following the reporting of these claims. It also says that Kotick has been "fully transparent with the Board", notifying it of the restraining order when it was initially granted in 2014. It says there is "no merit to the allegations", and that "they concern a personal relationship that has nothing to do with the business of the Company".

Kotick and his then-girlfriend, Meta chief operating officer Sheryl Sandberg, were named in the Wall Street Journal report as two individuals involved in an apparent plot to prevent news of Kotick's restraining order from being made public. According to anonymous sources close to the pair, they, along with others from both Meta and Activision, stopped the Daily Mail from publishing an article about the 2014 incident. This is said to have happened twice, once in 2016, and again in 2019.

However, the Board stands by Kotick's conduct following his ex-girlfriend's decision to take out a restraining order against the controversial CEO. The full statement reads as follows:

"Around the time of the incident in 2014, Mr. Kotick notified the senior Independent Director of the Board, has subsequently updated the full Board and has been fully transparent with the Board. The Board, through its counsel Skadden Arps, has done a thorough examination of the facts and circumstances of the events, satisfied itself that there was no merit to the allegations, and notes that they concern a personal relationship that has nothing to do with the business of the Company. The Board continues to have full confidence in Mr. Kotick's leadership and his ability to run the Company."

It remains to be seen if Meta makes a similar statement. According to the initial report, it is currently investigating whether Sandberg's actions amount to a breach of company rules.