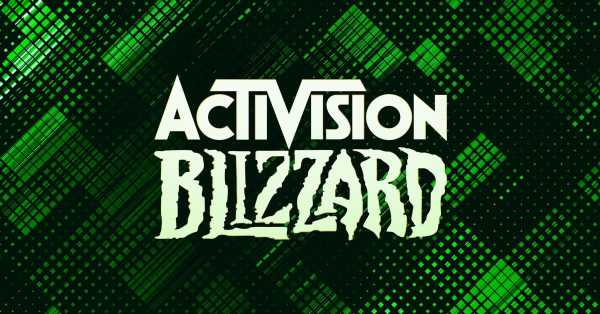 Some Activision Blizzard workers will walk out of work Monday after the company dropped its vaccine mandate ahead of a return to work in the coming months. News of the relaxed COVID-19 plan was leaked on social media following an email from Activision Blizzard executive Brian Bulatao.

In the email, Bulatao said vaccines were no longer required for employees to return to the office, effective immediately. Activision Blizzard workers are expected to return to work offices in the coming months, though it will immediately impact those who are currently working from the office. Bulatao cited lifted vaccine requirements “across the U.S.,” as COVID-19 cases are spiking in Asia and Europe, according to Vox. Some experts suggest a new wave is coming — or already has begun — in the United States, the New York Times reported.

Following Bulatao’s email, some Activision Blizzard staff began publicly opposing the dropped requirement. The ABK Workers Alliance, a group that formed following Activision Blizzard’s initial sexual harassment lawsuit from last year and has managed multiple walkouts since then, announced the walkout on Friday — it’s scheduled to take place Monday, April 4. A representative for the group did not have an estimate number of participants.

The group is demanding Activision Blizzard reverse the dropped vaccine requirement, offer remote work as a “permanent solution,” and allow workers to make these decisions regarding work-from-home individually. Supporters and participants can follow the walkout using two hashtags: #SickOfThis and #GameWorkersUnite.

“As part of returning to office, Blizzard and Activision Blizzard held several feedback sessions and polls over the course of three months, at the end of which they decided to mandate the vaccine for workers coming into office,” a representative for ABK Workers Alliance told Polygon. “This was the agreement under which people agreed to come back. This recent change was not run by any employees before being announced.”

The representative added that studio management was not informed or consulted. “This reversal puts people at risk for infection. I and many other employees are angry that our company is pushing toward mandatory returns to office with this restriction lifted.”

Activision Blizzard employees have walked out of work multiple times in 2021, the first of which occurred in July 2021 following the company’s “abhorrent and insulting” response to the California Department of Fair Employment and Housing lawsuit, which exposed serious allegations of sexism and harassment at the World of Warcraft and Call of Duty publisher. Workers walked out again, calling for CEO Bobby Kotick’s resignation, in November following a Wall Street Journal report detailing Kotick’s alleged involvement in minimizing reports of employee misconduct.

In December, Activision Blizzard workers walked out again after they said a number of QA workers were laid off. The walkout led to a strike that ended when the workers announced a unionization effort at the company. Those workers, called Game Workers Alliance, are awaiting a decision from the National Labor Relations Board regarding the union’s potential scope.

Update: Following the announcement of the walkout, Bulatao sent a second email to Activision Blizzard employees in which he wrote that, despite the company-wide policy, leadership at Activision Publishing, Blizzard, and King can “determine the processes and policies that work best for their employees and locations based on local conditions and risk.”

Bloomberg reporter Jason Schreier tweeted that Blizzard president Mike Ybarra emailed staff shortly after, saying that Blizzard will keep its vaccine requirement “for at least the next few months.”

An Activision Blizzard spokesperson also provided the following statement in an email to Polygon:

The health and safety of our employees is at the absolute forefront of everything we do, including our return to office policy. While Activision Blizzard’s U.S. vaccine mandate has been lifted, for the majority of our employees, we are still operating under a voluntary return to office opportunity. In addition, employees who are not comfortable returning to the office are encouraged to work with their manager and our HR team to explore options for working arrangements that suit their individual situations. We will continue to monitor conditions and make adjustments to the policy as needed.

We recognize some employees may be participating in a walkout to express their views. The company supports our employees’ right to express their opinions in a safe and nonthreatening way, and will not retaliate for any decision to participate in this walkout. The company also hopes that those who walk out will conduct themselves in a legal, safe, and nonviolent manner.