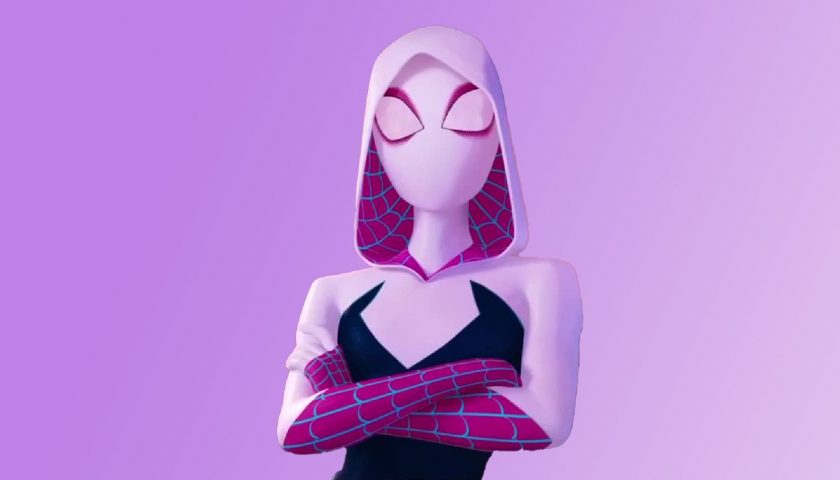 A few days ago, merchandise leaks revealed that Hobart Brown, AKA Spider-Punk, was coming to Across the Spider-Verse, and again toys have revealed a new character, this time Cyborg Spider-Woman.

If you've played Insomniac's Spider-Man, you'll recognise Cyborg Spider-Man. In the comics, there are two versions. One is an alternate dimension version of the 616 character, now enhanced by cybernetics. He boasts a robot eye and metal arm with a whole host of gadgets. Think Peter Parker meets The Winter Soldier.

However, Cyborg Spider-Woman is an original character for the movie and they are very different in design. Rather than the sleek cyborg of the comics, they're bulky with a giant chest and a huge metal arm that boasts a minigun. They even have a spiked pauldron, almost resembling gladiator Hulk. Along with the usual red and blue webbed outfit, they also have a yellow utility belt. You can see it below along with toys for Miles Morales, Peter B Parker, Spider-Gwen, and Spider-Man 2099.

This is a much clearer look at Cyborg Spider-Woman than what we got for Spider-Punk which was a helmet and guitar, leaning into his more musical roots. It's unclear what this character's origin will be given that they're an original character, although they are definitely taking inspiration from Cyborg Spider-Man. At least visually.

He debuted back in Spider-Man #21 as part of the Revenge of the Sinister Six story. Mysterio made Solo see Spider-Man as Doctor Octopus which pit the two against each other, nearly costing Spider-Man his life. But then Cyborg X rescued Peter Parker, giving him cybernetic parts including the beefed-up metal arm. This version also featured a yellow utility belt with grenades, although Spider-Man understandably never used them given his aversion to lethal combat.

Maybe Cyborg Spider-Woman has a similar origin, although only time will tell. For now, we have a neat look at what suit she'll be rocking, and she certainly looks like a capable fighter.