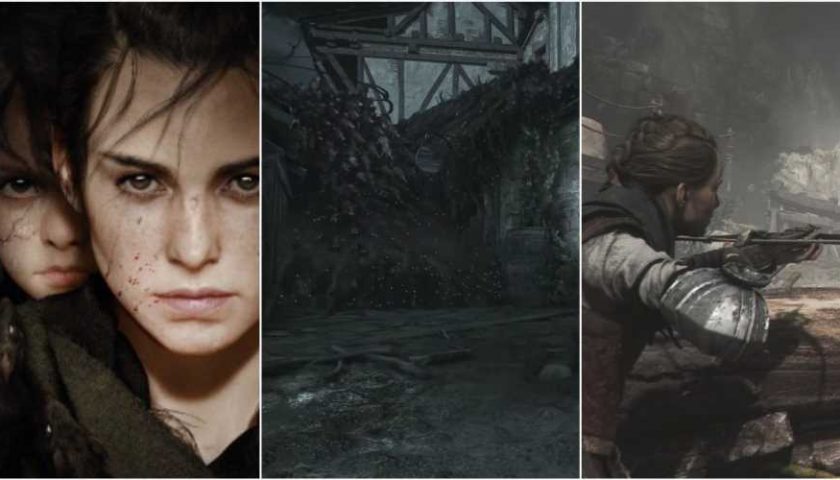 A Plague Tale: Requiem proves a gripping continuation that builds off the world, characters, and narrative established in Innocence while providing even more gorgeous visuals and visceral moments. The sequel delivers a healthy balance of the original mechanics that became the bedrock of the series and the daring new additions that make the gameplay all the more thrilling.

Diving into Requiem, the familiar feel of the systems will automatically have the memories from Innocence rushing back. And you may soon see yourself falling into some of the same patterns and missteps typical of A Plague Tale game, but everyone will experience a variety of these at some point.

10/10 Take In The Surroundings 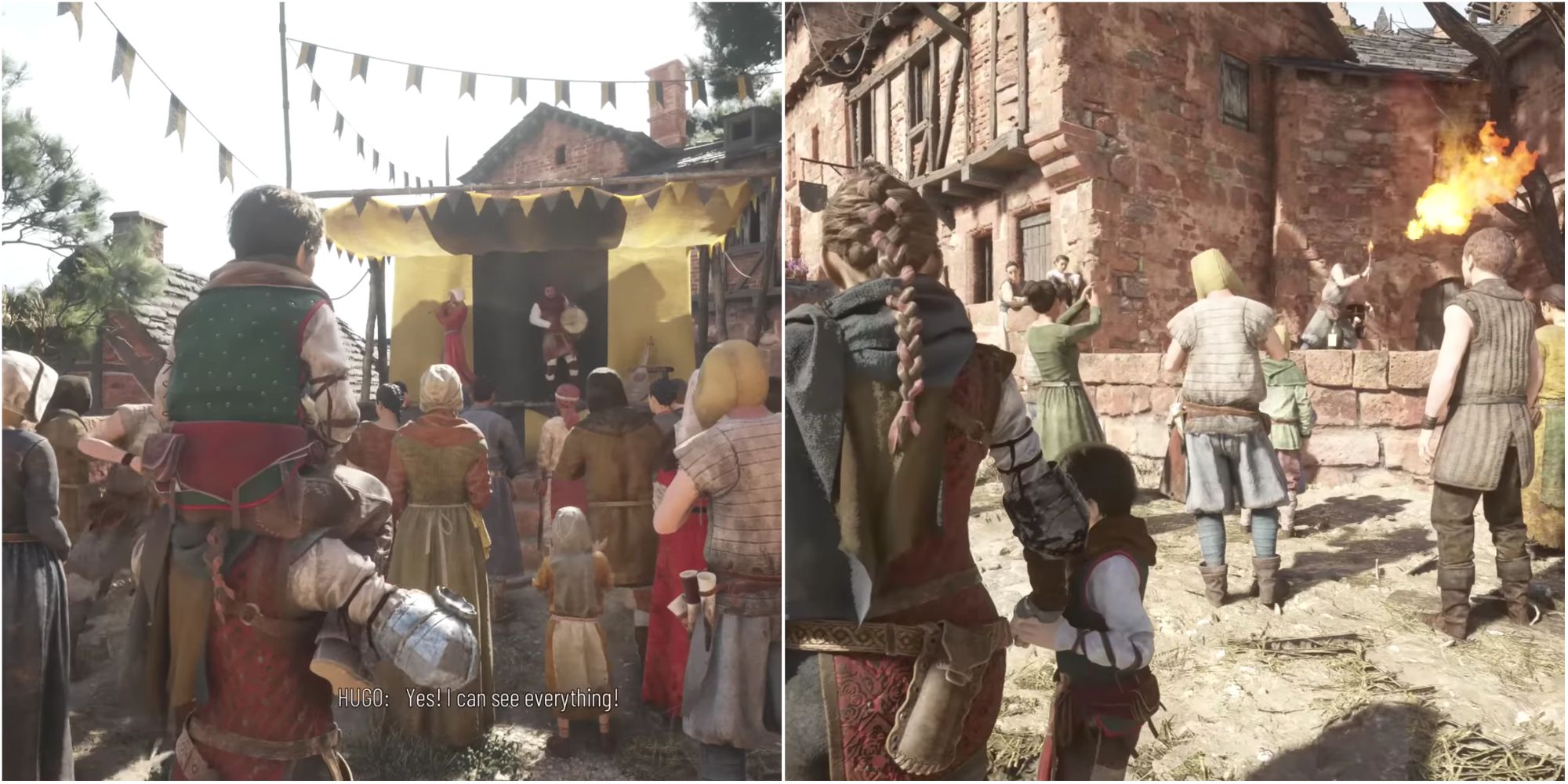 After the harrowing encounters in the first chapter that almost resulted in the death of their mother, the de Rune family and Lucas get settled in a new town at the beginning of Chapter II. This section is like a breath of fresh air compared to the dark environments and themes that would quickly follow the rest of the game's trajectory.

There are a lot of fun activities going on all around, starting with a market where you can discuss wine and examine the other products being sold. Then there's a florist that interests you in flowers, a fire-breathing show in the square, and a live theater performance that you can watch with Hugo. It’s enticing to take it all in and relish the fun with Hugo, especially after all you've been through in the last game and what lies ahead for you here.

9/10 Ignore The Bait First Time Around 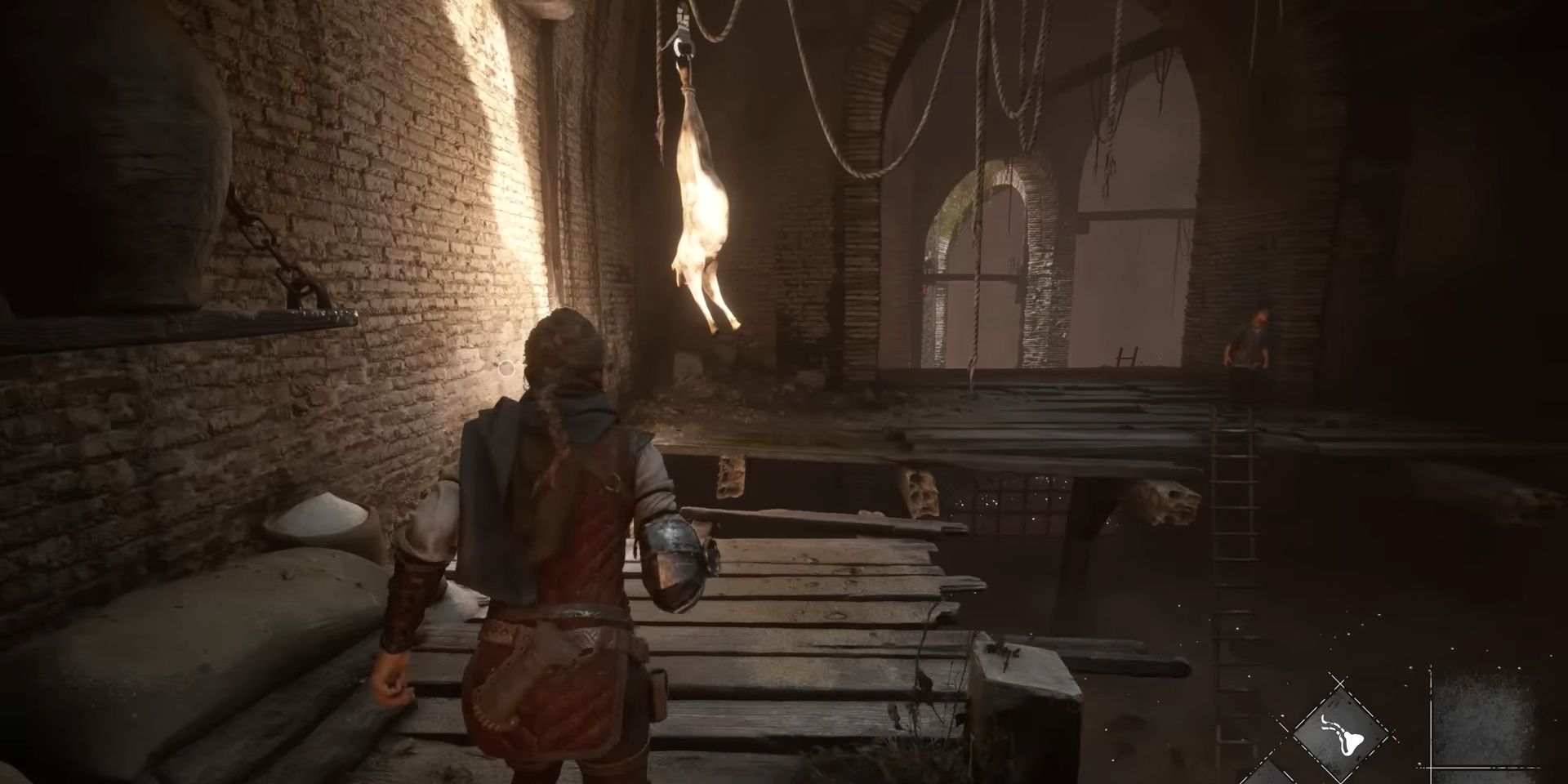 This is a potential pitfall if you haven't played the first entry or forgot that the animal carcasses hanging from chains draw the rats instantly. The game also doesn't do a good enough job of reminding you, as there's barely any hint about them in the first small puzzle section where you’re required to utilize them.

Since it may not be clear that you need to drop the bait by hitting the weak spot of the chain in order to get the rats away from the area you’re trying to access, players can be oblivious to it, perceiving it as a set piece and become stuck attempting other measures to clear them. 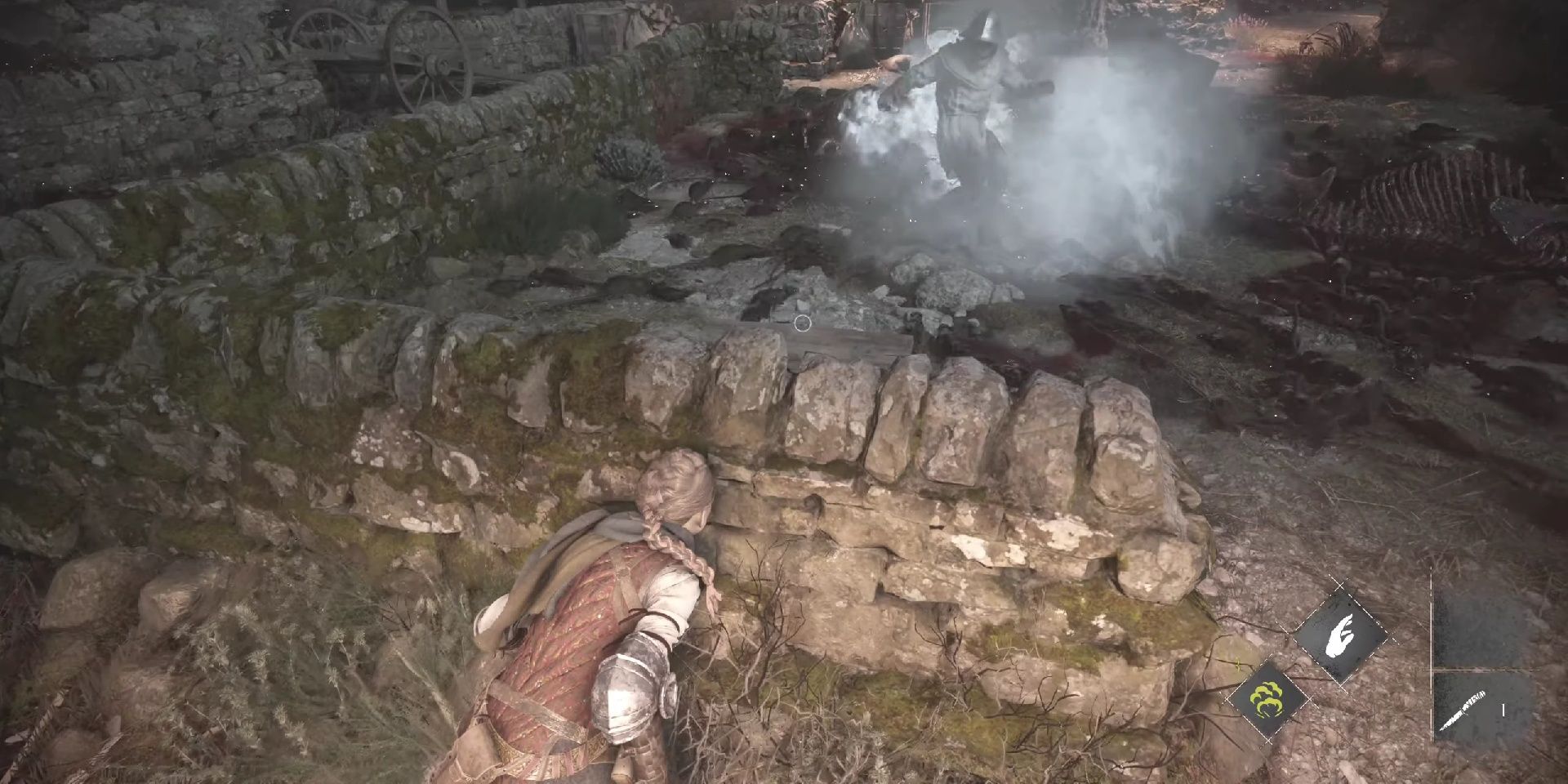 A morbid maneuver you learned with your sling in A Plague Tale: Innocence was extinguishing the flames of the torches the guards carry, which send the rats scurrying all over them. The same is true in Requiem, where you can fling an exstinguis to douse the fire and have the rats take care of the rest.

It’s a necessary evil, and sometimes your only solution, when you're in an absolute bind with an armored foe and don't yet have the crossbow or are low on its ammo. Certain players also find the rat physics in the game enthralling and don’t mind using this method more frequently in their gameplay.

7/10 Engage In Combat With Guards 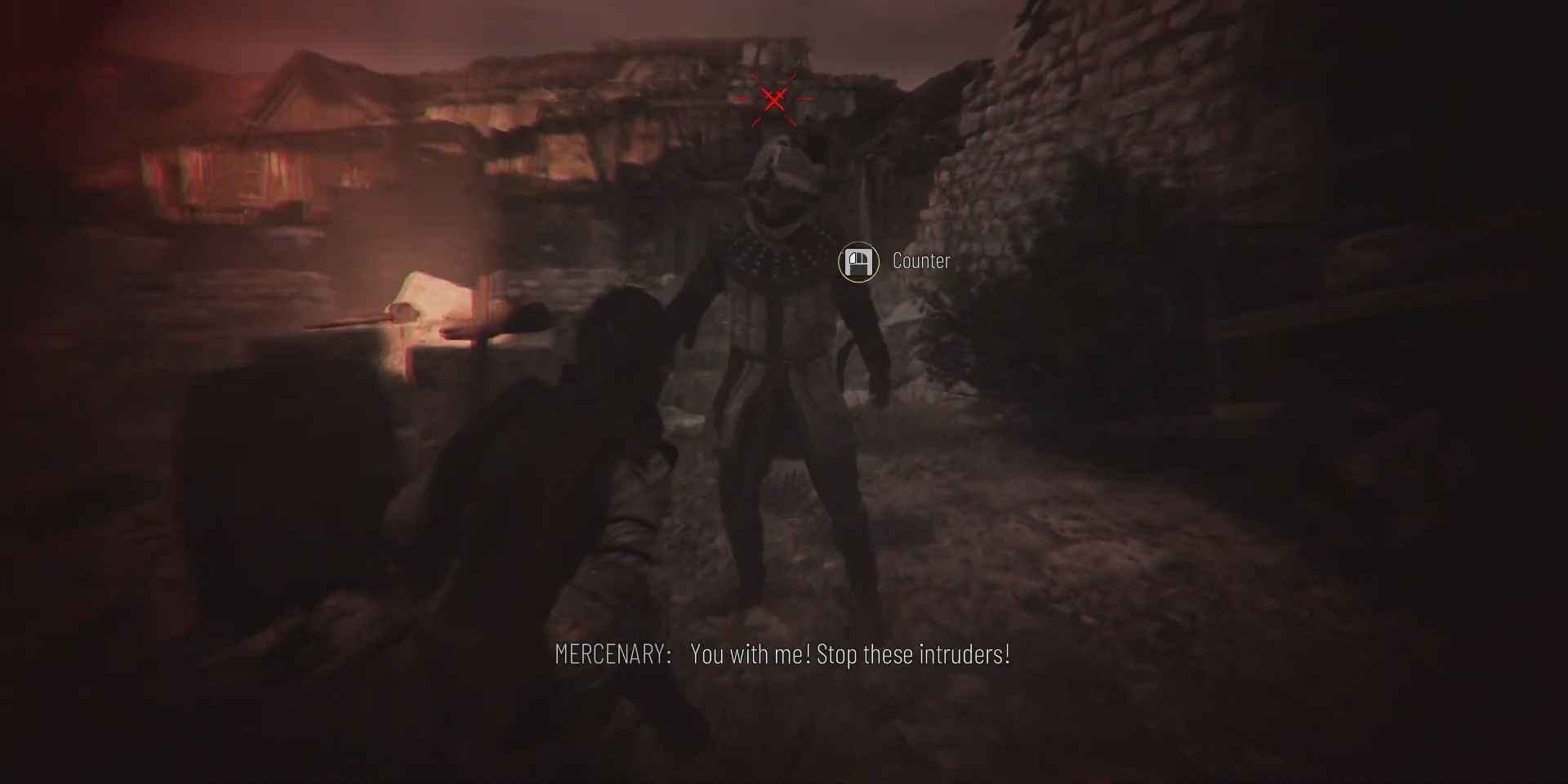 Conflicts with the guards are bound to transpire in A Plague Tale: Requiem, whether they were alerted during stealth or the combat was triggered intentionally by the player. It grants you the option to counter an attack by smacking the guard in the face with your sling or expending a knife to stab them with it.

You also won't die from the first hit and can skip the sneaking around entirely and clear the area by taking them on one by one. It also presents a notable shift from the previous game since the stealth route had more emphasis, and you end up dead the moment a guard comes near you. 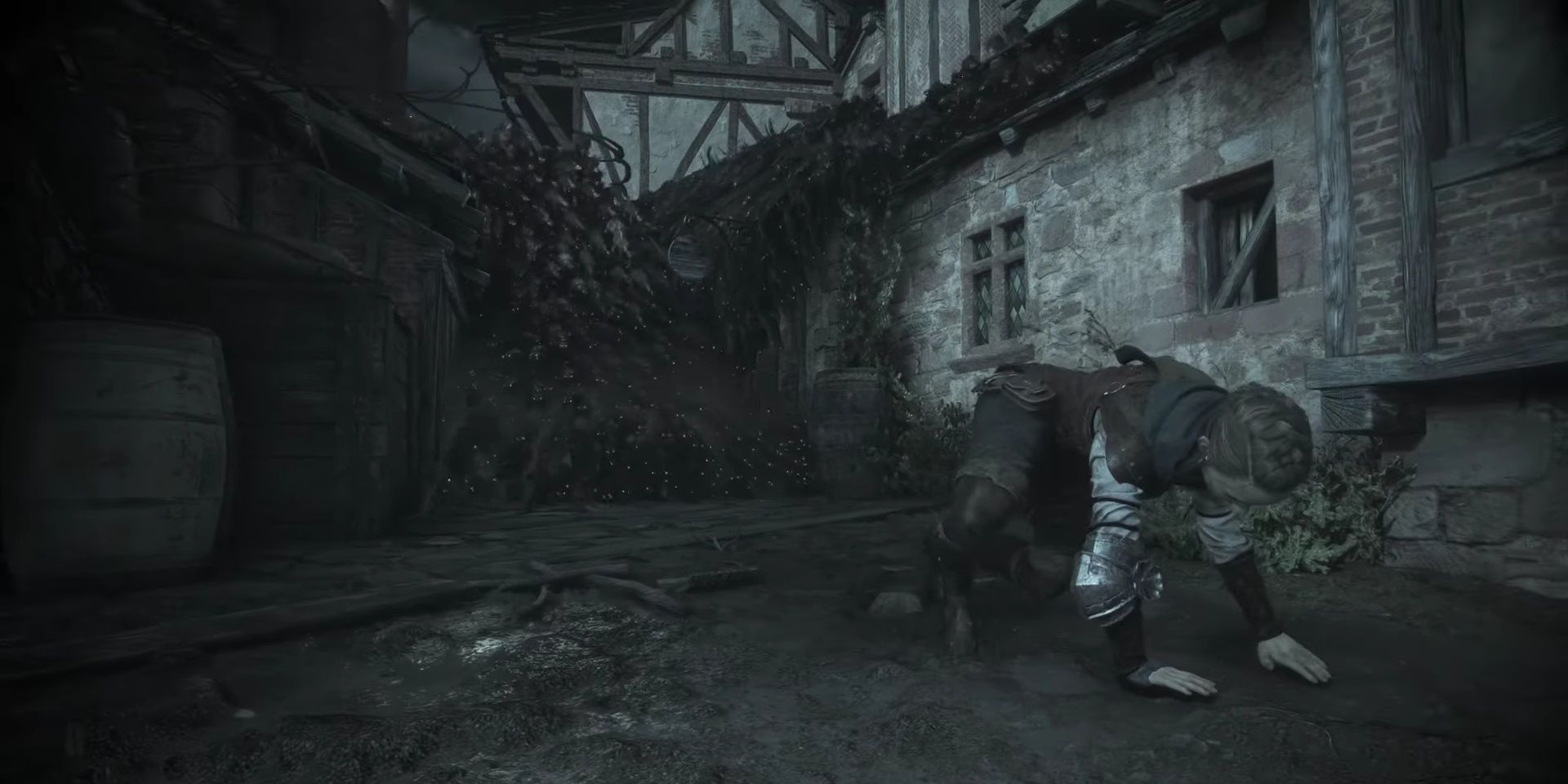 One of the most intense and frightening sequences in A Plague Tale games are the rat horde chases that feel even more cinematic in Requiem. Similarly to the mechanics in the first game, you must hold down sprint and interact with any other button you're prompted within the environment to evade them successfully.

However, some sequences are longer and place more objects in the way for you to stumble and lose some stamina, thus easily getting consumed by the giant frenzy of rats. And sometimes you’re just in awe of the number of rats generated on-screen at one time and get swallowed by them because of this distraction. 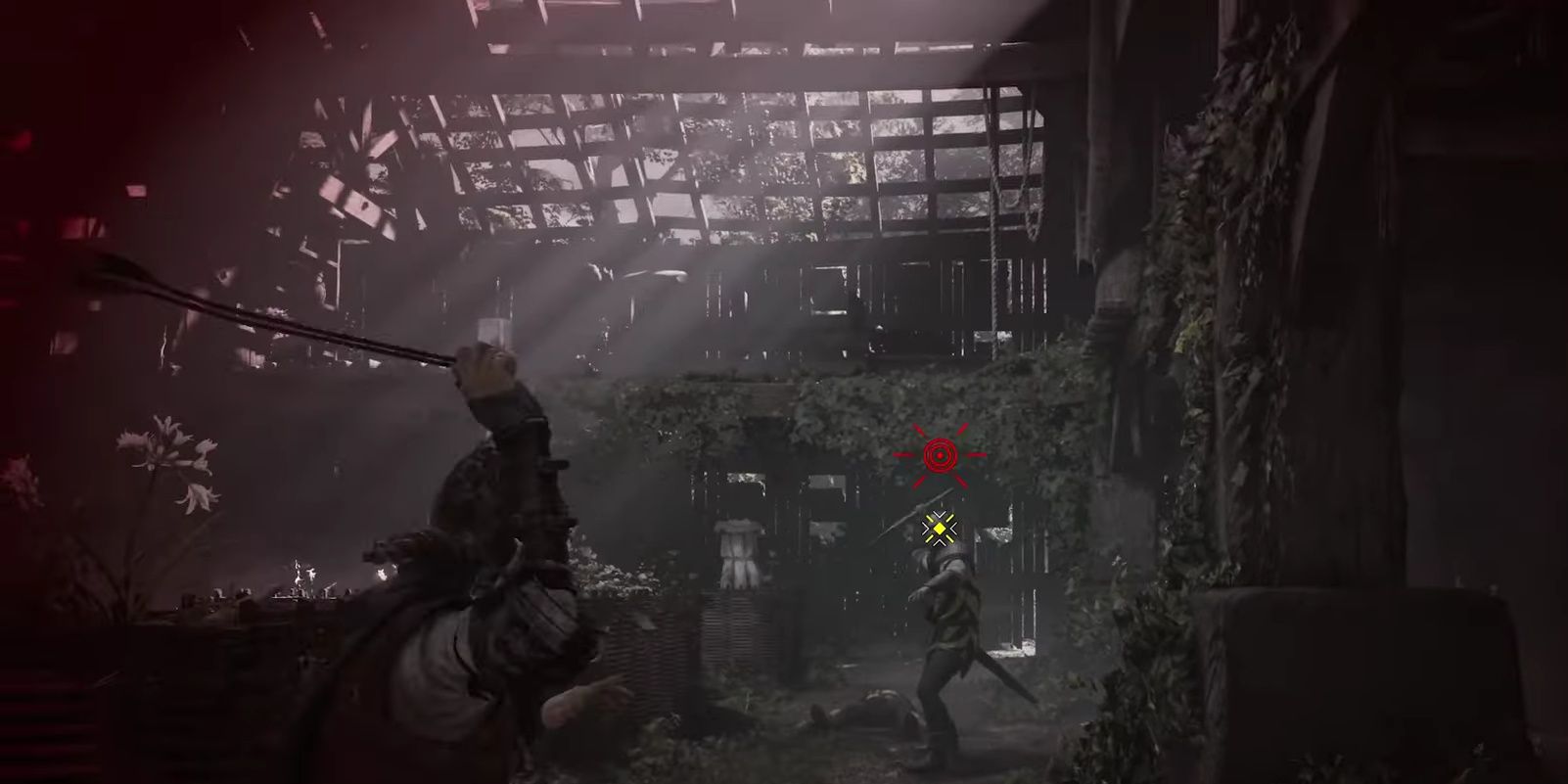 A Plague Tale: Requiem introduces a new spear-throwing enemy type that attacks from a distance. When they’re about to launch a spear at you, there’s a warning indicated by a symbol above their head in the form of a red bullseye with lines branching out like a sun’s rays.

Sometimes the sling is too slow to lock onto the soldier, and if you ignore that symbol as you're locking on, the spear will hit you first, resulting in significant damage. The scenario equates to any shooter game in which you shoot enemies out of cover while they’re still returning fire at you and not in reload. 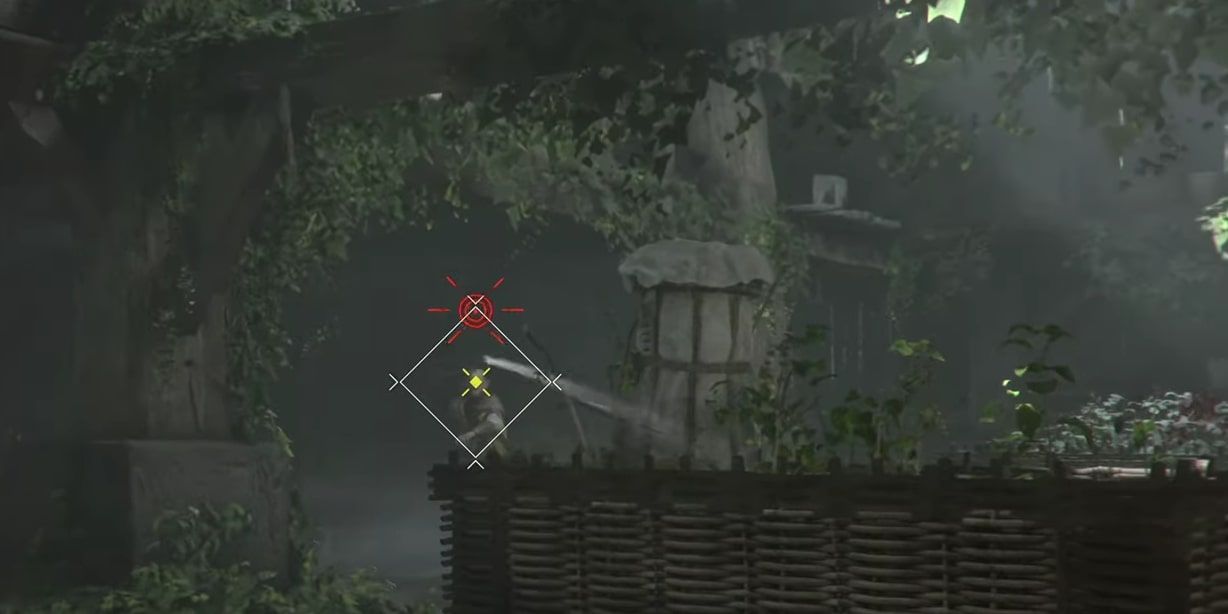 A Plague Tale: Requiem, like its predecessor, puts you in close-range combat encounters within tight spaces that have limited room for movement. It forms a high-pressure environment where multiple enemies are coming at you at once in the claustrophobic setting, sometimes forcing you to launch a rock from the sling prematurely before it fully locks onto an enemy’s face, which goes over their head and completely misses.

It’s a common occurrence experienced by most players in those situations due to the intensity of the moment and the slow buildup of the sling’s lock-on mechanic. And is particularly irritating when you have heavier enemies with shields that can corner you and you can’t hit them properly with the sling, which results in inevitable death.

3/10 Use A Crossbow On Unarmored Enemies 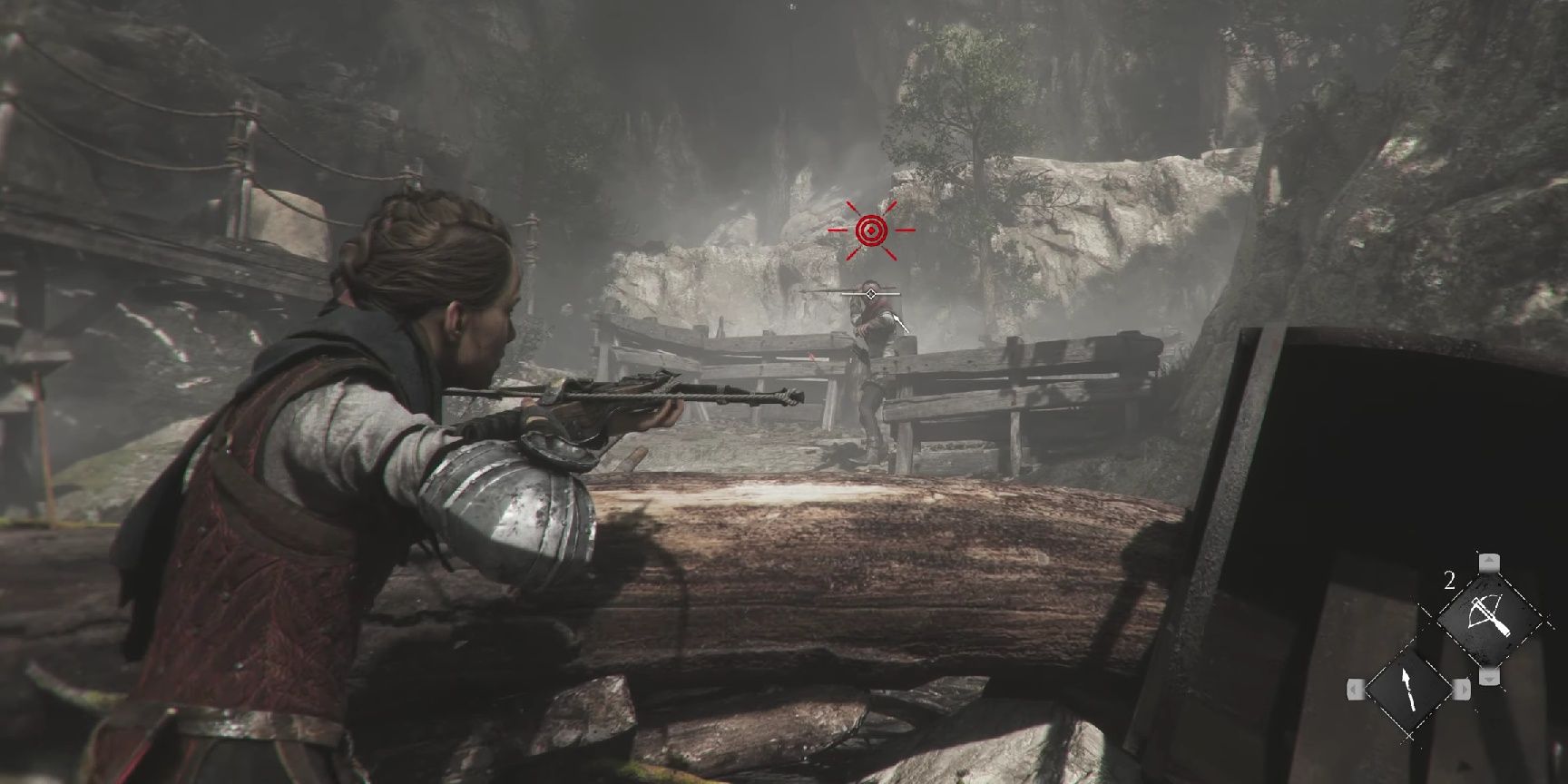 Having multiple weapons in your inventory now becomes a possibility in Requiem, one of the drastic changes implemented from the first game. In addition to the default sling, Amicia can also wield a crossbow that you acquire during the fifth chapter. The weapon’s purpose is to act as a one-shot kill for enemies donned in full armor.

Bolt ammo for the weapon is scarce, and it’s wise to save for situations where it’s desperately needed to take down an armored soldier. The sling sounds more appropriate for enemies whose faces are exposed, but the crossbow is a fancy new feature, so players take full advantage and use it on any desirable target.

2/10 Have A Close Call With Guards 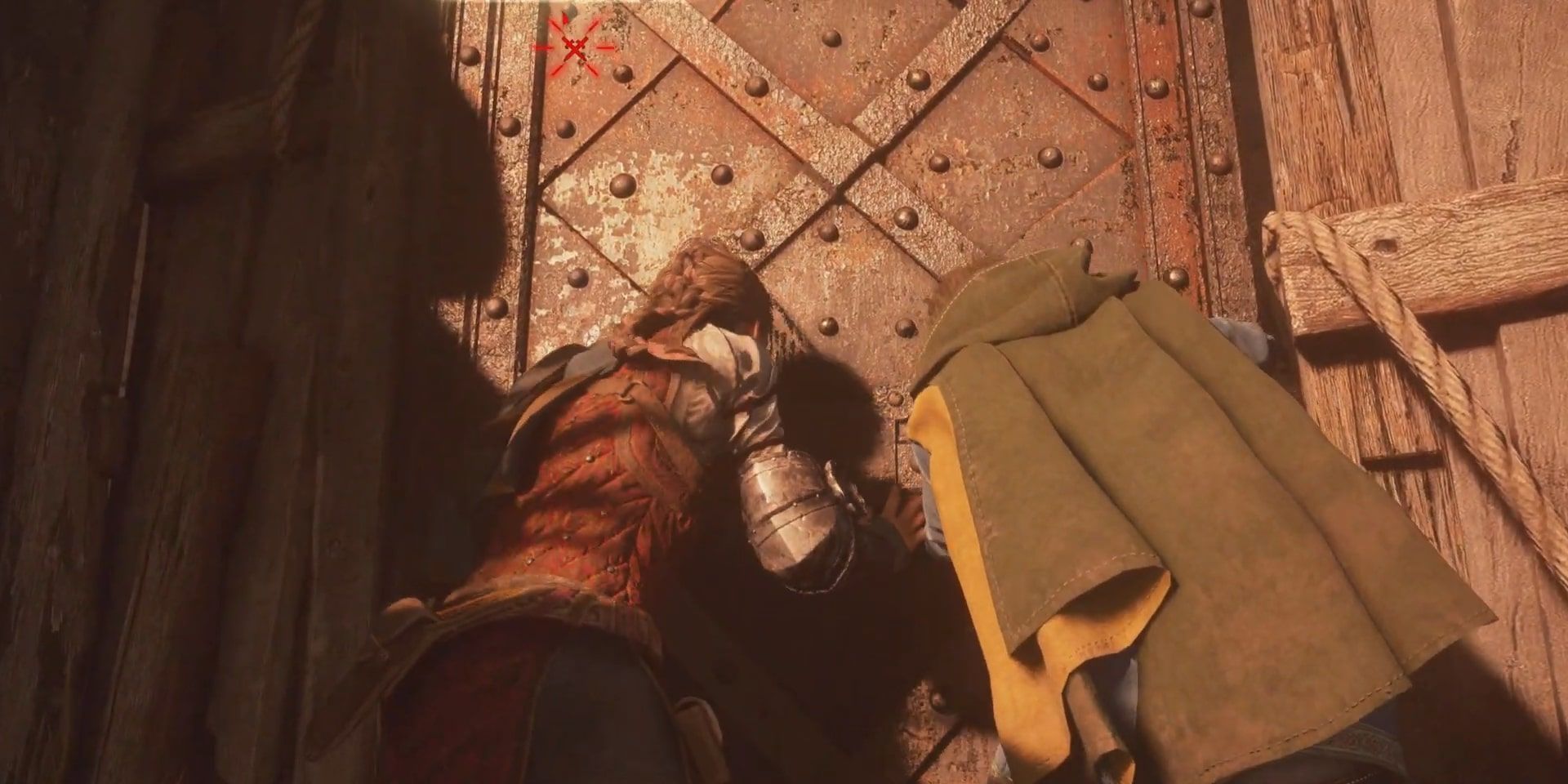 Stealth is a tricky element in A Plague Tale: Requiem, but a crucial mechanic the game is built around. You got a few tools at your disposal to sneak past enemies, such as throwing rocks at armor posts, tossing pots outside the visibility area, and quietly disposing of soldiers with your sling and stealth takedowns.

All those things considered, the stealth route often fails to go according to plan, and you get detected regardless. Most of the time, however, the detection happens when you’re about to exit an area, believing yourself to be in the clear. You can carry on with your escape, though, as it’s a close call that will leave you unscathed.

1/10 Lose Control With The Horde Control 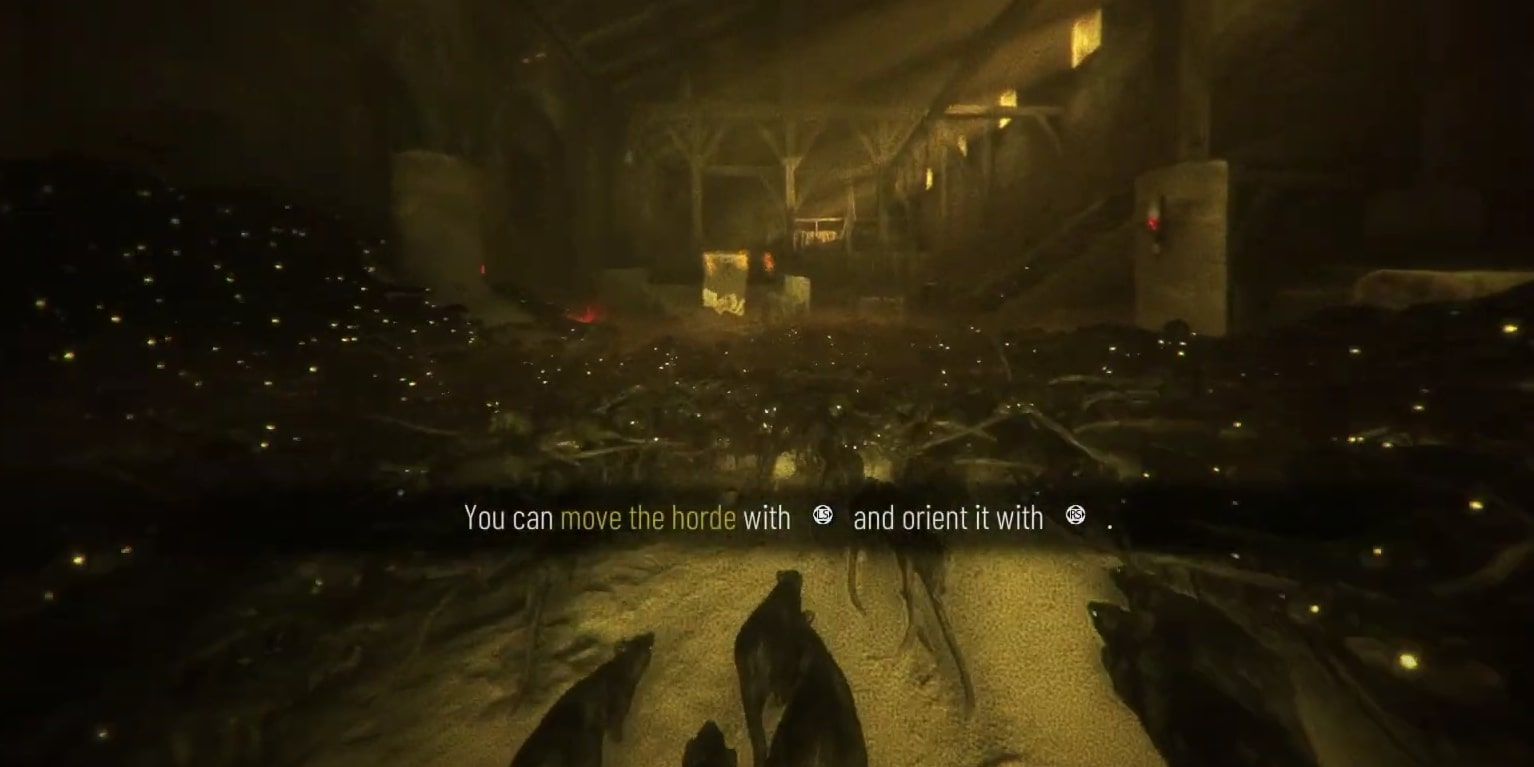 Hugo's ability to control hordes of rats as a symptom of the Macula gets an incredible transformation in Requiem. Instead of the third-person perspective in which you designate rats to specific directions, it changes to first-person, as though you’re among them, and allows you to move with the rats in any path you choose.

An even more epic upgrade for the horde control is that you can unleash the rats upon enemies, which provides a much gnarlier view of the ensuing carnage. Players may get carried away with the rats and have them traveling across all surfaces of the map and consuming all the guards, so long as they don’t have torches in hand.