Subscribers to Xbox Game Pass for PC are about to get a trio of new titles to play. Microsoft announced this morning that A Plague Tale: Innocence, Gris, and Children of Morta will be coming to the PC side of its “on-demand” gaming service. While no concrete dates were given, the company notes that these three titles will be arriving before the back-half of January.

These additions coincide with a new deal Microsoft is running for Game Pass for PC. Similar to the deal that rounded out Game Pass Ultimate in 2019, new subscribers can nab three months of Game Pass for $1. This applies only to the PC portion of the service, which doesn’t require Xbox Live Gold for online play. The $1 deal for Ultimate is still going on if you’re a gamer with both a PC and Xbox One.

As for the games, A Plague Tale: Innocence is something everyone should try out. A sleeper hit last year, the game has received a ton of critical acclaim for its genuinely frightening story and atmosphere. It is clearly the best of the bunch here, but it’s not like the other games are bad. 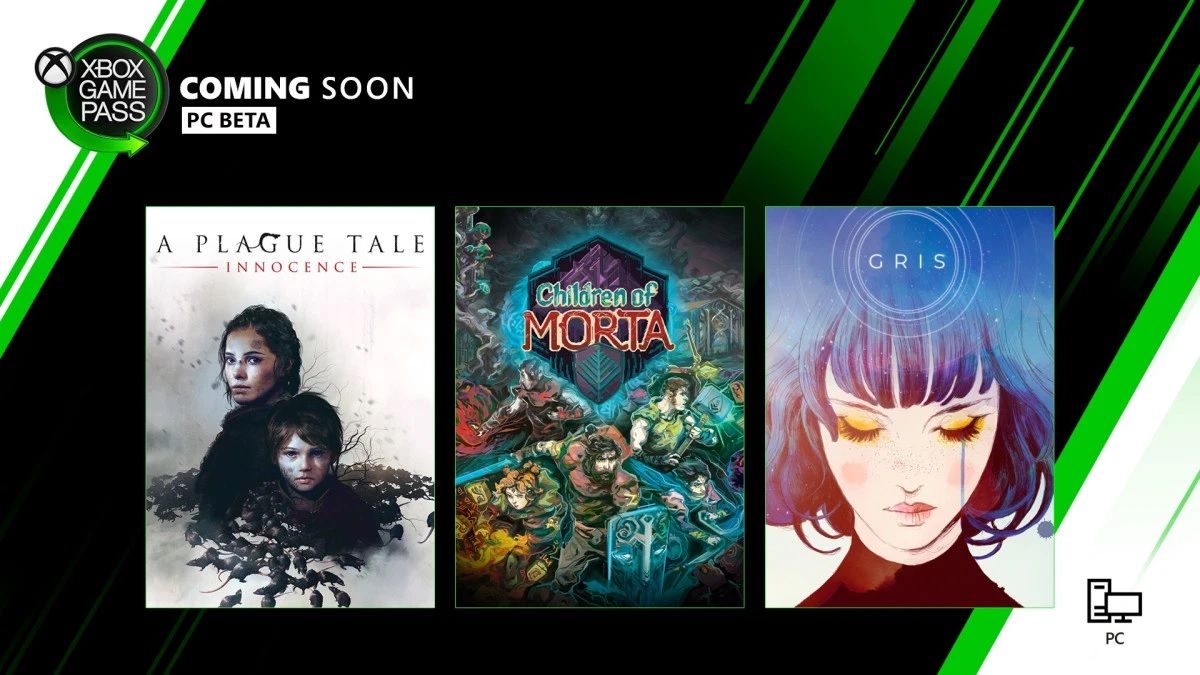 Gris is described as “a serene and evocative experience, free of danger, frustration or death.” The title can be compared to rhythm games, though with more of a focus on its visuals and animation. Gris was also well received by critics when it released in late 2018 and went on to receive a ton of free updates throughout 2019.

Finally, Children of Morta is considered by many to be one of the best games of 2019. A mixture of RPG, roguelike elements, and hack and slash action, I guess the common thread among these titles is “critically acclaimed.” You really can’t complain about anything here: each game is a hit in some regard.

It is a little curious why these titles aren’t also heading to Xbox One. Each is available on the platform and there’s nothing PC specific that would make them better suited to a mouse and keyboard setup. Microsoft is likely trying to bolster subscribers on PC, which is understandable.

At any rate, you’d be silly to miss out on any of these games. Either sign-up for Game Pass to play them, or put them on your radar for purchase down the line.