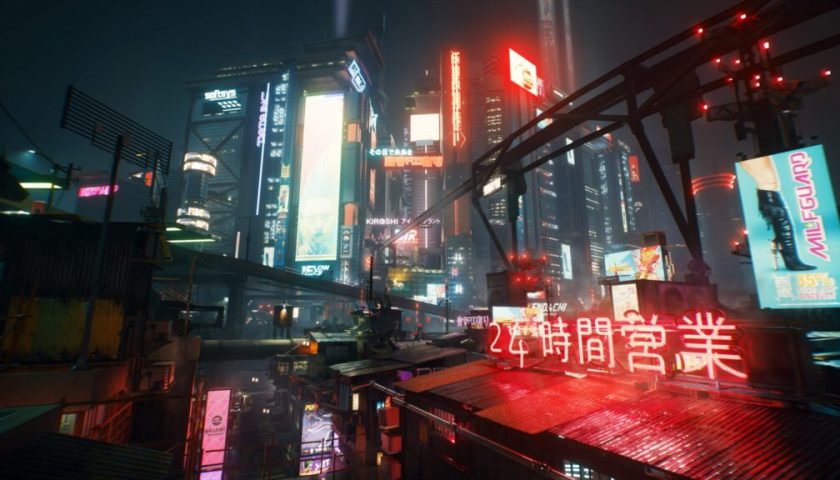 A few years ago VRFocus used to run a feature called “Make It A (Virtual) Reality,” looking at the VR potential of certain flatscreen videogames, and in 2018 Cyberpunk 2077 made its entry. As we all very well know, CD Projekt Red’s massively hyped title didn’t quite live up to expectations when it launched last year, nevertheless, experienced VR modder Luke Ross has said this week that a VR mod could be available as early as January.

As reported by PC Gamer, Ross is best known for creating R.E.A.L. VR mods for Red Dead Redemption 2 and GTA V, and is currently working on one for Cyberpunk 2077. Backers supporting his work on Patreon were asked which videogame they’d like to see him mod next, with CD Projekt Red’s dystopian adventure getting the most votes. And it seems development is well underway with a release later for next month. “If nothing goes wrong, I’d say it should come out in January,” Ross told PC Gamer.

While Cyberpunk 2077 has had its fair share of issues – updates including the PlayStation 5 and Xbox Series X/S versions have been pushed back to 2022 – Ross says that unlike previous projects Cyberpunk 2077 has been easier to implement as its not in third-person. “One major bonus about CP2077 is that it’s already played in first person, which is very good for VR immersiveness, unlike for example the Mafia Trilogy where I had to implement my own ‘fake-first-person’ camera.

It also helps that Ross has been doing this for so long that his system allows for a speedier delivery: “Now that my modding framework is approaching some level of maturity, I can probably release one game per month (on average),” he continues. “Of course that depends on the specific challenges that each game poses, and there’s always a possibility that a certain game turns out not to be moddable at all due to some unforeseen issues.”

Hopefully, Ross’ work won’t be undone by CD Projekt Red’s continual rollout of updates and patches to improve Cyberpunk 2077’s stability across all platforms. Whilst it’s by no means perfect, the videogame has come a long way since that ill-fated launch just over a year ago.

Cyberpunk 2077 isn’t the only VR mod Ross is currently working on. Not going so far as to reveal the name, he did tease its an: “DX12-based, open-world, and will look epic in VR, especially the vistas and the battles.” Hopefully, he won’t keep that secret for too long.

Some great VR mods arrived in 2021 including Doom3Quest from Team Beef and MechWarrior 5: VRWARRIOR by KITT. That looks set to continue into 2022. For further updates, keep reading VRFocus.