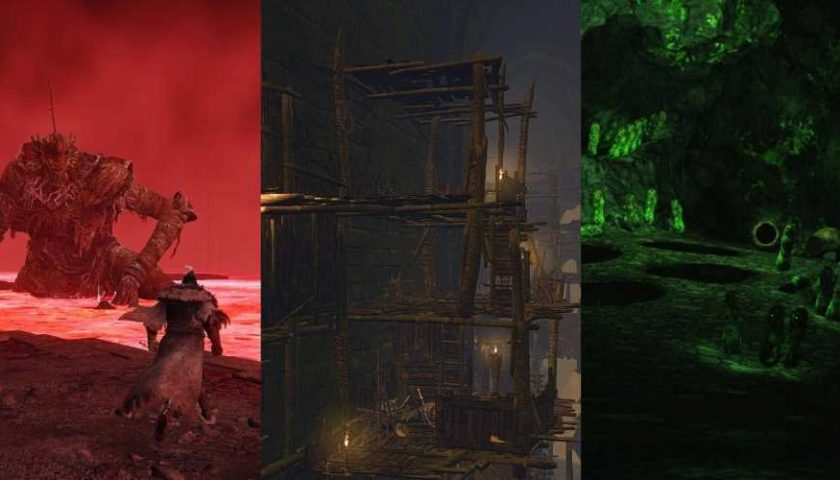 Any avid Soulsborne player will always have one question when a new game is announced: Is there a poison swamp? FromSoftware has become somewhat infamous for this, with Miyazaki himself saying he simply can't control the urge to include more of them with each game.

Now of course, how do you rank poison swamps on how poisonous they are, really? Going literally would be boring, and have plenty of the swamps actually tied. Instead, it could be fun to examine them in a more communal way. What's caused the most grief, which have become a mixture of the most wonderful-yet-painful to play through, and how they have solidified themselves in the community as a quintessential element of Soulsborne games. 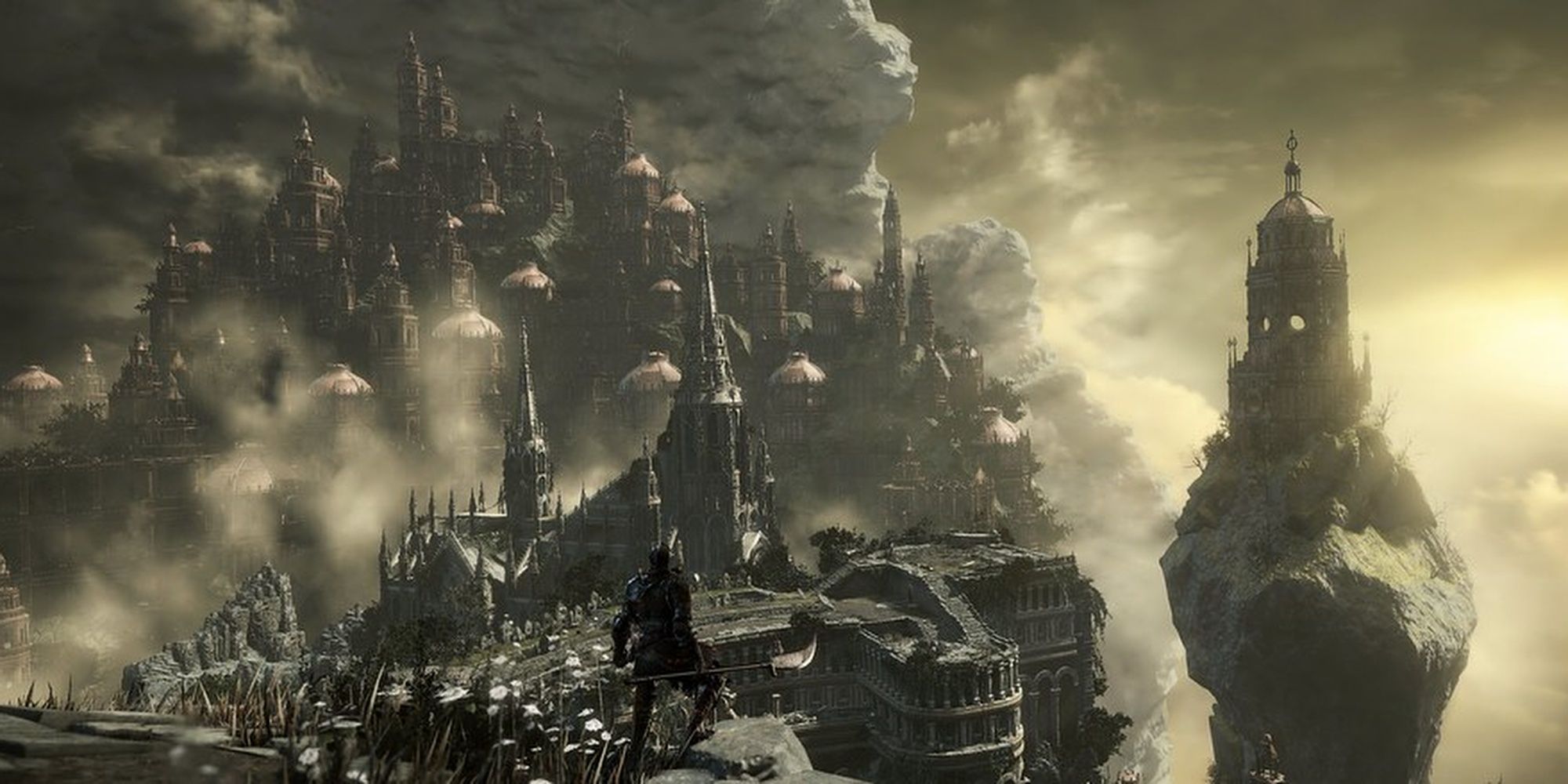 DLC is always to be expected in Soulsborne games, and for every DLC, there is the expectation of more poison swamps. Most of the time, we're actually spared from another gruelling trudge through murky poison, though Dark Souls 3, in a wonderful homage to itself, has multiple in the Ringed City DLC.

Leaking aside that in the Dreg Heap, there is the massive swamp just outside the all-too-small Ringed City. The city itself feels fantastic, a dramatic but welcome shift from most of the game's design, only for you to be greeted by another swamp that is altogether too large, and much less spectacular than the Ringed City itself. 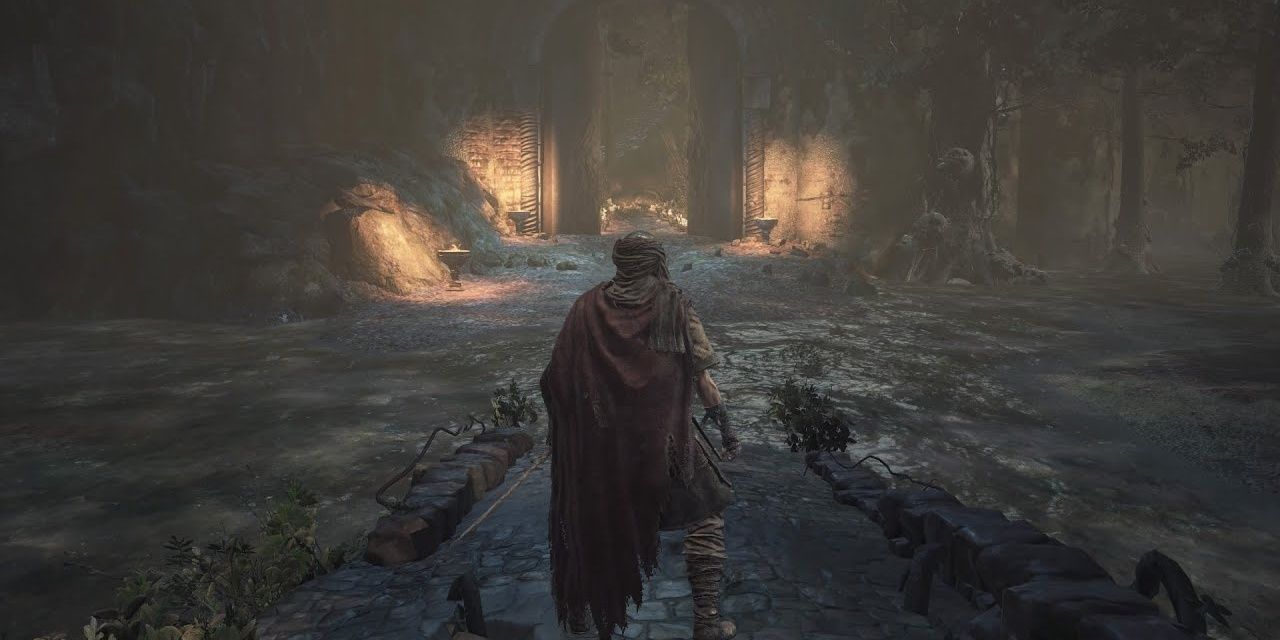 Perhaps of Dark Souls 3's most grievous sins is how often it plays to its strengths, which over time reveal themselves to in fact be weaknesses. For one, this is its obsession with poison swamps, typically hated in an endearing way simply becoming, well, hated.

It's funny, because the Abyss Watchers at the end of Farron Keep are one of the strongest fights in the game, yet the Keep is a slog. Visually, it looks enticing and plays with the idea of spotting your way using landmarks, but certain sections hit you with massive enemies and stop your ability to run, all while poisoning you. It's not a great time. 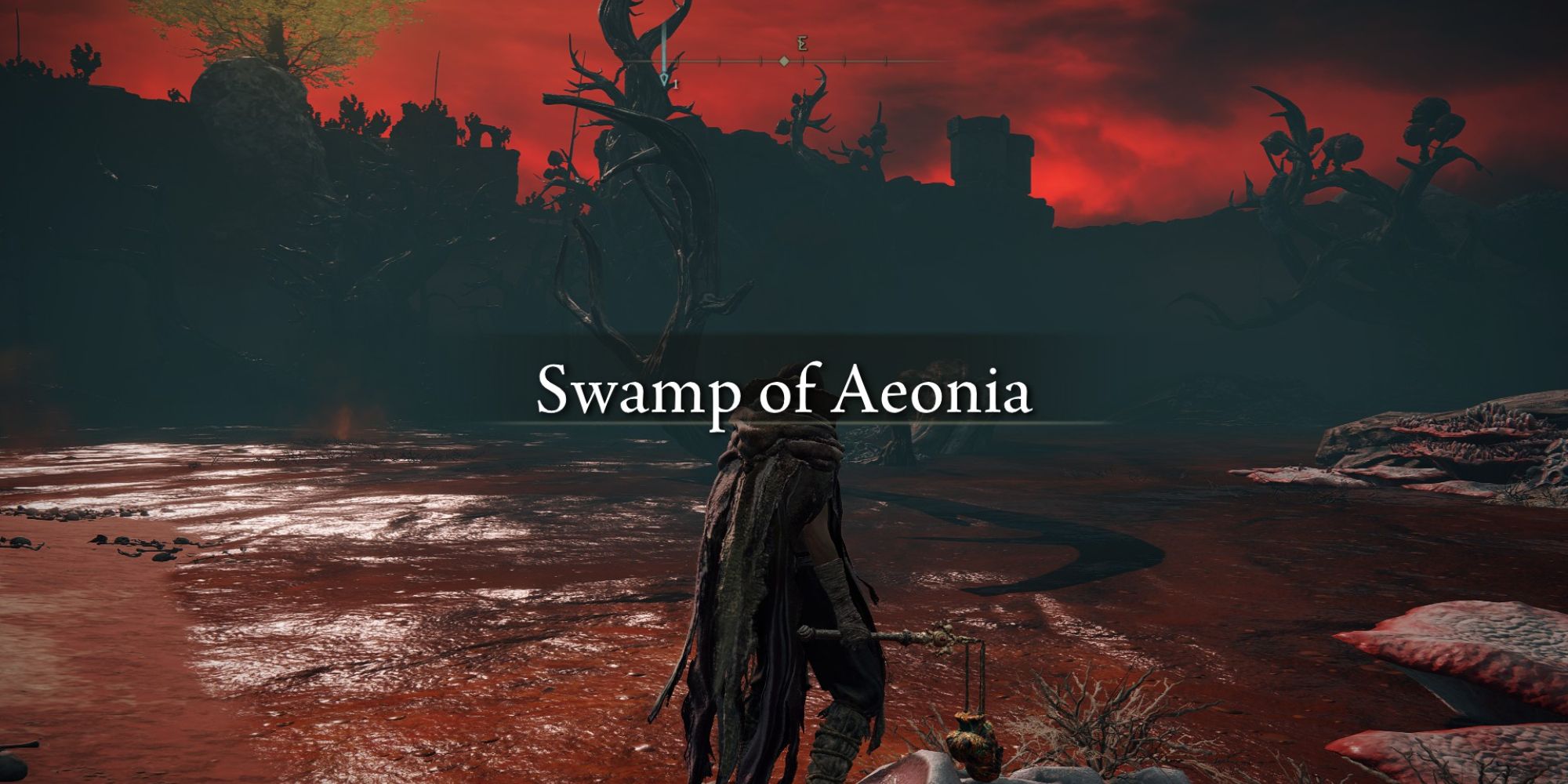 In many ways, Elden Ring is the culmination of From's Soulsborne games. That's not to call it its greatest game or that it's inherently trying to succeed them, but you can feel the comfortable aspects of its legacy joining with the new elements, at times elevating it and in others restricting it.

A keen example of this is the Swamp of Aeonia. It is a gigantic swamp, and simply stepping foot in it rapidly builds up Scarlet Rot, the most severe poison in the game. On the other hand, you can simply bypass the threat entirely with Torrent. It takes away the urgency of the area, and the frustration too. Damn if it still isn't a horrifically gorgeous sight though. 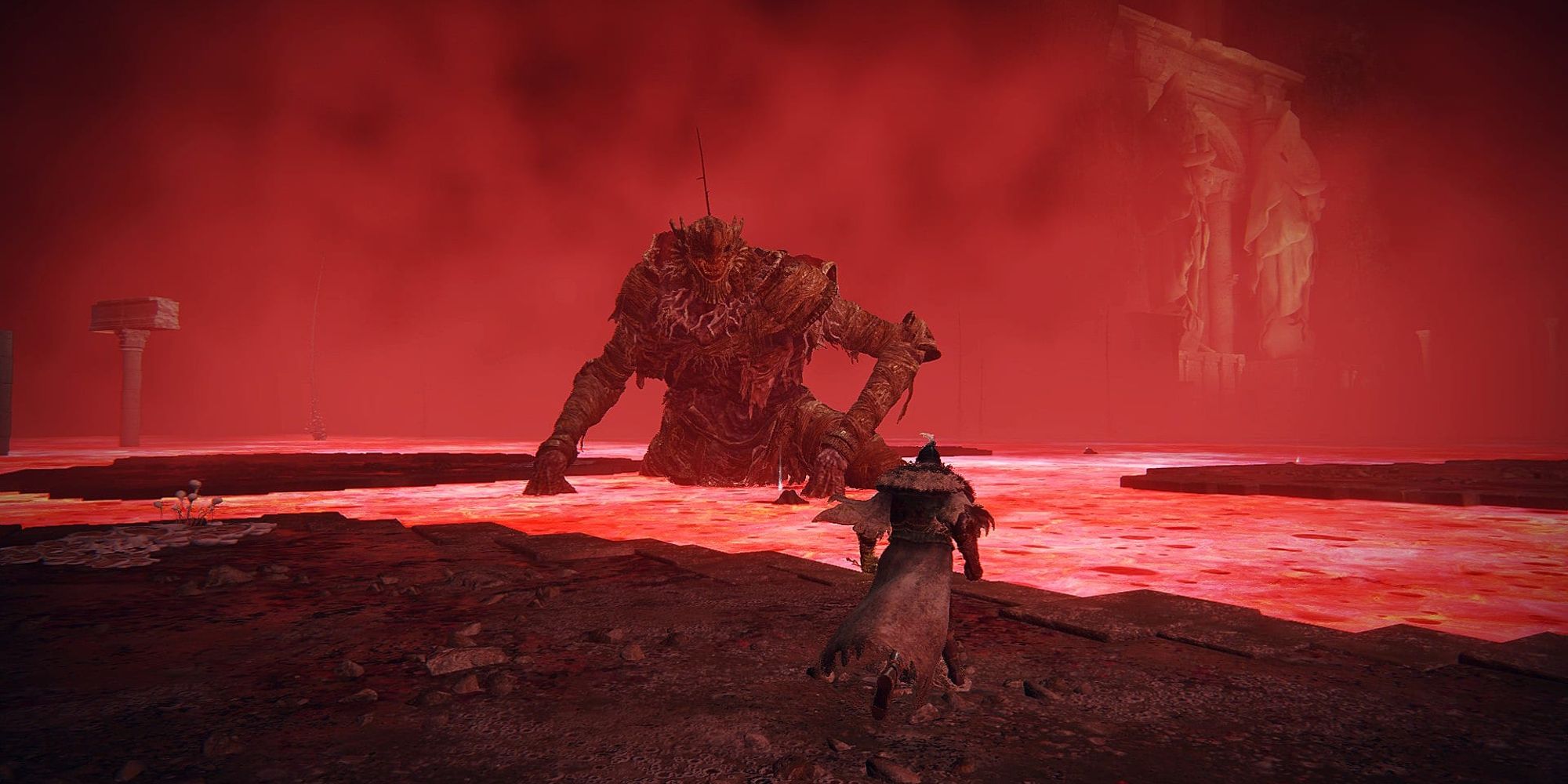 Another contender from Elden Ring, the Lake of Rot is rather self-explanatory. It is a giant lake of rot, more specifically Scarlet Rot, which plays a rather pivotal part in the greater lore of the world. Unlike many other swamps, both in the games and reality, it is deep underground in Ainsel River.

Now yes, it is not technically a swamp, but a lake. For the sake of Soulsborne games, it fits the required criteria of being needlessly toxic, overly large, and packed with powerful enemies. The Lake of Rot does not give you Torrent to glide your way across, so prepare yourself for plenty of deaths. 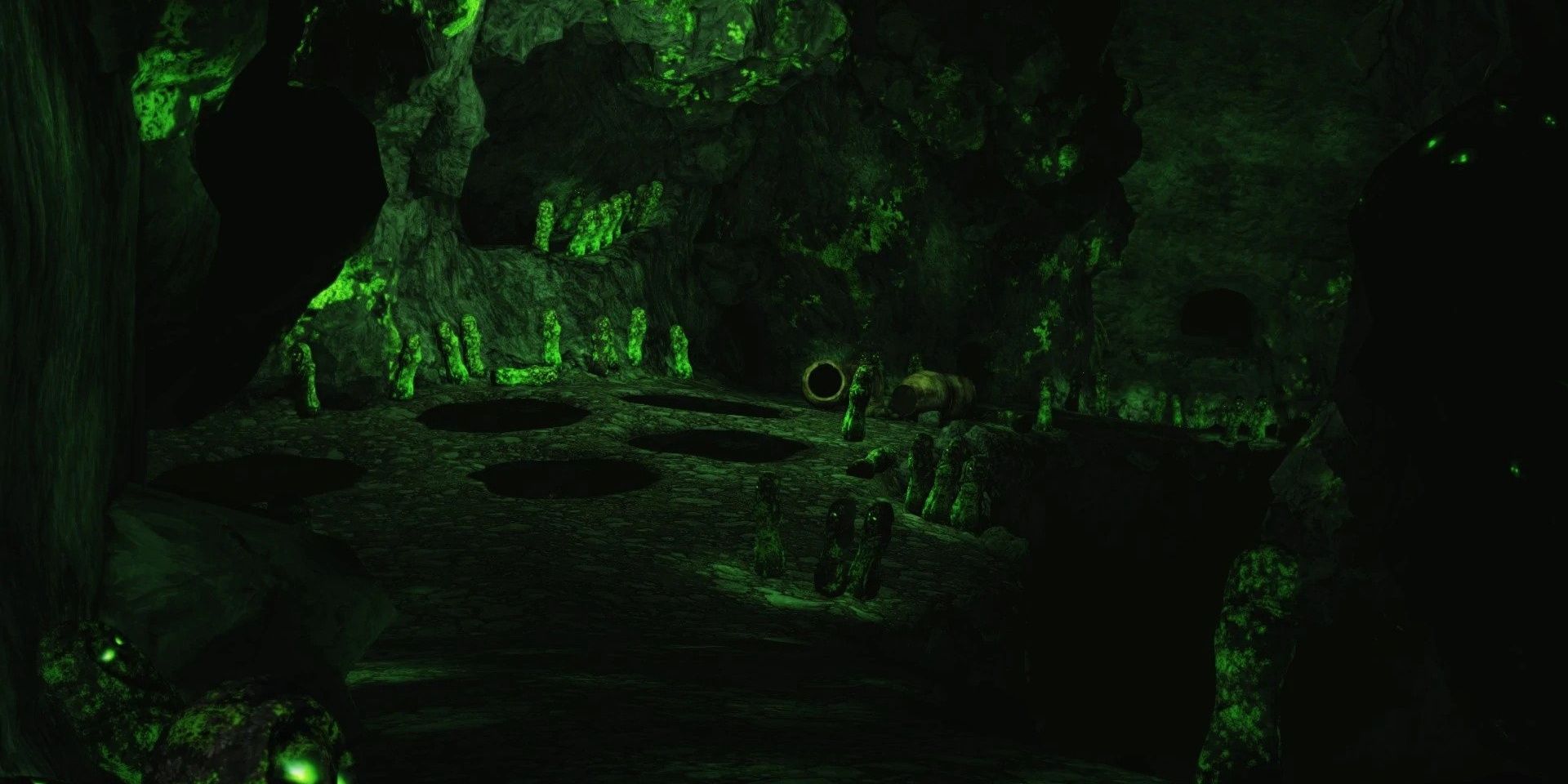 Dark Souls 2 holds an interesting relationship amongst fans of the franchise and is by all means the most polarising entry. In many ways, it feels less cohesive and over-stuffed with content compared to the original and sequel, yet comes packed with so many unique ideas that would massively influence Elden Ring.

So it's in that ironic sense that no, Dark Souls 2 doesn't strictly feature poison swamps at all. Black Gulch feels more like an honourary mention, fitting the requirements without hitting basically any of the marks the English language would define as a 'poison swamp'. There are no murky waters to trudge through, but so, so many statues that spit poison at you, and plenty of frustratingly placed enemies to push you over the literal and metaphoric edge. 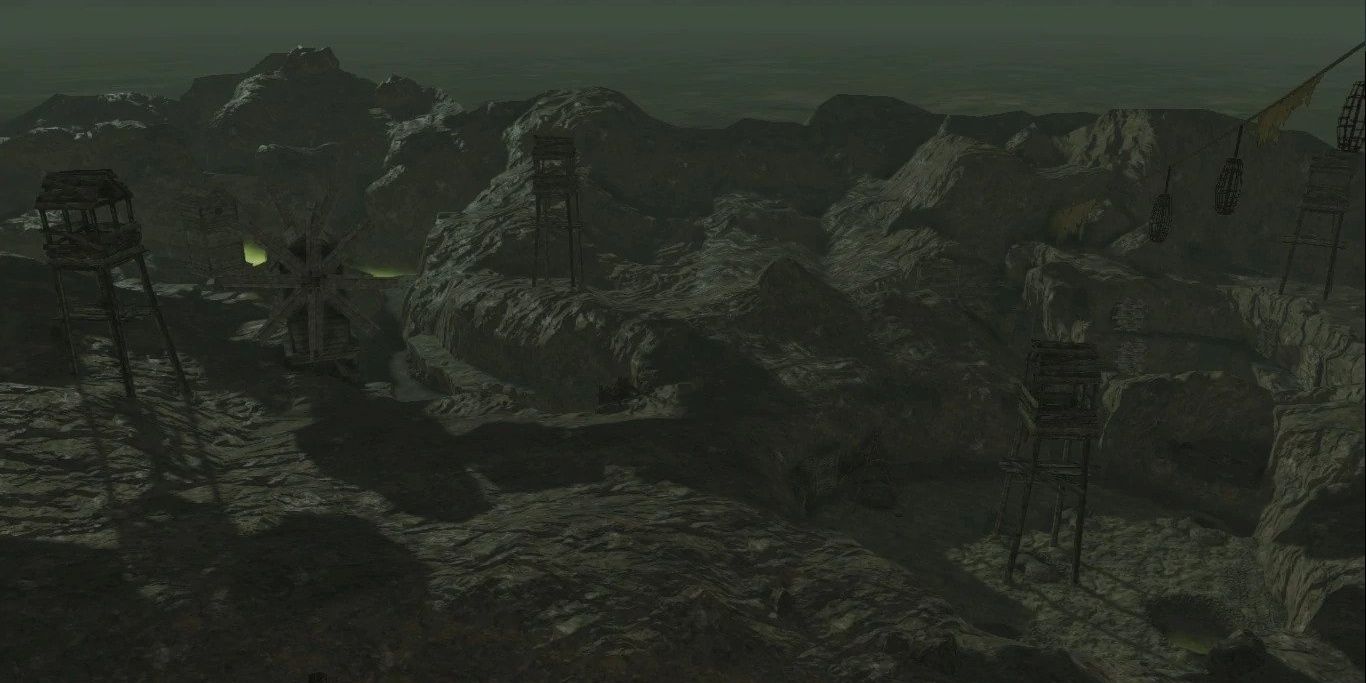 Now, when it comes to something that fits the more traditional Soulsborne poison swamp, Harvest Valley ticks all the boxes. The area is more famed (or infamous, more precisely) for how its successor area, Earthen Peak, doesn't strictly make geographic sense, but that's aside from the wonderful poison qualities of the valley.

Harvest Valley is brilliantly twisted and layered and is an enjoyable area overall. There's plenty of high ground to avoid the toxic troubles, but that's where all the best loot and side routes are hidden. It's funny that it's one of Dark Souls 2's better areas even though it's combined with one of the most dreaded sections of Soulsborne games. It even appears in the Dreg Heap of Dark Souls 3. 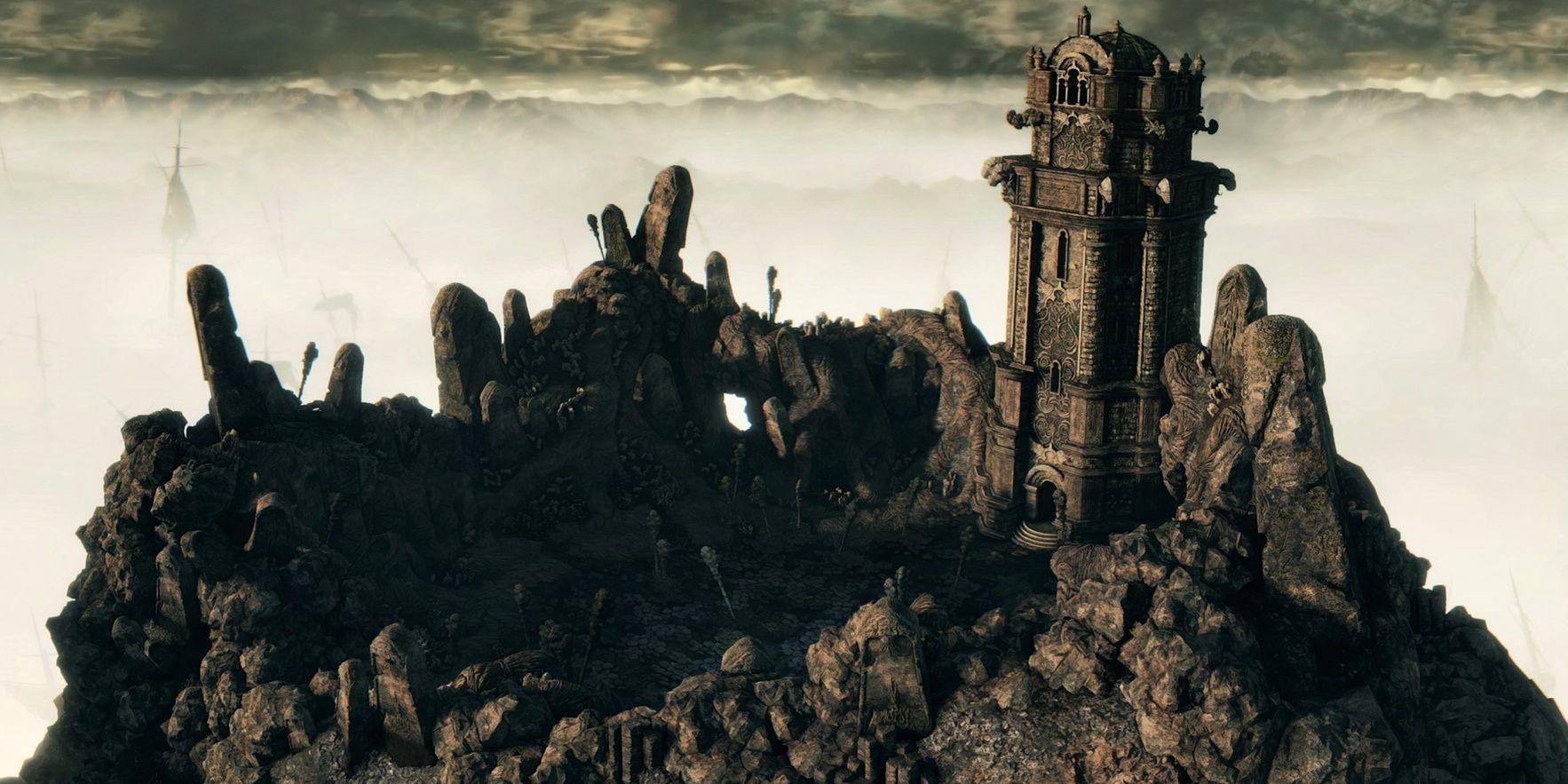 Bloodborne is a special game, and one of the most unique that From has created. It takes the base Souls formula and speeds it up, punishing passive play and rewarding aggression. It also, funnil enough, has the least poison areas in all of the Soulsborne games.

Bloodborne's most prominent poison swamp is found in the aptly named Nightmare Frontier, because you'll feel true terror when Patches pushes you into it. Worse still, the area is fully optional, meaning you can even avoid the poison altogether. It's a struggle to emerge alive from the cesspit of bad dreams but feels delightfully self-aware without being too punishing either. 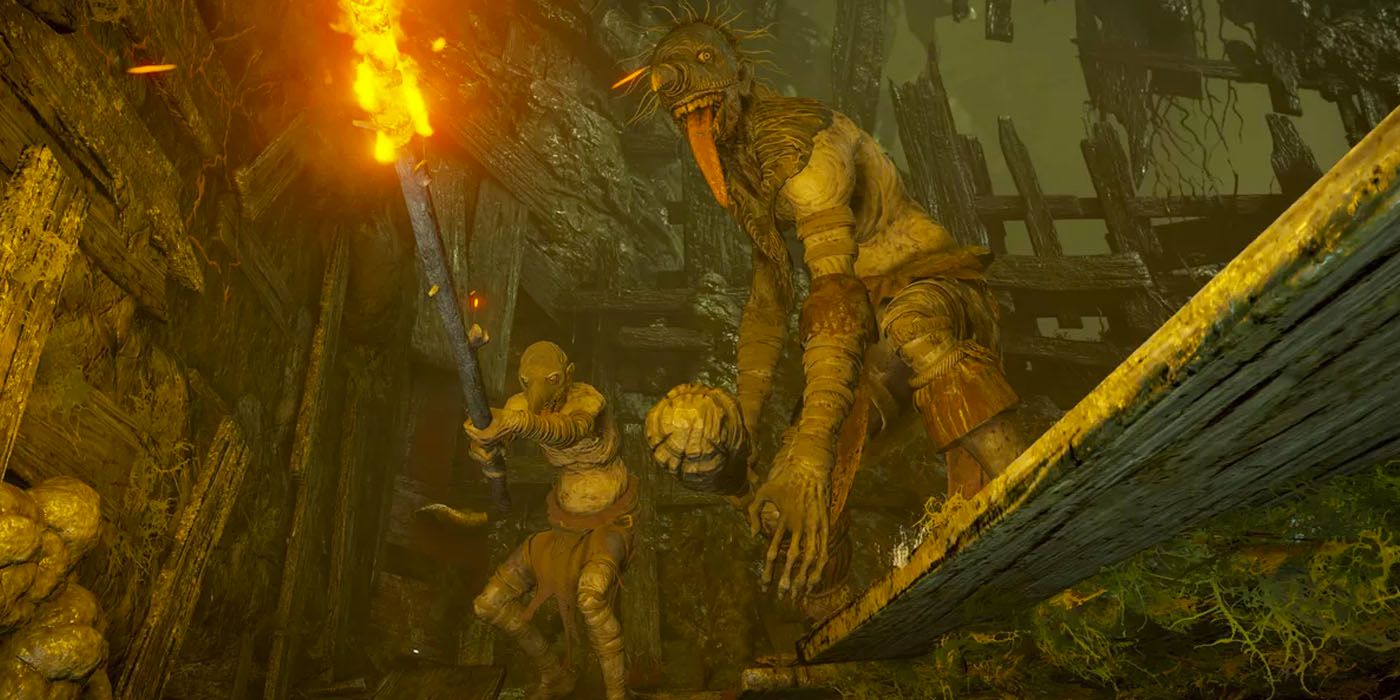 Demon's Souls, often overlooked as the original Souls games by Dark Souls, is the birth of so many of From's traditions. The Moonlight Greatsword may be older, but all the aspects of its multiplayer and how it design levels pull almost exclusively from here. 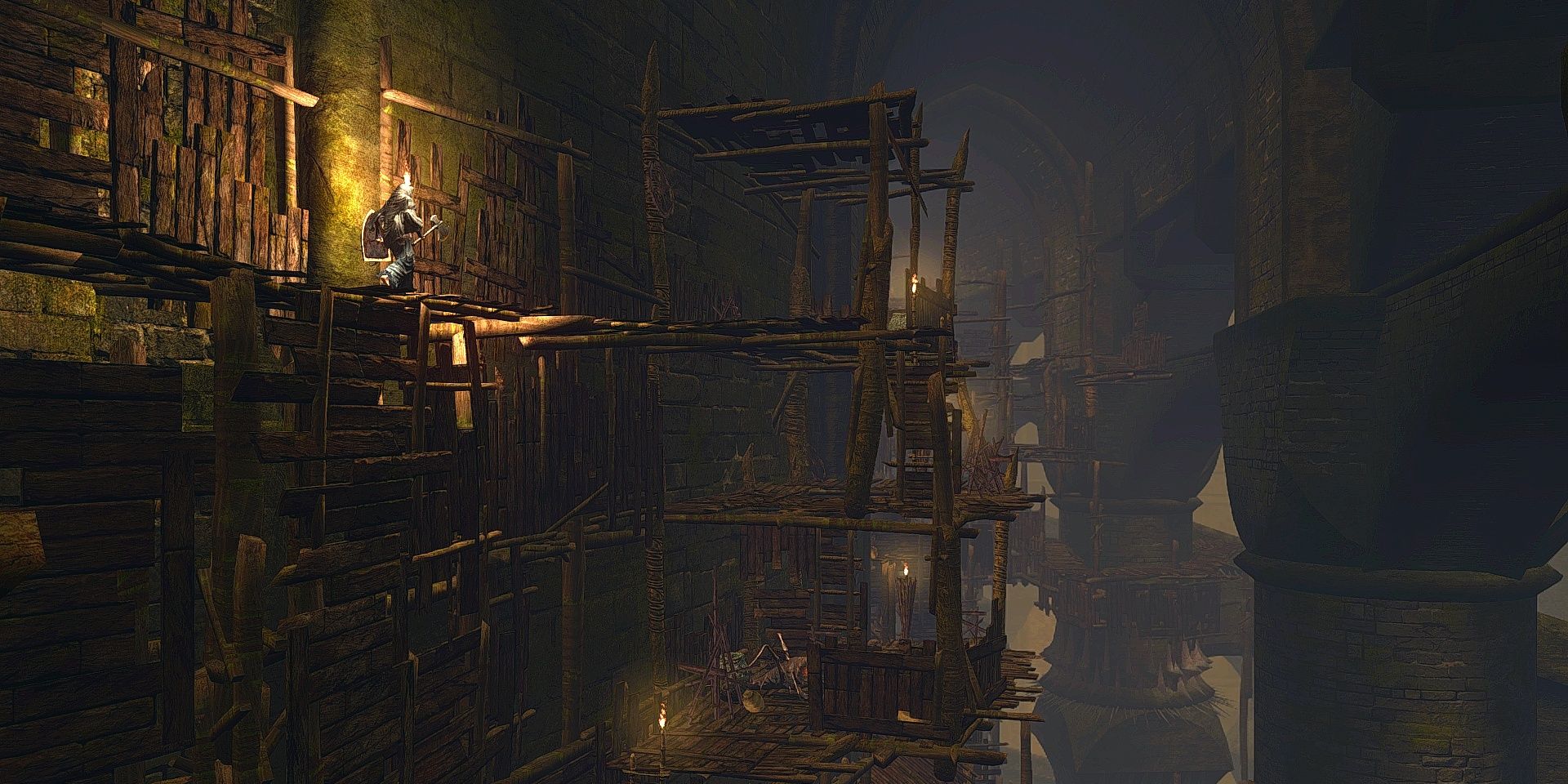 When Dark Souls came into this world, few could have imagined the runaway success it would be. It set the precedent for an entire genre, yet the game was far from fully functional on release. Blighttown became its perfect symbol.

In a world filled with such desolation and sorrow, you were beckoned to rise above it and challenge the established order. Blighttown is one of the greatest areas From has ever designed, yet it simply ran terribly in its original release. It had no lights, poison everywhere, dangerous drops, and a confusing layout. Yet it symbolised, even through awful performance, everything good about the game. Of struggling to overcome the pressures keeping you down.