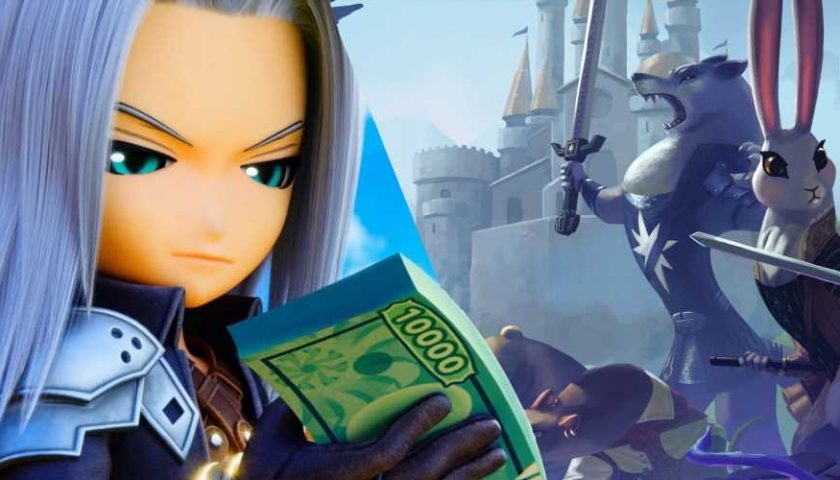 While single-player games are great, multiplayer games are a fantastic way to interface with the medium. One of the more interesting types of multiplayer video games mimics everyone's favorite group activity: board games. Many of these games are great for people who aren't typically big on classic video games because they are, inherently, just board games that you control with a gamepad.

However, some of these titles also offer a deep, engaging, and mechanically rich experience for those who want something more involved. Ultimately, there is a lot of variety in the world of board game-style video games. More than enough to entertain every type of person. Also, hey, a board game with none of the setup or cleanup, but all of the fun, is sorta the best of both worlds, isn't it? 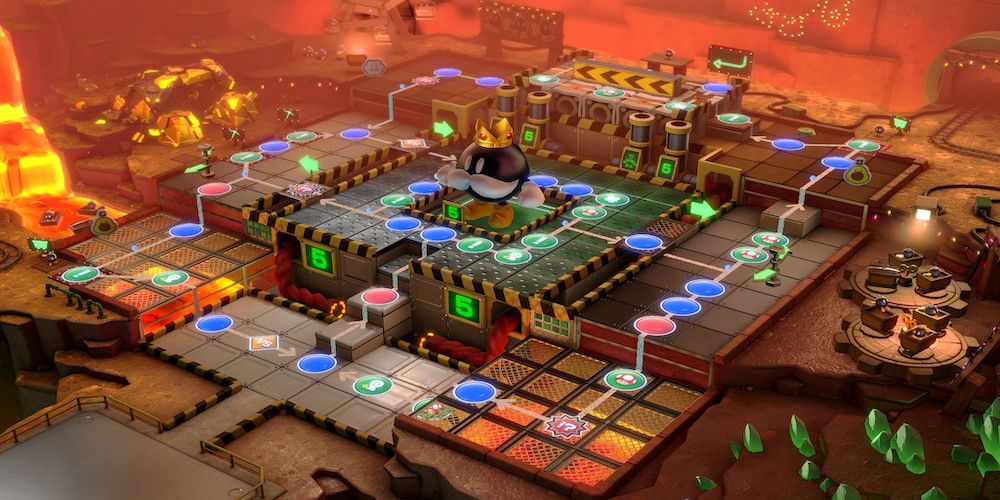 You can't talk about a board game-style video game without starting with the classic. Super Mario Party has been entertaining people (and destroying friendships) for decades now. It is appropriate for all age levels and for all skill levels. Admittedly, the board game aspect is pretty simple. Its primary focus is to act as the glue that holds the mini-games together.

However, it should be mentioned that those mini-games manage to emphasize novel interactions that tend to have a very low skill barrier, keeping Mario Party viable for most non-gamers. Also, don't sleep on the board game part, skillful item use will absolutely trump dominant mini-game play.

This delightful PlayStation title is, in a lot of ways, a reimagination of Monopoly, but set in a shopping mall. Here, you can purchase a new store when you land on an empty stall. However, when you land on someone else's shop, you don't just pay a flat rate. Instead, you are required to purchase an item. If a shop runs out of all of its items, it can be forcibly bought out. So, restocking your shops is an important element.

There are other nuances, like cards that trap your opponent on the floor they are on (the game board is vertical), forcing them to potentially have to purchase expensive items from built-up shops, but it is a game that will make sense almost instantly to anyone who plays it. Top Shop is a delightfully simple title that is perfect for someone looking for a pick-up-and-play game that everyone can enjoy. 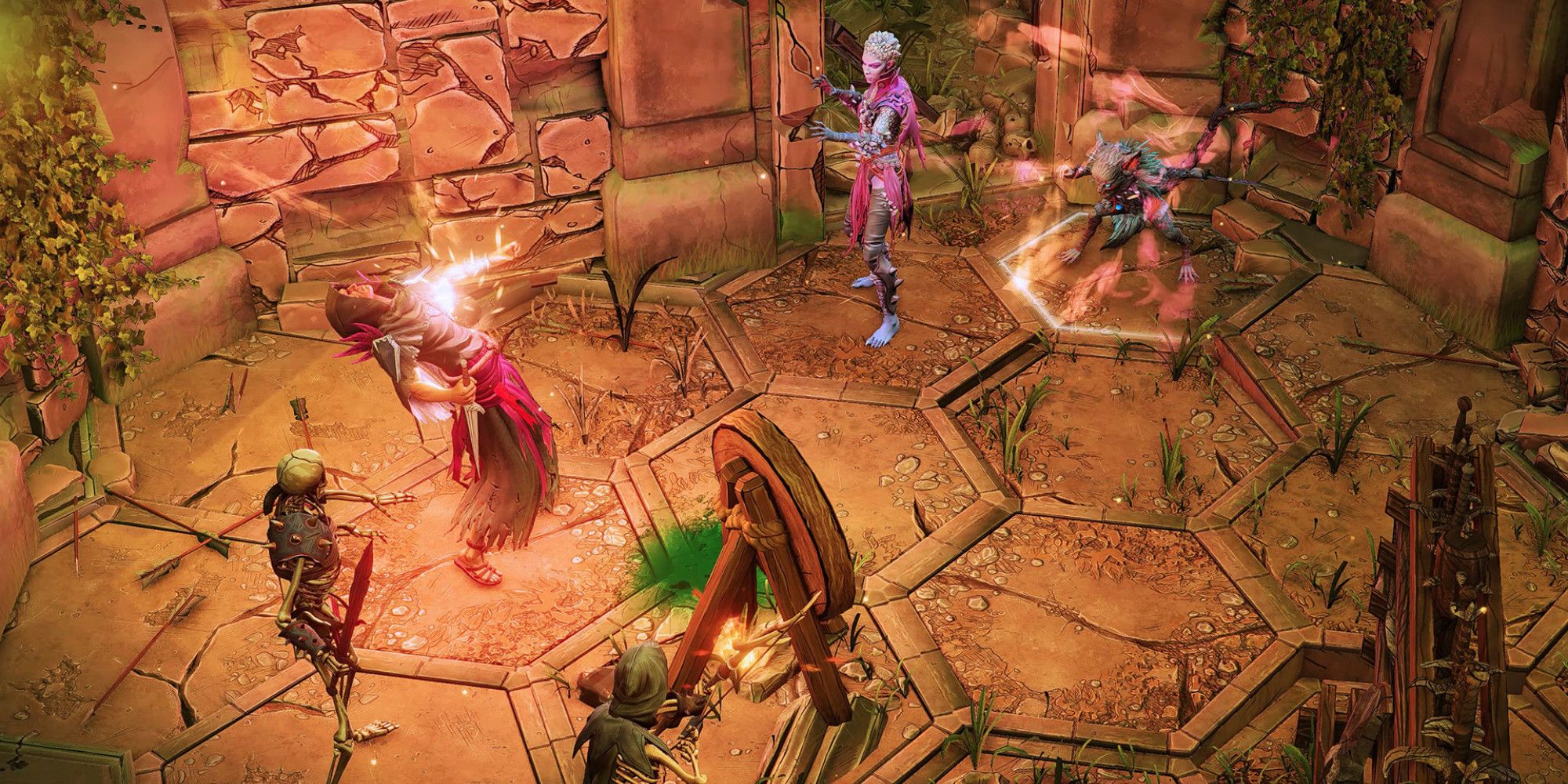 There are a ton of great digital editions of excellent board games out there. However, with Gloomhaven, the developers have gone the extra mile. This is an adaptation of Gloomhaven, but every element has been adapted to feel like a fully-featured video game. Gloomhaven always felt like it was as much a table-top RPG as it was a board game, so it makes sense that it would work so brilliantly as an uncompromised video game experience.

That being said, the one downfall is that Gloomhaven was always an enthusiast board game. One that isn't super pick-up-and-play friendly. It is also meant to be played in long sessions and a full campaign can be quite lengthy. So while it is an absolutely awesome time, it isn't great for a family game night scenario. Still, if you are looking for a top-shelf co-op RPG experience, Gloomhaven will absolutely provide you with one. 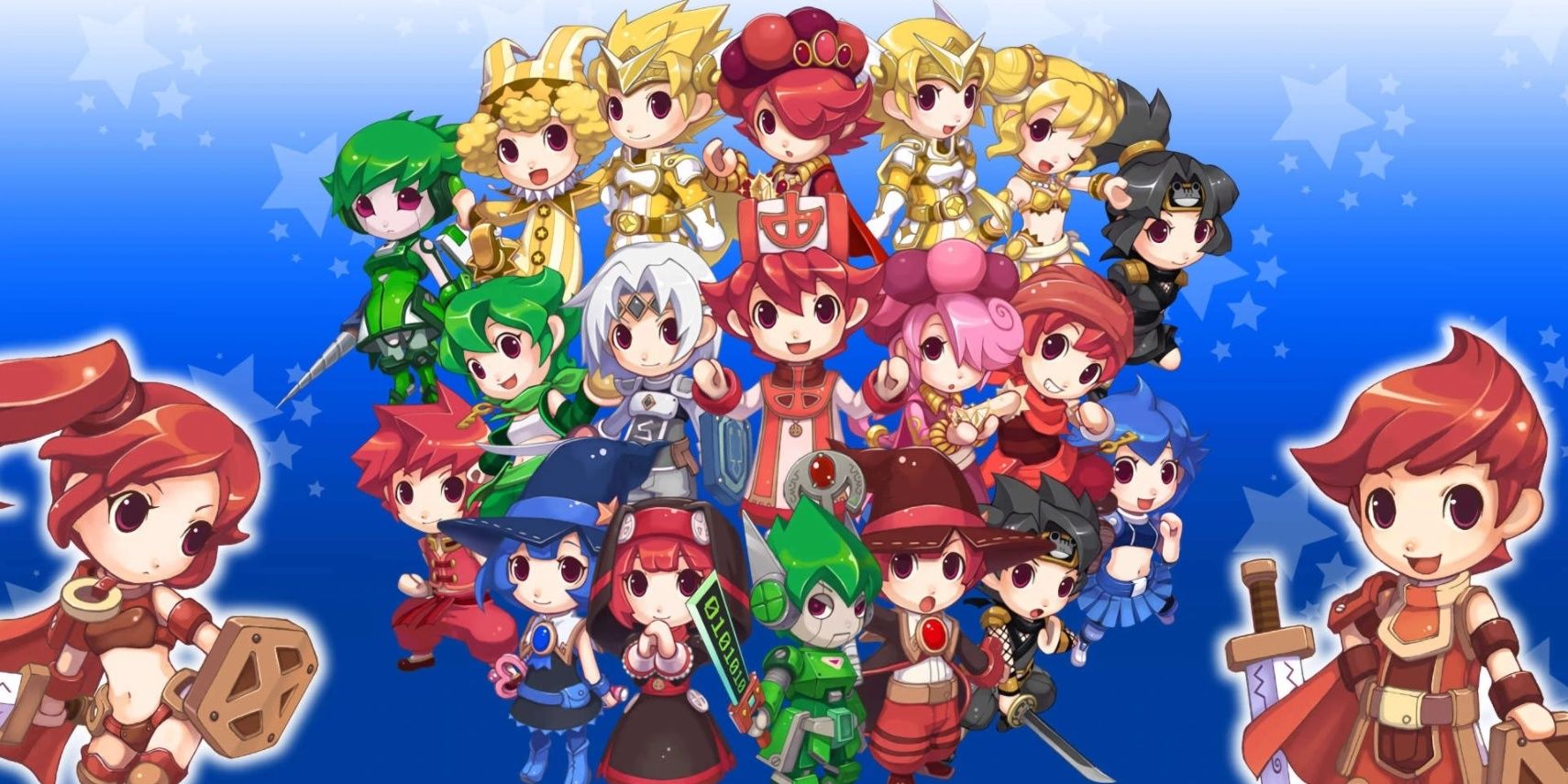 Dokapon Kingdom is like Final Fantasy meets Candy Land. It feels like a traditional JRPG that has been simplified into an adorable, little racing board game. You will level up, you will upgrade your equipment, and you can even change your job class. It has all that good RPG stuff, though it is all very, very simple.

Dokapon is an approachable board game interpretation of a JRPG style game. It has some of the topsy-turvy balance of a Mario Party title, but that can make for a lot of fun when played in a loose, casual setting. Too bad you are going to have to sell your firstborn to acquire a copy.

For The King is like a simplified table-top RPG. It feels like a fun, streamlined version of Dungeons And Dragons. The world map is a hexagon-tiled board. You will roll the dice for skill checks, and explore. The combat has a traditional turn-based style, but it doesn't get bogged down in minutia.

Ultimately, that simplicity is the greatest strength of For The King. It acts as a fantastic middle-ground for people who want to dip their toes in a table-top roleplaying experience, but want to ease into it. It provides a fantastic co-op experience that isn't too overwhelming.

Journey Of Greed is an indie game exclusive to the PC. You will use your cards to manipulate the board, damage your opponents, and build your treasury up. The goal is, unsurprisingly, to accumulate loot. There is a push-your-luck mechanism at play as well, as you can choose to escape, which will allow you to bank all your coins, but it will also prevent you from reaping future rewards. That isn't even getting into the fact that the players all build the board itself dynamically.

All-in-all, Journey Of Greed is a super fun, easy and breezy title. It also moves very, very quickly. Games aren't long, which can be a heaven send when it comes to board game-style video games. Overall, it is a quality experience that is worth a look.

This beautiful RedWall-esque title has a lot going for it. Armello has a deck-building element. There is dice rolling. There is questing. You will battle baddies, you will explore dungeons, and, if you are lucky, you will fight back the ever-encroaching rot.

While Armello maybe has a little too much going on to say that it is great pick-up and play fodder, it never feels too overwhelming. It also features a randomized game board and multiple ways for you to claim victory. This means that once you get the hang of it, this is a game that is perfect for revisiting multiple times.

So, Monopoly isn't the best board game ever made. However, what it does provide is a great baseline to build on top of. That is exactly what the Fortune Street games do. Here, you purchase properties and try to build them up. You will also obtain a number of chance cards that add an element of chaos. That all probably sounds pretty familiar, but here is the flourish: Fortune Street allows you to invest in properties that are not your own.

That's right, you can buy stocks in someone else's properties. This means that if someone manages to acquire a number of linked properties, you can heavily invest in that area. When they level those properties up to increase their value, your stocks will rise in value alongside them. This can put players in a pretty spicy scenario where they want to increase their properties value, but run the risk of putting you in a winning position. The stocks change everything! It also doesn't hurt that the player pieces are all notable characters from Final Fantasy and Dragon Quest.

Culdcept is played on a number of different game boards. Each board will have various areas that have an elemental alignment. Each player also has a deck of cards. Their deck will contain monsters, weapons, items, and spells. Place your monster on a tile that matches their elemental alignment and they will receive a defense buff. You can level that tile up to increase the buff. You can battle for tiles using your monsters, pairing them with equipment.

Everyone can see your cards, but they don't know which card you have selected. The power of an incredibly strong weapon is the threat of using it. This means that you can win fights on the threat of a weapon alone. This is just one element that comes into play in the brilliant Culdcept. We are just scratching the surface here. You will be able to build your deck of cards to suit your style of play. And there are many ways you can win a match. You can play in teams, or alone, and no matter what, everyone will win new cards. It is just an incredible time.