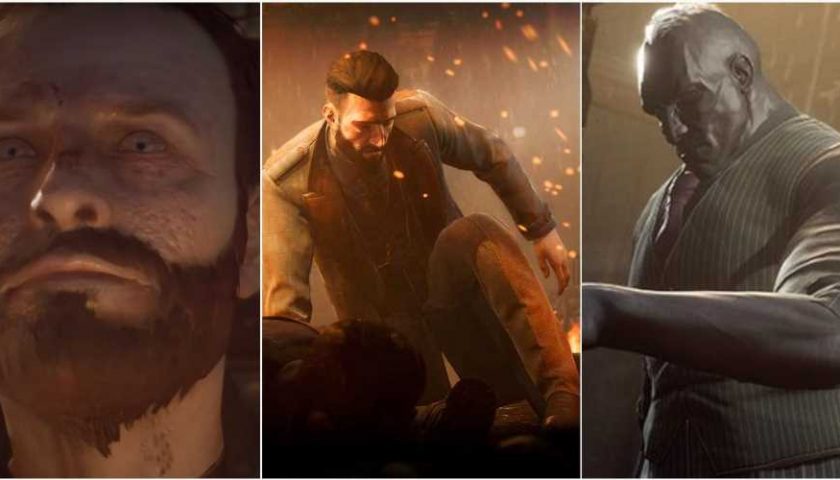 Dontnod Entertainment's foray into the vampire, dark fantasy genre resulted in their 2018 launch of Vampyr. An interesting and fresh outlook into vampires set in 1918's London, Dr. Jonathan Reid is reborn as a young, powerful Ekon in order to defeat an ancient evil.

Caught between the need to feed and the oath to save, Jonathan adapts and navigates his new life as he discovers the identity of his Maker and why he was turned. However, there are some questions in Vampyr that still linger in the back of our minds.

8 Why Does Morrigan's Awakening Only Happen In London? 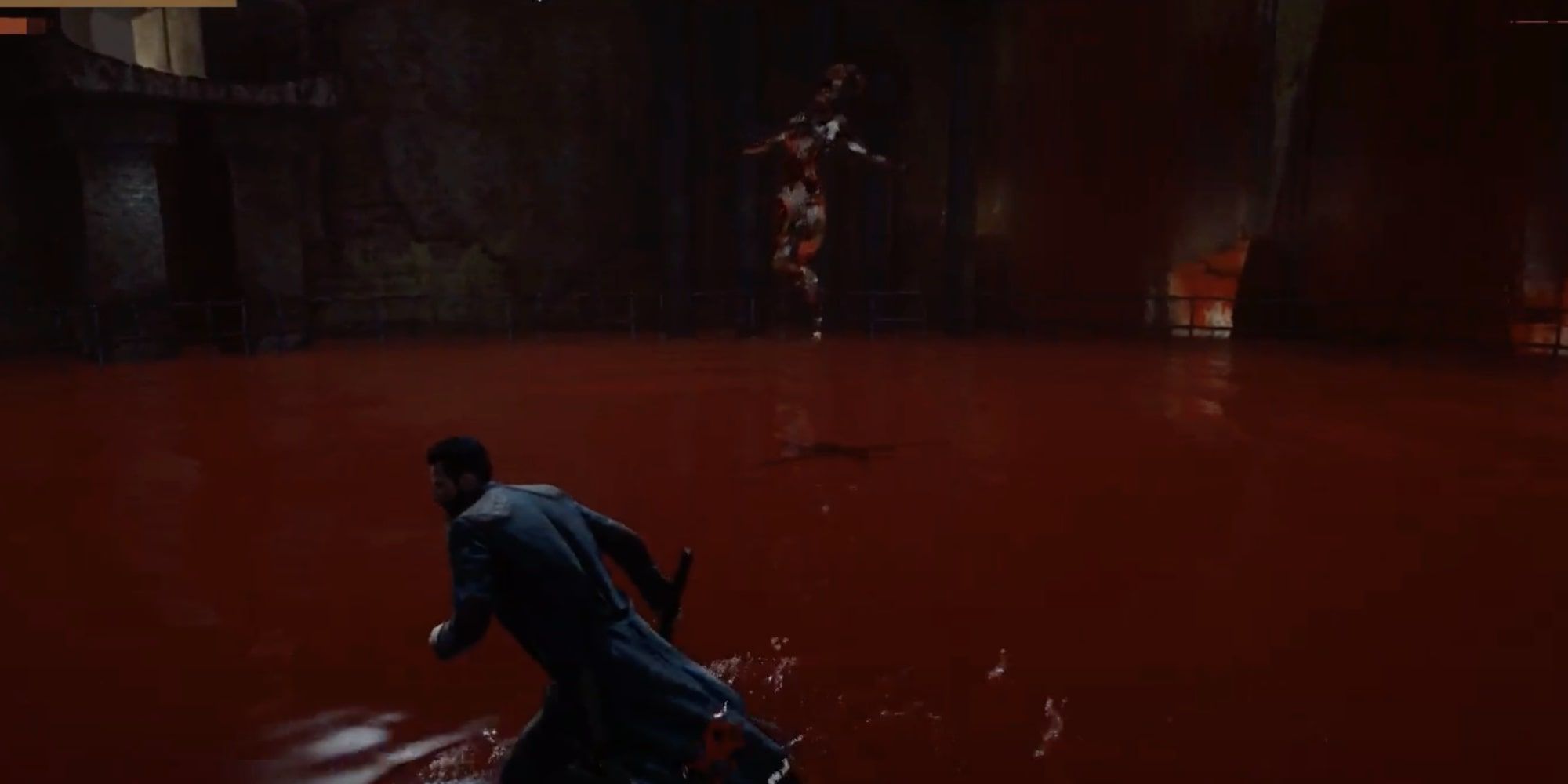 Jonathan Reid eventually discovers that Harriet Jones is technically a vessel for the Red Queen's awakening. His Maker, Myrddin, tells him that the Red Queen is the Celtic goddess of war Morrigan.

However, Jonathan's investigations reveal that the famous London Fire of 1666 was a similar occurrence to the Red Queen's awakening. But we do not get to hear of other awakenings in different parts of the world. So, what's so special about London that the Red Queen only awakens there? Is it because London is a veritable cesspool compared to other cities in the 1900s? Or is it simply a plot device?

7 Is There A Possibility Of Other Mystical Creatures Aside From Vampires? 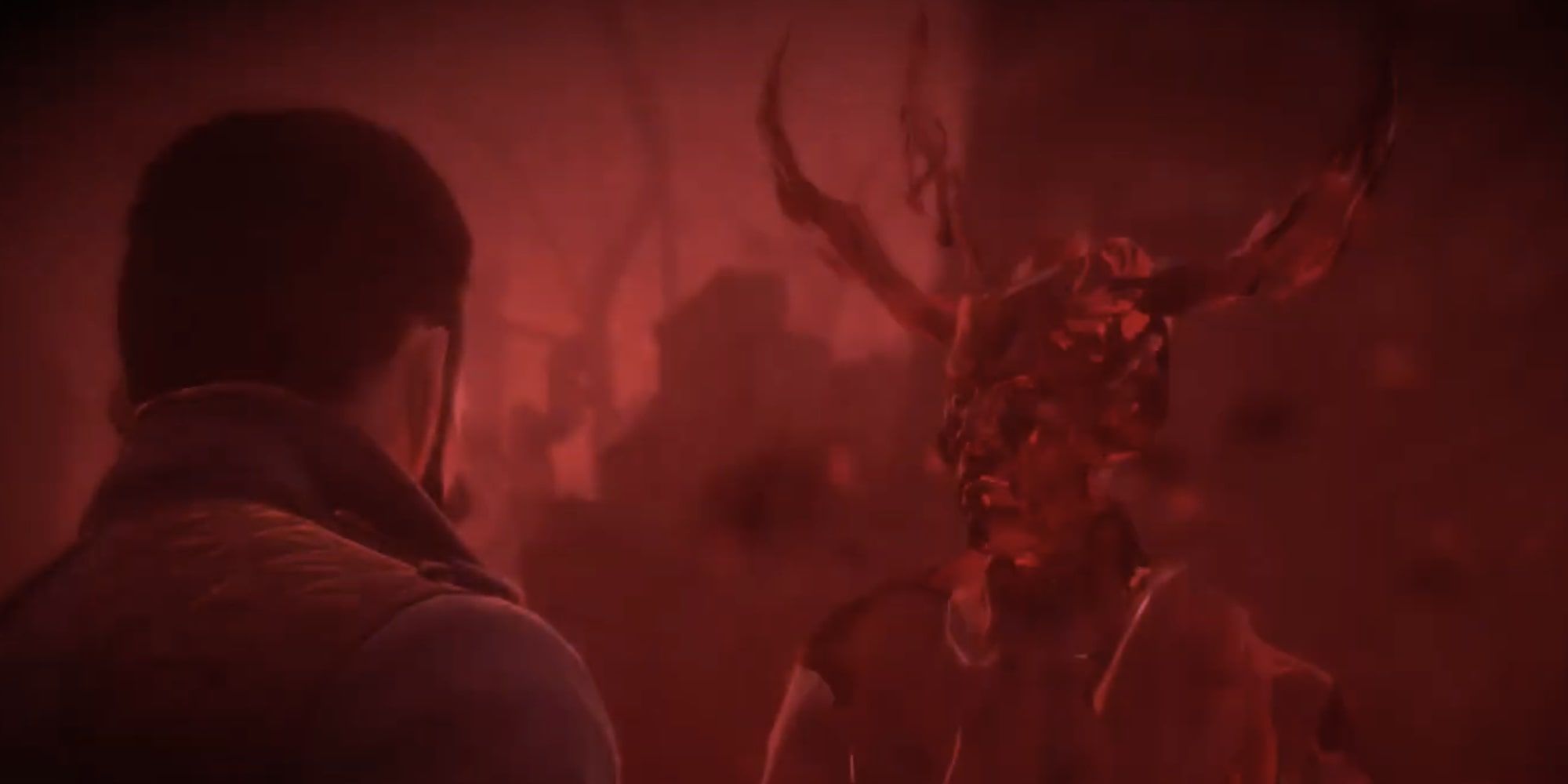 Near the end of the game, Jonathan Reid learns that King Arthur is also another one of Myrddin's Progeny. He seemed to be set on the same task as Jonathan, although it was never specified if he faced the same threat.

According to Myrddin, he spoke about Arthur felling a dragon, to which Jonathan reacted with ridicule and disbelief. Since Myrddin speaks in riddles, could it be another metaphor for the Red Queen's awakening? But if it isn't, is it possible that vampires aren't the only mystical creatures in existence in the Vampyr universe? 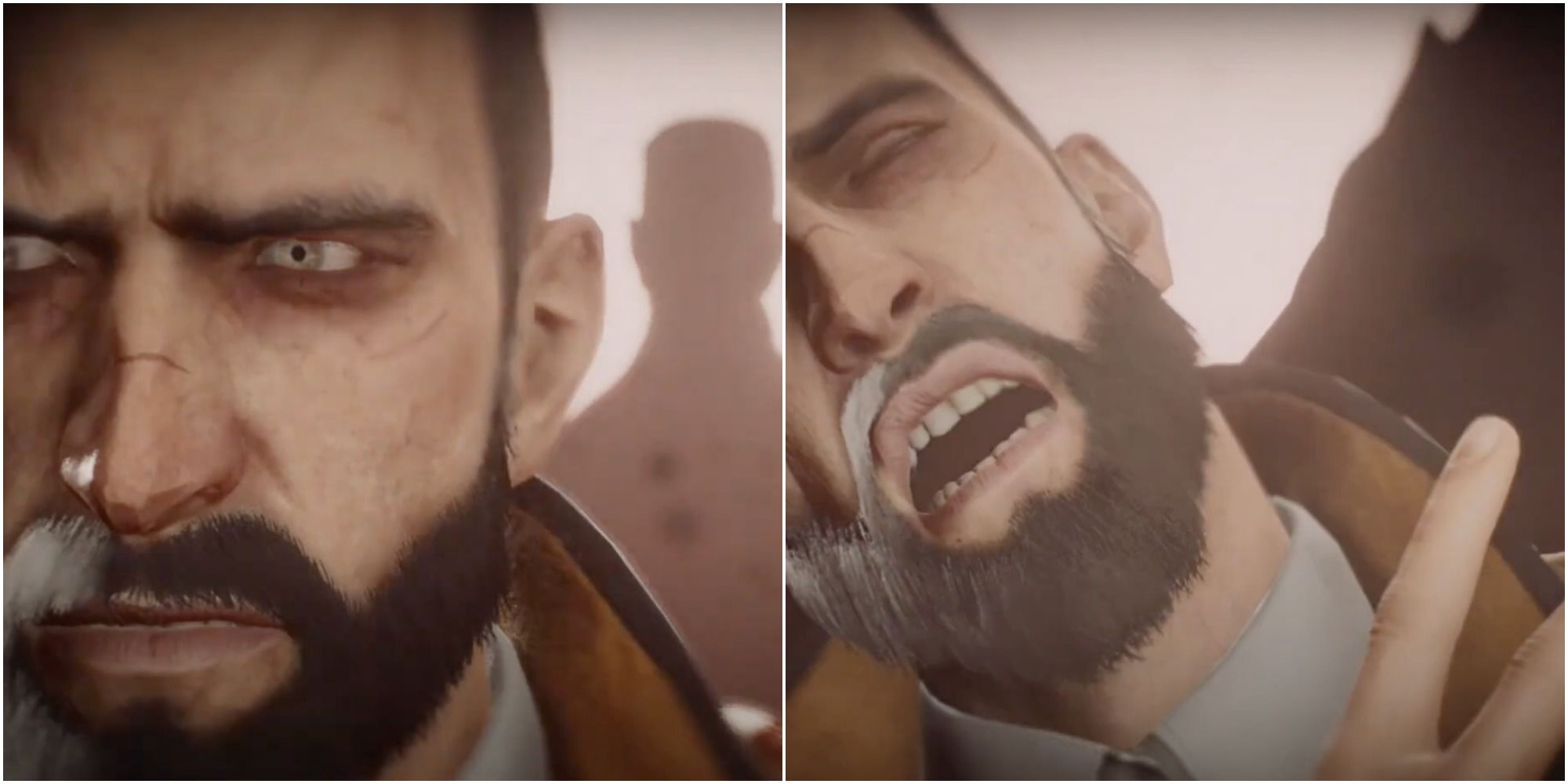 Jonathan Reid's Maker is none other than Myrddin Wyllt, otherwise known as the infamous Merlin in the Arthurian legends. Myrddin turned Jonathan since he found him to be the suitable candidate as his champion in defeating the Red Queen.

However, Jonathan is resentful for being turned and ended up killing his sister Mary. Even Lady Ashbury said that his Maker's treatment of him was too cruel. So why couldn't he be there to guide Jonathan? It didn't seem to be the case when Myrddin turned William Marshal.

Is it because of his ethereal form? Or perhaps he was too busy tracking the Red Queen? But wouldn't it be better to guide the champion meant to defeat her?

5 How Are Sewer Beasts Made? 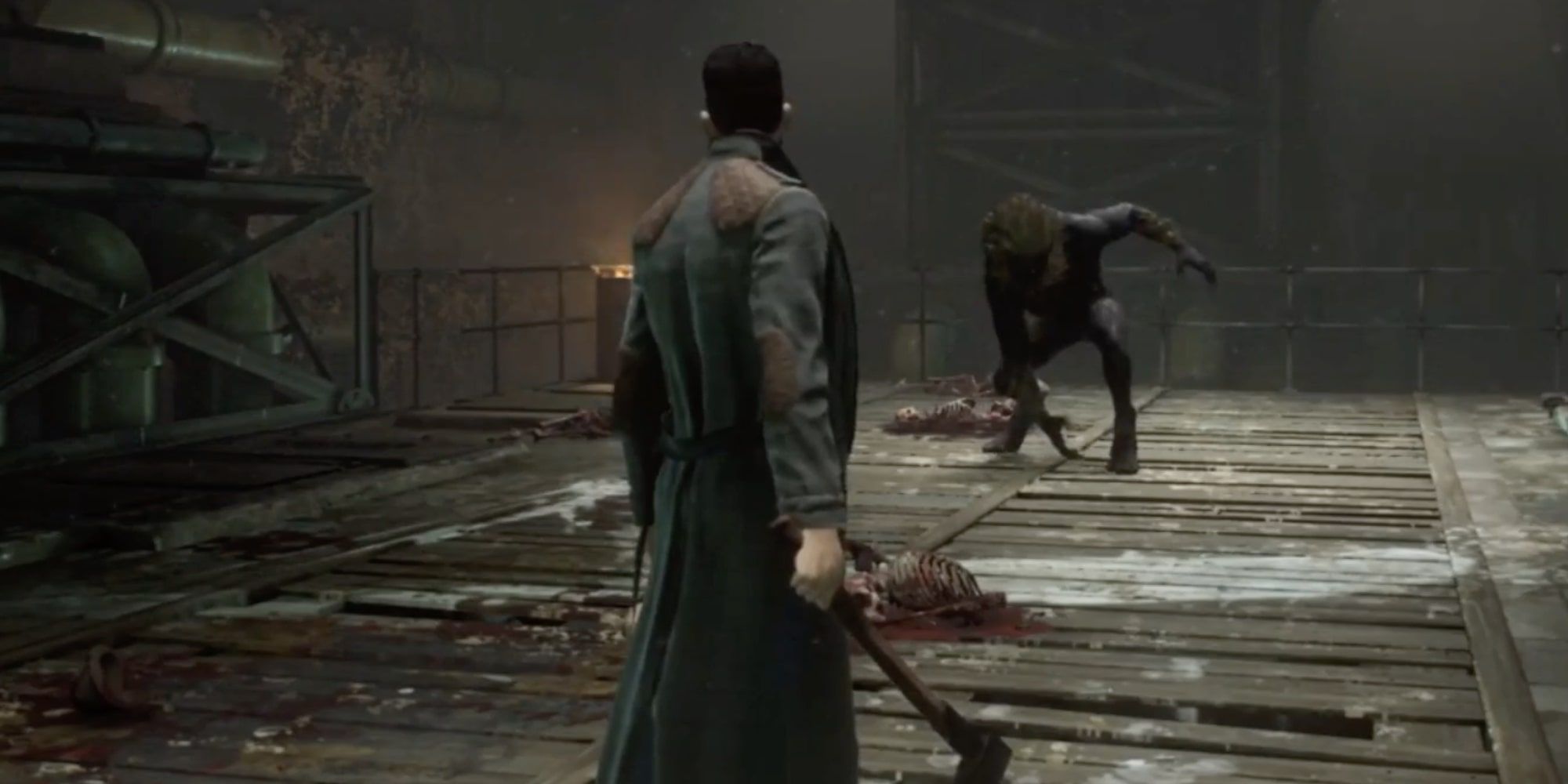 Jonathan Reid first encounters a Sewer Beast in…well, the London sewers. One of the first bosses of the game, Sewer Beasts look akin to werewolves, but they yearn for blood like any other vampire.

However, Sewer Beasts seem to have lost to their baser instincts, being as territorial as they are aggressive. We get somewhat of an explanation of how Ekons and Skals are made, but Sewer Beasts remain a mystery.

4 How Can Sean Hampton Stand Being Around Holy Relics? 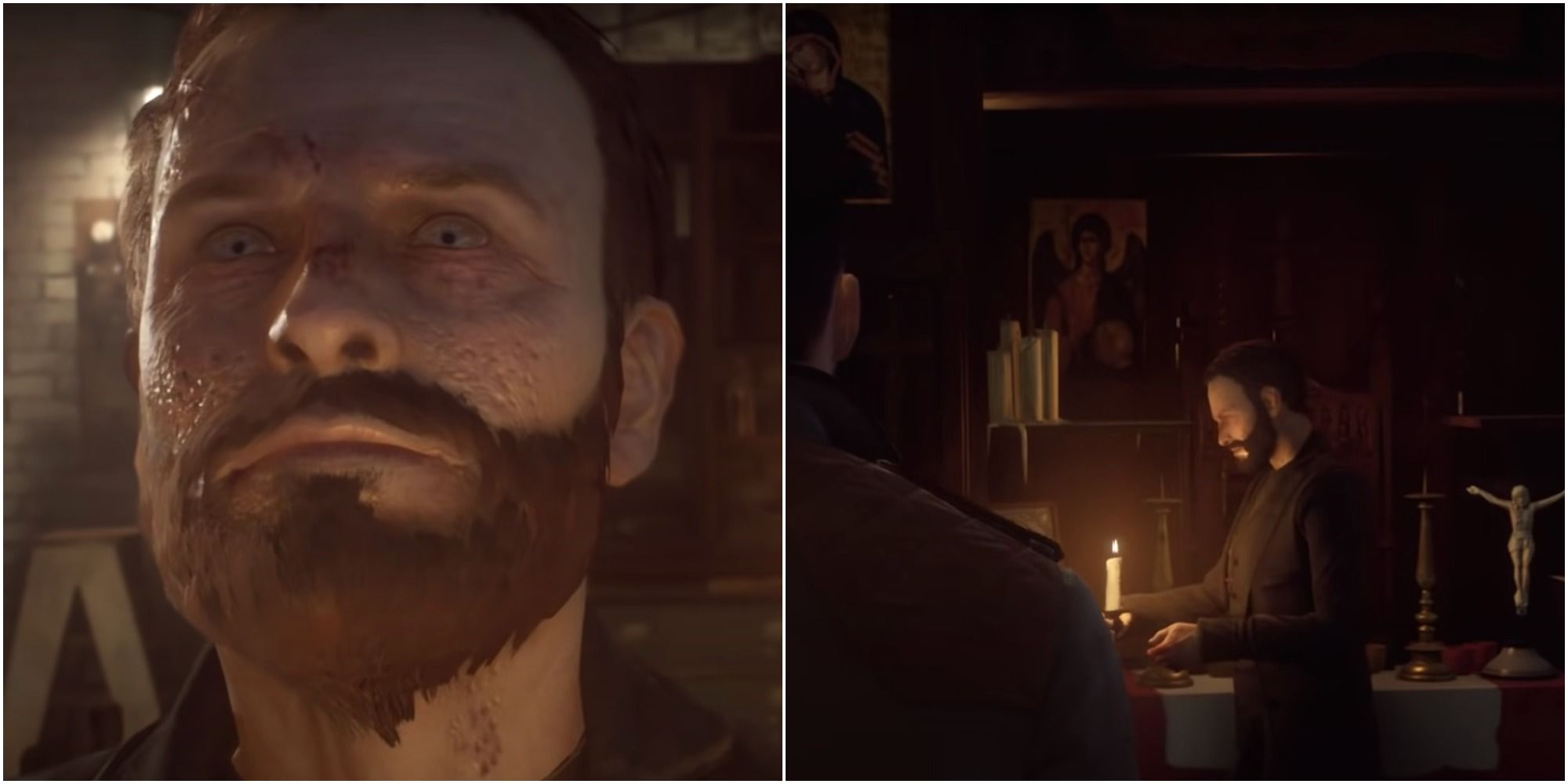 Sean Hampton, also nicknamed 'The Sad Saint of the East End', is a religious and altruistic man who works to help the homeless in Whitechapel. Jonathan meets him during his encounter with William Bishop, not realizing that Sean has been infected with vampirism as well.

Unlike Jonathan, Sean turns into a Skal. Jonathan thought Sean killed Harriet Jones and many others, only to realize that he didn't. In a scene before the main choice, Jonathan asks how Sean could stand to be around holy symbols. But Sean simply says that he is not bothered by them. Does his faith help him tolerate them somehow? Is this some sort of evolution or is Sean merely bearing through the pain?

3 How Do Old Bridget And Her Group Of Skals Retain Sanity? 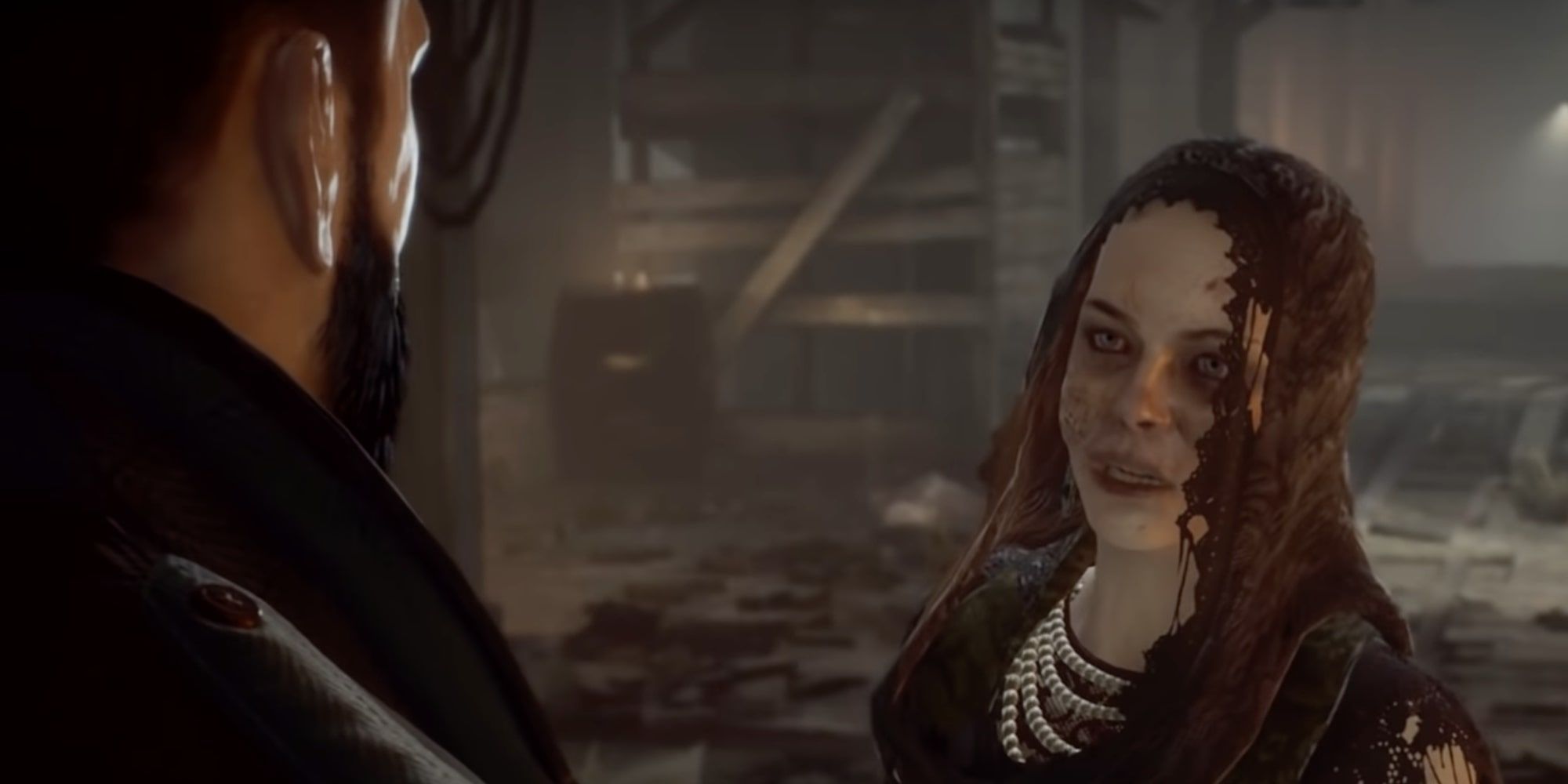 In 'The Sad Saint of East End' quest, Jonathan meets Old Bridget, the protector, and leader of the Skals. We see that she and her group of Skals retain their sanity and are not hostile as the Skals above ground.

Even Sean holds on to his sanity a while longer but eventually becomes ravenous and bloodthirsty if you spare him. In a sense, Ekon blood sustains Skals but why are some Skals sentient while others (like those you fight in the streets) are aggressive? Are their wills stronger than the hostile Skals?

2 What Is It About Holy Relics That Repels Vampires? 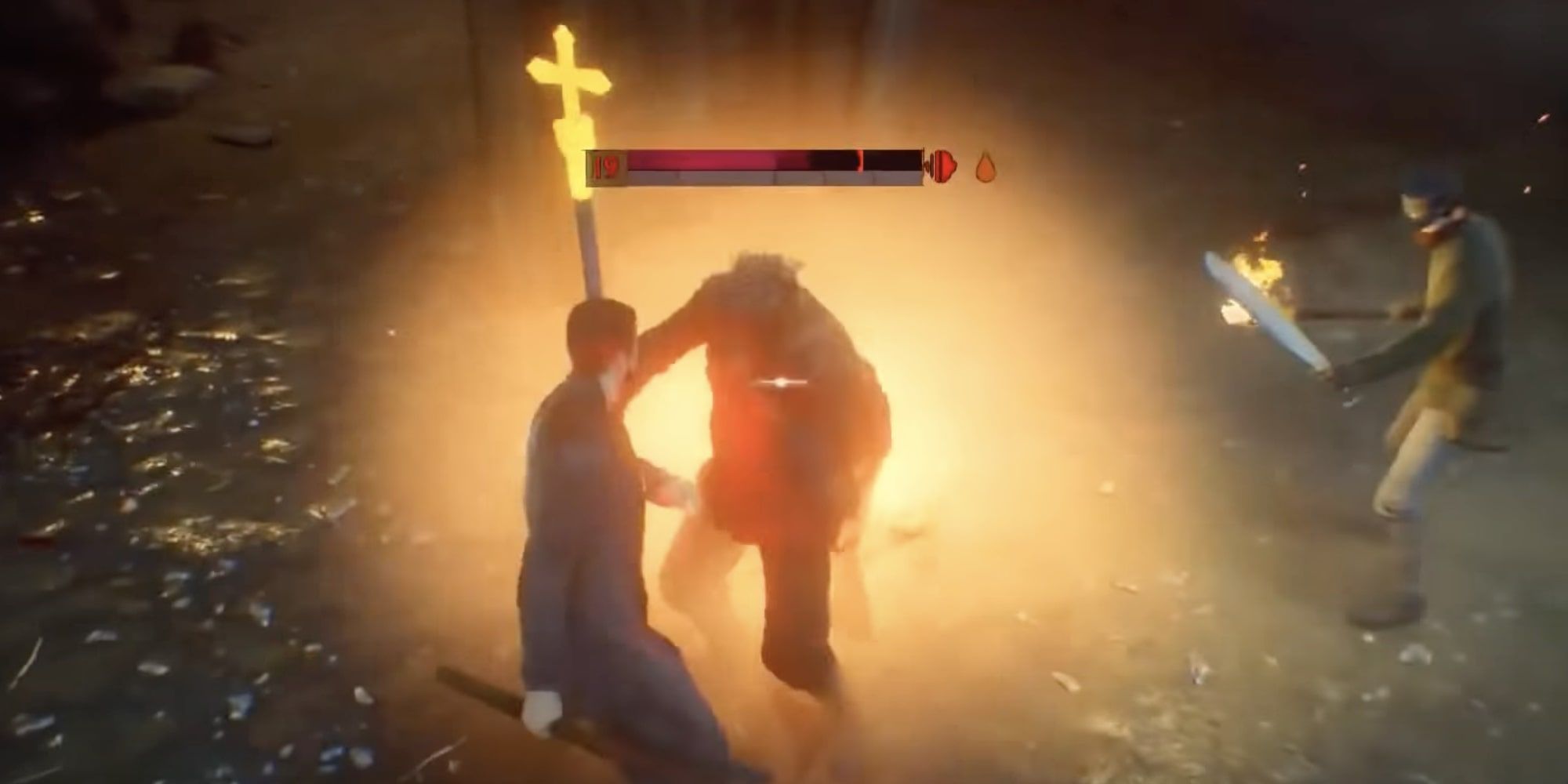 In popular culture, vampires are able to be repelled by religious symbols and holy relics. But in Vampyr there's a bit of a grey and muddy area that needs to be cleared.

For example, when Jonathan fights McCullum, the latter says that he has been drinking King Arthur's blood in order to strengthen himself. You discover later that King Arthur was actually Myrddin's Progeny, and thus a vampire. This holy relic turns out to be just the blood of an older vampire. So what exactly is it about holy relics that repels vampires like Jonathan when it's just another vampire's blood?

Also, as mentioned before, Sean Hampton does not feel repulsed when near holy relics. The mystery behind vampires and supposed 'holy' relics continues…

1 How Does Someone Become A Vulkod? 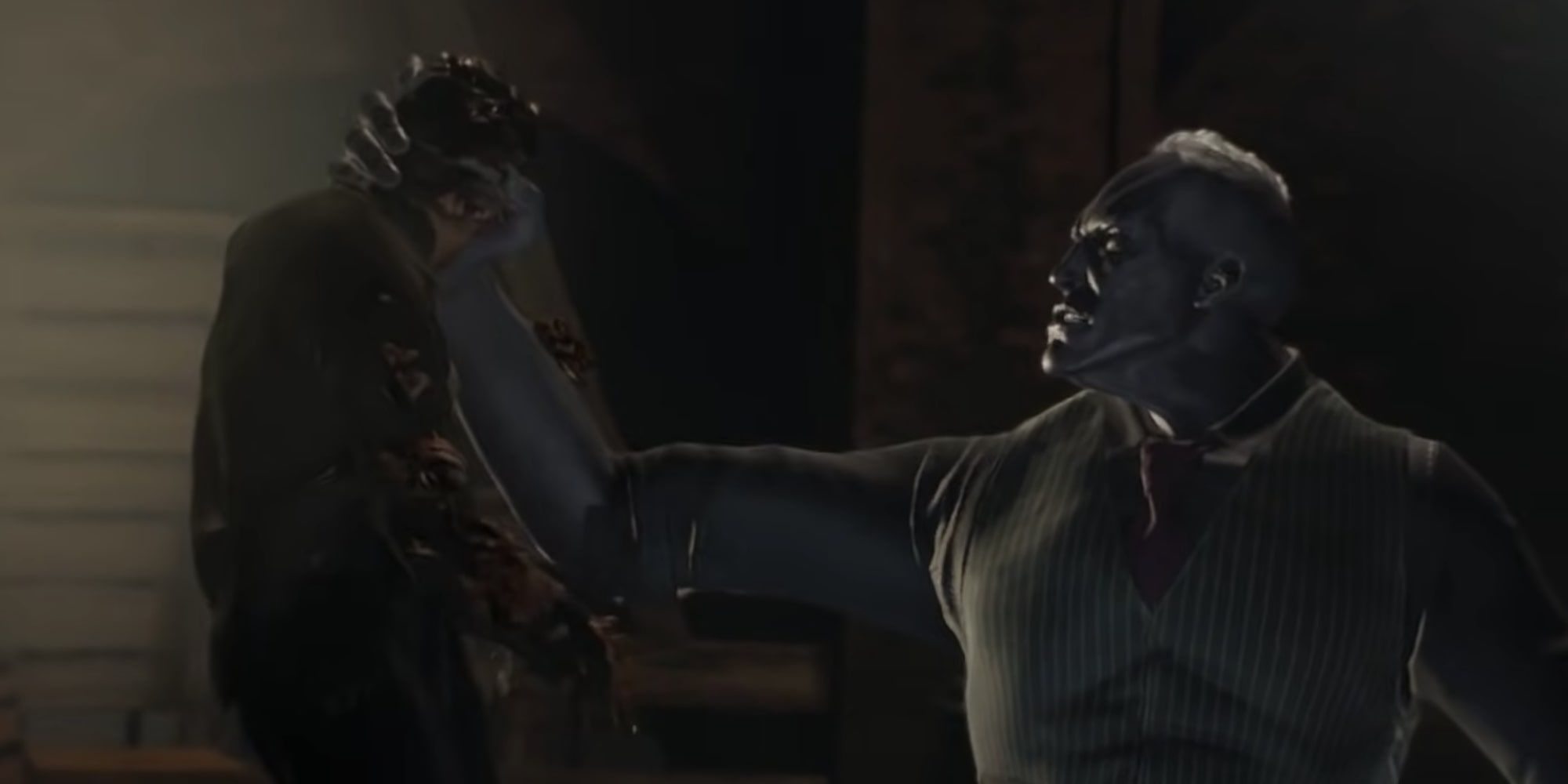 As it is with Sewer Beasts, a Vulkod is a branch of vampire that is far larger and more aggressive than Ekons and Skals. This is visibly seen through your fight with Fergal Bansha, but how does a human turn specifically into a Vulkod?

It can't have been the human's build, because if you embrace Thelma Howecroft, her friend Thomas Elwood becomes a Vulkod. And Elwood is thin and frail due to the war. Must a Vulkod be the one to infect a human so that it'll turn into another Vulkod? It remains an enduring mystery.