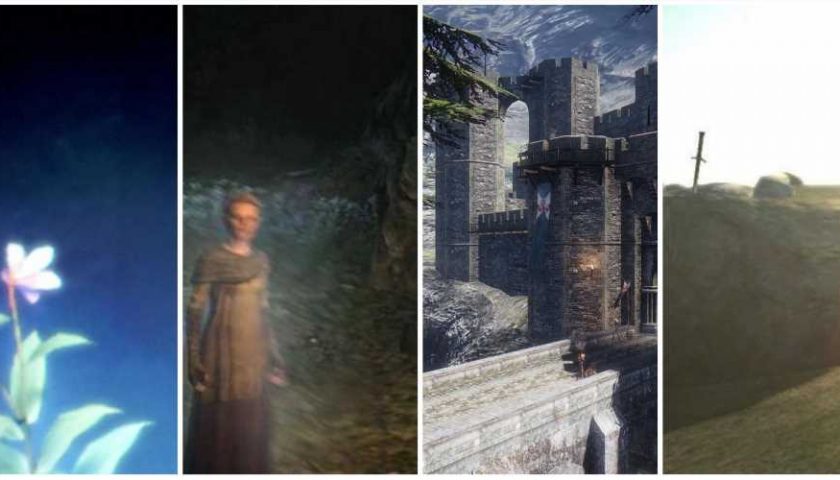 Dropping into Dragon's Dogma means dropping into an enormous world chock-full of areas to explore. Its massive open world contains the potential for adventure, both along the beaten path and in the middle of nowhere. Some places are just a hop away from Gran Soren, but some are so obscure that they take hours to reach, and that's if you're looking for them.

While not every location is consequential to the story, most at least hint at something in the world's extensive lore. Experiencing them yourself will help you understand just how deep the lore rabbit hole goes, and most contain some sweet loot that you won't find anywhere else. 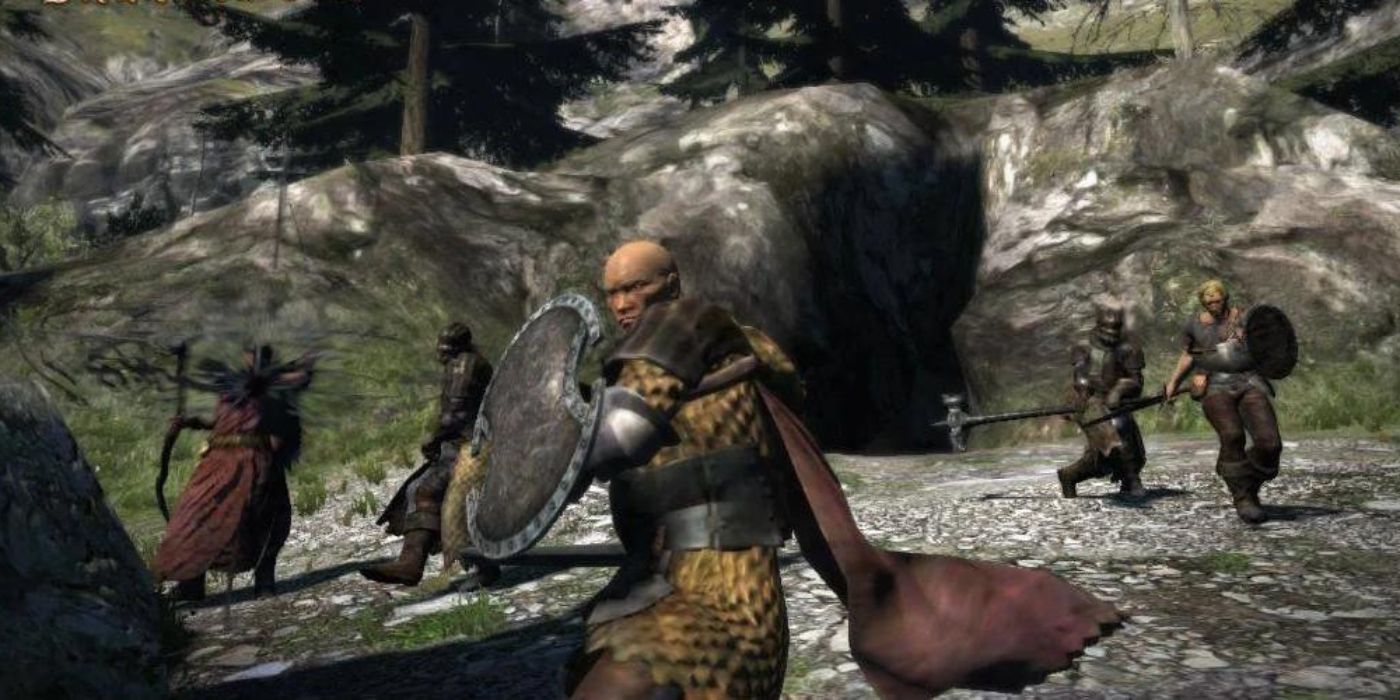 Tucked up just north of Prayer Falls, the Beast Cave is an obscure location that you'll probably miss unless you're looking for it. It takes a large part of a day to reach, and to get there you'll have to trek through the Cursewood, which is filled with Saurians and at least one Chimera. You probably won't even think about going there until at least Mid-game.

Once you conquer the horrors of the Cursewood, you'll be rewarded with… not much, actually. Despite its objectively cool name, the only things living there are a few bandits. There isn't even any good loot. Sometimes, locations are obscure for a reason: because there's no need for you to visit. 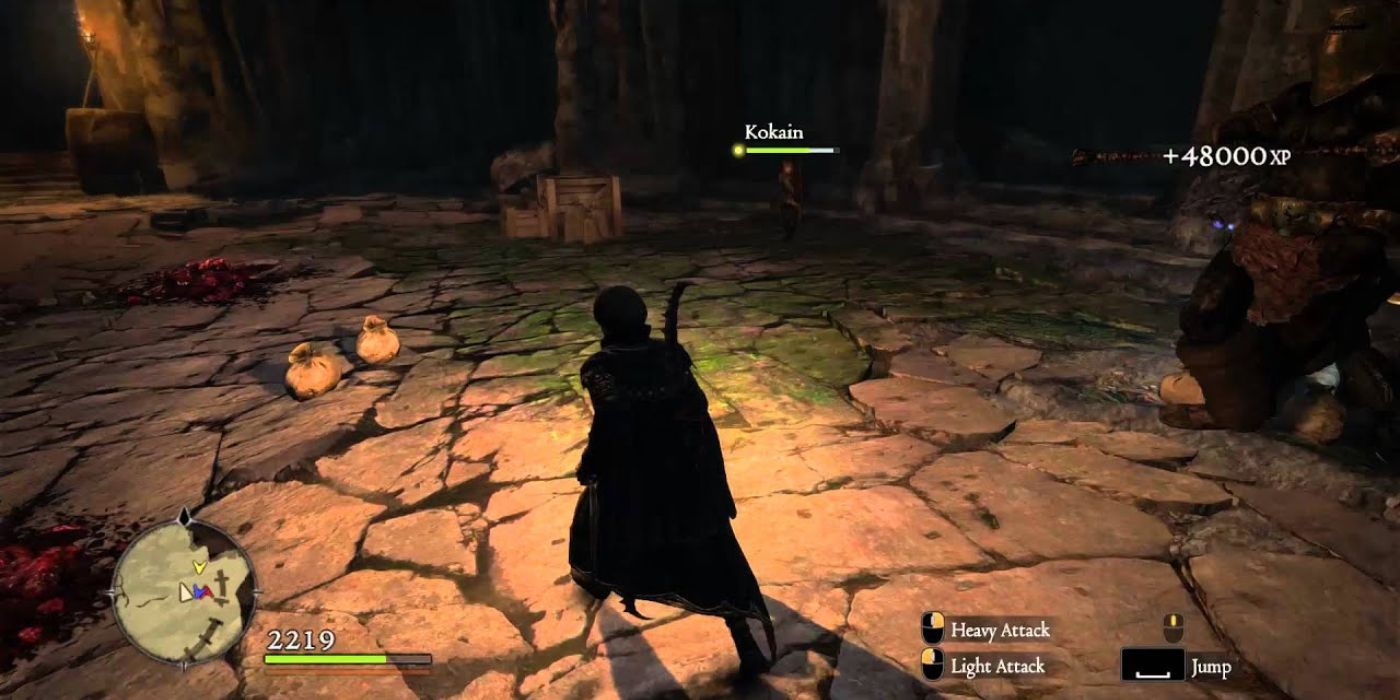 Though the main quest suggests that the battle with Grigori will be its greatest challenge, that's a red-herring. The Bitterblack Isle, released in the game's Dark Arisen expansion, has monsters living there that would eat him for breakfast. From the biggest Gorecyclops you've ever seen to the twisted creature named Daimon, to the actual personification of death, you'd be forgiven for just avoiding the area altogether.

The Black Abbey is an arena-style area deep in Bitterblack isle whose only purpose seems to be giving you tough enemies to face. If you're trying to find every location on the island, you might stumble across it. But, if you're just trying to get in and get out, you might just wander past.

6 Tomb Of The Unknown Traveler 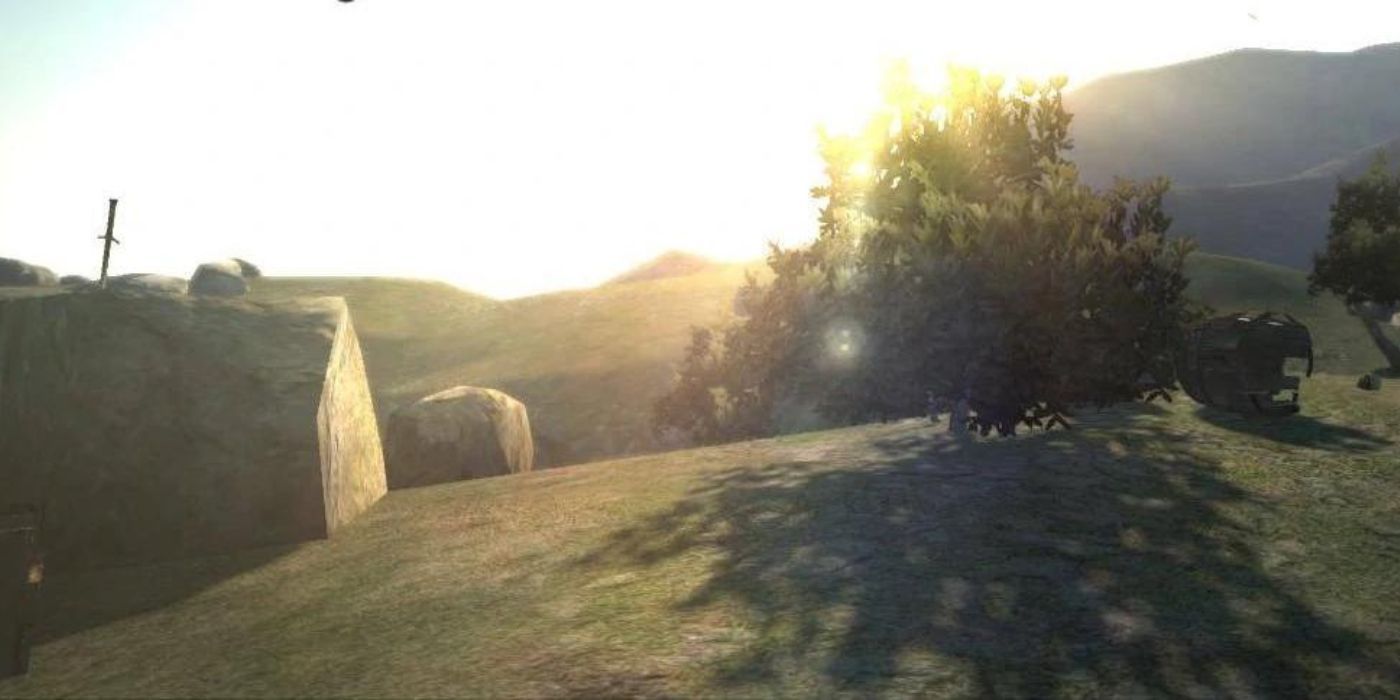 Getting to Southwestern Gransys is a slog. You have to fight your way through hordes of bandits, saurians, goblins, and at least one griffin to get there. It might take a day or two, a tricky proposition considering how dangerous things get at night. Sure, there's a rest camp around the Shadow Fort, but that's not much help if you're heading toward the southern peninsula.

But, if you are heading that way, the Tomb Of The Unknown Traveler is worth the trip. While there's no dungeon to visit here, the place does have some serious Arthurian vibes. There's even a sword in a stone overlooking the ocean that you can harvest for some pretty decent loot. 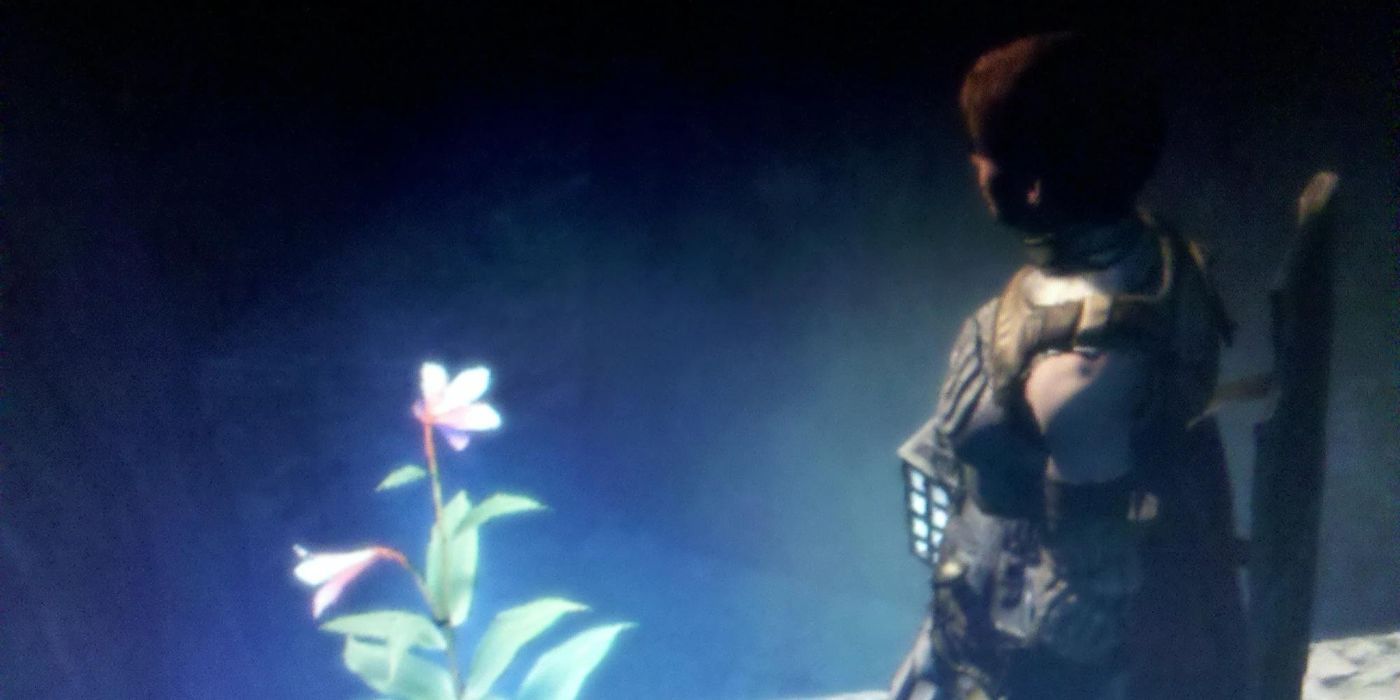 If you're visiting the Tomb Of The Unknown Traveler, why not consider stopping by the Noonflower Cliff Cave? It's just down the way, and if you've taken the time to get this far into the southwest, you might as well. Just take the path from Conqueror's Sanctuary to Bloodwater Beach. You can't miss it.

There's no dungeon here, but stopping by the cave is worth the trek. It's the only place you can find Noonflowers, essential if you're trying to romance Quina or forge the Arisen's Bond. They're also pretty valuable, so stock up while you can. 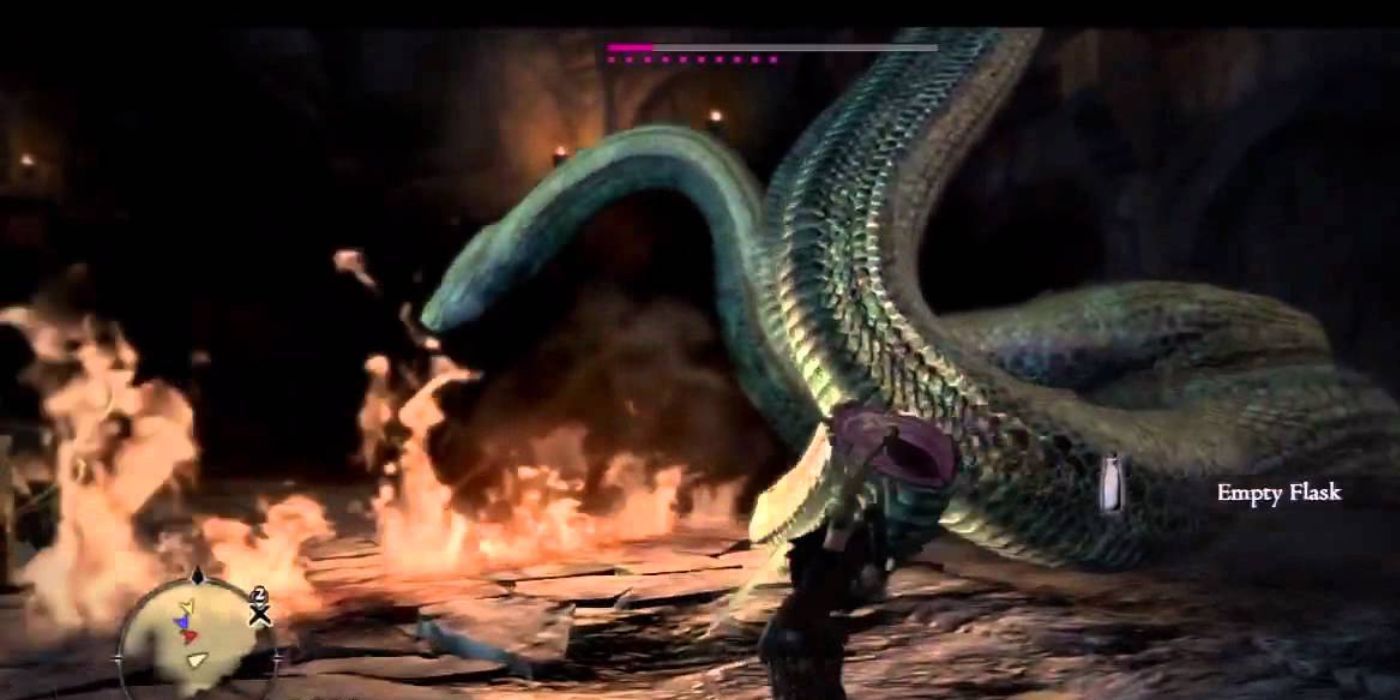 When you first visit the Everfall, it's an absolutely terrifying place under Gran Soren full of tentacles that will either eat or incinerate you. After defeating the dragon, it remains no less terrifying, but also gets quite a bit bigger, with plenty of difficult enemies and loot.

The Chamber of Hope isn't a particularly obscure place in the Everfall, it's just the final floor of a sixteen-floor descent through hordes of gorechimera and the enormously powerful Ur-Dragon, who makes Grigori look like a chump. It takes hours, and maybe even several tries, to reach, but getting there means that you will have beaten the best the game has to offer. 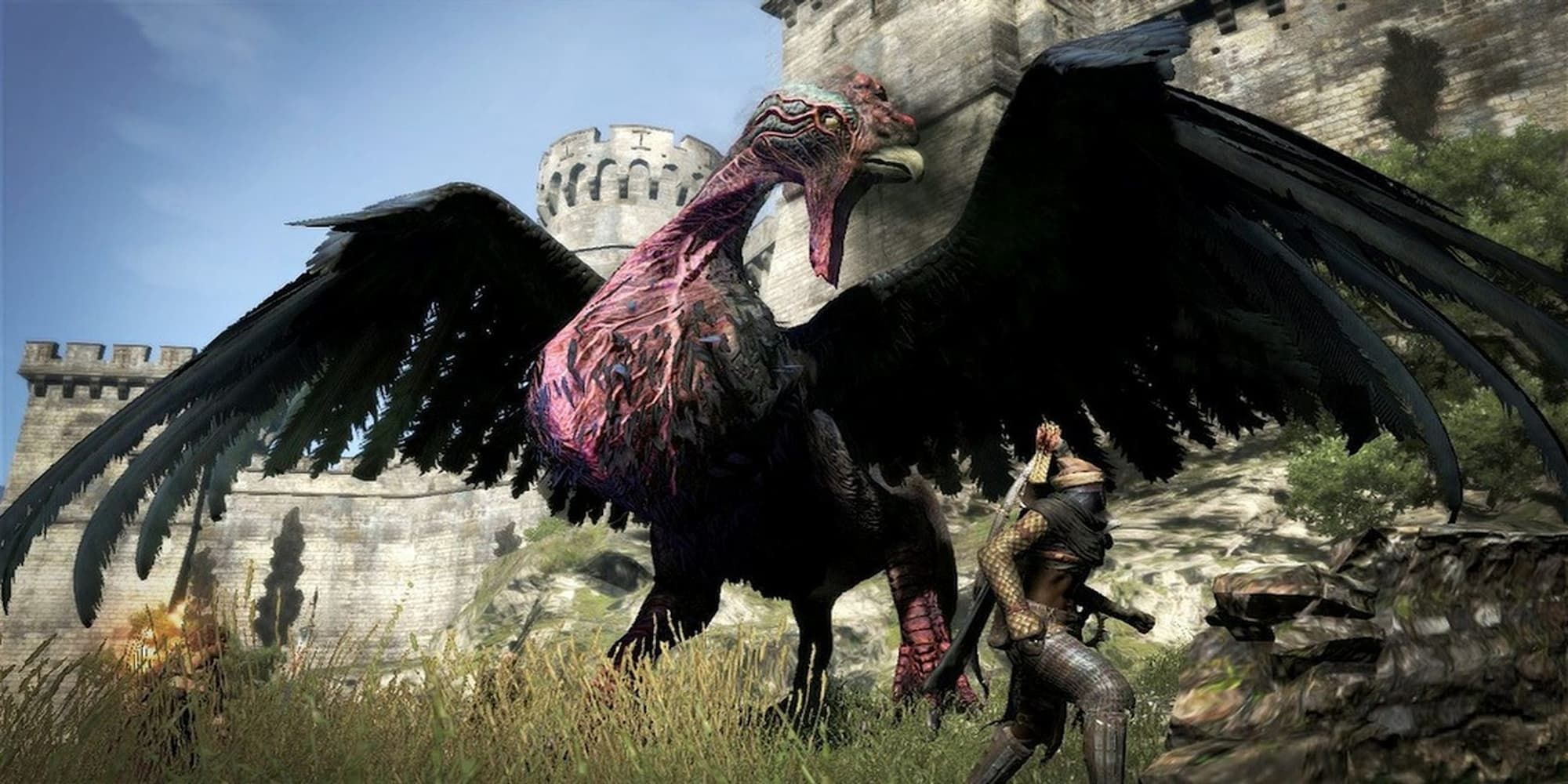 When a cockatrice invades Gran Soren, everyone around you praises you for killing it, even though you just drove it off. So, where did it go? The Leaper's Ledge, that's where.

Part of an area called Soulflayer Canyon in Northern Gransys, Leaper's Ledge is particularly difficult to get to since it lies behind several platforming challenges. Soulflayer canyon is also located in a fairly obscure place, with easily missable entrances in the Cursewood and the Barta Crags.

When you do finally make it to the Ledge, you'll find the area littered with the armor of fallen warriors, and the great cockatrice waiting. Revenge is sweet, and it's worth the trek to get a taste. 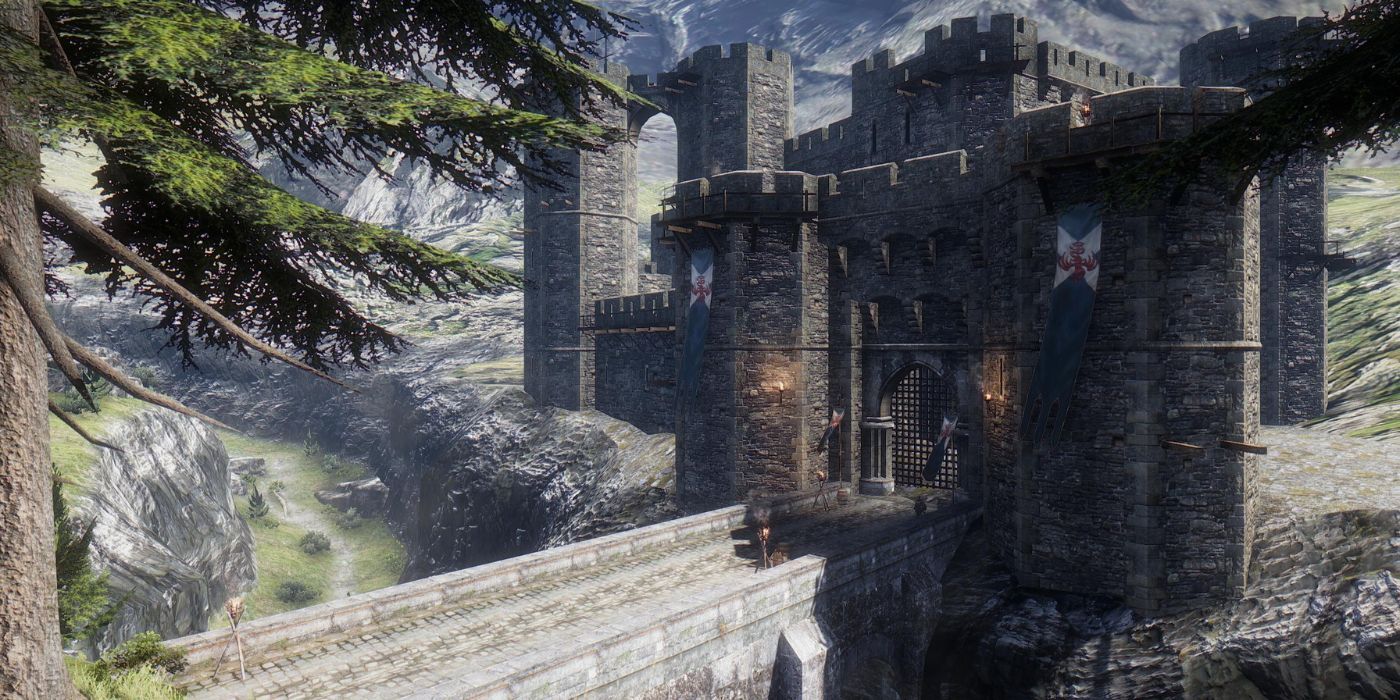 Just north of the Hillfigure Knoll lies the Blighted Manse, an enormous castle surrounded by a windswept canyon. It's not particularly difficult to find, and you'll probably come across it on your way to the Bluemoon Tower. It's not the finding, but then getting in that's difficult.

Unless you've progressed a certain degree down Aelinore's questline, you'll never see the inside of the Blighted Manse. This is understandable if you want to avoid making her your beloved, but is also a bit of a shame since breaking in is one of the best quests in the game. You'll be able to stick it to the Duke, who hasn't been the nicest considering all you've done for him, and save the damsel in distress. Win-win, right? 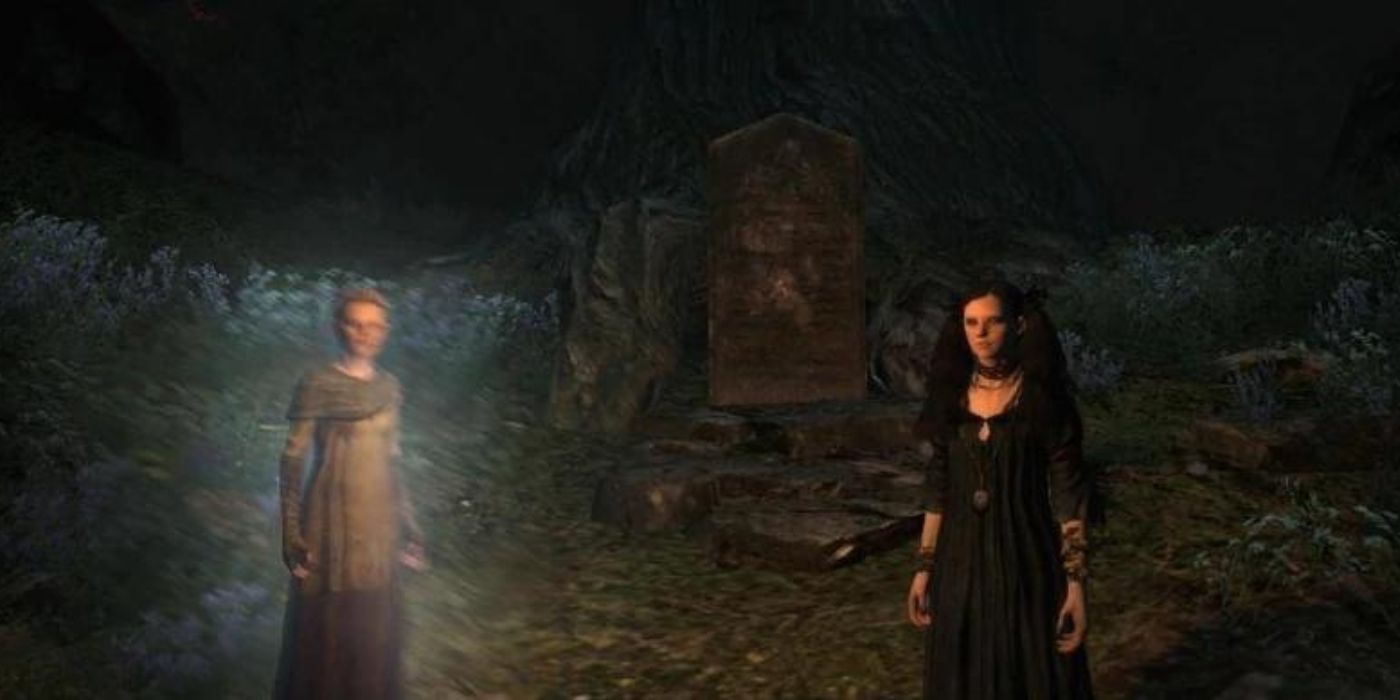 Selene's home in Witchwood is one of the most mysterious places in the game, and the young witch herself is wrapped in enigma. Only one place in the world will unravel this enigma: the Guardian's Grave.

Located behind a dormant stone golem lying at the foot of Selene's home, the only way to get there is to wake him up. And, the only way to do that is to progress through Selene's questline. It's fairly easy to miss since you have to have your ear out, eavesdropping on several merchants in Gran Soren to get it, and then defend Selene against a horde of angry villagers. If you do get through and slay a golem or two the area contains the ghost of an Arisen who will help you unveil the game's secrets.