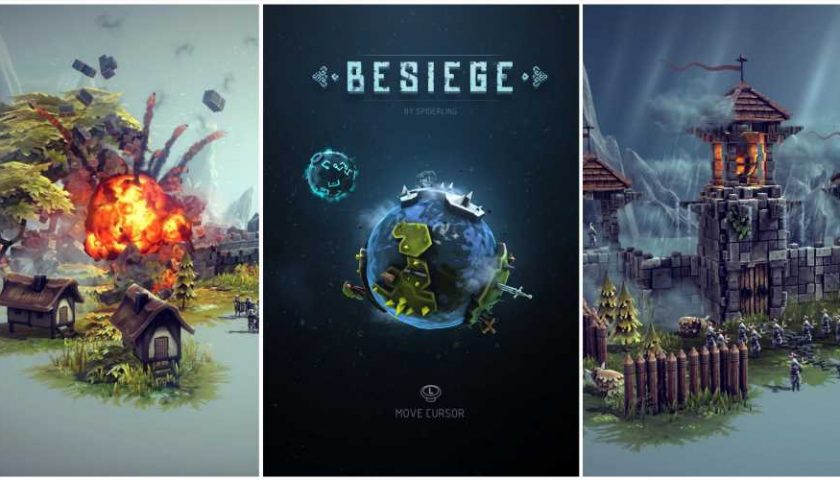 Besiege Console is a goofy and off-the-wall physics building game where you must create siege machines in order to take down various medieval structures. Besiege Console is, of course, the console version of the popular PC game of the same name, and it brings the same physics shenanigans to the table, all wrapped up in a polished medieval package.

Besiege Console is a deep, nuanced, and complex building game. While the cartoony nature may make this look like an easy-to-pick-up-and-play game, it's actually quite overwhelming at first. However, like many similar games, Besiege Consoles slowly reveals itself to you and gives you the necessary tools to create some truly remarkable siege machines. The following tips should help you get started in the game.

7 There Isn't A Primary Tutorial 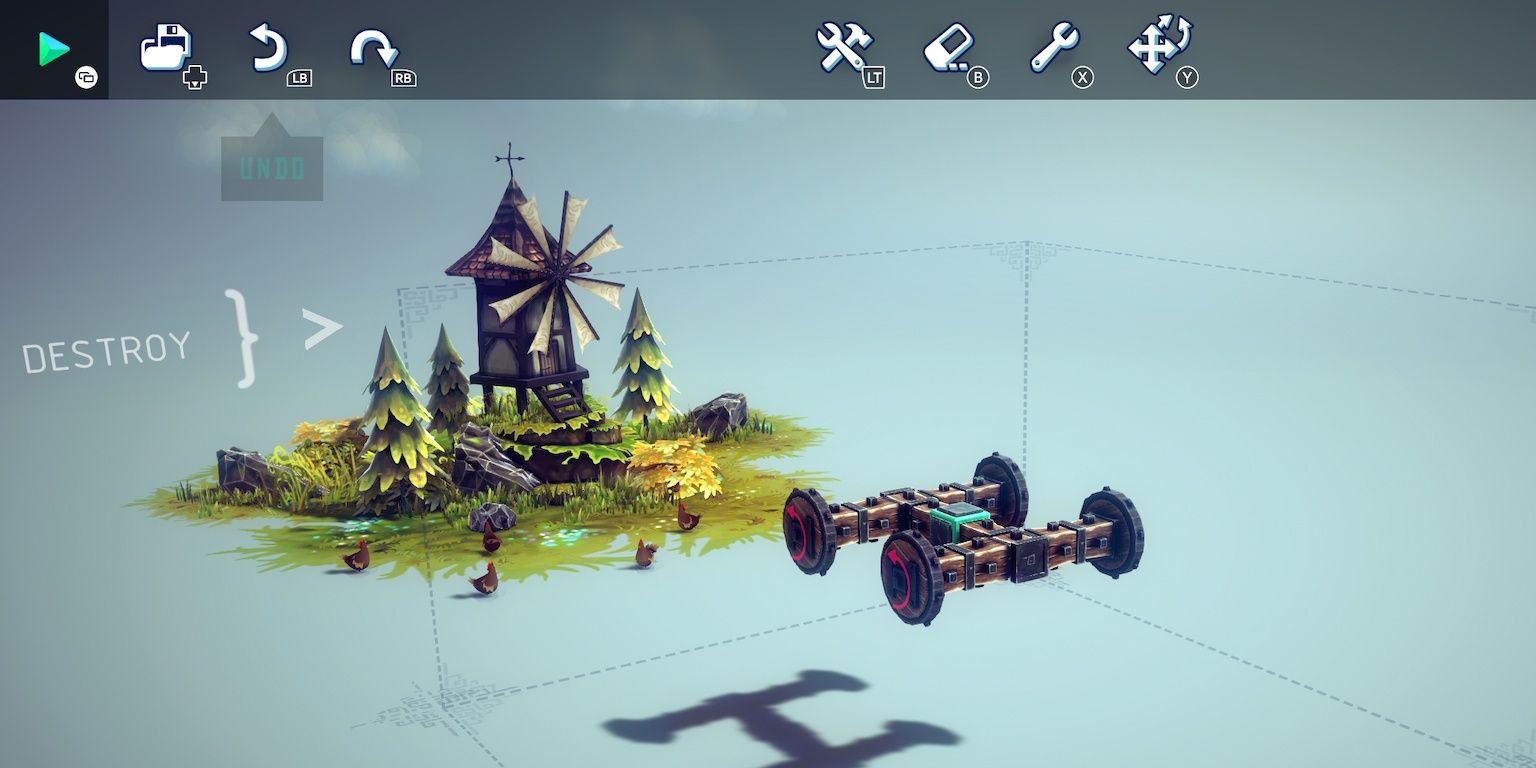 One thing you will notice when booting up Besiege Console is that there isn't a primary tutorial. The game just starts you out on the island select screen. Once you choose your first island, namely, Ipsilon, you will be thrown right into creating your first siege machine.

It's very easy to be confused when first starting the game. You are given a makeshift vehicle to tinker with in order to drive it forward to lay waste to a small medieval village in front of you. The first few stages are pretty understandable, however, things quickly get challenging once you have to build a perfectly tuned siege machine. Simply put, just be patient with the game as it opens up to you.

6 The Goal Is To Create And Destroy 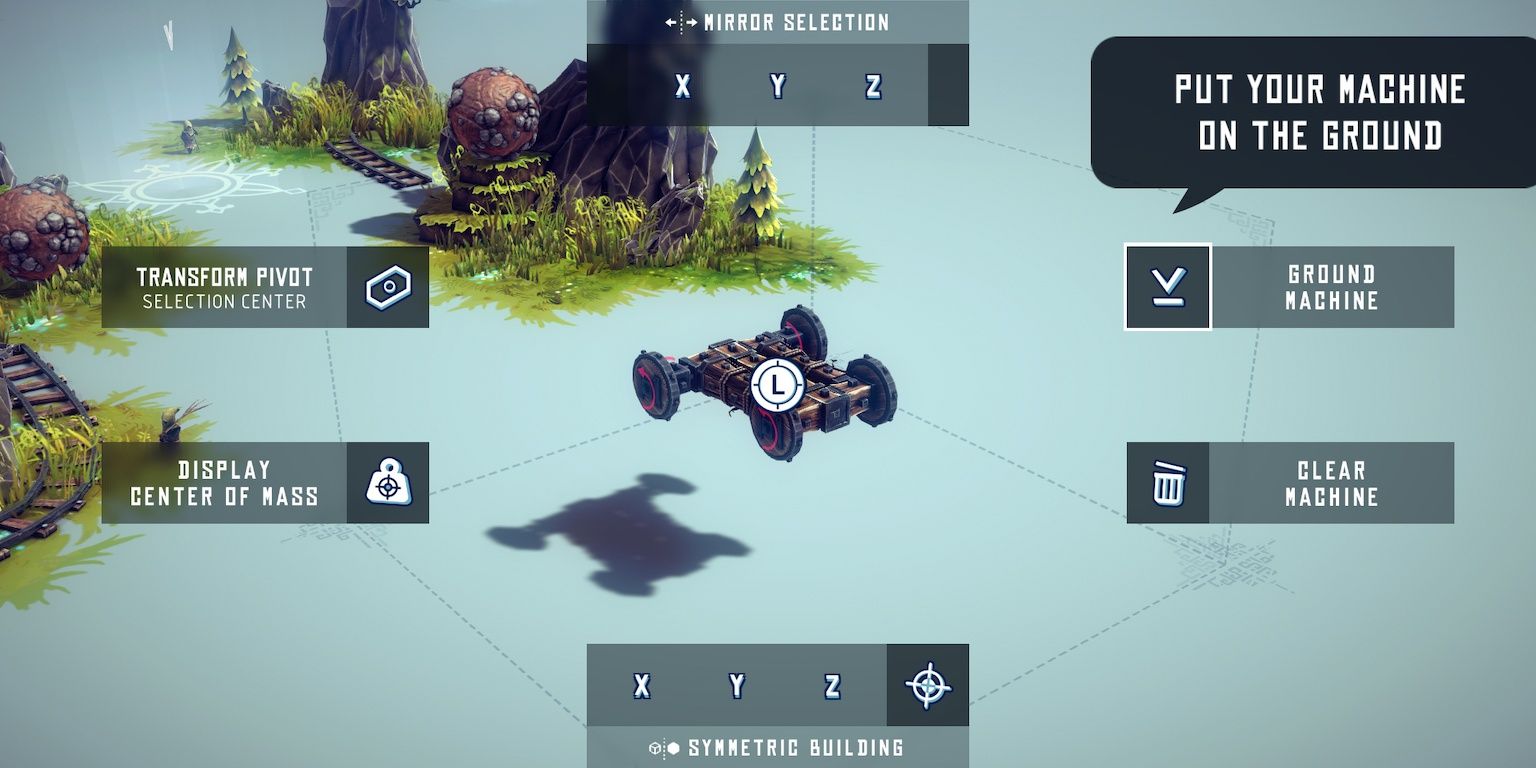 This might be obvious given the siege nature of this physics-based medieval game, however, it begs to be mentioned given the lack of any main tutorial. Your overarching goal in Besiege Console is to create your siege machine in order to destroy the village, castle, farm, etc that is provided in each small stage.

Now, there isn't necessarily a wrong way to play this game but it isn't clear from the get-go as to how you should achieve your destruction goals. Don't be afraid to tinker around with your siege machine. At any point, you can freely move into the "play" mode where you control your machine directly. If you don't like the outcome, simply head back to the drawing board so to speak. 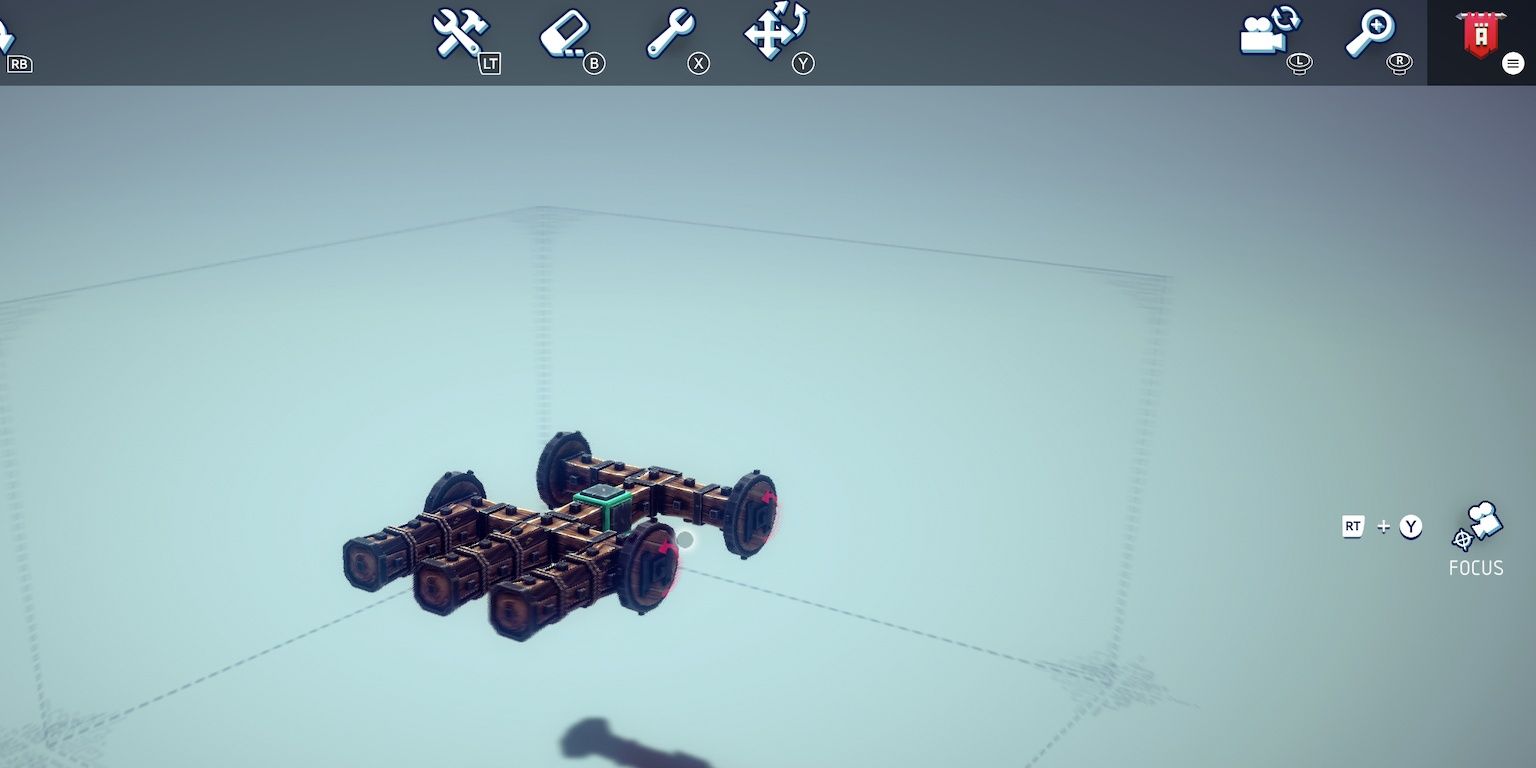 While you might be a bit nervous to just start tinkering with your siege machine, worry not, you can easily undo any mistakes at the press of a button. Heck, you can even redo actions if you deleted too many things by accident. Besiege Console wants you to have a fun creative experience so it's okay to try new things on your machine.

It's always pleasant when a game allows you to quickly make changes, especially if you mess up somewhere along the line. Just take your time adding new blocks, removing them, attempting the siege, rinsing, and repeating as necessary. The tools at your disposal are super easy to use and understand, even without a normal tutorial. 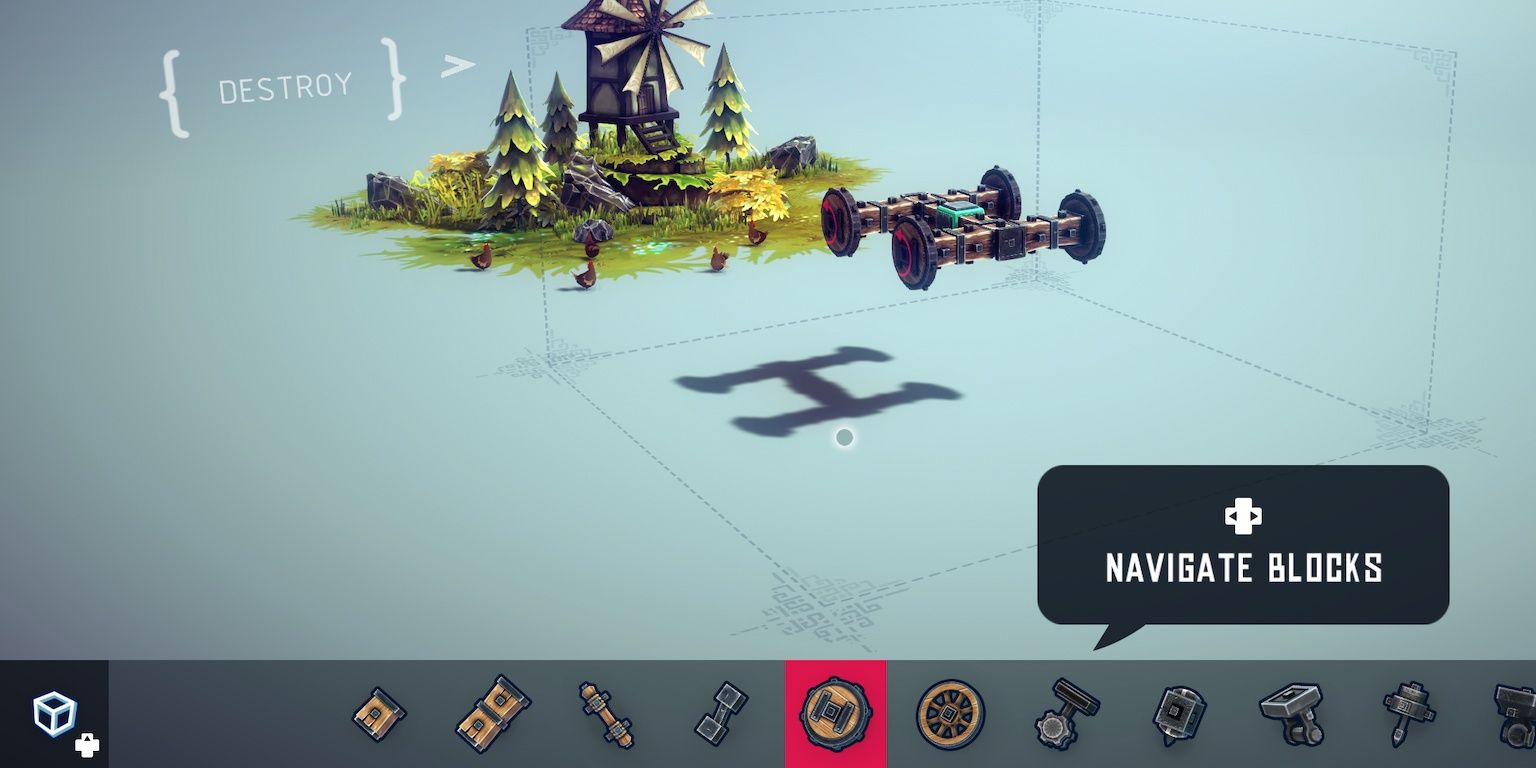 Hanging off the coattails of the previous point, it's good to know that experimentation is key. Besiege Console is almost a puzzle game in that you really need to finely tune your siege machine to tackle each component of the stage you are playing.

For example, in one earlier stage has you move two large boulders to an insignia. This may sound simple in premise, however, your machine can only do so much at any given time. Feel free to experiment with new builds in order to learn how the physics respond to the surrounding environment.

3 Learn To Steer Your Creations 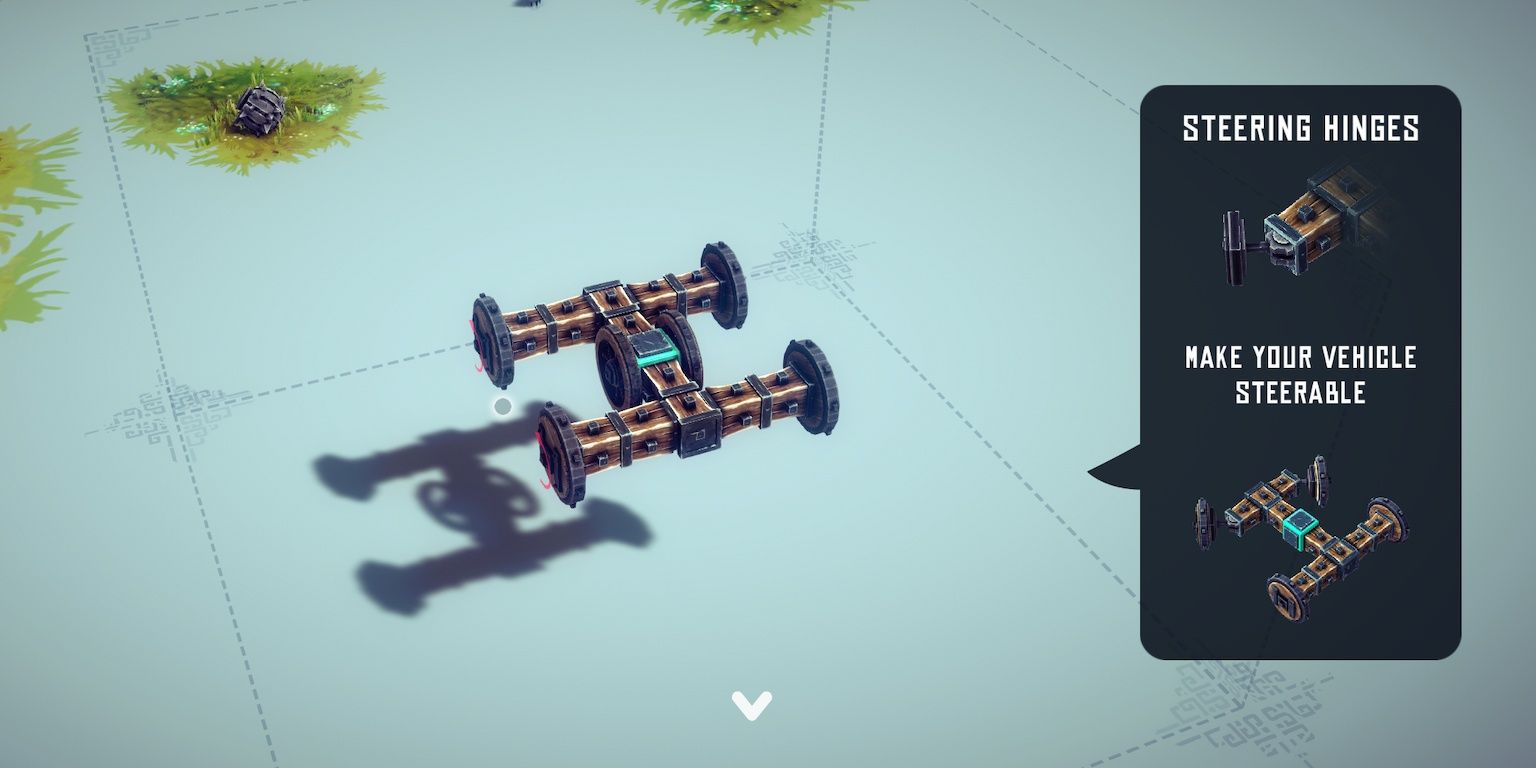 Easily one of the most difficult learning curves in Besiege Console is that of steering. You might think something as basic as steering wouldn't be a problem, however, it takes a lot of tinkering and experimentation to get it just right.

Some later stages are quite intricate and tricky, forcing you to navigate around obstacles. You have various blocks to use to enhance steering but most of it comes down to trial and error. The physics in this game seem well thought out and balanced.

2 So Many Building Blocks 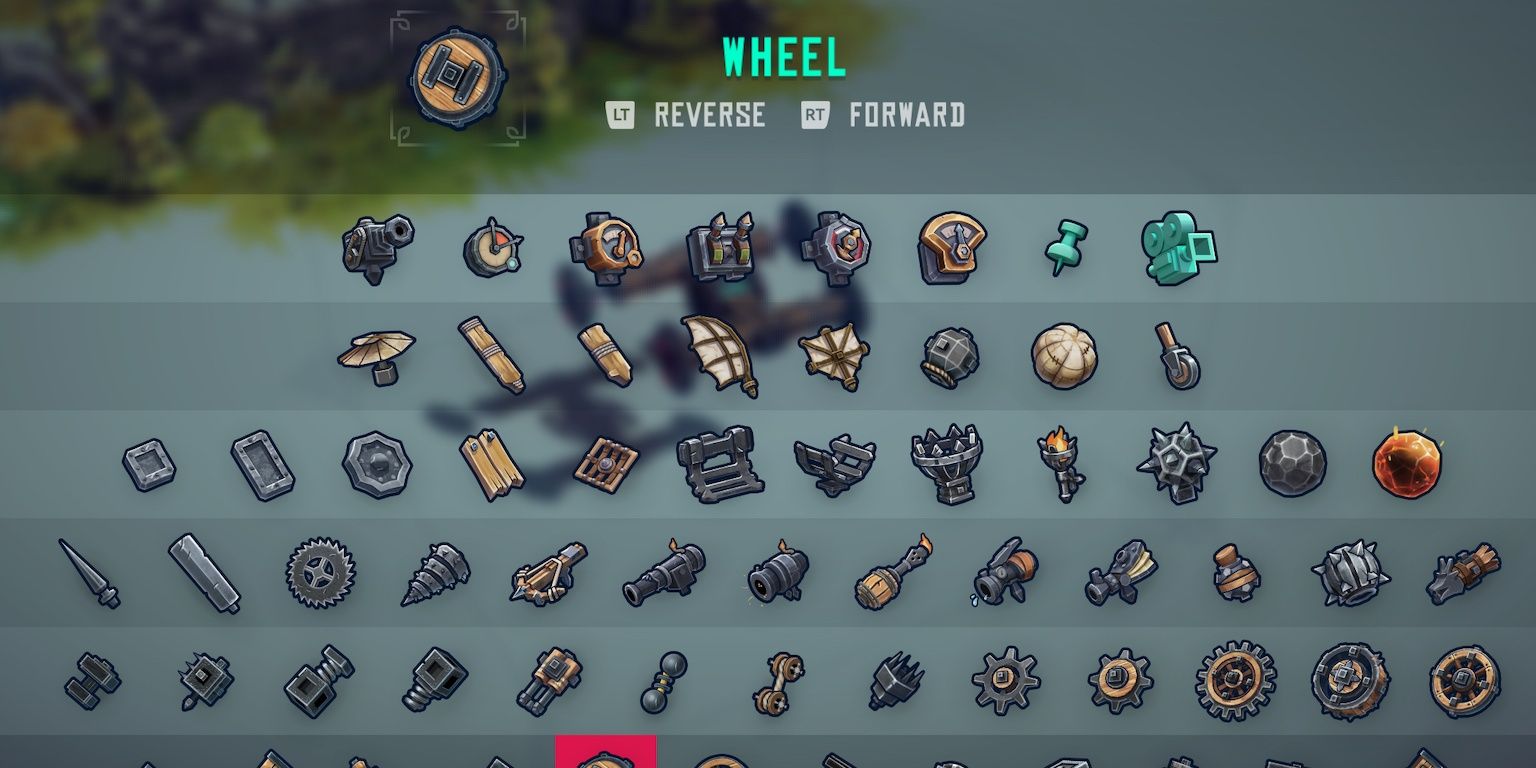 Besiege Console almost feels like a Lego game. Just as with Legos, Besiege Console is all about taking disparate elements and combining them to create something special and useful. You are given a large variety of blocks to add to your siege machine right from the get-go.

If for some reason you have played the underrated game Banjo-Kazooie: Nuts and Bolts then you have some idea as to what types of building blocks you are given to create your machine. Simply swap out any row with the press of a button to try new additions.

1 Try Out The Optional Gameplay Cheats 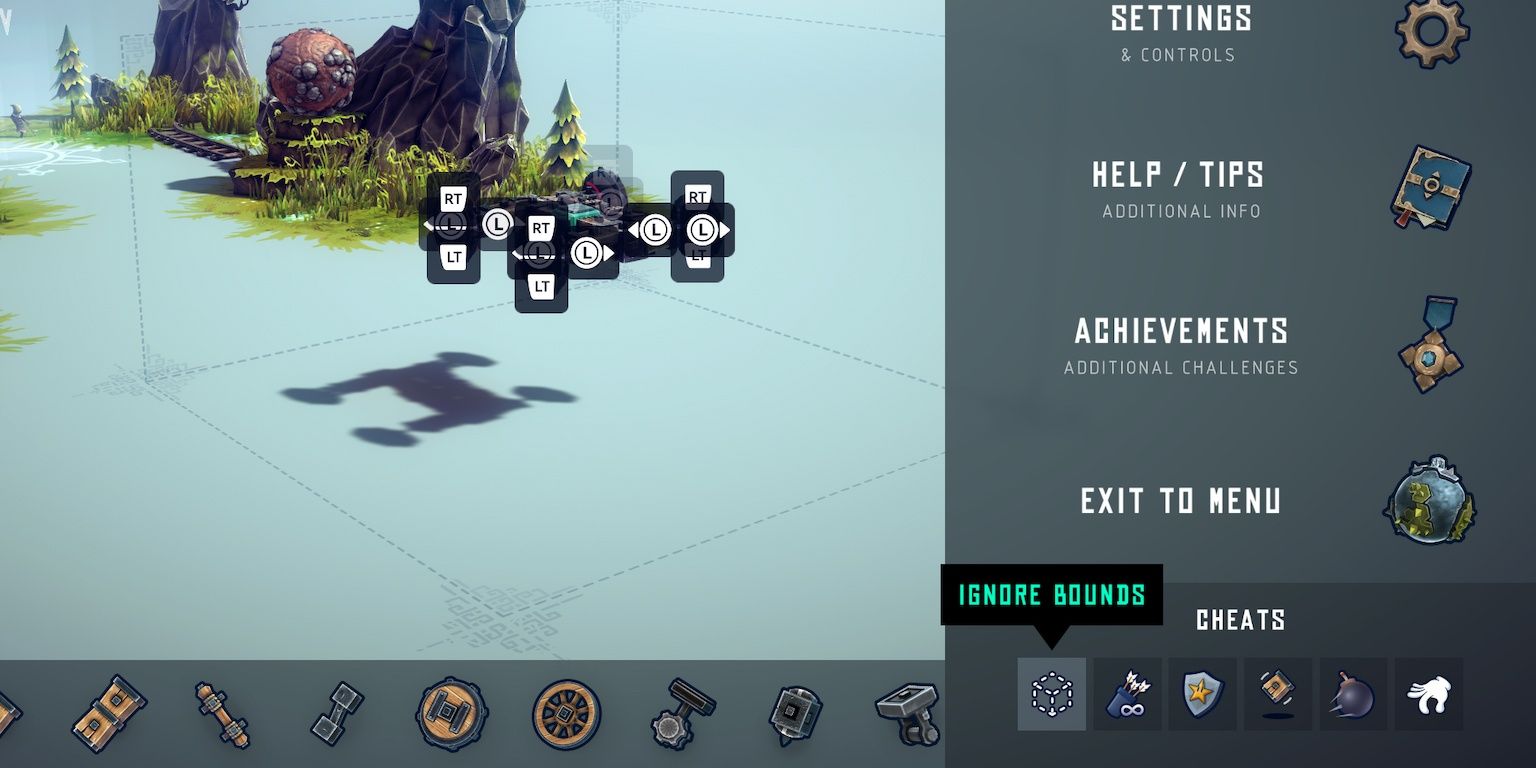 Interestingly, Besiege Console has a handful of in-game cheats to help you out. Some stages in this game are downright punishing and you might just need that extra boost to get you through the most confusing ones.

Cheats such as ignoring boundaries, infinite ammo, invincibility, no gravity, explosive cannonballs, and being able to pick up objects with your cursor are available right from the start. Head to the stage's menu to turn each of them off as you see fit. There's no harm in having an extra helping hand every once and a while. After all, games are meant to simply be fun and creative outlets.