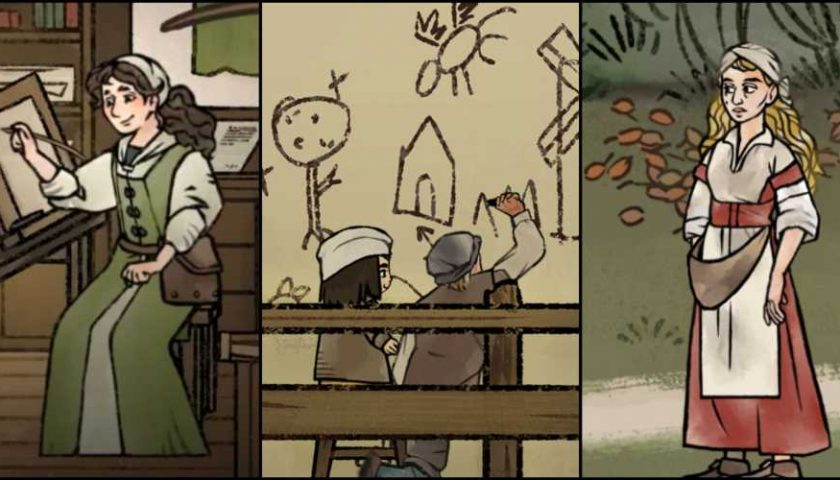 Pentiment’s winding plot takes place over more than two decades and leaves us with many questions and very few answers. This is on purpose — we’re not meant to know every secret of every person in Tassing, because it was built to be historically accurate and, more than that, to have people who feel like people. Even if you’re from a small town, no one knows everyone’s secrets.

Perhaps it’s in the nature of a game about religion and interpretation to be so open-ended. We can’t ever really know the answers to life’s questions, so it is for our proxies. We can still wonder, though. And we will. Endlessly.

This article contains spoilers for Pentiment. 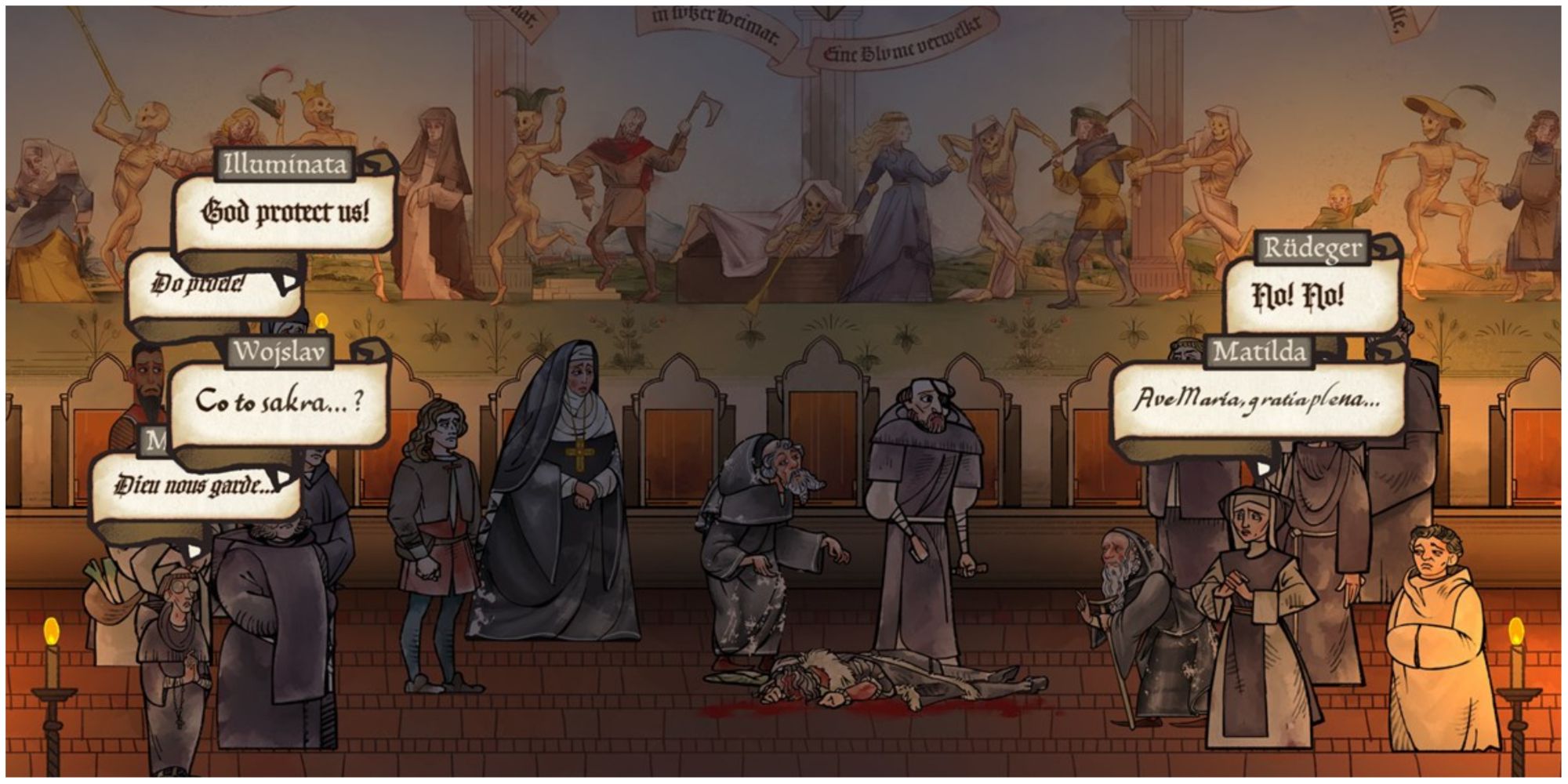 This question lingers by design; the developers have been very candid about the fact that we’ll never, truly, know who committed the murders we investigated. Still, after going through the game, we have to wonder. Were we wrong? Did we jump to any unfounded conclusions that led to an innocent’s death? How can we possibly quiet this gnawing doubt in our minds and hearts?

With so many suspects to choose from for both murders, and only so many days to investigate, we can’t be entirely blamed for our potential neglect of crucial details. We may have chosen the wrong people to spend the afternoon with and gotten biased information. We could take a holistic view and say that, actually, it’s the system’s fault (it is), but that feels a little cheap, doesn’t it? We just really want to know who did the deed. We need to feel justified in our investigation, or else live in so much doubt.

6/7 What Happened To Sabine? 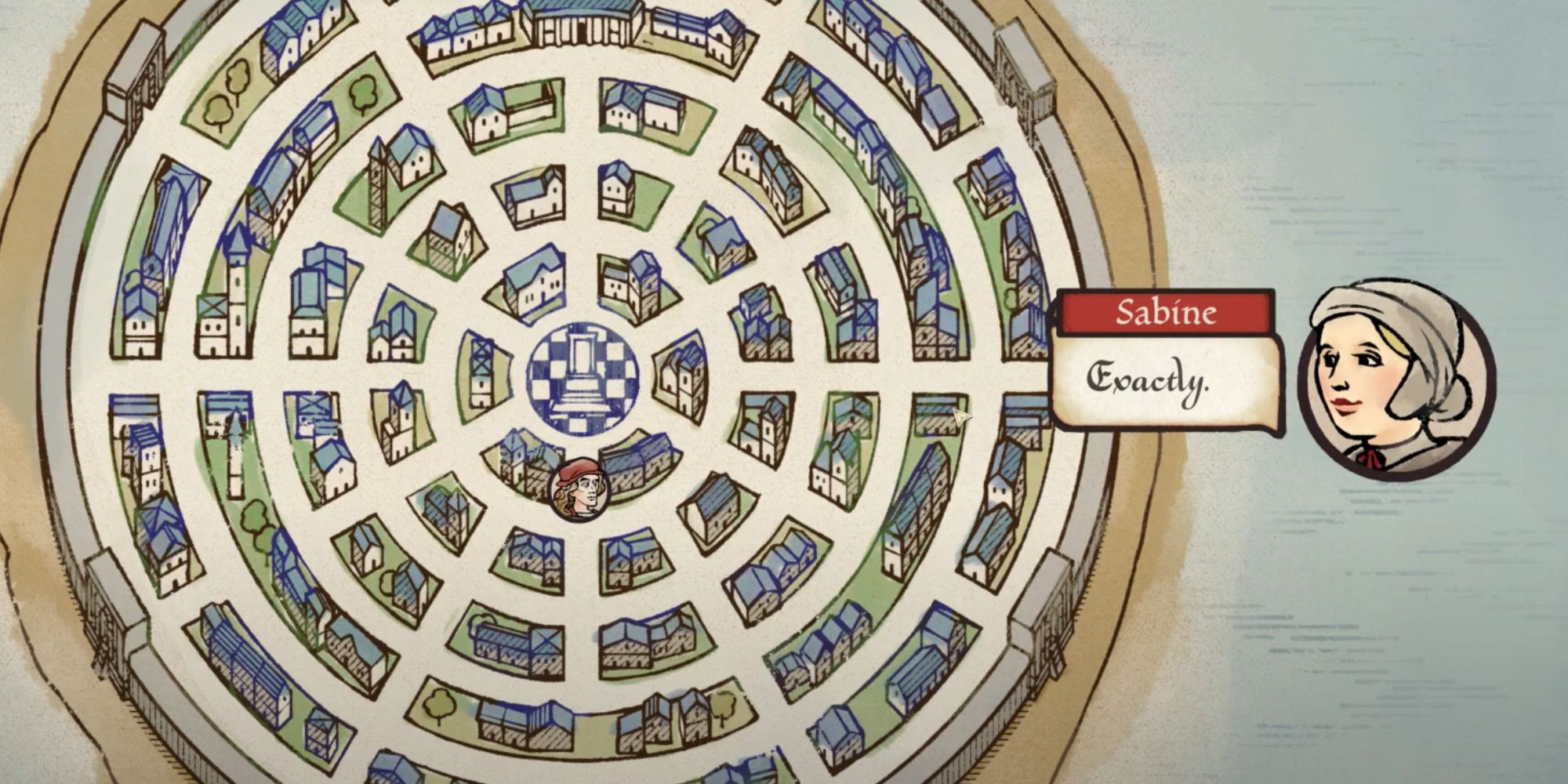 Andreas’ wife, Sabine, is still in Nuremberg, presumably. We never meet her; at least, we never meet the real her. She exists only as a figment of Andreas’ mind, a fantasy that lives in vague outlines and forgotten heavy words. In the first act, Andreas doesn’t know her, only the sketch of her his brother sent. By the second, they’ve been married for a few years, yet Andreas avoids her in every way a person can ignore someone else: in his mind, in conversation, and by delaying his return to Nuremberg.

We know she suffered a tragedy too, along with Andreas — the death of their young son from the plague, yet we never really learn how she coped, or whether she’s coping at all. Andreas laments the idea of going back to an empty house, but she is there, and how does she feel about living in it? Did she ever learn what happened to her husband after the events of Act 2? Or did she grow old as she waited for a man who would never show, for the off chance of trying again? Sabine is lost in the details of Andreas’ life, yet we can’t stop thinking about her.

5/7 Does Tassing Lose The Old Ways? 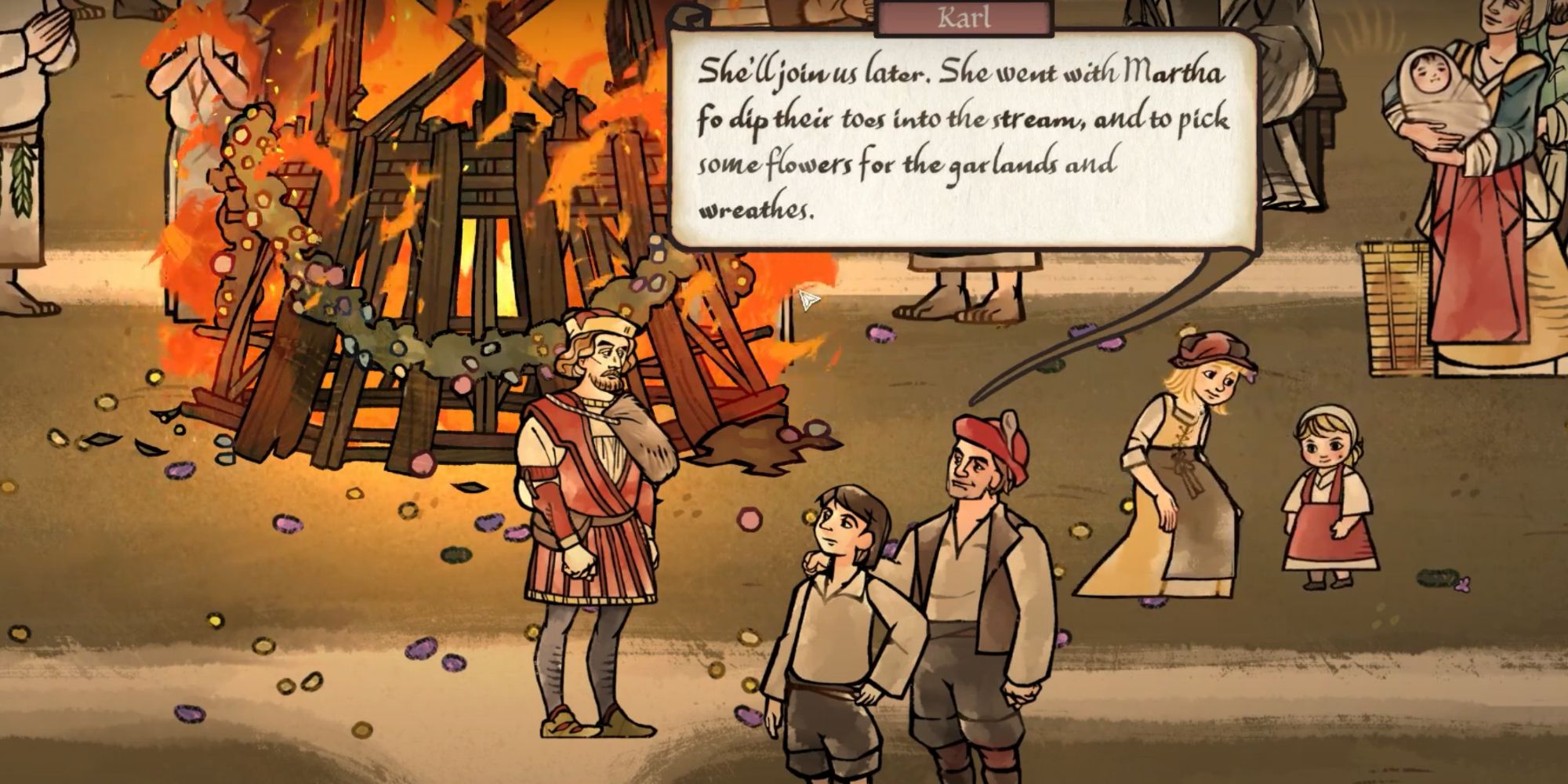 The customs in Tassing blend Christian and pagan, their mythologies intertwined to the point that they’ve become inseparable. Everyone knows who Perchta is, and everyone knows about The Wild Hunt (no, not that one), yet all their traditions are heavily Christianized, almost until they’re unrecognizable. Few keep to the old ways, and fewer will say so openly.

Ill Peter is one of the few, though he may teach his granddaughter, Ursula, if you can’t convince her to turn her curiosity elsewhere. But, Ill Peter is old. Like, he’s old when you first come to Tassing, and he’s still holding on 27 years later. He’s the only one who knows the legends; when he dies, he presumably takes that knowledge with him. If you fail your speech check with child Ursula, you will see her on a stake, burning for her heresy. Who, then, keeps the knowledge of the original inhabitants of Tassing alive when both she and her grandfather are gone? Is there anyone at all? 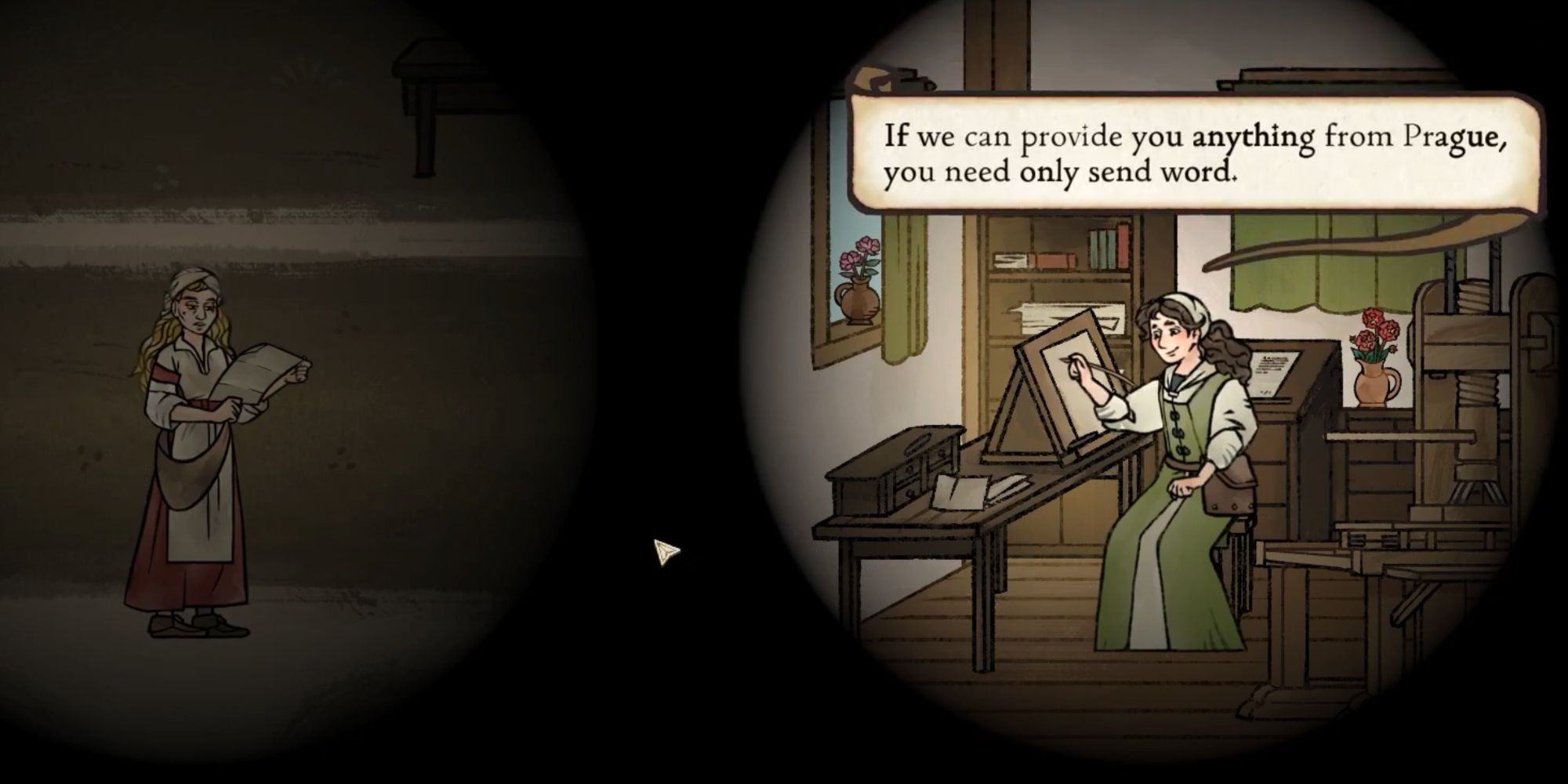 Magdalene goes to Prague to presumably live with her friend Esther and her family, but we never get to see how her life plays out. It’s not bad — the game has a satisfying end — but we are just curious. Magda’s brilliance with art and the printing press can’t be overstated, so we know she has the talent to “make it” in the big city; it’s just the question of whether she actually does.

You can invite Otz, Otto’s son, to join you in Prague, if you’re so inclined, which gives a slight hint as to how her life may have turned out, but that’s not enough for us, is it? We, like Magda herself, aren’t especially interested in who she marries (or if she marries at all); we’re interested in what kind of wonderful, beautiful things she may accomplish. It’s up to our imaginations, sadly.

3/7 Does Anyone Ever Discover Martin’s Secret? 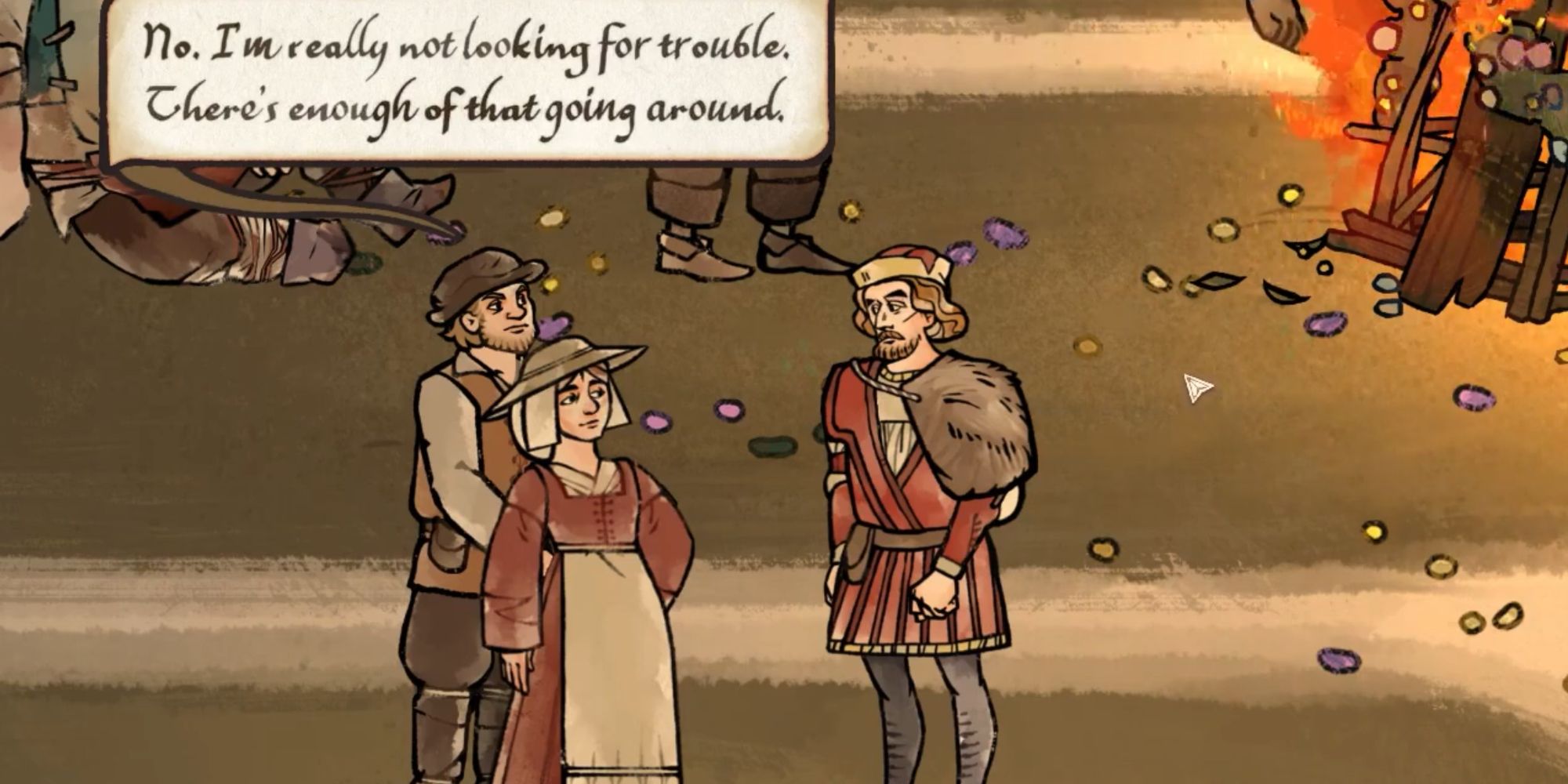 Martin is a terror when you meet him in Act 1. He’s barely older than a boy, yet he already has a (miserable) wife and a small child. Your introduction shows him very obviously neglecting his farm duties, and it only gets worse from there. Any conversation you try to have, even if you try your hardest to be friendly, always turns negative. Martin doesn’t care about you, or his family, or anything. He skips town after the first murder, but not before stealing some valuables.

Then you meet him again in Act 2. And he’s… friendly? Sure, it’s been seven years, and people change — especially teenagers, but he’s dutiful and hardworking. He’s like an entirely different person. Well, that’s because he is an altogether different person. Martin died shortly after he left Tassing, with his partner-in-crime taking over his name and place. Some may suspect, but no one will outright accuse him of being a fake. If you don’t pin Otto’s death on him, no one will know Martin is an impostor. But that doesn’t mean they never will. Can he and his wife take the secret to the grave, or will someone finally figure out what happened? 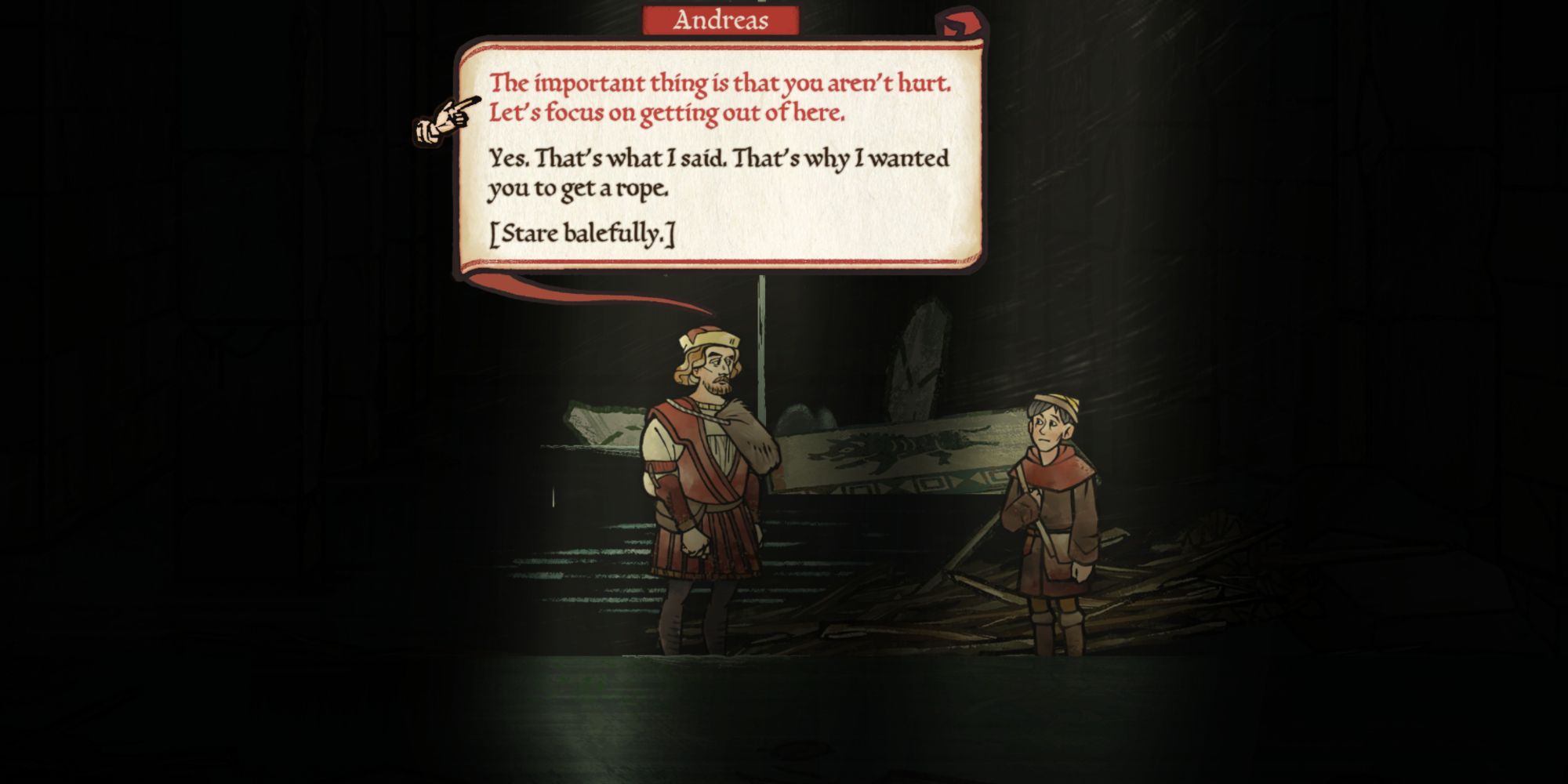 Oh, Caspar. Our dutiful, wonderful assistant is a young boy who is trying his best to impress his caretaker and to become a master artist himself. Depending on your choices, Caspar might flee from Tassing on the night of the revolt, never to return… or he may run, and then return to your side, saving your life while giving his own. It’s harsh, especially if you really grew to care for the kid.

If he does get away, we must wonder, what happened to him? Did he become a successful artist, and could he reunite with his family? Where is he now? Does he think about Tassing still? And alternatively, if he perishes on the night of the revolt, does his family, his loved ones, ever learn his fate? Or is it just Andreas and us who bear this heavy burden? We hope he found peace, regardless. 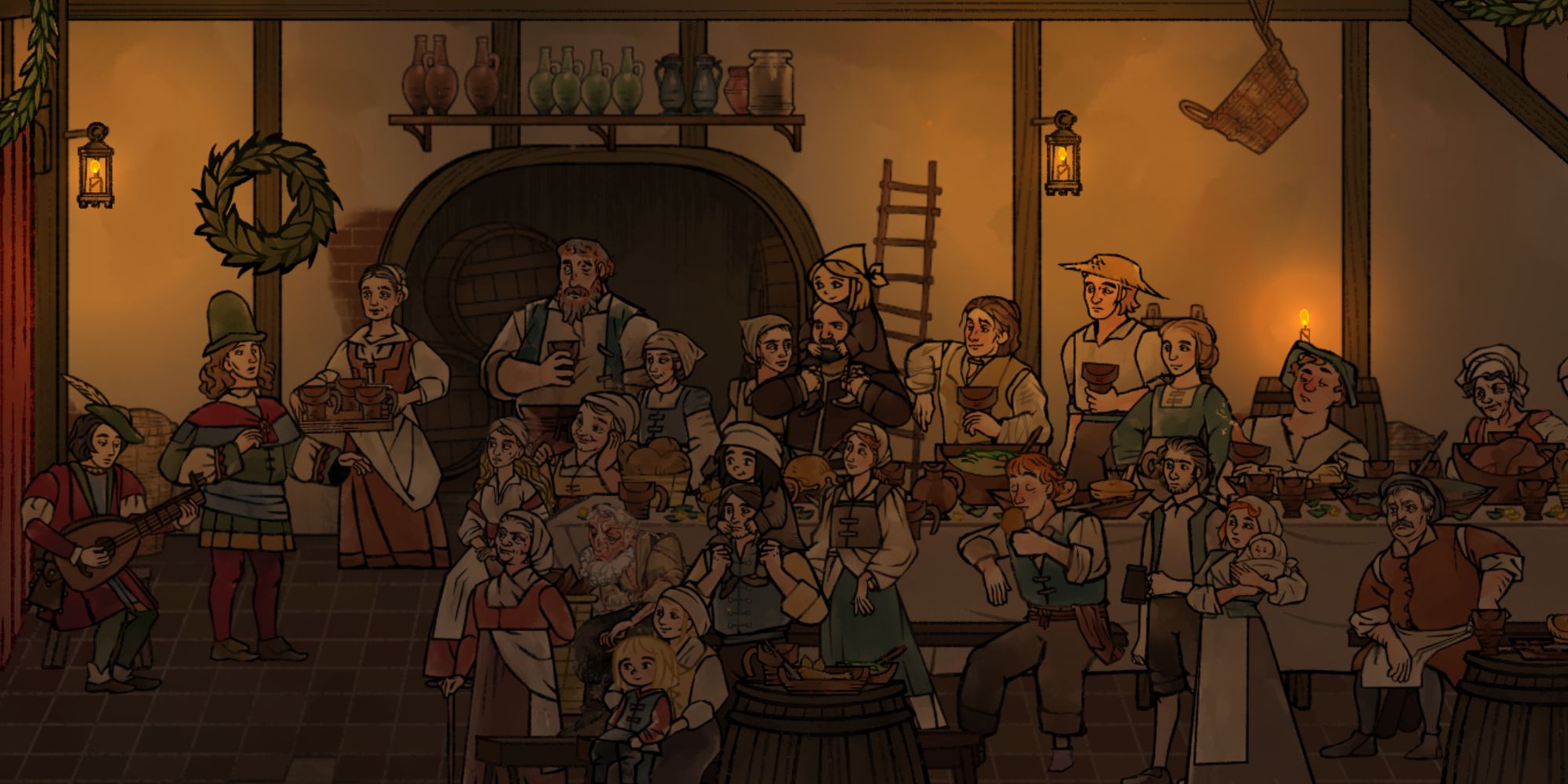 It’s not fair to assume that Pentiment, an excellent, small-scale game with a contained story, requires a sequel. In fact, it being so franchise-averse may be a positive thing. Still, you got very, very caught up in this world, in the people of Tassing and their everyday lives, that it’s impossible to not wonder if we may see them again. Or, at least, the ghosts of them, written into the bedrock of Tassing as the Romans had been.

It would be so interesting to return to this small, yet exciting, village during another time of social upheaval and change. We know this town now. We want to see it grow and change and maybe even flourish, if fate wills it. Not to be a cliche, but Tassing is a character unto itself. We wonder where it will go and if we’ll be able to see it.