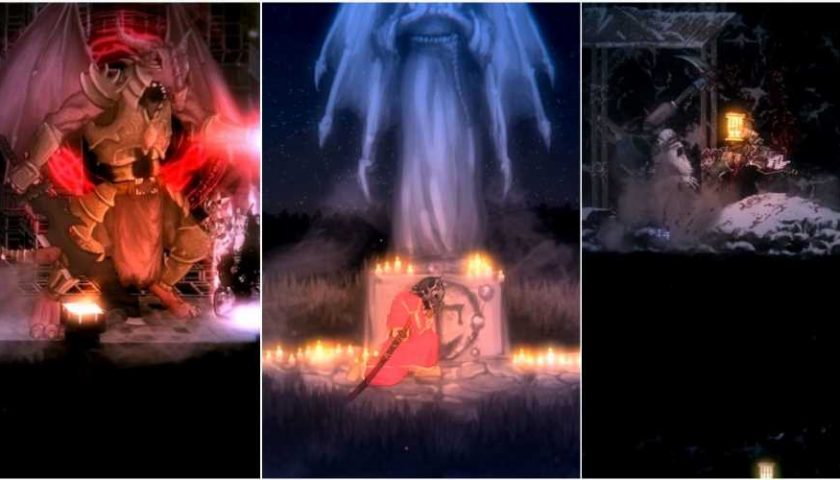 There's no doubt that playing Salt and Sacrifice is an incredible experience. With its vast world, tense battles, and highly customizable play style, the game has some of the best elements of all good Soulslikes, with a beautiful hand-drawn aesthetic that makes it truly one of a kind.

But the game isn't perfect. While it represents an ambitious attempt at following its predecessor, Salt and Sanctuary, there are places where the game slightly misses its mark. Some could be easily fixed with a patch, but others are aspects inherent to the game itself that might leave you frustrated, wishing that the development had gone in a different direction. 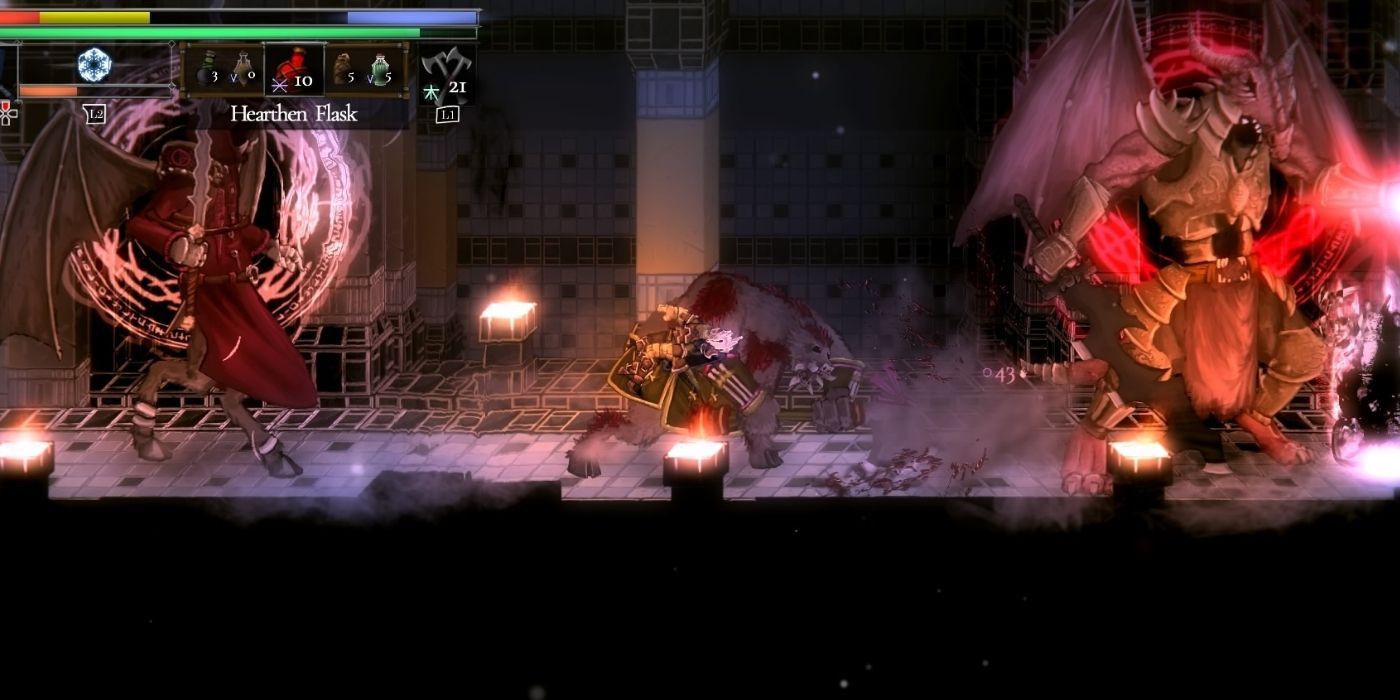 Mage hunts are one of the key aspects of Salt and Sacrifice's gameplay. While they can feel repetitive at times, like going after a creature in a less graphically impressive Monster Hunter, there's nothing quite like coming out the other side with the mage's heart in your hand.

Unfortunately, your epic pursuits often get interrupted, especially later in the game, by random mages who just appear out of nowhere, spawning enough creatures and fireballs to make your life thoroughly miserable.

This wouldn't be the biggest deal, except said wandering mages tend to spawn in the same area as your main quarry, turning your entire screen into a mess of unlockable lights and colors. Often, the mages fight each other instead of you, which means that your best option is to run into a different area and hide out until the heat dies down. It's easy to make it through, but in a game that rewards action, it's weird to have times where the best thing to do is absolutely nothing. 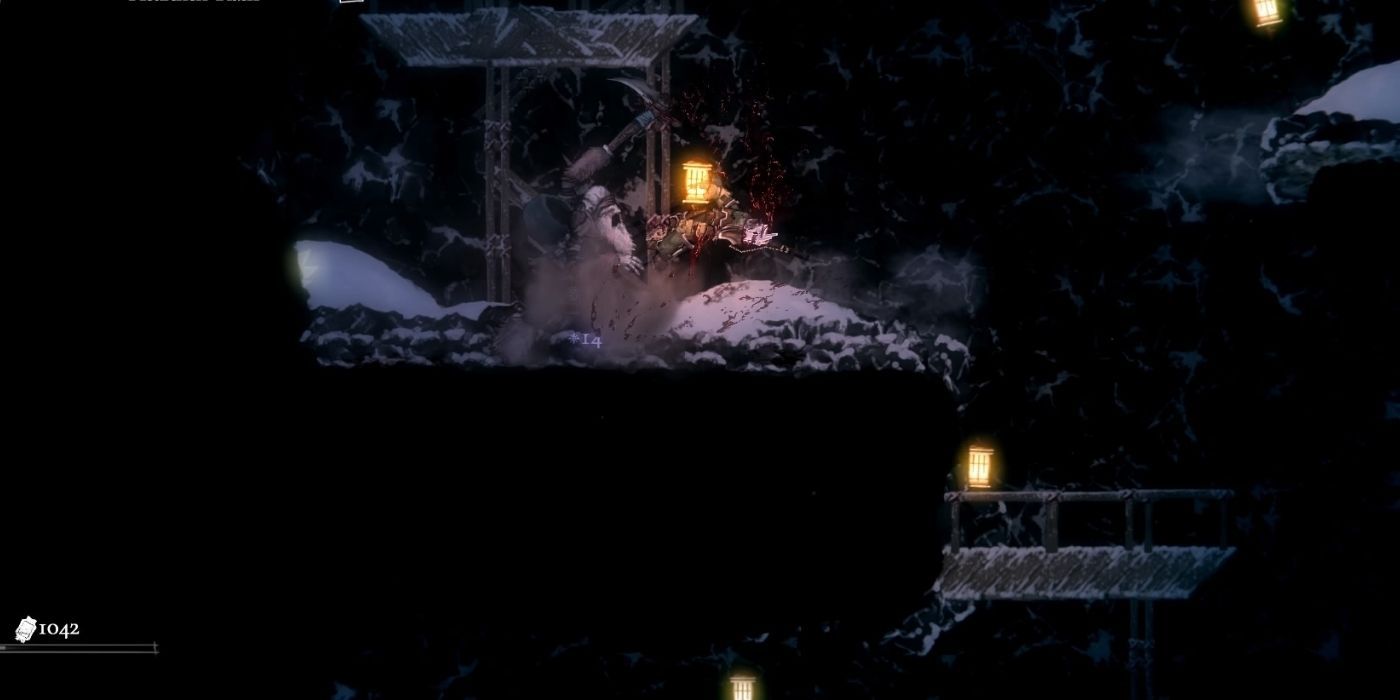 So, you're wandering around Dreadstone Peak one day going after a Dracomancer when a Burnt Cleftin, a hazeburnt version of the easiest enemy in the area, leaps at you from nowhere and headbutts you off a cliff. You've been obliterated. Again. Why? Because knockback in Salt and Sacrifice is absolutely ridiculous.

It makes sense that mages or bosses, all of whom are at least four times your size, can knock you halfway across the screen, but there are plenty of normal creatures that can do the same thing for seemingly no reason. There's also no way to resist and no stat that will decrease how far back an enemy will hit you. This gets especially difficult later on in the game when bosses get more aggressive and start juggling your ragdoll of a body like you're a balloon at a six-year-old's birthday party. The game is supposed to be difficult, but this just feels unfair. 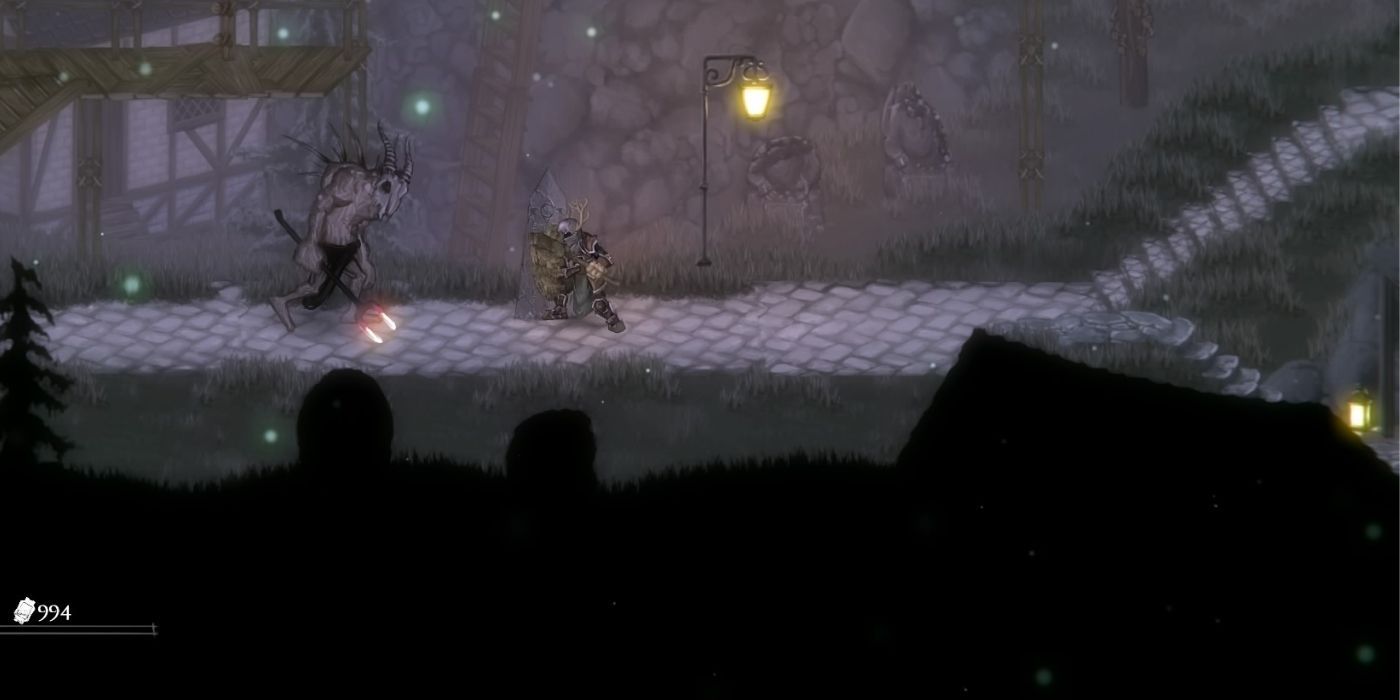 Varied equipment is an integral part of any Soulslike, and Salt and Sacrifice has it in spades. With 13 varieties of melee weapons and over 50 armor sets, not to mention a few one-off pieces of equipment to mix and match, it seems like there are endless ways to customize your character to match your playstyle.

But if you're expecting to find your equipment the traditional way, by taking it off the fallen bodies of your enemies, you're in for a surprise. Most of the time, the most your enemies will drop are trinkets that marginally increase your health, attack power, and the like. To get access to decent weapons and armor, you'll be forced to gather different body parts of mages and their minions to craft into elemental-themed equipment or waste your salt by bumping up your luck skill, which is fairly useless in almost every build. 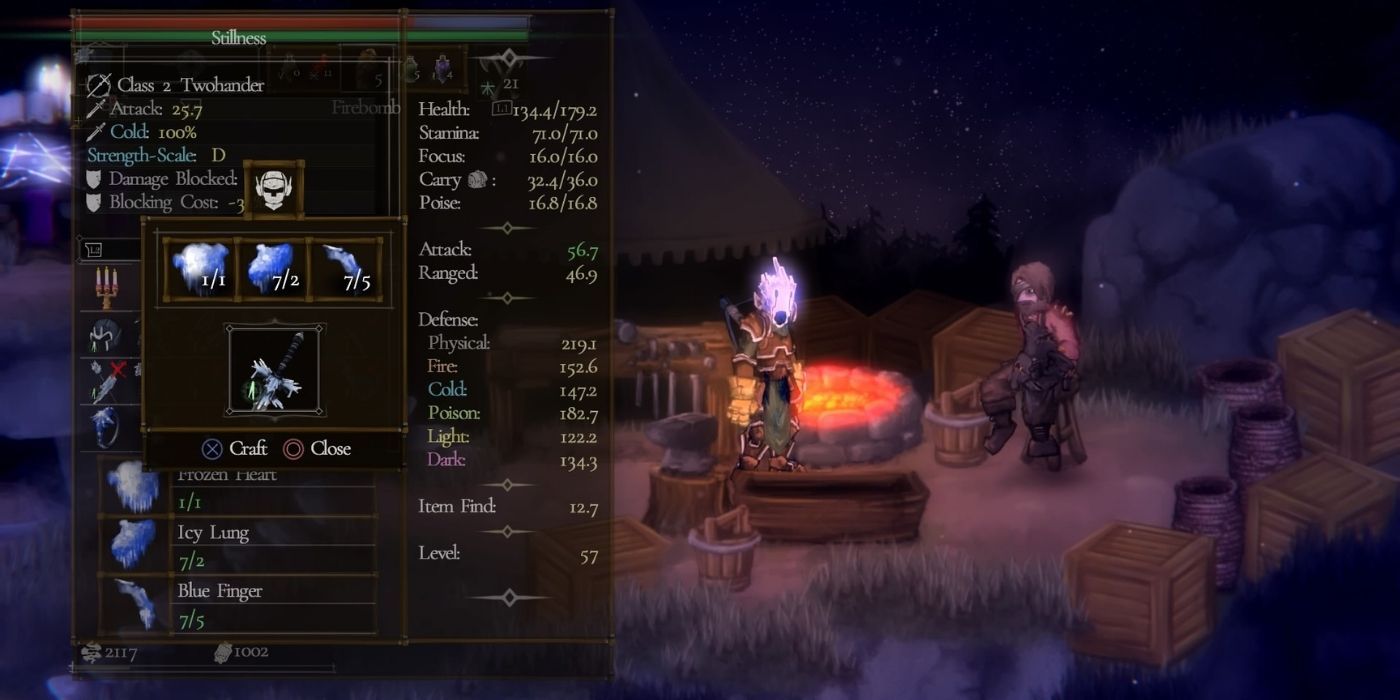 Speaking of crafting, you'll be doing a lot of it if you want to progress anywhere in Salt and Sacrifice. This means going after mages, both named and nameless, to harvest their teeth and fingernails. Do battle enough times, and you'll be rewarded with strong items like the Blood-Brain Halberd and the Mechwork Helm.

All of this is, admittedly, pretty darn cool. The problem lies not in the items but in getting the parts to make them. The first time you hunt a mage, you'll probably only get enough parts to make one or two items, if that, which means you'll have to go hunt down the nameless version or come across one randomly wandering around the stage. This turns crafting from a sweet little mechanic into a grindy slog that may put off those who didn't enjoy such activities in Monster Hunter. Crafting items also don't overlap, so if you want the Mechanum Ripsaw, you'll have to track down Mechanomancer and only Mechanomancers. Over and over again. 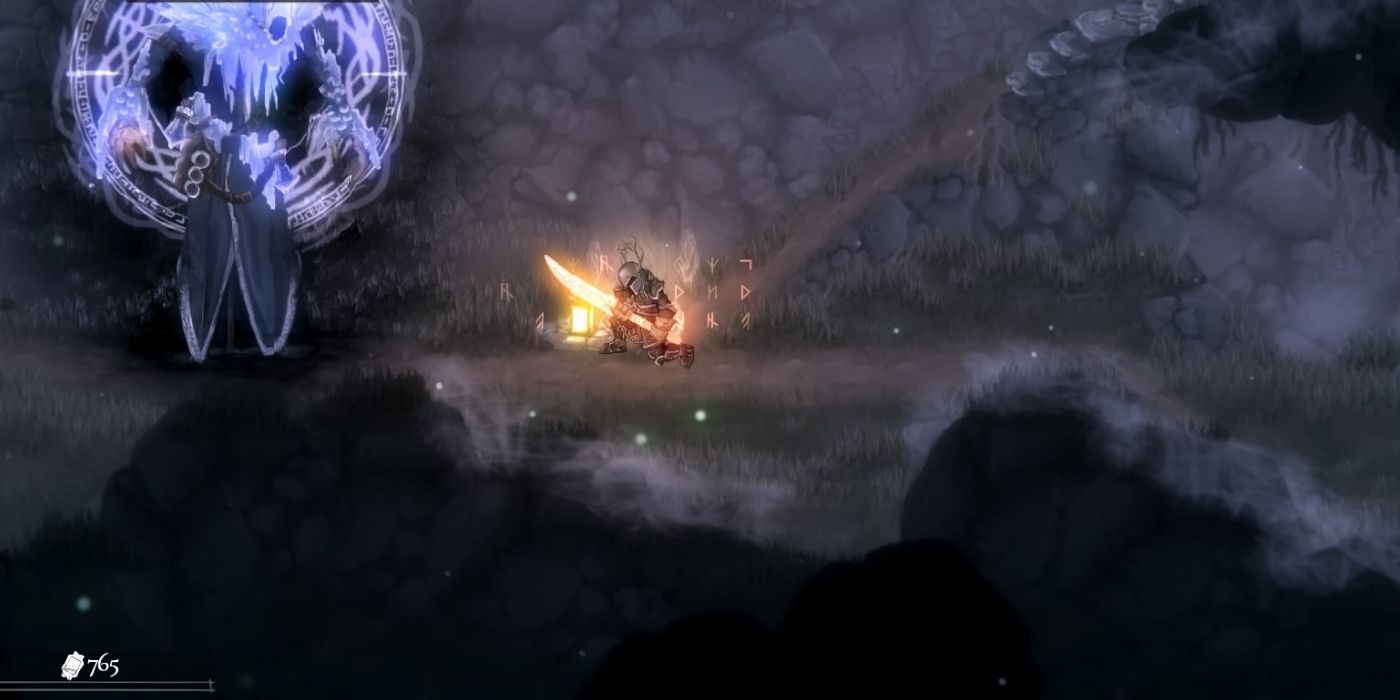 Sending off a blast of toxic energy. Setting your sword ablaze with a word. These abilities and more will come to you when you master Salt and Sacrifice's runic arts, special properties inherent in certain weapons that unlock their true potential. By spending rage or focus, you can use these skills to use your enemy's power against them, and level the playing field against the accursed mages, fighting their magic with yours.

The problem is, to access these arts, you not only have to find weapons with these magical properties but progress far down one of two skill trees, Banereader and Glyphreader, to use them. Couple that with the fact that you'll have to level up your weapon skill to even be able to swing certain weapons, and you'll find it takes a very long time, and a ton of salt, just to be able to shoot ice out of your already magical lance. 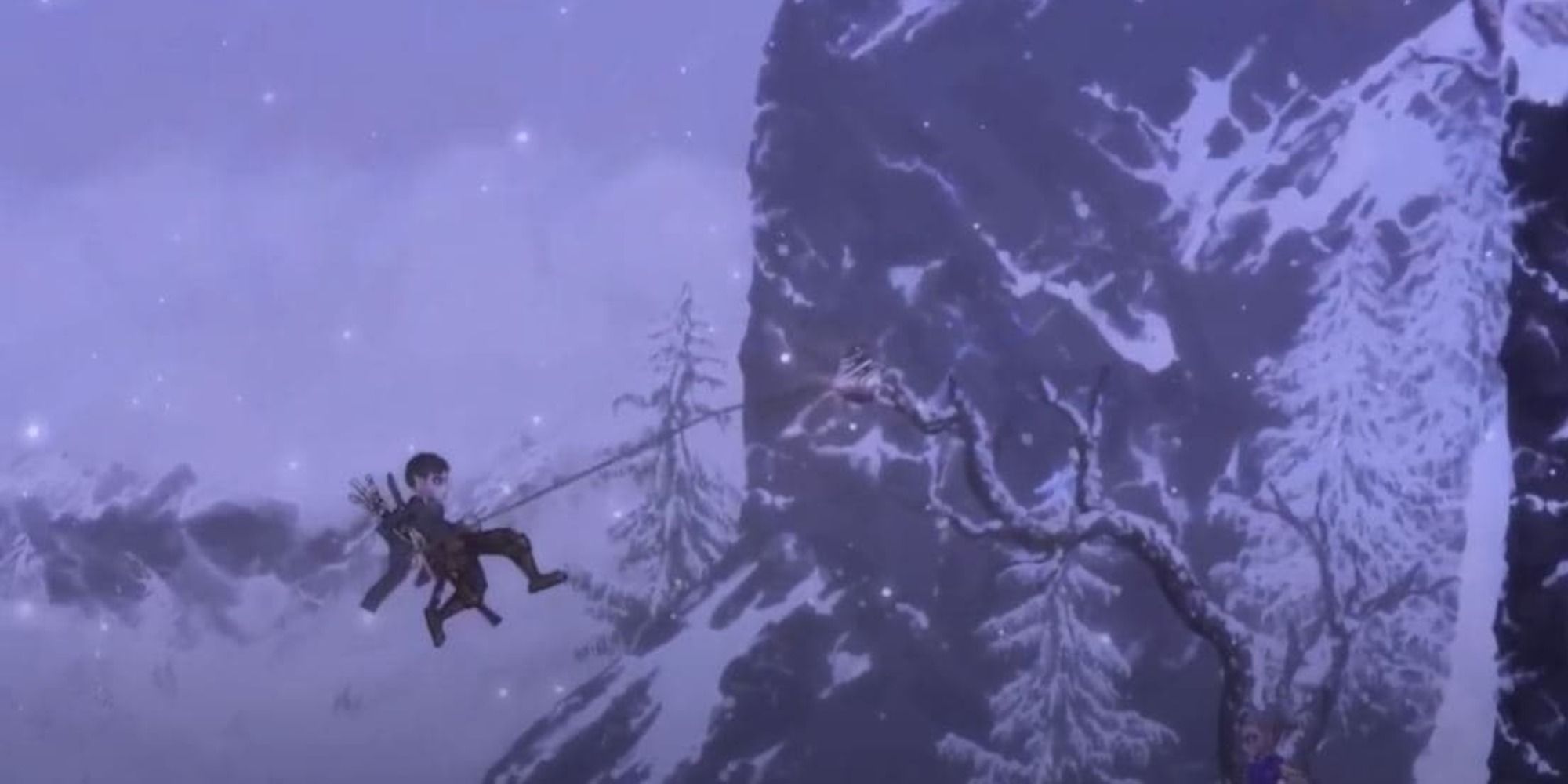 Sometimes the slog is what makes a Soulslike worthwhile. The tension of backtracking, the potential of losing your progress to even the weakest enemy, makes your victory all the more rewarding when you come out the other side.

On the other hand, Salt and Sacrifice's world is gigantic, there's only one place you can level up, and the entire area will reset if you leave it. If you're trying to level up safely, you'll be traveling back to Pardoner's Vale a lot, and every time you do, you're forced to warp back to the starting area of the level you just left and do the entire thing over again, and after a while it gets old. Easier access to other areas of the map would keep the game fresh while still maintaining the tension of a hard-won victory. 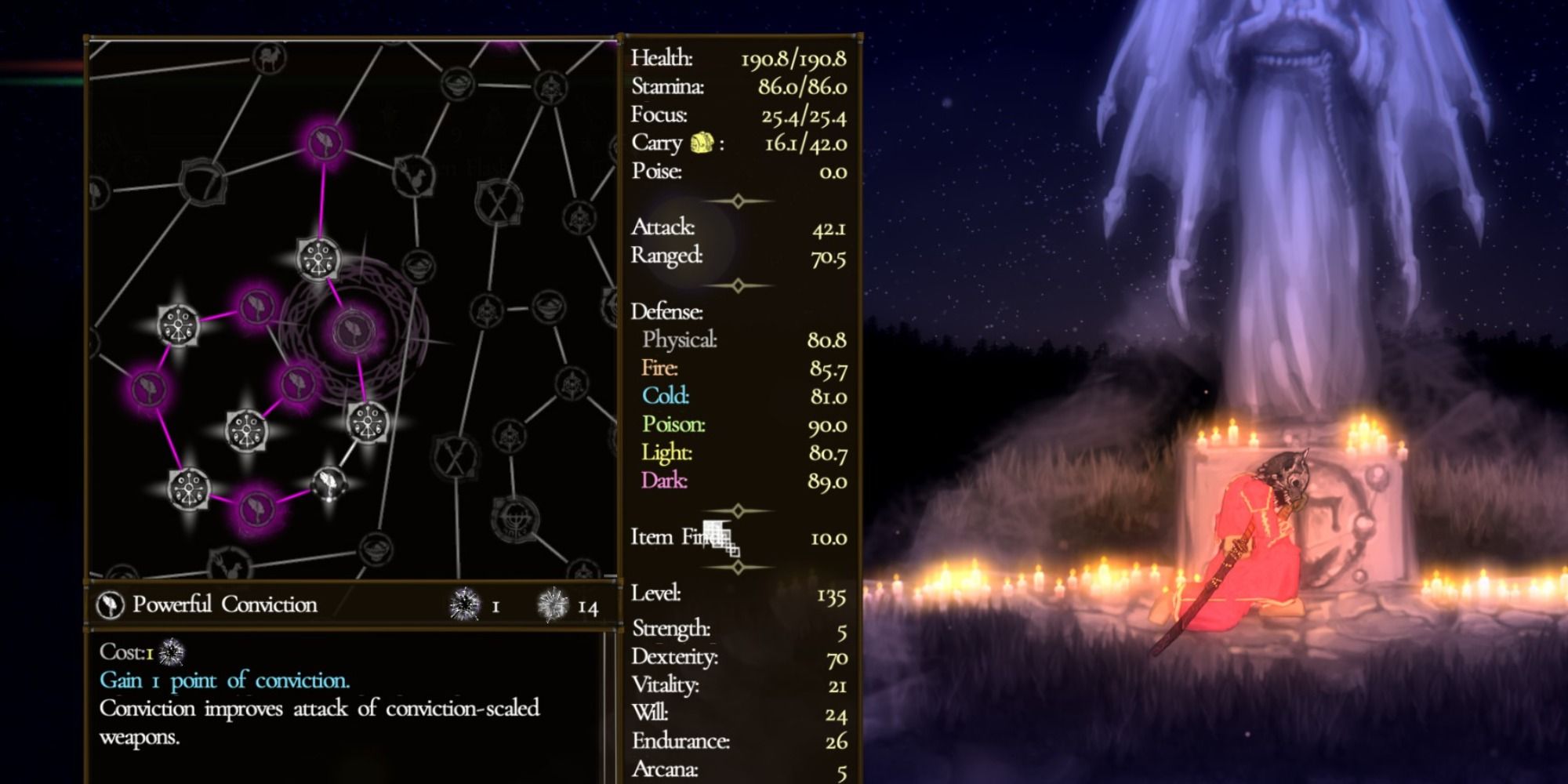 The first time you open up Salt and Sacrifice's skill tree can be a bit overwhelming. With a setup resembling a huge constellation of stars, you'll feel hard-pressed to know where you should put your skills, as if one wrong move will break your character, making them useless in combat.

But it won't. Salt and Sacrifice's skill tree is vast, but a lot of the skills don't really do much. Increasing your strength is great, but it doesn't do much except let you hit harder with strength-scaled weapons. Using those weapons, though, has nothing to do with your strength. Instead, you have to go through a specific tree, to gain access to higher quality weapons, or to wear certain kinds of armor. For the most part, leveling up is just the same as putting points in a stat, but with unneeded, extra steps.