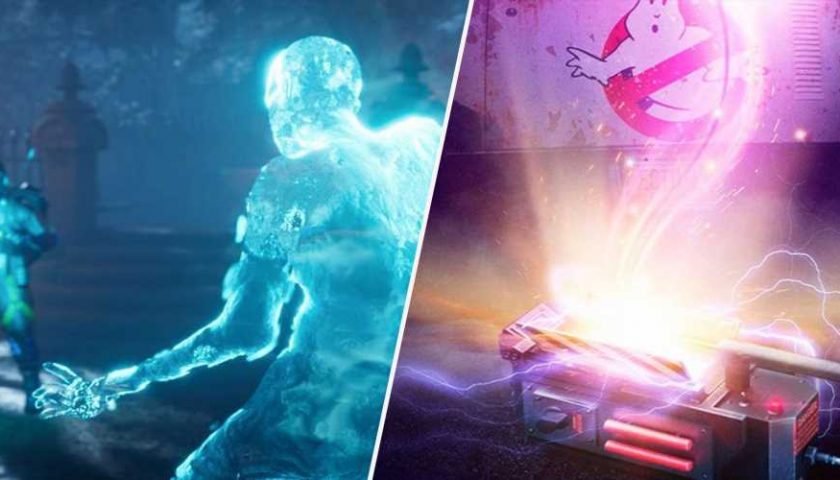 Ghostbusters: Spirits Unleashed is a tremendous title for fans of Ghostbusters to sink their teeth into. There are references and easter eggs aplenty, including secrets to find and challenges to complete. Nevertheless, all that doesn’t make for a perfect game.

Ghost hunting is always sure to be an exciting time, and there are certain qualities that make Spirits Unleashed worth playing. However, if IIIFonic wishes to expand on the experience further, there are changes and alterations we think could work. 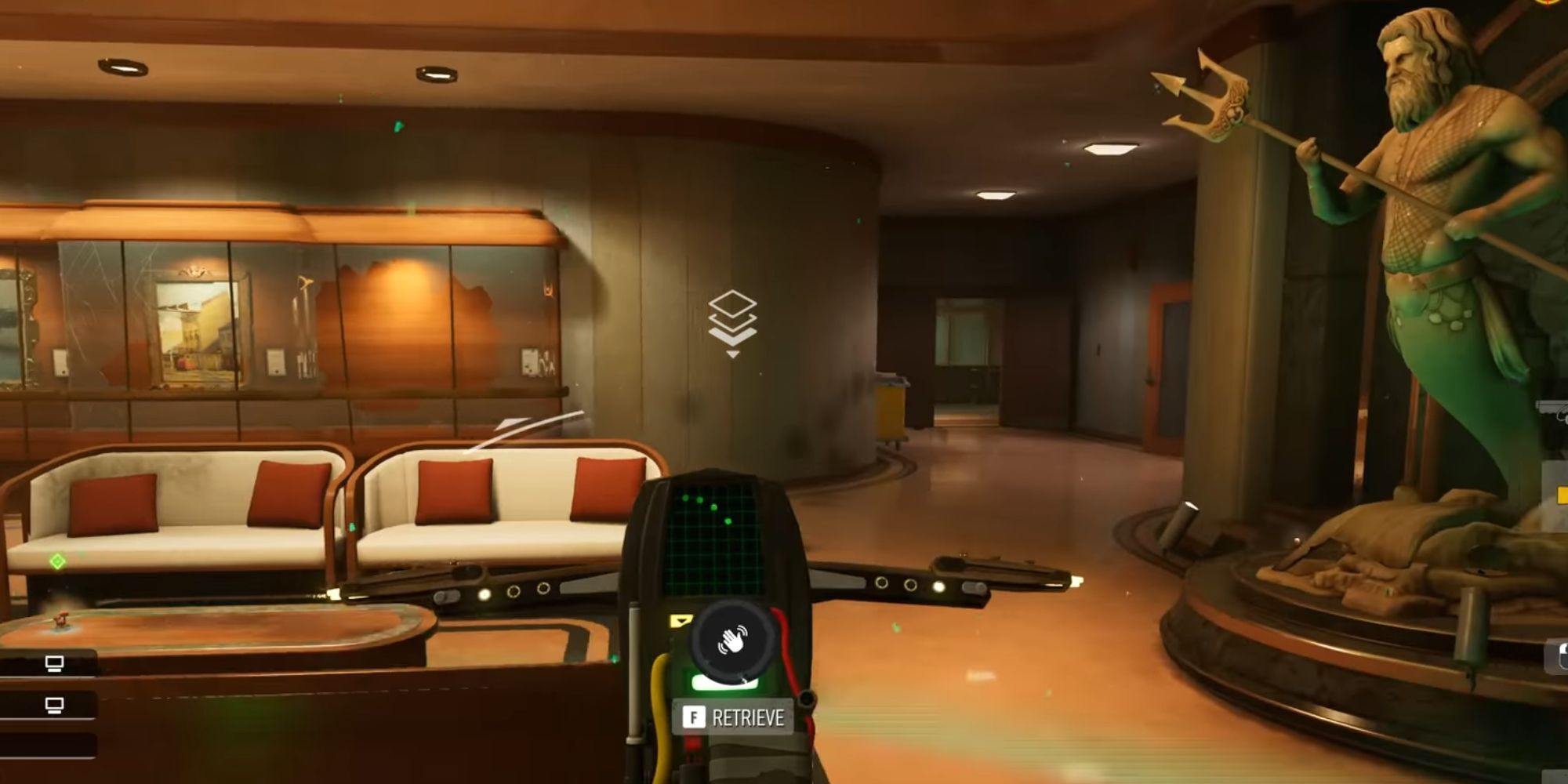 Five maps is a decent number for a starting point, but with how little variety these present, the game would have benefited from a few extra maps or more detail in existing ones. Each is a building with an upstairs and downstairs, civilians to calm down, furniture to destroy to your heart's content, and rooms to explore. Playing more and more of the game becomes slightly repetitive, since maps all play the same.

A larger map with more easter eggs and more content to explore would aid with keeping things fresh. Core mechanics could play into these more significant places, adding an additional difficulty element. 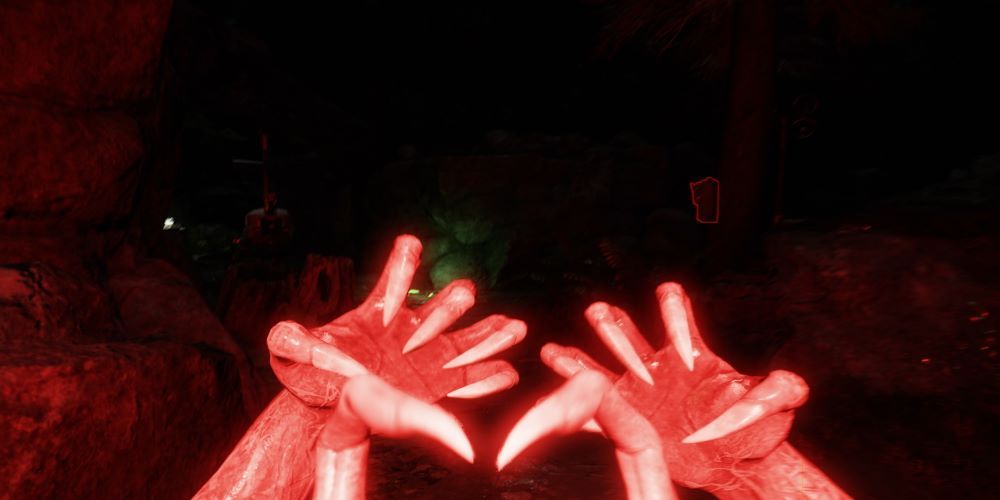 The campaign is comprised of cutscenes dispersed between matches that introduce your character (the Buster) and introduce new ways to play the game. However, it doesn't explore much else. The entire story can be completed in around two hours, and is more akin to an extended tutorial with cutscenes here and there.

Not every game needs a lengthy story with bundles of side missions, but with how lackluster these cutscenes are, why include them? DLC is planned for upcoming updates, so things could change by that point, but the narrative is disappointing as of now. 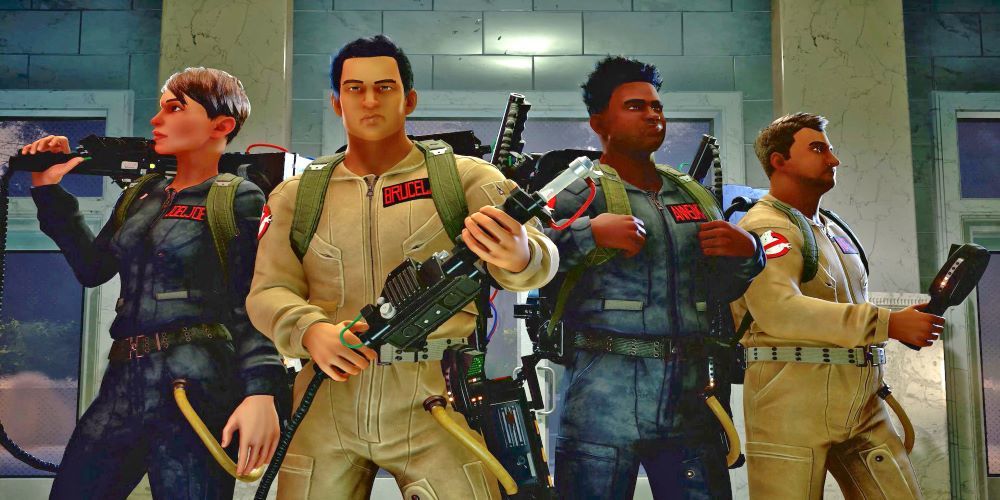 Around ten minutes into your playthrough you can choose how your Buster will look. This includes body type, voice, skin color, outfits, and accessories. Progress through the game, do well in all your matches, and you can purchase better costumes and accessories to wow the crowd.

Ghostbusters: Spirits Unleashed is in first-person for Buster play, so only other players can check out your stylish look. If you're going to include this option, go all out! Further and more varied options for clothing, with roots in Ghostbusters lore, would add even more enjoyability to the experience. 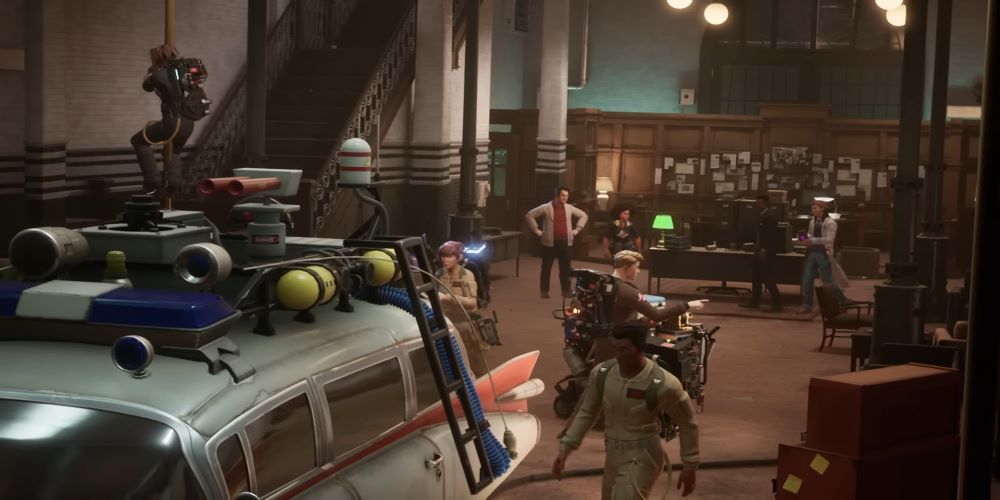 Speaking of Busters playing in first-person, it would make more sense for both Busters and Ghosts to play in the third person. If it works for one, it can work for the other. And even if it isn't a set thing, giving every player a choice between first and third-person adds a new layer of accessibility — especially for those with motion sickness.

You'll also get to check out your cool clothing and have a larger view of the map, giving you a better idea of where you are. 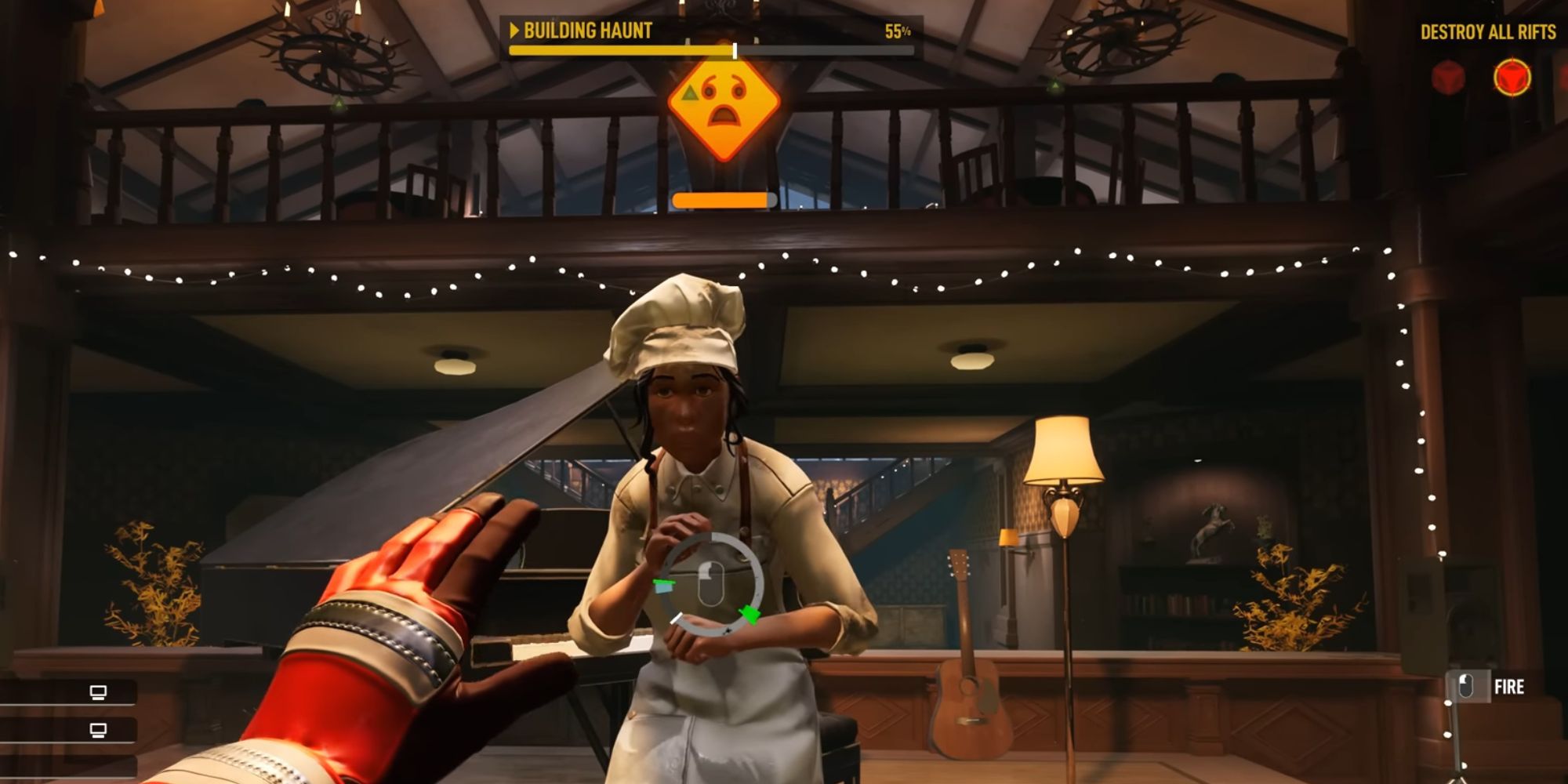 Civilians are spread across the map and will react according to the ghost's actions; as a Buster, you must calm them. To do so, you'll interact in a QTE where you must press at the correct times to calm the civilian down successfully. Doing so whenever possible will make your life easier, as these civilians will turn into allies and help raise bonus XP.

It isn't at all difficult to make these civilians feel better; the only drawback is taking up time you could be spending attacking the enemy. With a new system, getting civilians on your side has the potential to be challenging, or even provide the player with negative statuses depending on the outcome.

2/7 Further Interactivity As A Ghost 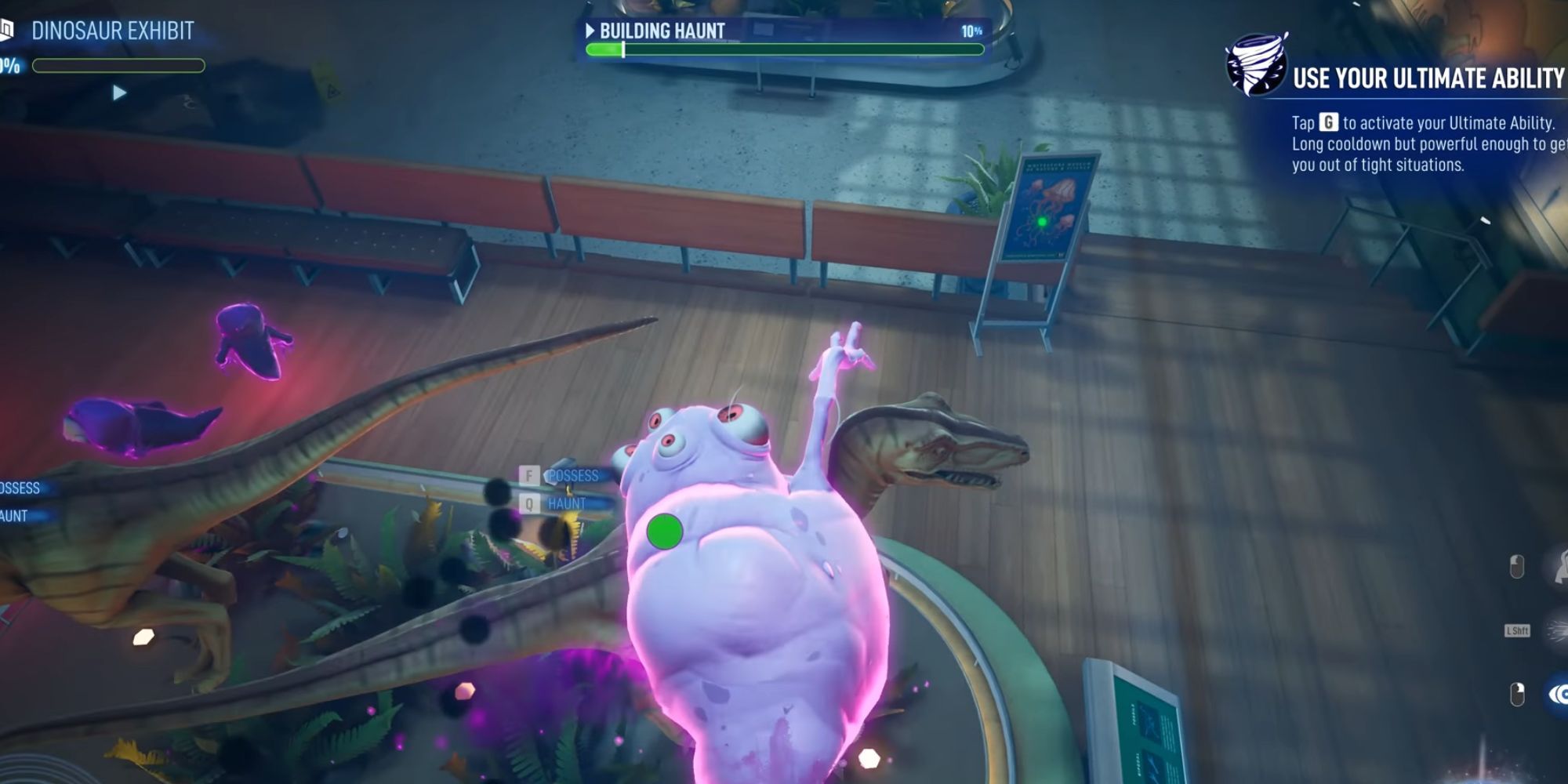 Playing as a ghost is a way to mess around with the opposing team as you wander through the halls scaring everyone and everything in sight. Unfortunately, a good chunk of the time spent playing in this mode will be gathering points before you start haunting the Busters. You'll have to possess objects to increase your points, making it repetitive, at least in the first half of the match.

You can also pick up closed ghost traps so they can't be used against you, but everything else is about possessing items to charge up your ultimate, unleashing game-changing attacks. A few more abilities here and there and different variety in the first part of every match would make playing as a ghost worth doing more often. 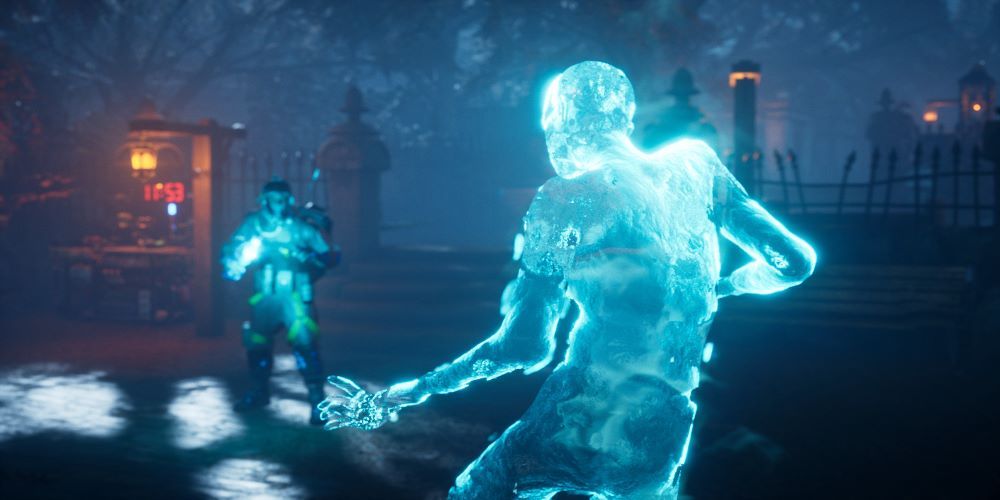 The challenge scale is different for all types of games. It's dependent on the genre, audience, story relevance, and upgrades; virtually everything and anything is a factor, no matter how small. With Spirits Unleashed, there isn't much difficulty to speak of, which partly makes sense because it's aimed at a younger player base but excludes fun for people who want more of a challenge.

Boss fights are the ghosts you fight at the end, finishing off a mission as soon as they're captured. The combat is essentially the same — aim and shoot with your Proton Blaster until they're downed. Adding tactical ways to take down these baddies will add challenge without making it unfair.