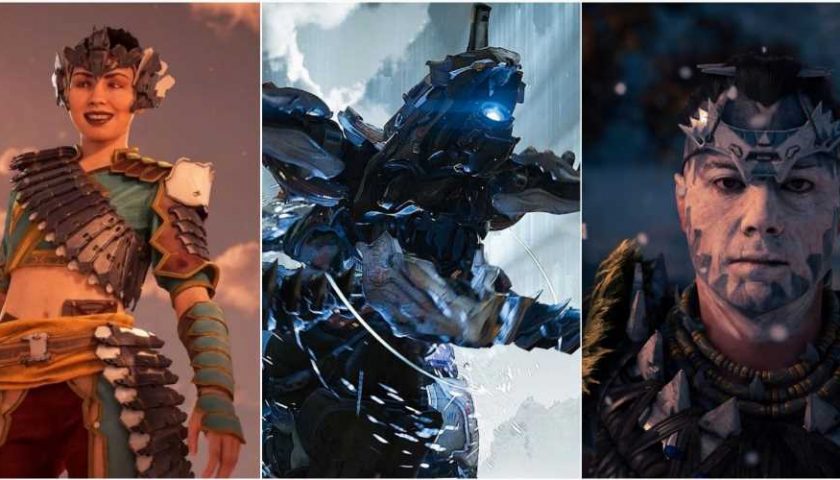 Aloy is back fighting robot dinosaurs and saving the planet from another global catastrophe in Horizon Forbidden West. Picking up shortly after Horizon Zero Dawn, Aloy must find a backup copy of Gaia, the advanced AI that will help stabilize the biosphere and save the planet, though a new enemy has emerged to stop her.

Other than giving us another reason to hunt robots in the wild, Horizon Forbidden West expands on Aloy’s story and the overall world compellingly. Horizon Forbidden West is a beefy game with plenty of new characters and locations that some might miss in their initial playthrough. Let’s take a look at a few important details in the game that might’ve fallen through the cracks.

The following list contains entries that have major spoilers regarding the game's story. Only continue reading this post if you've finished Horizon Forbidden West.

6 The Failure Of Leviathan 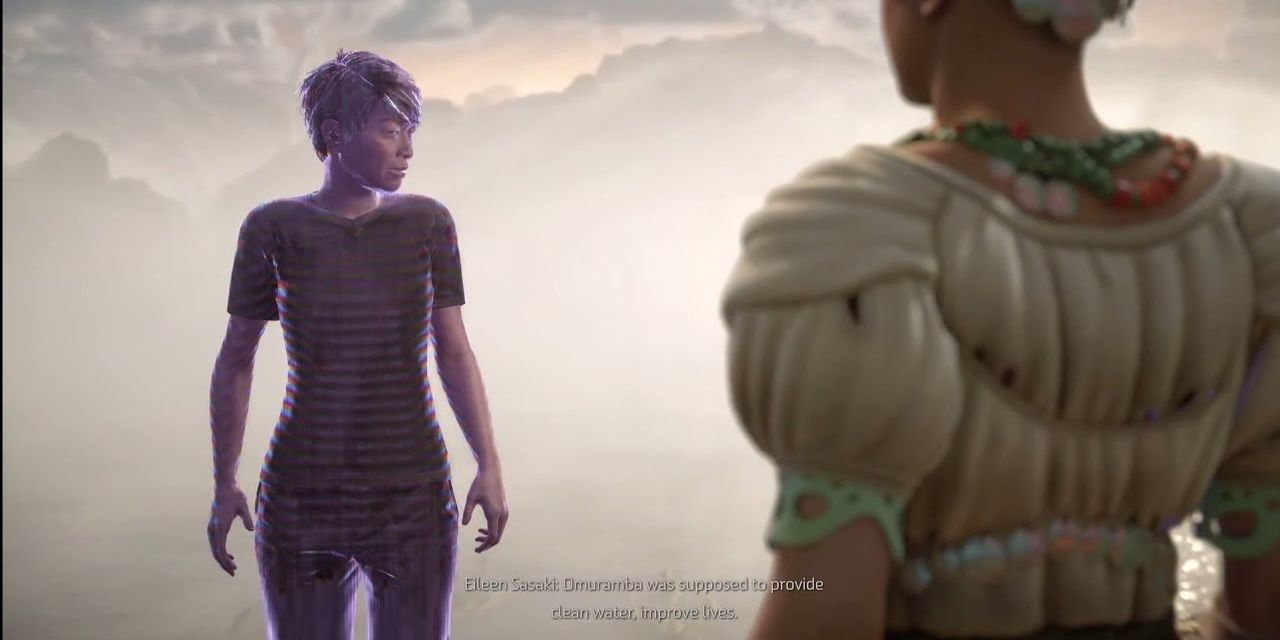 After successfully recruiting Alva from the Quen to join Aloy in her mission to save the planet, Alva will mention her own mission to save her people across the seas. Due to the Derangement, the lands where the Quen reside have become barren and difficult to sustain life. Alva tells Aloy that through her research of old files from the ancient world, she discovered a system designed to stabilize water and help grow a community called Leviathan.

Taking up the quest pairs Aloy and Alva together as the two explore the old ruins of the Leviathan headquarters, Atbay Global Infrastructure, in what used to be San Francisco. By discovering more datapoints, the truth is revealed that the Leviathan system was actually polluting the water supply and killing thousands of people. When one of the analysts reported their findings, Eileen Sasaki chose to cover up the facts to protect her father and the company, but when she realized nothing was to be done about fixing Leviathan, she went against her father to try and save the project. Though the world ultimately still ended up being destroyed, her research to improve Leviathan might be enough for Alva to help the Quen and their water situation. 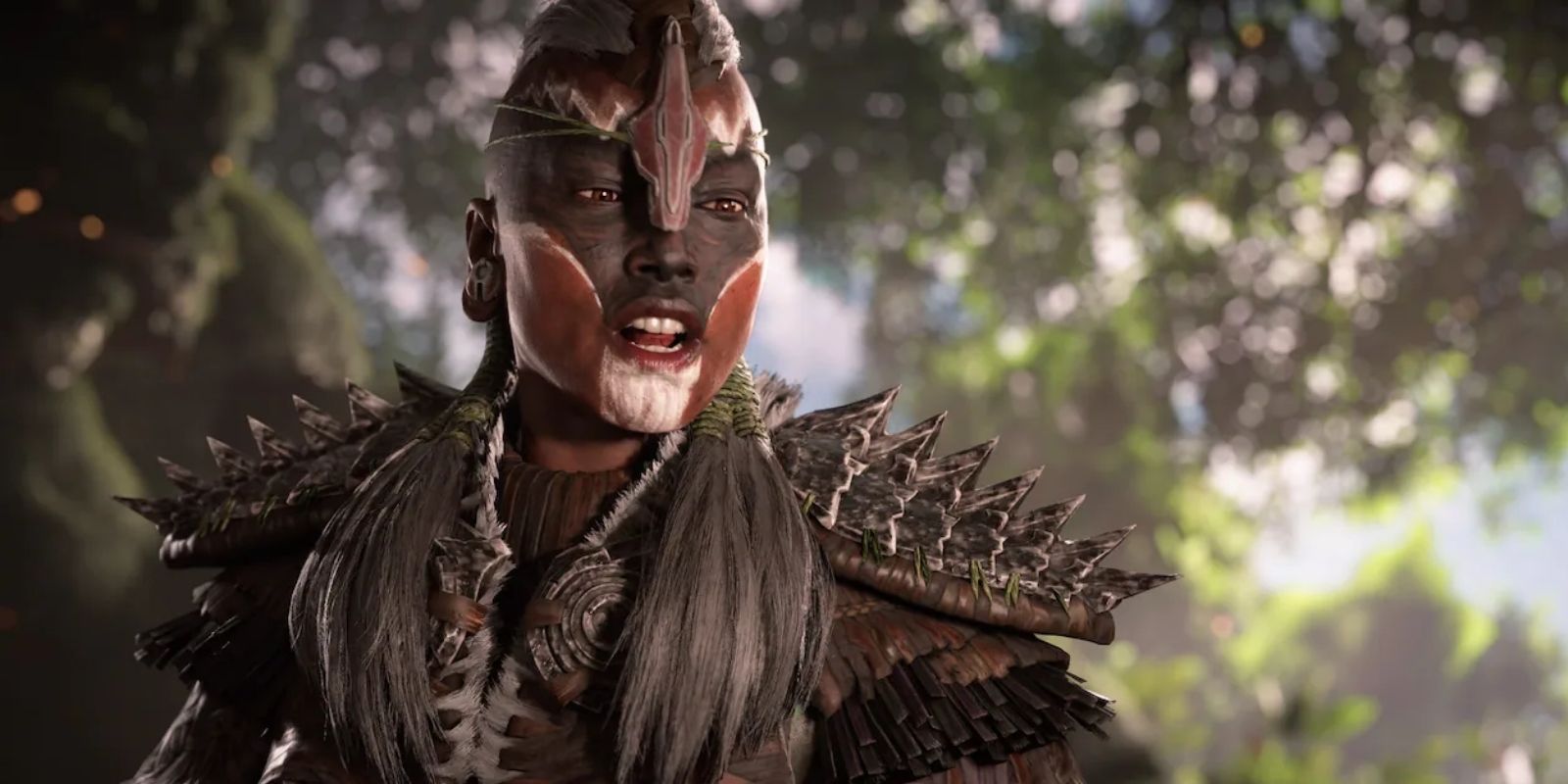 Before Aloy can begin her adventure into the Forbidden West, she must first help get the embassy underway between the Carja and Tenakth. For years, the Carja and Tenakth have waged war, most notably during the Red Raids. During this time, the Carja tried to overtake Tenakth territory, but the three clans banded together to drive the Carja back to Barren Light. Once the Derangement began, however, Chief Hekarro of the Tenakth saw benefits in extending an olive branch to the Carja.

This didn’t go very well with some of the Tenakth, including his best Marshal, Regalla. Known for her ruthless brutality, Regalla despises the Carja for the death of her brothers in the Red Raids. When Hekarro decided to make peace with the Carja, Regalla challenged him to combat for command of the Tenakth. Hekarro defeated Regalla, but instead of following the Tenakth tradition and killing her, he spared her. Sylens saw an opportunity to use Regalla's rage against Hekarro and when the chief was out of the picture, Sylens would order Regalla's Tenakth forces against Far Zenith.

Of course, things don't always go according to plan when Aloy is involved. The Nora huntress saved Hekarro from Regalla's initial attack and then protects the clan during Regalla's final assault. After Aloy defeats her, she's given the choice to once again choose between letting Regalla live or ending the threat permanently.

While Aloy does sympathize with most people, keeping Regalla alive might be too much of a risk. However, if you do spare Regalla, there is an additional cut scene in the battle against Far Zenith that shows Regalla sacrificing herself to save Aloy. Although this, somewhat, makes up for Regalla's relentless blood-feud against Hekarro, Aloy doesn't acquire her high-powered bow. So while most people might opt for killing Regalla for her weapon, there is a satisfying conclusion to her character if she's kept alive to help in the final battle against Far Zenith. 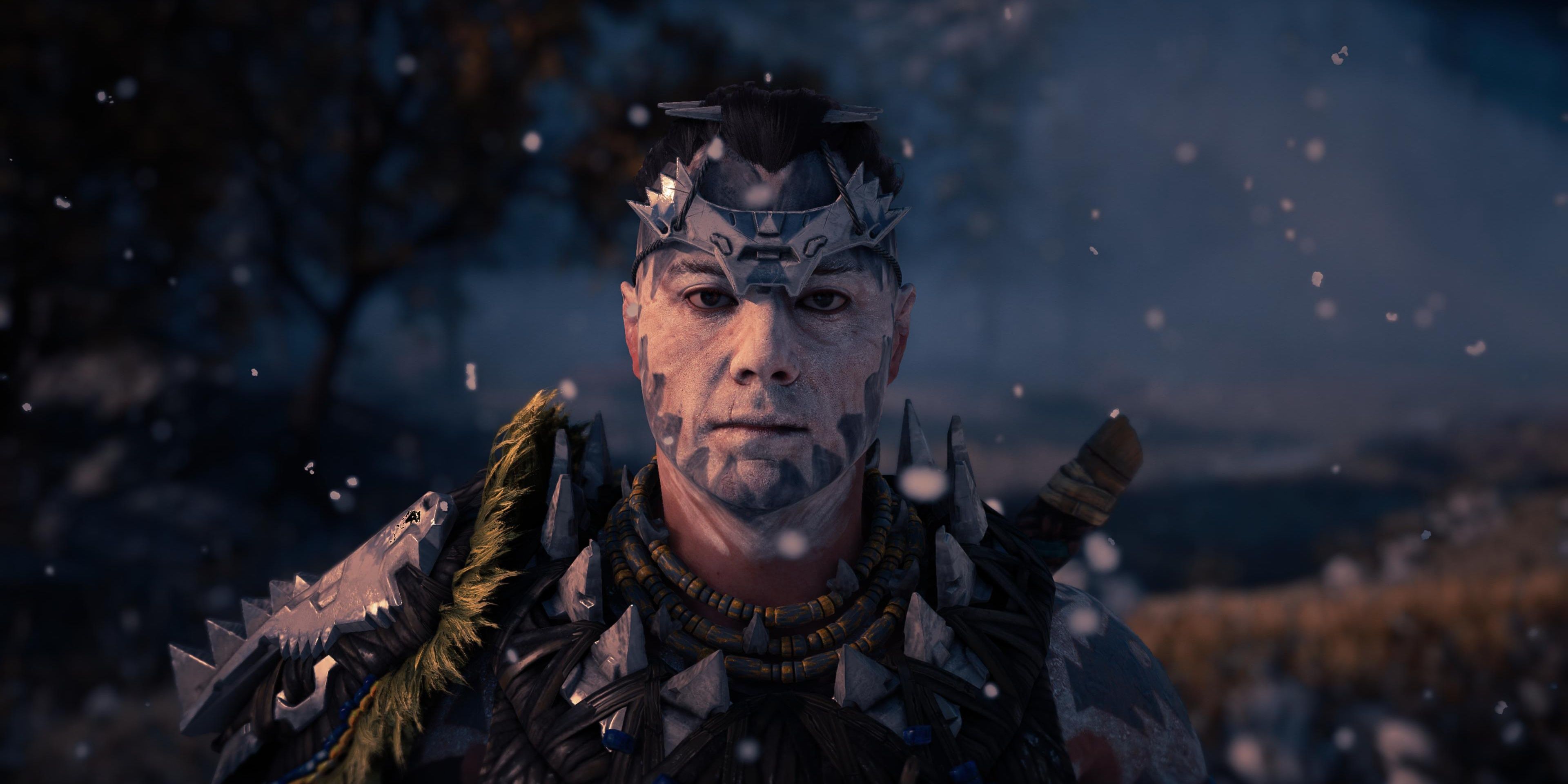 Kotallo is one of Hekarro’s most trusted Marshals, but unlike Regalla, doesn’t feel the need to kill his chief. Originally part of the Sky Clan, Kotallo’s parents were killed in a skirmish when he was very young. During the Red Raids, Kotallo was responsible for the Tenakth successfully attacking Barren Light and effectively ending the Carja’s advancements into Tenakth territory.

Because of Kotallo’s achievement, the chief of the Sky Clan, Tekotteh, was threatened by Kotallo and thought he would challenge him for command of the clan. In his paranoia, Tekotteh sent Kotallo to the Kulrut. The Kulrut pits people against machines and the survivors become Marshals of Chief Hekarro. And by becoming a Marshal, Kotallo wouldn’t be able to challenge Tekotteh for command of the Sky Clan, despite never wanting it in the first place. 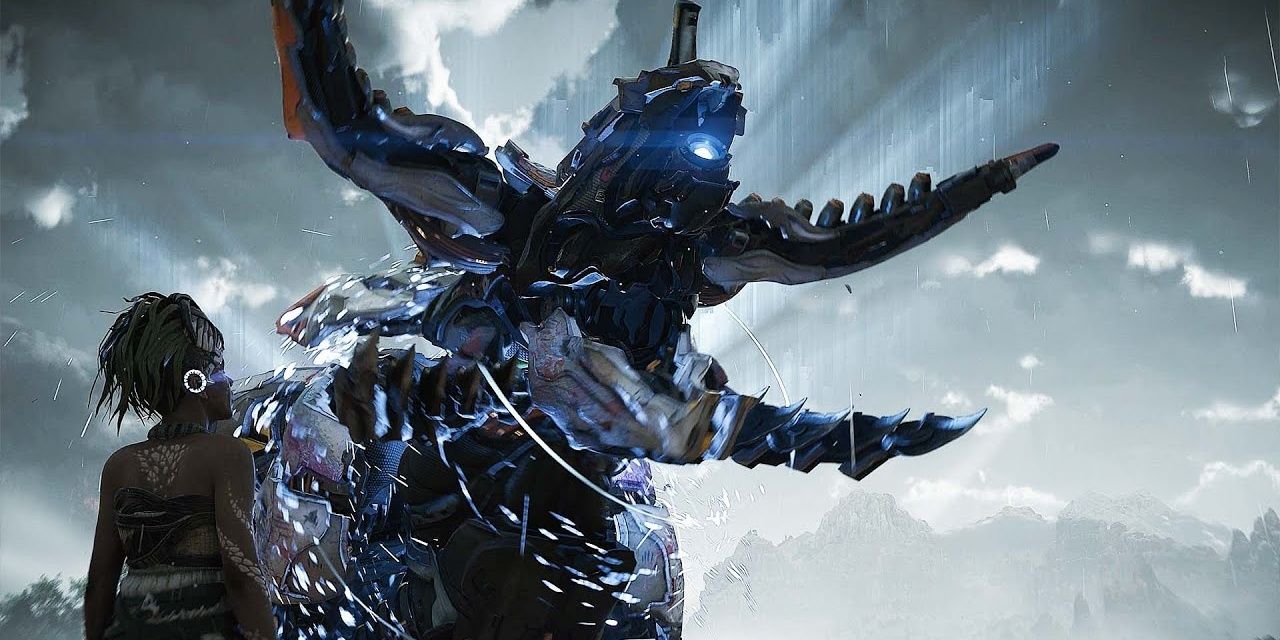 After recovering from her injuries in Plainsong, Aloy discovers more about the Utaru from the gravesinger Zo. Known for being mostly peaceful people, the Utaru farm the lands and live off whatever crops they can harvest. Before the Derangement, the Utaru worshipped massive machines they called their Land Gods because they were responsible for tending to the land and providing the Utaru with suitable soil to harvest.

However, things took a turn for the worse once the Derangement started. The Land Gods slowly became corrupted by Hephaestus and the lands of the Utaru slowly died. Zo tried pleading to the Chorus, a collective who leads the Utaru, but her cries fell upon deaf ears. Zo asks for Aloy's assistance in restoring the Land Gods and helping Plainsong develop sustainable soil and crops again. After discovering Thebes, Aloy can take a break from her main quest to help Zo. Despite the Derangement or Hephaestus controlling machines, rebooting the base code for the Land Gods ultimately brought them back to their normal states. By doing this, the Utaru can safely harvest their lands and rebuild their falling society because of the damages dealt by the infected machines. 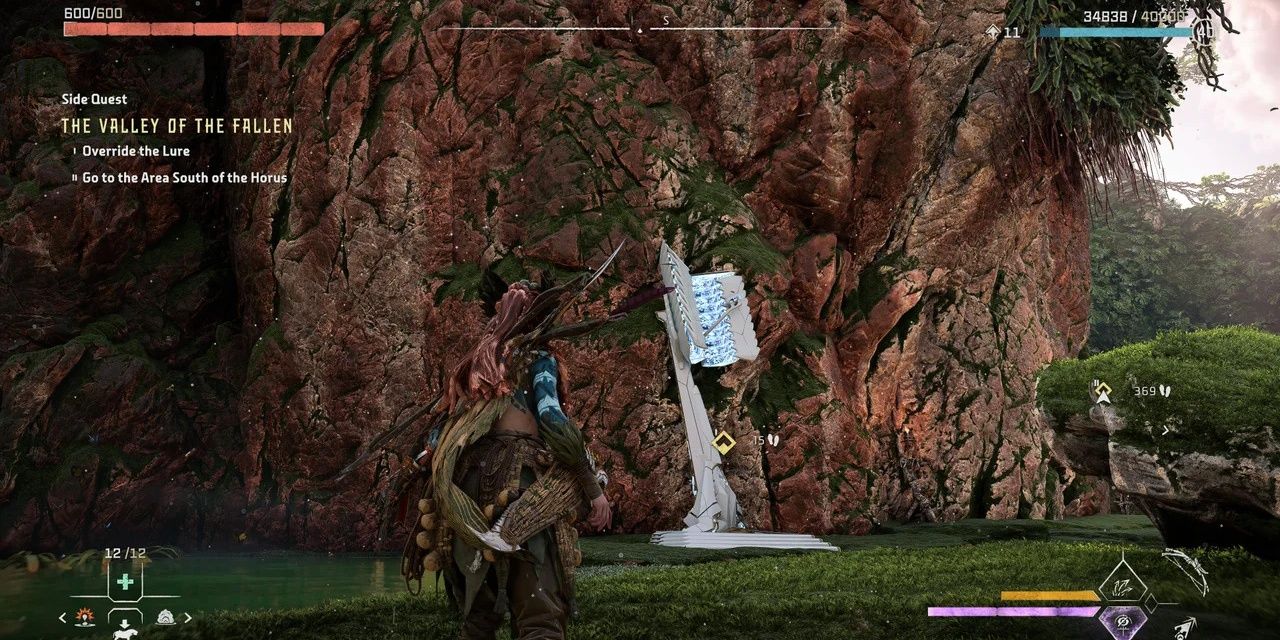 To keep various tribes at bay from their base, Far Zenith placed towers called Lures near the island that would attract dangerous machines. Far Zenith used the surrounding environment to create a natural defensive front against invaders, and could also use the machines as an alarm system to alert them of attackers. Unfortunately, the towers that attracted the machines forced the Lowland Tenakth tribe to abandon the territory.

Aloy learns that a group of Tenakth tried to venture into the Valley of the Fallen to drive out the machines, but many either died or were lost in the mission. With the help of Ivvira, Aloy can defeat the machines and disable the towers to prevent any other dangerous machines from gathering in the Valley of the Fallen. Not only will destroying the towers deal a huge blow to Far Zenith's defenses, but it also liberates a large portion of land for the Tenakth. 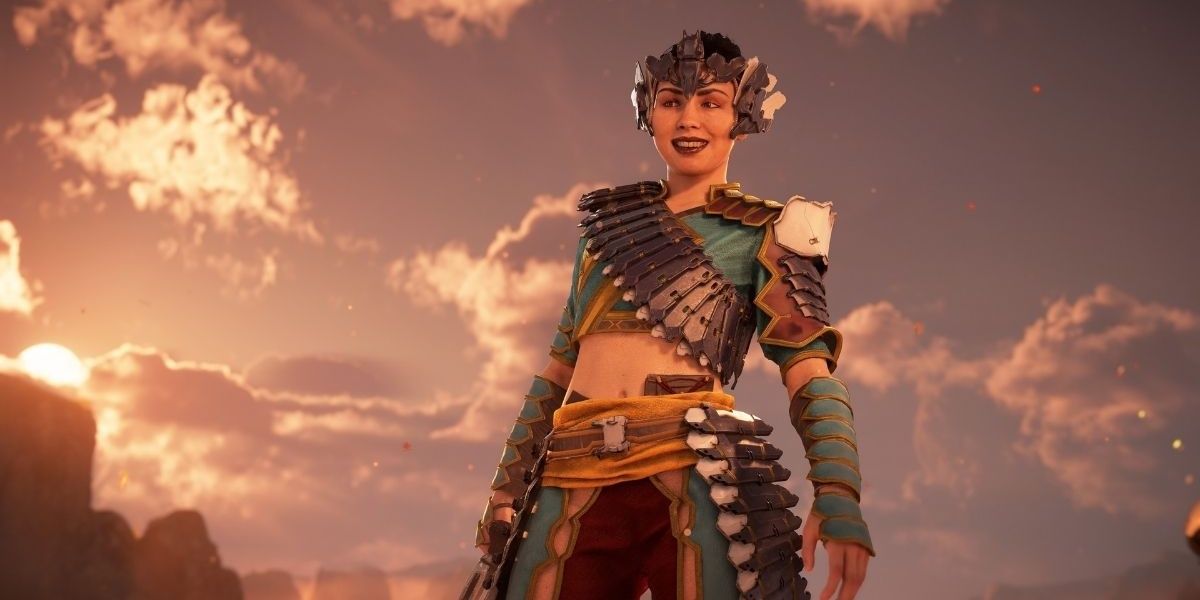 Among the characters making a return in Horizon Forbidden West is the Sunhawk Talanah Khane Padish. Aloy first encountered Talanah in Horizon Zero Dawn after earning three Half-Suns at one of the various Lodge Hunting Grounds. Because the Carja viewed the Nora as savages, Aloy sought mentorship from Talanah, who put Aloy through numerous tests to gauge her capabilities. After Aloy proved herself, the pair convinced the Carja to accept Aloy as Talanah's pupil. In Horizon Forbidden West, Aloy stumbled upon Talanah in the wild. The Sunhawk told Aloy she was searching for a fellow warrior named Amadis, triggering the side quest, Need To Know.

While Amadis is a fellow warrior that Talanah doesn't want to see harmed, she also tells Aloy that she's developed an emotional connection with him. Understanding the stakes, Aloy volunteers to help her Hawk find Amadis. After finding a trail using her Focus, Aloy discovers that Amadis may be heading toward a Tenakth prison called the Rot. Luckily, the pair find Amadis outside the Rot and tells them he's searching for his old lover who he thought perished in the Red Raids, but might actually be held captive in the prison. The three of them manage to infiltrate the Rot and find the person Amadis was searching for, but they've since adapted the ways of the Tenakth. Making it clear that she's not a second choice, Talanah leaves Amadis and tells Aloy that she hopes to see her again in the future.