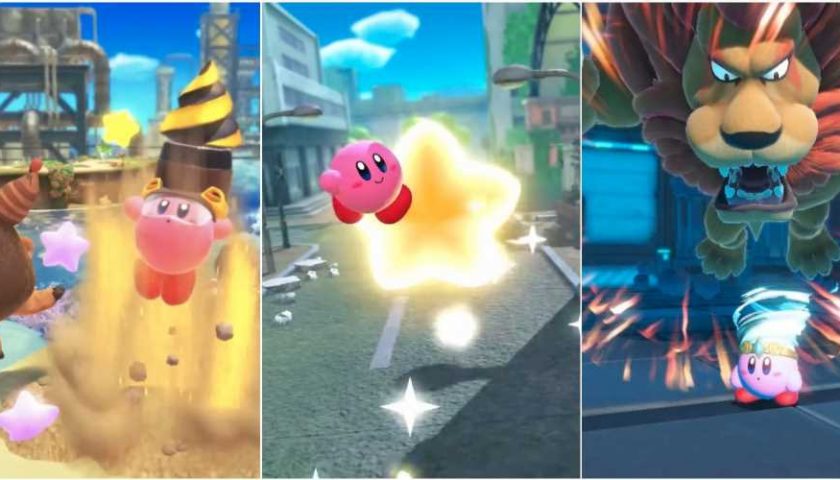 Kirby games are pretty straightforward. If there are any lingering questions at the end of the game, it can usually be chalked up to either "It takes place in Dream Land" or "It's just a Kirby game." But Kirby and the Forgotten Land feels different. Since it takes place in a more realistic world after the dominant species left the planet for another dimension, a lot more questions present themselves.

So let's take a look at the questions that have stuck with players the most after beating Kirby and the Forgotten Land. Besides "How quickly can I play this game again?" of course.

6 Was The Forgotten Planet Earth? 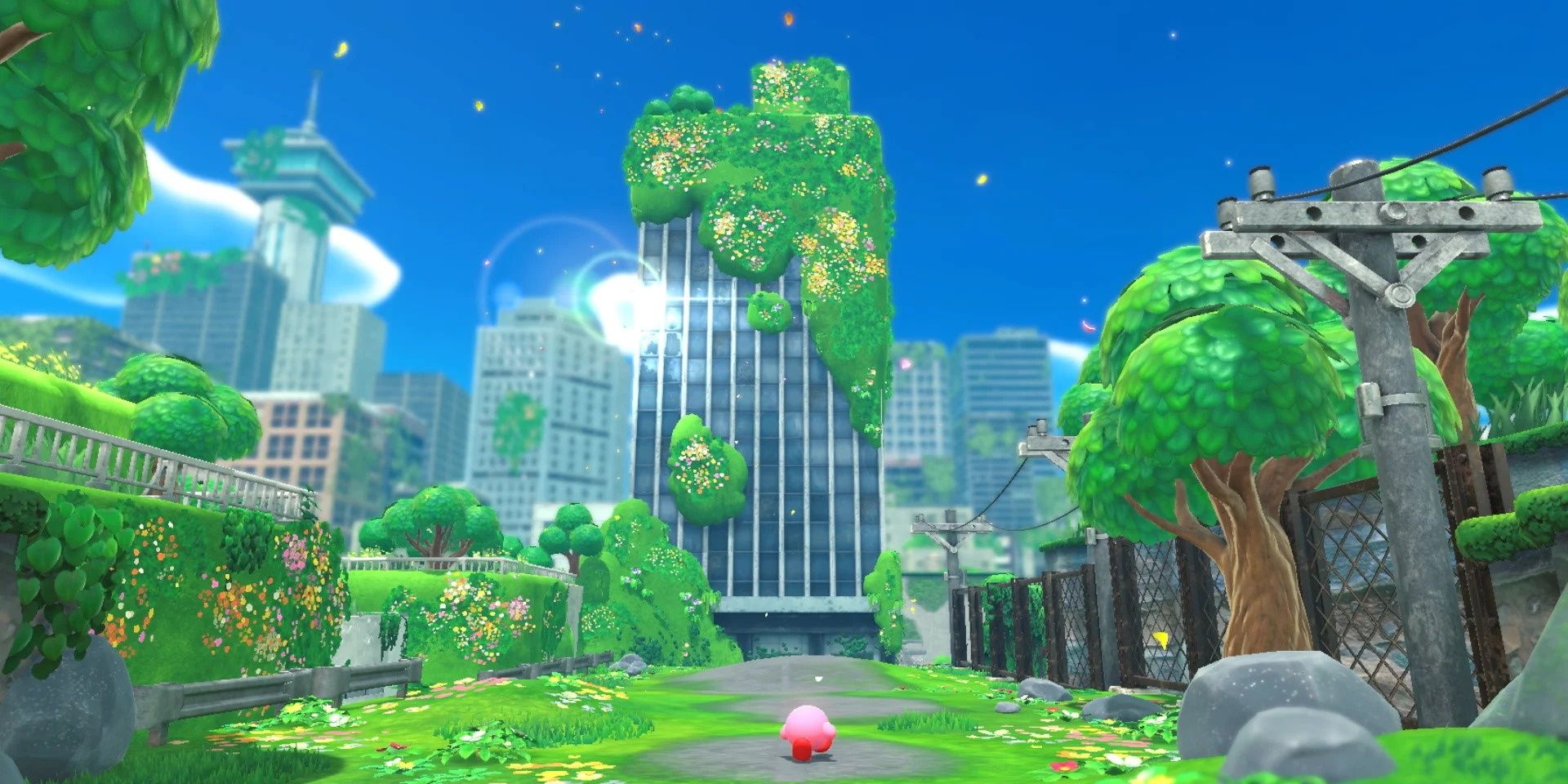 As soon as the trailer was released for Kirby and the Forgotten Land, word quickly spread about how Kirby's new game takes place in a post-apocalyptic Earth where plants have grown all over everything that people left behind. But this was never directly stated in the game or by Nintendo, so at this point, it is just conjecture.

Now, this isn't the first time that fans have declared that a Kirby game takes place on a post-humanity Earth, but this is the first time that we really got to go deep into buildings and settings that look like places you would see in everyday life. However, this is never confirmed so it will always just be a question.

5 Why Did The Waddle Dees Build A Movie Theater? 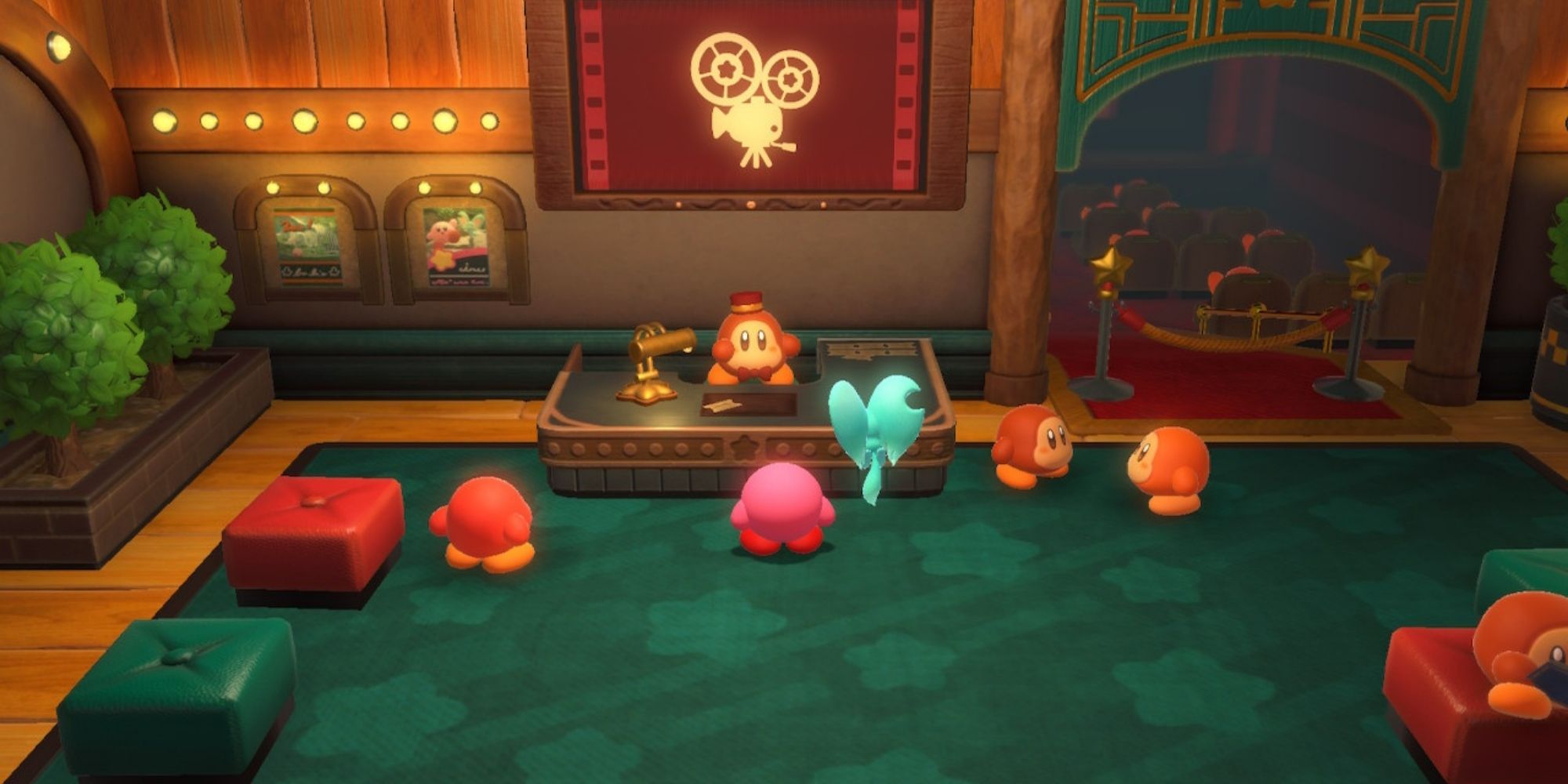 When you find yourself in a new and dangerous land, your first instinct turns towards survival, surely? The survival rule of three states that you can last three hours without shelter (in extreme weather), three days without water, and three weeks without food. But how long can you last without entertainment?

The Waddle Dees attempted to solve this in Waddle Dee Town in numerous ways, but one of the most baffling has to be building a full-blown movie theater with lush carpeting, reclining seats, a big screen, and a projector. If a competitor suggested this on Survivor, the others would laugh in their face.

4 More Importantly, Why Did The Waddle Dees Build A Coliseum? 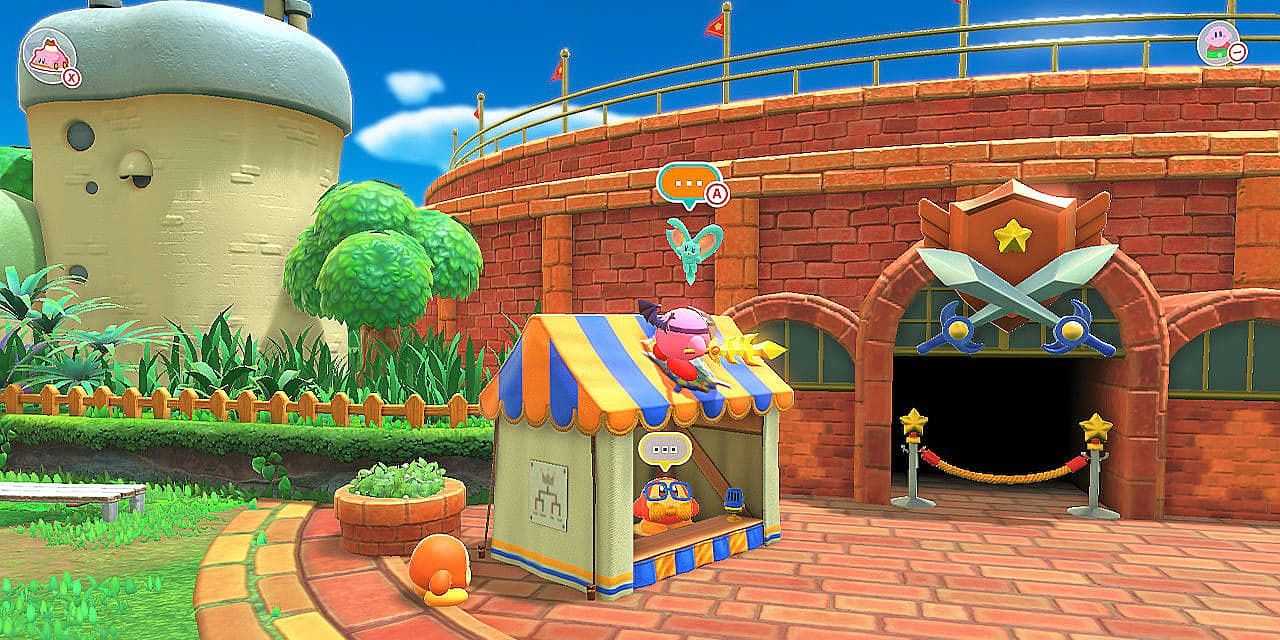 The movie theater is strange, but what is even more shocking is the need for Waddle Dees to see gladiatorial combat. Apparently, even though they seem to be a peaceful people, they can't get enough of it.

Yes, this is just a way to introduce the classic Kirby boss rush, but the logic behind the construction of a gladiatorial colosseum for entertainment before you even build a watchtower or the movie theater shows how much Waddle Dees truly lust for violence. If a competitor suggested this on Survivor, they wouldn't be laughed at. They'd be kicked off the show.

3 What Is Carol And Leon's Relationship? 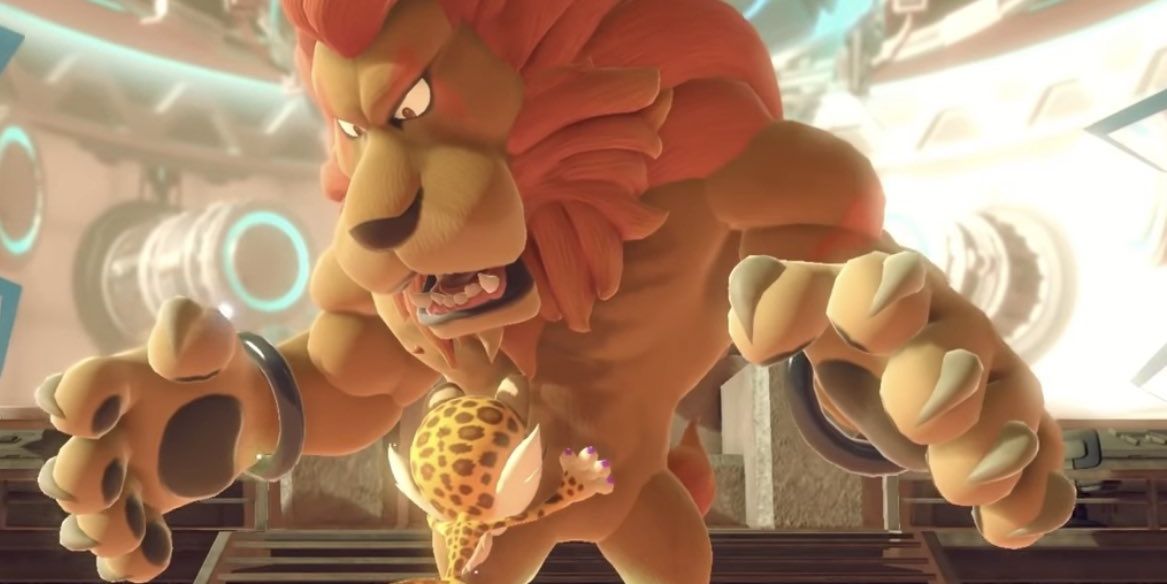 After beating the game, Carol (formerly Clawroline) approaches Kirby and Elfilin to help rescue Leon from the Forgo Isles. They do so and after Leon is set free, Carol runs up and gives him a big hug. This begs the question: What exactly is Carol and Leon's relationship?

Are they siblings? Friends? Something… more? There are even fan theories suggesting that Leon and Carol are father and daughter. All we really know for sure is that they care about each other and Carol changed her name and joined the Beast Pack to be closer to Leon.

2 Why Didn't Fector Forgo Possess All The Waddle Dees? 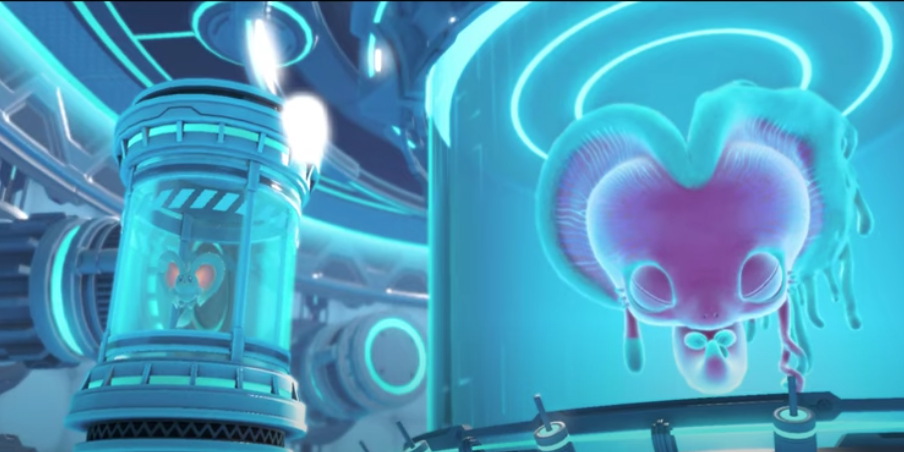 The game tells players that Fector Fargo is an all-powerful being from another dimension that can teleport and control minds. So for some reason, it has used that mind control to make the Beast Pack kidnap the Waddle Dees for labor (did you see how quickly they built Waddle Dee Town?). But why not just control the minds of the Waddle Dees?

Fector Fargo is powerful enough to transport an entire planet's population through dimensions and possess Leon, they should be strong enough to control something as simple as a Waddle Dee.

1 What Is Meta Knight? 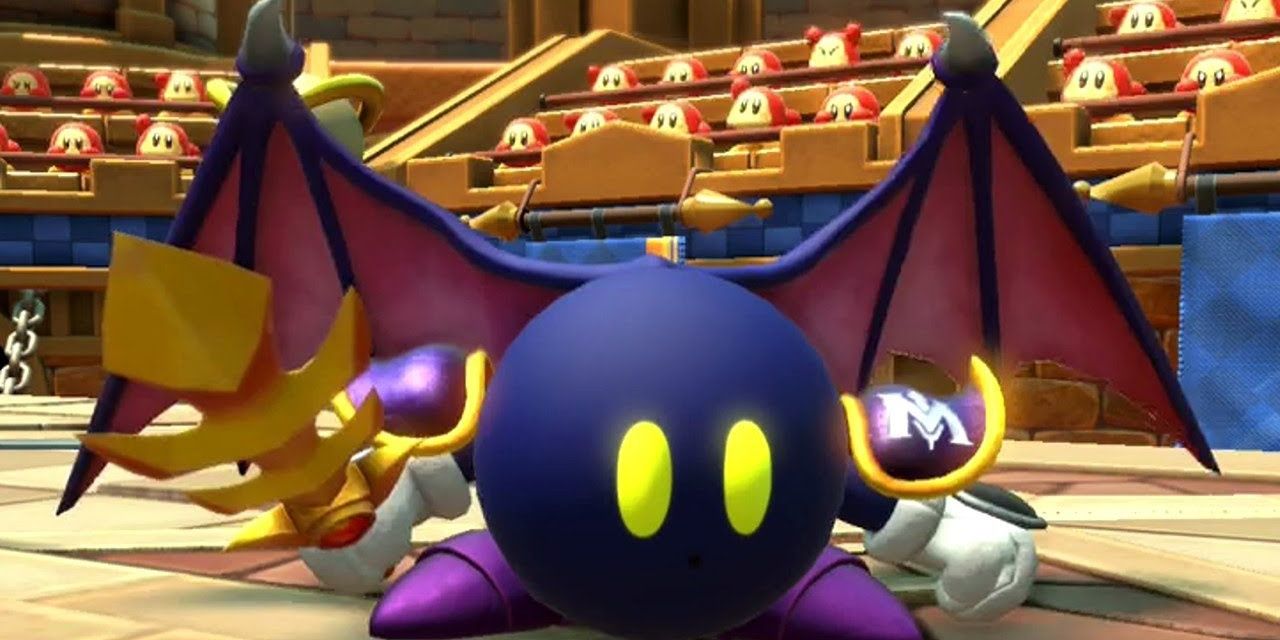 Meta Knight is easily the coolest character in the entire Kirby franchise. That sword, those wings, and that incredible mask make him look like a mysterious swordsman who wants to do right, but some kind of darkness keeps following him.

In Kirby and the Forgotten Land, players get the closest look at Meta Knight without his mask on. And Meta Knight looks… a lot like Kirby. So is he the same species as Kirby? No, Meta Knight has bat wings. And he definitely doesn't look like a Waddle Dee. Clearly, what the world needs is a stand-alone Meta Knight game.