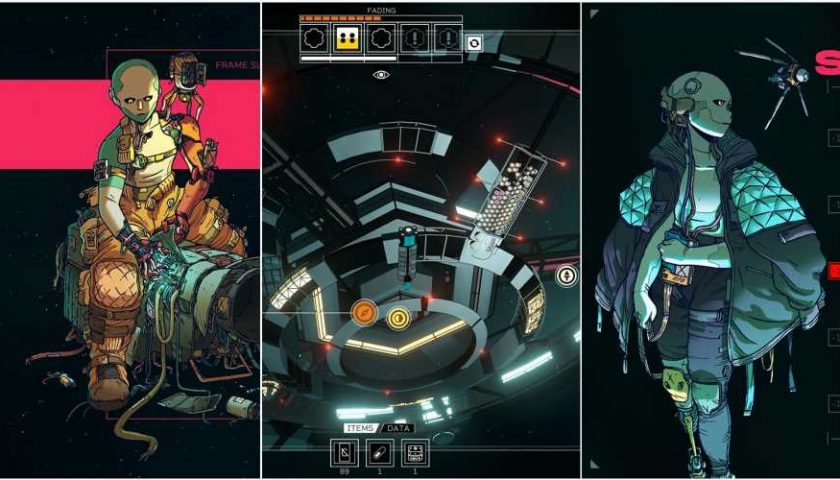 Don’t let the title of the article fool you, Citizen Sleeper is an absolutely phenomenal game. A narrative-focused RPG that combines incredible storytelling with a D&D-style dice rolling system, Citizen Sleeper is one of the best sci-fi RPGs to come out in a long time. Unlike many of its predecessors in the genre, it doesn’t spend too much time borrowing ideas from classic sci-fi stories like The Matrix or Blade Runner.

Combining a powerful and evocative story with memorable characters, beautiful art, a branching narrative, and breathtaking descriptions of text, Citizen Sleeper is a must-play for fans of sci-fi and fans of visual novels. That isn’t to say it’s a perfect game though. It’s very clearly a game made by a smaller team and, given the right budget, has things it could add to make the game even better. 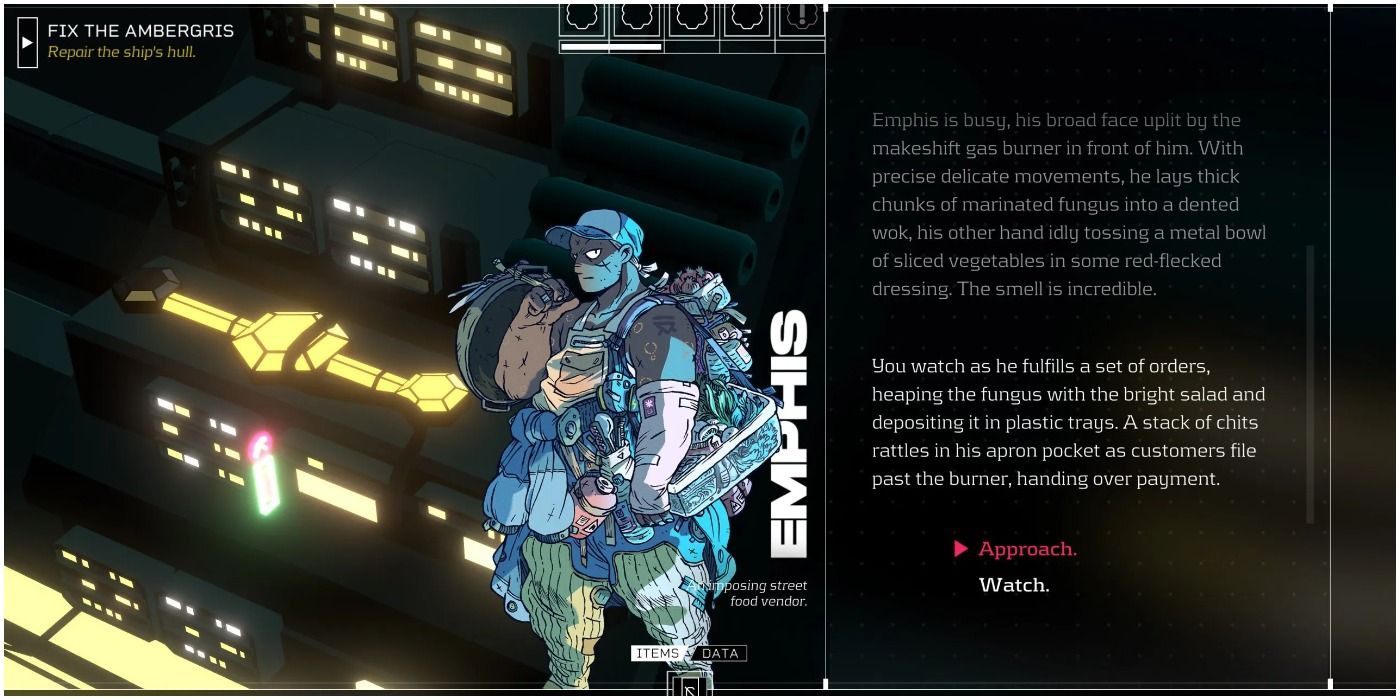 Easily one of the best aspects of this game is its writing. The descriptions are vivid, the characters feel real, and the writers clearly put their best work into this game – in fact, the script itself would probably not benefit from any rewrites. One thing that could vastly improve the script without rewrites though, is voice acting.

If the developers were to add voice acting to a later update and make sure they get people who fit the lovely designs, this game’s already great narration would be elevated to another level entirely. While there is always the risk of the voice acting not fitting the character properly, the risk is worth it. Adding an option to turn off voices would ensure nothing is lost. 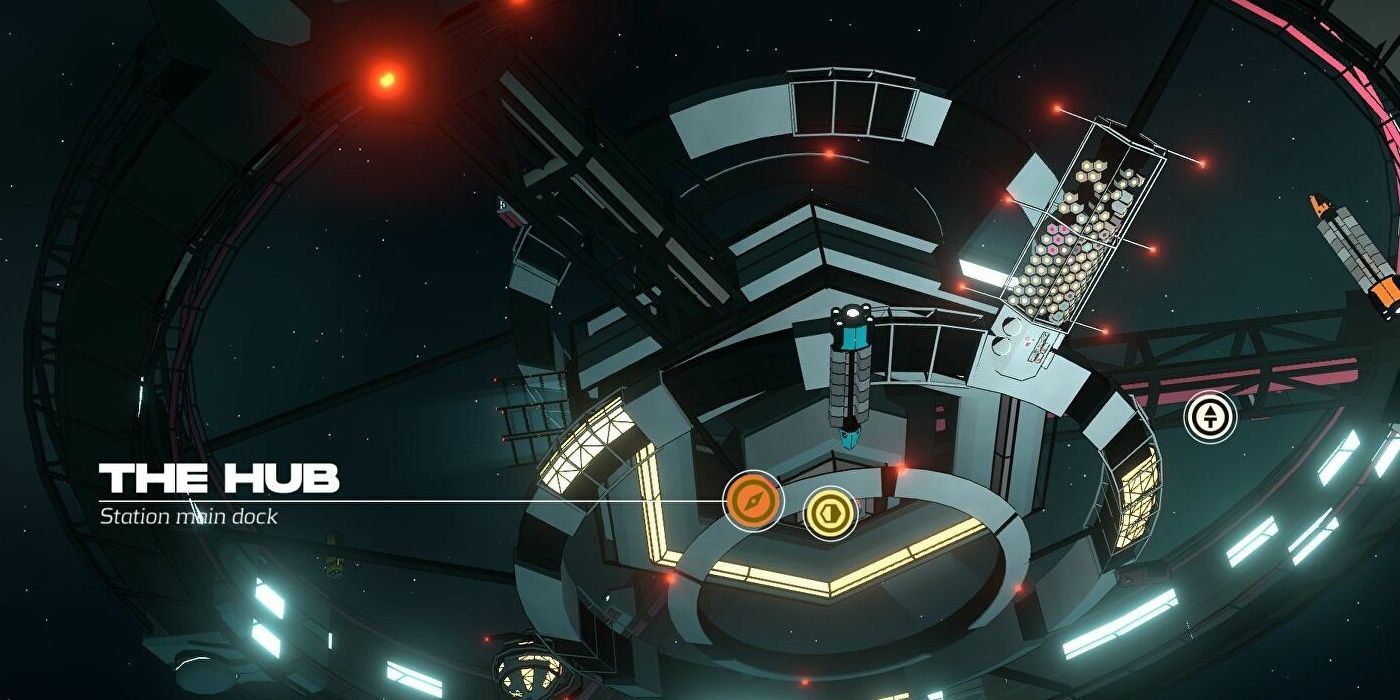 The Eye is an incredible and impressive map. Having the game playable on Xbox Game Pass, however, the cursor speed just never went as fast as it should. One way to fix this, that isn’t just asking us to play on PC instead, is to create a fast travel system. Once you’ve been to a location, you should be able to click a few buttons and travel there automatically.

Maybe traveling to each interactive area would be a little too much, but what about being able to fast travel to each new section of the eye after unlocking it? It would cut down on some of the unnecessary travel time of each day and vastly improve the experience, especially for newcomers. 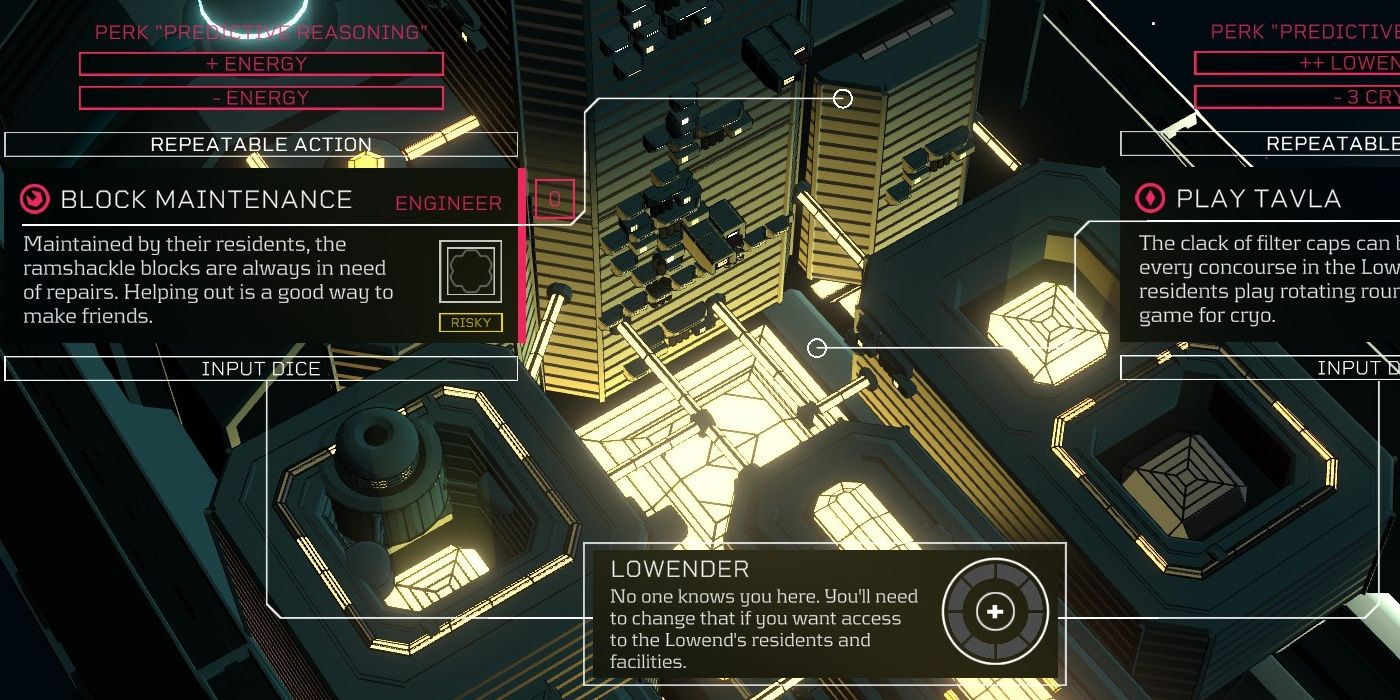 Currently, when you receive a new quest, it gets added to your pseudo-journal and you’re able to track it. When you track it, the objective appears on the area you need to go to. There are two main issues with this.

First off, when you’ve just started the game and don’t have a good grasp on where to go or where things are, it can be frustrating trying to find where you need to go. Secondly, if your objective is on a different map, you aren’t told to go to that map. You just find out it’s there when you go to that map. On top of that, if you’ve been to an area where you can unlock a quest but haven’t yet, no marker will appear at all. As a result, it's easy to miss a couple of quests until you happen to revisit areas several hours in. 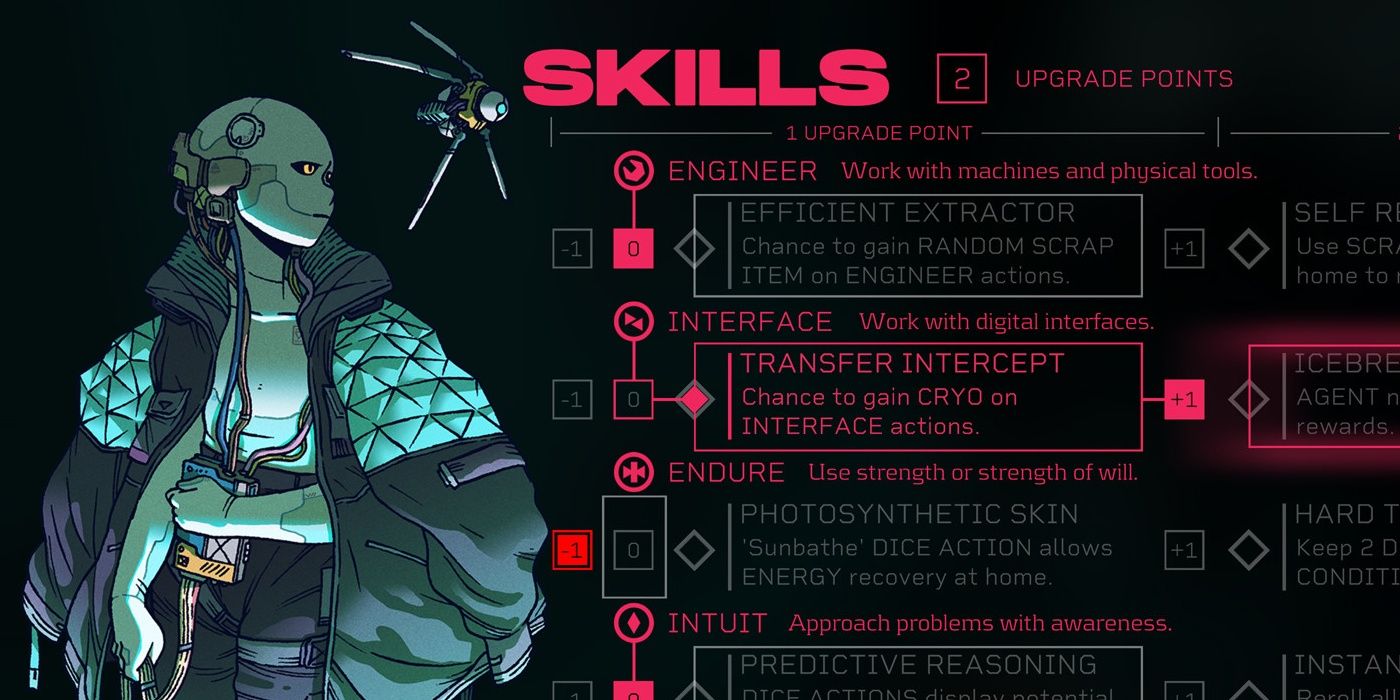 The constant autosaving this game has is a reminder that you need to live with your choices, even with something as seemingly inconsequential as a game. Some choices have no right answers and often, you won’t get the outcome you want the first time playing something, and it encourages multiple playthroughs. However, most people want to get the desired outcome right away, even if you plan to play through the game several times.

For people like that, this game’s autosave system is a bit stifling, and can lead to regret that can only be fixed through another multi-hour session to get to where you were. While not a big issue, it would be a nice change. 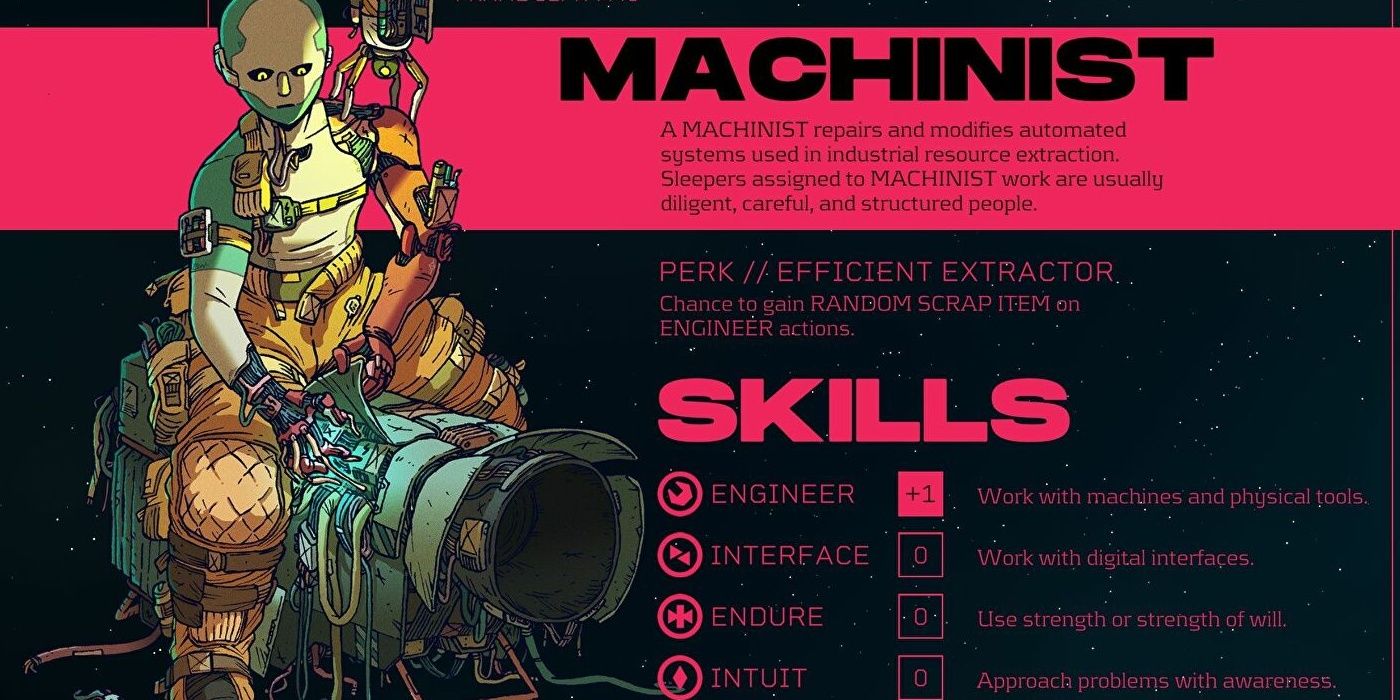 Currently, the classes decide two things: what portrait your sleeper will have for the duration of the game, and what skills your character starts with. This is… unfortunately lackluster. If you’re smart about leveling, you can easily get rid of any negatives your character might have, and at a certain point, everyone’s character has the exact same skill set and is only differentiated by what portrait they have.

While the game does put more of an emphasis on narrative, which definitely shines brightly, it’s a shame that the uniqueness of the character has to suffer. After all, in a game based entirely on the choices we make, why take away one of the biggest choices we have? 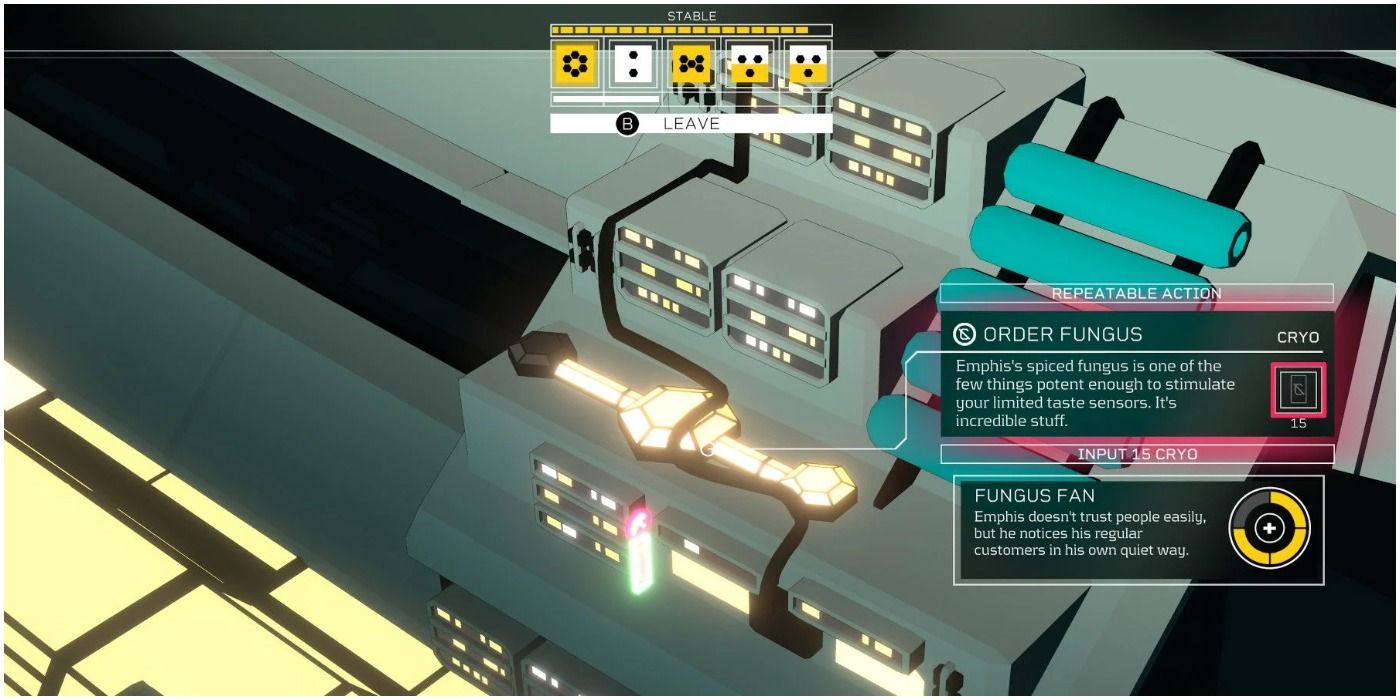 A final improvement that stems from BioWare RPG fame, is an alignment system. Your character can be a genuinely good person or can be a huge jerk. While the narrative effects are plenty, there’s nothing that signifies the choices you made in-game besides their immediate effects on the world.

The changes your choices make on the world are great, but it’d be nice to have an alignment meter that lets you lie easier if you’re a bit of a jerk. Or maybe makes people a bit more likely to believe you if you’re a good guy. While not necessary by any means, it would be a refreshing detail to make your character feel more like a character and less like something made only for other characters to interact with.