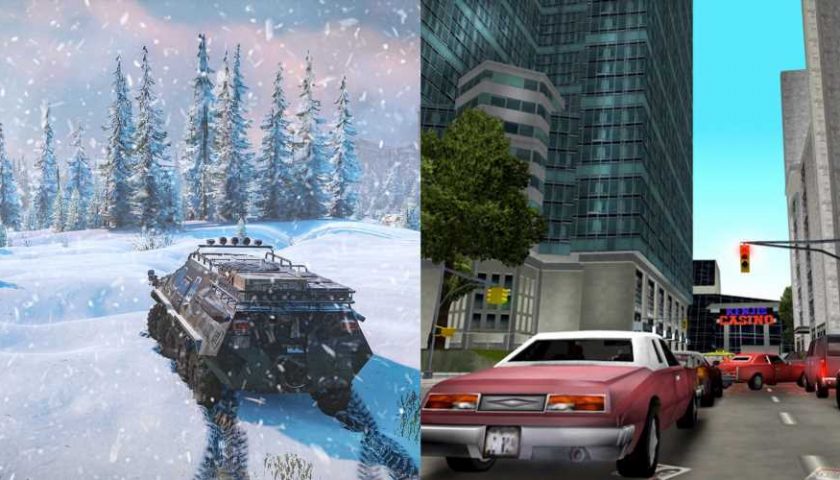 When we think about driving, we often associate it with going fast. There's nothing more satisfying than watching and feeling the world whizz by you as the engine roars. It's even more satisfying when you have to maneuver through slower cars in traffic. However, not every video game is about topping out the speedometer.

There are times when you will actually want to drive carefully, thinking tactically instead of testing out your reflexes and ability to drift through turns. The games below are all for people who want something different out of their driving. Some are open-world games while others are traditional racing games. Then, there are some that look at driving in a wholly unique way. 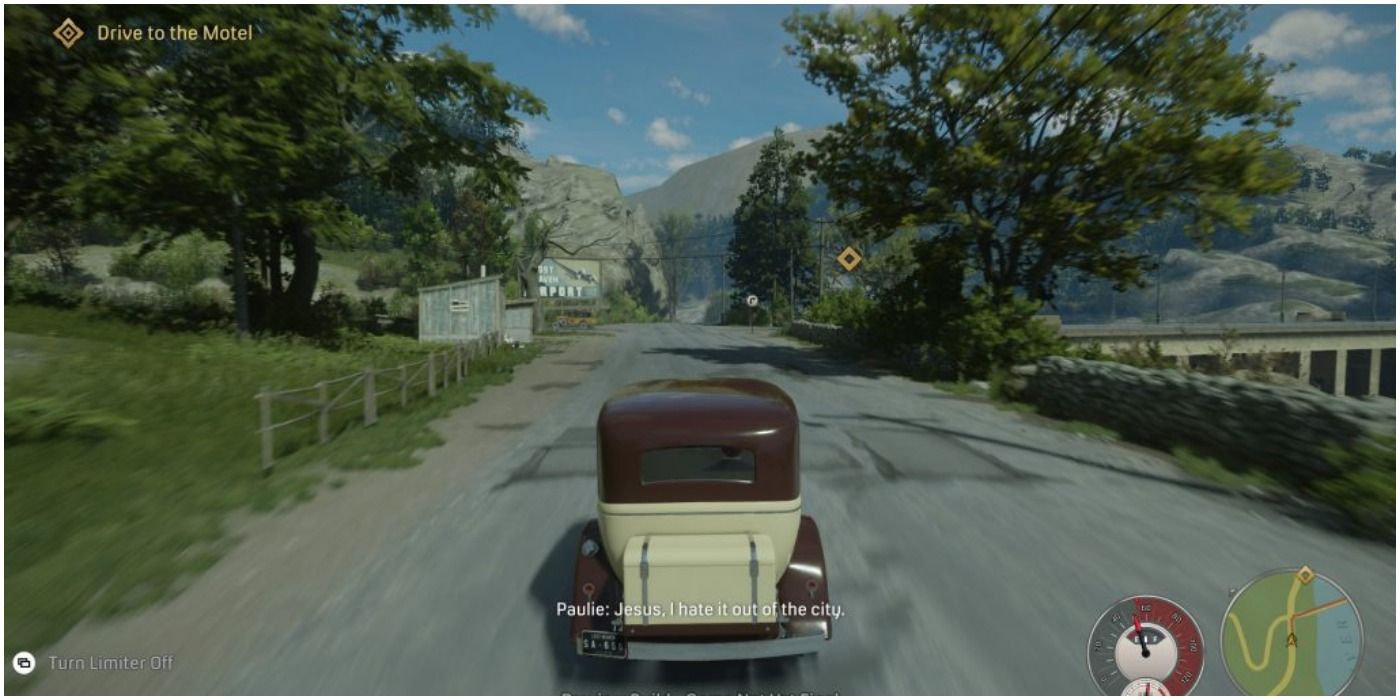 Mafia 3 feels a lot different than the debut entry. For years it was pretty hard to play the first game conveniently until it was remade in 2020. This new version updates the graphics but retains most of the grounded elements, for better and for worse. The game tries to reflect its '30s time period in every aspect of its design.

This includes slow, clunky cars that do not always handle well. Even if you wanted to zoom down the streets at lightning speed, the game would not let you. Furthermore, though Mafia is open-world, it more heavily encourages you to simply go from mission to mission without a lot of activities in between – it's best to drive carefully to your next mission without fooling around. 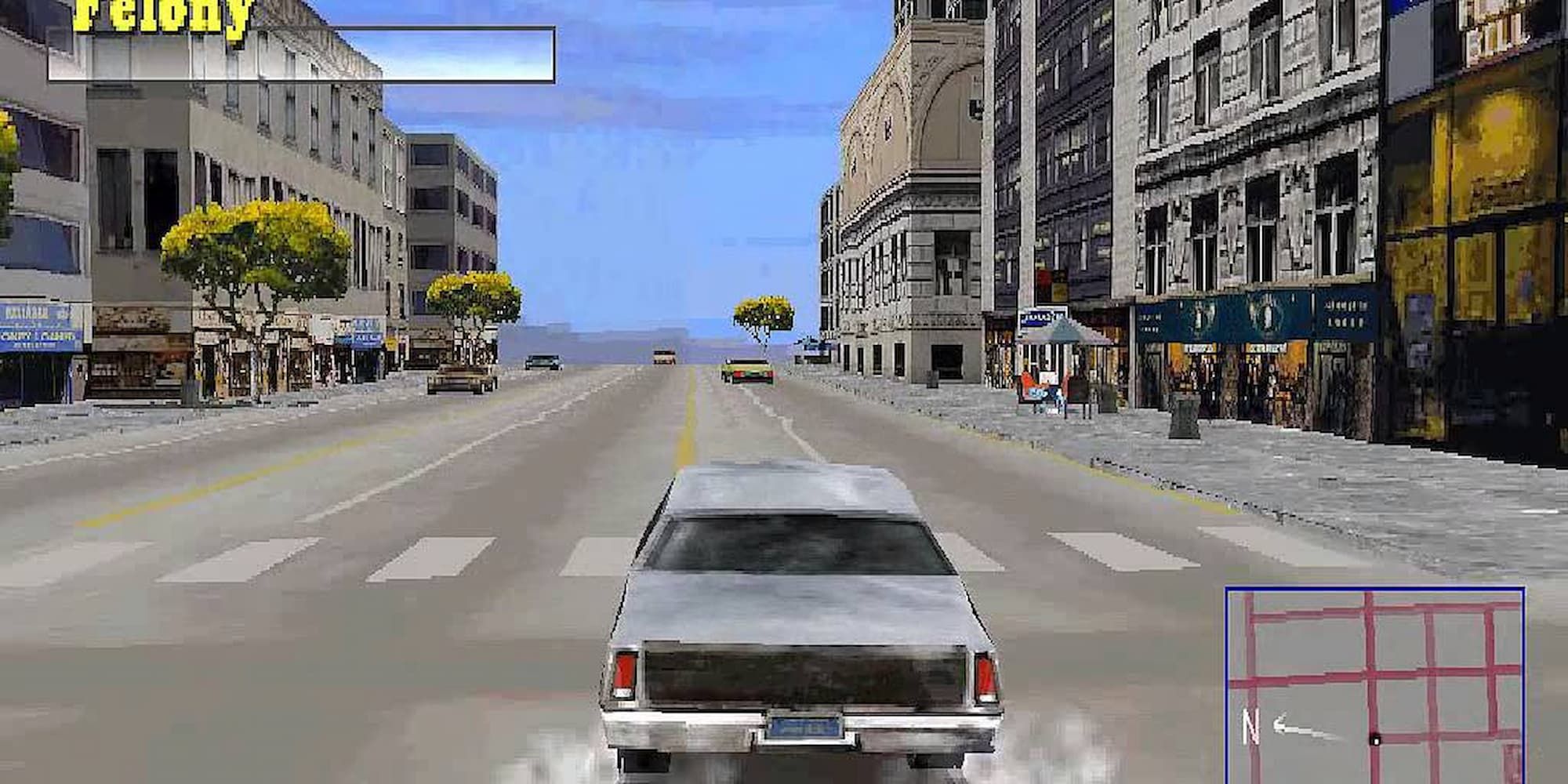 The first game in the Driver series starts with an infamously difficult licensing exam that most players won't pass for hours. You have to do a series of tough maneuvers almost perfectly. Only once you do this can you move forward through the story. This already establishes the game as being more about precise, rather than fast, driving.

During the missions you have to worry about your car's health in addition to being chased by police and enemies, so avoiding collisions is more vital than going fast. During the free roam gameplay mode, you only draw police attention if you break the traffic rules, so it is fun to drive according to the laws as long as you can. 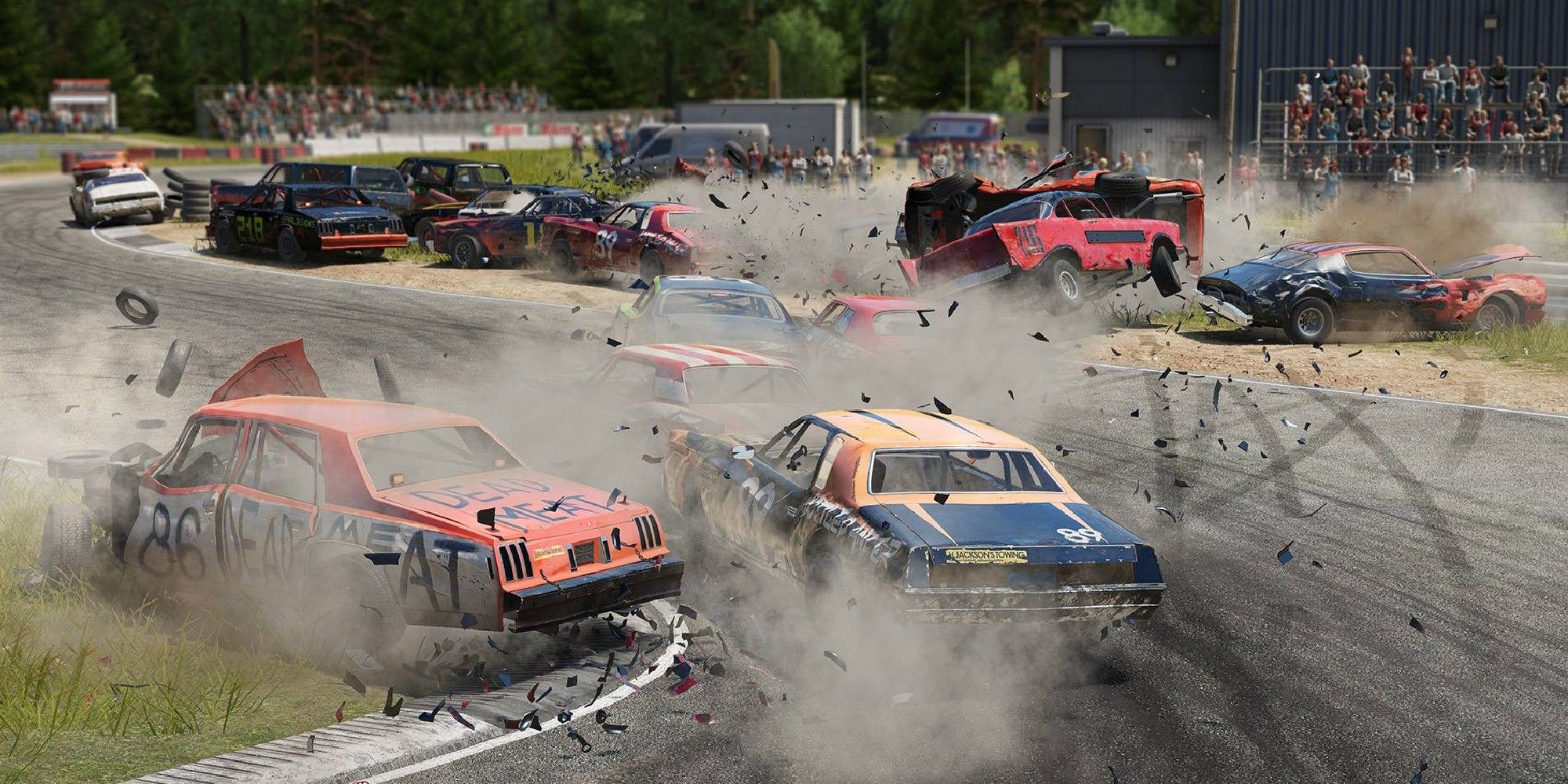 Wreckfest comes from developer Bugbear Entertainment, who previously made a mark on the racing genre with the FlatOut series. Like those prior games, Wreckfest focuses just as much on crashes and bashing into other cars on mostly dirt tracks as it does on winning races. Handling in Wreckfest is more realistic than in FlatOut so accurate driving is another factor to consider.

Most of the cars you drive are big and heavy to give you an advantage when bumping cars. Even if you do control a faster vehicle, you will slow down a lot to take on sharp turns. With 24 racers sometimes competing all at once, avoiding big pileups can be more important than just cruising to the finish line. Drive slowly and try to knock cars into others to create your own disasters to pull ahead. 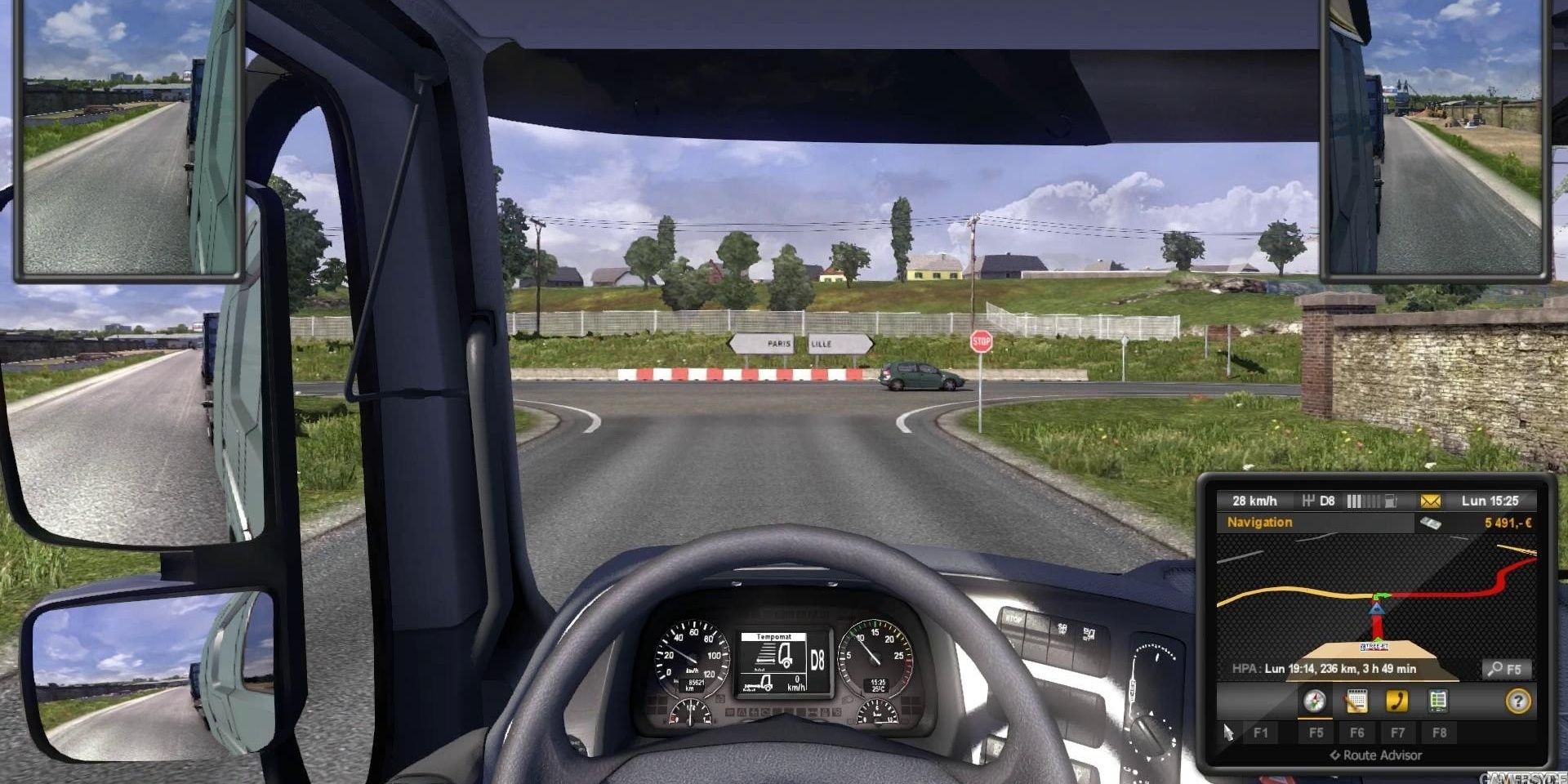 Putting the word "simulator" in the title should give you one of two ideas. Either it is an absurd game whose unwieldiness is a part of its charm and appeal, or it is a down-to-earth, grounded title that strives for realism over fun gameplay. Euro Truck Simulator falls into the latter category. You are tasked with making deliveries all across Europe in a timely manner, taking into consideration the money you have to spend on gas, tolls, and maintenance.

Because you are penalized for damaging the cargo, you are encouraged to drive as accurately as possible. while it is a simulator, it is certainly more engaging and fun than Penn & Teller's Desert Bus. 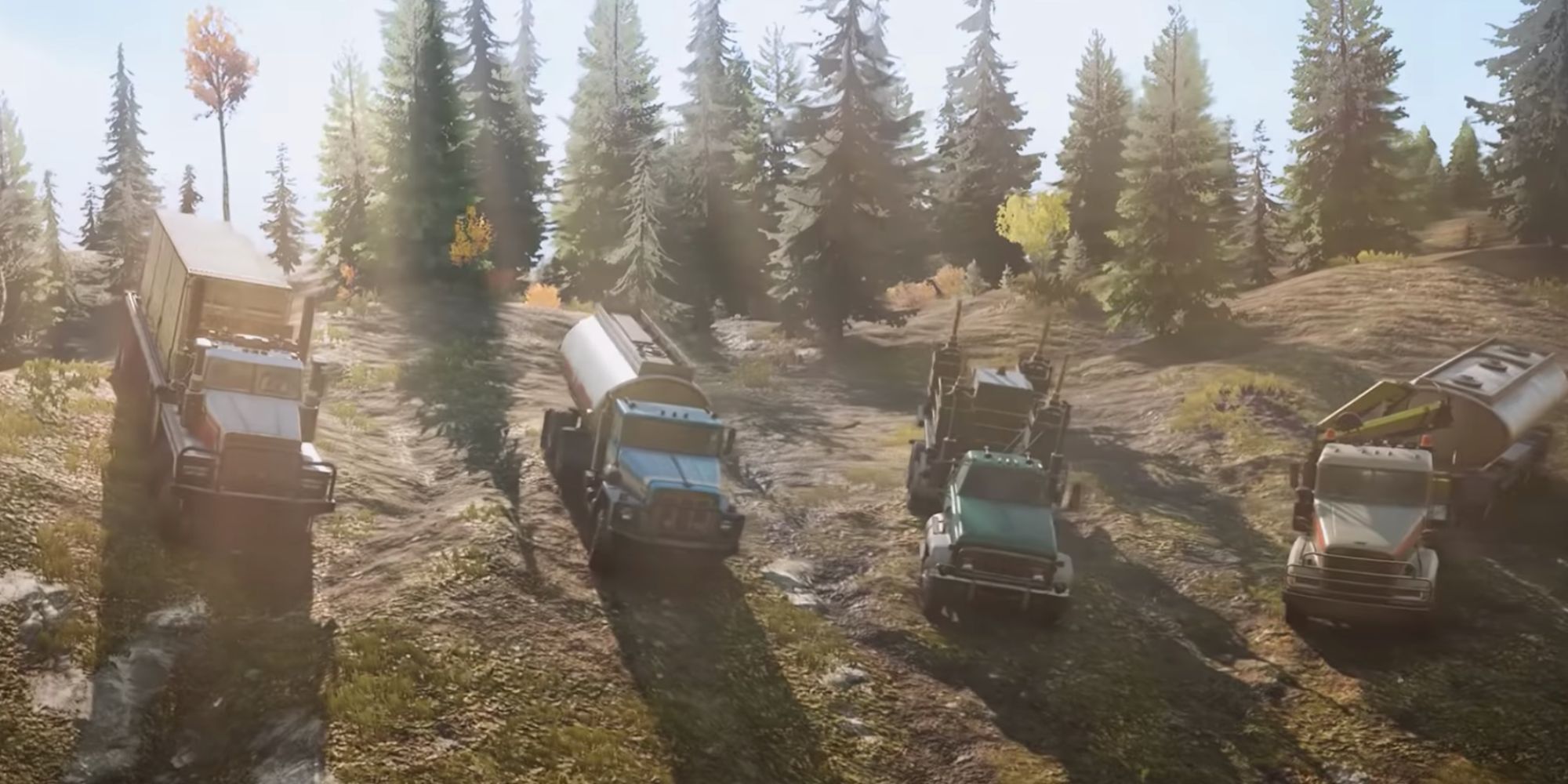 SnowRunner is sort of like Death Stranding but played exclusively in vehicles and with infinitely less ominous licensed music and not taking place in a dystopian science fiction world.

The gameplay loop involves driving to destinations over harsh areas while taking as little damage as possible. As you complete cargo deliveries and earn more money, you can buy upgrades and take on harder missions. Since it is not a racing game, you are encouraged to drive slowly and carefully, not fast and recklessly. 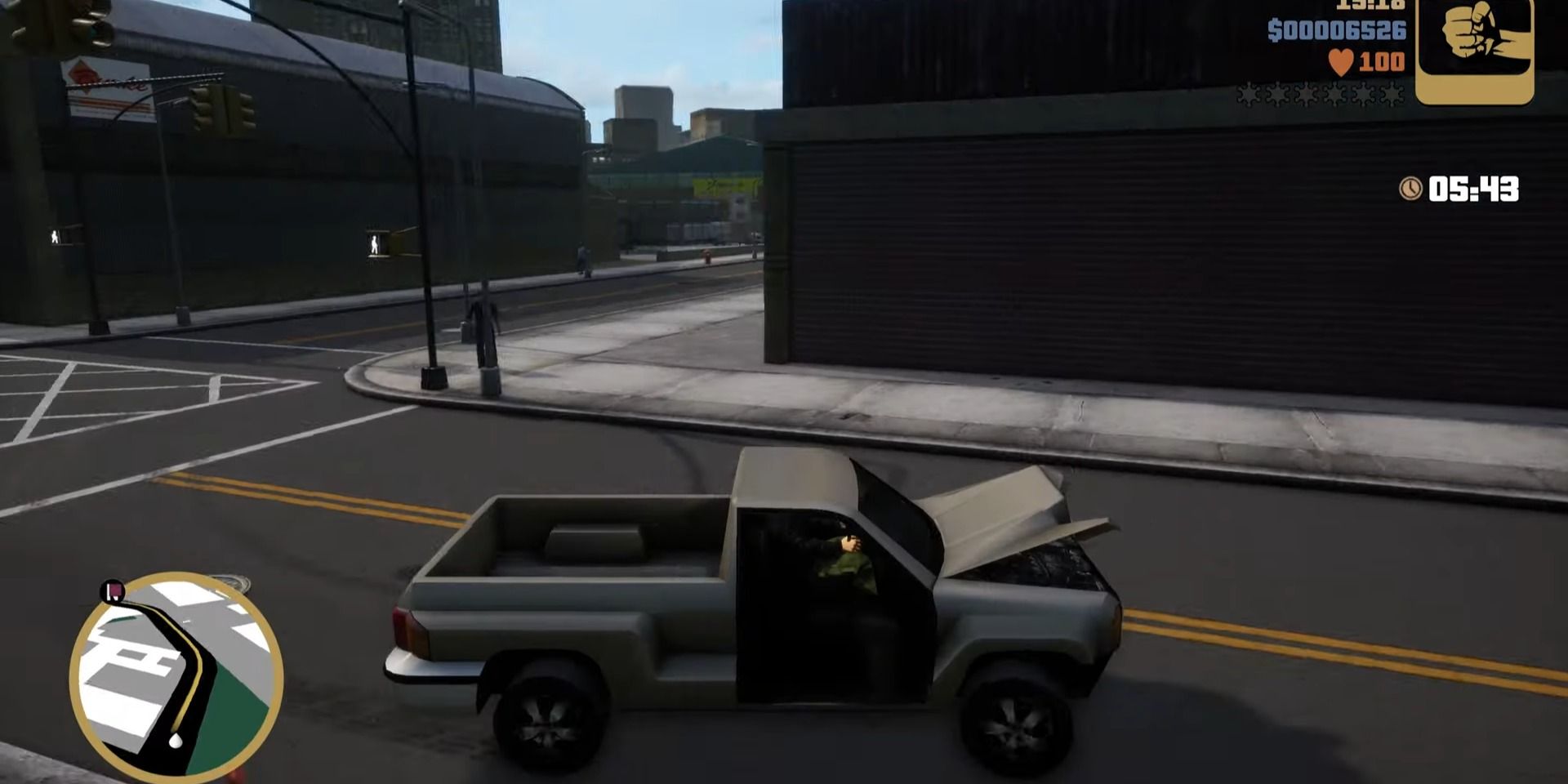 Grand Theft Auto 5 features smooth driving controls on par with the best racing games. Even if you are reckless, it is difficult to ruin a car or die while driving unless someone blows it up with explosives. Rewind the clock back to Grand Theft Auto 3 and every car feels like it could ignite at any moment. Bang up a vehicle just a little bit and flames start spewing from the engine, exploding just a few seconds later.

In Grand Theft Auto 3 you cannot exit a moving vehicle so getting hit too hard in a car is a death sentence. Because of this, you want to drive cautiously in the older 3D Grand Theft Auto titles. Since Liberty City is a cluttered urban environment, even car chases do not encourage you to drive so fast.