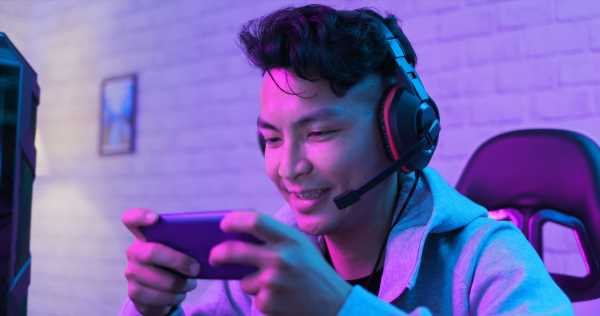 The steady spread of 5G mobile networks will drive a parallel surge in the adoption of cloud gaming services as performance constraints associated with low wireless bandwidth and high latency wither away.

Research firm Newzoo is forecasting that the global value of the cloud gaming market will more than double from US$633m in 2020 to US$1.45 billion by 2021 as consumers spend more on subscription fees and buying new games and in-game content. The company’s Global Cloud Gaming Report also forecasts that that value will more than triple again by 2023 to exceed US$5 billion as device and network infrastructure continue to improve. Figures from IHS Markit confirm the trend, predicting that while cloud gaming service subscriptions hit US$234m in 2018, they will expand to be worth US$1.5 billion by 2023.

Performance gloves are off

A key driver for that expansion is the removal of constraints on the experience of gaming device hardware. Cloud gaming circumvents the need for players to have expensive gaming hardware to run a game on powerful GPU-powered PCs or servers remotely with only the I/O functions handled on the device itself — essentially a refresh of the traditional client/server computing model widely used before the development of the PC in the 1980s.

That means pretty much any modern smartphone, tablet, PC, or console can run a game, as can the next-generation virtual reality (VR) headsets that are widely available. And players don’t need to waste time downloading, installing, and upgrading titles that could take up gigabytes and even terabytes of storage capacity on their local devices — simply log in and start playing with 4K or higher real-time rendering with remote multiplayer environments.

The crucial (and arguably only) specific requirement for cloud gaming is a fast, reliable network connection that keeps the player connected at all times. Interruptions or delays can significantly impact the online gaming experience for players, especially in multiplayer “shoot’em ups”, where split-second lags can help a better-equipped rival move through a virtual 3D-arena and fire weapons more quickly before another player has had a chance to retaliate.

Depending on the radio frequency spectrum and architecture in use, 5G networks will eliminate that problem by offering gamers anything from 100Mbit/s to 1Gbit/s of mobile wireless bandwidth equivalent to or faster than fibre broadband. Initial latencies will be cut to around ten milliseconds (ms – the time it takes for a request to be sent to the game server and back again) and 1ms in the next few years, significantly less than the 20ms rates currently offered by 4G connections. In addition, 5G will also support more concurrent connections, important in congested urban areas like transport hubs where smartphone data rates can be negatively impacted by the number of people connecting them to the nearest transmission mast.

The availability of 5G matters to cloud gaming because the single fastest-growing category of the gaming industry is mobile gaming. In its 2021 Global Games Market report, Newzoo predicts that mobile games will grow to account for 52% of all market revenue in 2021 (US$90.7 billion), with those played on smartphones specifically representing US$79 billion (up almost 5% year on year). In contrast, the revenue achieved by PC games (down 1.7%) and console games (down nearly 9%) is set to fall as players switch to mobile devices that they can play on regardless of their location.

Lockdown restrictions introduced in response to the coronavirus pandemic in 2020 delayed the rollout of some 5G networks. Still, telcos and mobile operators have since picked up the pace of their deployments. In its State of Mobile Internet Connectivity Report 2020, GSMA Intelligence estimated that 5G services had been launched in 22 countries across Asia, Europe, the Middle East, and North Africa, extending to 16 more by July 2020.

Early 5G implementations in countries like China, Japan, South Korea, and the U.S. focus on consumer mobile broadband, with mobile network operators forecast to spend around US$88 billion in expanding their 5G network coverage between 2020 and 2025. That puts them under considerable pressure to make up for that investment by giving customers a compelling service or application which will entice them to upgrade from their existing 4G subscriptions over the long term. Operators are keen to drive revenues at the back of increased data consumption and get a better share-of-wallet of users with direct partnerships with game publishers and cloud gaming platforms.

Cloud gaming is one of the most likely candidates as a growth engine. ABI Research’s latest 5G Media and Entertainment application analysis report estimates that 5G will contribute US$1.9 billion of cloud gaming revenue by 2024, accounting for 42% of the total. The fact that gamers can jump straight into playing new games almost immediately without having to wait for a download offers a faster onboarding experience which also should help cloud gaming platform providers and 5G operators maximize their revenue. So too will flexible billing arrangements which give telcos the option of charging cloud gaming subscription fees to players’ mobile phone accounts or pre-paid balances — handy for younger people and those in emerging economies less likely to own cards and pay for digital services with traditional means.

In the U.S., all three major operators (AT&T, T-Mobile, Verizon, and T-Mobile) have already begun working with cloud gaming companies such as PlayGiga, Hatch, and Microsoft Xbox Game Pass to test and develop services, including bundling deals that offer mobile data packages alongside subscriptions. Similar collaborations are happening elsewhere, including BT (Google Stadia), Vodafone (Microsoft Xbox Game Pass), Telefonica (GeForce Now), SK Telecom (Microsoft), Korea Telecom, and KDDI (Ubitus). As more players switch to the benefits of cloud gaming on their smartphones via superfast 5G networks, the number of those partnerships is only set to increase. What happens to the console-driven world as a result remains to be seen.