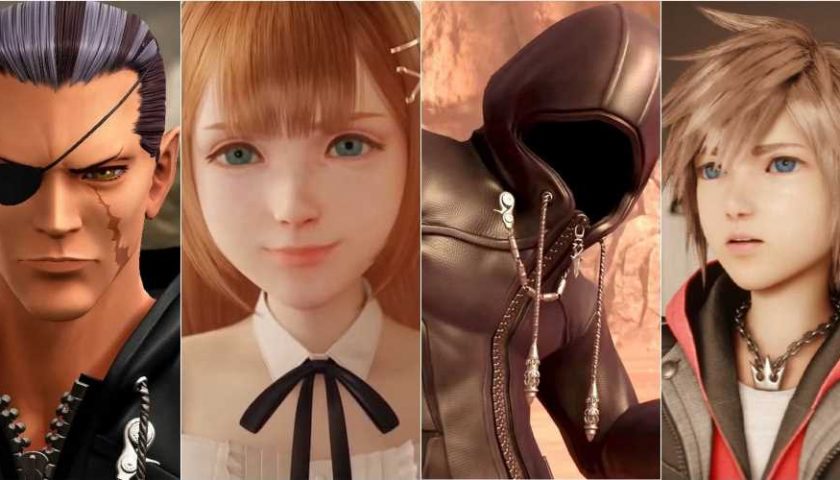 As a way to celebrate the 20th anniversary of the series, Kingdom Hearts 4 was announced with a new trailer from Square Enix, along with two mobile tie-in games, Dark Road and Missing Link. The trailer for the "fourth" installment, however, only leaves us wondering what is going on in this bizarre universe, with a more realistic-looking Sora and world, and nothing but a glimpse of the gameplay to watch over and over again.

With Kingdom Hearts 4 right around the corner (well, actually quite a few corners away, but you can see it in the distance), there are many mysteries we want to be solved, or at least to have more clues in the game, for there is much that still doesn't make sense for us. While we could go on about so many different aspects of the stories present in these games, here are just a few of the biggest points we would love to be expanded upon in Kingdom Hearts 4. 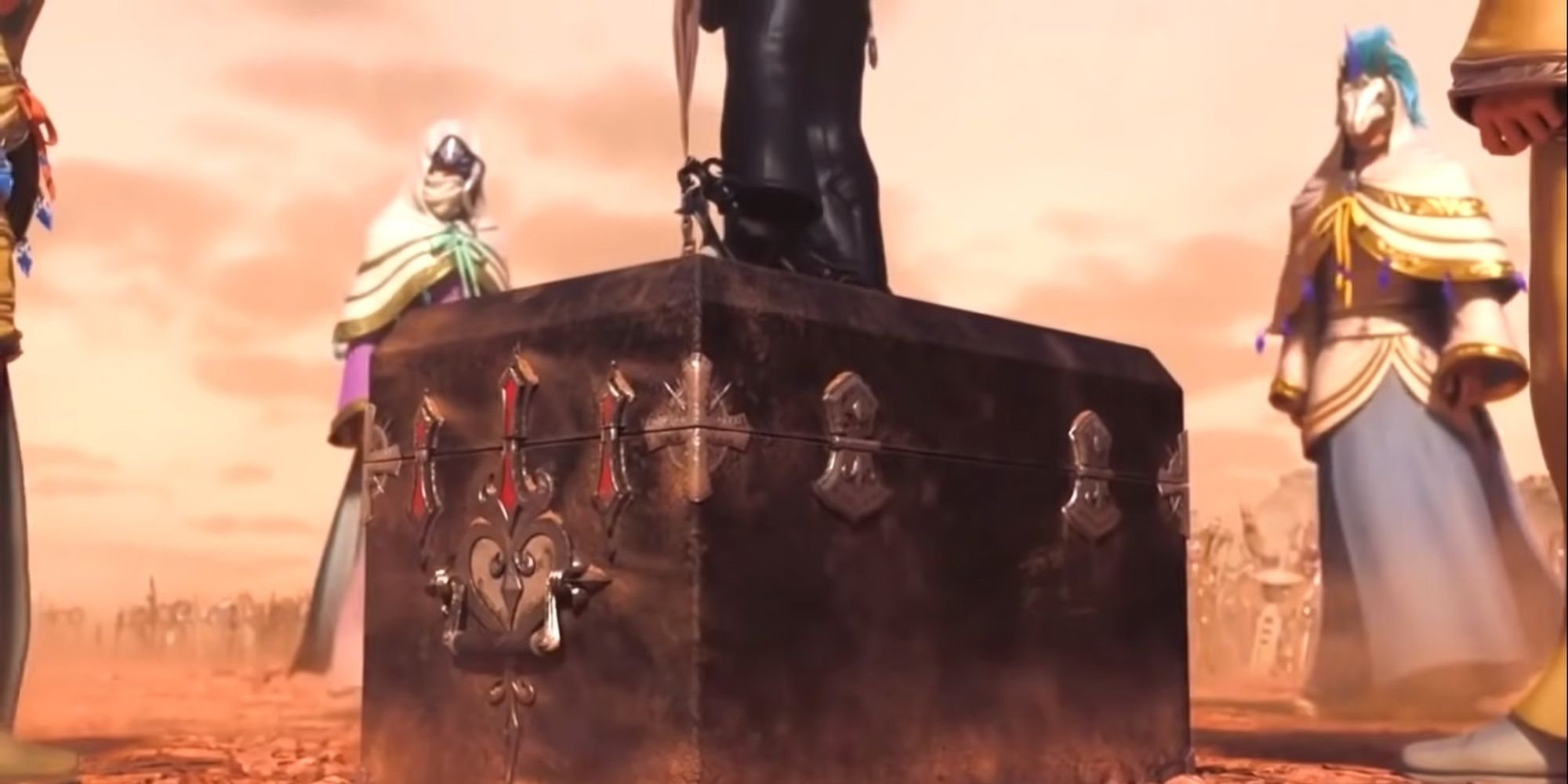 Seriously, what is in the box? Teased back in Kingdom Hearts X Back Cover, a short movie about the events from the mobile game Union X, we see characters from the past (centuries or even millennia, though there's no confirmation) with the Black Box.

The third game even has a sub-plot of Maleficent and Pete looking for the box, only to find it with Luxu, and the game ends without opening it. We don't even know how important its content actually is, so we hope to finally find out what it contains with the fourth mainline entry of the series. Perhaps it will play a larger part in the plot.

In Kingdom Hearts 3, four old members of the organization were brought back, though they only function as minor antagonists – except for Demyx, who is just kind of… there.

However, Xemnas mentions the reason they were brought back and the reason they were even recruited in the first place; They have a connection with Keyblades. We already knew that for Marluxia and Larxene thanks to Union X, but not even the characters are fully aware. As for Demyx and Luxord, their pasts are unknown to us, and it'd be good to see them return and for their stories to be expanded upon further. 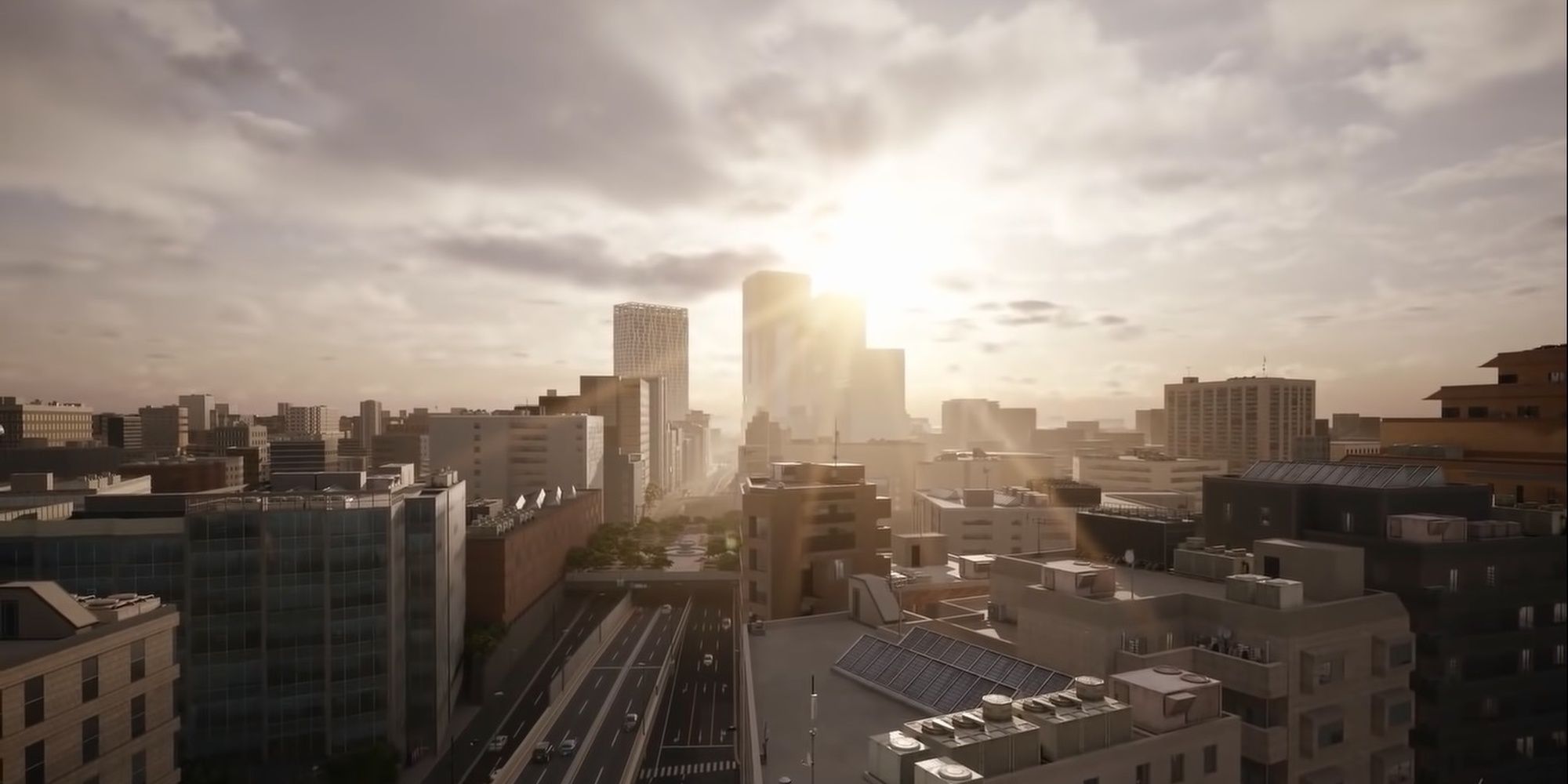 We know some minor details about the location Sora is in as seen in the Kingdom Hearts 4 reveal trailer, but there isn't much to go on. The city is called Quadratum, based on a real location in Japan, and it's in a place called unreality, a world of fiction – which is very ironic, now that you think about it.

What exactly does that entail, though? If it works as a sort of after-life, given that both Sora and Strelitzia are there, does that mean we may still see Eraqus and Xehanort? And they do mention Quadratum isn't the only world in this unreality. What sort of worlds exists in a place like this? We need more, and hopefully more trailers will give us more to go on before the game releases. 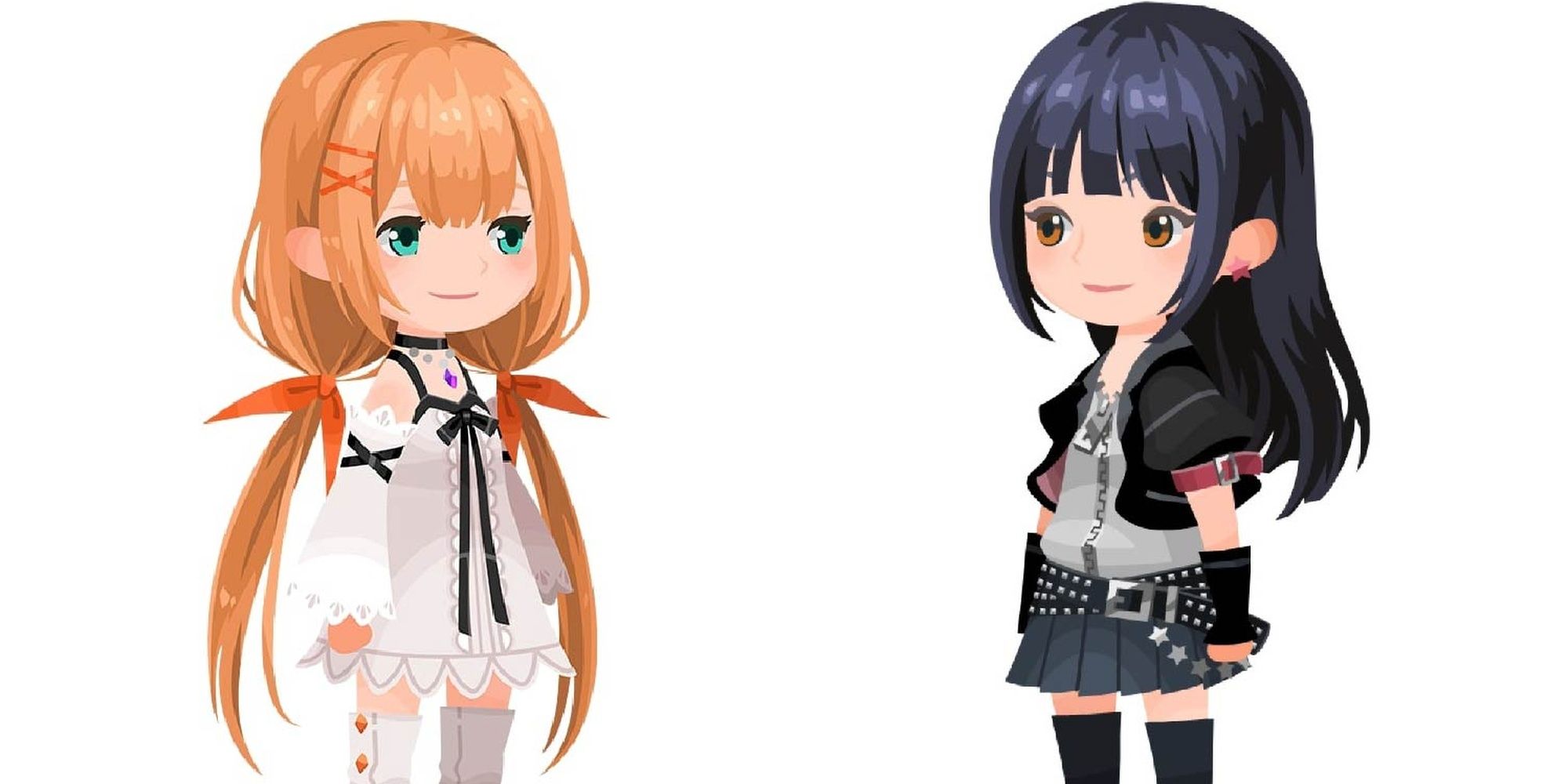 Another topic surrounded by theories, subject X is a time-traveling girl who suffered experiments in the hands of the one and (not really) only Xehanort. We know about her thanks to his reports, which can be found while playing through the game, and also because of Lea and Isa, who wanted to save the girl in Radiant Garden, but somehow got turned into Nobodies and entered the Organization as Axel and Saïx.

Many fan theories point to Strelitzia or Skuld, but that is uncertain. It's also uncertain how Lea and Isa went from saving the girl to joining the enemy. There is plenty of room for exploring these points in the new game, and we hope to finally have some answers as to this topic.

1 The Master Of Masters, Luxu, And The Foretellers 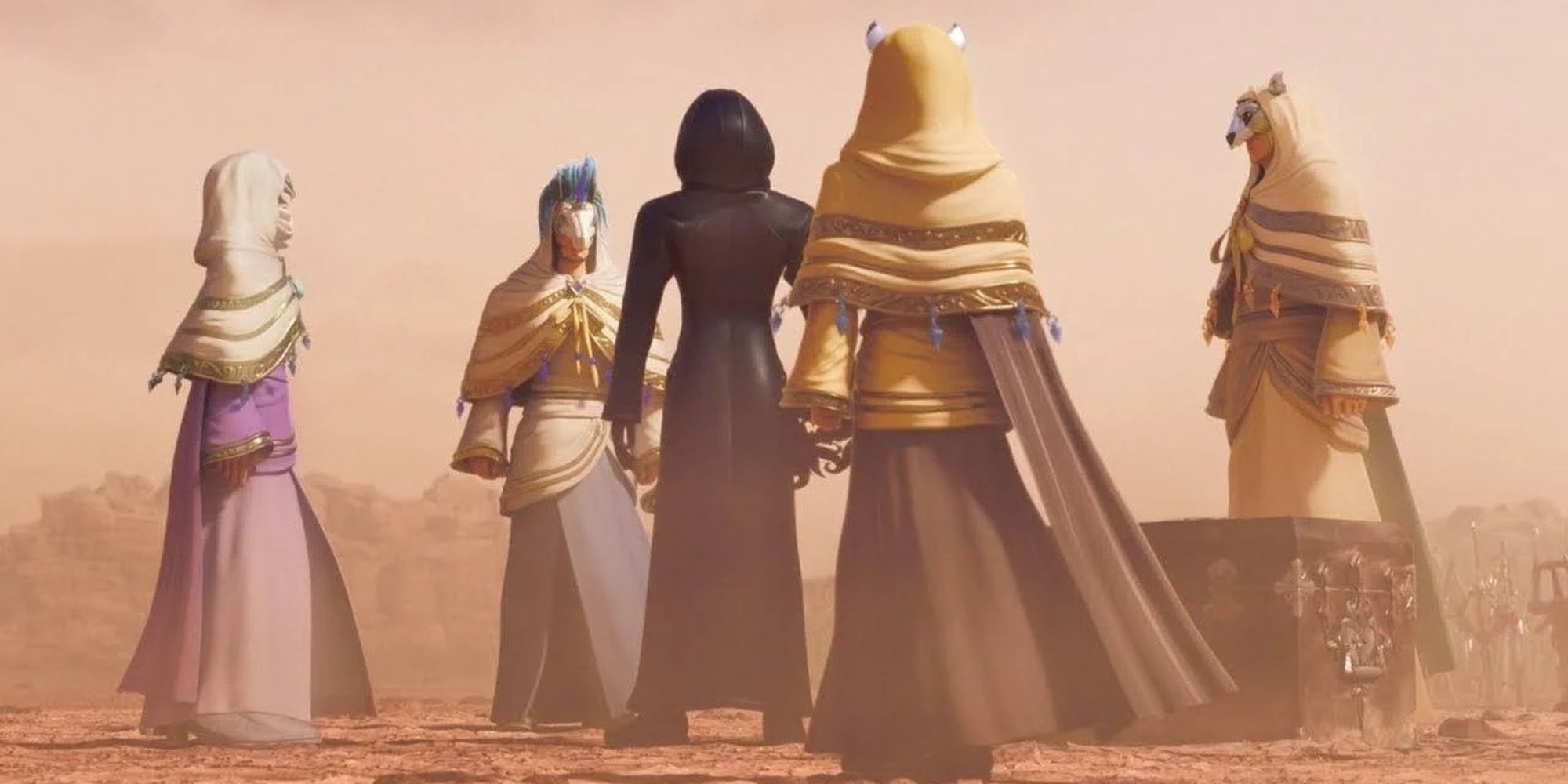 Also teased in Back Cover, The Master of Masters is responsible for a lot of things. His identity still is a mystery, though his reasoning is far more intriguing than what he looks like. He assisted Xehanort to understand his purpose, and he has clear knowledge of the future, making him orchestrate a lot of events in the series.

The question is why, though? What is his end goal, after it all? The same applies to Luxu, who is also shrouded in mystery, and the Foretellers who have also returned. Will they remain loyal to their master? Are they friends or foes? Only time will tell, and we can only hope that these characters will be present in Kingdom Hearts 4 and will have some light shone upon their intentions and their story aspects.