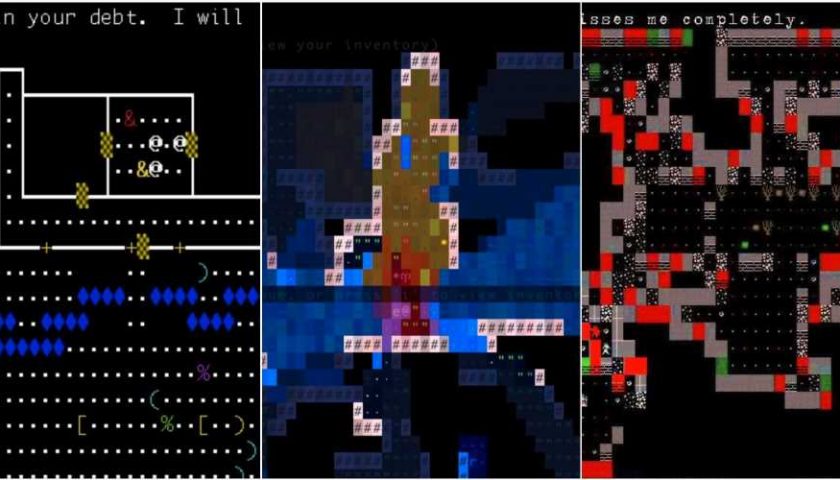 Before I start talking about the wonders of ASCII and why it needs to come back, I need to set the record straight. I’m about a decade too young to have actually experienced ASCII graphics in their prime. Heck, by the time I was old enough to play them, they were probably older than most readers.

That doesn’t mean I don’t have intimate knowledge of the ancient graphical form, and let me tell you now, it needs to make a comeback. Well, kind of. ASCII never went away, it just faded more and more into obscurity. Let’s break the damn mold and take a 40+ year hop back in time. 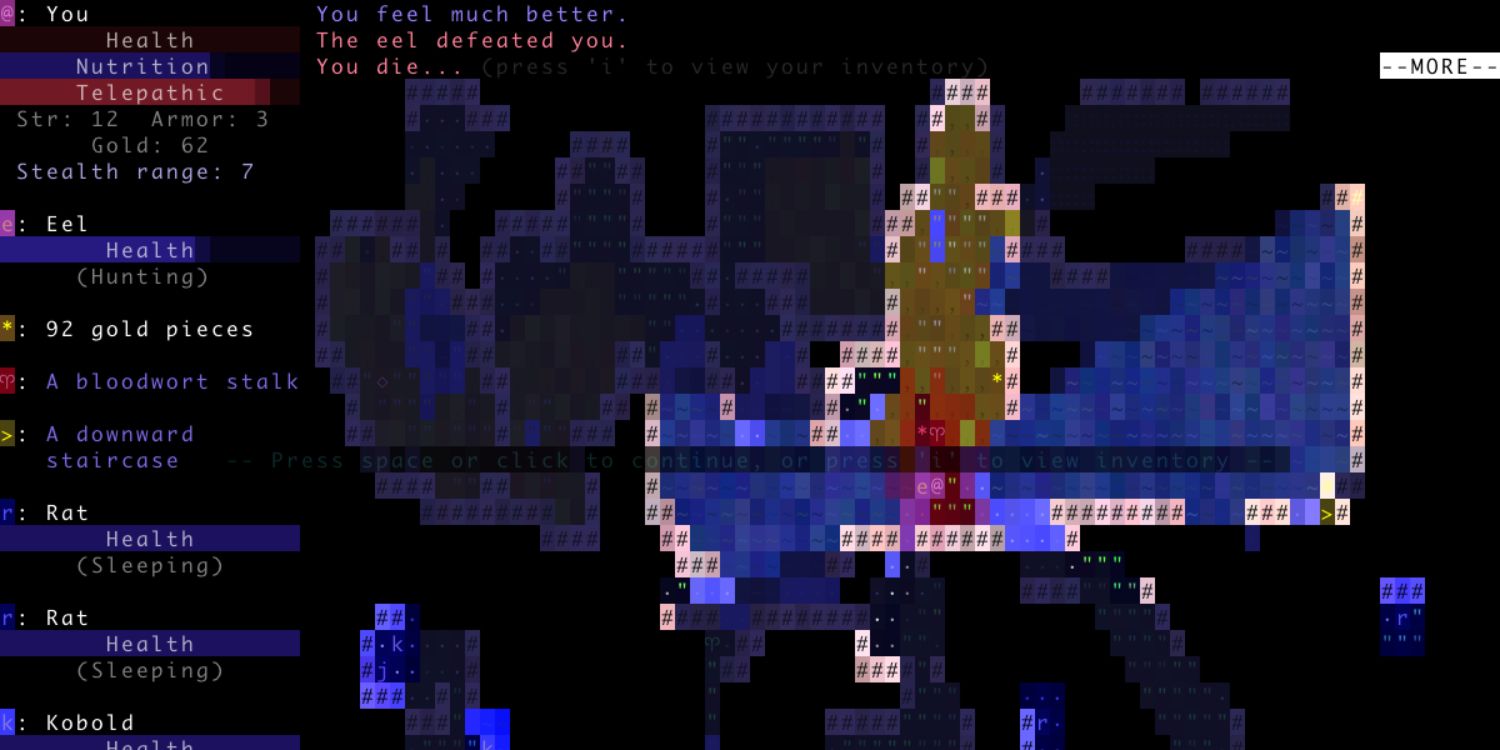 When I think ASCII, I think Rogue, NetHack, Angband, and Dwarf Fortress. All of these games (and more) are excellent examples of developers using limited resources to make something truly brilliant. I mean, Rogue was so darn good it got a genre named after it.

ASCII is just a series of letters and the occasional color melded together to craft a dungeon or game world. Because of this, it’s very easy to build complex systems, realistic mechanics, and seemingly endless swathes of content. Instead of pouring millions into developing a new enemy asset, or environmental detail, you can spend those resources mapping K to Kobold and inventing new tricks and traps to engage the player.

4 The Power Of Imagination 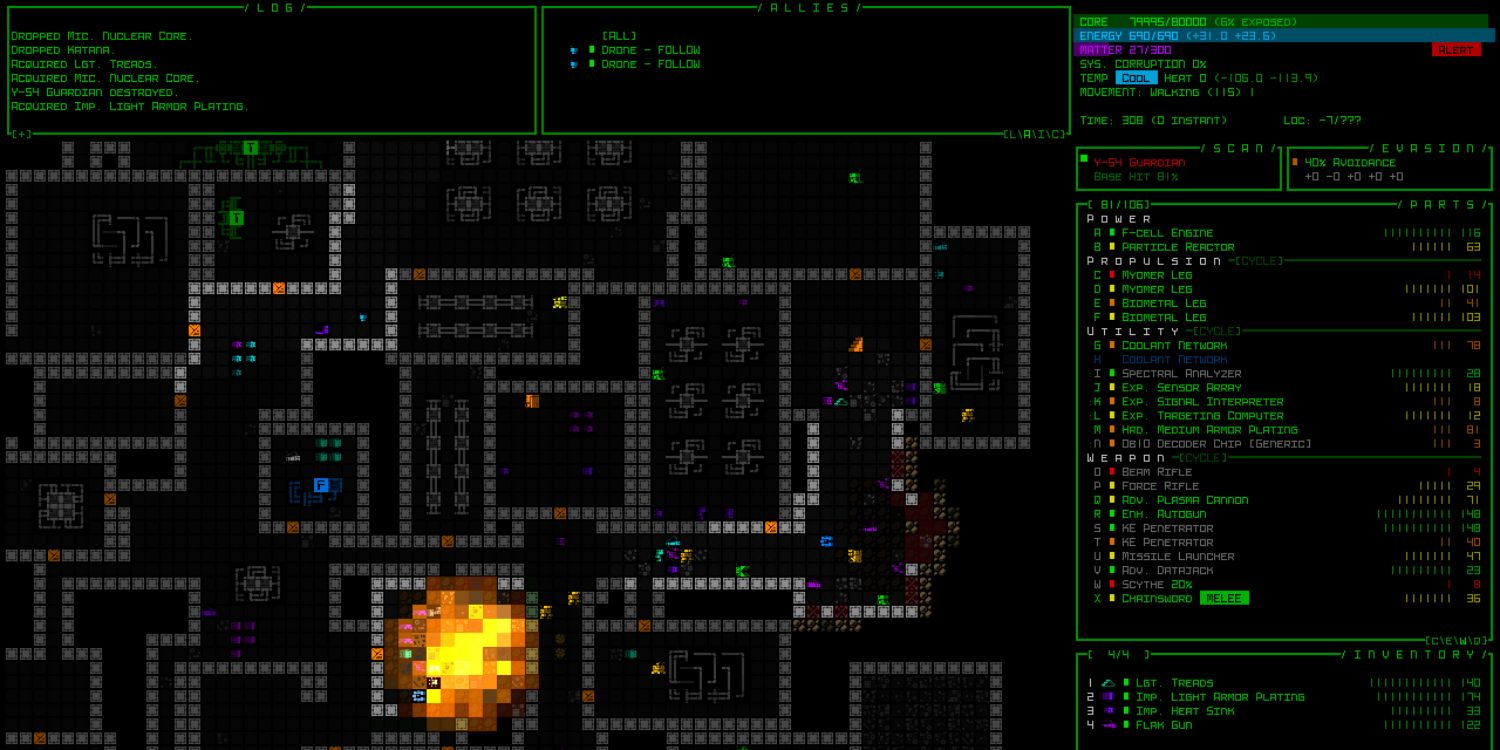 Call me old-fashioned, but nothing really hits quite like an ASCII game. Many of them feel like interactive choose your own adventure novels from the '70s and '80s. You don’t have a sprawling play space made up of a bazillion pixels powered by however many flops. You just have player input, a basic interface, and text to guide you.

Like reading a book, the letters fade away, and the mind conjures up stories and images that are unique to you. If, in a recent game, someone shoots a dog and it dies you see everything. Nothing is left to the imagination. If a dog dies in Dwarf Fortress, everything from the breed to the ultimate cause of death is modular, thanks to the thinking box in your dome.

Heck, ASCII being such a blank slate approach to graphics design, leads to the ‘Gordon Freeman effect’. You can impose your own story into the game, you can be that ‘@’, and that ‘@’ is whatever you want it to be, doing whatever it is you want to do. It’s less forcing yourself onto a pre-established world and character, and more the game handing you a free pass. Eventually, you don’t even see the code, you just see blonde, brunette, redhead. 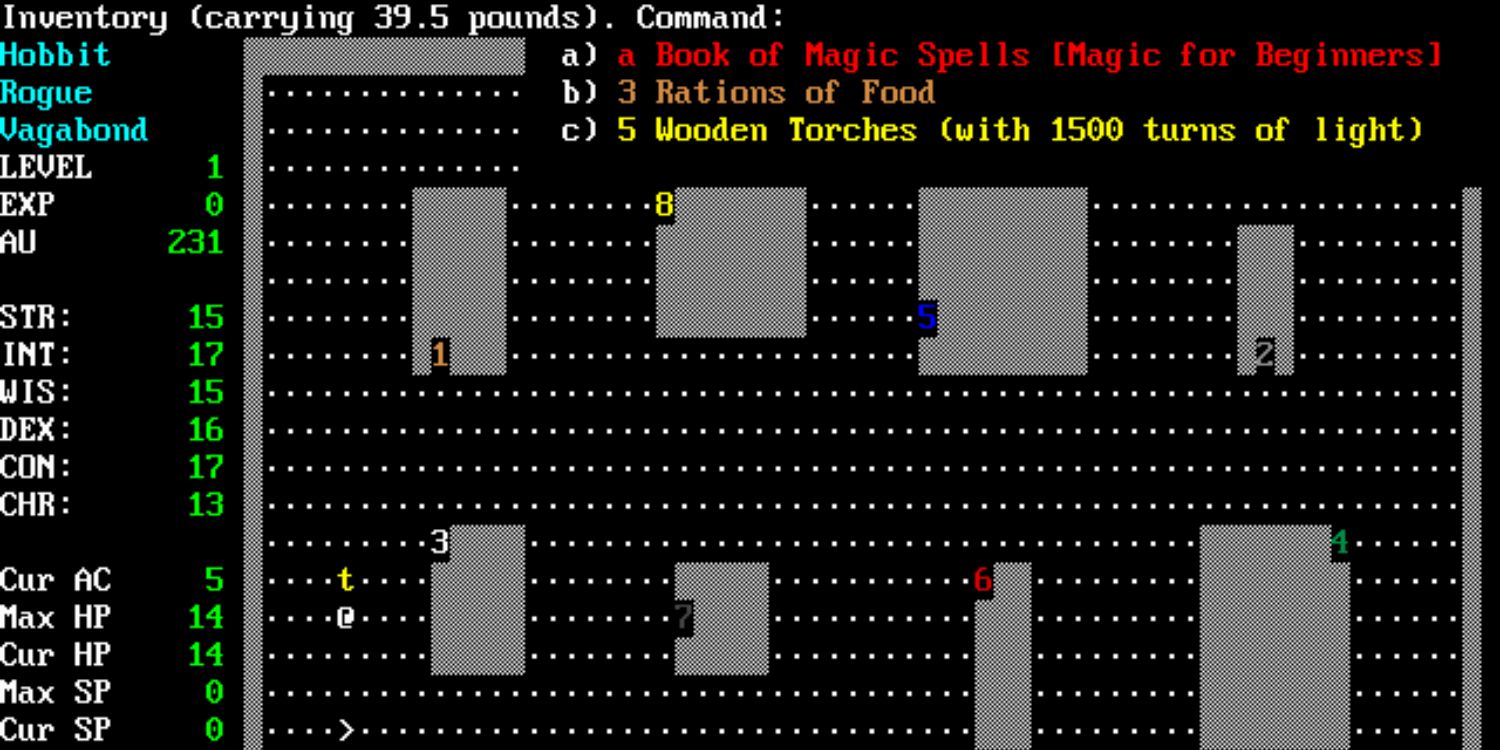 One thing ASCII offers that no other graphical style can, is pure, uninterrupted, clarity. No matter what game you're playing, you as a player need to interpret the mass of pixels on the screen. You need to recognize that the brownish blob in the distance is a bear, not a wolf, giant rat, or weirdly shaped tree. There is always room for error, and the ambiguity can lead to games feeling unfair when the developers throw in a cheeky “gotcha!”

Such things are not possible in ASCII, because everything you see is exactly what it is. If you see a green ‘O’, you know that it’s an Orc Priest ready to throw a sneaky spell your way. Because ASCII is so clear – so crisp. It leads to informed player decisions and a tactical approach to encounters that even the cleanest of modern games can’t fully replicate. The only exception in my mind is the superb, Into The Breach.

Now there’s something to be said about having a bit of mystery in a game, but the same can be said for total transparency. ASCII does the latter, and it does it superbly. 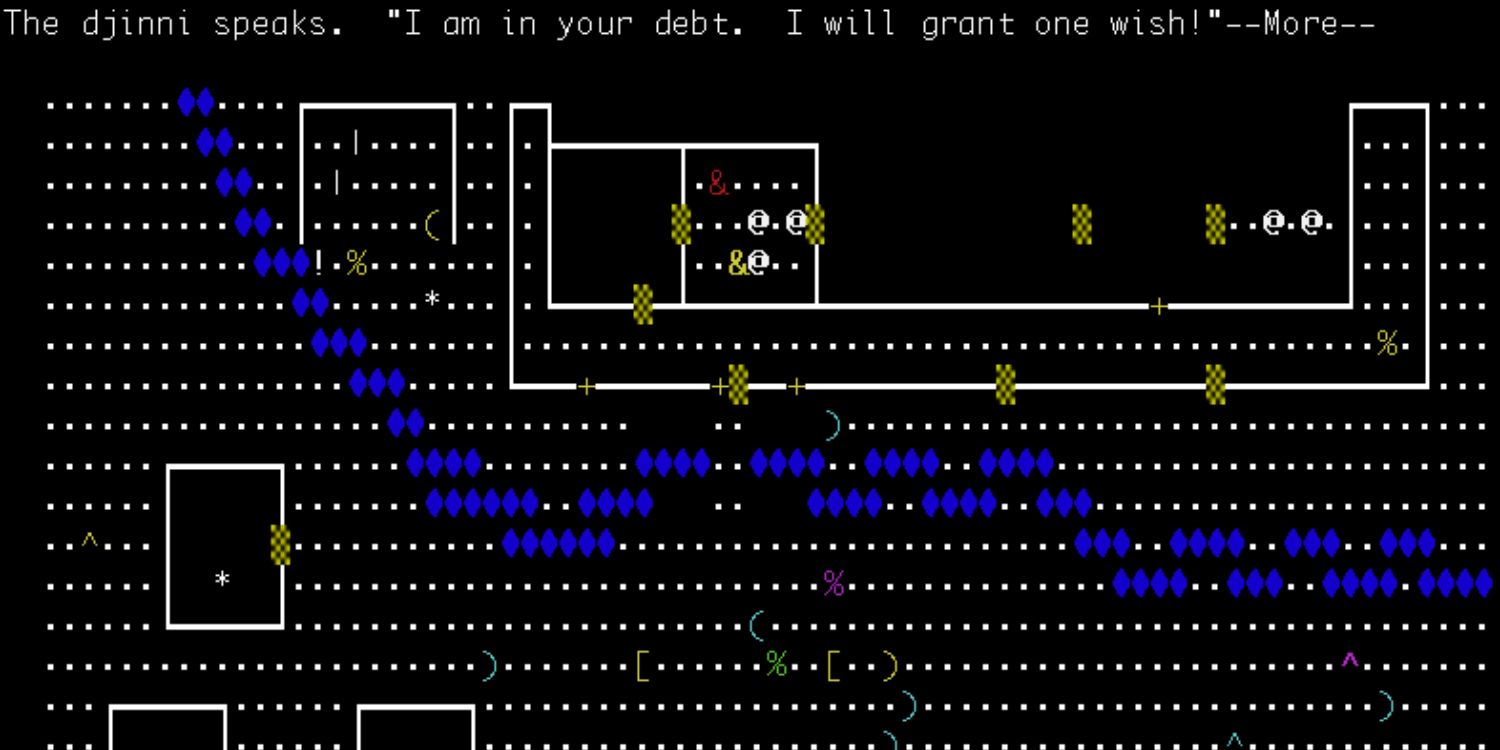 I’m just going to say it – I love ASCII graphics on a purely aesthetic level. I don’t care if it’s pre-color, post-color, elaborate artworks, or generic dungeons. ASCII is just so damn pleasing on the eye.

It harkens back to a simpler time, and like primitive Atari blocks, or NES sprites, ASCII has an undeniable appeal that has kept it alive as long – or longer – than its competitors. The more realistic a game tries to be, the worse it will look in a few years. Like a fluffy toed small person with a dodgy piece of jewelry, ASCII is more than four decades old, and it hasn’t aged a day. It looks as good as it always did, and it always looked mighty fine to me.

As a side note, ASCII graphics are so damn simple, any machine can run them without an issue, making them wonderfully accessible. You can still play NetHack today if you want to download it. It’s even on phones! What a time to be alive. 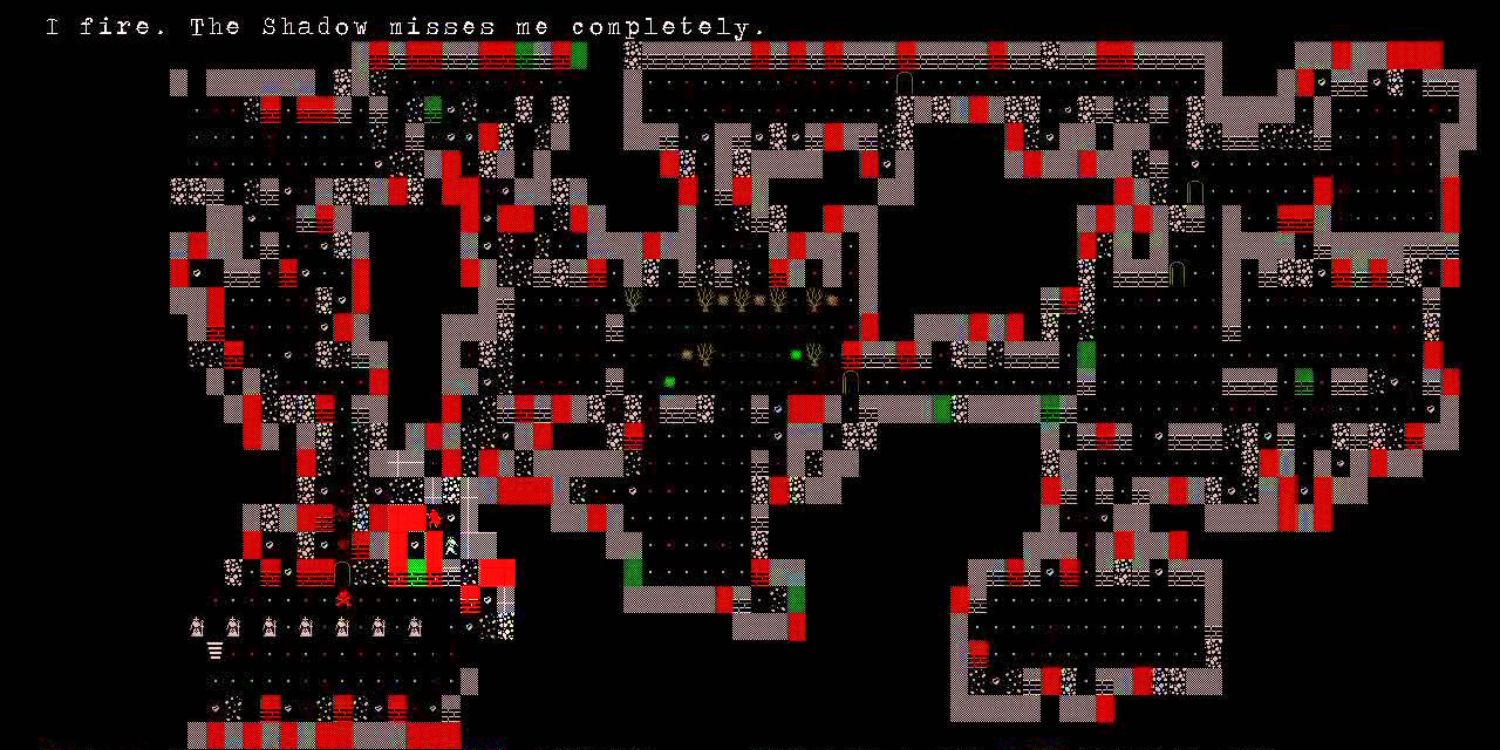 Once again playing into the simplicity of ASCII – there are no limits to what you can do with the engine. If you want to add a thrilling combat encounter against a Kraken, all you have to do is plonk a K somewhere surrounded by a few blue ‘W’s and you’re good to go. Sure, you need to program the actual Kraken, but the bones of that encounter have been completed in mere moments.

Few games embody this limitless potential like 2006’s Dwarf Fortress. A game all about the player-driven story in a truly vast universe. Nothing compares to the brilliance of Dwarf Fortress, and the fact it's still alive and kicking after all these years, is a testament to that.

There is not enough time left before the heat death of the universe to fully absorb everything Dwarf Fortress has to offer. It will still have people playing after time itself has run out of sand to count.

ASCII never died, because it was too good to die. The title of this article is a lie, it never had to come back. What I would like to see is more people recognizing the benefits of ASCII, and using it to create something truly exceptional for the modern gamer.