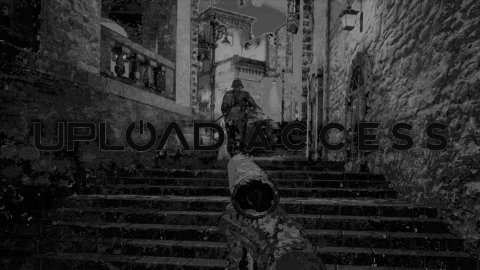 Two years on from its initial reveal, Sniper Elite VR is finally gearing up for launch next week.

But is it going to be any good?

It’s a little too early for us to answer that question just yet, but we’ve had some time with the single-player campaign on PC and can touch on some of the things the game does seem to be getting right, at least so far. Namely, Rebellion and Just Add Water have done a good job creating an experience that has elements of authenticity without becoming too overwhelming for players, and it’s realized some of the series’ staple features in VR really well, too.

Here are four promising aspects from what we’ve played so far.

No, Sniper Elite VR doesn’t quite have the most realistic physics or authentic weapon handling you’ll find in VR. But it does do a very decent job balancing between that believability and making the game accessible for players of all types. In terms of the sniping itself, that means holding a rifle with two hands (unless you’re using PSVR’s Aim Controller), keeping them steady as you look through the scope and then, for most types of weapons, pulling back the bolt between shots. It starts off feeling tricky but, after a little time, the motion becomes second nature.

Pistols, machine guns and shotguns, meanwhile, all have their own quirks too. Reloading generally involves physically grabbing the old clip, removing it, then inserting a new one before pulling back a pin. Plus there are no red dot sights or lasers to help aim – you’ll be relying entirely on iron sights that can make even simple shots pretty easy to miss. You can use a focus indicator to summon an artificial sight if you choose, but it still keeps your aim pretty broad. Weapons thrash around if you don’t steady them with a second hand, too.

Again, you eventually learn to compensate for all of this, making for an experience that does a good job capturing the erratic weapons of the time without leaning into simulation-style realism. But it also gives Sniper’s gunplay a methodical pace; there’s not much use running and gunning when you’re fumbling about with ammo outside of cover. On the harder difficulties at least, it’s much better to hunker down, trade shots and get back behind a wall when reloading, only moving on when you know it’s safe to.

Based on yesterday’s gameplay video, lots of people want to know just how far customization goes when it comes to the game’s UI. One of the really nice touches Just Add Water and Rebellion have worked on is letting you choose just how immersive and authentic the experience can be. So, yes, there are the usual comfort options from vignettes to teleportation for those that want it. But that also extends right down to adjusting how much of the UI the game shows you, allowing you to completely remove objective markers are stelath notifications. It’s a great touch for those that don’t want to interrupt the experience in any way.

And that extends right the way up to the sniping itself. The game’s difficulty modes will directly impact weapon ballistics. Play on Easy and you’ll get a simplified, straight-shooting experience but, on Normal, you’ll have to account for bullet drop and other factors. Hard mode, meanwhile, demands lethal precision and anticipation without much help from the game itself. Oh and, yes, you can customize how often you see the X-Ray Killcam and whether or not you ride the bullet into your poor enemy’s skull. More on that in a bit.

Stealth is very hard to do in VR. In a lot of games, the illusion can quickly crumble when you’re discovered and enemy AI starts running around like a group of headless chickens trying to decide what to do about it. Sniper Elite VR’s stealth mechanics may not be especially in-depth, but that simplicity — from what we’ve played — helps keep stealth cohesive and a legitimate playstyle even after you’ve been found out.

A select few weapons in your arsenal are silenced, allowing you start off many of the levels in a ghost state. From there you can pick off enemies sequentially or just completely avoid them until you’re found. Crouching behind cover and leaning out to survey the area is as effective here as it is in any other VR game.

Plus, the game does a great job of communicating when someone’s investigating anything strange with alert meters and status indicators. If you are discovered you’ll see a ‘Cover Blown’ message, but it’s possible to get back into hiding and clear the alert, too. Again, we might not be talking Metal Gear levels of sophistication, but it’s pretty promising from what we’ve played.

Killcams are a staple of the Sniper Elite series but we did wonder if Rebellion and Just Add Waters would attempt then in VR. Fortunately, they’ve pulled them off pretty brilliantly; you can choose to either follow the bullet or cut straight to the character model, where you’ll get an uncomfortably close look at the damage your shot did to an enemy’s eye/rib cage/heart/unmentionables. Bits of bone shatter into tiny little pieces right in front of you making it both hard to watch and yet somehow strangely hard to look away at the same time. You’ll see a little more of what we mean later this week.

Don’t want to be cutting away to the killcam every other shot? Don’t worry – you can turn it off or even just make them less frequent.

So do Rebellion and Just Add Water hit a bullseye with Sniper Elite VR? You’ll have to wait until our full review next week to find out. Until then, we’ve got more content for the game planned this week as part of Upload Access. Check back for more gameplay and an interview with the developers soon.