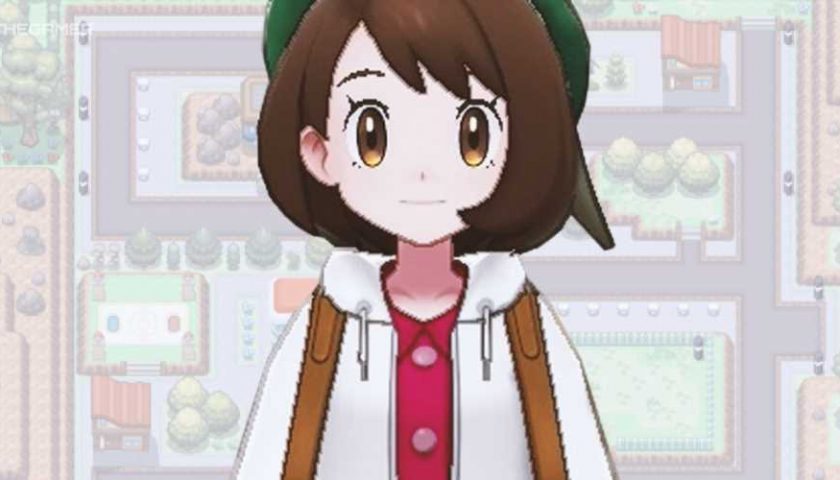 The worst thing about Pokemon moving from 2D to 3D was the sprites. While it has eventually evolved to the point where boss Pokemon are kaiju and you can run around the battlefield to get the best vantage point, it’s taken a long time to get here and in the meantime I’ve missed the skillful art of creating an exciting 2D battle sprite.

Okay, I admit some of the Gen 1 sprites were a little scuffed. Golbat is so horrendous it has become a cult favourite, and Mew looks like a biblically accurate angel or something. But there’s a nostalgia attached to the old 2D games, and the technical limitations of the original Game Boy led to some incredibly creative designs. This wasn’t limited to Pokemon sprites, however, it was extended to the towns too.

Editor-in-chief Stacey Henley is embarking on her own Pokemon quest to be the best like no one ever was – sorry, I mean, revisit all the towns and cities of Kanto, and that reminded me of something I love about the 2D Pokemon games: the exploration.

We can freely roam through open-world Pokemon games now, but somehow the cities feel more one-dimensional than ever. Take Sword & Shield for example, the most recent traditional-style main series Pokemon game. Some of the towns are brilliant ideas: I love the medieval keep of Hammerlocke City, and the fairy forest village of Ballonlea is beautiful and eerie in equal measure. But for all the creativity channeled into the themes and visual designs of these towns, it’s all a facade.

Try to explore any of these cities and, well, you can’t. Hammerlocke is separated into two separate levels, which is cool. But on each level, there’s just one straight row of houses. The buildings themselves have plenty of interest, but aside from one alley with stairs down to a canal, you can’t explore further than the main road. This would be like visiting London and going nowhere that’s not on the banks of the Thames. There’s plenty of cool things here: Shakespeare’s Globe, Hammerlocke Vault, The Tate Modern, Hammerlocke Stadium, Big Ben – you get the picture. But there’s so much more to the city that can be found by following your nose and getting a little bit lost. 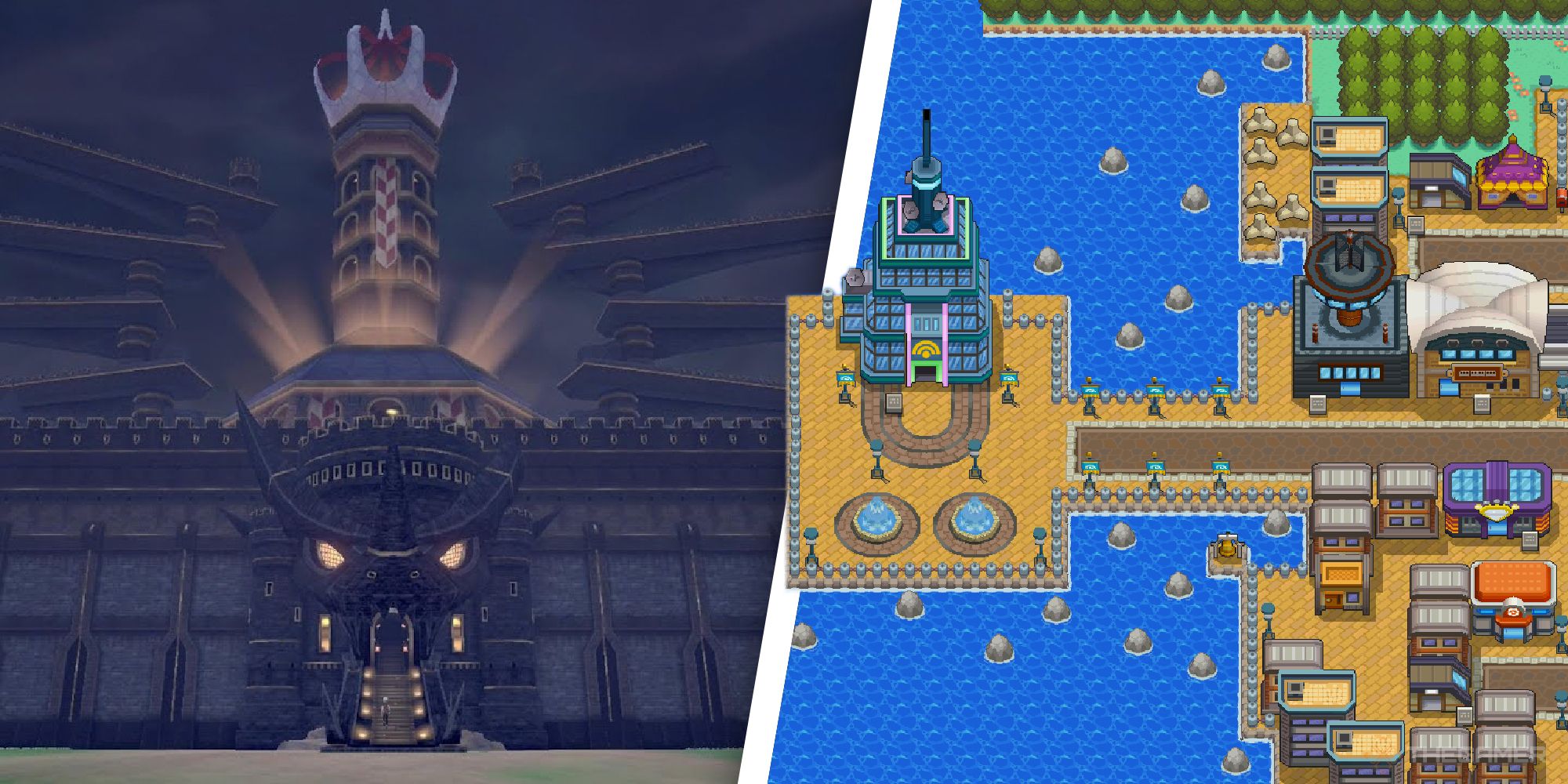 Take Goldenrod City as a parallel – it’s the central large city of the Johto region. Both have major train stations and a friendship rater, they’re practically identical other than the third dimension that the Switch allows Hammerlocke. But there’s so much more to Goldenrod than its twinned city in Galar. For starters, you can stray from the main road and check out what’s behind the Pokemon Center and Mart. You can’t get a bike if you don’t do this. There’s an underground passage connecting the northern and southern ends of the city, too. Every house looks identical, and yet there’s still more to Goldenrod than there is to Hammerlocke. Looks aren’t everything.

Ballonlea an even better example, as it’s just one road. It’s a windy road which gives some illusion of it being a real city, but it’s one road nonetheless. You can’t stray from the path, no matter how hard you try. Walk into the city, heal at the Pokemon Center, challenge the Gym, leave. Go in a house or two if you want to, but there’s no more to Ballonlea than that.

Take Fortree City in Hoenn as a counterpoint: another uniquely designed, forest-based city. Despite its 2D restraints, it’s on two levels, giving it extra depth. You can head to the Pokemon Center or the Gym on the forest floor, or visit the houses in the canopy. But what makes it feel even more three-dimensional – and more real – is that certain areas can only be accessed in certain ways. You can’t just walk to the Gym, even if you’ve cleared the Kecleon that’s blocking the door. You have to go up into the trees, then back down to the forest floor via a certain ladder. Taken the wrong route up to the canopy? No access to the Gym, you’ll have to go the other way. 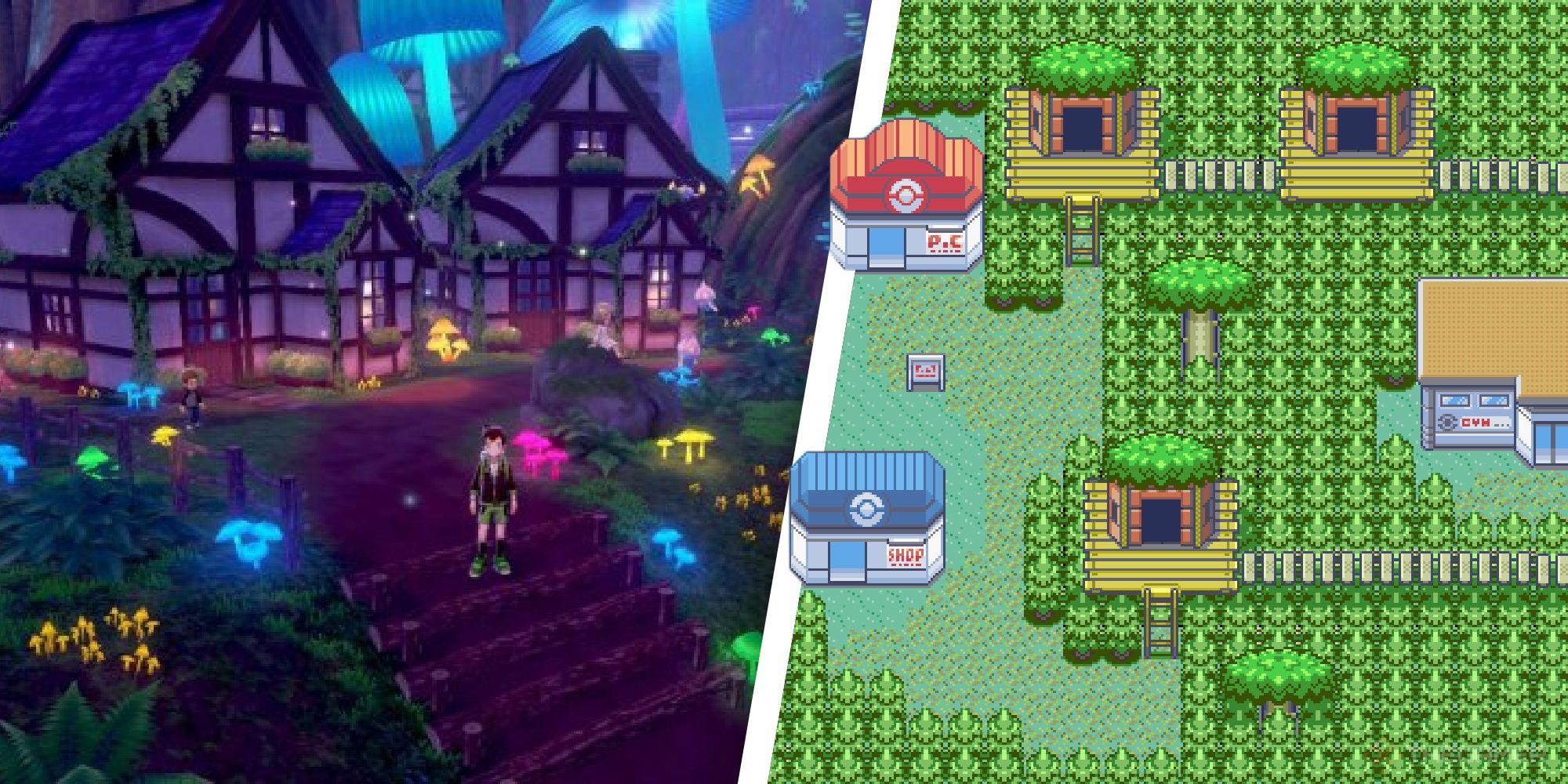 I like Hoenn as much as the next person, possibly a little more than most, but I’ve got no particular affiliation with Fortree City. Goldenrod comes with a tsunami of nostalgia, making it an iconic Pokemon city for me, but my point remains: there was more to explore than in most 3D Pokemon cities.

The clever camera angles in Castelia City make it an incredibly exciting 3D city to explore for the tech it had at its disposal, and the Parisian side streets in Lumiose City are the (admittedly samey) exception that proves the rule. But for every clever use of the third dimension there are five uninspired designs. Coumarine, Hau’oli, Malie, Oreburgh, Canalave. I could go on.

Legends: Arceus’ one city arguably changed this, with cramped passages to explore and find Sprites down, but it wasn’t enough. I didn’t want cities in the ancient Hisui region, but if there’s any of its identity in Pokemon Scarlet and Violet, I hope that there’s as much focus on exploring the cities of the Spanish-inspired region as there is on the routes that connect them.