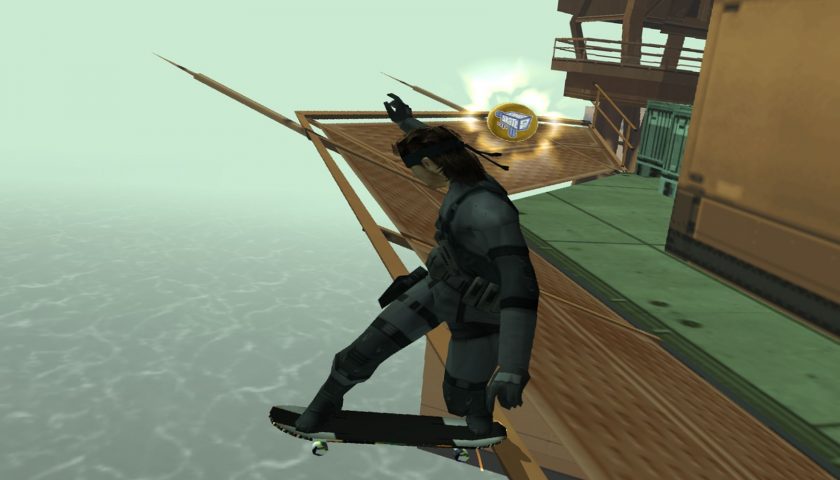 In 2002, Konami launched Metal Gear Solid 2: Substance. This updated version of Hideo Kojima's scarily prescient PS2 masterpiece came with extra content, bonus modes, and other stuff—as well as bringing the game to PC and Xbox for the first time. Why 'Substance', though? Because Joy Division and their spiritual successor New Order, two of Kojima's favourite bands, released compilation albums under the same name in the late 1980s. Our boy never misses an opportunity to pay tribute to the artists who inspire him.

Similar to the Integral release of the original MGS, Substance had 500 bonus missions to play—including a huge number of VR training missions and the more story-driven Snake Tales. These missions, written and directed by longtime series co-writer Tomokazu Fukushima, gave players a chance to infiltrate Big Shell as Snake, rather than Raiden: a response to some fans' disappointment with his reduced role in the sequel. A lack of voice acting (the story is relayed through text) makes them feel a little cheap, but they're still pretty fun. 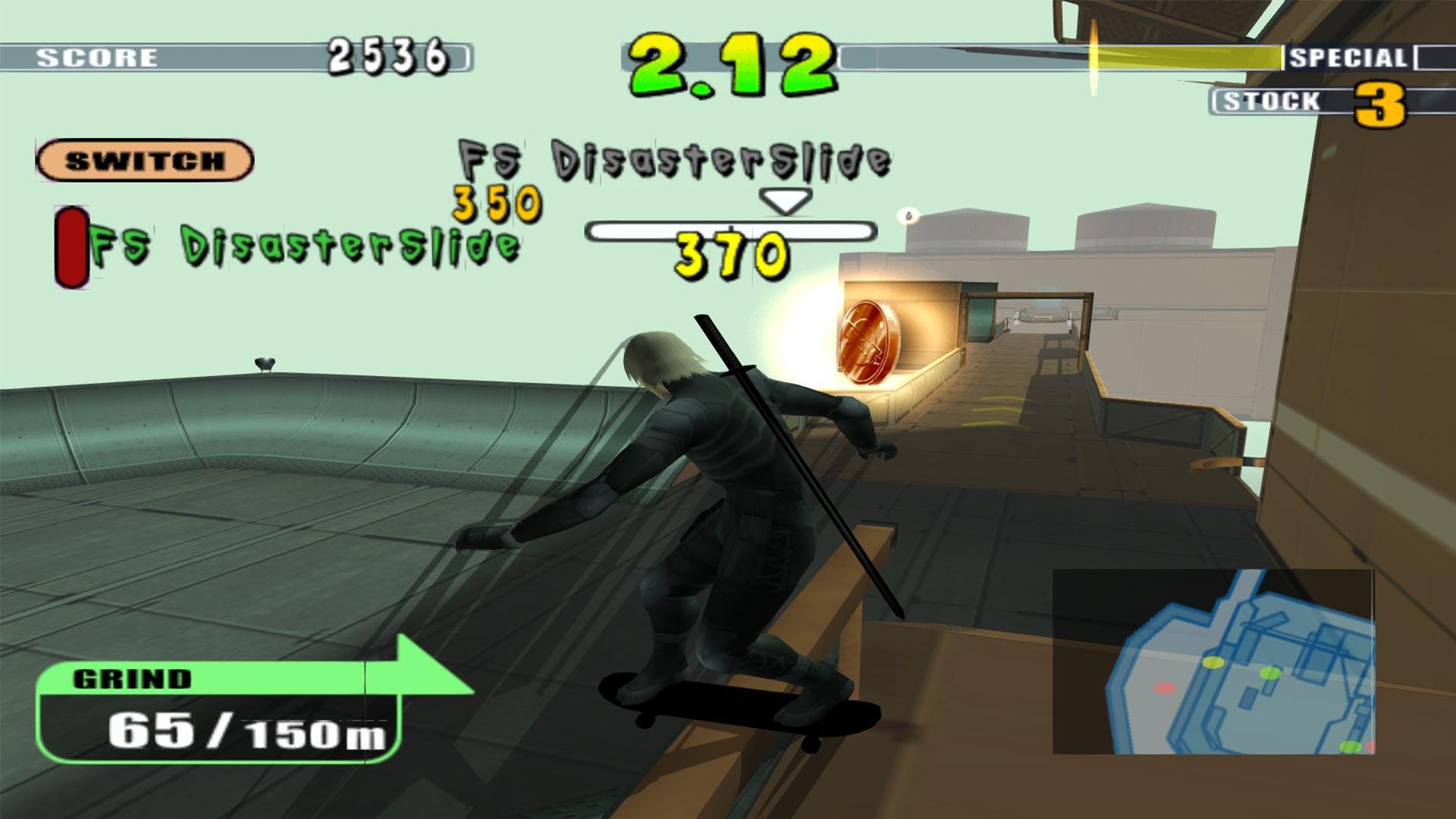 Substance also came with a boss rush mode, a 'casting theatre' that let you swap character models in cutscenes (including Snake in a James Bond tuxedo), and photography missions. Some EU releases also included an interactive making-of documentary titled The Document of Metal Gear Solid 2, which let you view 3D models from the game, Hideo Kojima's original design documents (in Japanese only, sadly), and cutscene storyboards. This was a significant, content-stuffed re-release and arguably the definitive version of the game.

But let's be real: the real reason people remember Metal Gear Solid 2: Substance is the PS2-exclusive skateboarding mode. In 2002, Konami tried its hand at extreme sports with Evolution Skateboarding—a deeply mediocre game that wouldn't have given the Tony Hawk's Pro Skater team any sleepless nights. Not even having cKy and Primus on the soundtrack could save it. Its engine was used for Substance's highly silly skating mode, which saw Snake and Raiden grinding, flipping, and tricking around a Big Shell-themed skate park.

Konami didn't try to hide the fact that Evolution Skateboarding (and by association Substance's bonus mode) was a THPS rip-off. The controls—X to ollie, Triangle to grind, Square to flip, Circle to grab, L2/R2 to spin—were identical. You also had three minutes to complete a set of objectives, including collecting hidden items, destroying stuff, and scoring a set number of points. It just didn't feel as nice to play as Neversoft's game, and the guy who announced every trick you did out loud in an obnoxious, grating voice was incredibly annoying.

As a standalone game, Evolution Skateboarding was, honestly, ass—but it made for a great minigame in Substance. Metal Gear has always been a series that wilfully embraces the absurd, and this is one of the greatest expressions of that. You can't help but smile seeing these two elite stealth operatives taking time out of saving the world to shred. I still don't get why this mode was exclusive to the PS2 version, though. Xbox and PC players never got to see Snake do a sick kickflip over a Cypher drone or Raiden 50-50 grind an oil pipe.