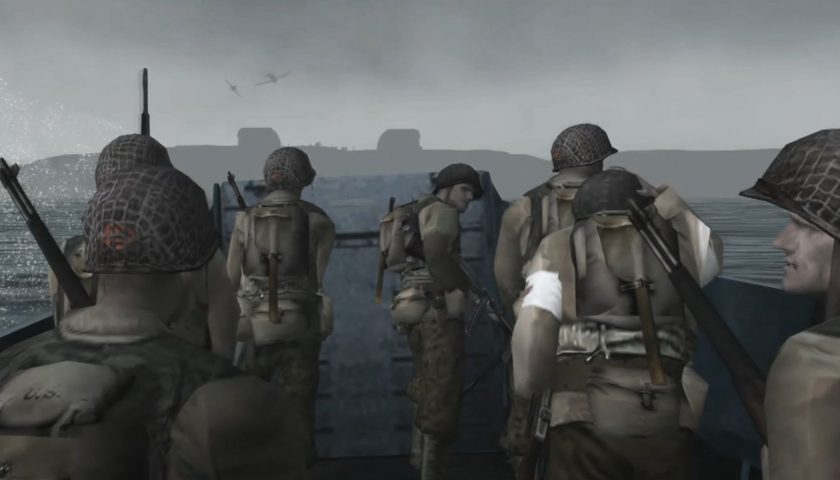 Video games owe a lot to Saving Private Ryan: specifically its brutal opening battle, which depicted the full horror of the D-Day landings in a way that was thrilling, uncompromising, and viscerally disturbing. Details like its violent, overwhelming soundscape, the camera's lens being hit with dirt and debris, and bullets leaving spiralling trails in the water have all made their way into first-person shooters. But in 2002, the developers of Medal of Honor: Frontline didn't just want to pay homage to this scene: it wanted to recreate it, which was no mean feat considering the limitations of PS2-era consoles.

Frontline gets a pass for brazenly copying Saving Private Ryan, because the series wouldn't exist without Steven Spielberg. In the late '90s the Oscar-collecting director of Saving Private Ryan saw his son playing GoldenEye 007 on the Nintendo 64 and tasked the digital arm of his production company, DreamWorks Interactive, with making a WW2-themed FPS. The result was the first Medal of Honor, which was a smash hit on the original PlayStation and had developers scrambling in their droves to make their own WW2 shooter. But none of them came close to Frontline or its stunning, cinematic first mission. 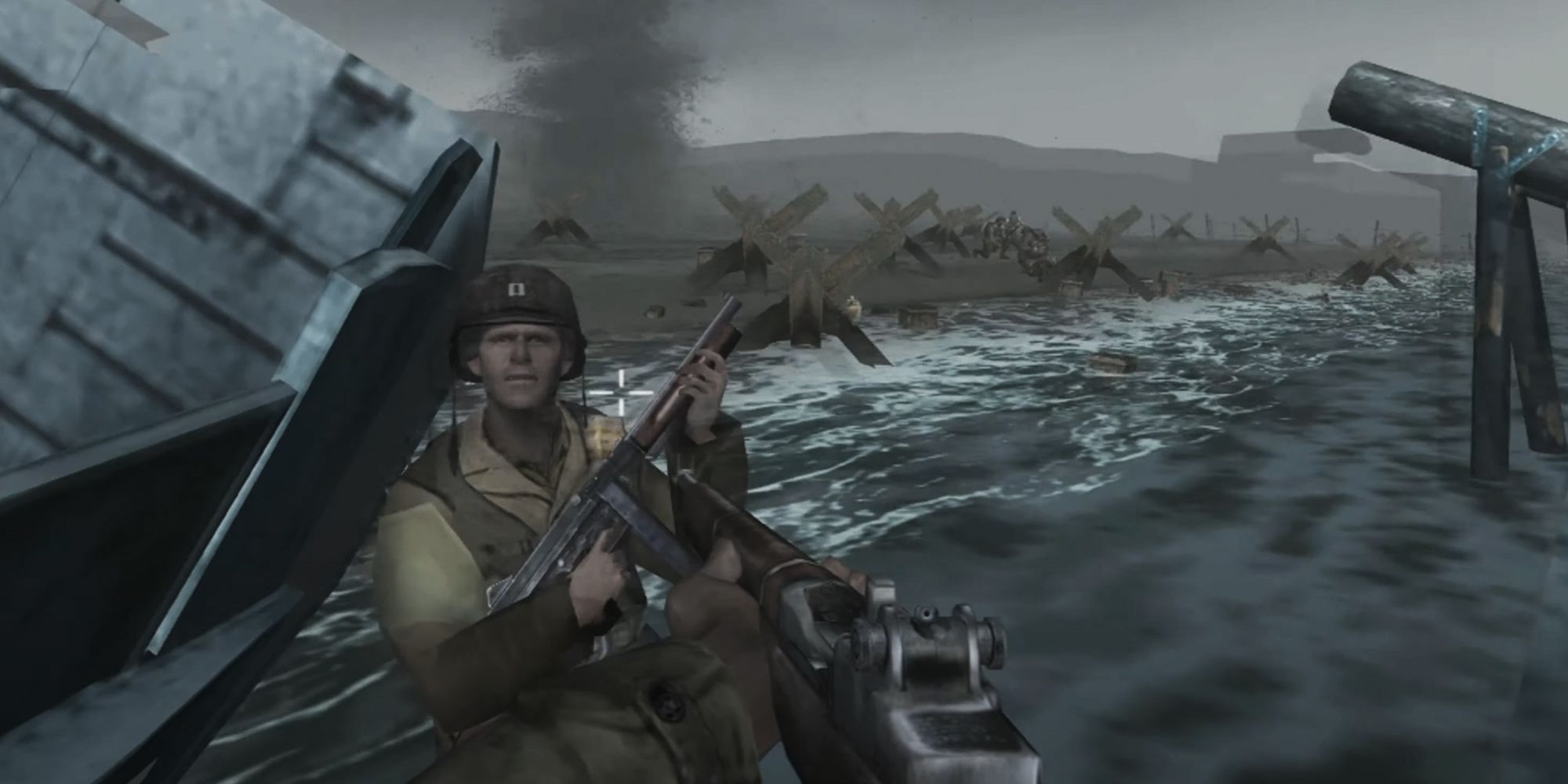 The first thing you see is a Higgins boat loaded with US infantry. One makes the sign of the cross. The seasickness gets to another and he pukes all over the deck. Others just stare silently ahead. Planes fly overhead, waves crash over the side of the boat, and a gloomy slate-grey sky hangs ominously above. Then, as we draw closer to the shoreline, we see the sinister silhouettes of German machine-gun nests emerge from the sea fog. It's a masterclass in scene-setting and tension-building. Developer EA Los Angeles may have cribbed shamelessly from Spielberg, but being there took things to a whole other level.

Looking at it now, the visuals seem rudimentary. But at the time, being inside one of those boats yourself, viewing the action through the eyes of hero Jimmy Paterson, moving the camera around freely, felt incredible. The kind of thing you would call people over to the TV to look at. As the landing craft drew towards the beach, you'd hear your commander counting down: "Ten seconds… stay with me and we'll get through this… we gotta take that beach… clear the ramp!" Then a shell hits the boat, sending you flying into the cold, bleak sea. Bullets thwip past you as you try desperately to swim to the 'safety' of the shore.

It's not much better out of the water. This is where the level begins proper, as you charge the beach with your M1 Garand as your fellow soldiers are slaughtered around you. Even with the dated tech, it still to this day brilliantly captures the frightening intensity of Saving Private Ryan's opening assault. You duck between makeshift cover—smoking mortar craters, anti-tank barriers, stacks of sandbags—and make your way to the bunkers. It feels like a suicide mission, and for thousands of the soldiers who did this in real-life, it was. Like the movie this mission is disorientating, terrifying, but undeniably exciting.

When you break the objectives down it's a simple level. Move up the beach, infiltrate the German trenches, get inside a fortified machine-gun nest, clear it out. But it's not the mission itself that makes it compelling—it's how it's presented. Frontline is a basic FPS, but its haunting orchestral music (Michael Giacchino's score is gorgeous), rich world-building, and historical attention to detail elevates it. Your Finest Hour might be simplistic by modern standards, but two decades later (this November marks the 20th anniversary of the Xbox and GameCube versions) it's still impressively atmospheric.