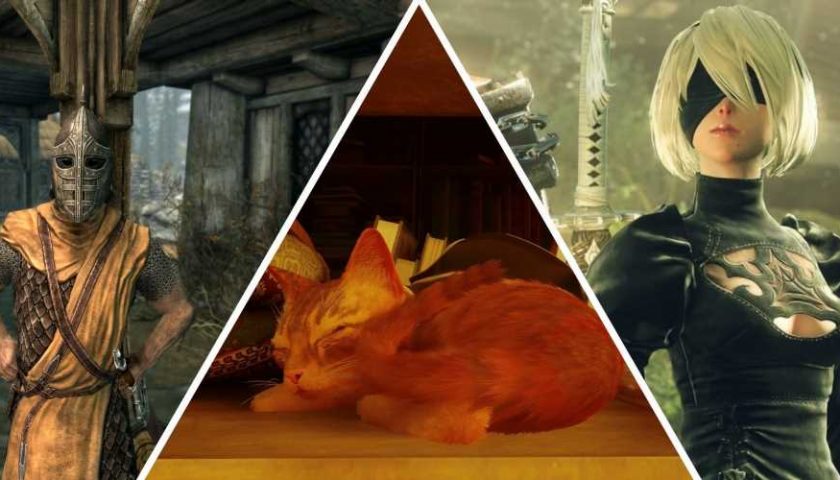 Stray has scratched and purred its way into everyone’s hearts with its compelling story, lovable feline protagonist, and beautiful world. There is so much you can explore in the forgotten, robot-populated spaces of the walled city.

The side missions and main quest can keep you busy and engaged enough for the game’s relatively short runtime, so it’s easy to miss some cool references littered throughout the worn streets and flickering lights of Stray. Here are some wonderful references you might not have picked up on. 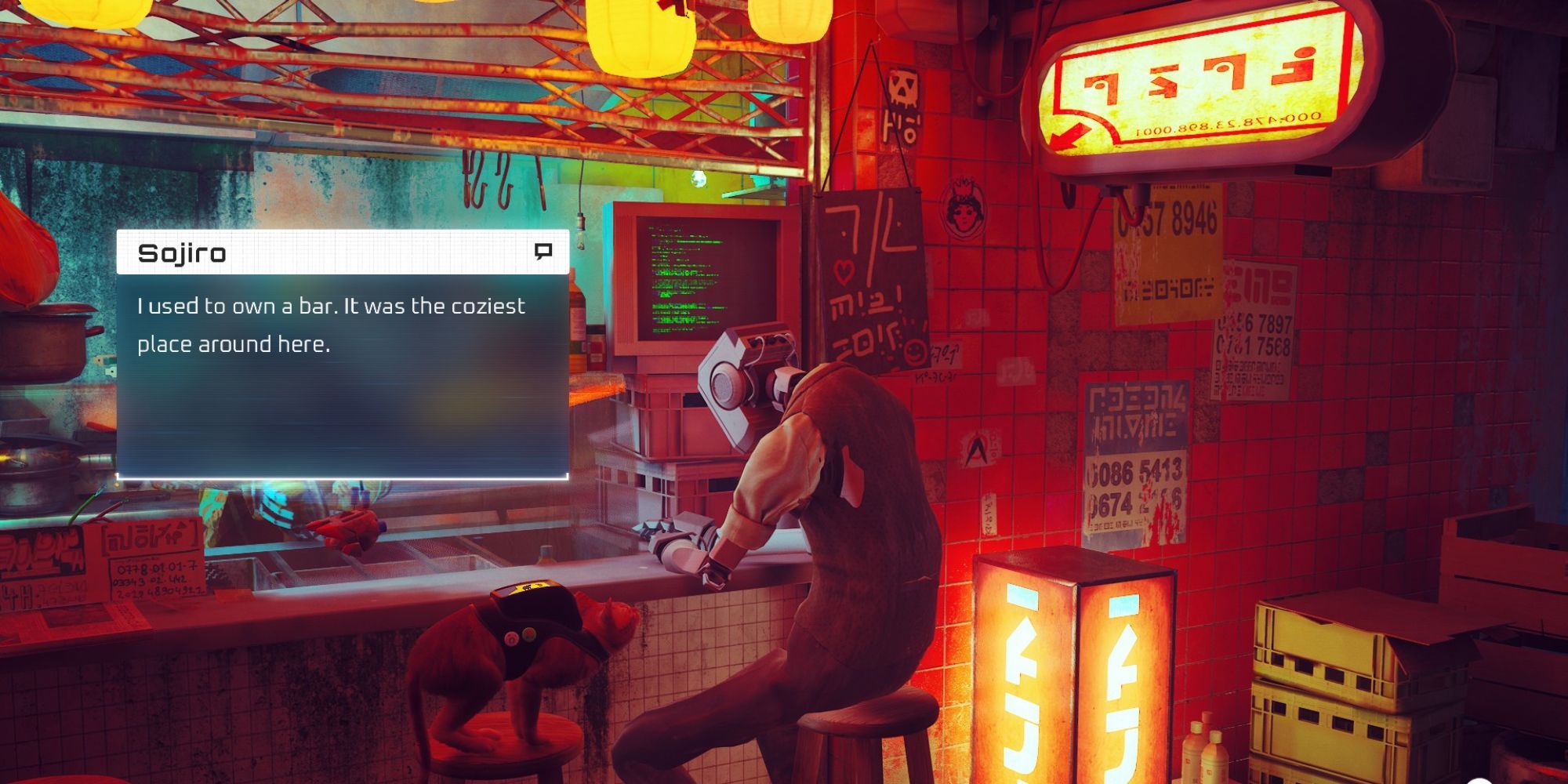 You can find a colorful assortment of residents in Midtown, just trying to make their way through each day under a repressive police force. Visit a small eatery near the residential area and you’ll find Sojiro, who used to own a bar he calls “the coziest place” around the place.

He is dressed very similarly and even bears the same name as Persona 5’s resident cozy cafe owner, Sojiro Sakura. Cafe Leblanc even holds a cosmetic ramen bowl on its shelves, though it doesn’t hold literal sticks of RAM like in Stray. 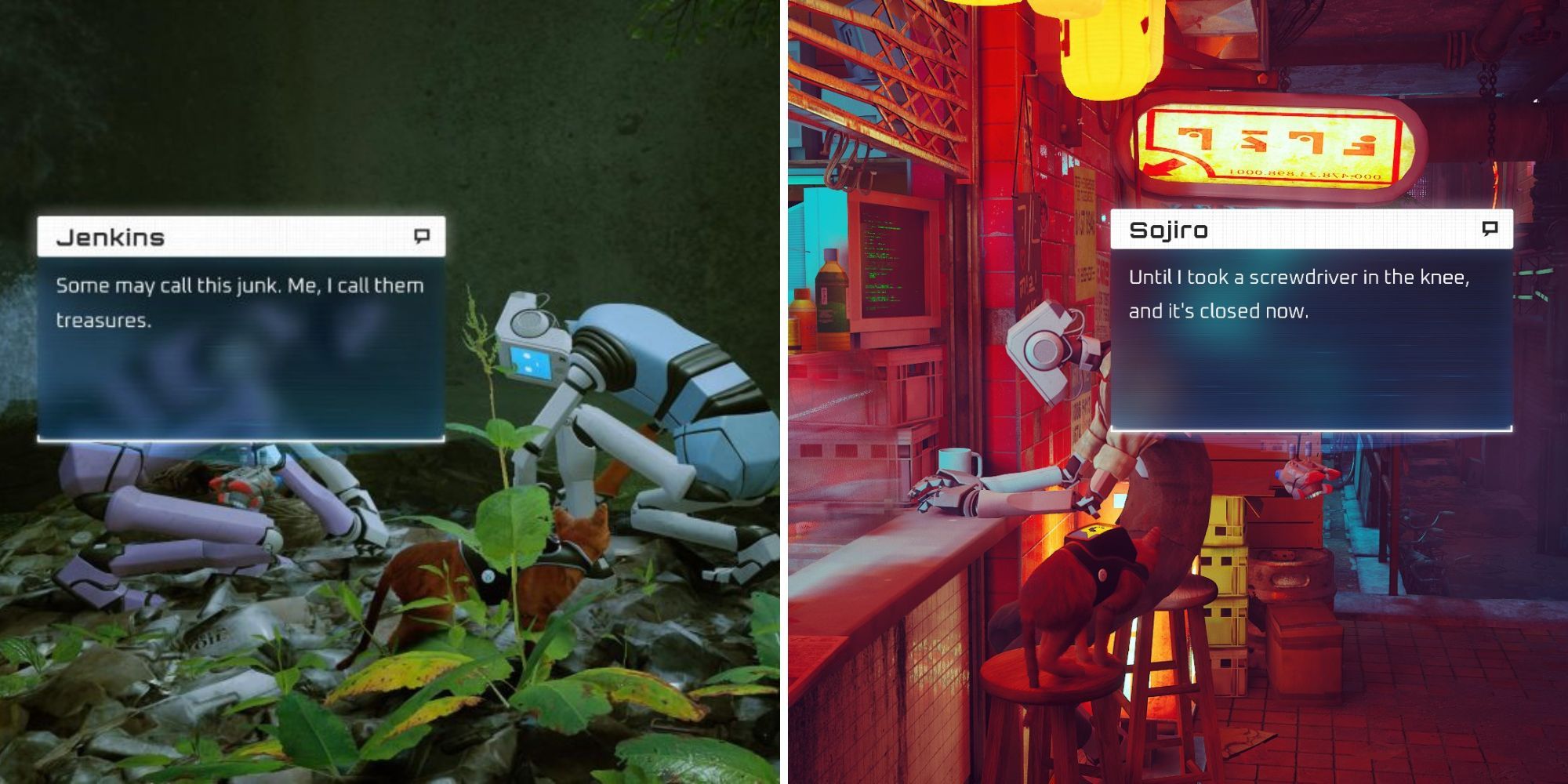 There are a couple of great Skyrim references in Stray that you’ll only spot if you speak to the NPCs. The first is said by Jenkins in Antville, who says the exact lines spoken by Belethor of Whiterun and other merchants – "some may call this junk. Me, I call them treasures."

The second reference happens when you talk to Sojiro, a character whose dialogue manages to put Skyrim and Persona in the same realm. He explains that his shop closed down because he “took a screwdriver in the knee”, much like the guards of Skyrim. 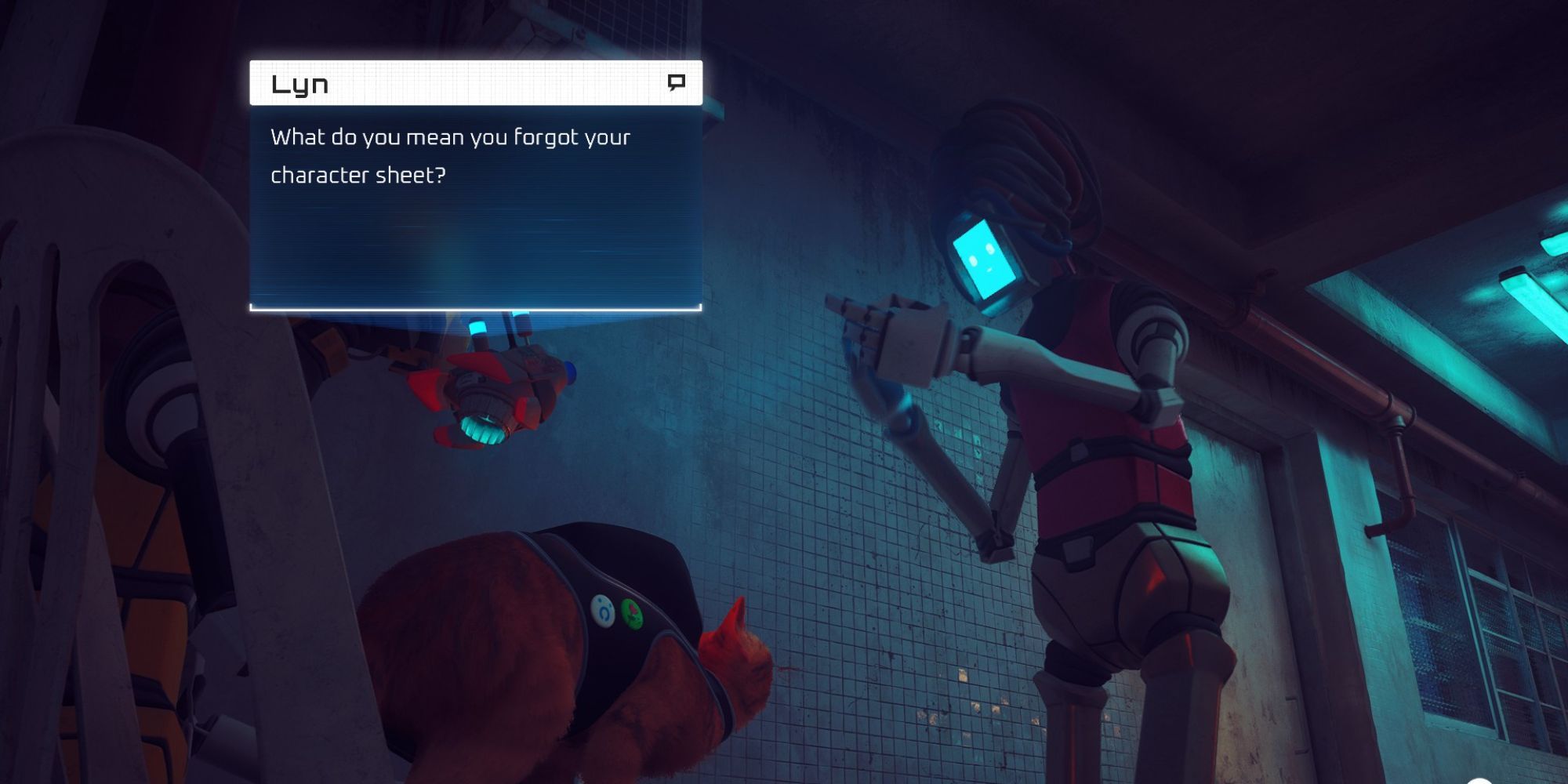 Go to the residential area of Midtown, and you’ll find Lyn and Pinu talking about their character sheets and how long it took to prepare the “session.”

They later complain about having to go out of the building during a search because their vintage cards are still inside, and any D&D fan will immediately recognize what they’re talking about. After all, it takes a lot of work to create an epic campaign.

12 Back To The Future 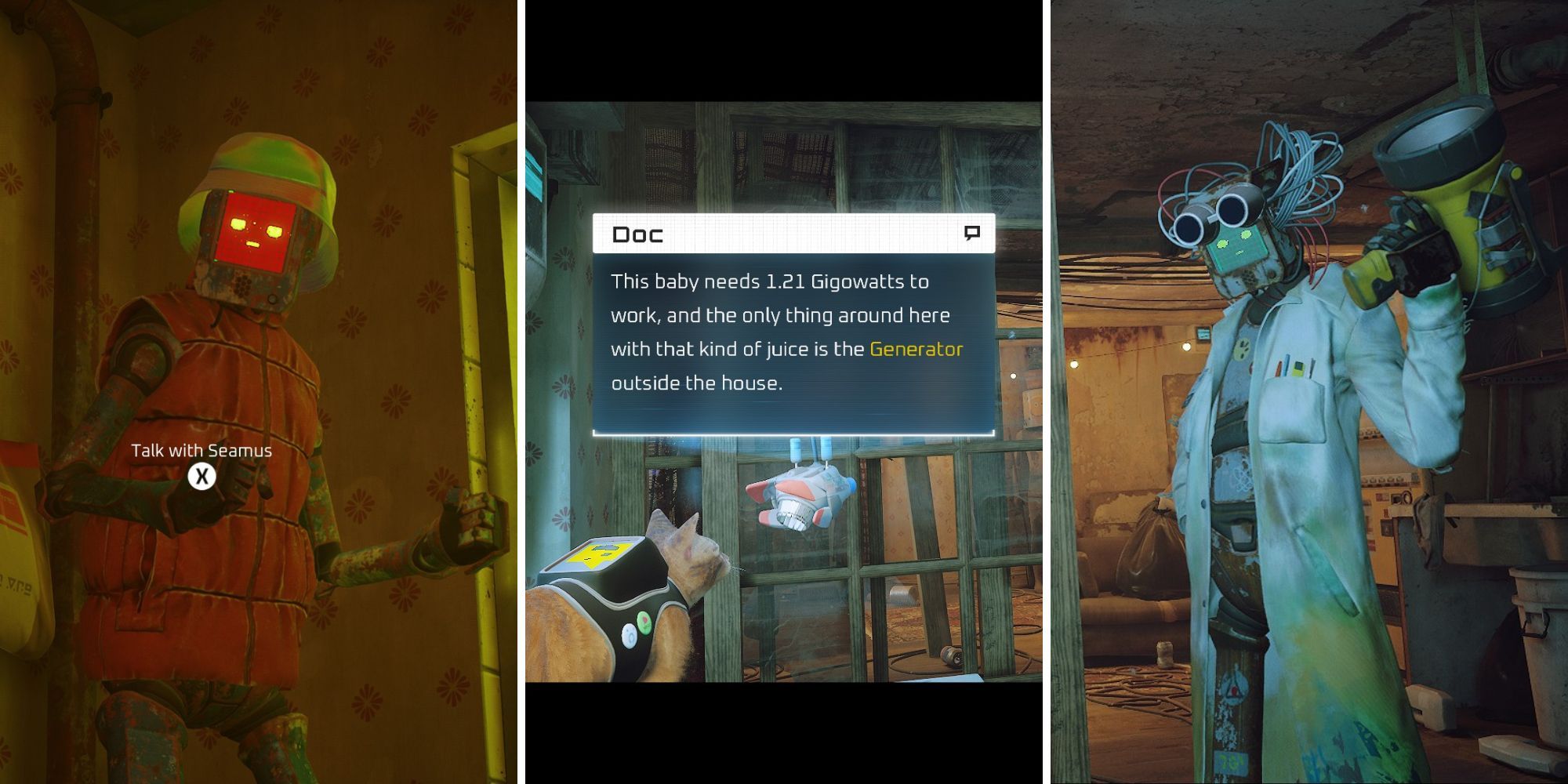 Two robots you have multiple interactions with are Seamus and Doc, whose reunion depends solely on the wits and agility of B12 and our furry orange hero. Aside from the fact that their outfits and “hairstyles” match Marty and Doc’s appearances, there are a few more tie-ins that all but confirm the Back To The Future reference.

Our Marty look-alike is named Seamus, which is the same name of the McFly patriarch who first brought the family to the United States. Our equally eccentric bot Doc is responsible for the creation of the Defluxor which, of course, needs exactly 1.21 Gigowatts to work, just like the movie Doc’s Flux Capacitor. 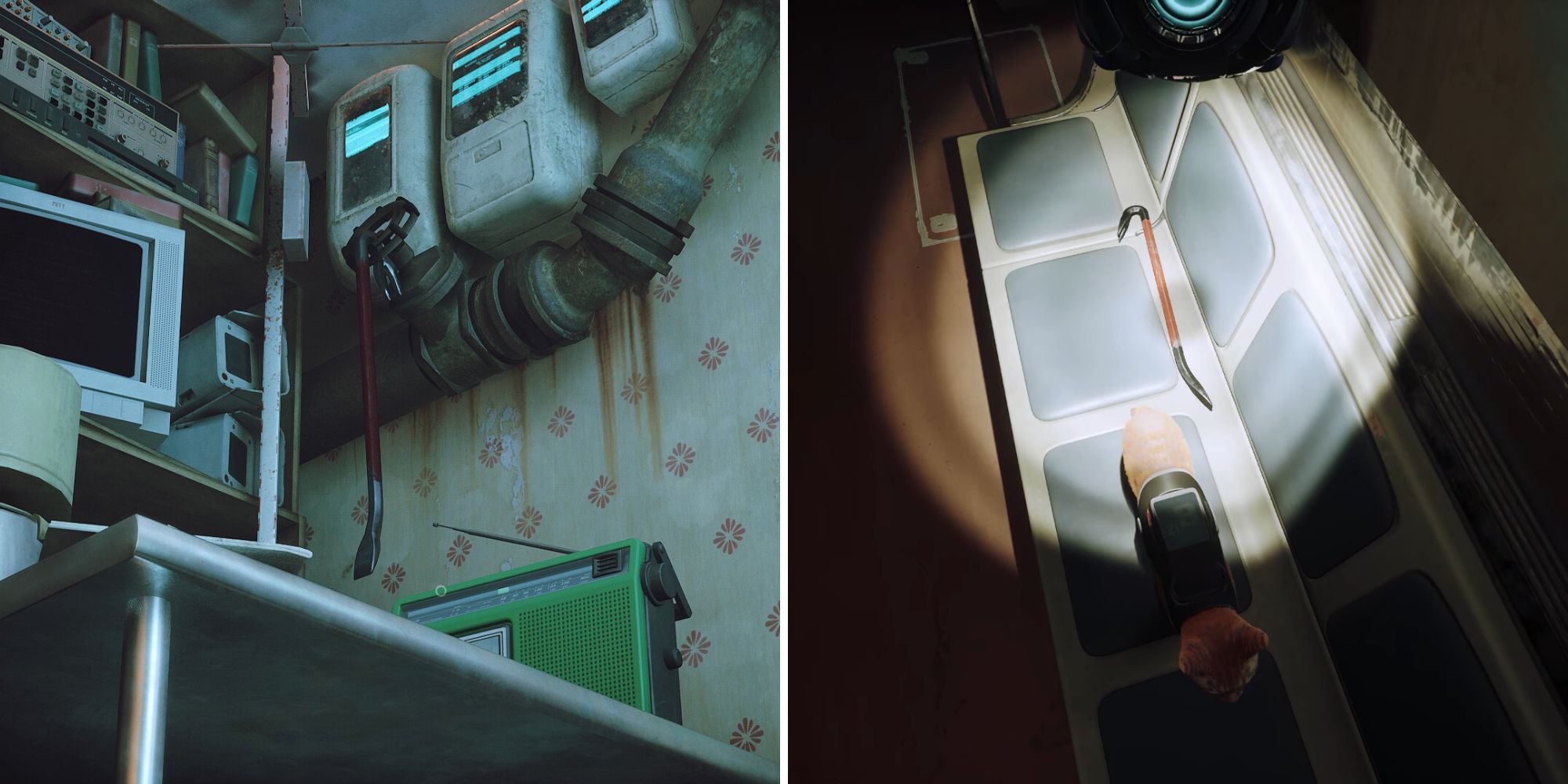 The crowbar has become an iconic symbol for Valve and Half-Life. Anytime you see a stray (pun intended) crowbar, you’re pretty much assured that you just experienced a Half-Life reference.

There are two spots in the world you can find this. One is a lone crowbar in the subway, and another is found in Doc's safehouse right outside the Slums. There’s even a valve next to the latter, so it’s right on the nose. 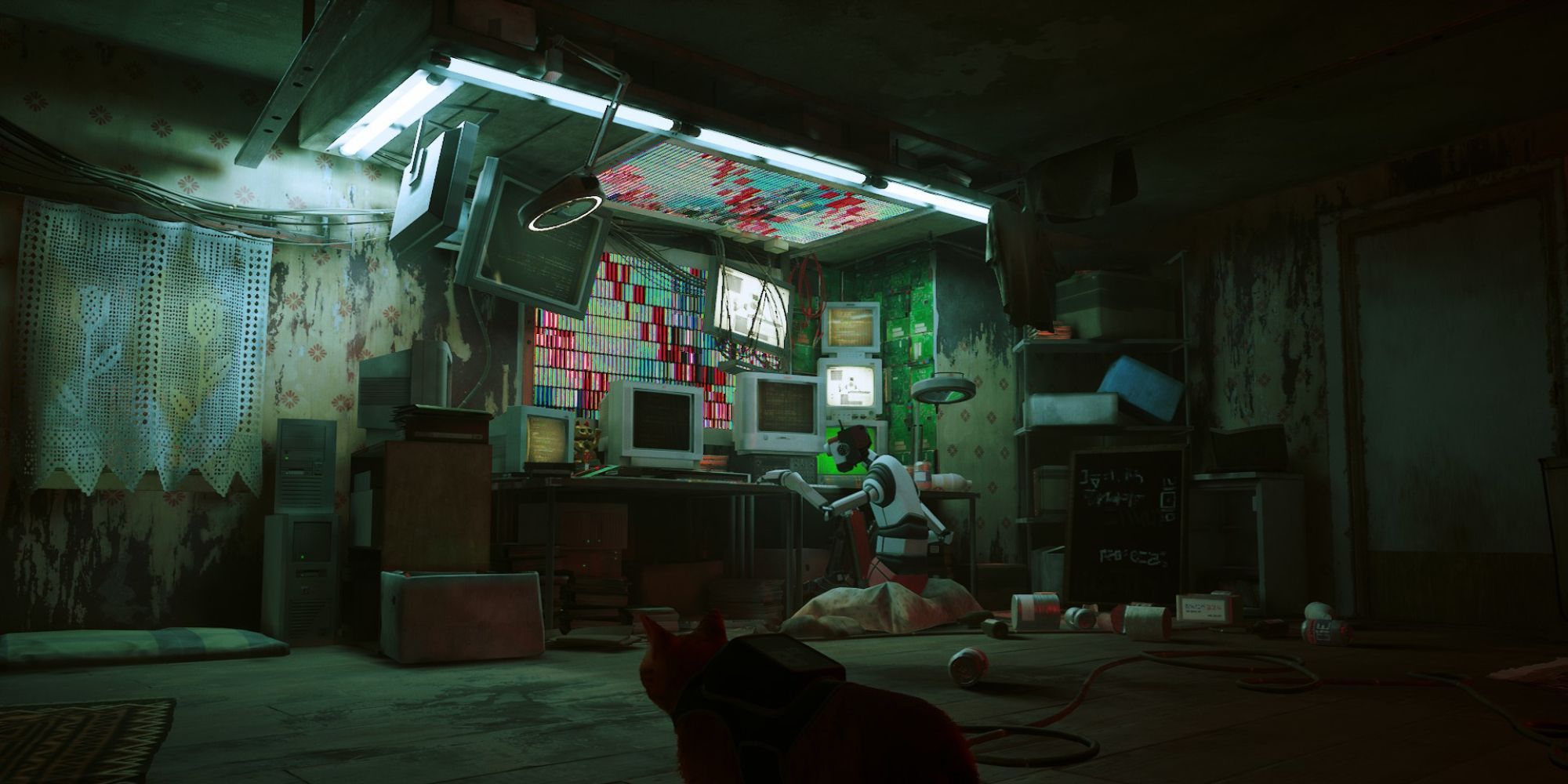 In the slums, you can work with Elliot, who is a programmer that is rather antisocial, good at hacking, and perpetually cold. It’s a pretty clear tribute to Mr. Robot’s Elliot, who popularly dons a hoodie and suffers from social anxiety.

Make sure you knock properly and give robot Elliot a warm poncho to make him feel better (and more inclined to help you). 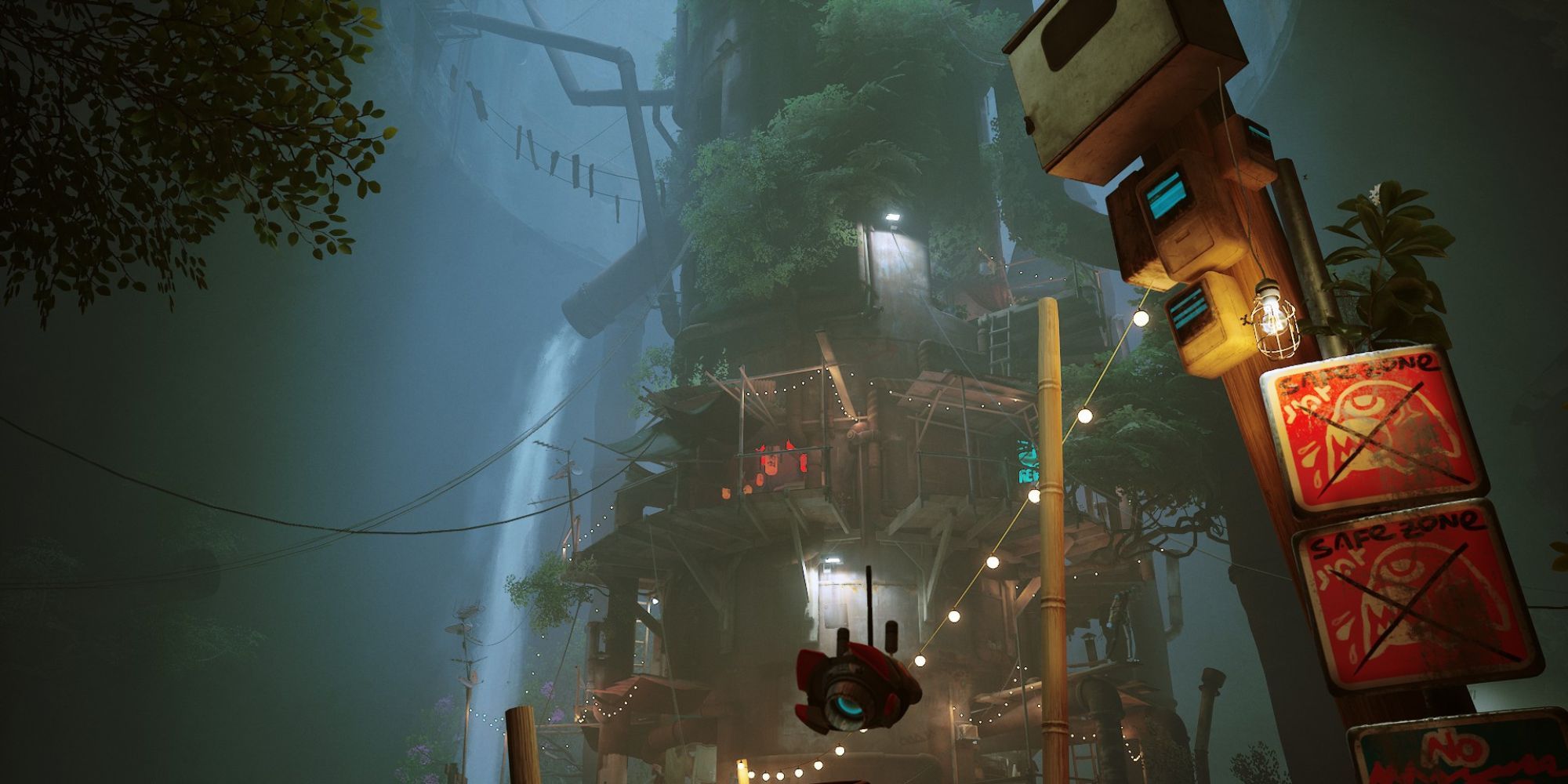 Stray actually references Nier Automata a couple of times in the game. The more obvious homage is the Antvillage, which looks a lot like Pascal’s Village. Much like Pascal’s village, all inhabitants are friendly machines that have created their living quarters around a large tree.

A more missable reference is in a conversation with Vladee, in which he mentions a similar concept to one brought about by the resistance supply trader in Nier Automata. 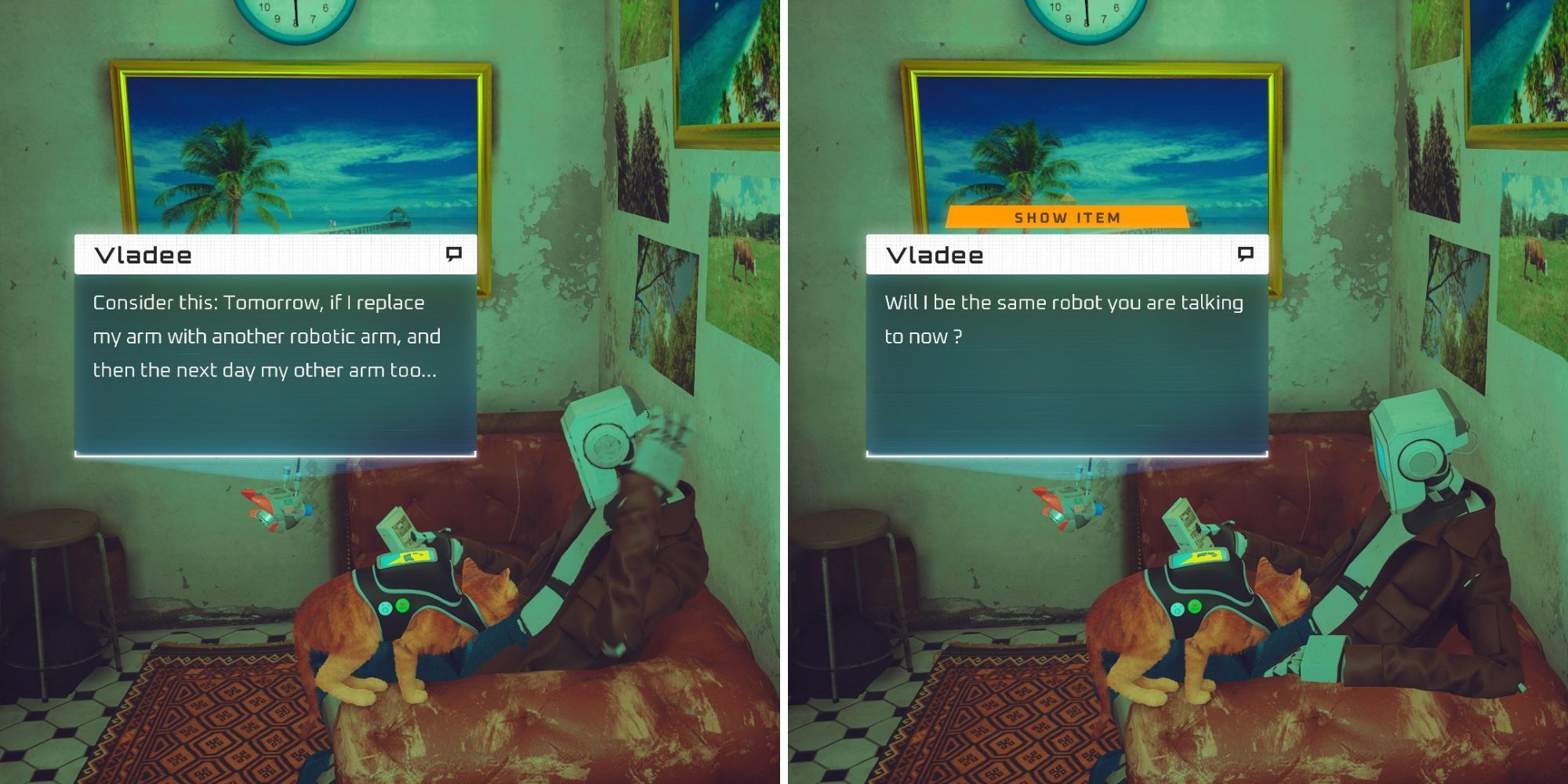 This reference is a bit more debatable on whether it’s meant to be a direct allusion to Nier Automata, or simply points to the popular Ship of Theseus thought experiment. Since both games do deal with sentient robots that grapple with existential feelings, this may well be its own reference to Ship of Theseus.

Speak to Vladee in Midtown and he’ll consider the implications of replacing his parts on retaining who he is. The wording, though, is quite similar to the trader from Nier Automata. 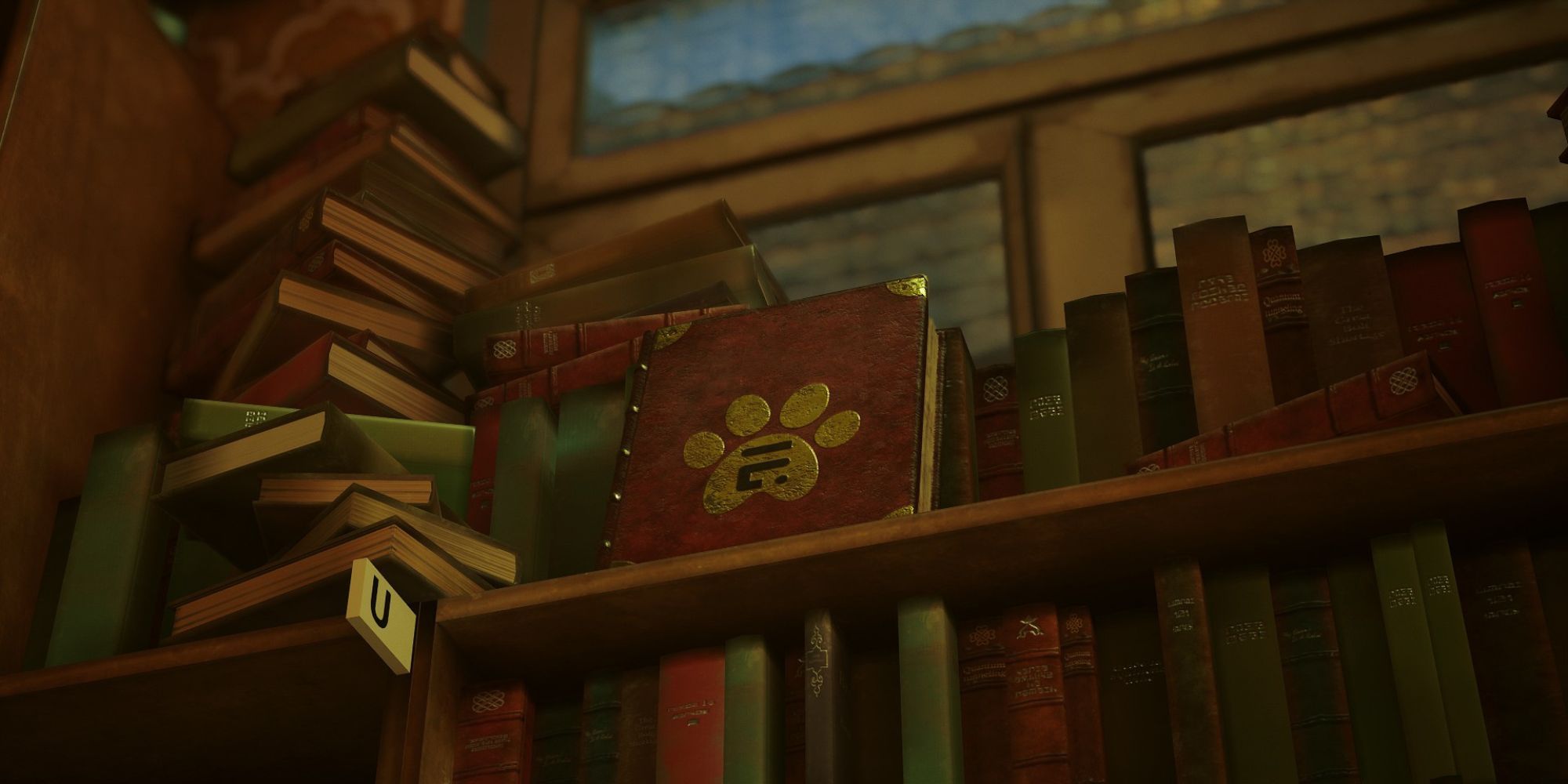 When you enter the abandoned library in the slums, you’ll find a book that looks just like one of the mysterious journals from Gravity Falls.

Instead of a six-fingered hand, though, you see a paw adorn the cover. Makes you wonder what secrets this journal holds within. 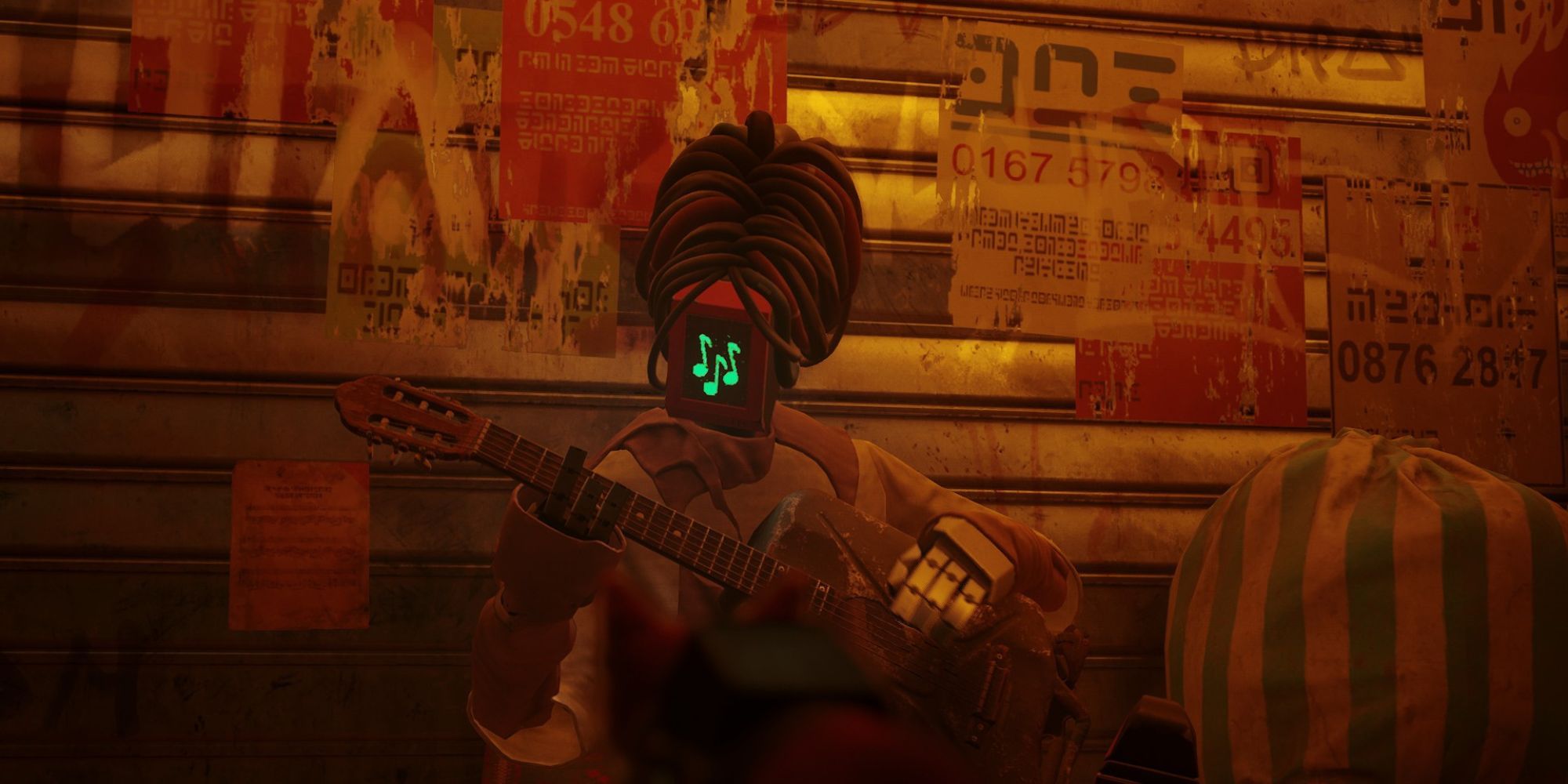 Morusque plays a lot of great tunes as long as you provide new sheet music. One song, Cool Down, sounds very much like Counting Stars by Nujabes. Nujabes’ track samples George Benson’s Affirmation, so it could also be a reference to that.

However, the overall vibe and setting of the game make it more likely a loving reference to the iconic Japanese DJ and producer, who is widely considered one of the pioneers of lo-fi hip hop. 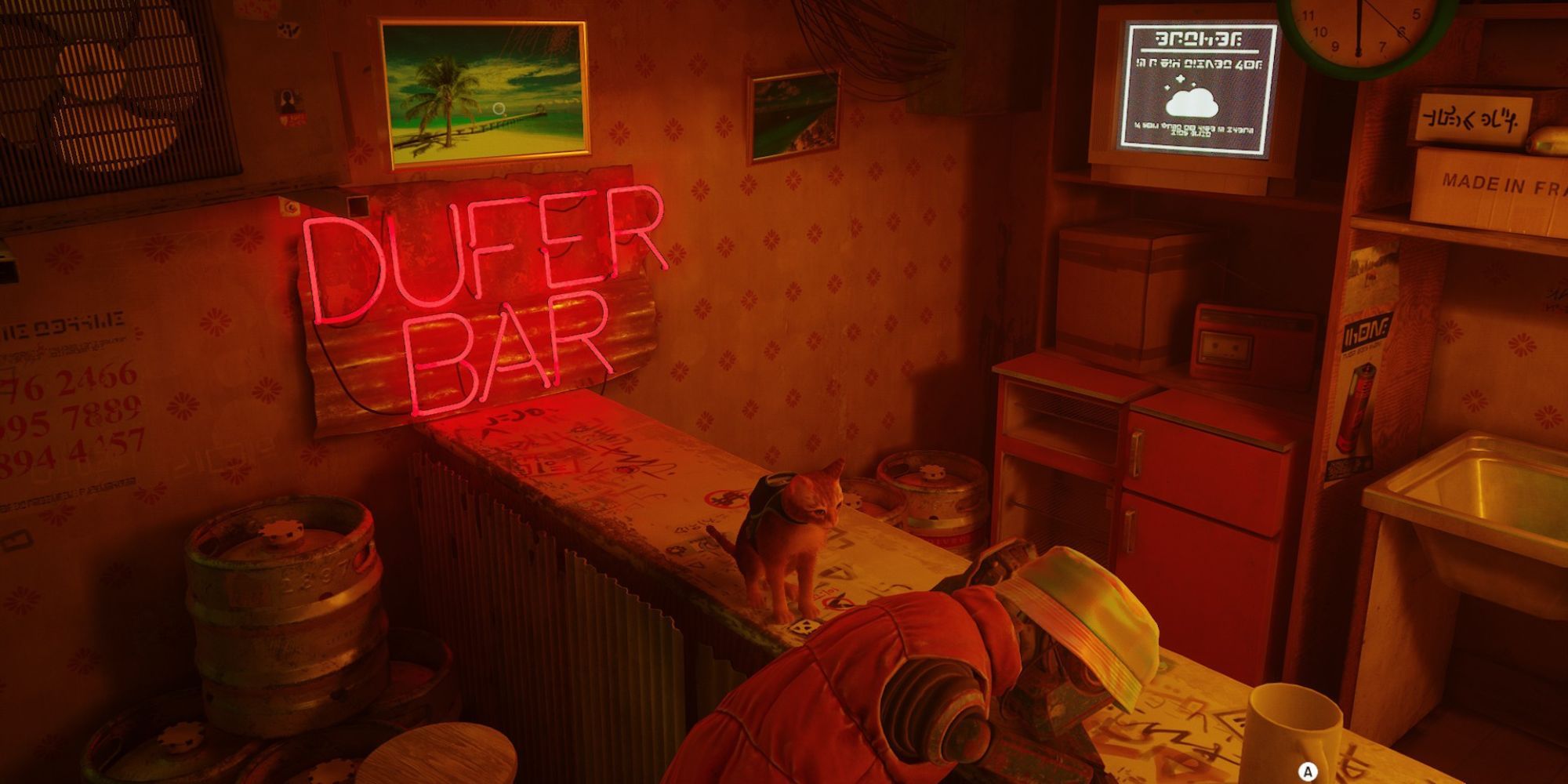 Visit The Bar in the slums, and you’ll see a bright neon sign that is a clear homage to Duff Beer from The Simpsons. If that wasn’t enough, you’ll notice that even the way the bar is set up feels a lot like Moe’s (passed-out guests included). 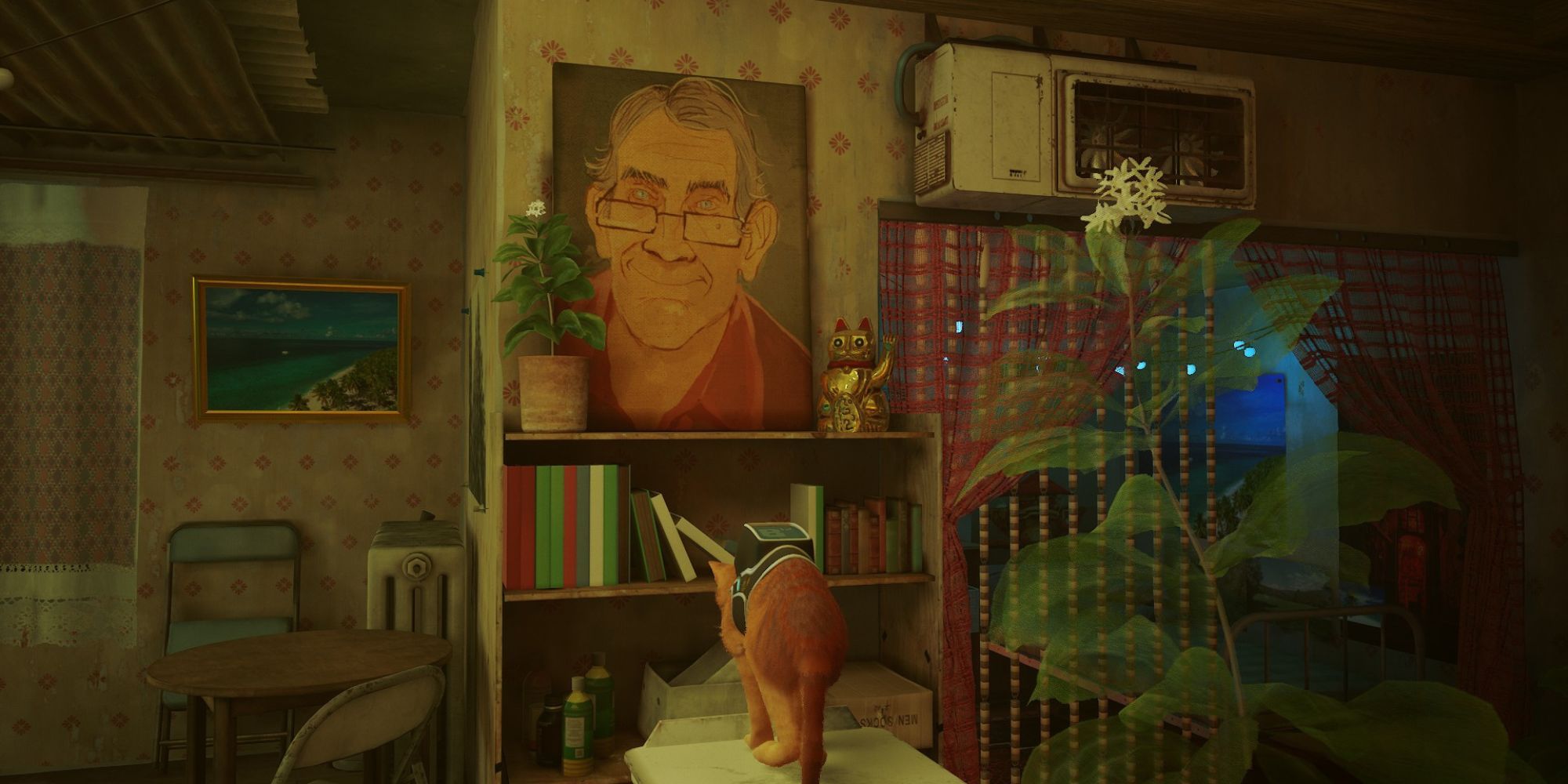 If you look around Momo's apartment, you’ll find a painting of a man that looks exactly like Team Fortress 2’s medic, though slightly aged up.

While the intense doctor’s wild scientific endeavors make him fit right into this cyberpunk world, it’s a shame that his reviving skills clearly didn’t save him from the plague that wiped out humanity here. 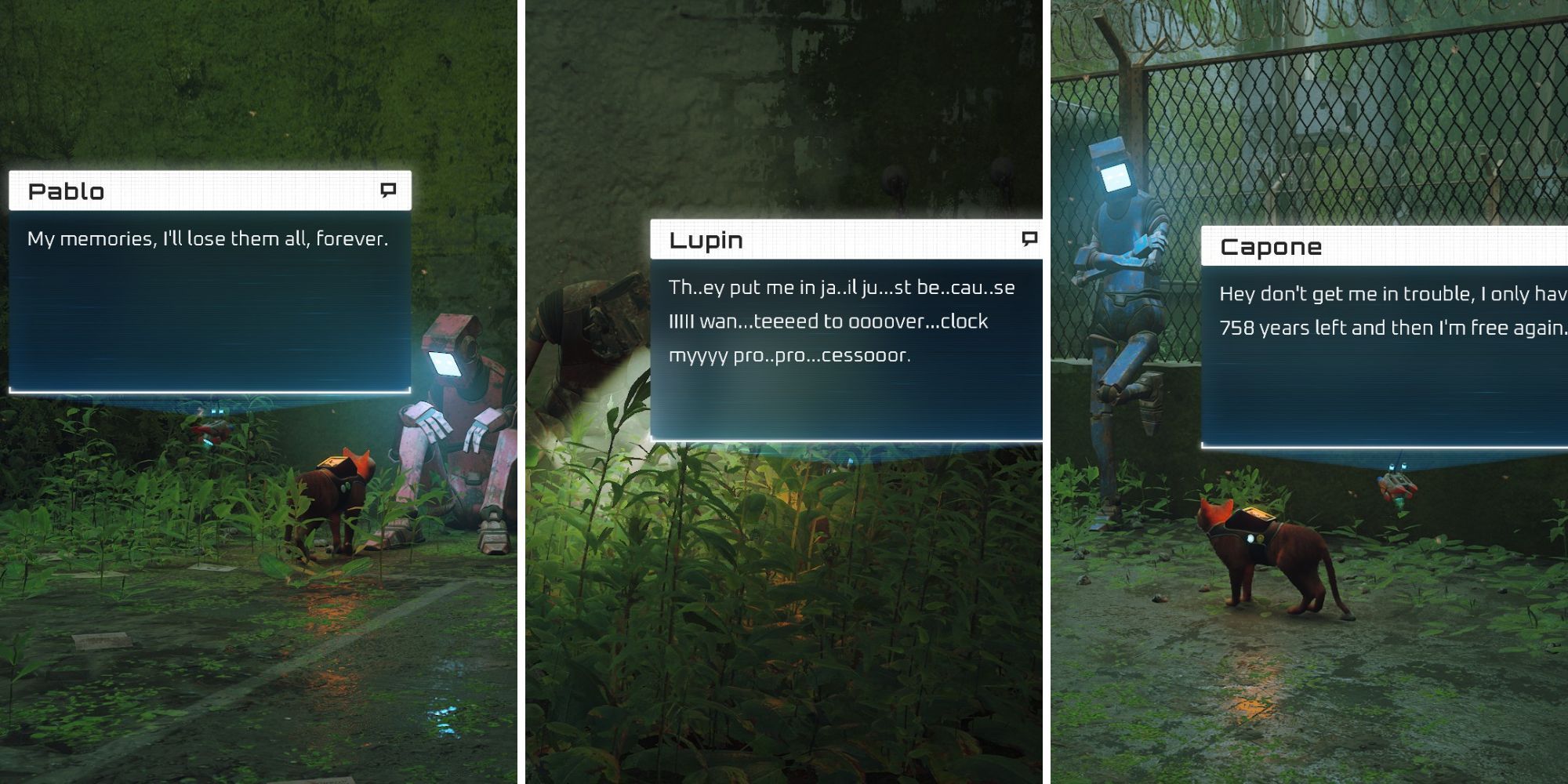 If you love anime and manga, you’ll get a kick out of the prisoners you come across in Stray’s correctional facility for wayward bots. In the yard, you can find robots named Lupin, Pablo, and Capone. It figures that you’d find the most wanted gentleman thief and his foils based on real-life criminals Al Capone and Pablo Escobar here.

2 Undertale & The Way You Look Tonight 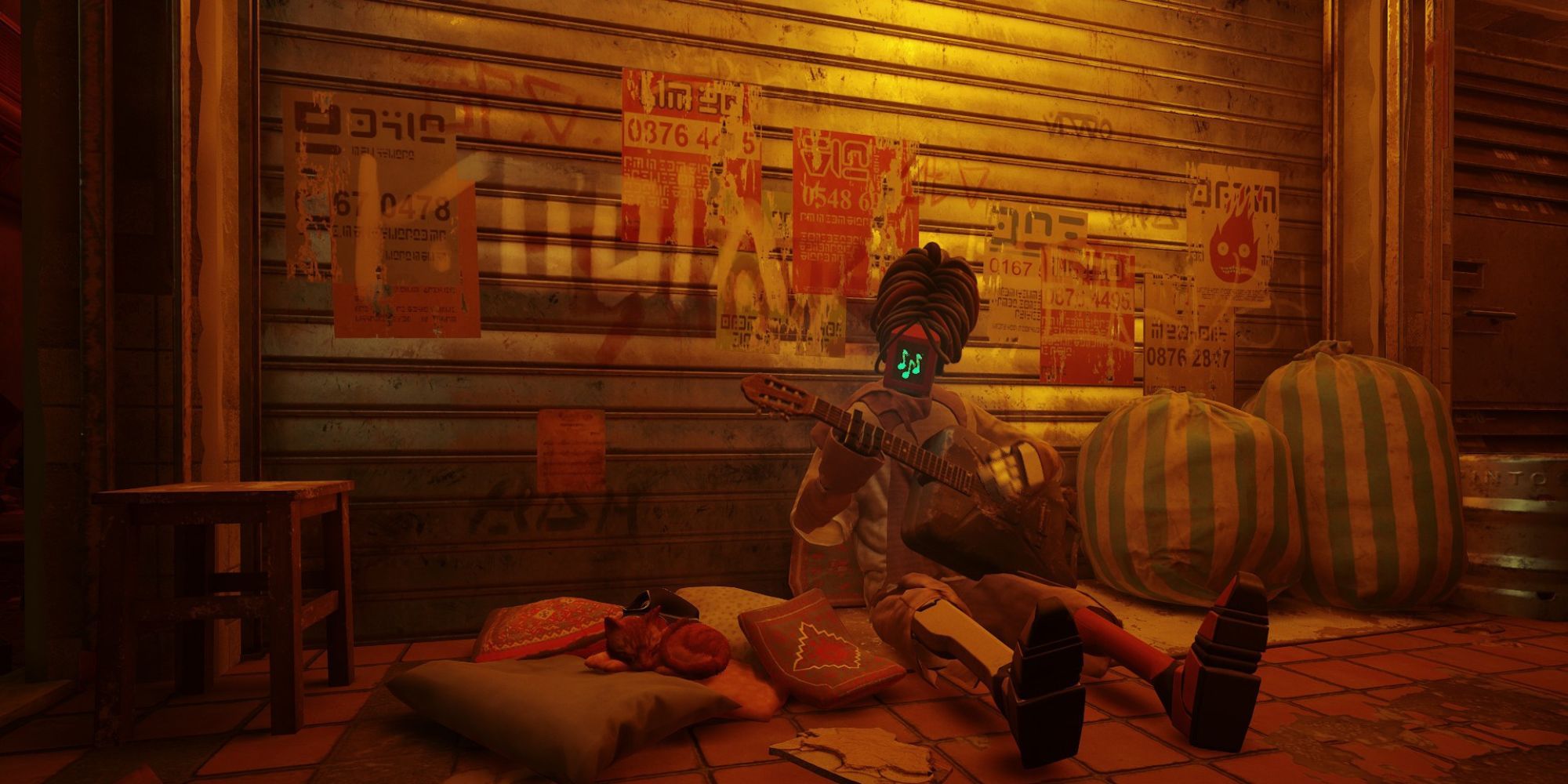 Morusque can play a song called “The Way You Compute Tonight”, which has a title much like the timeless love song, The Way You Look Tonight. If you listen to it, though, it is very much in tune with the Spider Dance from Undertale. Though some notes are distinctly different, the melody and chord progression is very much reminiscent of Muffet's theme. 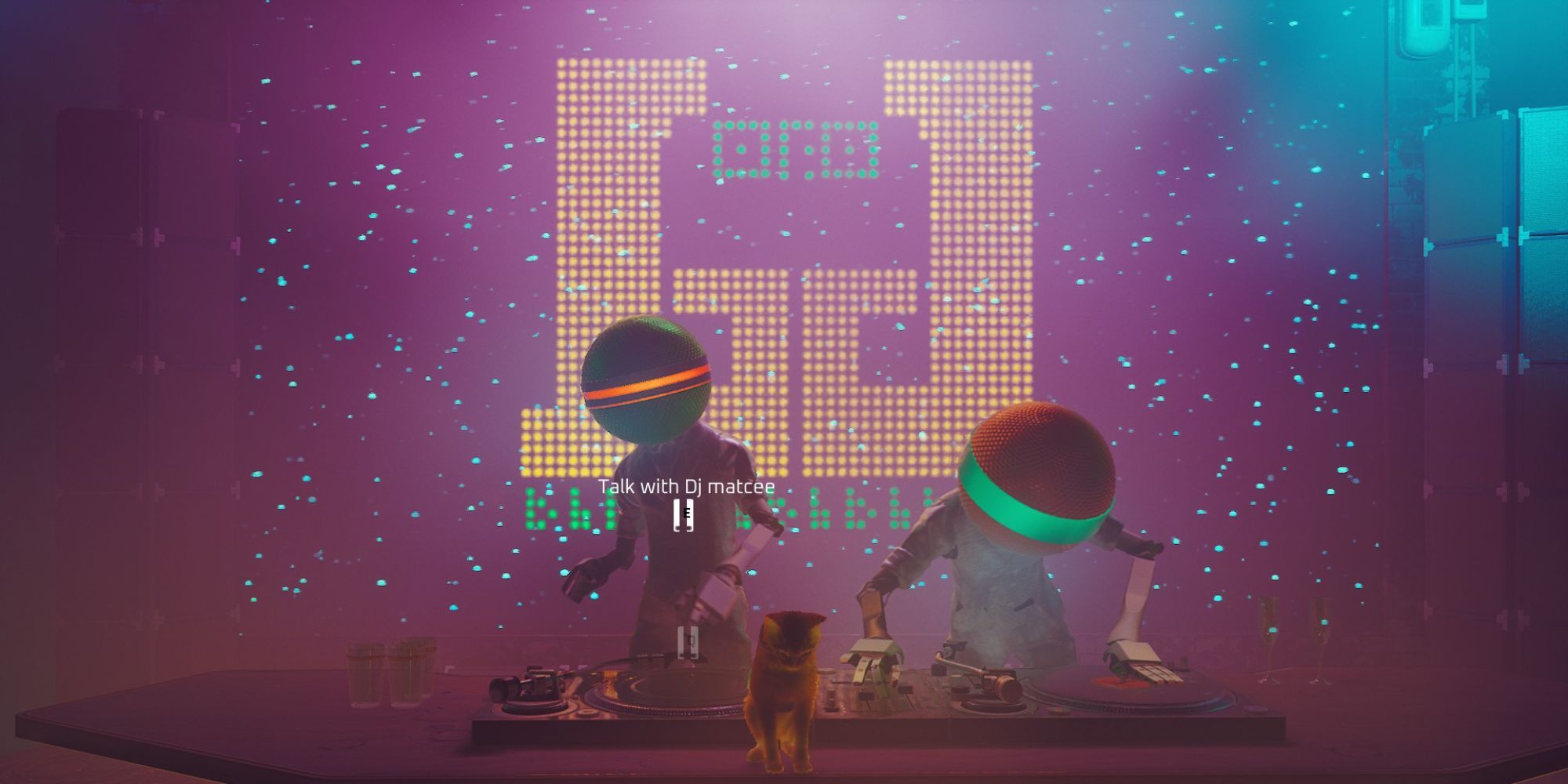 Direct your attention to the main act playing at the Nightclub in Midtown, and you’ll find DJ matcee and his partner performing by the turntables.

They have helmet-shaped heads that seem to emulate the look of the iconic electronic music duo Daft Punk. You can even play on the record if you bring it to them. Raise those cups to the stars.