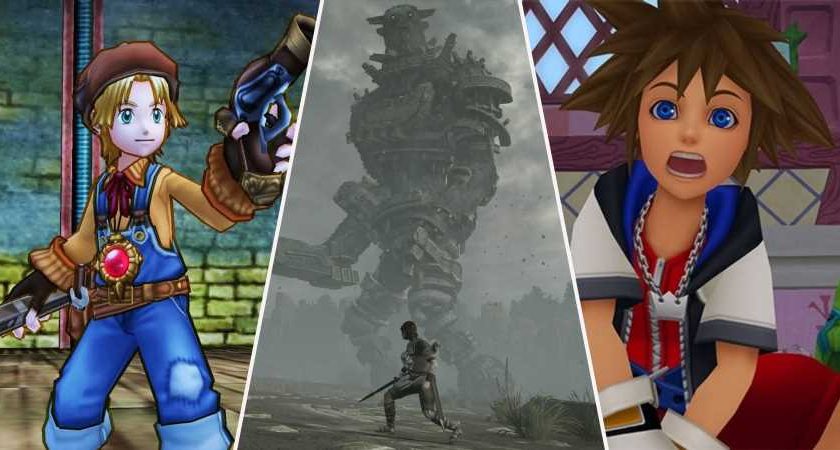 The PlayStation 2 was one of the biggest console releases of all time, bringing forth the next generation of gaming in a manner no one could’ve possibly imagined. The PlayStation was a great console in its own right, but the PS2 completely blew any expectations out of the water. The mere fact that it still stands strong as the highest-selling game console of all time should be proof enough of the legendary status of this console.

So, of course, it’s pretty much obvious that one of the biggest consoles of all time would also have a stellar collection of exclusive titles that propelled its sales as well. PlayStation was no stranger to this dynamic, featuring some of the best video game titles of all time. To put this statement into context, we’ve picked and chosen some of the best exclusive games to ever grace this console with their presence.

Updated January 4th, 2021 by Meg Pelliccio: The PS2 originally released in 2000 and was still being manufactured until 2013, making it popular even past the release of its successor, the PS3, and one of the longest lifespans of a console to date.

Considering its lengthy lifetime, it’s no wonder that there was a whole host of great releases for the PS2, some of which were so good they have since been re-released as remasters for later generations of consoles. We’ve picked out more of the best ever PS2 games that were ever released and ranked them below. 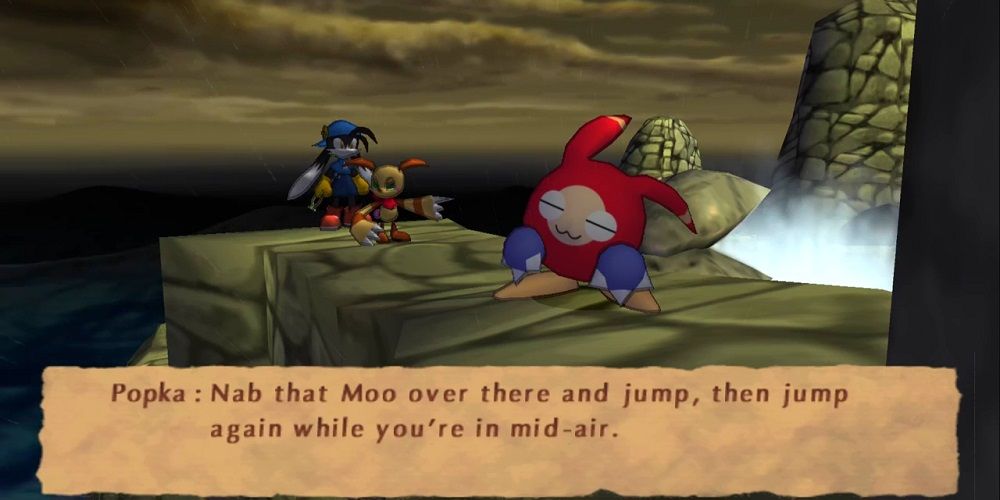 Klonoa 2: Lunatea’s Veil released in 2001 for the PS2 as a direct sequel to Klonoa: Door to Phantomile, which had released on the PS1 in 1997. This game featured stunning 3D graphics and is arguably one of the best platformers available for PS2.

Though many fans consider the sequel to have a weaker storyline than its predecessor, its improvements in graphics, soundtrack, and gameplay see that Klonoa 2 is often lauded as the better title. 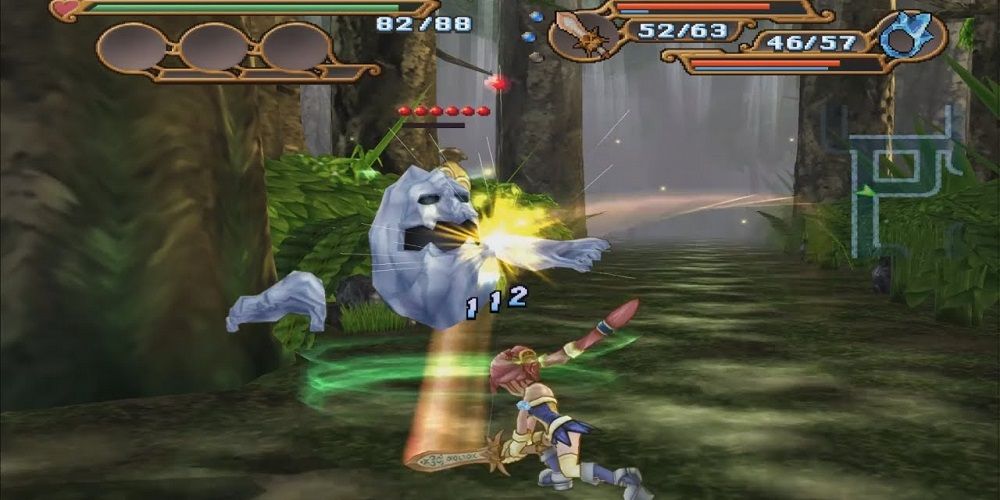 Dark Cloud 2 (Or Dark Chronicle as it was called overseas) released in 2003 as a spiritual successor to Dark Cloud, which also released for the PS2 a few years prior in 2000. Both games rate among the very best of what the PS2 had to offer, but the sequel was the superior game.

The game features procedurally-generated dungeons, hack and slash combat, crafting, fishing, and more — offering a rich gaming experience with plenty to do. Players switch between two characters, Max and Monica, throughout the game, both of which have different play styles. 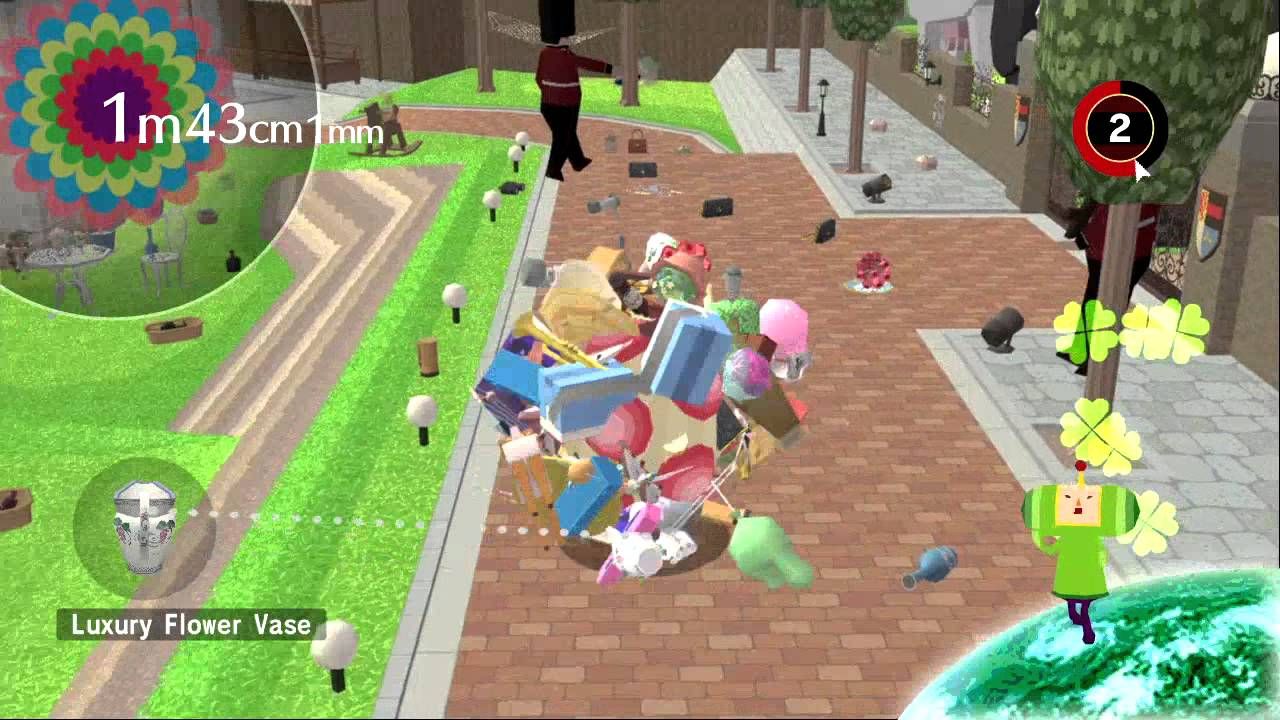 One of the weirdest games on this list? Sure, we can agree to that. However, that’s a small price to pay for listing what is definitely one of the most unique gaming experiences one can expose themselves to.

The unique gem of a title that is Katamari Damacy puts you in the shoes of the Prince of the Universe as he has to roll up random objects into stars. Yes, the game is as ludicrous — and as fun — as we’re making it sound. The game was later re-released as Katamari Damacy REROLL and is available for PS4, Nintendo Switch, Xbox One, and PC. 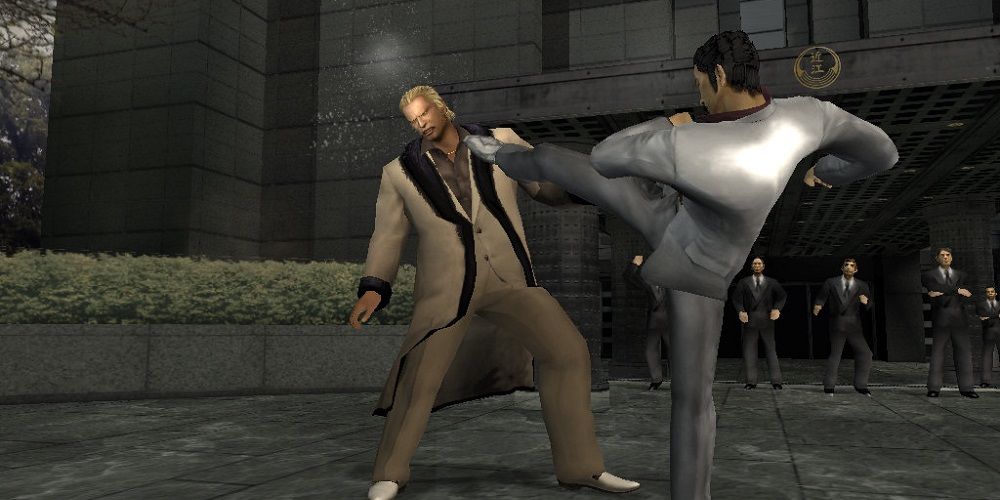 The Yakuza franchise had two titles that released on the PS2, and though both were great, it was Yakuza 2 that was the better of the two. Sega ensured that the sequel was even better than the first by improving both the fighting mechanics and story elements.

Though the Yakuza games were originally Sony exclusives, they are now available on multiple formats and the Yakuza Remastered Collection is currently on PS4 and is due to release on Xbox One and PC later this month. 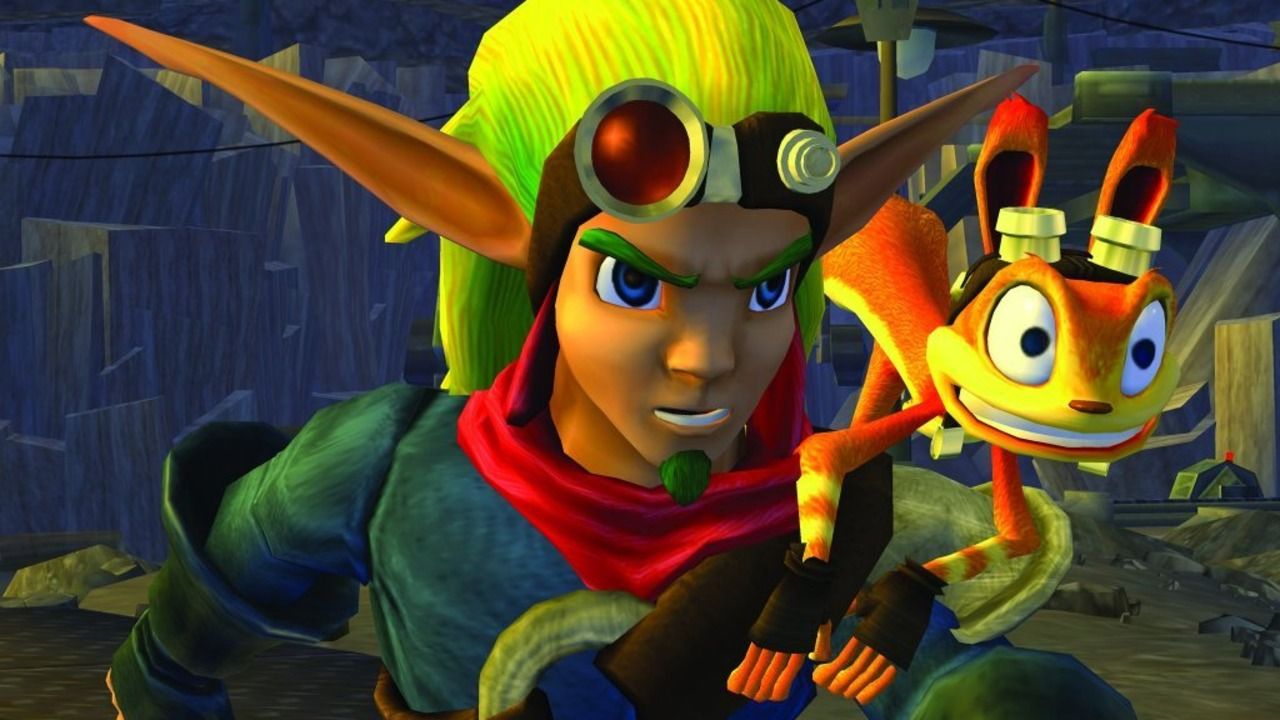 Before Naughty Dog became the giants they are known as today and crafted what just might be some of the most refined and finest single-player games around, they had other brilliant IPs under their belt as well.

One such IP was Jak & Daxter, with Jak 3, in particular, being one of the highlights of this series. The game was the perfect definition of a sequel, building upon everything that made the previous games so beloved in the first place.

10 Ratchet & Clank: Up Your Arsenal 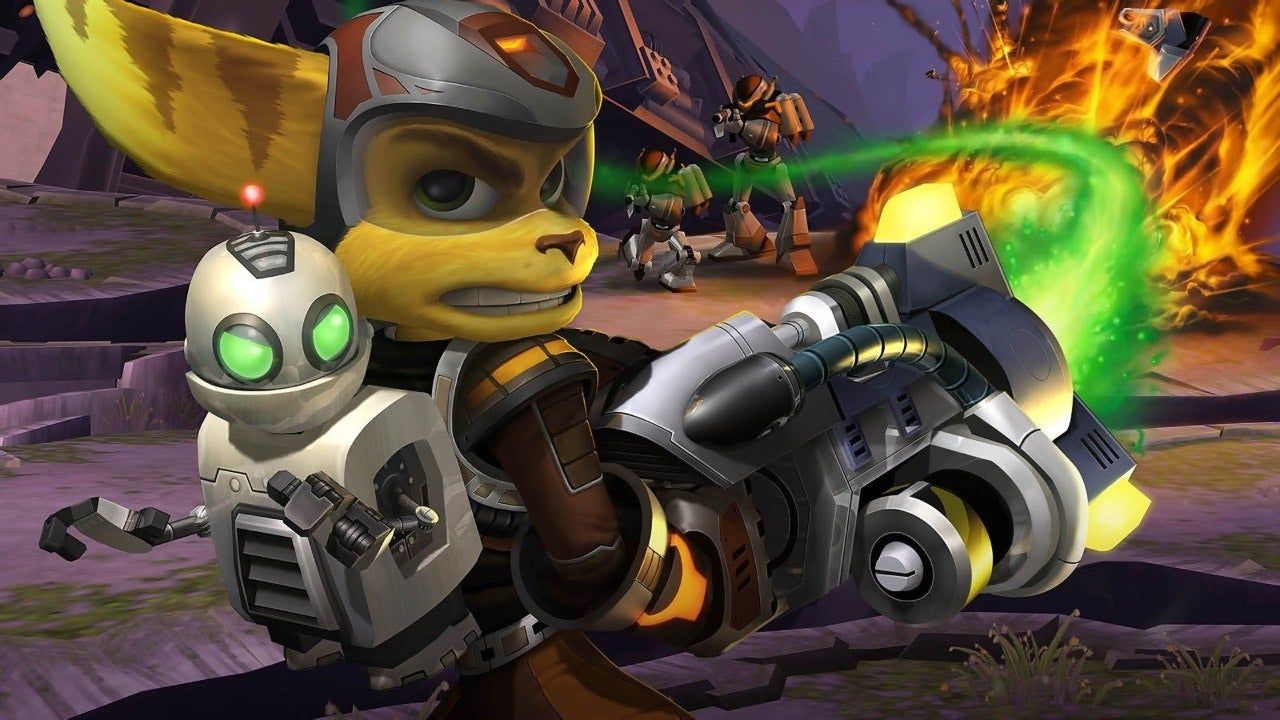 Does one really need to clarify why Ratchet & Clank has made this list? To be very honest, most of the games of this series that were released on the PS2 could’ve made it, but the honor rightfully goes to Ratchet & Clank: Up Your Arsenal.

Featuring crazier levels and ever crazier weaponry, the action of Ratchet & Clank was second to none when it was released in 2004. Gamers had never seen anything like it, making for an excellent gaming experience that few games have matched. 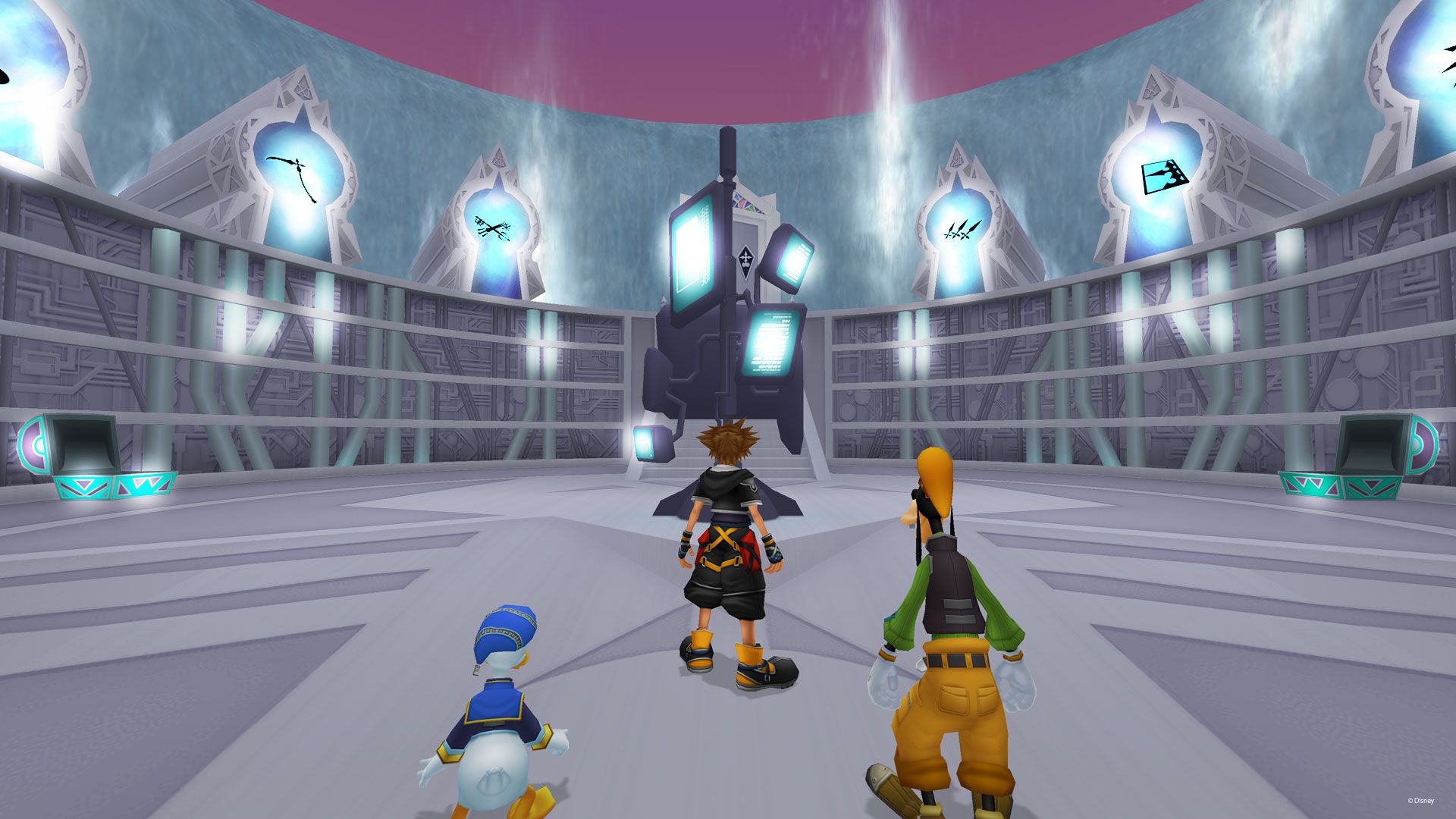 The sequel to the absolute extravaganza that was Kingdom Hearts definitely didn’t disappoint fans, bringing us the second chapter of Sora’s adventure in a magical world that is still quite odd to witness to this day.

The mere fact that Final Fantasy and Disney could ever have a crossover is still quite unbelievable to this day, and yet it somehow worked. Too bad Kingdom Hearts III was a bit of a bummer in the end. 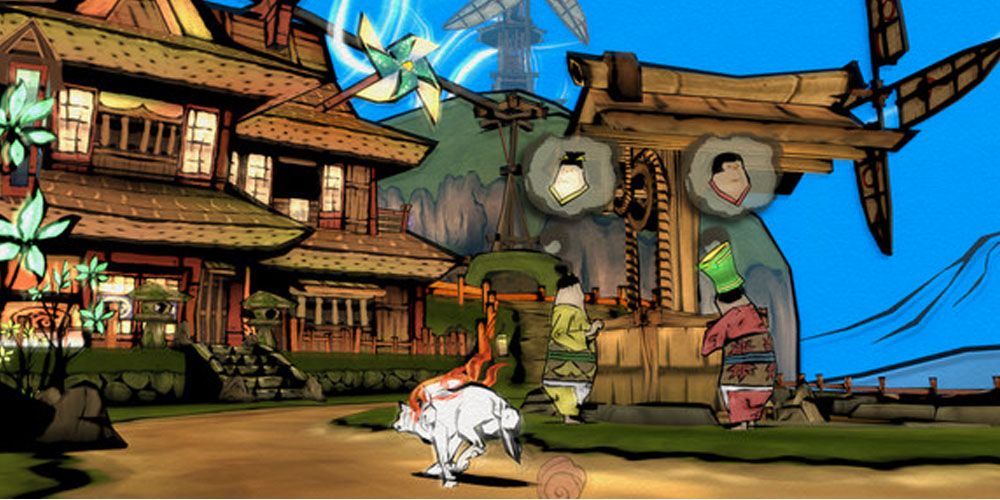 Since we’ve already talked about unique gaming experiences, how could we forget to mention one of the most artistic and bold titles on the PlayStation 2?

It’s a darn shame that Okami tanked upon release since the game sported exactly what most AAA games of today lack — innovation. It’s amazing how a simple paintbrush mechanic could lead to such incredibly varied gameplay! 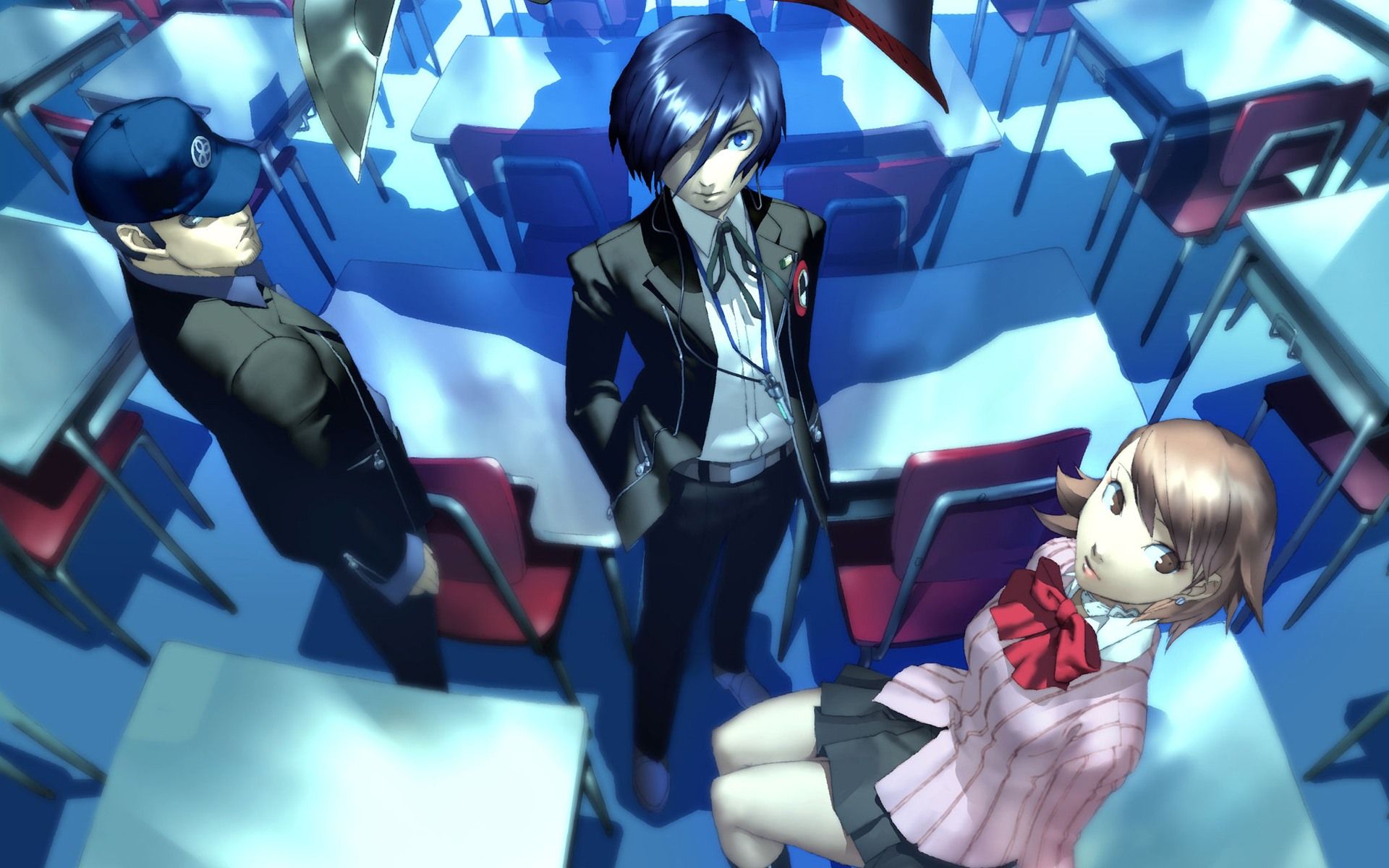 Choosing between Persona 3 and 4 was honestly one of the hardest parts of writing this list. However, the honor goes to the former, although that takes nothing away from the amazing quality of Persona 4, a great game in its own right.

In our opinion, the mature story and the sheer bonkers manner in which people summoned their Personas edged the third title in the series to this glorious spot. 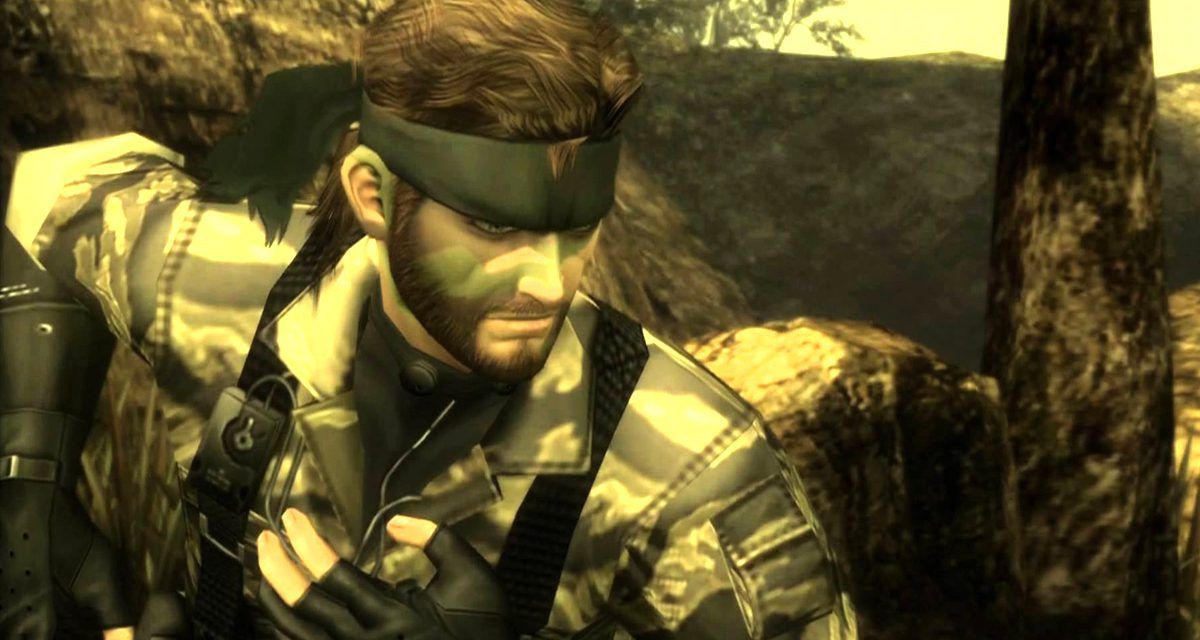 Hideo Kojima’s wacky mind gave birth to what is definitely one of the best gaming series of all time, combining all the major conspiracy theories possible into one cohesive bucket. The game in question that we’ve listed is none other than Metal Gear Solid 3: Snake Eater.

While MGS1 and 2 were definitely great games in their own right, it wouldn’t be a stretch to say that MGS3 is the entire reason why Kojima’s genius became mainstream in the first place. 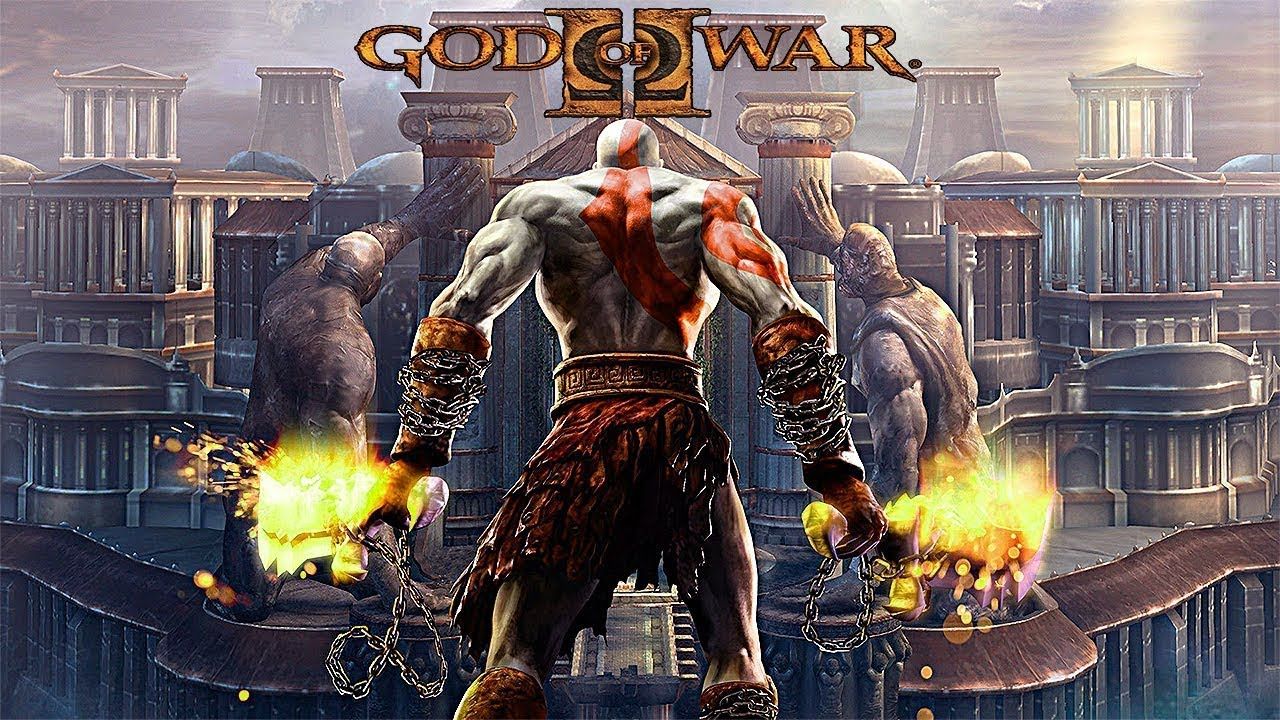 The reboot of God Of War on the PlayStation 4 was a return to form for a long-dormant Kratos. However, let’s not forget the original series that made this character a household name in the first place.

The God Of War trilogy is definitely one of the greatest gaming trilogies of all time, and the award for the best game in said trilogy definitely goes to God Of War 2. Excellent combat, well-placed platforming sections, puzzles that wracked one’s brain but were never overbearing, and bombastic boss battles made this game a sight to behold — whether on the screen on or one’s shelf. 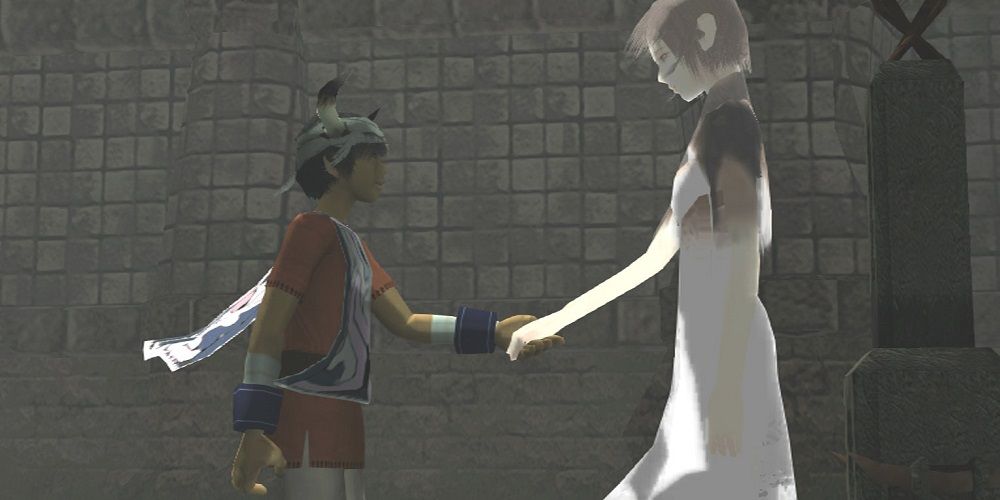 ICO landed on PS2 in 2001 and wowed audiences with its touching storyline, emotive music, stunning graphics, and exceptional puzzles. Since its release, the game has become a cult classic and so it’s only natural that it is one of the best PS2 exclusives of all time.

Players take on the role of Ico, a young boy who was ostracized by his people for being born with horns. Ico is locked away in an abandoned fortress that players get to explore, and it is here that he meets Yorda, the daughter of the Queen whom Ico hopes to save from her sad fate. 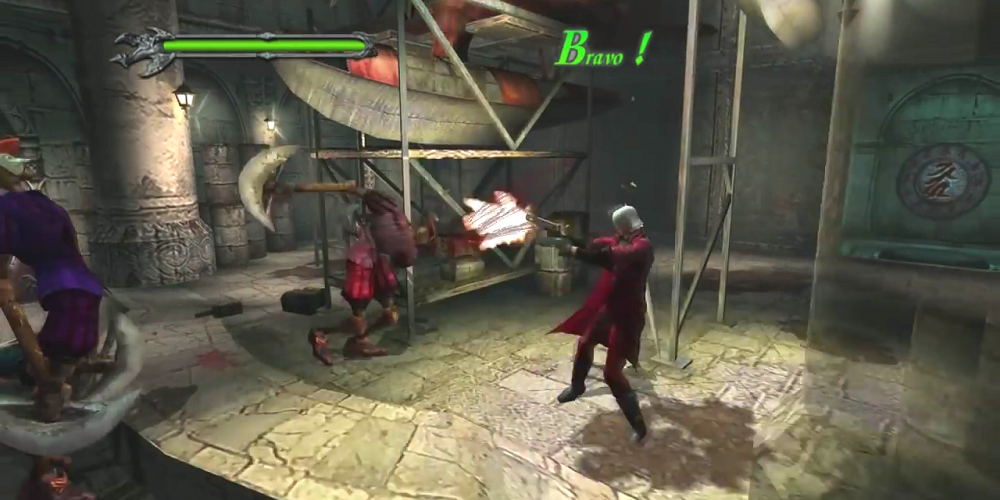 Devil May Cry released in 2001 to critical acclaim and the series has gone on to have several sequels and built a large fan following. The most recent release was Devil May Cry 5, which launched just last year and was also very positively received.

The first game introduced fans to Dante, a private investigator/demon hunter who seeks to get revenge for the loss of his family and ultimately must take on the demon lord known as Mundus. The game takes inspiration from and references to The Divine Comedy.

2 Shadow Of The Colossus 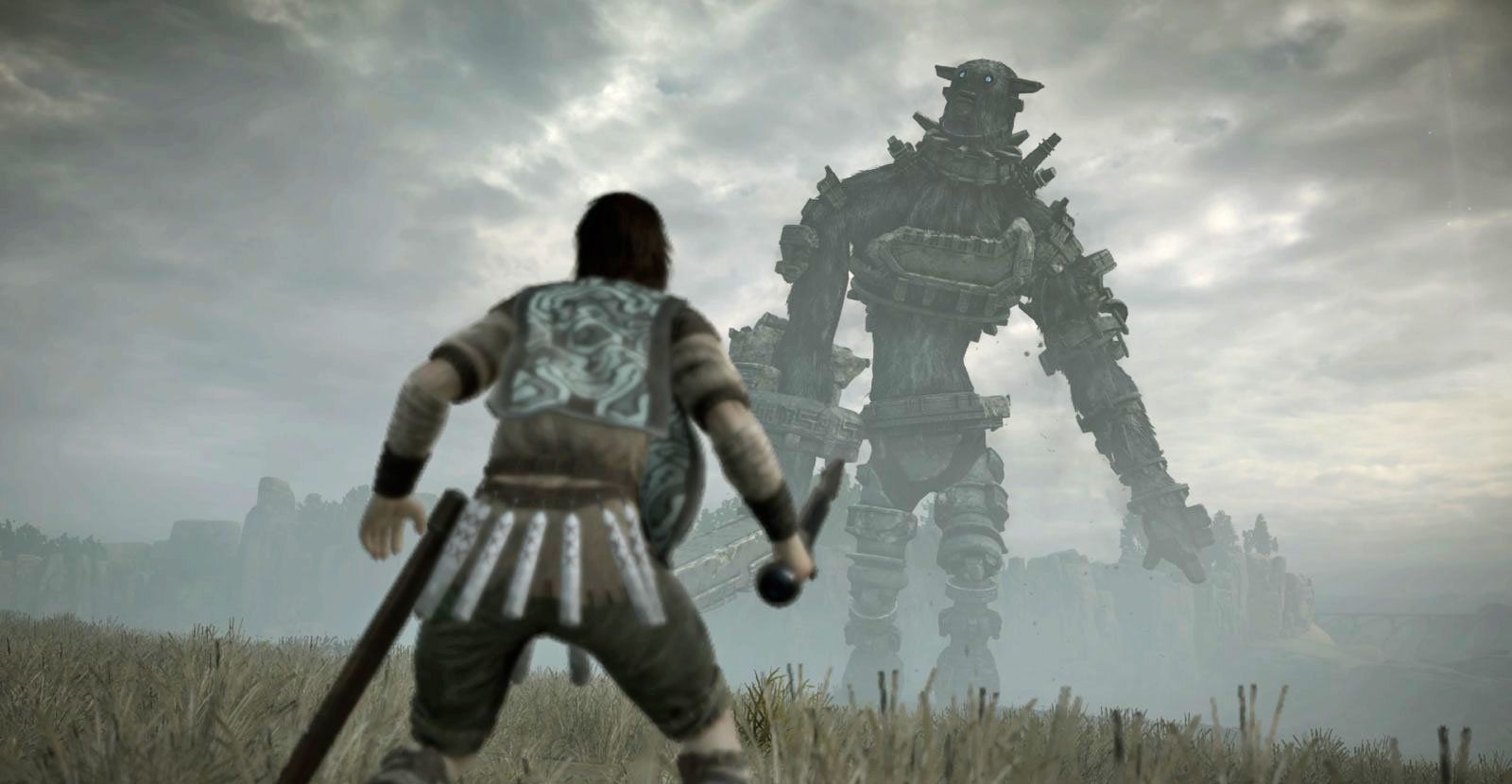 Shadow Of The Colossus is a gaming experience that is hard to describe. There’s not a single normal enemy in the game, with the player having to engage in boss battle after boss battle with 16 imposing and awe-inspiring colossi.

We’re glad that this game was faithfully recreated for the PS4 since new gamers could finally get to experience what is definitely one of the best gaming experiences of all time. It was made by the same team who gave fans the wonderful ICO. 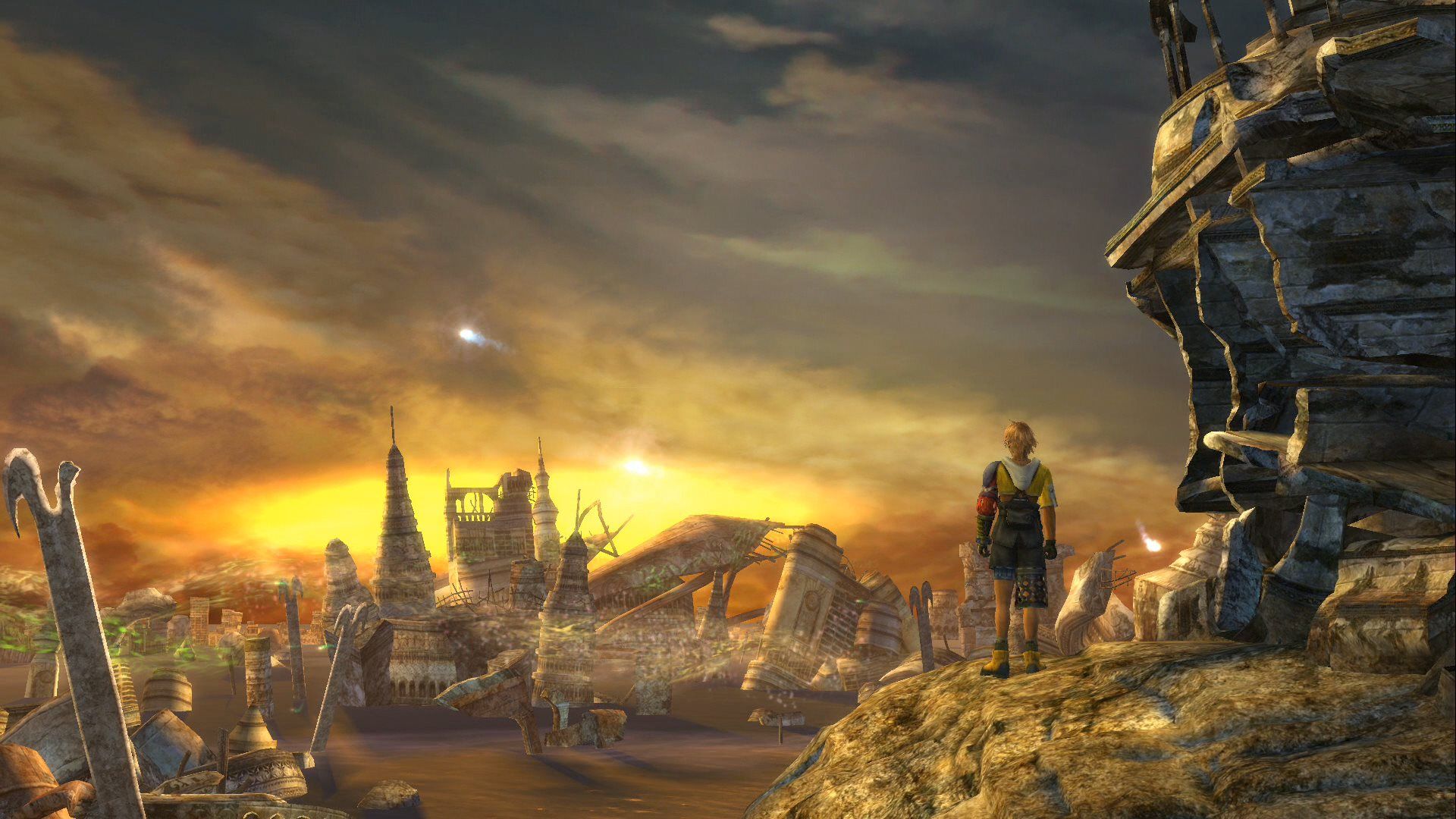 The Final Fantasy series is undoubtedly one of the best gaming series of all time and is considered by many to be the grandaddy of JRPGs as we know it. It’s easy to see why this is the case — after all, the series has made a reputation for being the go-to series that anyone would mention while talking about the JRPG genre.

Final Fantasy X was the first game in the series that was made for the PS2, and the last in the series that was made by Squaresoft before Square split and merged with Enix instead. The game is nothing short of a magical experience, featuring excellent gameplay and a heartwrenching story that still gives us goosebumps when we recall it to this day.

NEXT: The 10 Most Annoying Playable Final Fantasy Characters, Ranked By How Much We Didn’t Want To Use Them 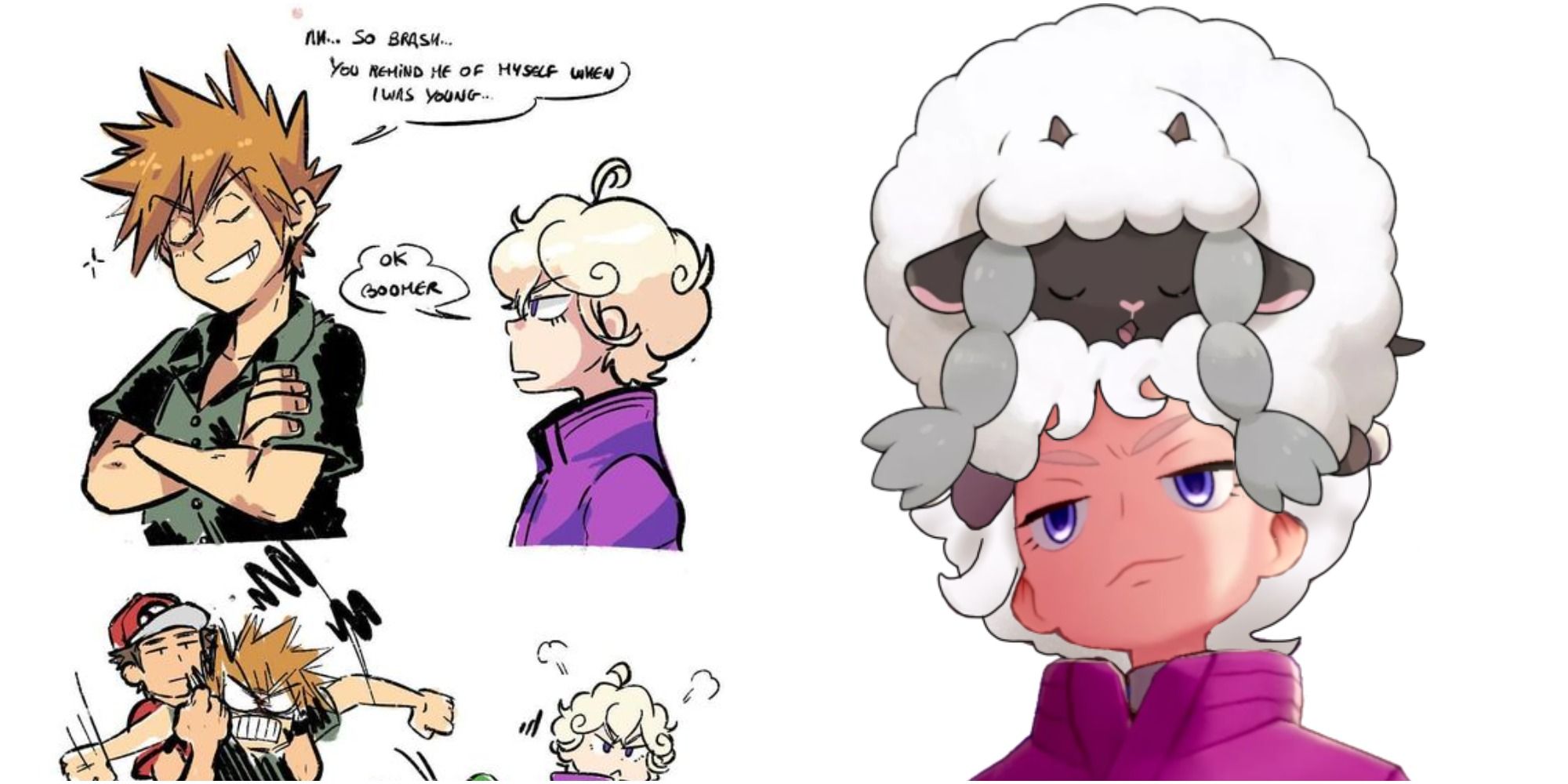 Games, music, TV shows, movies, and a little bit of everything that falls under the umbrella term of pop culture.