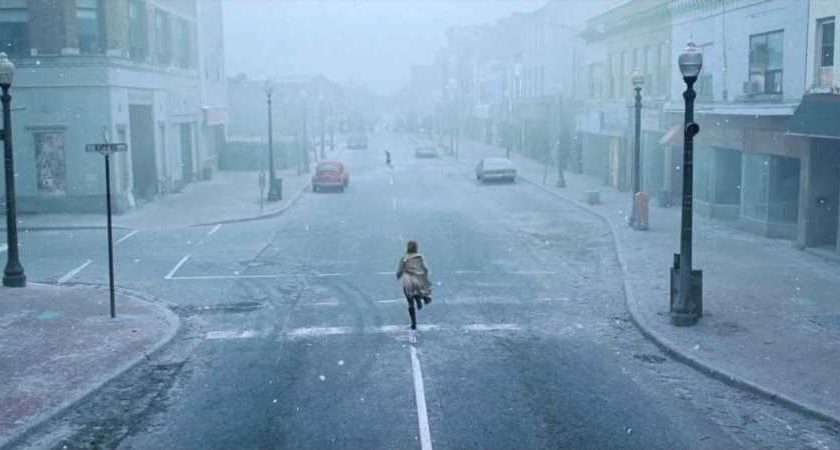 As one of the most popular and most formative survival horror franchises in video game history, alongside its contemporary Resident Evil, the Silent Hill games have spooked gamers since its first release in 1999. Taking place primarily in the titular city of Silent Hill, this resort town has grown to encompass many disturbing locations.

Each area has been masterfully constructed to produce the most fear and dread from players, pitting their usually average everyday hero against the darkness and monstrosities lurking around every corner. The town taps into deep psychological fears, reshaping itself to take the form of a character's worst nightmares and giving us brand new nightmares as we remember some of the scariest places throughout the franchise.

Updated on May 20th, 2022 by Geoffrey Martin: Horror games can often live or die by their overall aesthetics, presentation, and sense of place. The Silent Hill series remains a top contender in the psychological and survival horror genres due to its incredible locations. Many locations in this series are dripping with a foreboding atmosphere, ready to lull you into a fall sense of serenity before opening the floodgates of fear. Not every entry in the long-running series has the same purposeful sense of atmosphere, however, most games at least have one or two iconic locations for players to explore. This list is being fleshed out to include a couple more top-notch locations. 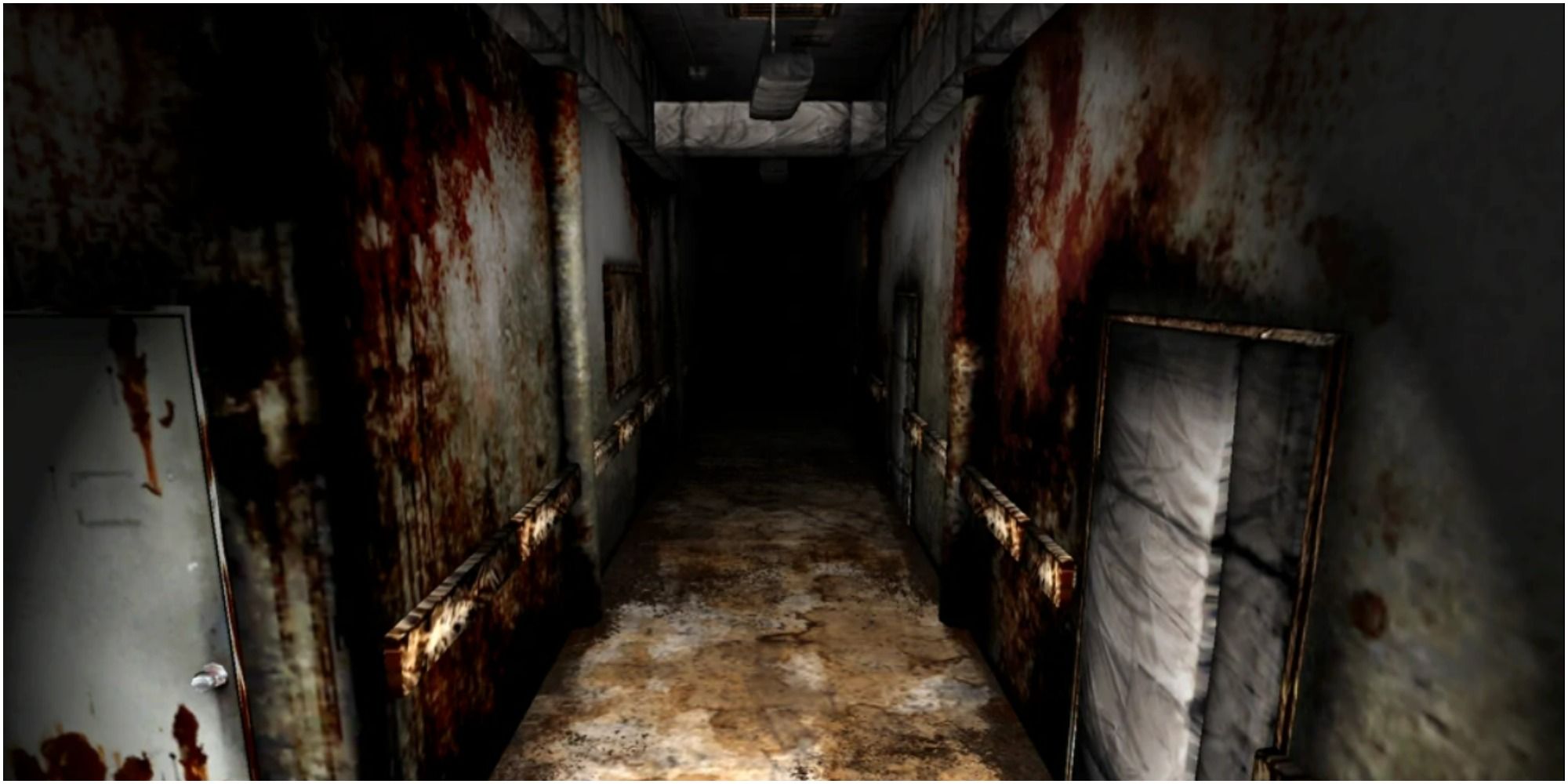 The Otherworld, otherwise referred to as the Otherside, is one of those deeply iconic and incredibly harrowing locations that is prevalent all throughout the Silent Hill franchise, even if it does take on different forms and styles. This location that seemingly exists between worlds and realities is a hellish landscape of grungy, dilapidated steelwork, pipes, rotting walls, and plenty of other spooky materials.

More specifically, the Otherworld in Silent Hill 2 and Silent Hill Homecoming are easily two of the best iterations of this infamous location. The Otherworld is essentially a nightmare realm where, in these game's cases, are mind and soul prisons for James Sunderland and Alex Shepherd, respectively. Filled to the brim with evil monstrosities and off-putting imagery, a walk through the Otherworld is a thing of nightmares. 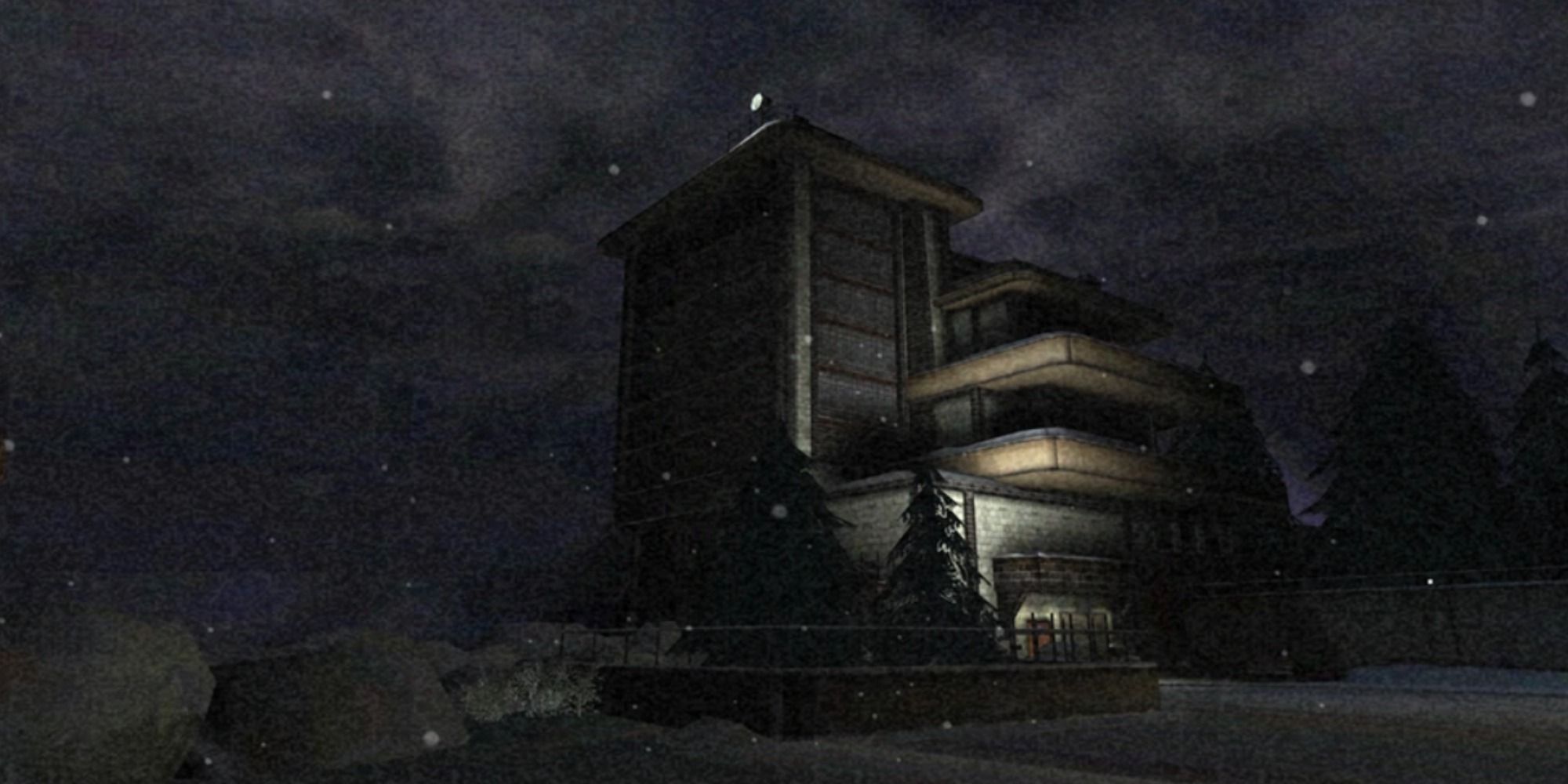 The Lighthouse from the original Silent Hill, Silent Hill 4: The Room, and Silent Hill: Shattered Memories isn't a very well-known location, however, its mystique actually heightens its spook factor. The first Silent Hill features this game as a special location for characters Harry Mason and Alessa Gillepsie. It ends up playing a central role in the Otherworld part of the original game.

Silent Hill: Shattered Memories prominently features the Lighthouse towards the end of the game and although not as terrifying as many other Silent Hill locations, it hides a sense of darkness and mystery. Even Silent Hill 4: The Room highlights this location with some black and white photos that protagonist Henry Townshend has in his apartment, Room 302.

10 The Streets Of Silent Hill 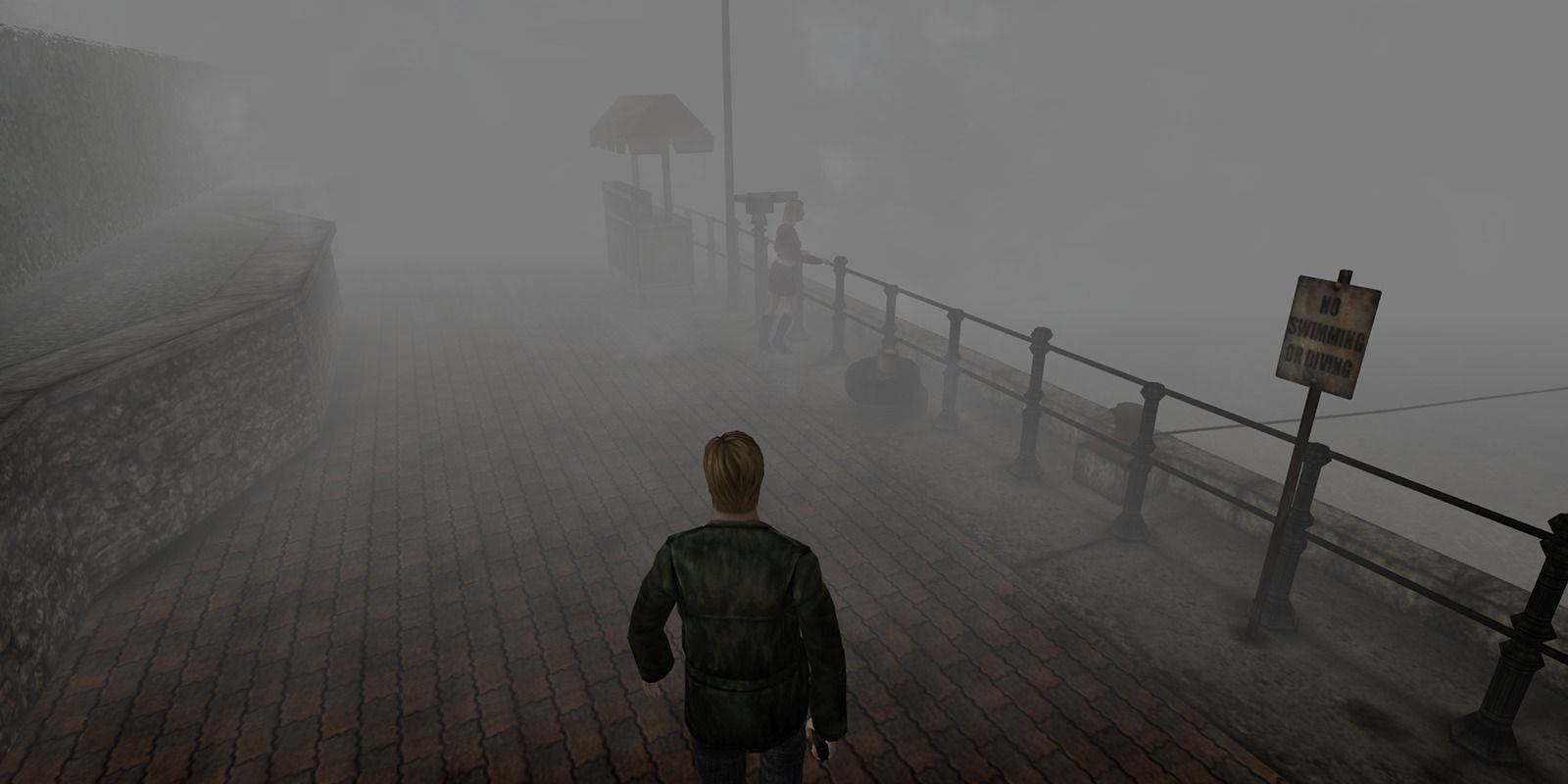 Sure, our main characters get thrust into a lot of horrible places as they make their way through Silent Hill, but the roads of the town itself are no picnic either. Shrouded in the franchise's iconic thick fog or else covered in darkness, just navigating from one dungeon to another can be a harrowing experience.

Though the fog was implemented in the first game due to hardware constraints, it's become an important part of Silent Hill's aesthetic. It just wouldn't be the same if you didn't see vague shapes shambling and lurching out of the pale mist in search of your blood. 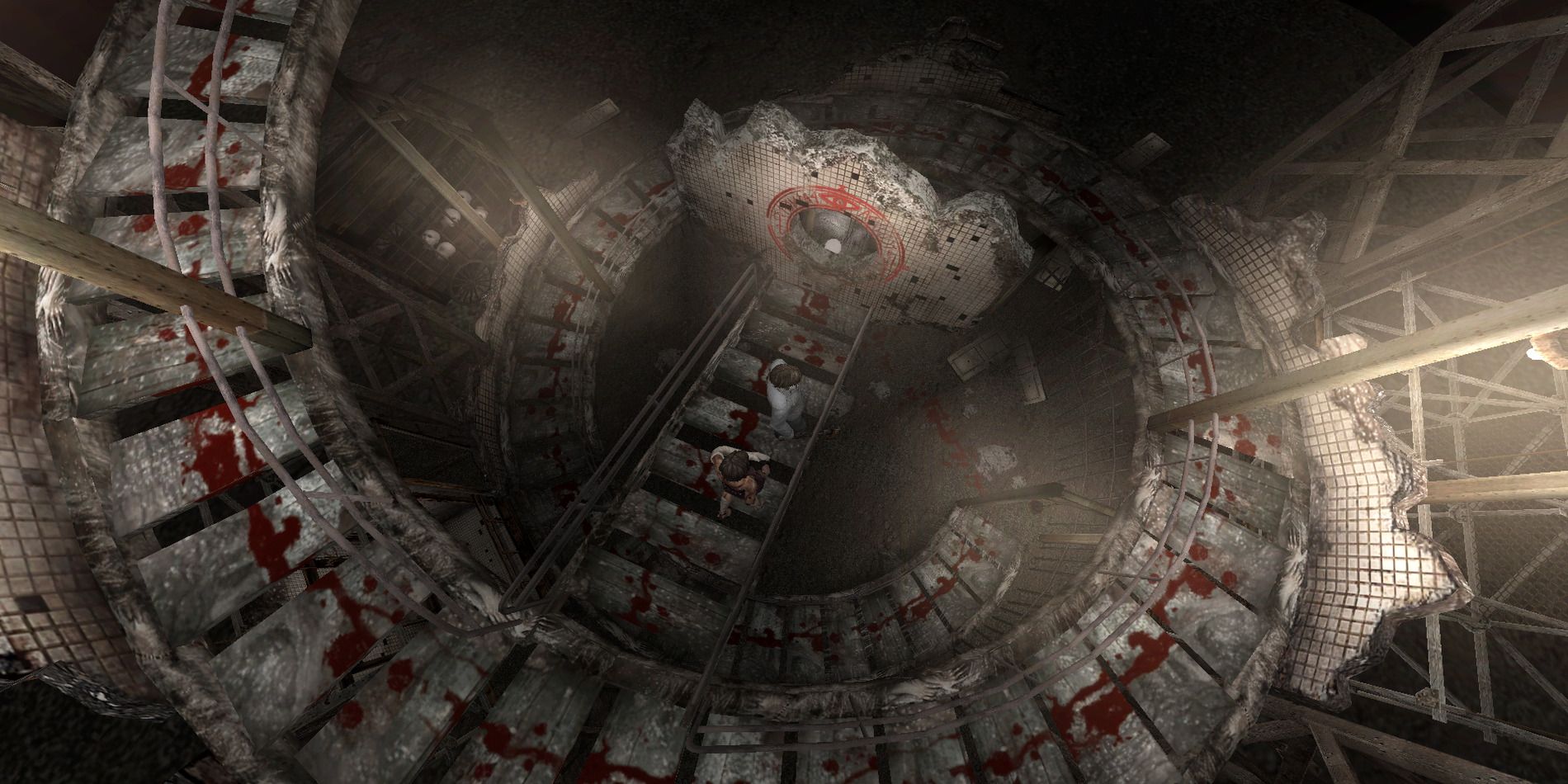 Silent Hill 4: The Room is a bit of a weird entry in the franchise since you travel to a lot of different locations through the hole that opens up in Henry Townshend's bathroom (see? weird). But the Water Prison is probably the most unusual place you'll visit over the course of the game. The subway system, spooky forest, requisite hospital, and… panopticon-style prison located in the middle of Toluca Lake?

Not to mention it's a prison primarily used for orphaned children who disobeyed the rules of the Order. It's a gruesome place with a mechanism that rotates several of the floors, primarily used to dispose of corpses. The corpses of orphans. Probably not a popular spot for Silent Hill's tourism board. 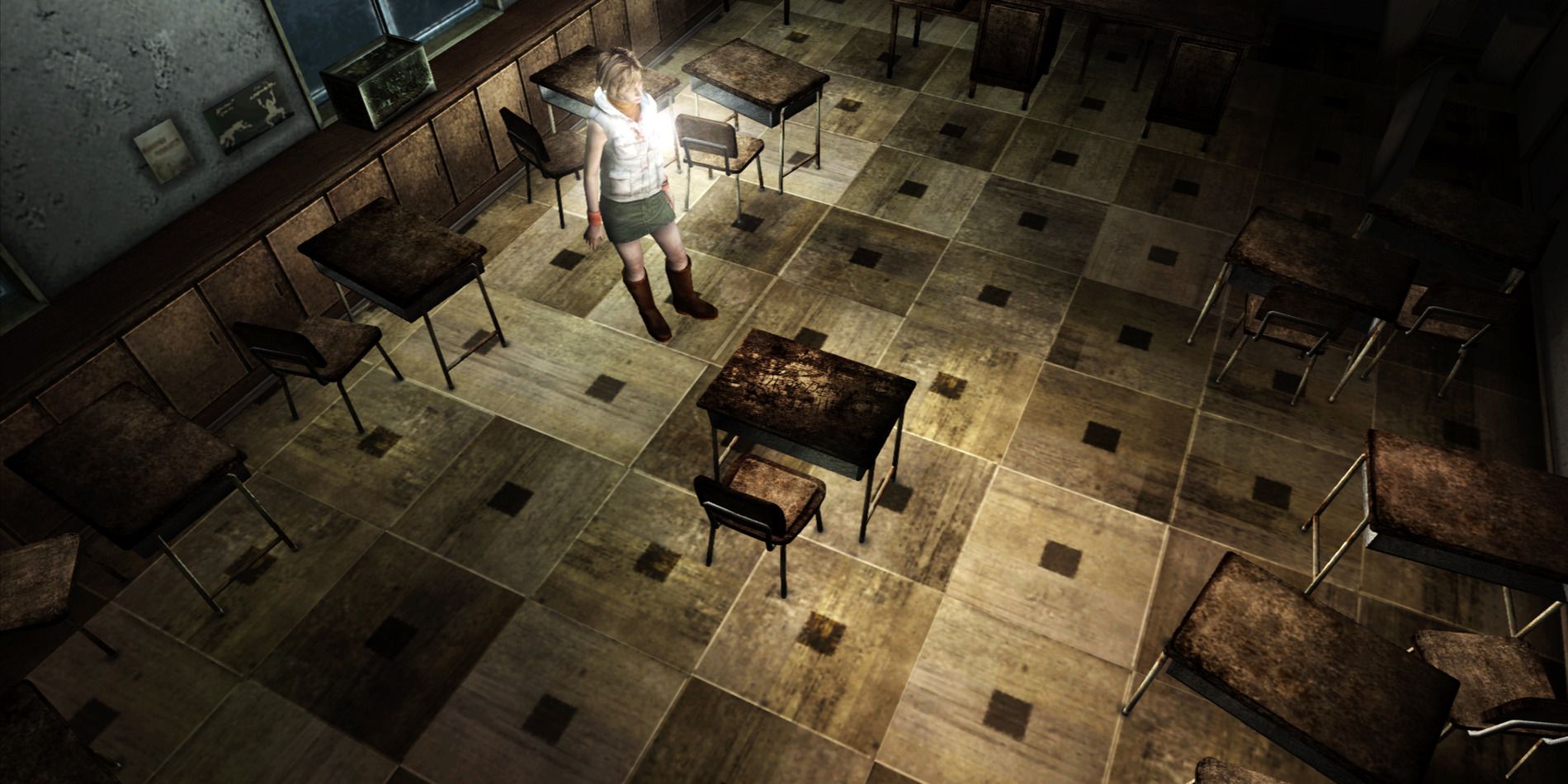 Midwich Elementary School has the honor of being the first dungeon Harry Mason encounters in the original Silent Hill, meaning it was a lot of players' introduction to the horrors of the franchise. The Fog World version of the school isn't too bad, but it's still eerie and unsettling.

Then after Harry unlocks the clock tower, he emerges in the Otherworld School, which is rusty, bloodstained, and full of corpses. Like almost all the locations featured in Silent Hill, the school was a traumatic place for Alessa Gillespie, where she was tormented by her peers for being a "witch". 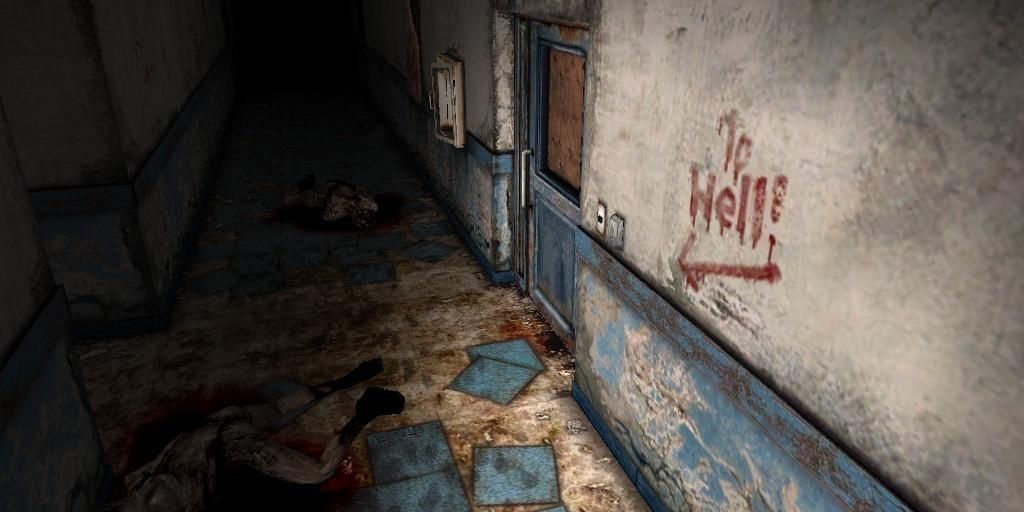 These two apartment complexes function as one larger dungeon, connected by a dangerously located fire escape door in Wood Side Apartments that opens onto a window into Blue Creek Apartments. This is the first important location James Sunderland discovers in Silent Hill 2.

It's where players have to learn to contend with the monsters in the series' typical dark and cramped environments, and also where we meet a lot of the other characters for the first time. Of note, this is the first place James will see his omnipresent judge and executioner, Pyramid Head. 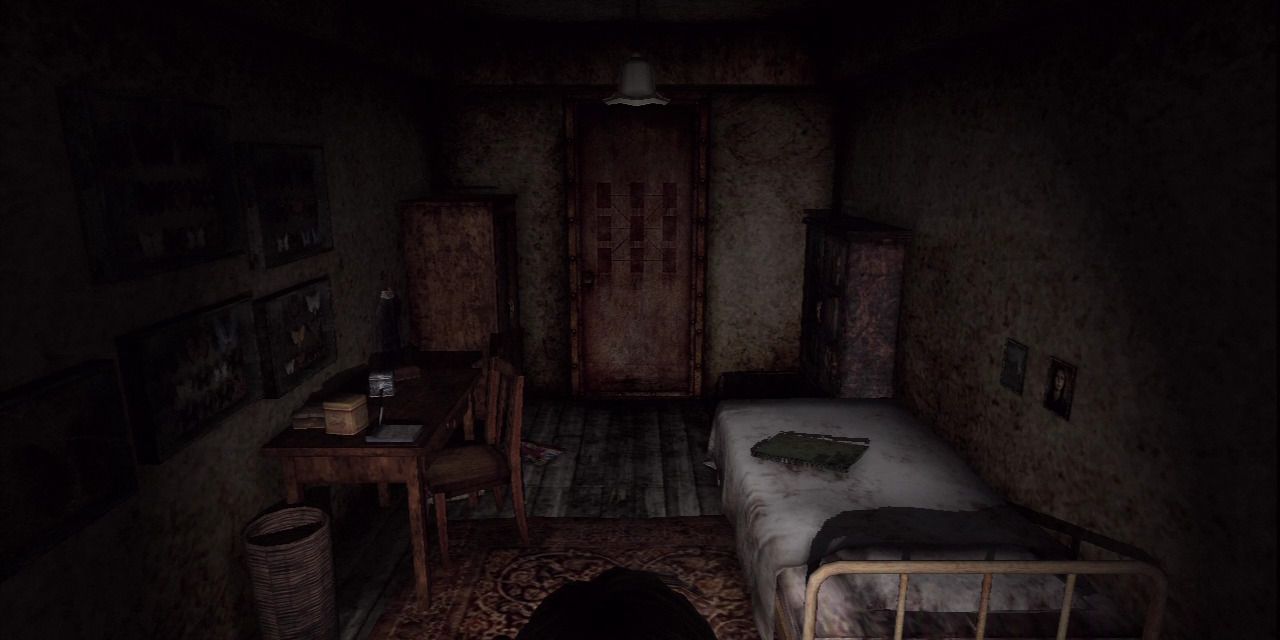 This is the final location in Silent Hill 3 and one of the places most corrupted by the Otherworld that bleeds into the town. You never actually see the outside of the Church, if it's a church at all since Heather enters it from underground, but it's mostly made up of a series of strangely disjointed corridors.

Your character is forced to draw most of the map herself, which contributes to the sense that you're now well outside the bounds of normal reality. It's thought to at least partially exist in "Nowhere", the final location of the original Silent Hill—a labyrinth born of nightmares. 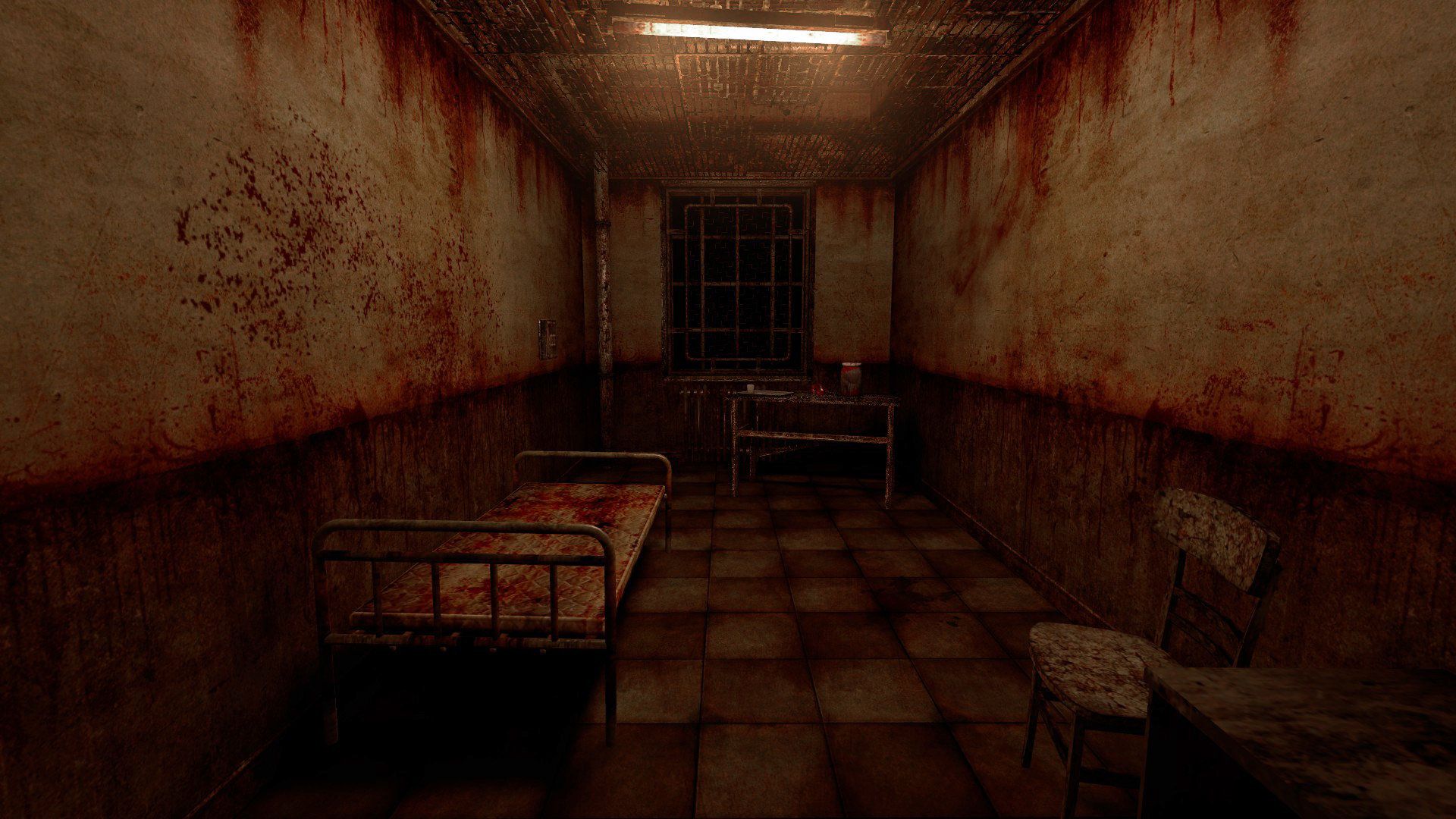 Hospitals have become such an iconic location in Silent Hill games that the small town has not just one, but two entirely separate medical facilities. Alchemilla General Hospital makes its first appearance in Silent Hill when Harry is directed there by Dahlia Gillespie.

Alchemilla boasts several charming features, such as a basement where Alessa was imprisoned for seven years and a 4th floor that doesn't actually exist, making sure players are off-balance as they pick their way through the Otherworld Hospital. The location was apparently considered scary enough to form the basis for the end-game location Nowhere. 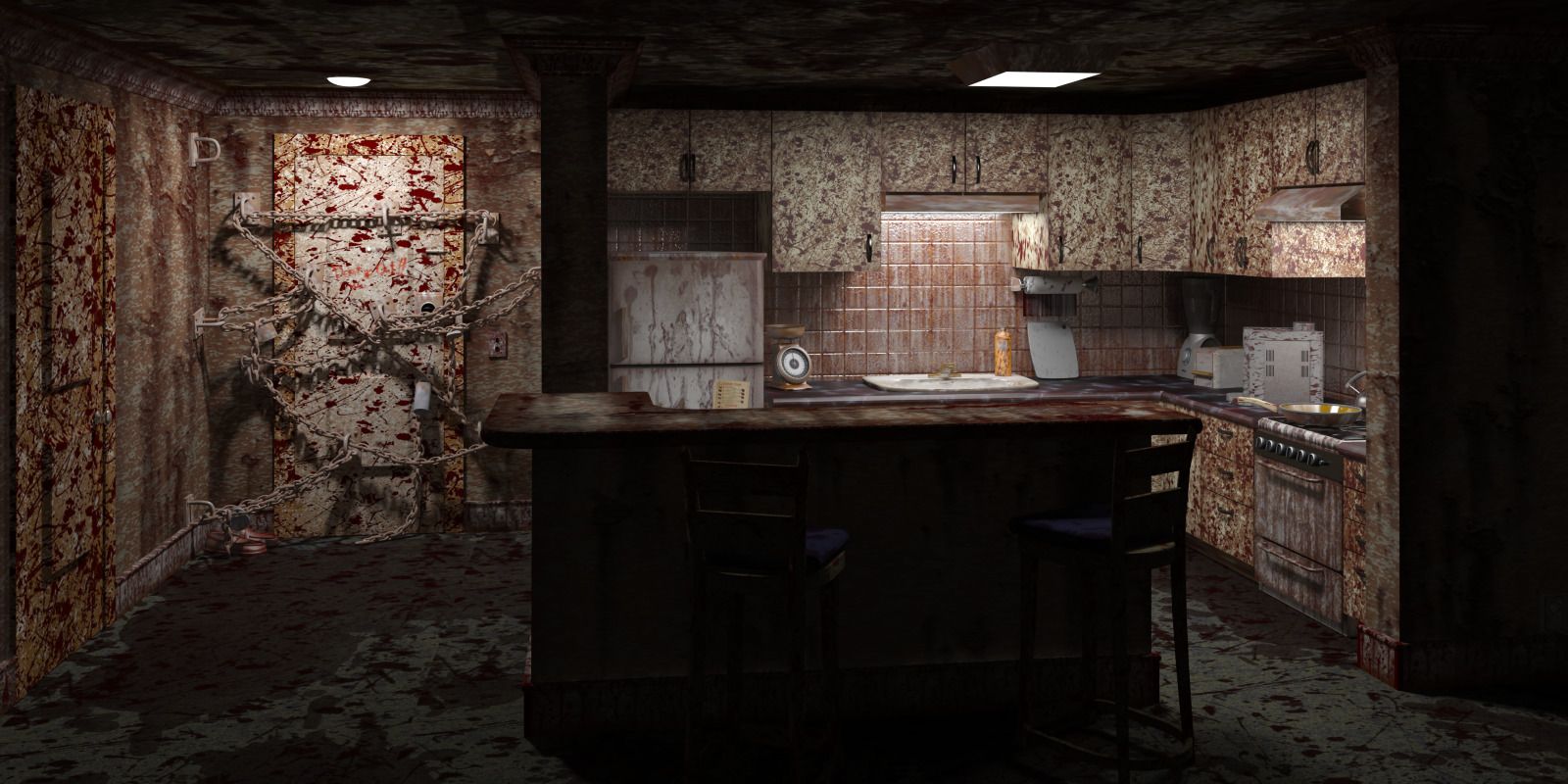 While this location isn't technically in the town of Silent Hill, it does play a very important role in Silent Hill 4: The Room. Not only is it Henry's apartment, where he suddenly finds himself trapped, but it was also the room the game's main antagonist Walter Sullivan was born in. Walter also thinks the room is his mother (like we said, weird).

At the beginning of the game, Henry travels between room 302 and a series of Walter's Otherworlds, and Henry can use the room to store items and regenerate health. Later in the game, the room itself becomes a source of fear as it becomes progressively more haunted, taking away your only safe place and putting further strain on your resources. 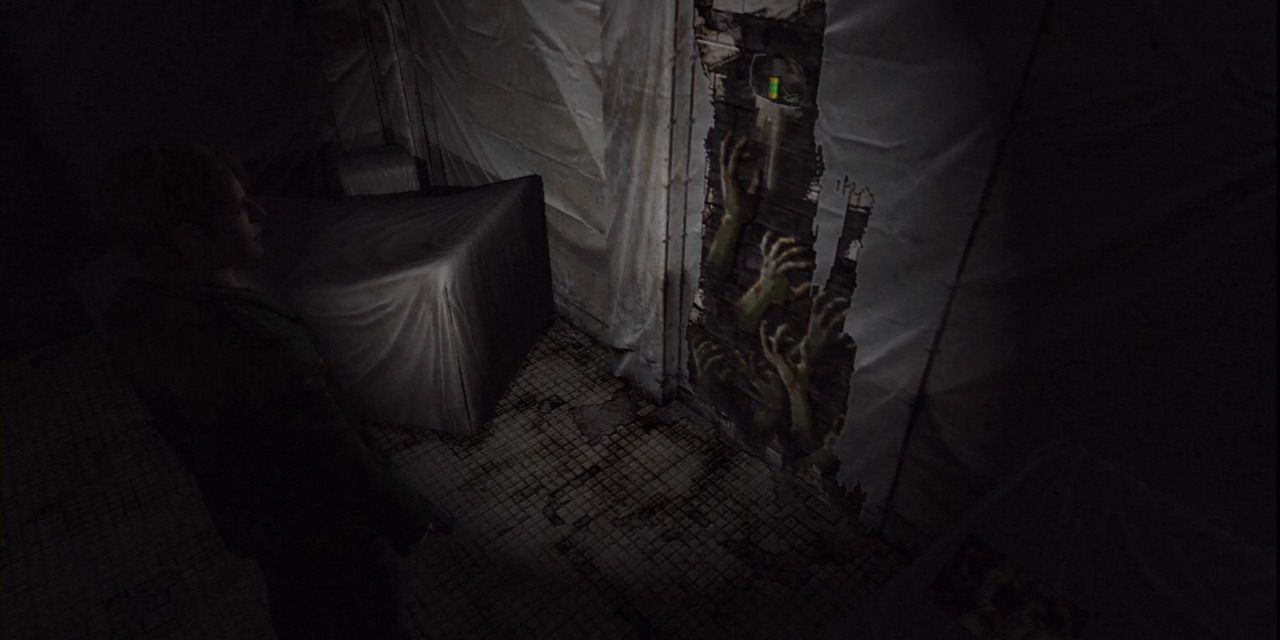 Silent Hill's second hospital, Brookhaven, specializes in mental health. So it combines all the horror staples of a hospital and asylum into one convenient package. This location is featured in Silent Hill 2 and 3, with both James and Heather subjecting themselves to the location because they're looking for someone; Laura and Leonard, respectively.

Of course, the rooms and corridors are crammed with creatures and puzzles that our heroes need to face before they can escape back into the questionable safety of the streets. Brookhaven has become one of the most memorable locations in the franchise. 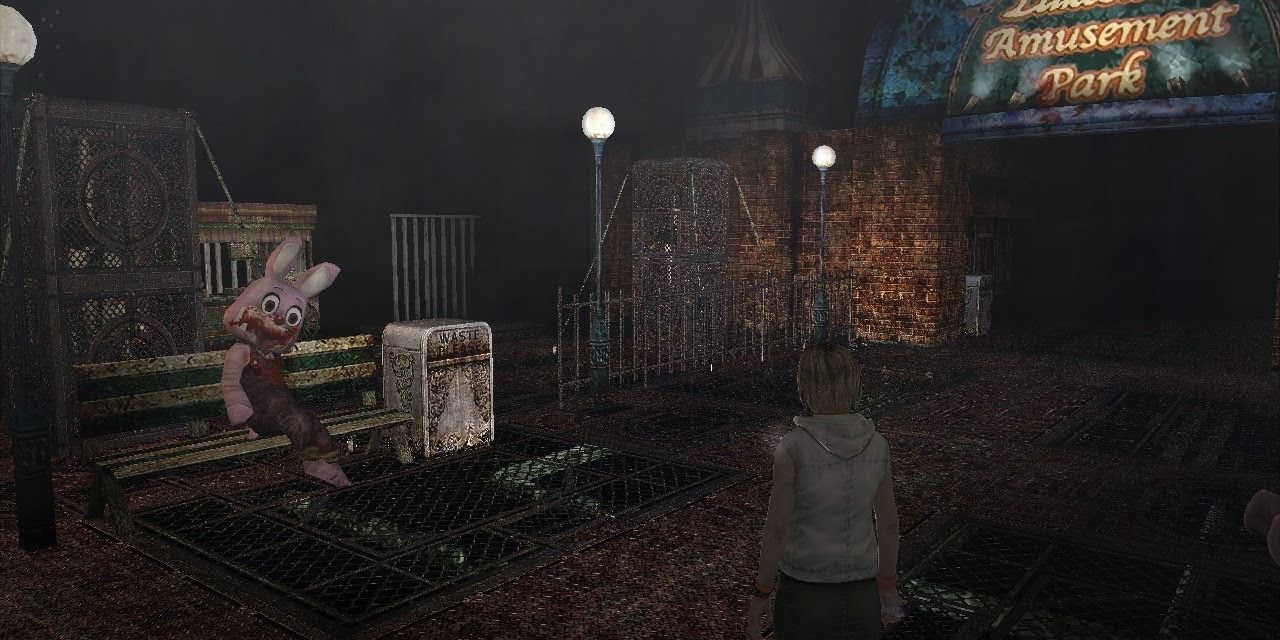 This abandoned park is evidence of Silent Hill's history as a resort town. Lakeside Amusement Park is packed with rides and shops and has four separate mascots, of which Robbie the Rabbit (above) is the most prominent in the games. The park is most thoroughly explored in Silent Hill 3, where Heather gets to visit several attractions and even, if she's unlucky, get pulverized by a rollercoaster while inadvisably walking on the tracks.

This is one of the locations we only get to see in its Otherworld state, so it exists perpetually in our minds as a hellscape of bloody rabbits and rusty metal grates. 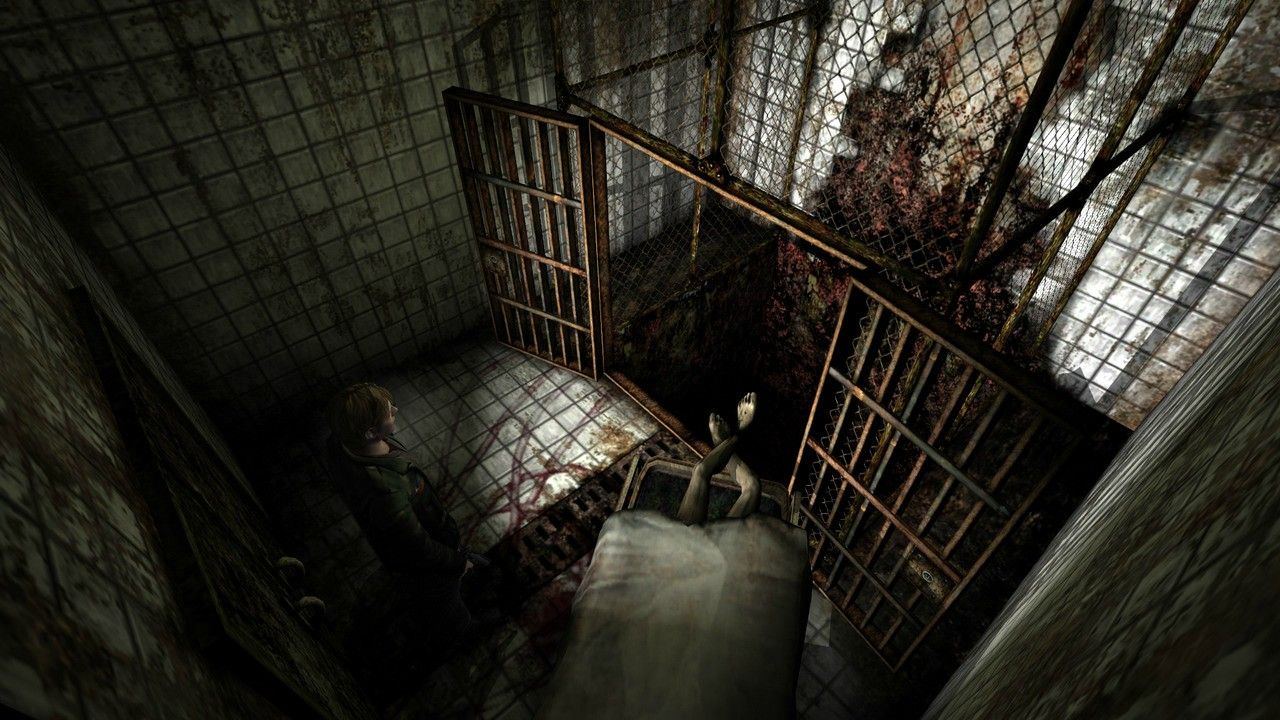 Toluca Prison not longer exists in the modern day Silent Hill and the Historical Society stands on its former location, but that doesn't stop James from exploring its ruin. Navigating a place that doesn't exist already gives it an unsettling sense of unreality, which is further cemented by James continuously descending into a series of holes, dropping down into progressively lower tunnels that can't possibly be there.

The whole place is filled with an oppressive dread of the unseen: the dark bottom of the holes, the stomping of prisoners in the backs of their cells, and something running past you in the total dark of the gallows courtyard.