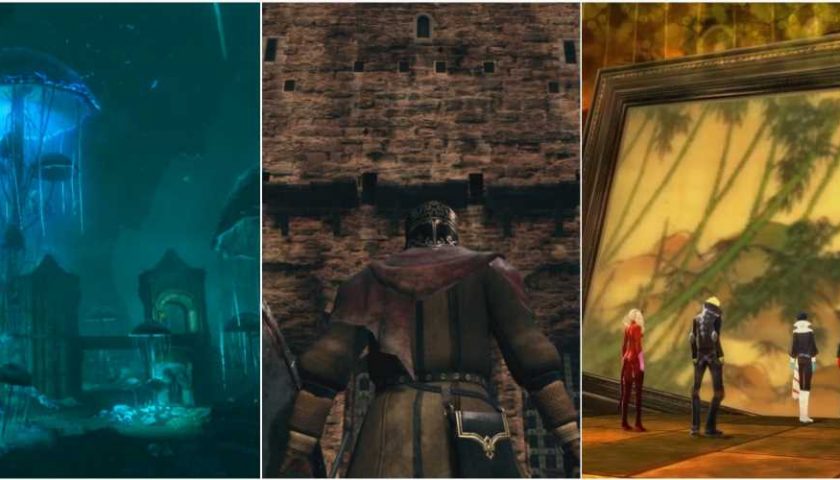 Dungeons are an important hallmark of many genres, most noticeably RPGs. They serve as quest targets, the locations of lore dumps, optional challenges, and beautiful set pieces. Most RPGs will take you to one sooner or later, whether they're underground caves, tall towers, derelict prisons, or even a person's subconscious.

What makes a dungeon good will differ from person to person, but there are some absolute standouts in the realm of dungeon design and with these it's quite easy to see what makes them tick so well. 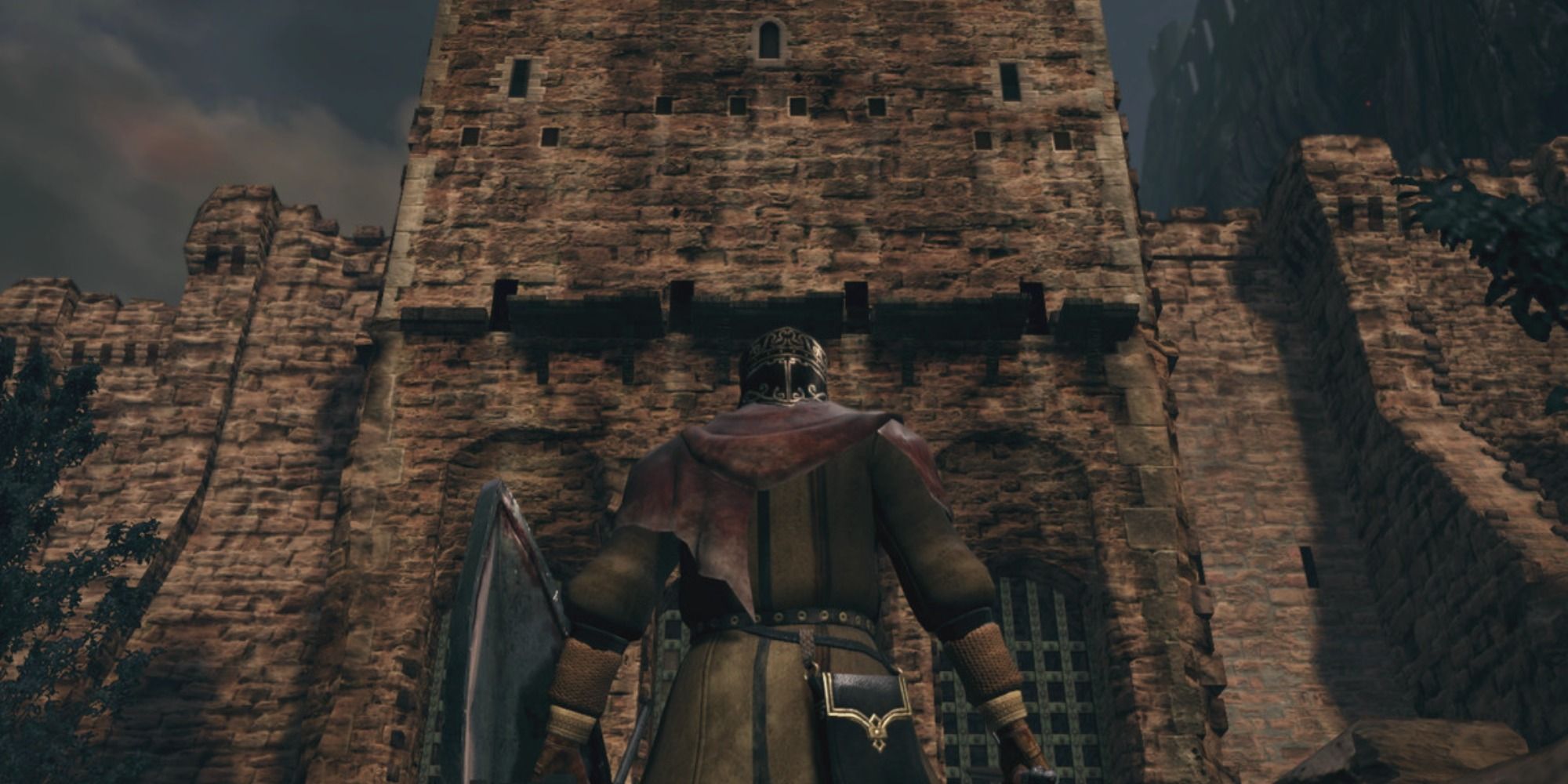 Keep them on their toes.

Sen's Fortress acts as something of a midway point in Dark Souls, only opening once you've rung two separate bells at the top and the bottom of the world. This maze of twisting halls and steep staircases is chock full of traps that will keep you on your guard.

While this place will reward you with great loot if you keep exploring, it will also make you work for it. Add to that a difficult, bulky boss at the end and you have yourself a very challenging, memorable, and well-built dungeon. 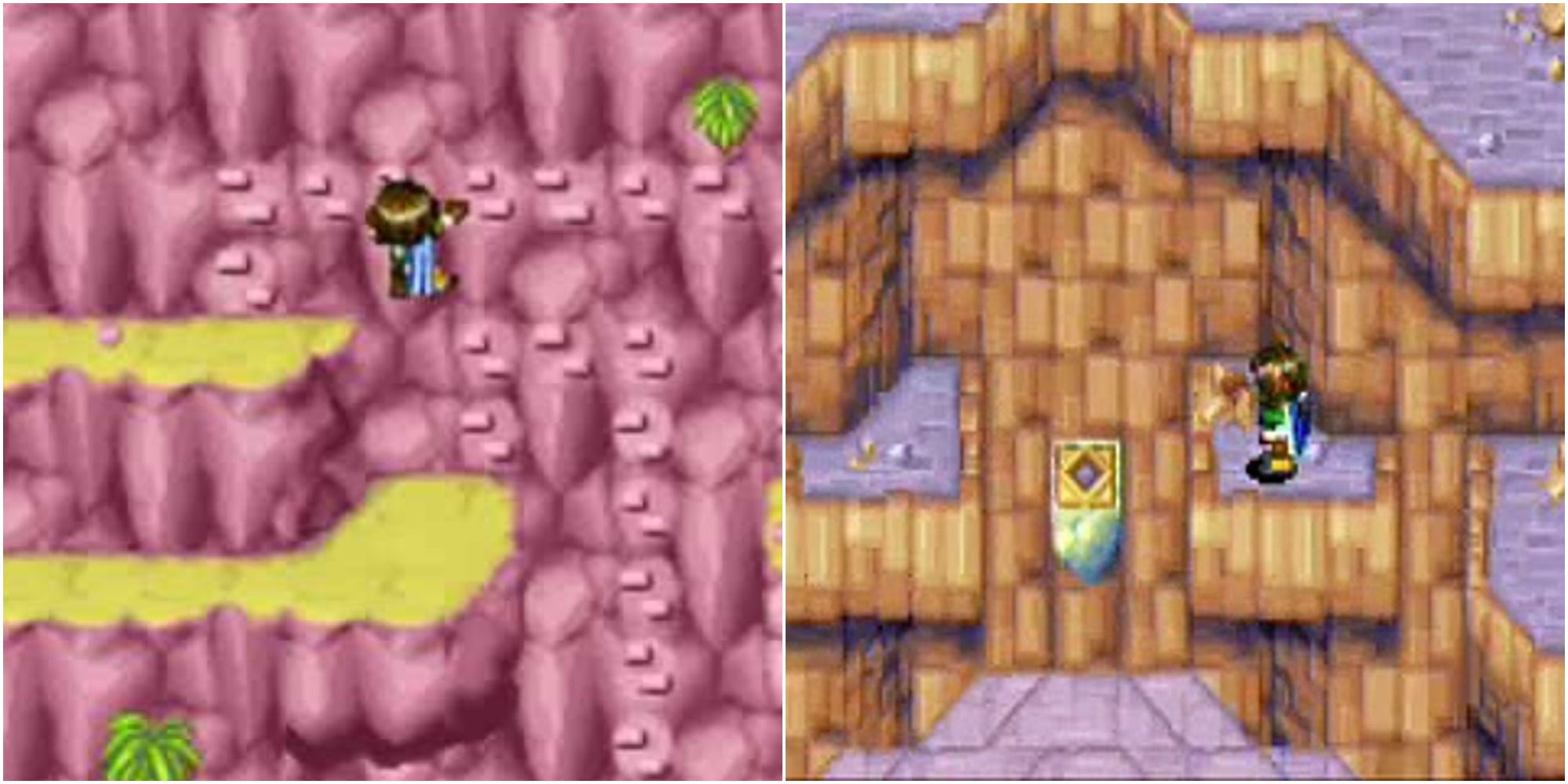 Let them puzzle it out.

Golden Sun as a series is known for its well-balanced blend of puzzle mechanics and fun combat system. Air's Rock, from the second game, will really push both of those aspects to their limits. It's a megadungeon with a crucial reward at the end, so you can't skip it.

It's one slog of a dungeon that is probably more fun to look back on than to play, but it's certainly memorable. It's a dungeon that makes you stock up, learn how to manage your resources, and think laterally when it comes to puzzles. 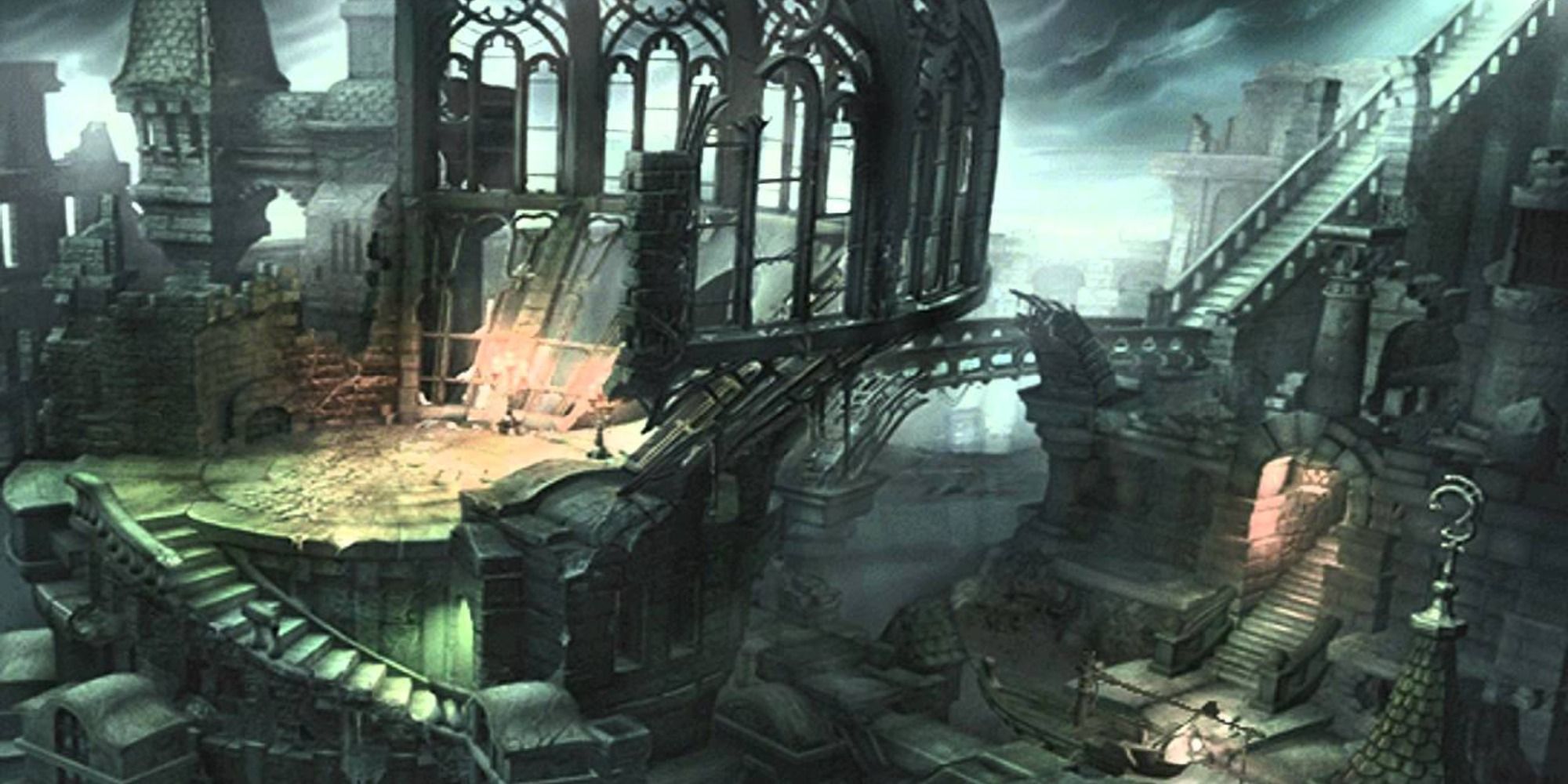 Remind them what they're fighting for.

Memoria has an incredibly fitting name. It's a dungeon made up of memories. The party of Final Fantasy 9 will get together to reminisce as they make their way through it towards the final boss of the game – they'll talk about how far they've come, and what it means for them to come out successfully on the other side.

This dungeon works so well thanks to its gorgeously erratic design, exciting mini-bosses, and beautiful soundtrack. There's no doubt that it'll have you pumped to go take on Kuja.

9
The Palace Of The Dead, Tactics Ogre: Let Us Cling Together 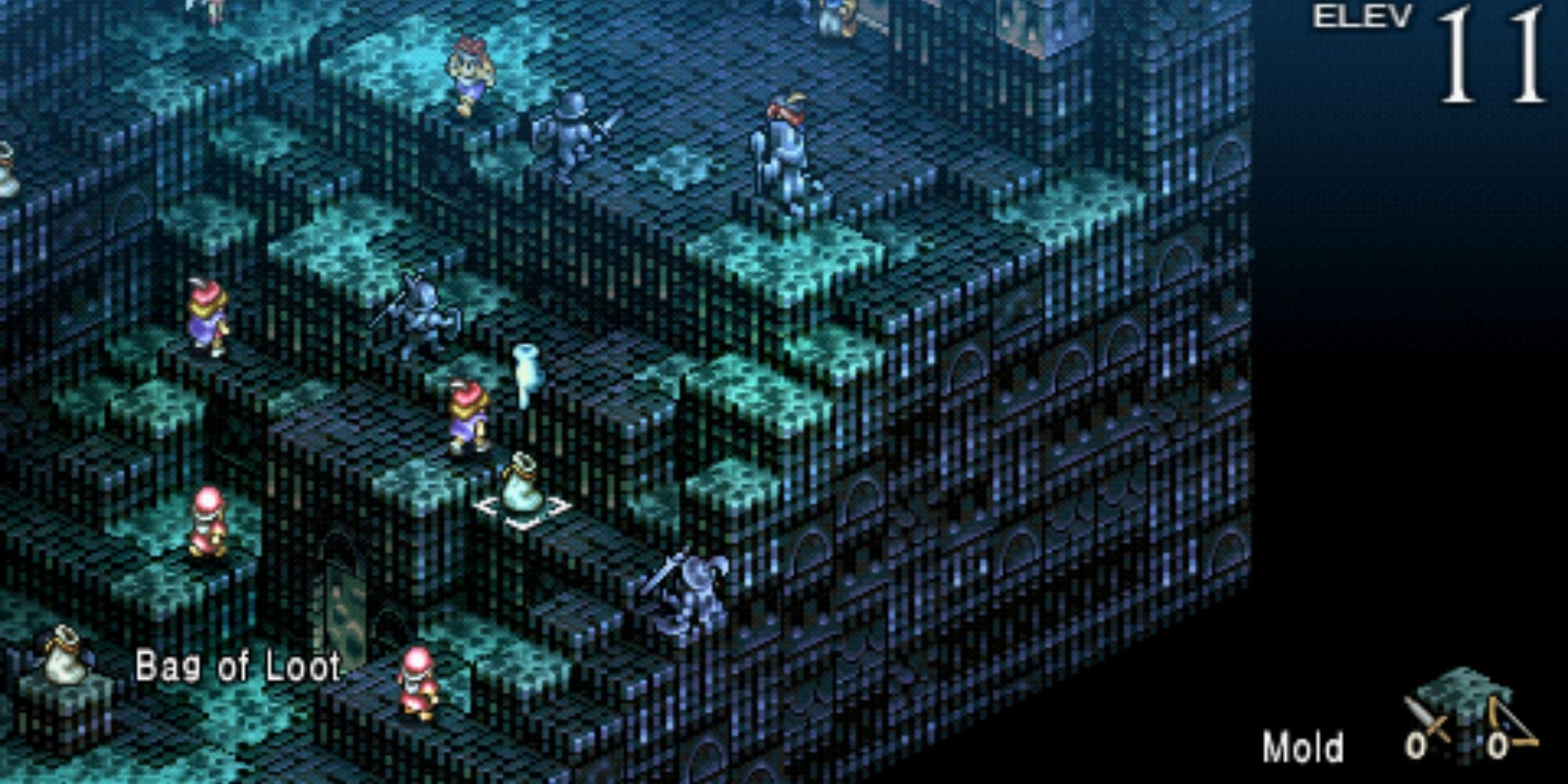 Give them something to sink their teeth into.

While dungeons are rare in these isometric, turn-based RPGs, Tactics Ogre has a doozy. The Palace of the Dead is an epic 100-level dungeon where progress is made only by stumbling across the correct tiles while fighting off progressively tougher enemies.

It's the game's ultimate challenge and is a fantastic example of how dungeons can be used to test your knowledge, strategy, and skill at the game at hand. There's valuable loot to be had, not least of all the bragging rights for completing it. 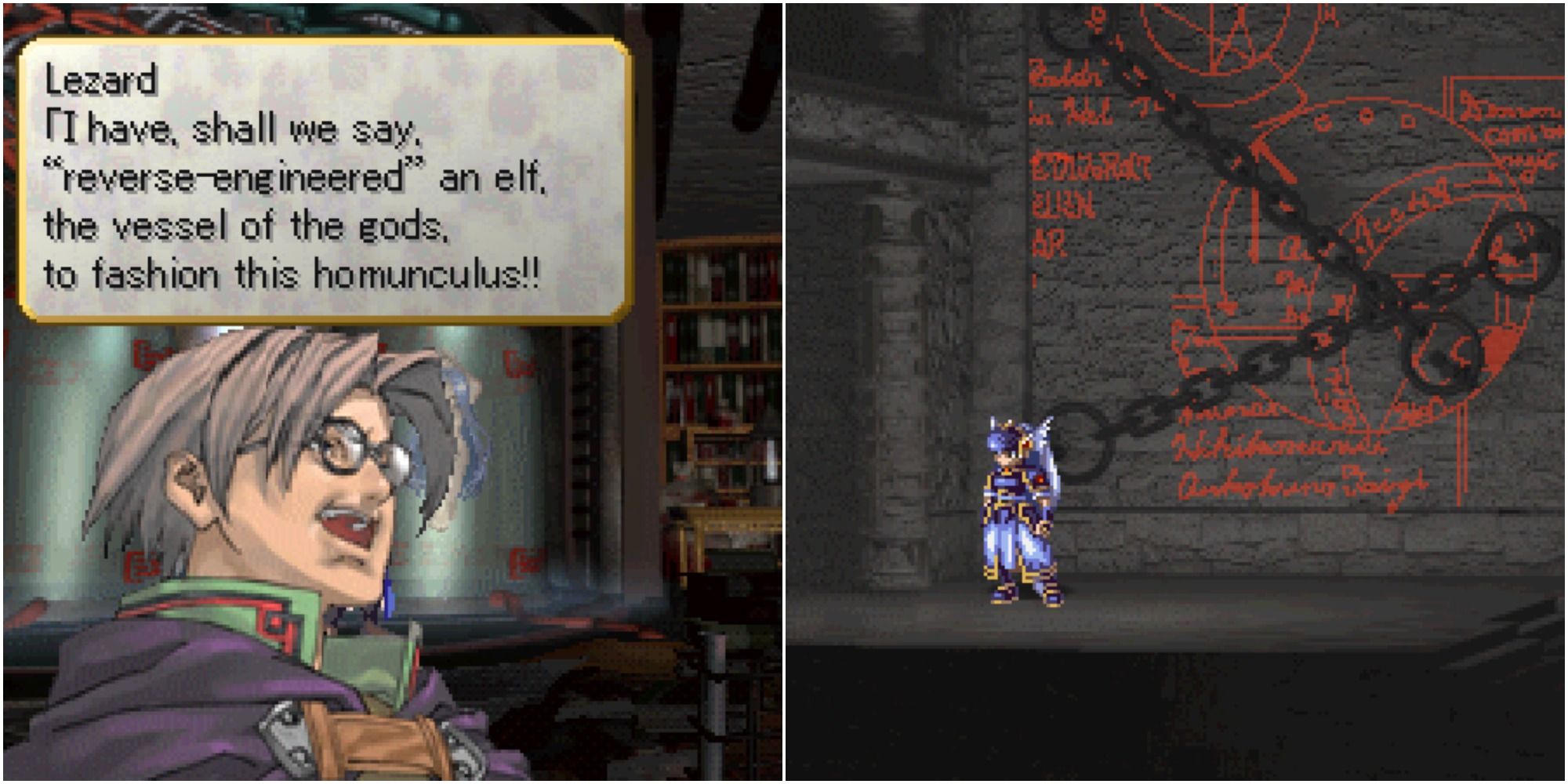 Valkyrie Profile has a wonderful story that you really have to tease out of the game yourself, and it comes to something of a head at the Tower of Lezard Valeth. Here, Lenneth will be confronted with Lezard and his little science project. It's an encounter full of dramatic reveals and twists on top of a challenging dungeon.

The tower returns in the second game as the final dungeon, where yet more dramatic twists unfold. Giving players a nice narrative bomb at the end of a tough challenge is a brilliant way to make you remember a dungeon. 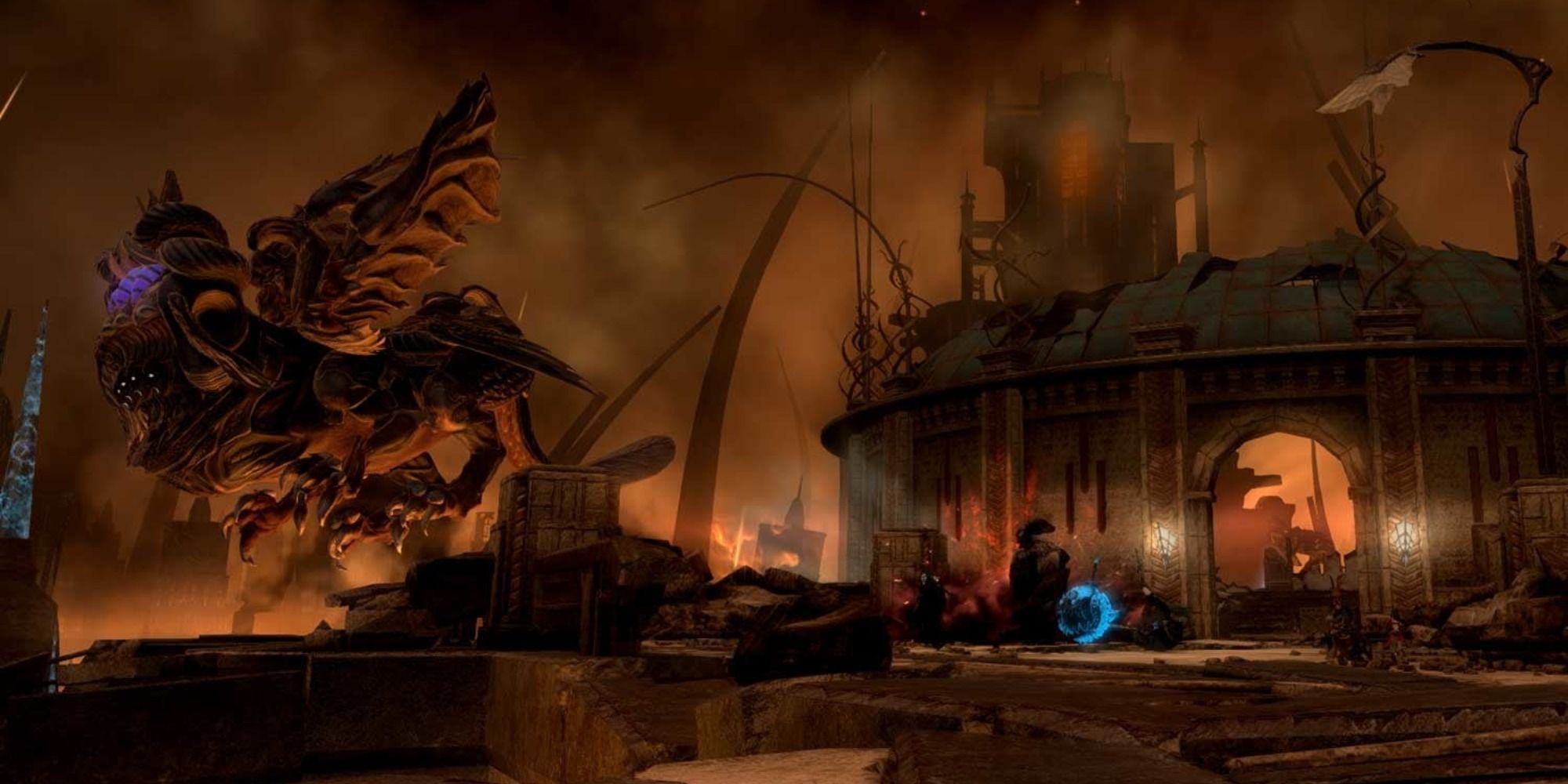 Shadowbringers is an emotional masterpiece, but nearly everyone knows that at this point. One part of the magic is Amaurot, the final story dungeon in the expansion's main storyline. Here, the Warrior of Light is thrust into a facsimile representing the end of days for the Ascian city. The background is fiery and imposing, and the enemies are horrific – you can imagine the terror that must have permeated the air.

Difficult battles and a wistful, sonorous theme accompany this adventure into the past and it's hard not to get choked up on your first run-through – especially if you fall to the final boss' mean strategies. 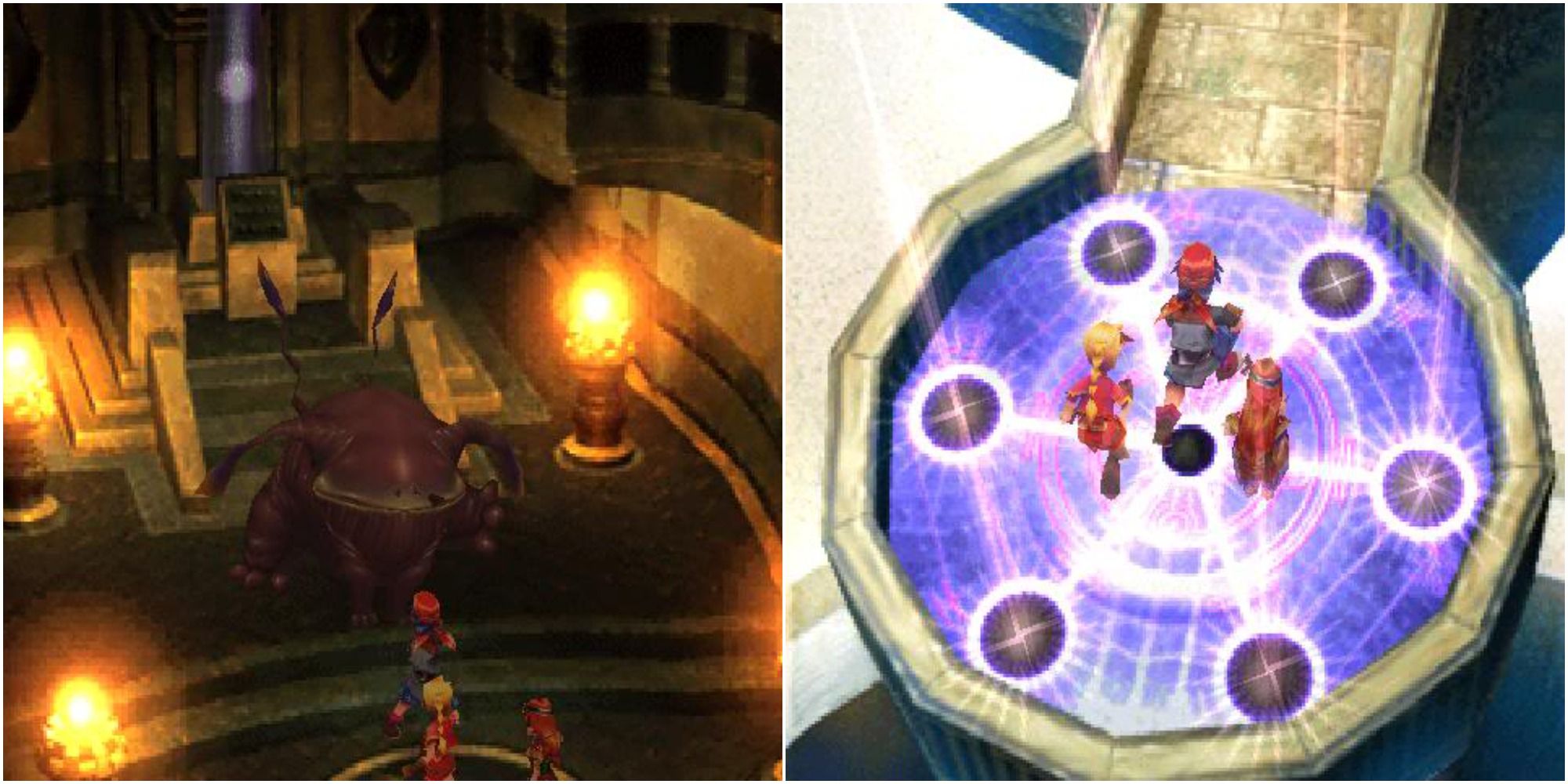 The beginning of Chrono Cross is quite foreboding. You're treated to a very short prologue dungeon, at the end of which you witness something very dramatic. Hours later, you'll probably have forgotten it or dismissed it as some nightmare.

And then you make your way to Fort Dragonia and you see that familiar FMV. It's a pretty long dungeon with typical RPG puzzles, but for you, the player, it will be filled with the dread of knowing something about what will happen at the top. It's an incredibly impactful design choice, for sure. 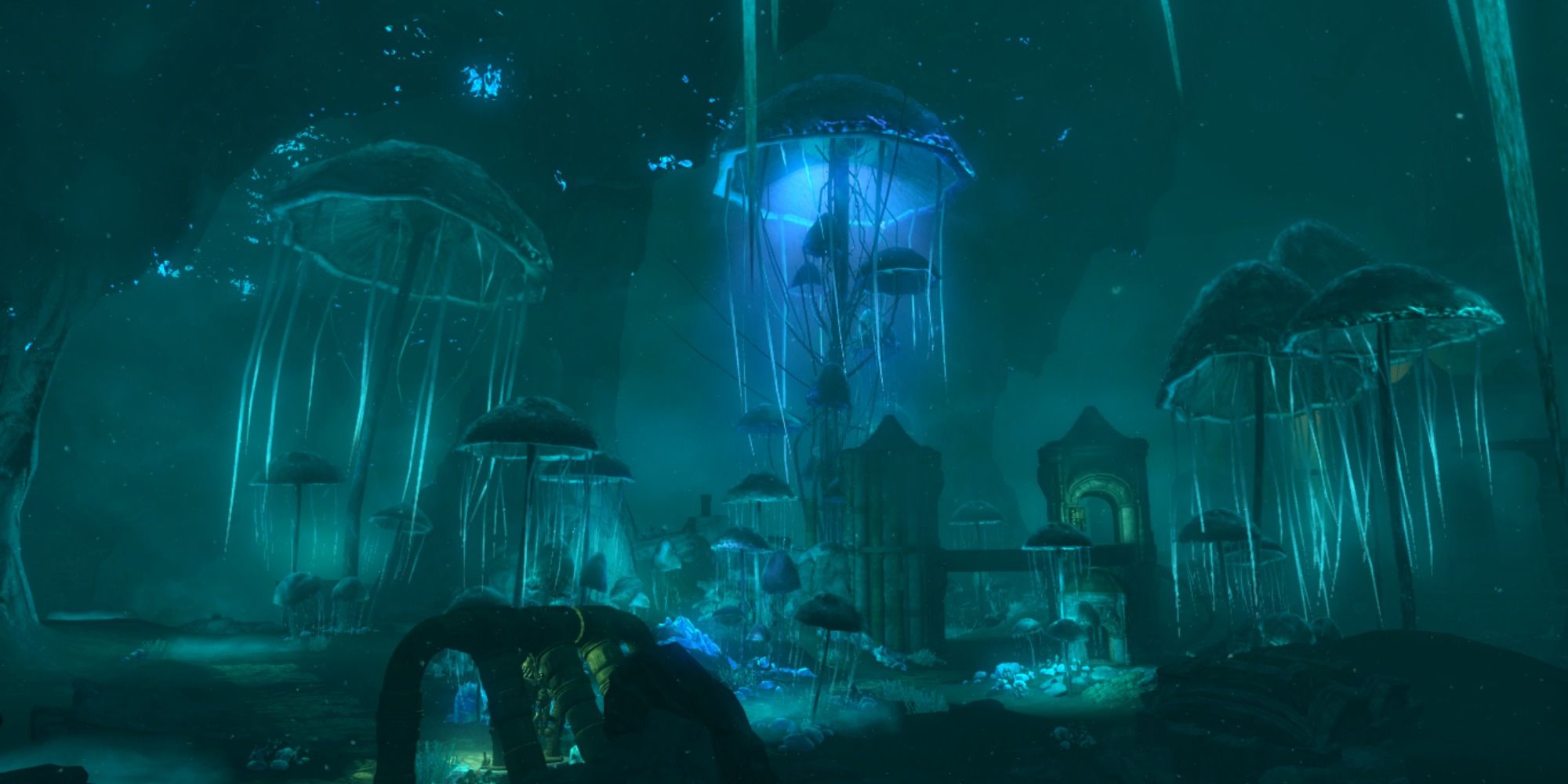 Embrace the beauty of exploration.

Skyrim is not exactly remembered well for its dungeons, with many criticizing how repetitive they can become. Blackreach, however, is something else entirely. It is a gigantic cavern underneath the earth and it's full of unique encounters, treasures to salvage, nirnroot to find, even soul gems to mine.

You can spend hours in Blackreach quite easily, completing quests, opening new routes, even defeating a dragon that only comes out if you do something a little silly to a certain large bell in the center of the cavern. The dungeon is a treasure for those who value exploration. 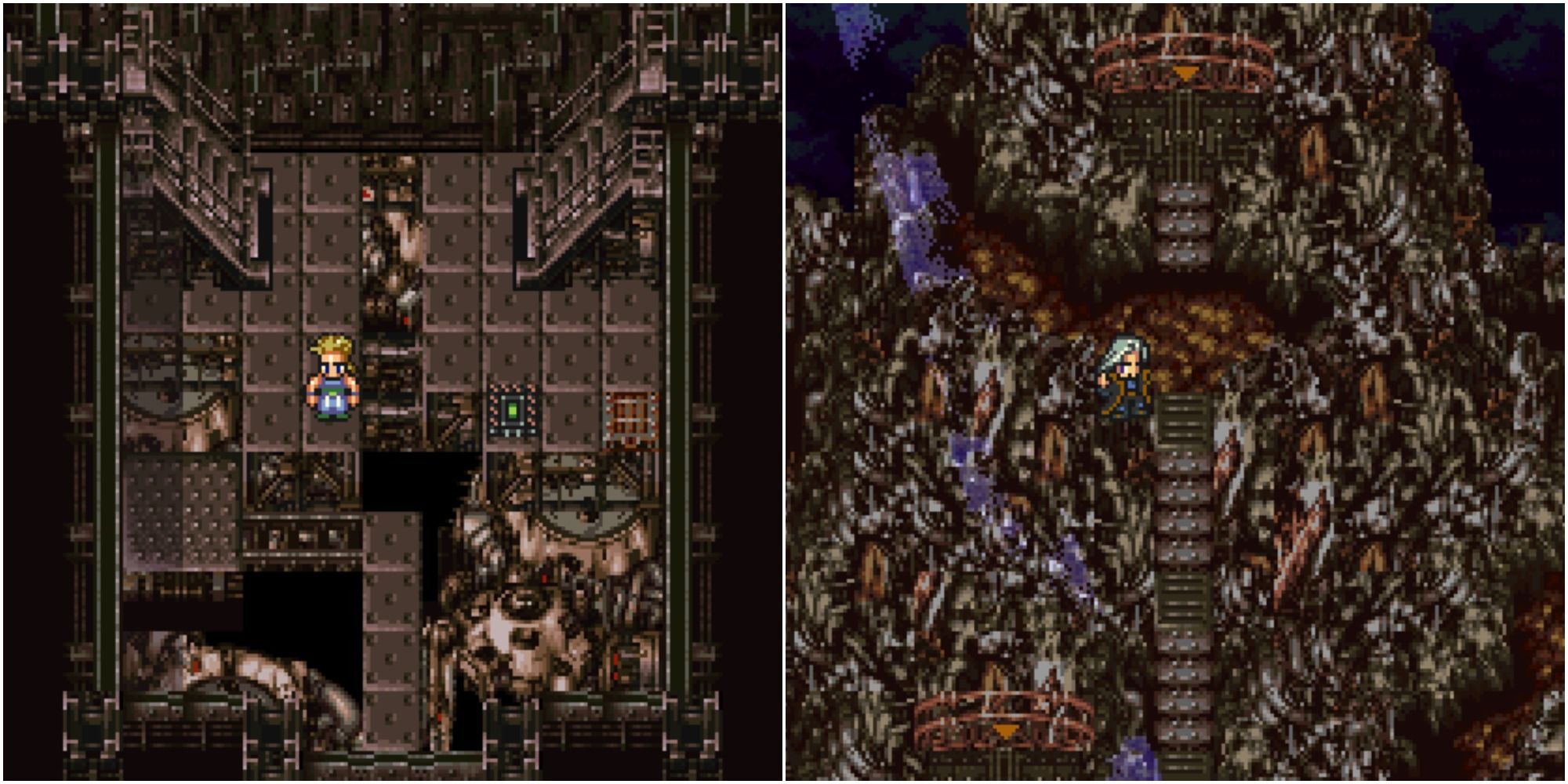 Final Fantasy 6 is a game where the villain wins. The world is devastated, the heroes are scattered, and all hope seems lost. And then Celes travels around the world, picks up her old allies, and embraces a rebellious spirit once more as they all decide to take Kefka on once and for all.

Kefka's Tower makes for a fittingly challenging end to the game, with many hard encounters to overcome and a puzzle that involves splitting your party up into three. Beating this dungeon will really make you appreciate how far you've come since those early days of struggling to fight bats and martial artists in small caves. 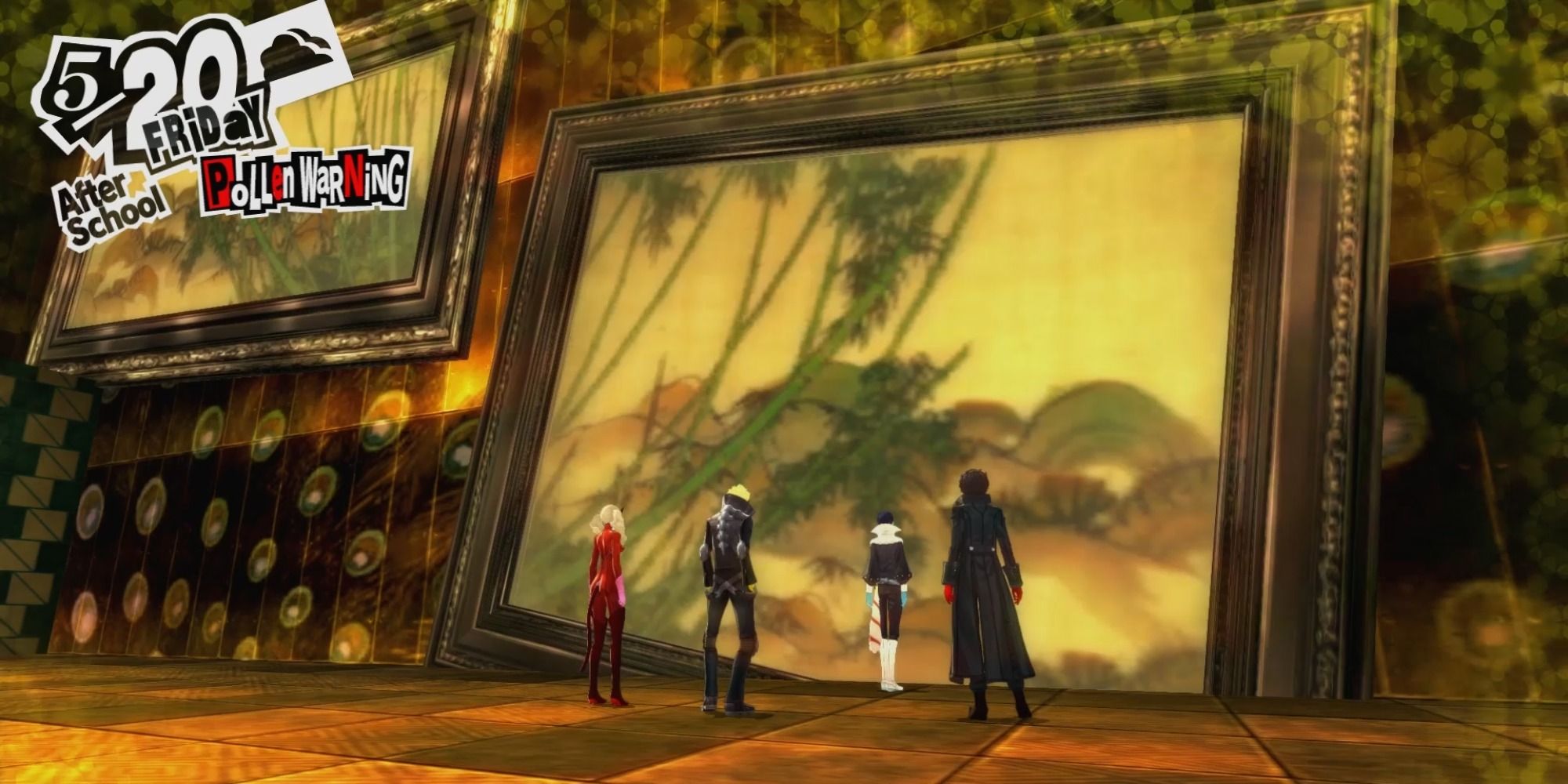 Change it up a little.

The palaces (read: dungeons) of Persona 5 are one of the game's absolute highlights. Madarame's Palace in particular deserves to be noted for how well it embraces the game's theme of rebellion and finding strength within yourself.

It's also a very visually stunning place, as you'd expect for a dungeon based on an art museum. But it's when the museum transforms into an Escher-esque maze of stairs and canvases that you really begin to appreciate the game's dungeon design. It is wholly not afraid to experiment and you can be sure that every future palace will be its own – and it'll make you hungry to experience them. 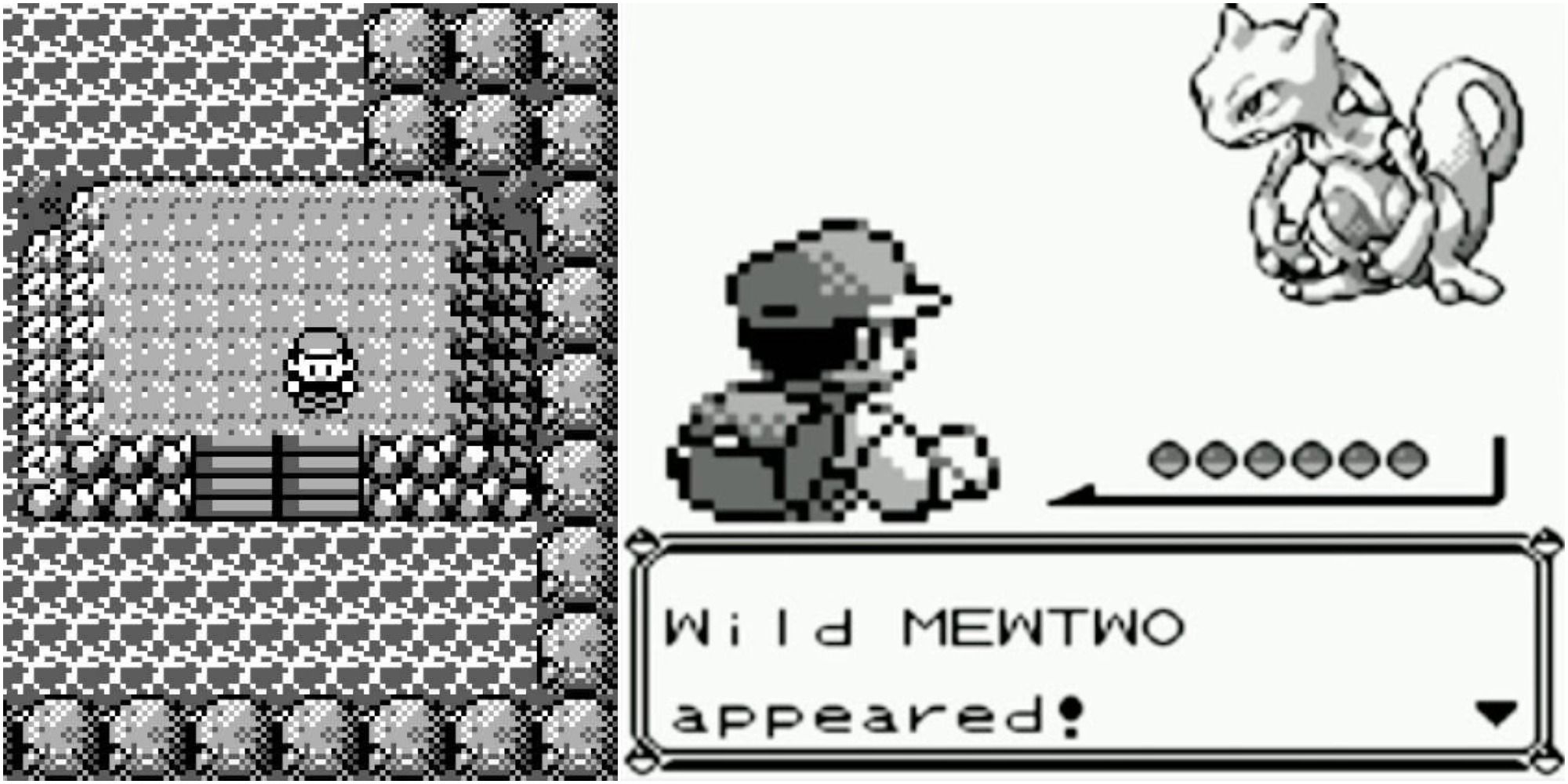 While the first generation of Pokemon games didn't have all that much in terms of a postgame, they made their mark on the world of RPGs with Cerulean Cave. This dungeon opens up only once the credits have rolled after defeating the Elite 4 and there are some valuable goodies inside.

Not only are there rare Pokemon to find such as Chansey, Lickitung, and Wigglytuff, but the very end of the cave is the location of Mewtwo. This is the ultimate Pokemon, especially in the first generation where nothing could stand against it. Giving you the tool with which you could break the game open is a fair prize for beating it, and it makes Cerulean Cave iconic as a result. 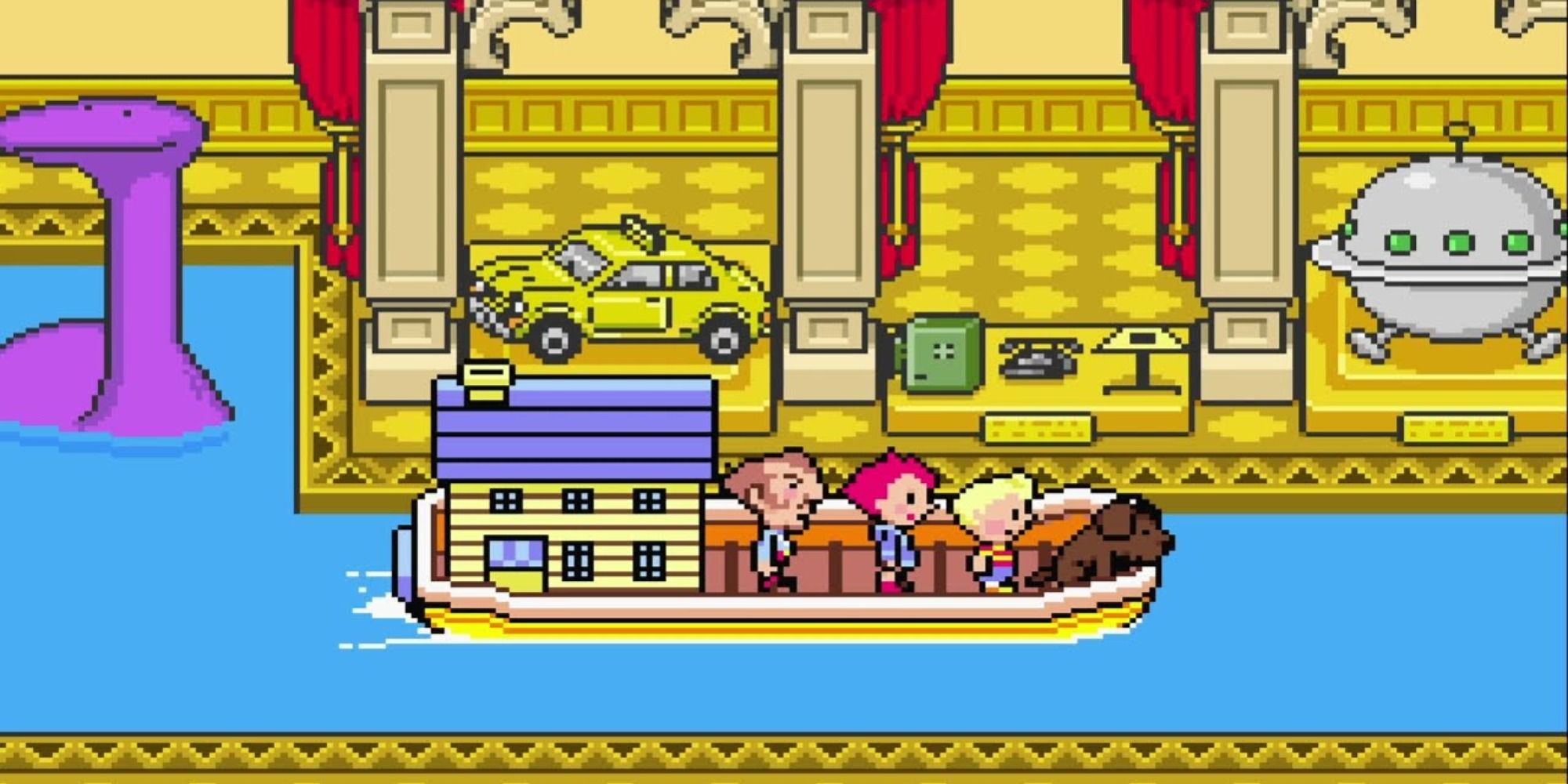 The Mother series is a cult classic for many reasons, and its humor is one of them. It's notable then, that even in the most serious, heartbreaking, and darkest entry, Mother 3, the final dungeon is just as wacky as you might expect.

While it drops surprises on you such as the identity of the Masked Man and the whereabouts of the final Magypsy, it also has light and fluffy moments. It begins with a final emotional performance from DCMC, solving the game show puzzle where you have to lose by just a smidgen against the villain is groan-inducingly hilarious, the floor full of toilets is a great gag, and the museum of EarthBound relics can easily tug at your heartstrings.

While you'll be determined in your journey at this point, Empire Porky Building runs the gamut of emotion and exemplifies what the game is about. It teaches you to feel what you feel and keep on regardless. It's the perfect RPG dungeon.