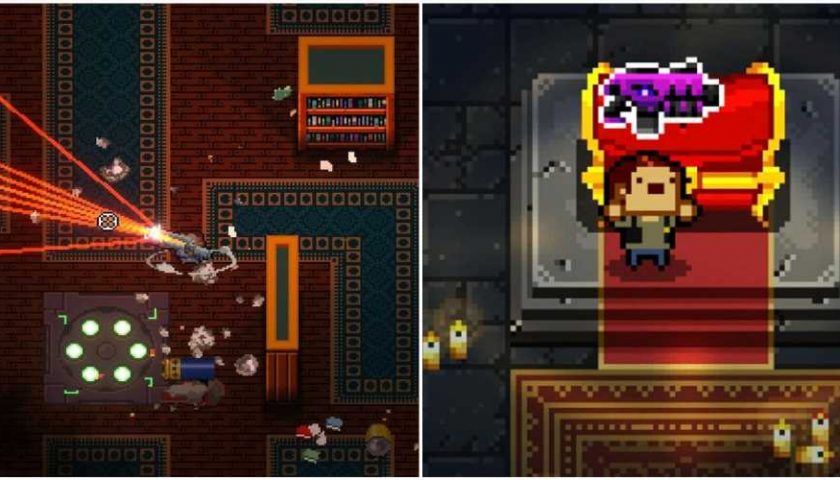 Several pieces of flavor text in Enter the Gungeon indicate that any object that either launches some manner of projectile or is vaguely gun-like in shape can be used as an actual gun within the Gungeon's confines. Examples of this include the Mailbox, the Bee Hive, and the Anvillain; none of these are guns by any stretch of the imagination, but because they are either gun-shaped like the Mailbox or can launch something like bees or anvils, they become guns.

Now, going by that logic, there is an entire untapped wellspring of gun-like objects that could, in theory, be used as Enter the Gungeon weapons. Do all of these ideas make sense? No, probably not, but then again, we're already shaking bee hives at people here. Where the heck is your bar? 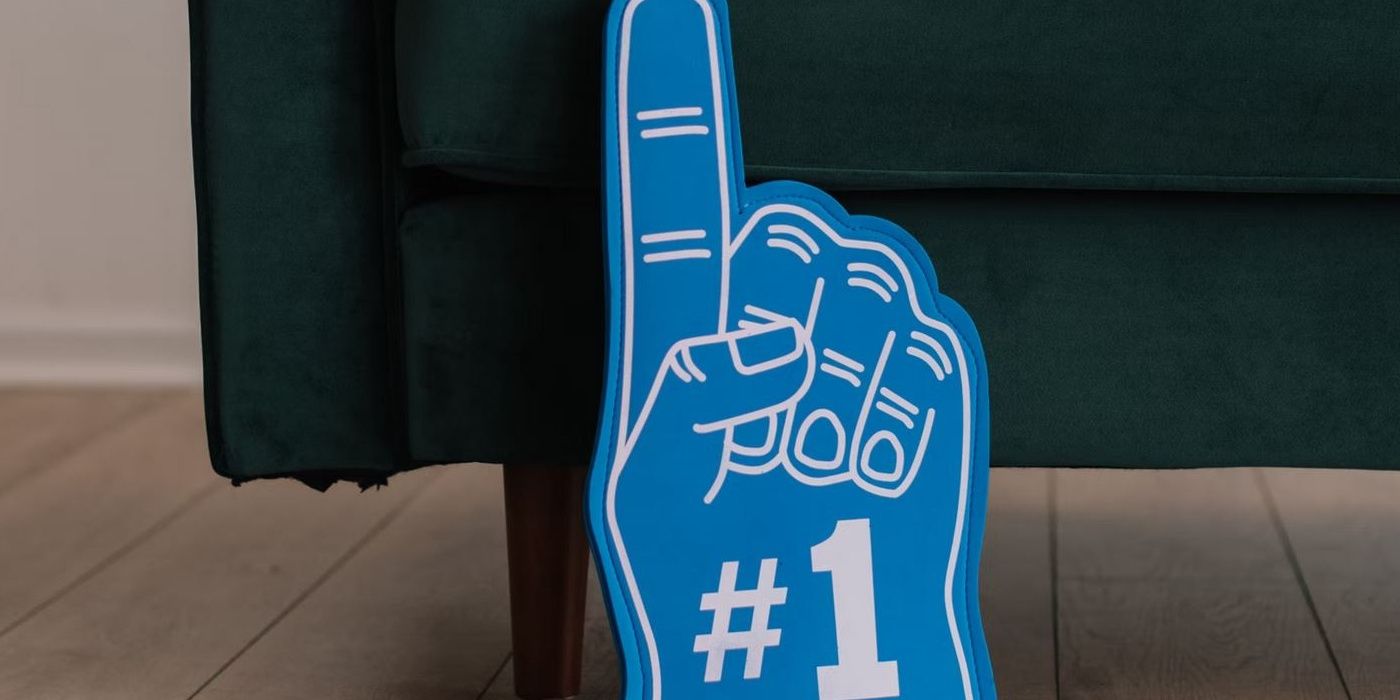 Pop quiz: what is nature's most obvious gun-like object? A gun-shaped stick? Good guess, but there's something better than that. Yep, it's your own hands. The ol' extended index finger, thumb up pose has indicated a gun for as long as guns have existed.

Now, a gun hand would work fine on its own, but as long as we're on this kick, let's go all the way with it. Supersize that hand with a giant foam finger! What would it fire? Nothing, in all likelihood. You'd just point the index finger at something and shout, "bang!" but within the confines of the Gungeon, it might work! Maybe! 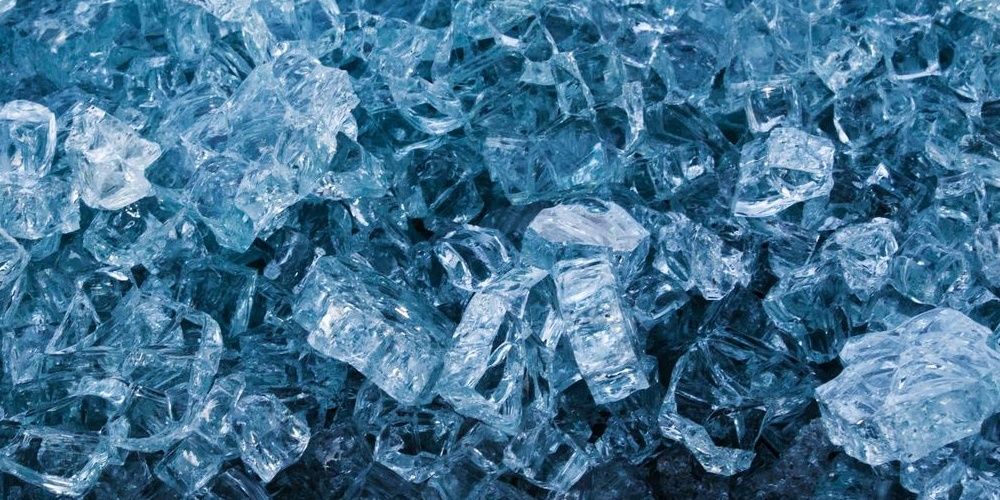 There are already a few ice-powered weapons circulating through the Gungeon, but most of them are just regular weapons that launch ice rather than being made of ice themselves. Of course, you couldn't make a gun out of ice, could you? You're darn right you could, and all you'd need is a novelty ice cube tray!

With one of these babies, you could make all the ice guns that you wanted. Of course, whether they were functional or not might be a stretch, even for the Gungeon, but worst-case scenario, you can just fling them out of the tray at the Gundead. 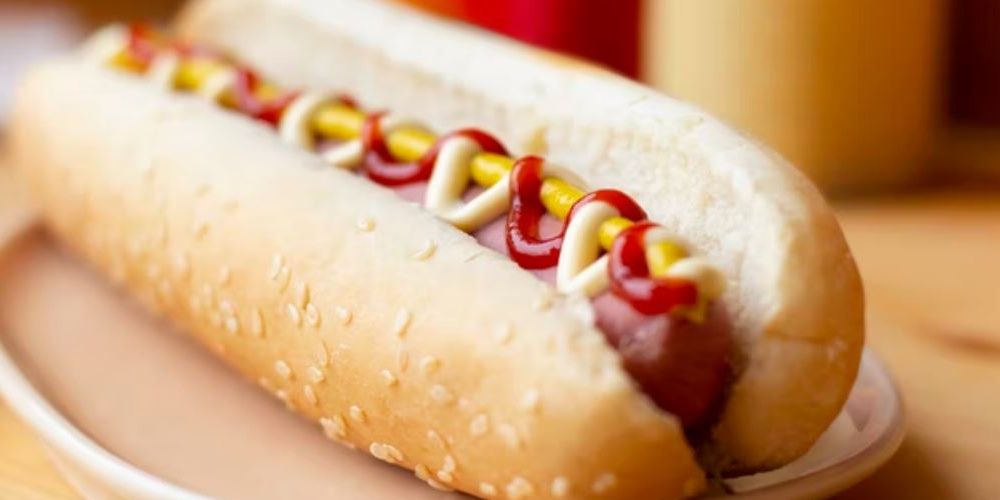 The idea of using a hotdog as a projectile weapon is not only unconventional, it's kind of depressing. I love hotdogs. I'd go as far as to call them one of my favorite foods. But that's exactly how I know how absolutely devastating it is to squeeze the bun too hard and have the frank go flying out onto someone's shirt.

That kind of existential sadness could be weaponized. Imagine you've got a bunch of Gundead coming at you, and you accidentally launch your lunch at them? They'll be so distracted by how bad they feel for you that they won't see you pull out an actual gun. If only you didn't have to sacrifice the hotdog… 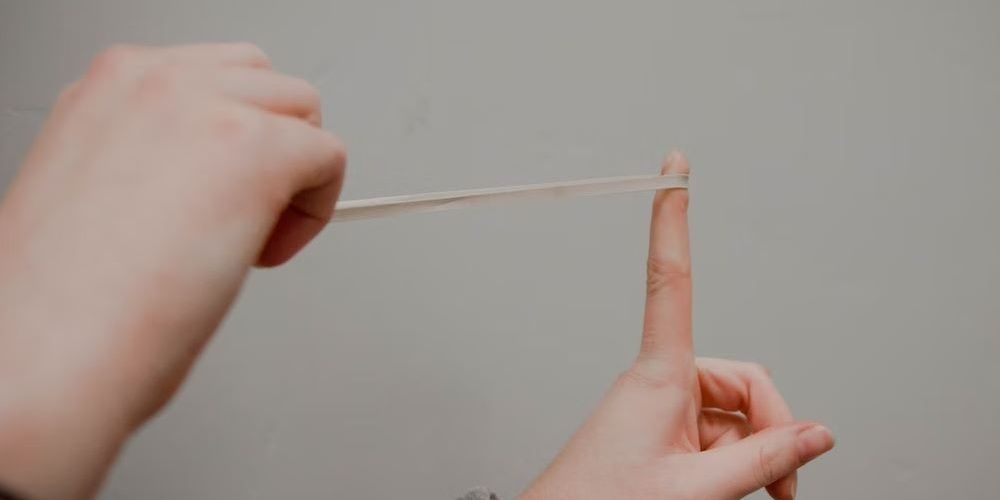 Here's one that I'm actually surprised wasn't already in the game. Any kid that wasn't cool enough to own a BB gun growing up definitely owned one of these elastic launchers at some point. They came in a few different varieties, including tiny plastic ones and weirdly huge wooden ones, but either way, no kid commanded respect on the playground like one with a fully-loaded rubber band gun.

Since the ammo is rubber, it could even bounce between enemies in the Gungeon! Can you imagine having a rubber band fly at you after bouncing off someone else? You'd scream like a goat. 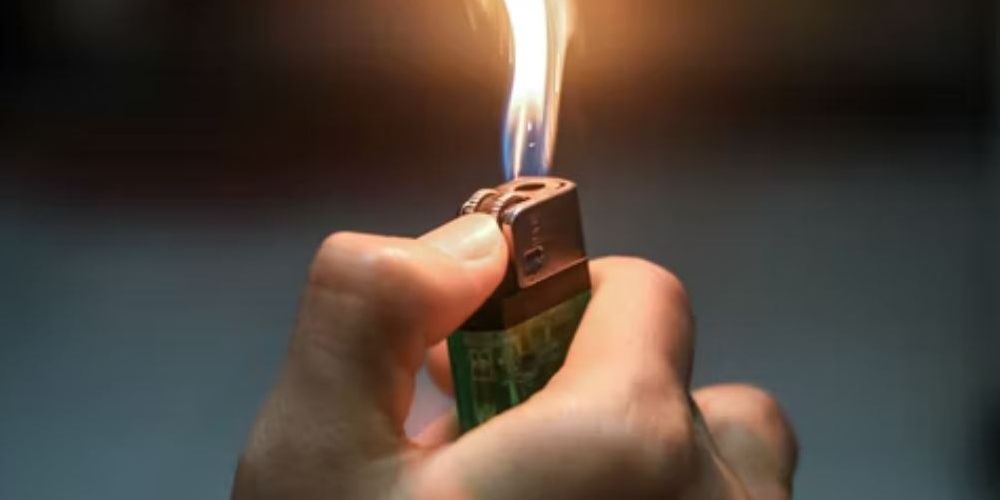 In the Gungeon, though, a gun-shaped lighter would be like wielding a flaming fist. Sure, it wouldn't shoot very far, but imagine how cool it'd be to pistol-whip a Gundead with a little plastic gun with a white-hot flame spouting out of it. 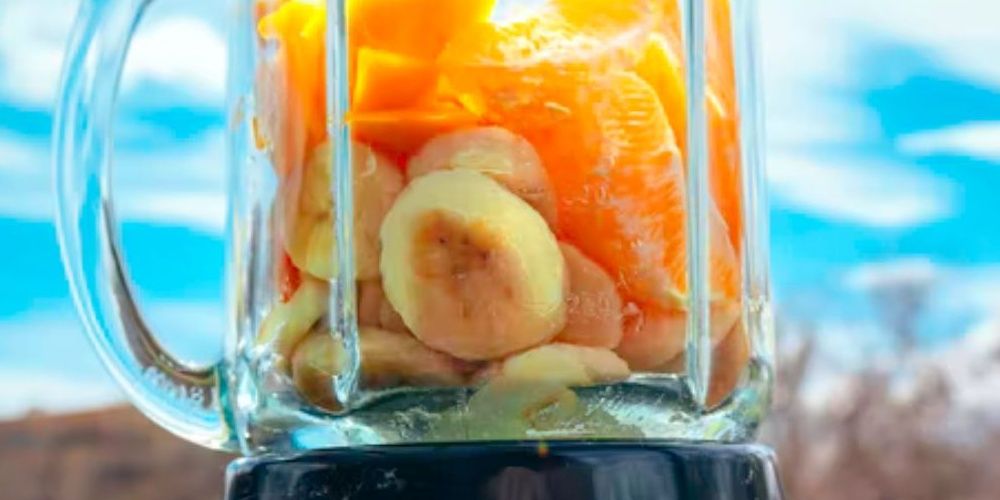 The user manuals of most commercial blenders are very insistent that you hold the top on by hand while using it. I've seen the top fly off a blender mid-blend; it's absolute chaos. Within the realm of the Gungeon, you could let loose a controlled hell of fruity madness from the top of a blender, possibly in a sustained shotgun-like blast.

Heck, you could probably synergize the blender with other weapons and items to change the contents of your chaotic smoothie. Inflict brain freeze, poison from expired ingredients, burning from… hot peppers, I guess? Does anyone put peppers in a smoothie? 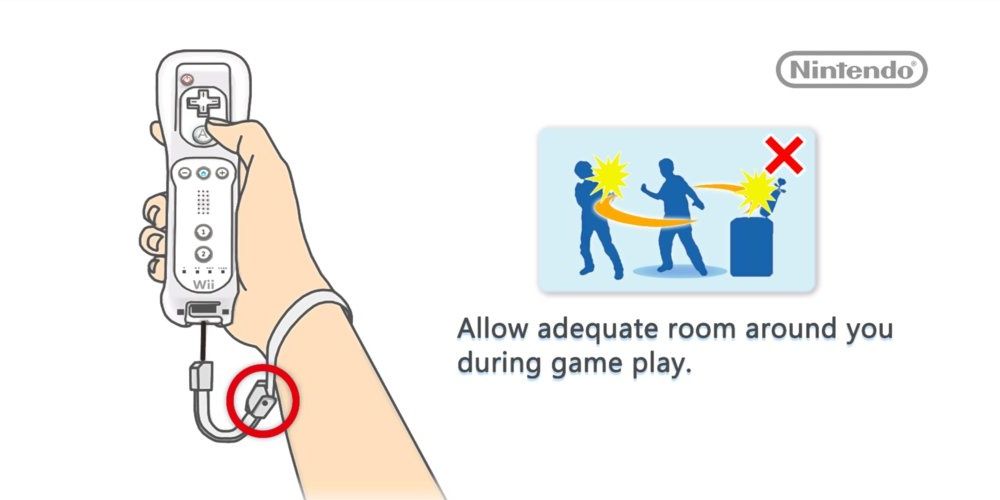 Anyone who has accidentally whipped their Wiimote right into their television, or worse, into someone's face, knows the sheer fear those things can inspire when they transcend mortal control. The Gundead wouldn't know what hit them. 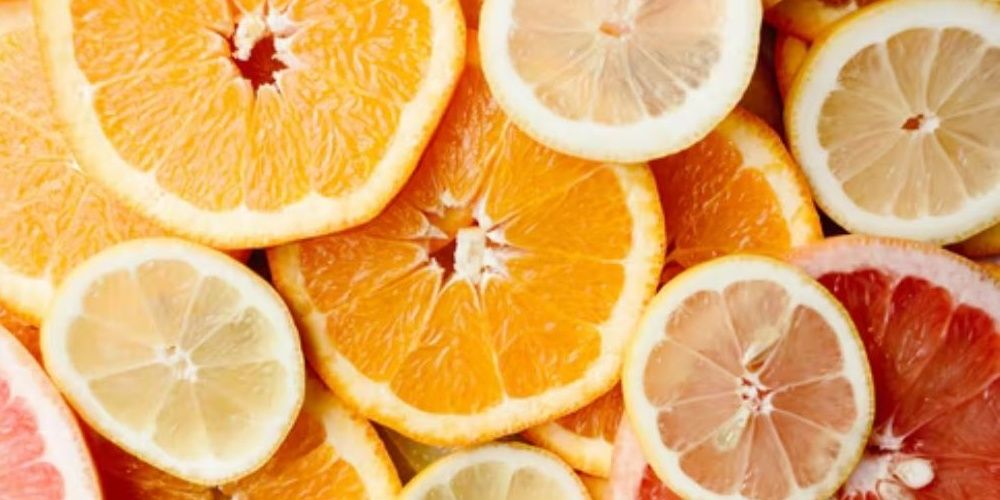 Have you ever been sprayed in the eyes with sour candy spray? I have. It was about as fun as it sounds. I was screaming on the ground for a couple of minutes before I managed to drag myself to the kitchen sink to wash it out of my eyes.

Think of the havoc you could wreak on the Gundead if you had a tube of that stuff in the Gungeon, the kind of screaming blindness you could inflict on them. I know what you're thinking, though. "Why not just add a can of actual pepper spray instead?" Well, that's simple: this is funnier. 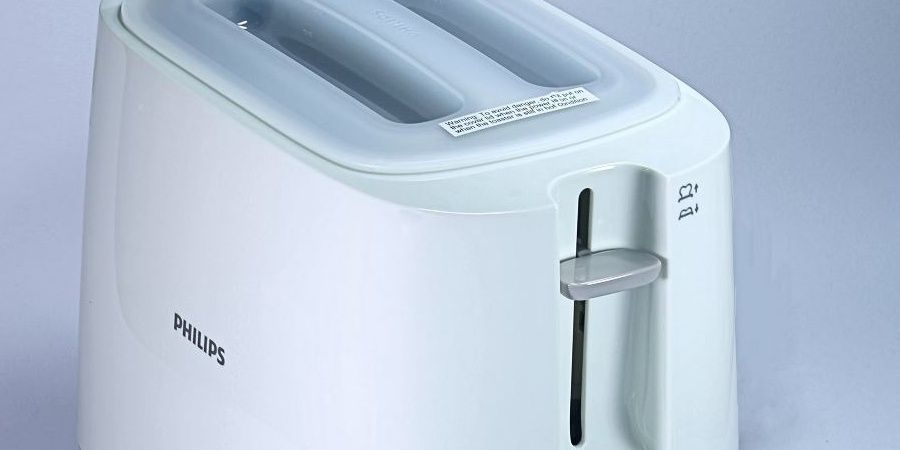 Spring-loaded toasters launching deadly burning toast are a staple of cartoons. Imagine how satisfying it'd be to just shove an entire loaf of bread in there and pull the spring back like the hammer on a revolver.

You could launch flying slices of toast, either rock-hard from being burnt or actively burning. And every time you reload it, you could dump the loose crumbs out to create a burning trail at your feet. This thing would make you shoot worried looks at your kitchen toaster every time you pass by it. 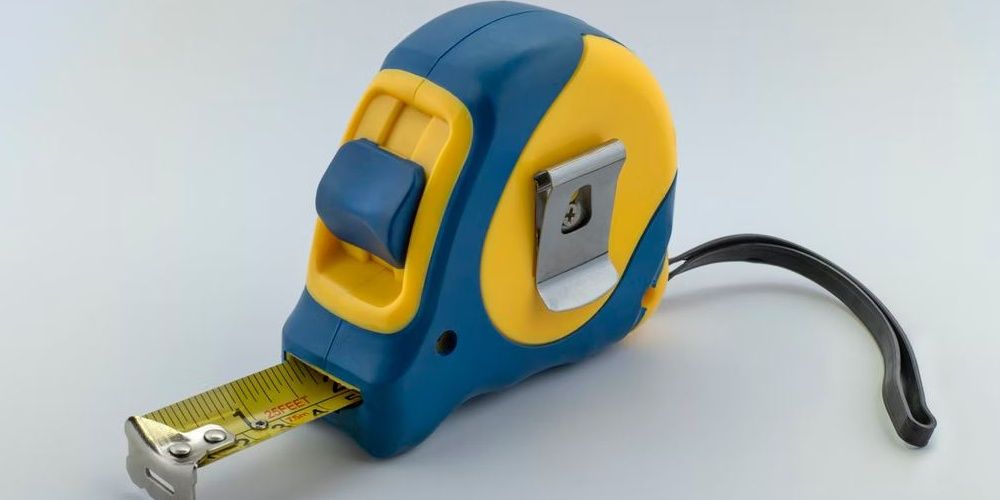 It's a rite of passage for any wannabe handyperson to have their fingers brutally attacked by the metal bit at the end of a tape measure. It's also a common practice to abuse the heck out of those things, slinging them around like you're Spider-Man. Put those concepts together, and in the Gungeon a tape measure becomes a deadly reverse grappling hook.

Launch the spool at an unsuspecting Gundead and quickly wind it up, either bringing them to you or you to them – and snapping them with the metal bit in the process. Yeowch!

1 Nunchuk Gun – A Cool Gun For A Cool Dude 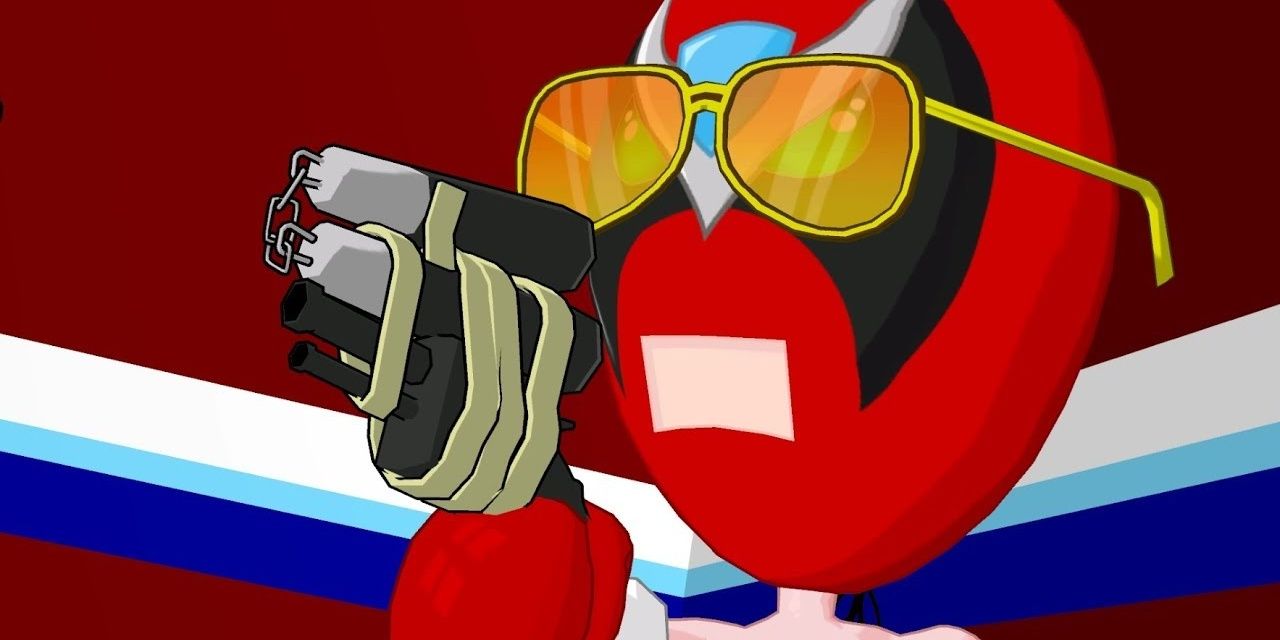 Okay, full disclosure: this is 100 percent a personal pick. If any of you get this reference, you are a certified cool person. For those of you who don't, this probably just looks like a cheap pair of nunchaku hastily duct-taped to a snub-nosed revolver. And that's because that's exactly what it is.

But come on, I dare you to tell me that a gun with a pair of nunchaku taped to it isn't awesome. You can't do it. You're all like "oh no, my gun ran out of ammo" or "my gun jammed!" Well, guess what? You've got a pair of nunchaku right there for you to use. You're welcome.