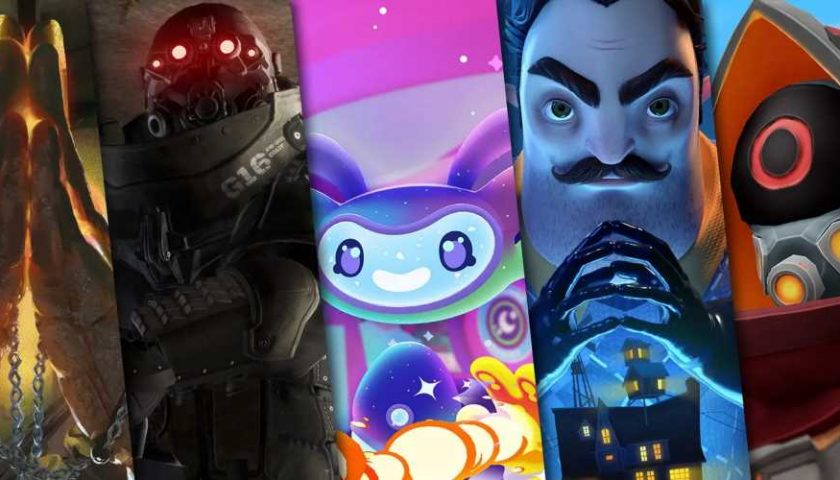 PlayStation just announced the release date for the PSVR2, which is great, but in addition to the release of the PS5's VR headset, PlayStation also announced 11 new games are coming along with it. Those games include The Dark Pictures: Switchback VR, Crossfire: Sierra Squad, The Light Brigade, Cities: VR, Cosmonious High, Hello Neighbor: Search and Rescue, Jurassic World Aftermath Collection, Pistol Whip VR, Zenith: The Last City, After the Fall, And Tentacular.

Some of these, such as Cities: VR, and Jurassic World Aftermath, are just straight ports that add VR functionality, so we're not going to spend too much time on them. They look great, and if you're a fan of either game then you'll probably enjoy them just as much in VR as you do in regular meat space.

The Dark Pictures: Switchback VR is an interesting swap for Supermassive Games. Where most of their titles these days are narrative adventures, Switchback VR is actually a rail shooter where you're on a roller coaster going through some demon-infested amusement park. It was also trademarked earlier this year, but without the VR part at the end.

Crossfire: Sierra Squad comes from the makers of CrossfireX and is a more well-rounded shooter. Players command an elite fireteam attempting to stop bad guys from launching a bioweapon. There are 60 missions, 17 enemy types, 39 weapons, and you can throw those grenades right back into the enemy's face.

Want something more WW2-themed? The Light Brigade is another VR shooter where you can move around a procedurally-generated world, unlock new guns, unique spells, classes, and shops, and you can do it on the regular PSVR too. Ditto Hello Neighbor: Search and Rescue. Owners of Pistol Whip on the original VR will get a free upgrade to the PSVR2 version.

Zenith: The Last City is very interesting as it's a VR MMORPG that's been on Steam's early access since January. The game has come a long way and developer Ramen VR just released a roadmap with a ton of new features coming to the game, including a massive graphics update.

After the Fall is already available on Steam and is just going to add some of the PSVR2's haptics and eye-tracking, so get a preview there and then get in on the PSRV2 if you want the full experience. And I'm sure Tentacular is going to be absolutely phenomenal based purely on the title alone. Expect all these games to arrive sometime in 2023, with many going up for pre-order on November 15.