Gacha games tend to be available on mobile and PC platforms and are often free-to-play. The in-app purchase options vary from optional speed up progressing to required unlockable aspects needed to level up. Though most people avoid gacha games – both because they dislike the in-app purchase pop-ups and because the word ‘gacha’ has such negative connotations -, the games themselves can be quite fun.

Chances are you’ve played a gacha game at least once. If you have, you know they are addictive, relying on the dopamine hit you get as you earn your way to the next level. Some are pure action and battle gaming, but some also have highly story-driven plots, allowing you to choose your own pace.

11 Another Eden: The Cat Beyond Time And Space 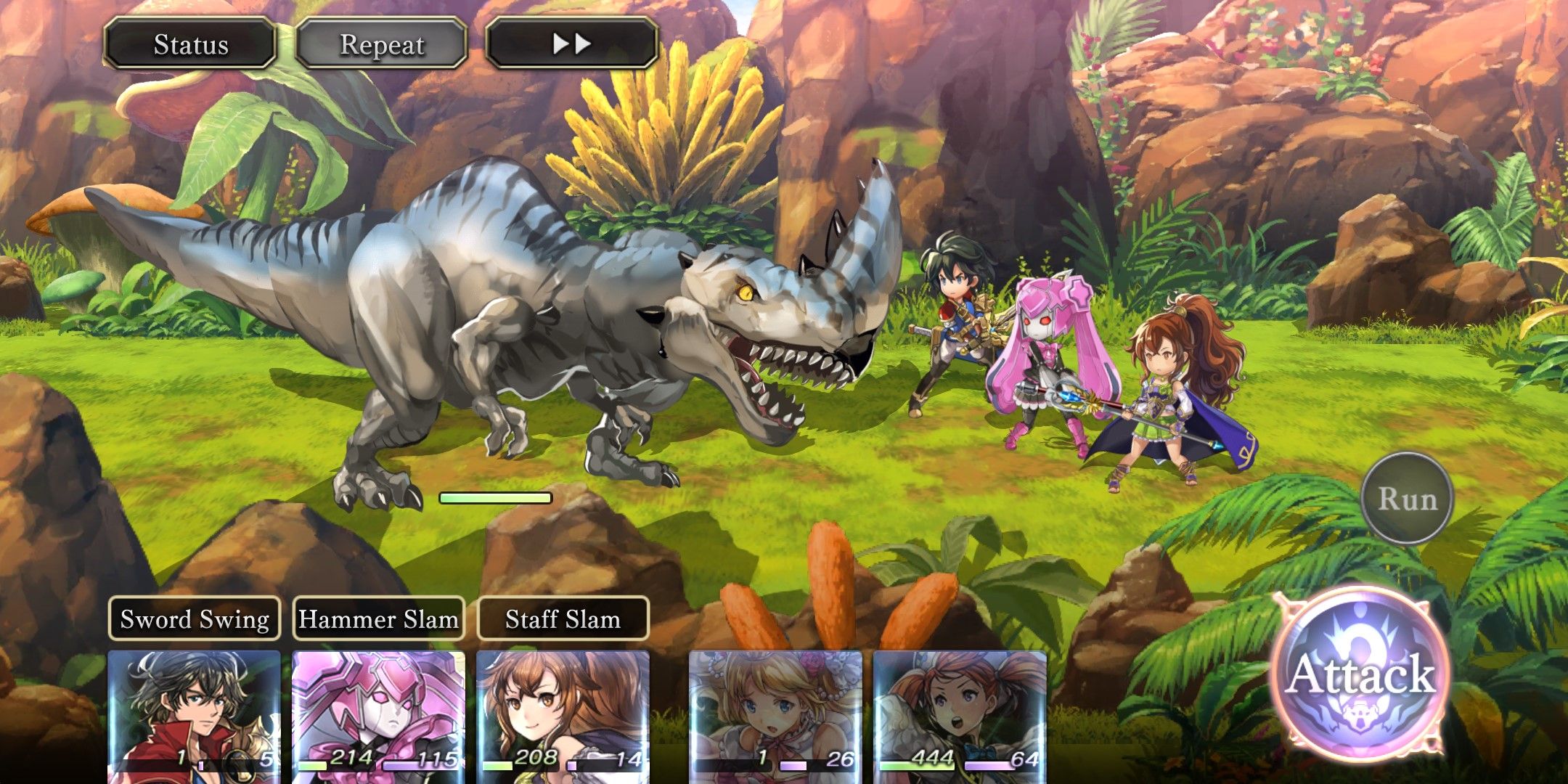 Aside from having one of the greatest subtitles in gaming history, Another Eden is a classic Sci-Fi RPG with cute and well-thought-out graphics. The game is story-heavy, following you as a time traveler with your pet cat, a very unique concept to say the least.

The only truly gacha aspect of Another Eden is in-app purchases for gaining new characters. If you’re satisfied playing with the default characters, however, you can play it 100 percent free without issue. 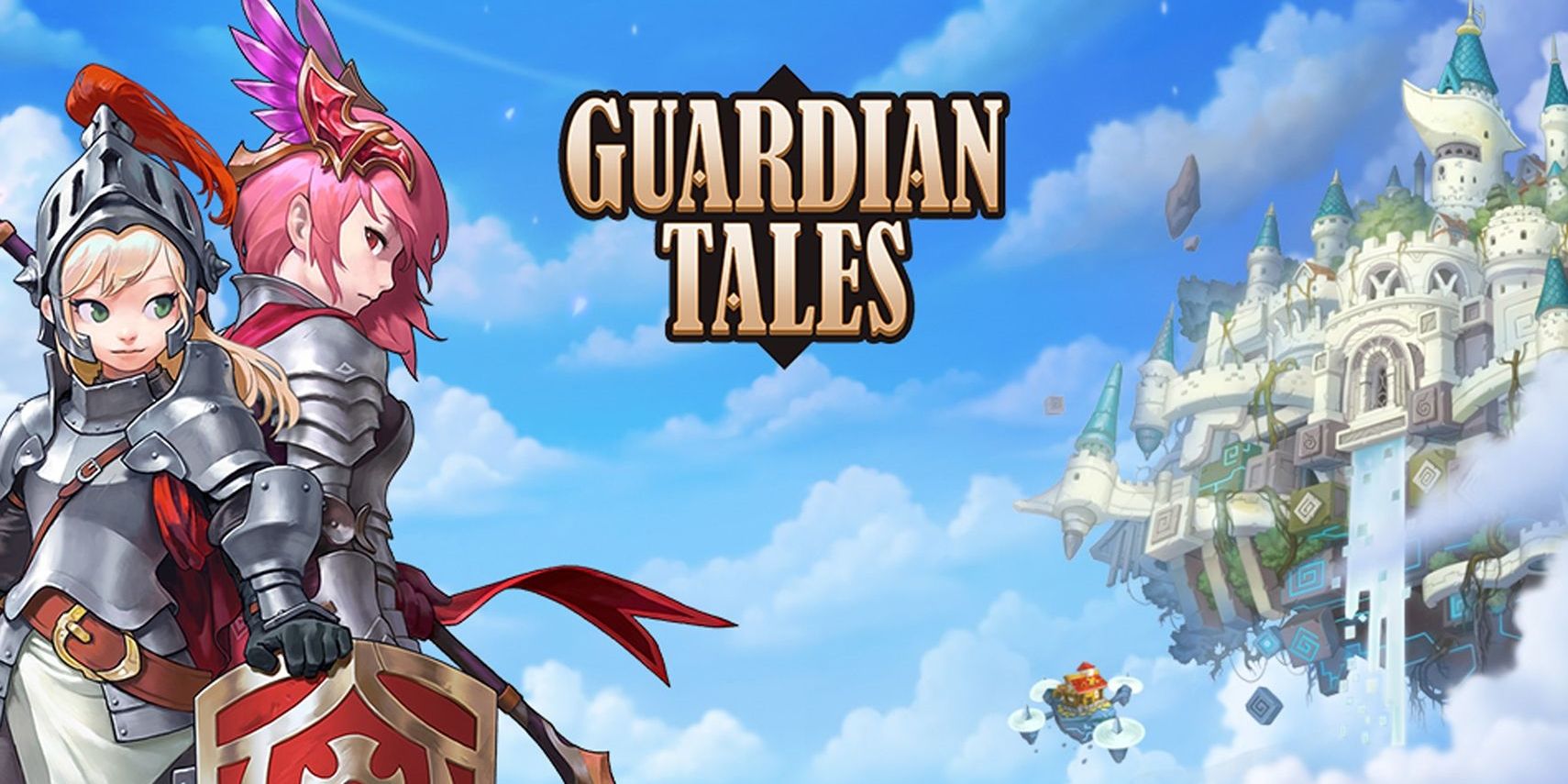 An action RPG, Guardian Tales mixes puzzle-solving and strategic combat together to make their gameplay. There are options for PvP battles, complete with rankings, giving it a competitive edge and a sense of community other gacha games may lack.

The overall story is light and fun with comical characters and situations. The graphics are done in an anime style, centered around knights in the city of Kanterbury (an obvious nod to The Knight’s Tale in The Canterbury Tales by Geoffrey Chaucer). 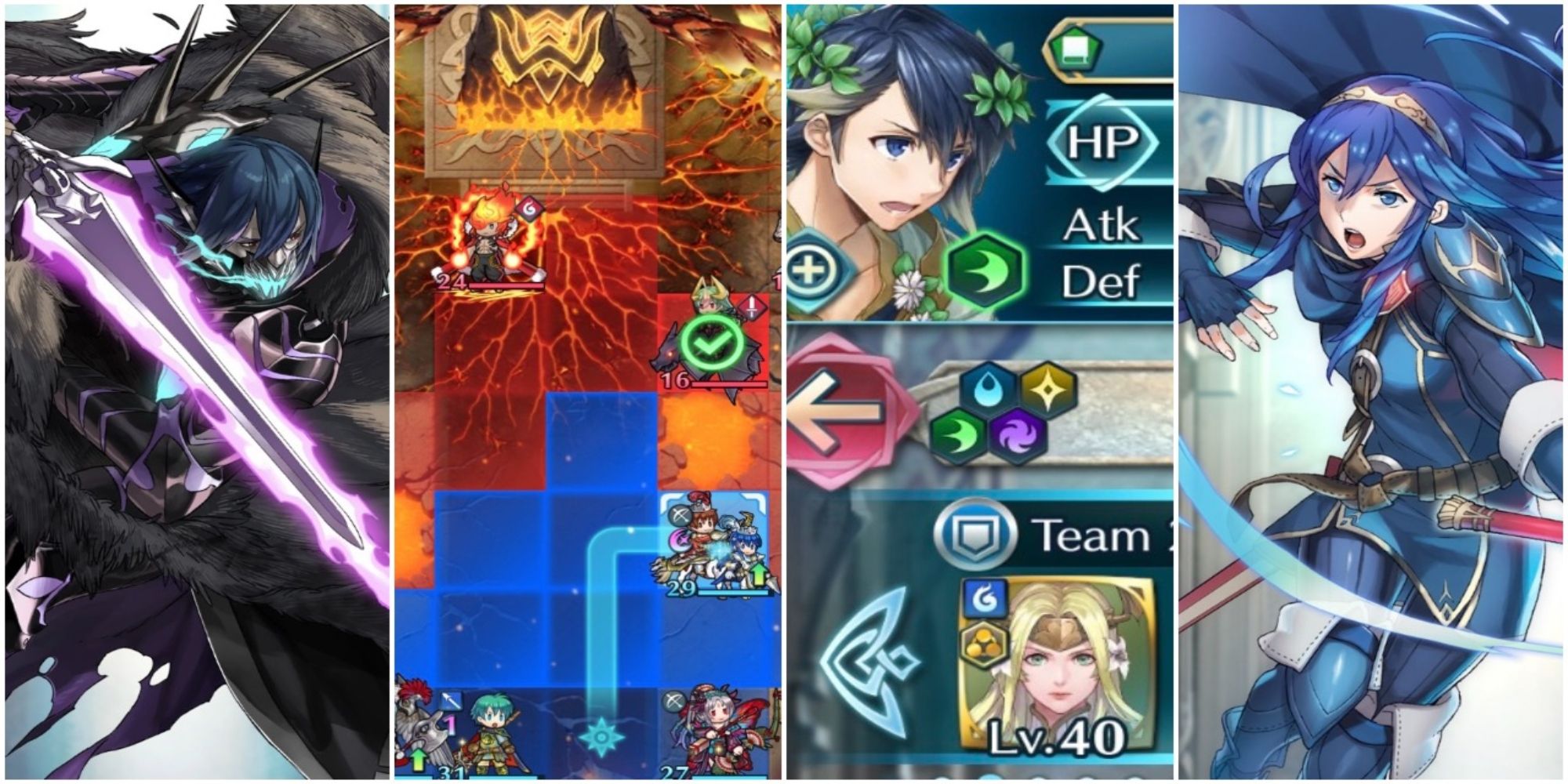 A tactical RPG, the game is over 30 years old and is now available in the gacha format on mobile. As a Nintendo title, its history and branding make it an obvious choice when considering reliable and fun gaming. There are story-based quests and battles, all of which are family-friendly.

The in-app purchases are mainly for enhancing characters and gaining equipment to beef up your stats fast. It’s possible to play Fire Emblem: Heroes without spending money, as long as you’re willing to grind and wait for timed stats to regenerate. 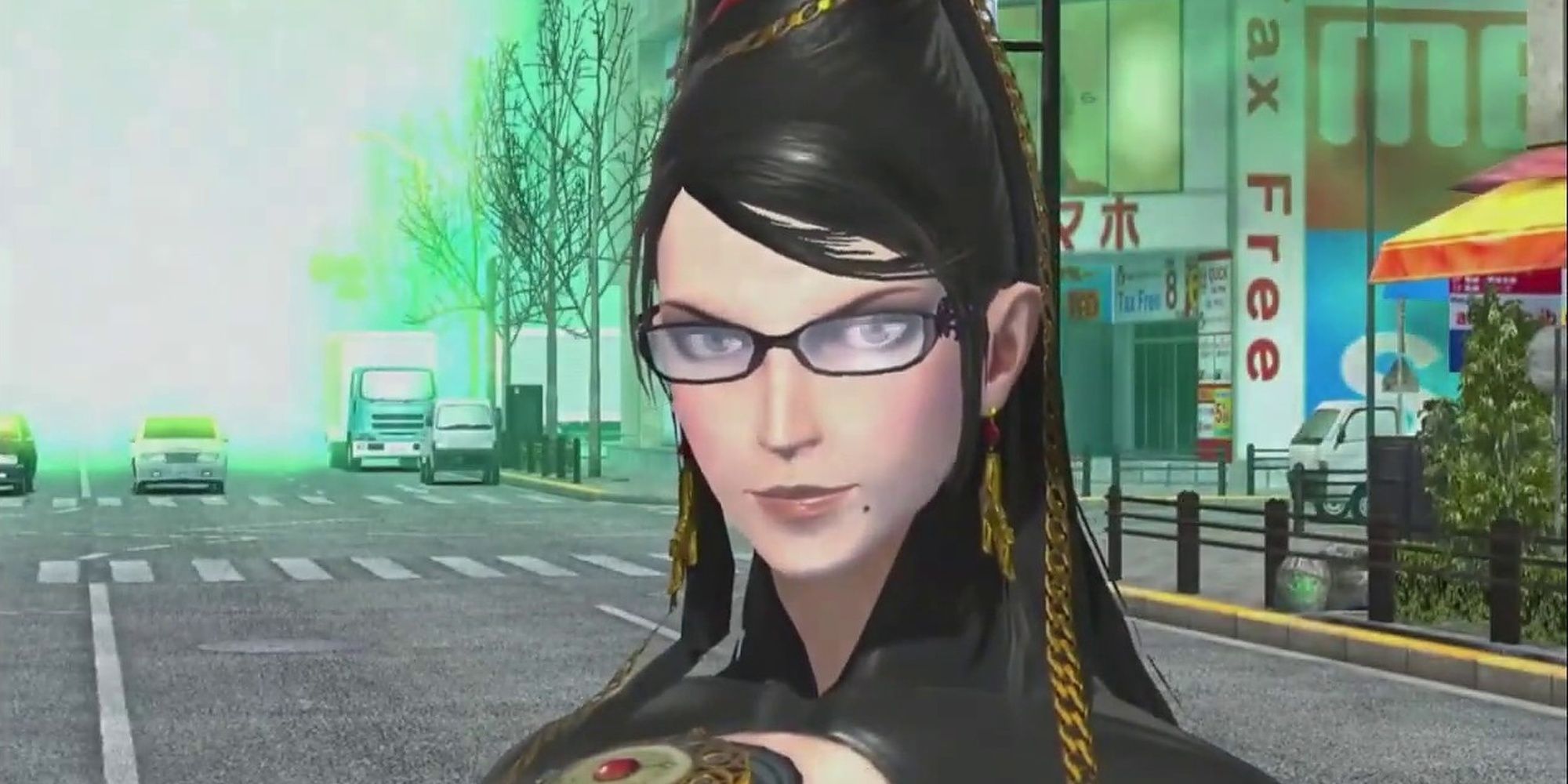 A classic RPG from another gaming titan, Sega, Shin Megami Tensei: Liberation DX2 is an off-shoot of the canon SMT games, featuring new stories and characters. The character you play as, as well as your party, are fully customizable, and there are over 100 demons to wage war against.

SMT: Liberation has a deep story-telling aspect carrying the game along, making it easy to sink time into it. In-app purchasing is primarily to unlock features and character options, so it is possible to play the game with little to no spending. 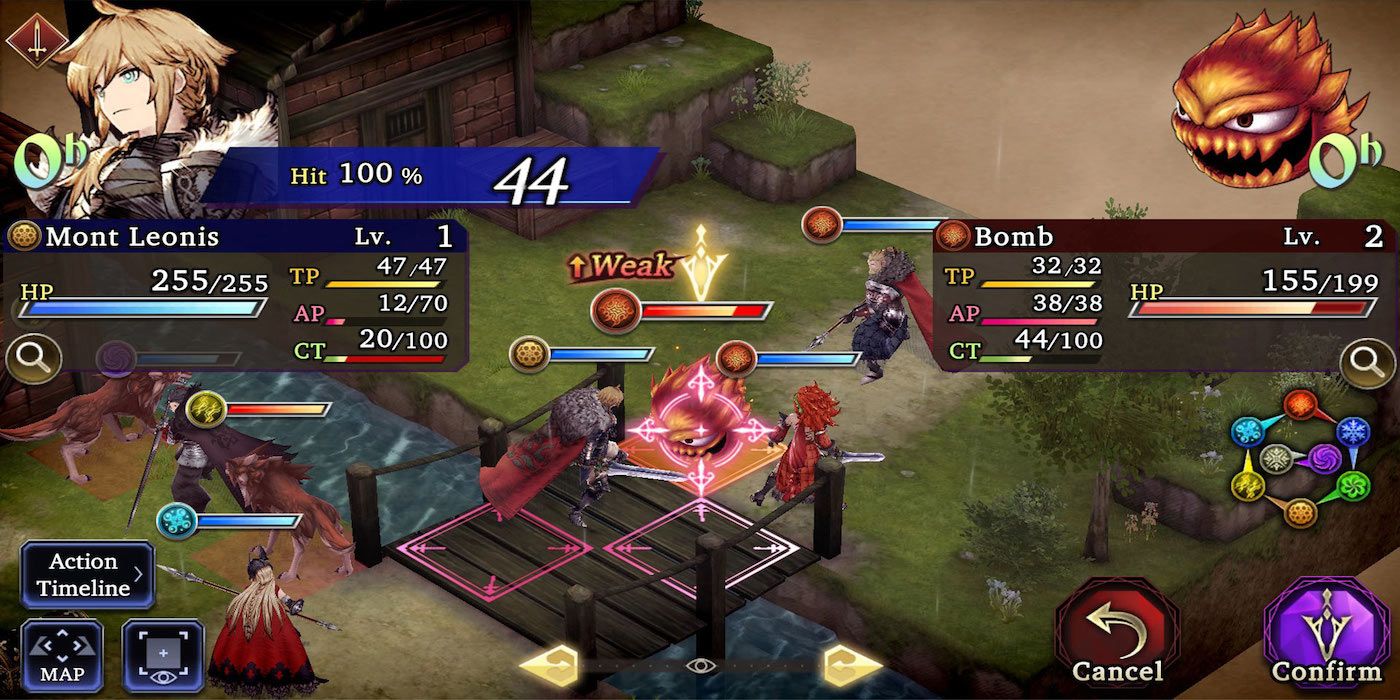 A classic RPG from the Final Fantasy series, the mobile battles are simple in style for easy play. There’s strategy-based gameplay, and PvP battles, along with open-world elements. You can explore hidden paths and dungeons during the main story or side quests.

Brave Exvius does a solid job of capturing the overall world of Final Fantasy in a smaller medium and with a story as strong as the large releases. When it comes to in-app purchases, you’ll find them most enticing when trying to level up or beef up your character in PvPs. 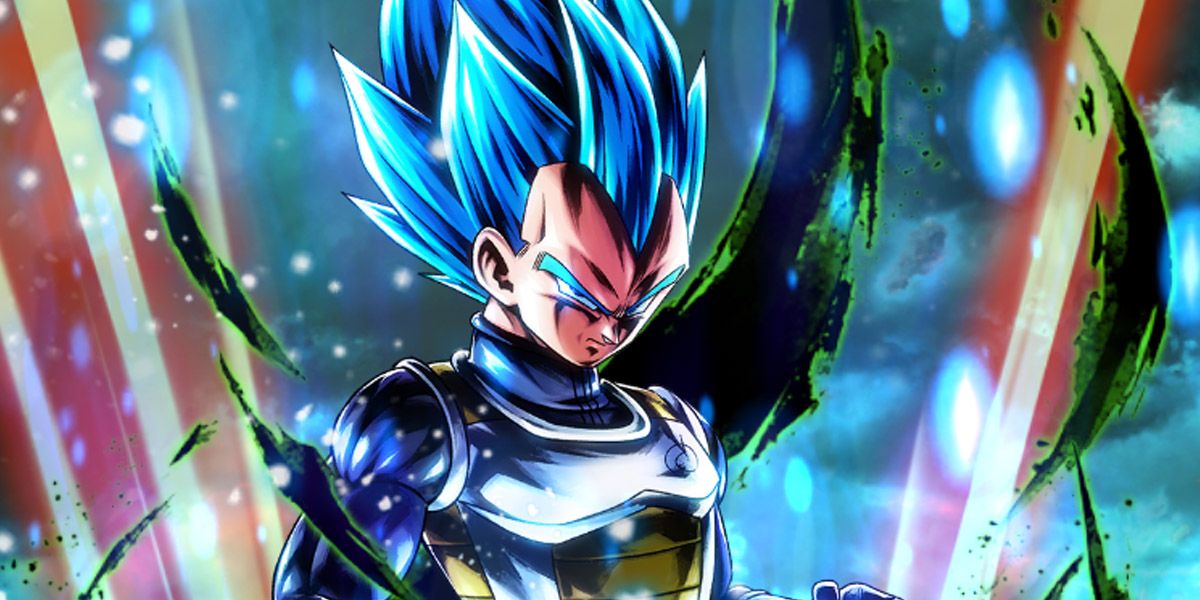 An action RPG based on the iconic anime, Dragon Ball Legends brings an original story and brand-new characters to the ever-expanding world. You can also play as familiar characters from Dragon Ball if you don’t want to learn all new people.

There are non-ranked battles and PvPs against friendlies and rivals. Though you can play it completely free, there are times when in-app purchases can help you level up and get past certain battles if you’re struggling on your own. 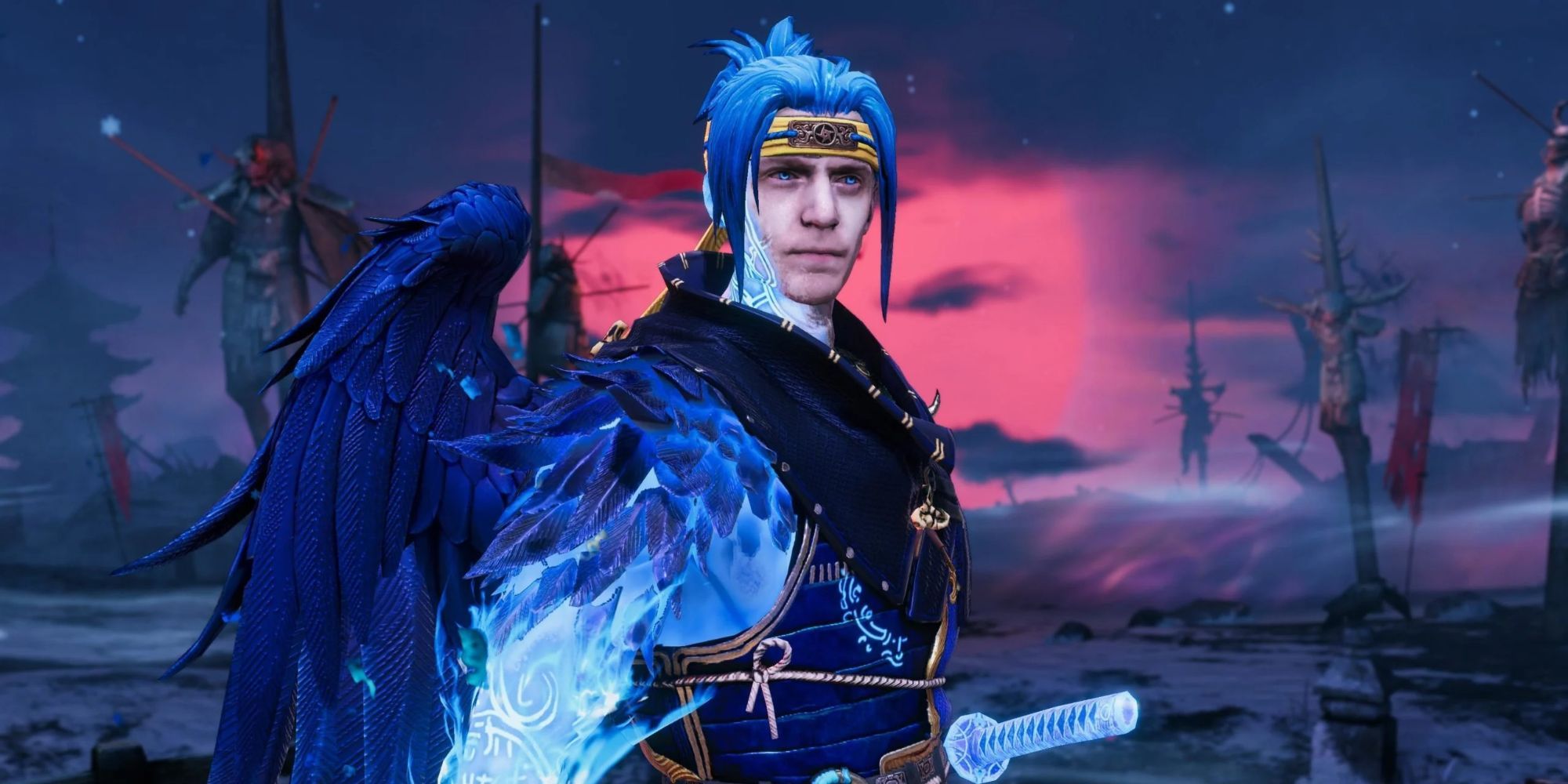 Calling themselves a ‘freemium’ RPG mobile game, Raid: Shadow Legends has you battle against mythical characters. There are over 100 playable characters to choose from, all in the mythic/magic/fantasy realm.

You can play the base game entirely free, but there are limits on what you can access without paying. In-app purchases will unlock characters, items, and other features for you to continue your gameplay. 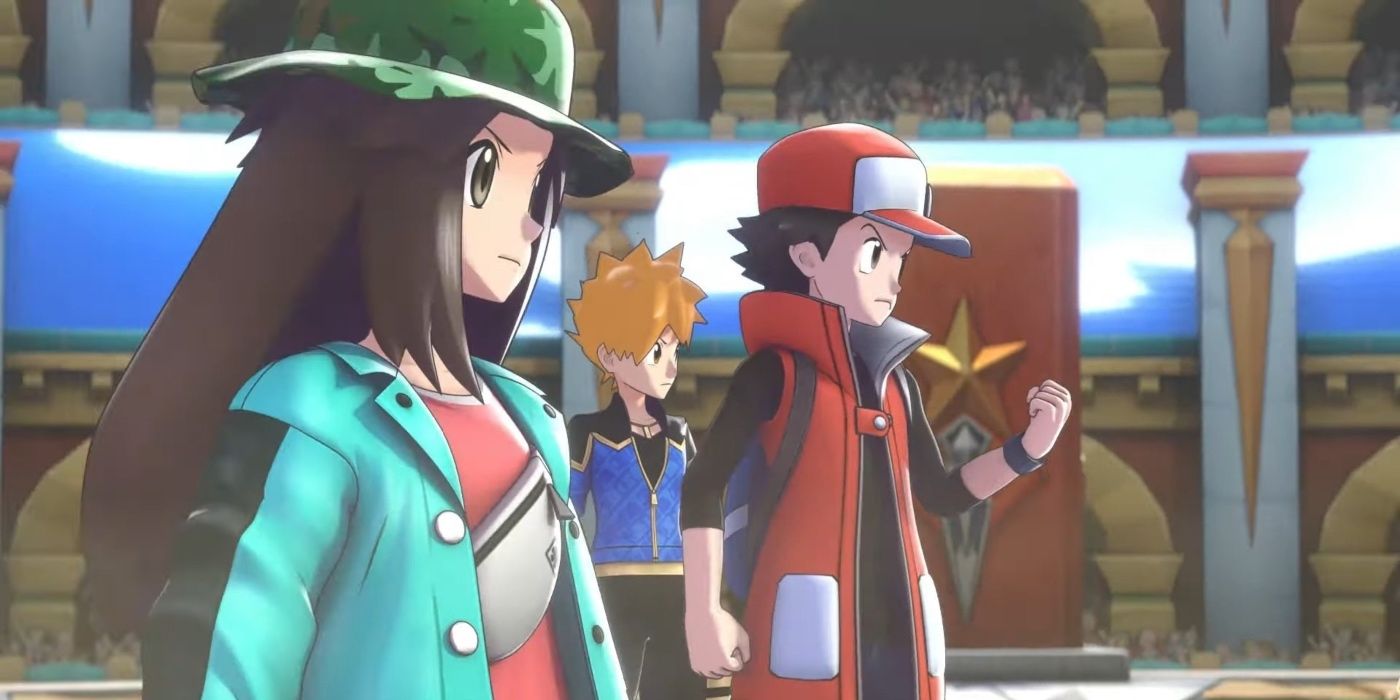 Another iconic name in gaming, Pokemon built their gacha game to make in-app purchasing entirely optional. You can play the game 100 percent free, or pay for extras or faster boosts. There are new stories available to play with class trainers from the previous games, too.

You work to build up your team for 3v3 battles with other trainers. The motives are the typical goals of all Pokemon games – catch ‘em all and battle to be the best trainer in the world. 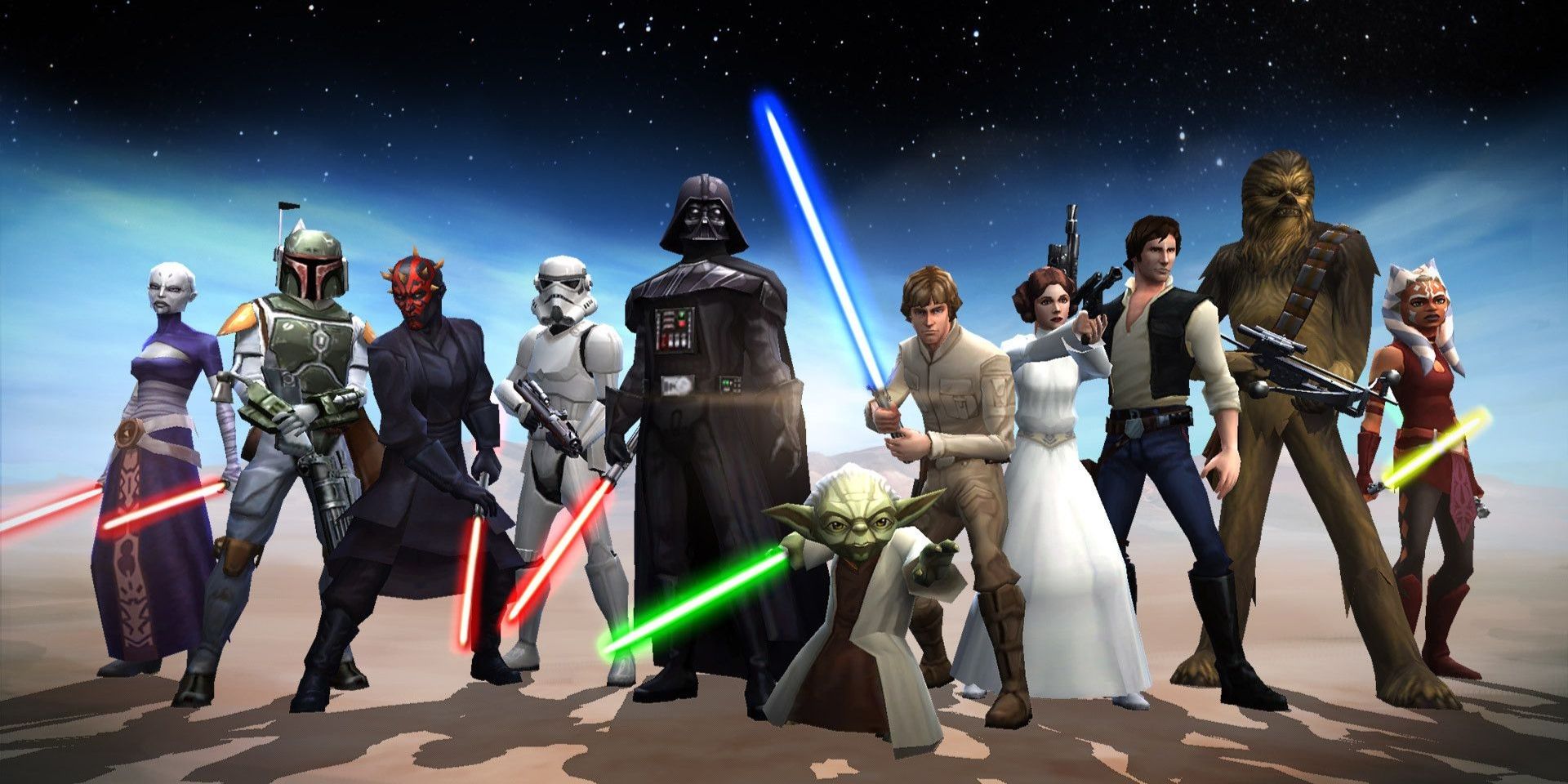 In-app purchases are required for certain characters and some advancement in the game, but other purchases are fully optional. The amount of money you sink into Galaxy of Heroes is up to you. 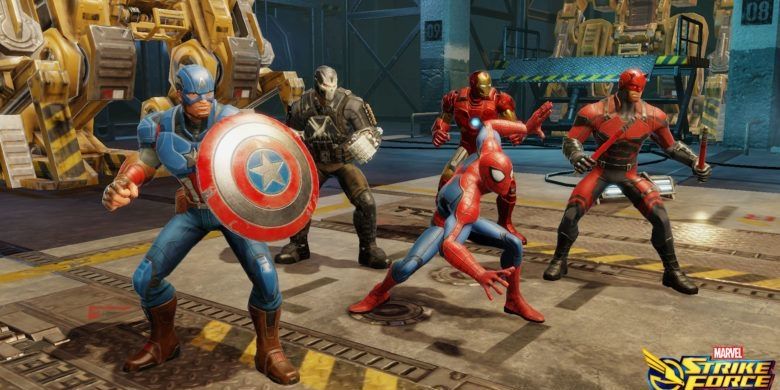 Marvel and Disney have released multiple gacha games, but Strike Force has been the most successful, generally. It’s a turn-based RPG with single and multiplayer options. A wide range of classic Marvel characters are available to play with (and against) – and the roster is constantly updating.

Real-time arena play makes the game battle-based, with a less strong storyline, but it does hit on plot points from the comics and films. In-app purchases are predominately to unlock characters and equipment, though not necessary to play. 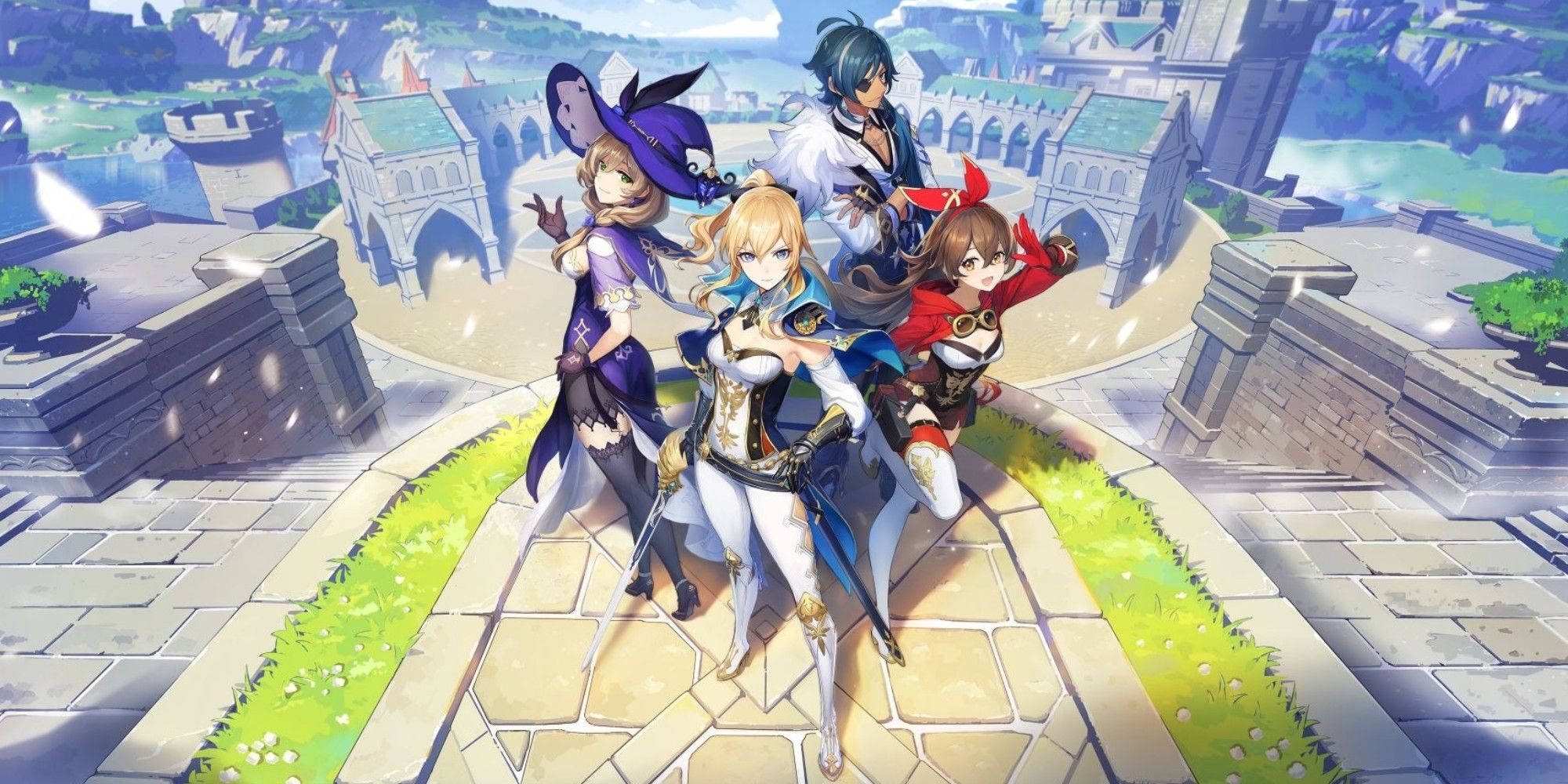 A cute and fun RPG with a fully plotted-out storyline, Genshin Impact has fantasy elements mixed with action-adventure in an open-world format. There are always new characters being added, as well as weapons, all of which you can earn through gambling in the Wish Events — or you can purchase them outright.

All purchases are entirely optional, though, and the game is playable without sinking any money into it. The co-op mode in Genshin is limited, but as a solitary game, it offers countless hours of content free of charge.