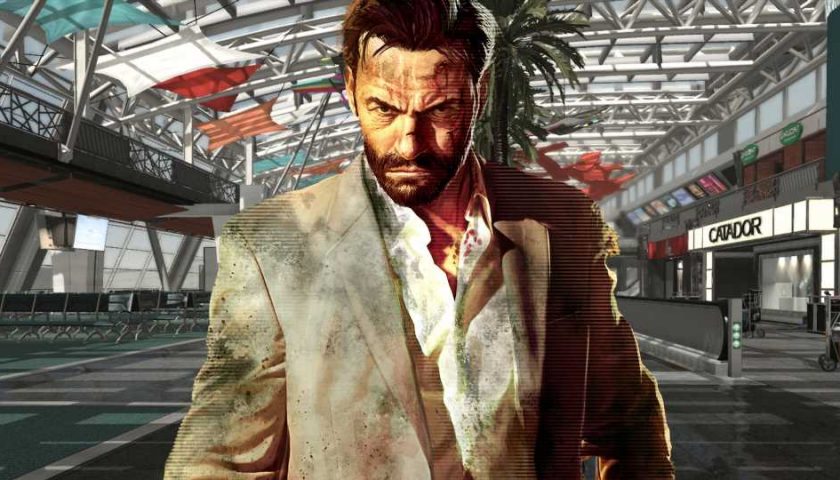 Ten years ago, Rockstar launched Max Payne 3. Set in sunny São Paulo—a far cry from Max's home city of New York—it's one of the most exciting, lavishly produced third-person shooters ever made. It's deeply simple at its core, but elevated by its thrilling choreography, the impressive density of its destructible levels, and its breakneck pace, which doesn't let up until the credits roll. It may lack the quirky Lynchian strangeness, mythological undertones, and peculiar dreamlike quality of the first two games, but it doubles down on the pulpy grime and balletic action.

Much of the game's power comes from its score, which was written and composed by noise band HEALTH. This was an inspired choice by Rockstar, with the group's pounding drums, reverb-laden guitars, and heartbeat-like synths perfectly complementing the desperate, violent urgency of the action. The most memorable musical moment in Max Payne 3 comes in the final chapter, where Max finds himself being pursued through a busy international airport by an army of corrupt cops. This is the game's defining level, and it hits just as hard today as it did a decade ago.

Piratininga Airport, Thursday, 2:07pm. Max walks conspicuously through terminal 2, face bruised, white shirt speckled with blood, hiding behind a pair of dark oversized sunglasses. "I knew they were looking for me," he monologues. "But the airport is the only place a fat gringo might blend in. Well, there or a sex club." Alas, such is the relentless, unbroken nature of Max Payne 3—which bolts along without a single mid-game loading screen or a moment of merciful peace—within minutes a pair of suspicious cops have made him and the shit immediately hits the fan. 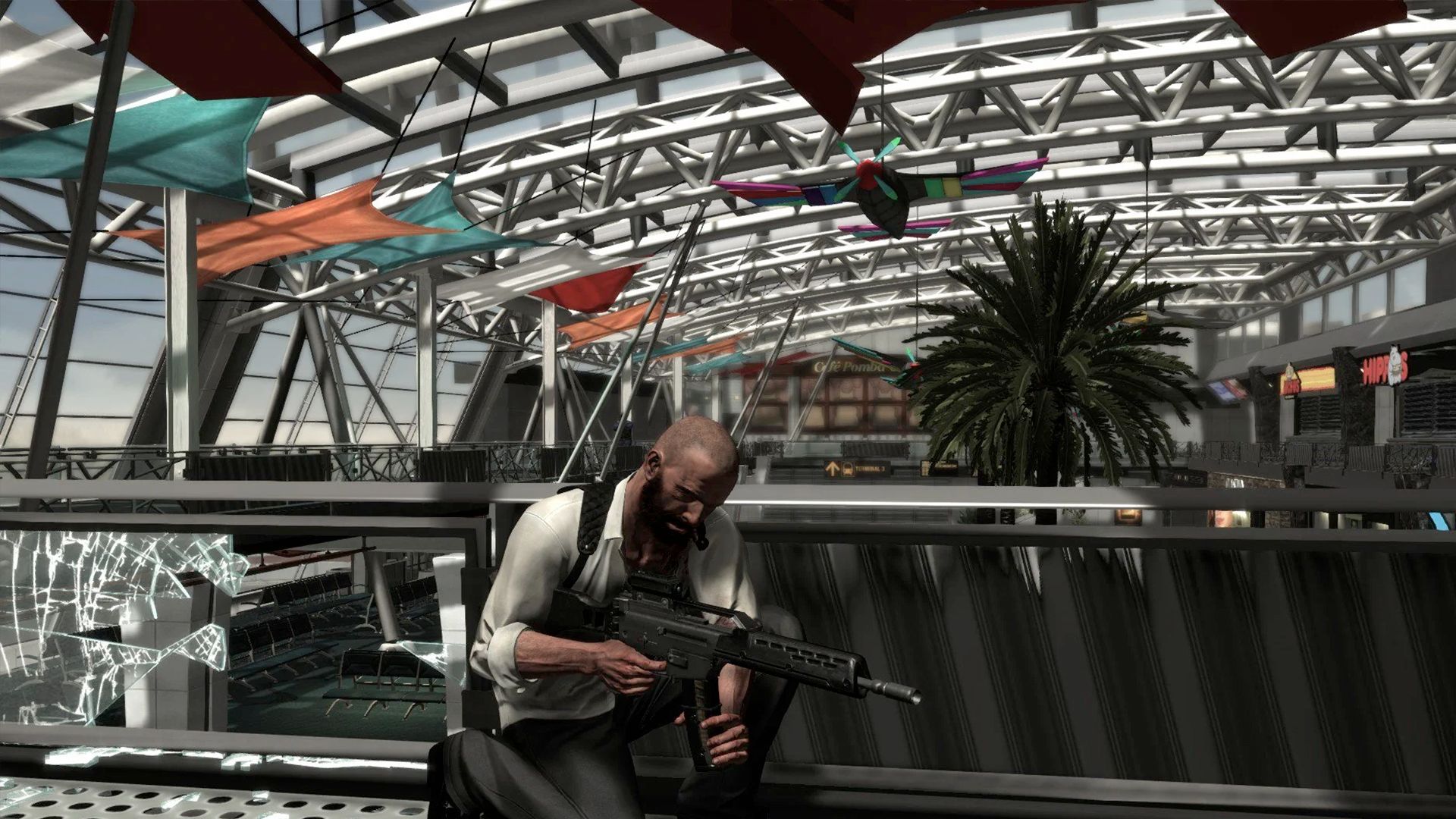 In one of hundreds (maybe thousands) of sharp, seamless transitions between cutscene and gameplay, Max flings himself onto the conveyor at a baggage drop desk and finds himself lost in the labyrinthine bowels of the airport. Knowing he's destined for another firefight, he takes off his jacket, loads his pistol, and removes his sunglasses. When he reveals his eyes, there's a piercing flash of white light—a reminder that our hero is doing all of this while suffering from an ungodly hangover. There's no time for the usual poetic metaphors here. "Come on, you bastards!"

This is our first taste of violence in the level. In a shootout that I'm certain is a nod to Die Hard 2, Max rides on luggage conveyors, slow-motion dives between piles of suitcases, and takes out seemingly endless waves of enemies pouring in from the rafters above. He makes his way upstairs, fighting through a maze of service tunnels that snake through the innards of the airport, before emerging into another terminal. This kind of level structure and flow—tight, twisting corridors suddenly opening up into airy, combat-filled open spaces—is pretty typical of Max Payne 3 as a whole, but this is the most memorable example of it.

Then, as heavily armed cops flood the departure lounge, there’s a shift in the music. We hear a throbbing bass drum, then a rhythmic, repeating industrial loop, followed by a soaring, tormented guitar, and, finally, ethereal vocals drifting into the mix. This is TEARS, an incredible piece of music and the standout track on the Max Payne 3 soundtrack. It's a goosebump-inducing moment, giving Max's desperate charge through this enemy-infested space a feeling of incredible drama and scale. Glass explodes and gunfire echoes as Max gives them hell.

This sequence perfectly illustrates the brilliance of Max Payne 3. It's by no means a complex set-piece, but the choreography, pacing, visual design, driving sense of purpose, and, of course, that music makes it so much more than the sum of its parts. Like Max, you know the end is drawing near, and you really connect with his burning desire to stop the bad guys and end this nightmare once and for all. The use of vocals in the score, which don't appear anywhere else, tells you that this is an important moment—for you and Max. The culmination of 10 hours of blood and chaos.

The level continues for another ten or so minutes, leading to a runway chase that seals the fate of the villain and ends the story. But for me, the firefight in the departure lounge is the game's true ending. It's a reward of sorts too. A fairly challenging battle, sure, but at this point in the game you have both the skill and the weapons to just enjoy yourself. It's hugely empowering, and knowing Max is about to defeat the people who have been trying to kill him for days is exhilarating. All these emotions, plus that stirring music, makes this more than just another action set-piece.

Max Payne 3 makes up for its simplicity through sheer force. The way the levels explode with particles—glass, wood, paper, brick, blood—makes its firefights feel thrillingly cinematic and unpredictable. HEALTH's dynamic score, which reacts in real-time based on how you're playing, creates a unique sonic landscape the likes of which I've never heard in any other video game. I do wish Rockstar had gotten a little weirder with it, because that surreal edge is a big part of why I love these games. But otherwise Max Payne 3 is a worthy follow-up to Remedy's originals, and Max's last stand in the airport is one of the best moments in the whole series.