In Dungeons & Dragons, players possess an unrivaled degree of freedom when creating their characters, able to choose from a wide assortment of classes, subclasses, backgrounds, and races to distinguish one’s character. While it’s easy for players to get wrapped up in the stats, abilities, and combative capabilities of their character, it’s important for players to not lose sight of the character themselves.

As D&D is first and foremost a roleplaying game, creating a fleshed out character can allow a player to better immerse themselves in the game, without simply playing a character that is a direct reflection of the player. So today, we’re going to delve into the most integral things that a player should know about their D&D character before playing in a campaign!

10 How Is Their Morality Defined? 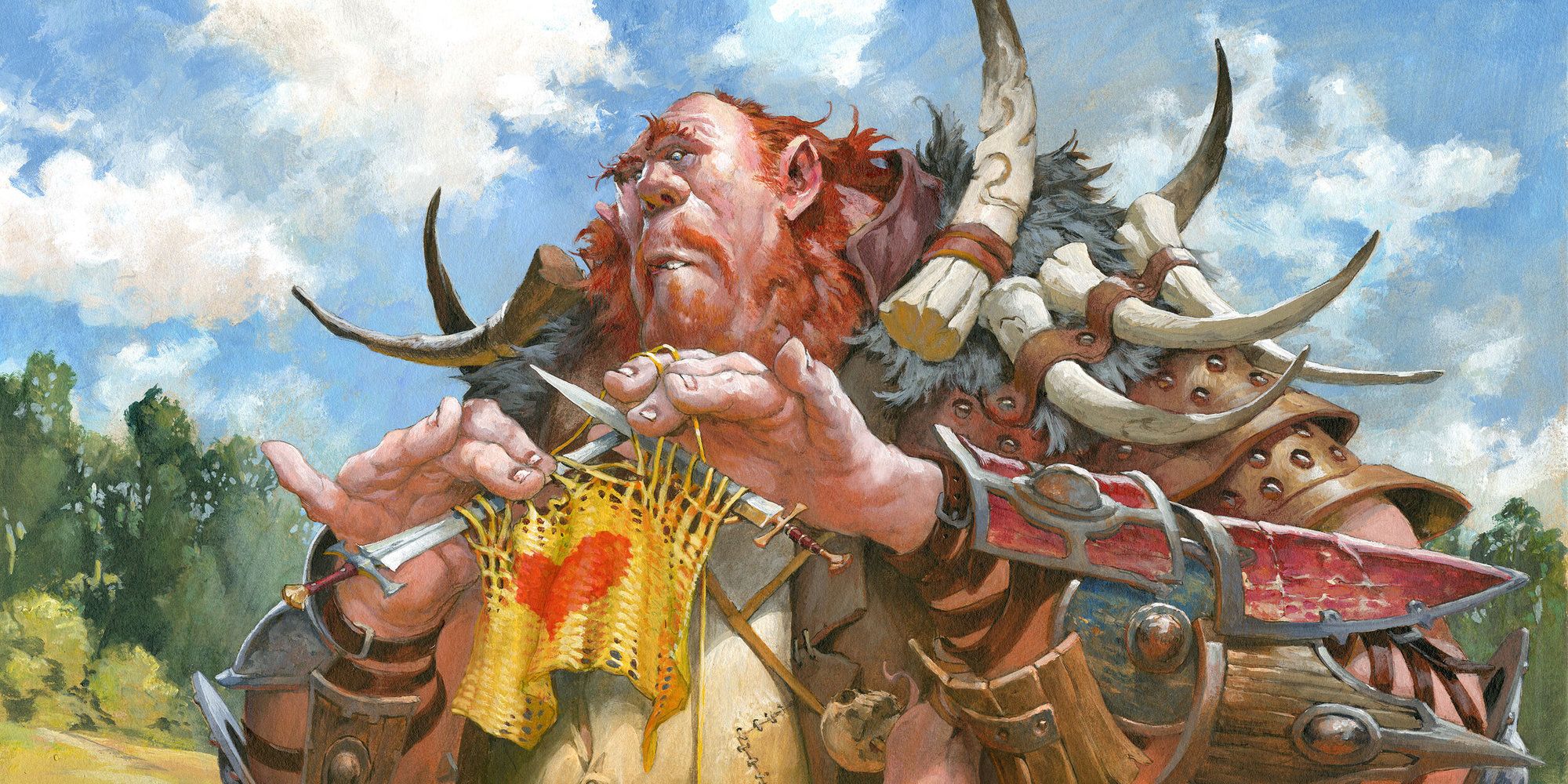 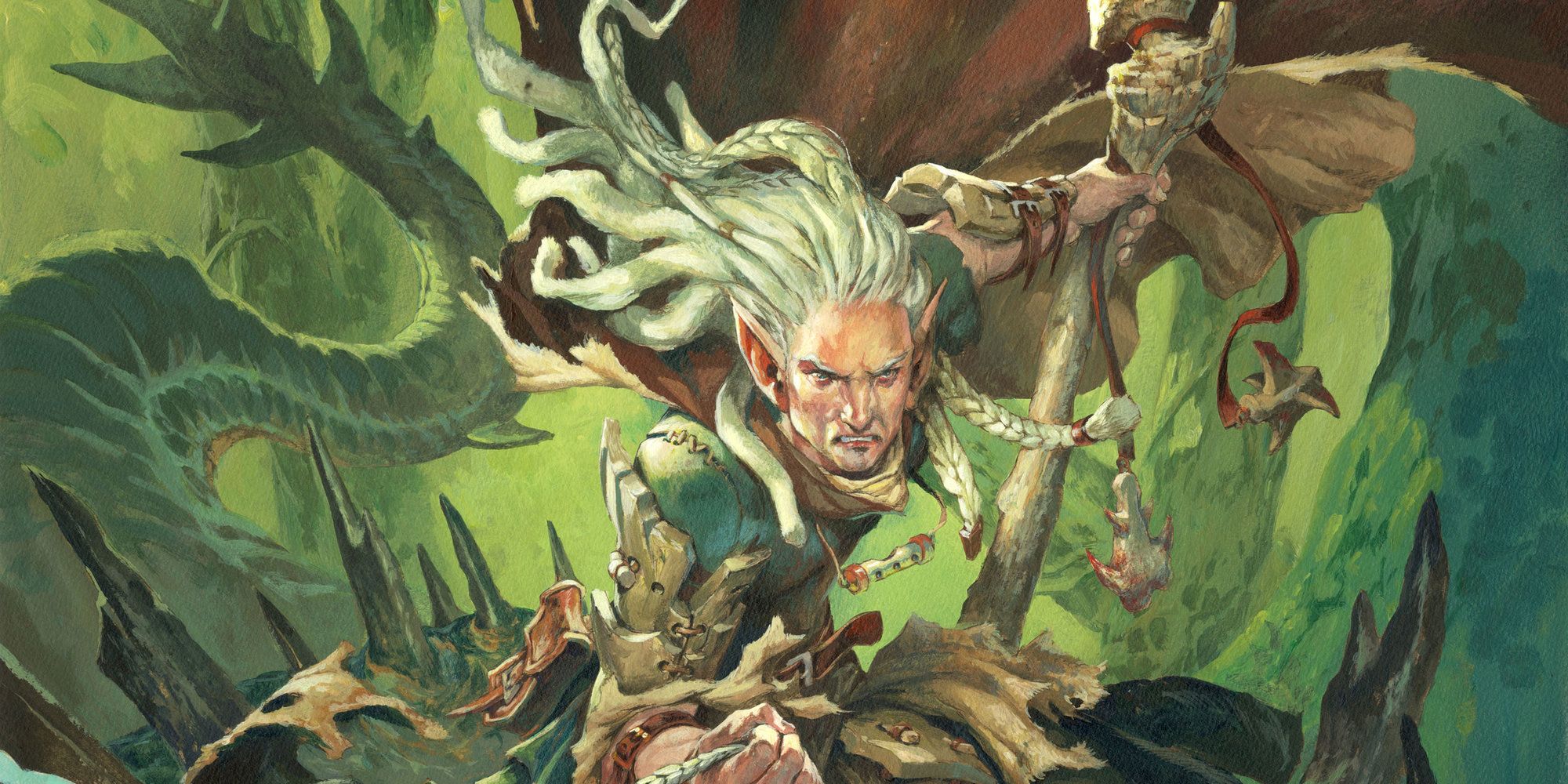 Character motivations are integral in any game or piece of fiction. Without motivation, a character frankly has no reason to act at all. There are countless ways that a player may go with their character’s motivation, from trying to redeem a past wrongdoing, trying to help others, or simply trying to achieve a more self-oriented goal.

Like with figuring out a character’s morality, deciding their primary motivation for adventuring and being in a campaign can also help a player figure out their character’s alignment based on how selfish or selfless it may be.

8 What is Their Ultimate Aspiration? 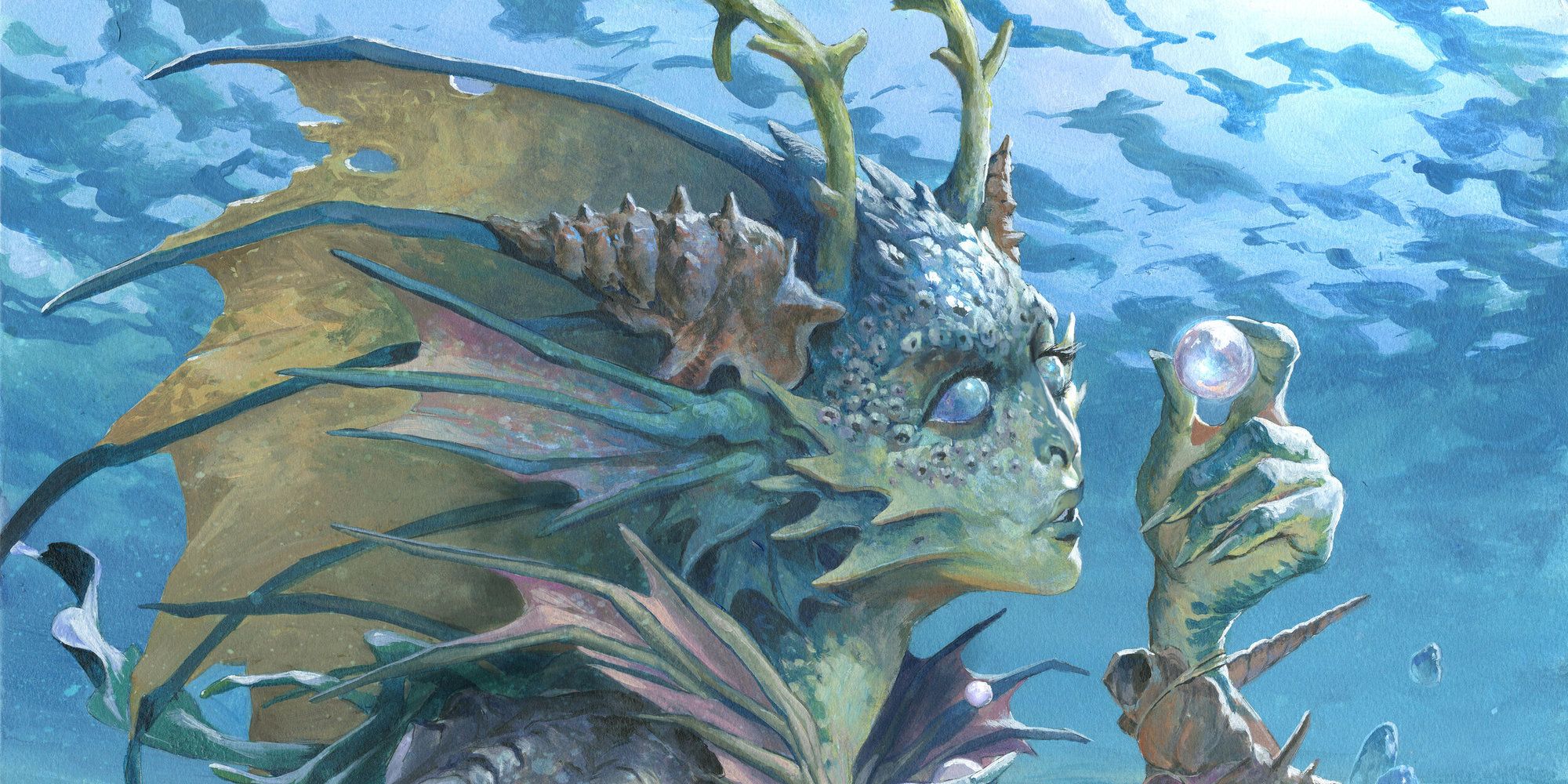 Even larger than a character’s base motivations in a campaign, knowing a character’s greatest desire can really say a lot about them as a person. For example, if one’s character was given the ability to make one wish with no strings attached, what would it be? How feasibly attainable or unrealistic is this desire? Would it benefit those around them and the rest of the world, or would it only be in the best interest of themselves? If the character were able to achieve this goal, what would they do after?

7 What Lines Wouldn’t They Cross? 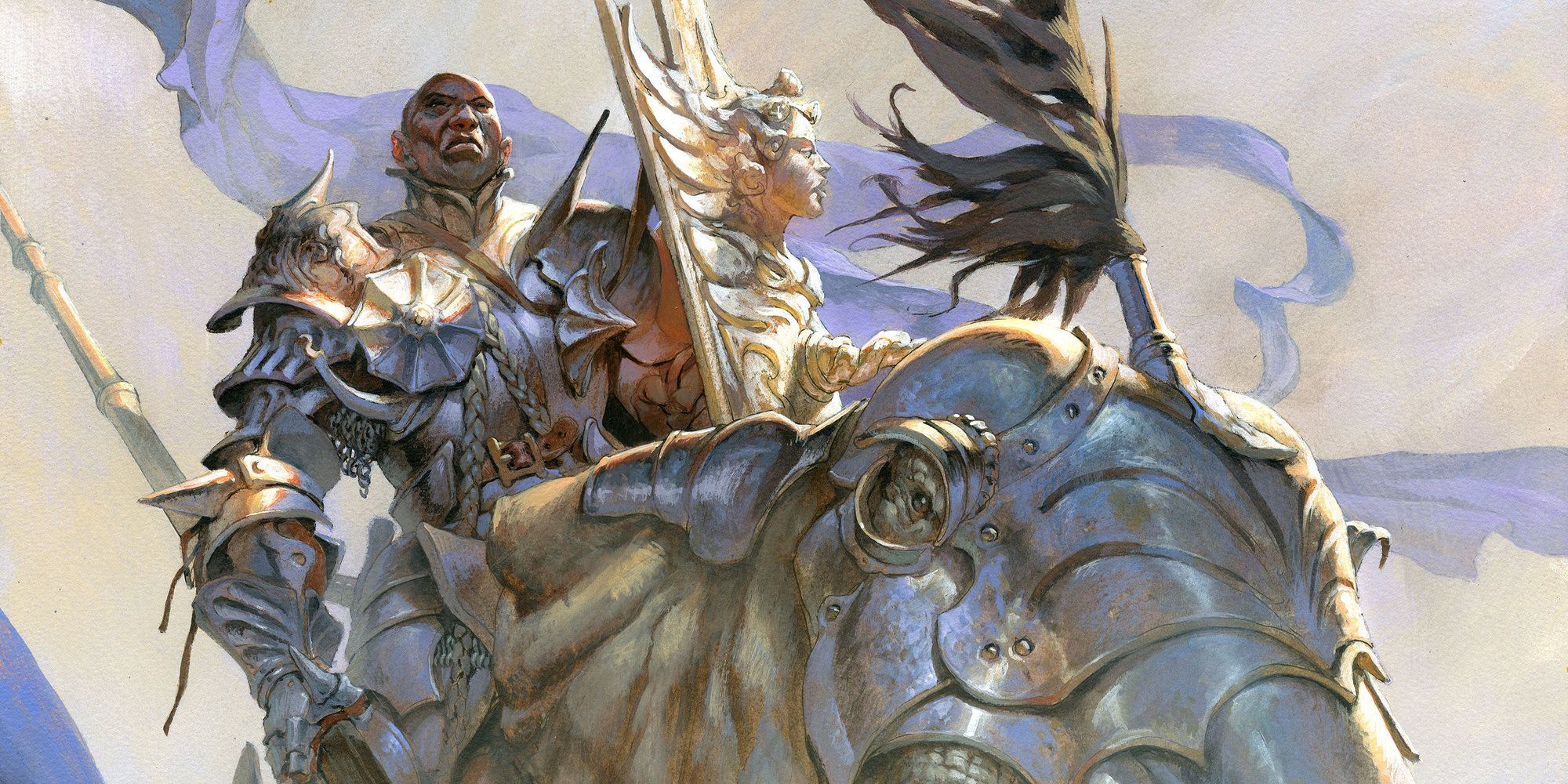 With a character’s desires and morality figured out, a player should figure out what is completely off the table for their character. What does a player’s character find so abhorrent that it would never be done in any circumstance. This can be rather complicated when bearing their goals in mind. What action would a character still refuse, even if it meant being able to fulfill their goals and ambitions?

6 What Lines Would They Cross? 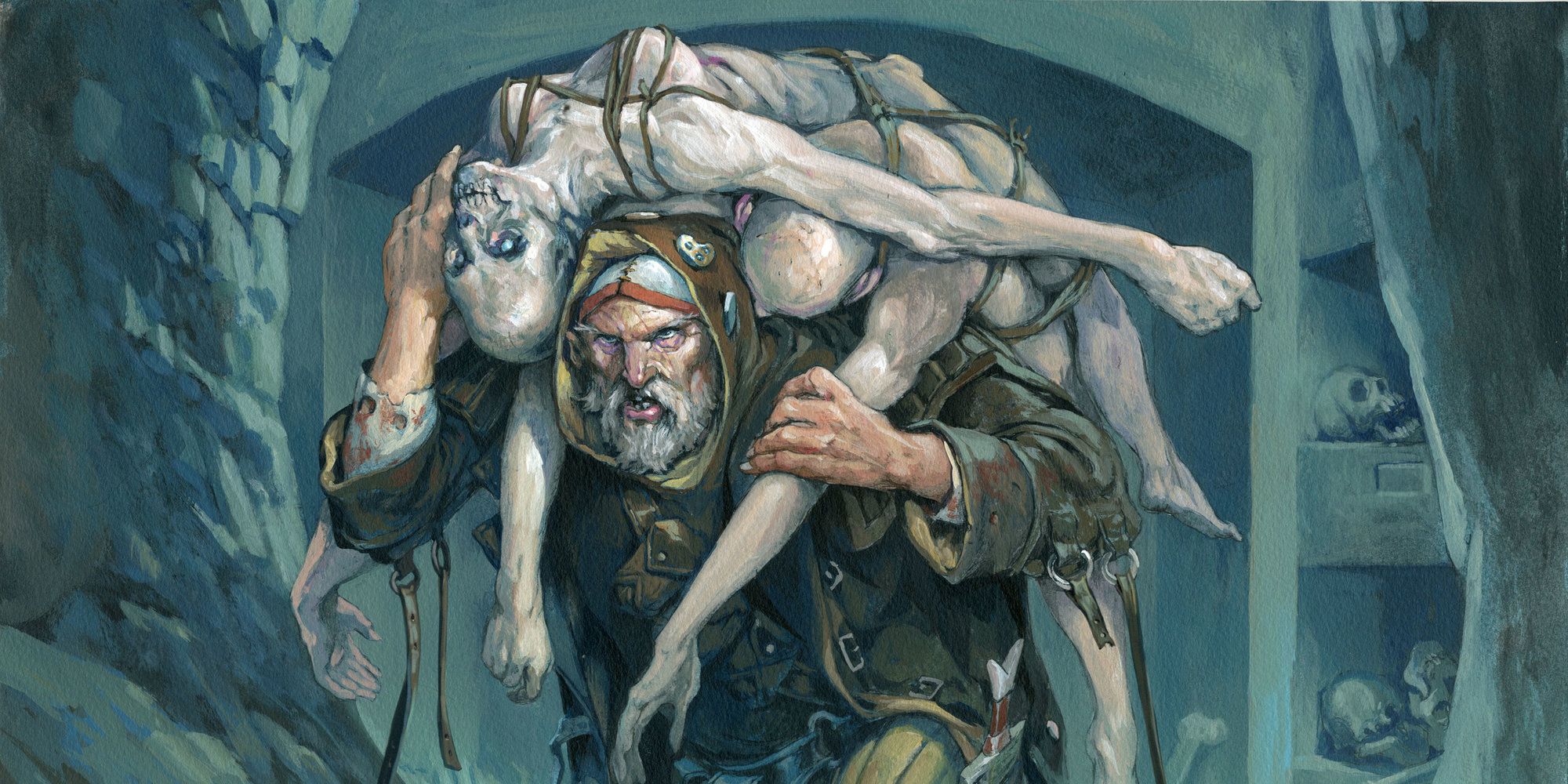 Conversely, even for a character with definitively set in stone moral guidelines, are they willing to make any exceptions under any circumstance? Something that many players tend to forget is that no character is perfect, and it’s not unnatural for a character to act out of alignment in a moment of moral ambiguity.

Evil characters are capable of performing good acts if its a means to an end, and similarly, a good aligned character can hypothetically perform an act of evil. What could convince one’s characters to temporarily put their morals aside for the goal? In other words, what lines are they willing to cross?

5 What Do They Fear Most? What Is Their Worst Nightmare? 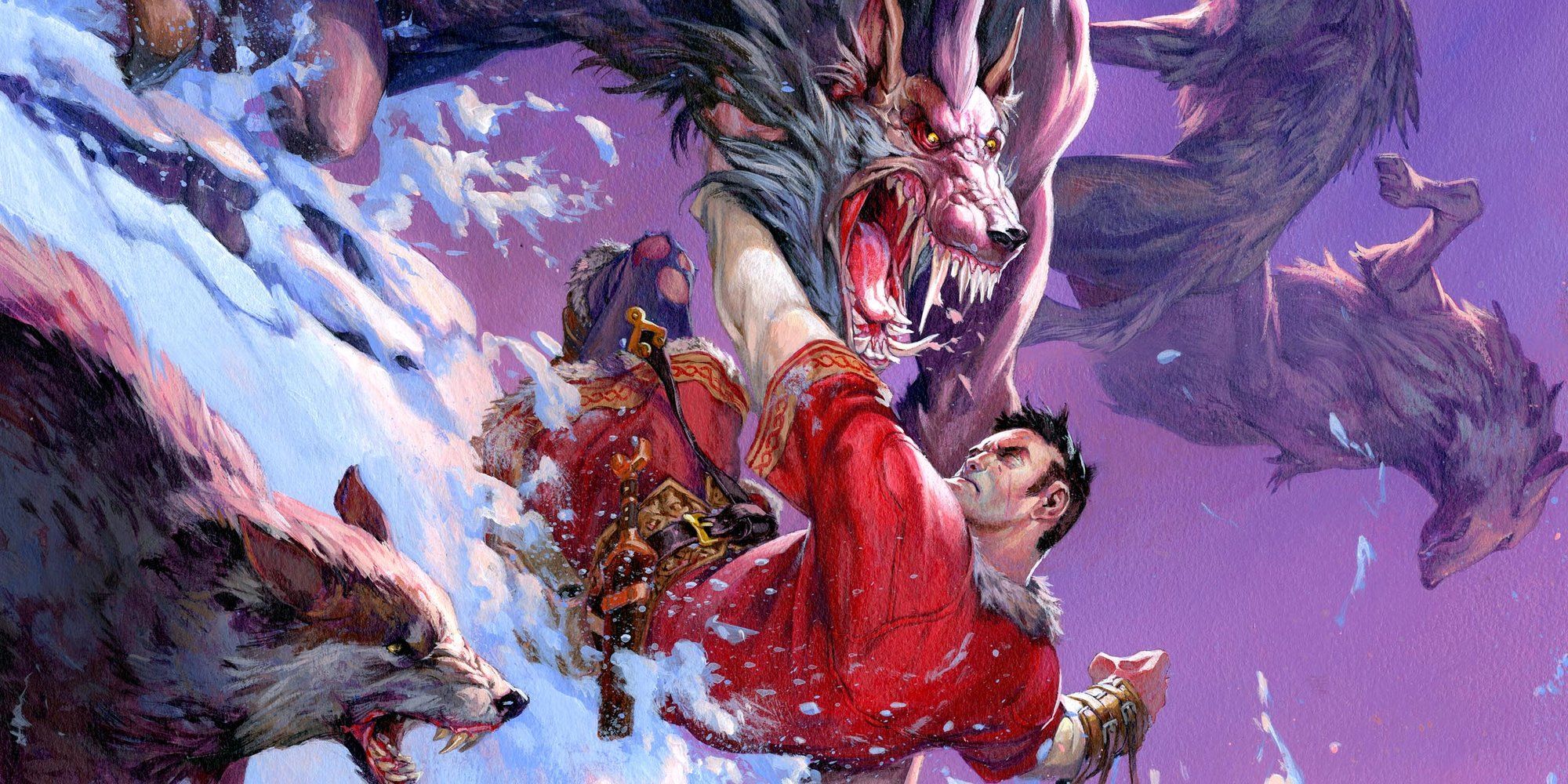 As much as players would love their characters to be as fearless and heroic as possible, providing a character with fears makes them much more believable and well-rounded. A fear can be anything as simple as the undead, to something more abstract such as seclusion or isolation. A character’s fears can also be used in a positive manner and are not necessarily a weakness, as they can inform why a character may act in a given situation.

Fears can even be used to cement and further emphasize specific elements of a character’s backstory. Additionally, having fears for a character to move past can be an excellent source of character development within a campaign.

4 What Are Their Regrets? 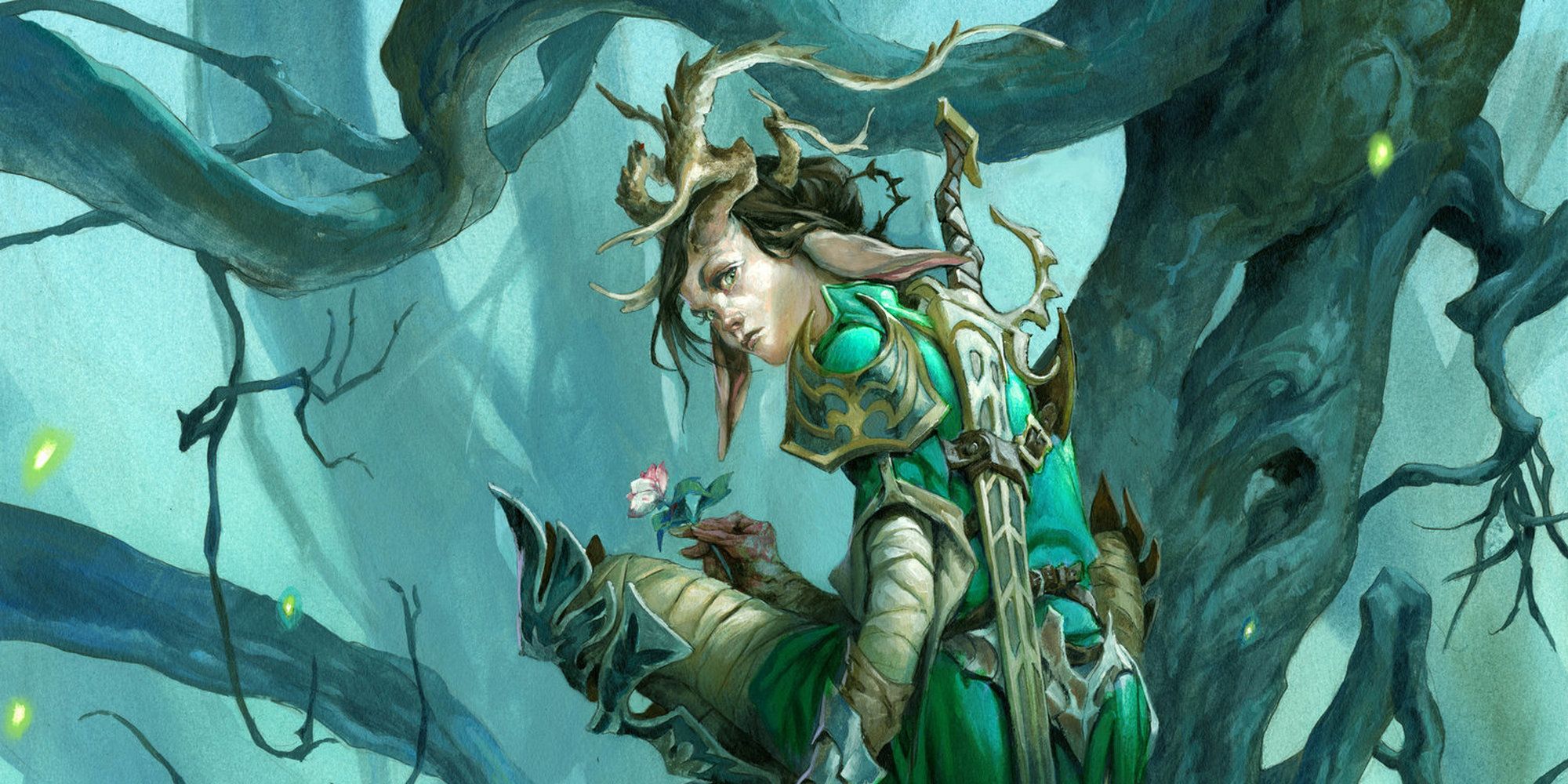 Figuring out a character’s regrets is an excellent means of tying many of our previous points in together with one’s backstory. What in a character’s past (or even in the campaign) had a character done that they later regretted? What brought them to make that regrettable decision in the first place? Is the character trying to right that wrongdoing, move past it, or are they trying to ignore it entirely?

Like fears, regrets can serve as imperfections on a character that can make them much more believable and human.

3 How Do They View Violence? 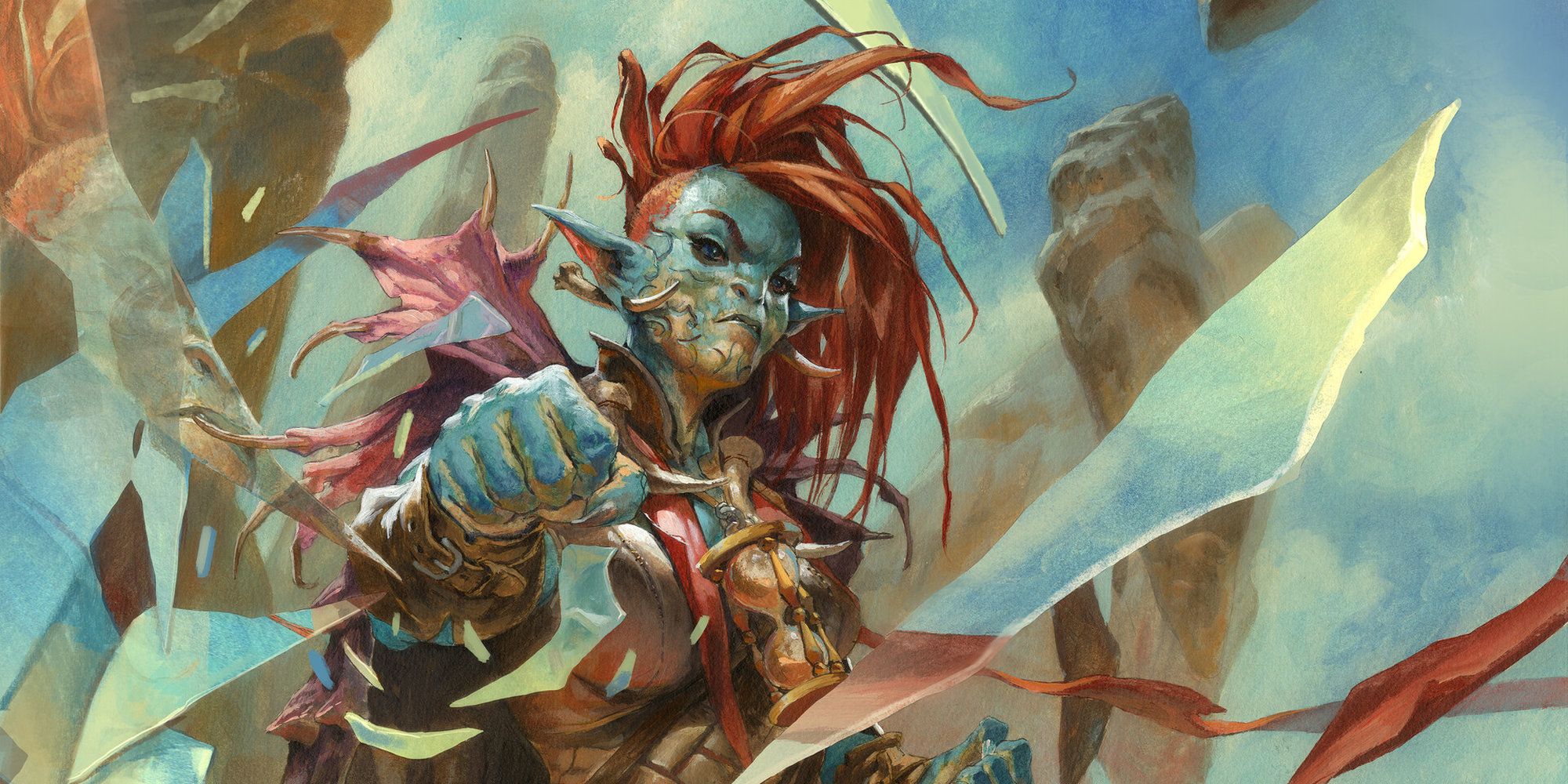 Let’s face it. This is D&D. Combat in violence is inevitable. But how does a character view violence? Are they a soldier or mercenary that is well trained for combat? Is do they try to avoid violence, or do they seek it out? Do they prefer a more diplomatic approach? Do they have any empathy for their foes, or are they merciless in battle? Most importantly, what about their background or upbringing has made them view violence and combat this way?

2 What Would Make Them Stop Adventuring? 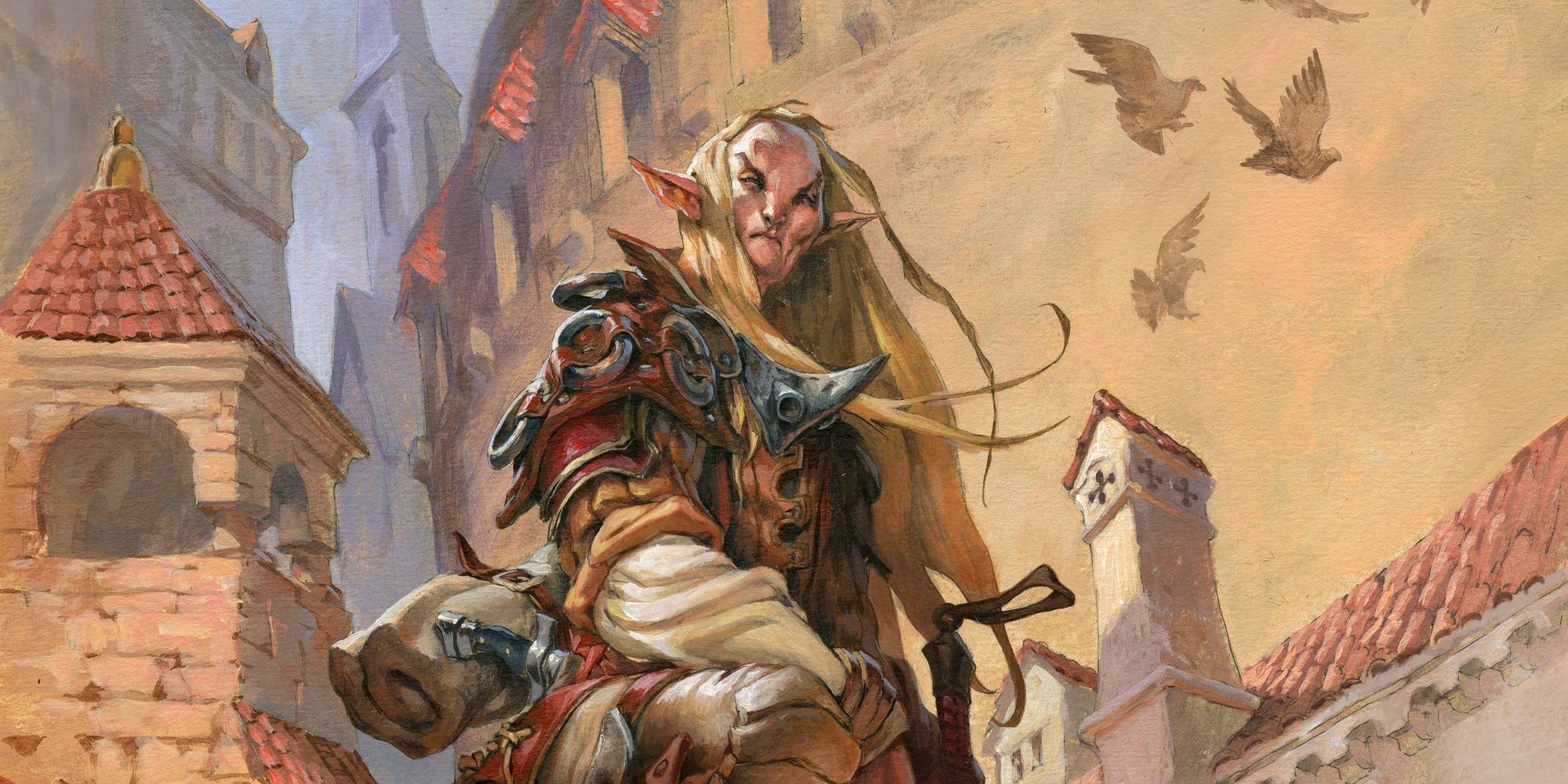 While D&D is based around the adventures that a party goes on, is there anything that would make one’s character stop adventuring? If they were to fulfill their goals and ambitions, would they have any reasons to continue?

Is a character willing to adventure into their old age, or would they want to settle down and retire? Would they want to go on adventures until the day they die? As is the case with many of the points on this list, knowing when a character is willing to settle down or quit may not initially appear important, but it can allow a player to better know a character, get in their headspace, and know why they’re adventuring in the first place.

1 What Is Their Fatal Flaw? 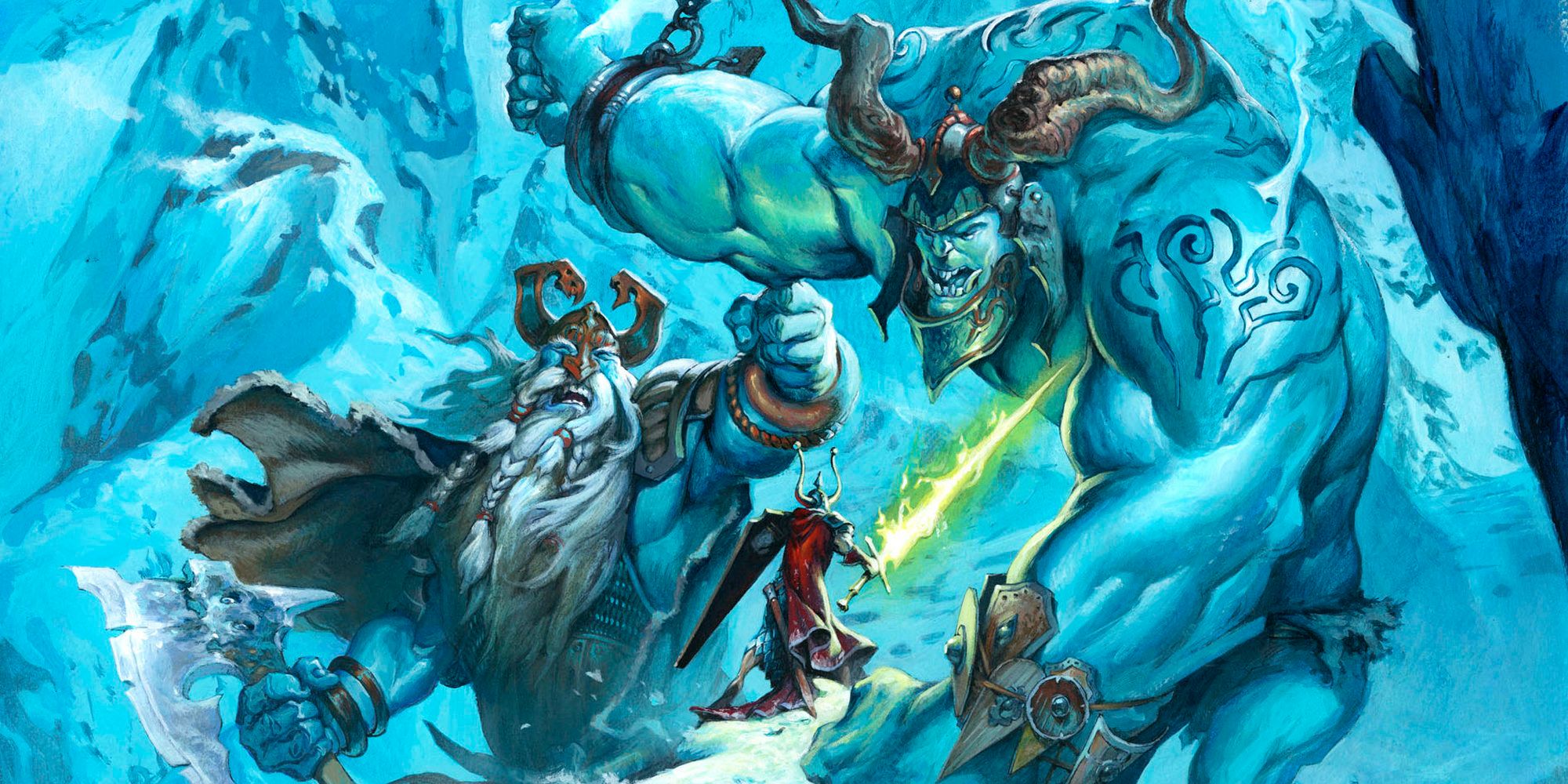 There’s nothing more boring than a character without flaws. A squeaky clean model of perfection is far too unrealistic, especially in a game like D&D. If there is any one point on this list that a character should have, it’s a flaw. At the end of the day, character flaws humanize a character, and add texture and realism to a world of fantasy. Even the premade character backgrounds that appear in official expansions include recommended flaws for characters.

Is a character self-serving? Overly trusting? Do they blindly follow the word of authority? Do they bite off more than they can chew? While a character made up of nothing but flaws would be a detriment to a party (albeit a hilarious one), one or two flaws can make the world of difference when creating a character.

Next: D&D: 10 Things You Didn’t Know About Mind Flayers 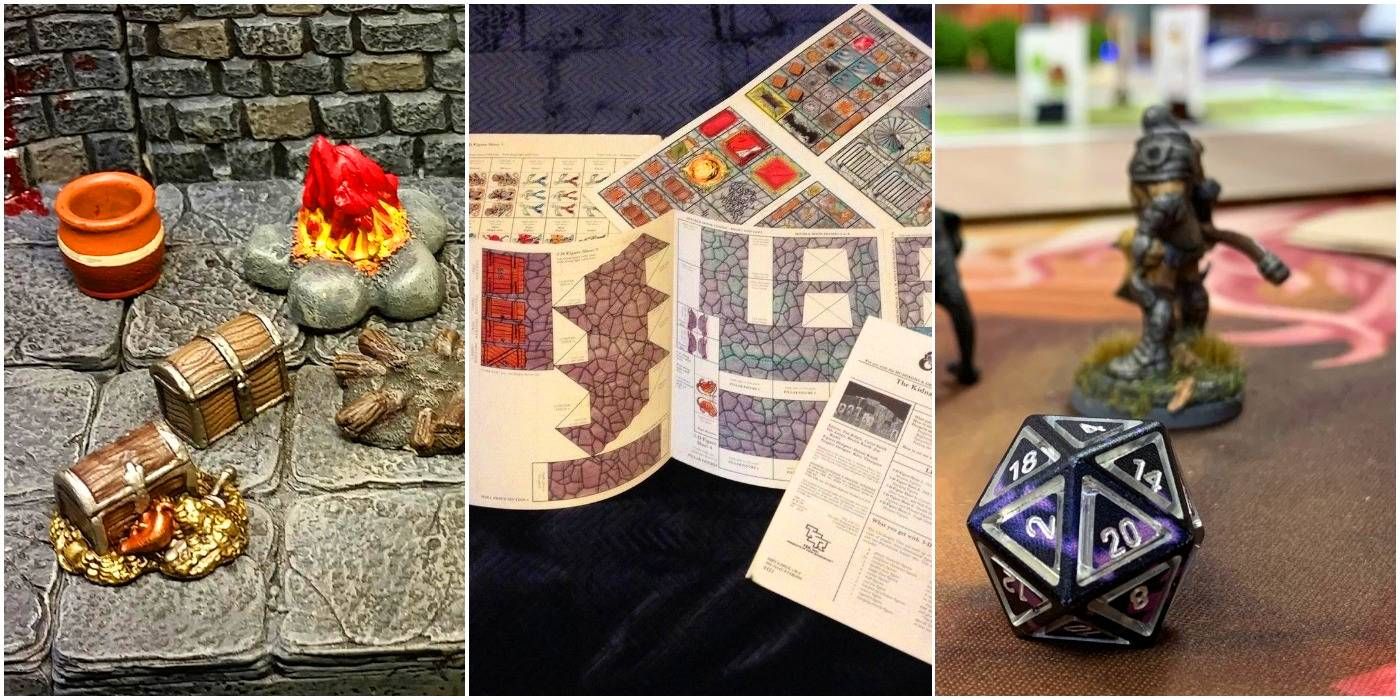 Staff Writer, Paul DiSalvo is a writer, comic creator, animation lover, and game design enthusiast currently residing in Boston, Massachusetts. He has studied creative writing at The New Hampshire Institute of Art and Otis College of Art and Design, and currently writes for CBR, ScreenRant, GameRant, and TheGamer. In addition to writing, he directs and produces the podcast, “How Ya Dyin’?”
He enjoys collecting comics, records, and wins in Samurai Shodown.