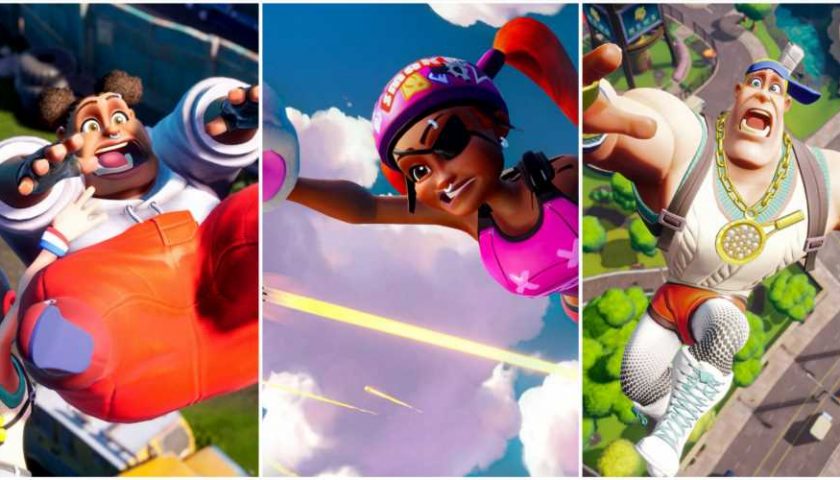 Rumbleverse is a cartoony brawler battle royale that sees you duke it out against up to 40 other players in a whimsical cityscape. In true battle royale fashion, only one player (or team) can come out on top as the ultimate brawling victor. Getting to that point won't be so easy, however. While Rumbleverse plays like many other battle royales with things such as a shrinking play area, a host of weapons and item pickups, and tons of cosmetic goodies to unlock (or purchase), its wrestling/brawling/melee-focused gameplay sets it apart from its counterparts.

Strangely, this game doesn't throw players into a mandatory tutorial which means you are left to figure out the game's mechanics, nuances, and intricacies on your own in an online public match. Don't worry, with time, practice, and these helpful beginner tips and tricks, you will soon be pummeling your opponents in Rumbleverse in no time, achieving that coveted first place spot. 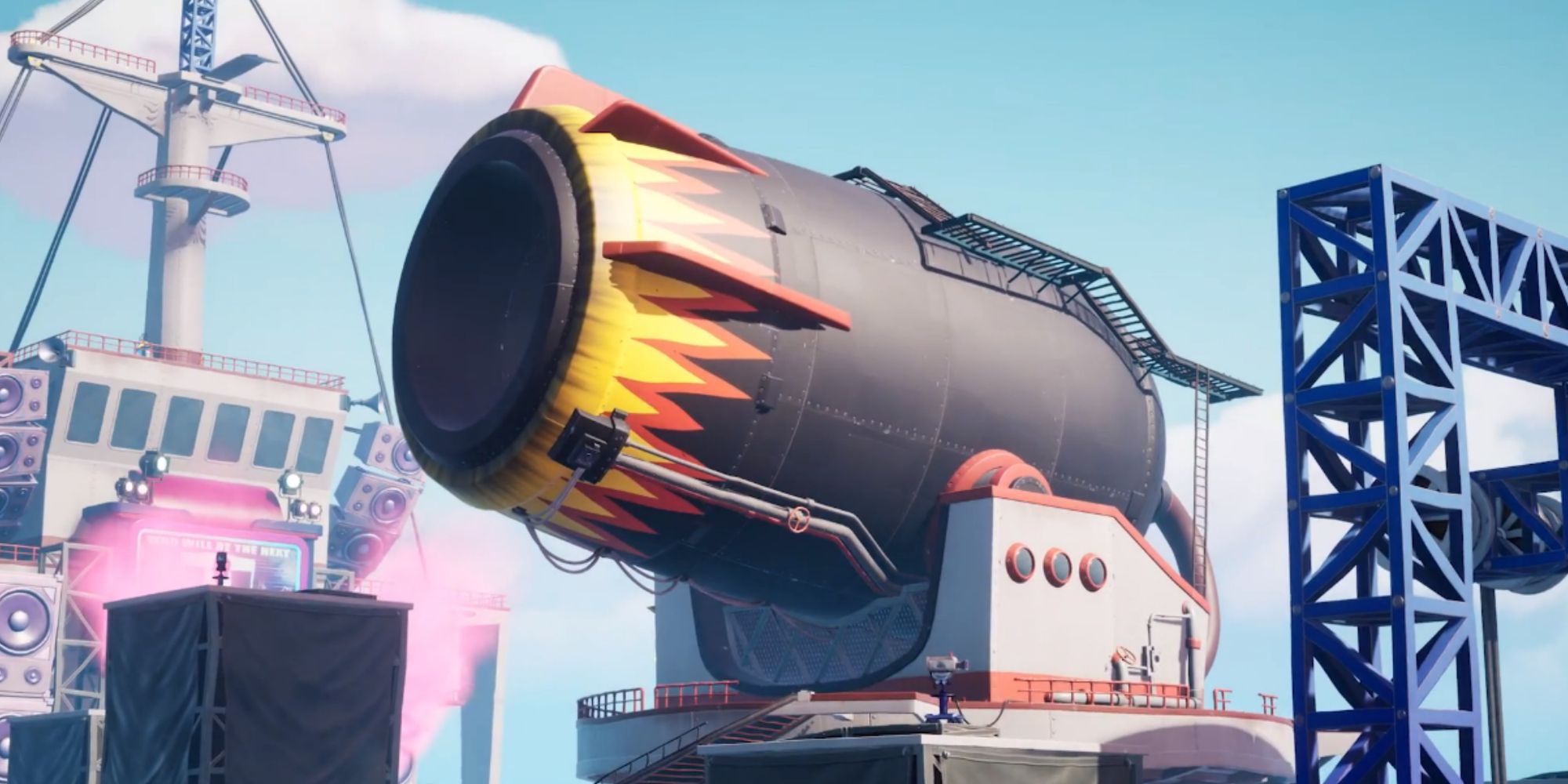 As mentioned earlier, the game doesn't mandate players to go through an extensive tutorial before jumping into an online match. While there is a practice area that can be played from the main menu, it's entirely possible most players will simply miss this or skip out on it altogether.

Fortunately, every match starts on a massive ship lobby area. As you wait for the matchmaking finish, you can freely run around this ship and practice pummeling opponents into submission. This is easily the best way to get to grips with the various punches, throws, combos, and dodges the game allows you to pull off.

9 Land As Far Away From Other Players As Possible 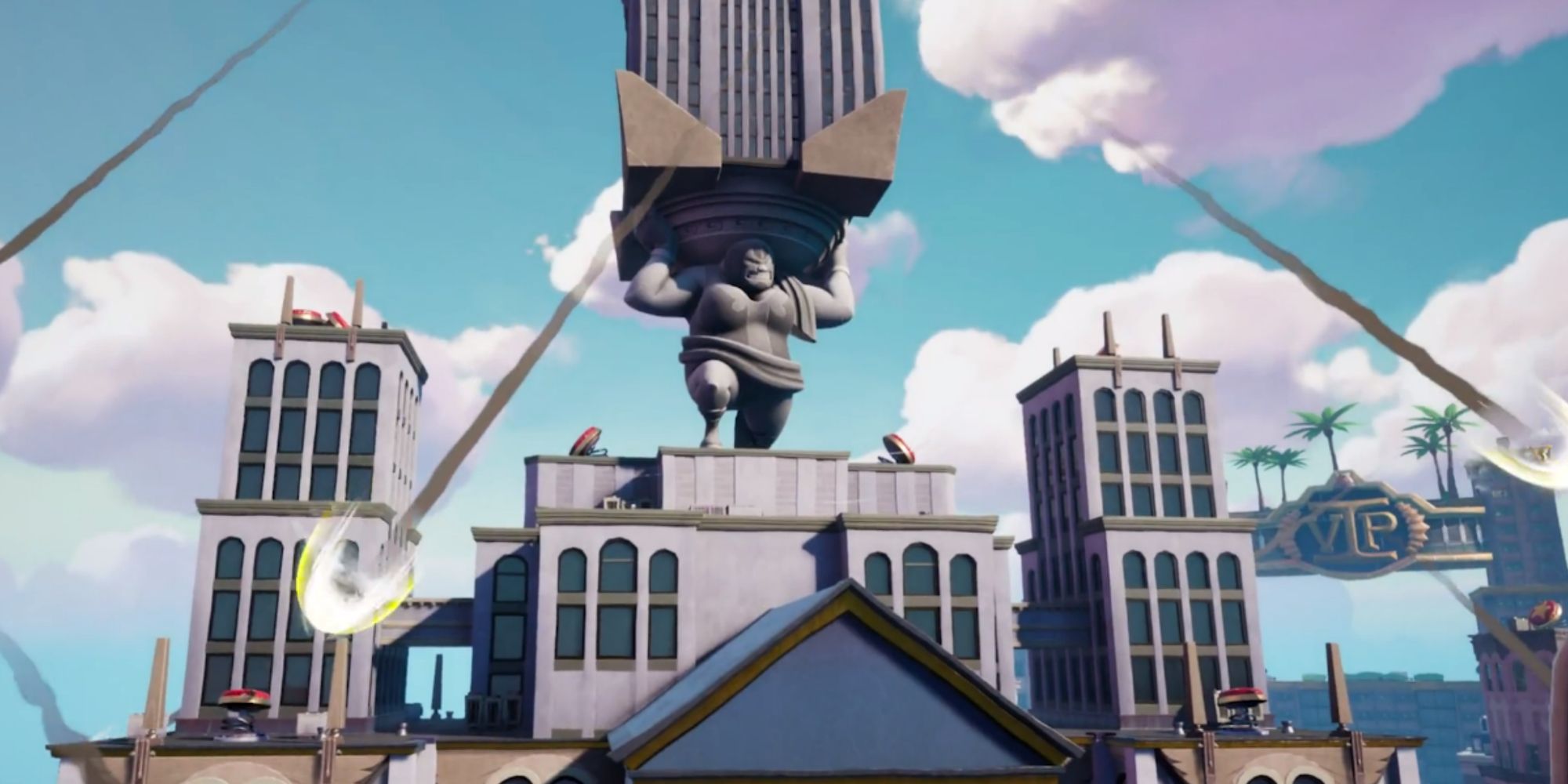 This might be a controversial entry since many people encourage you to get right into the action. However, in the case of Rumbleverse, at least for your first few matches, it's a good idea to land as far away from others as possible so you can get to grips with traversing Rumble City.

While the general rules of other battles royales are in place here, the in-your-face, melee-focused gameplay means you are going to want to be confident and ready when hopping into a battle. Landing at an outskirts position (relative to the closing ring) means you can loot up and load up on supplies first. 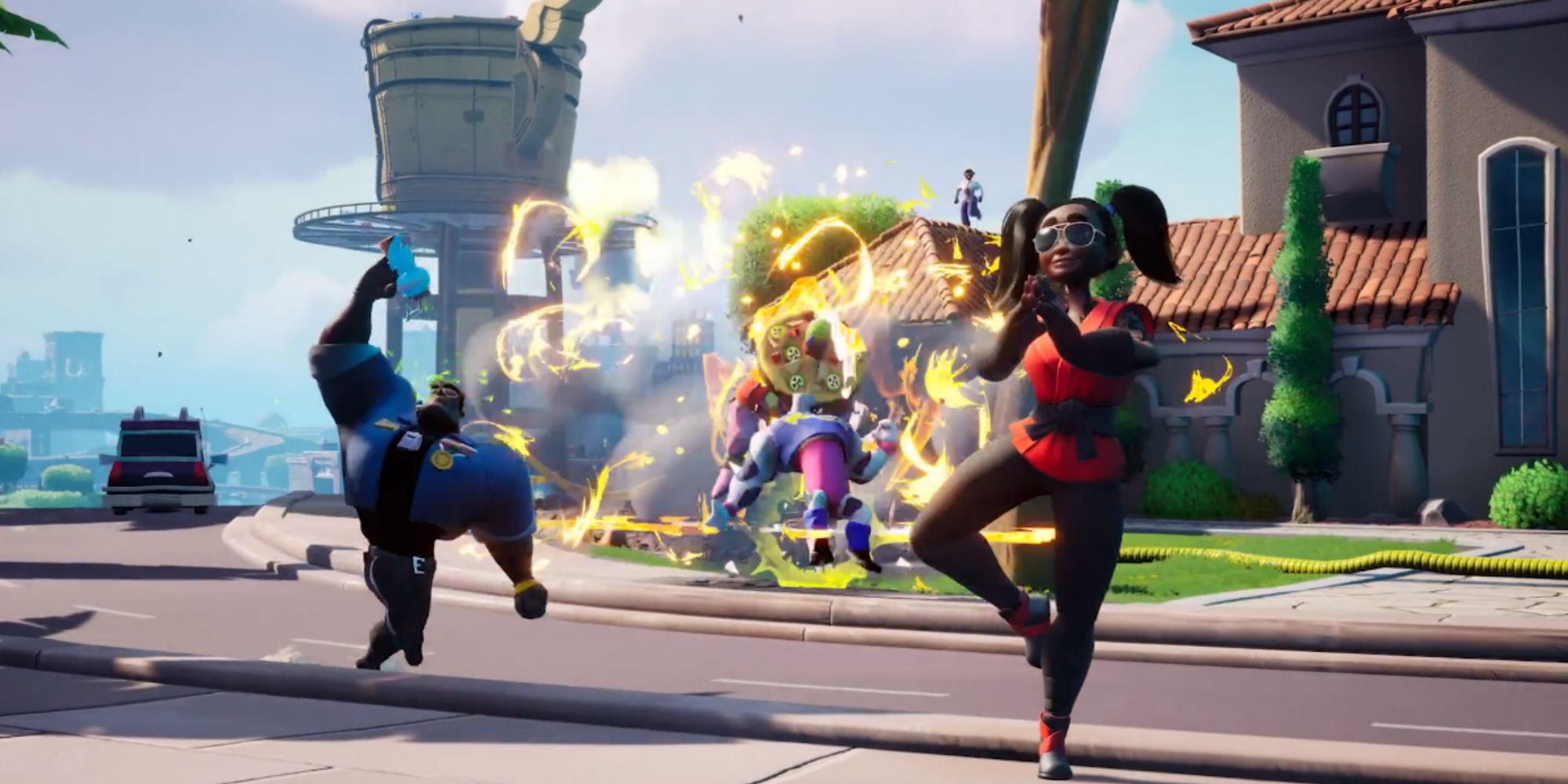 In order to successfully loot in Rumbleverse, you will need to smash a variety of crates littered around Rumble City. The game features regular crates, silver crates, and coveted gold crates. As you can surmise, the higher rarity of the crate the better the loot that pops out of it upon smashing it open.

Crates contain a number of items including brawling abilities, stat booster bottles, chicken (for healing), weapons, and blue power stars. In the early parts of the game, you should be smashing as many crates as possible to start maxing out your character. 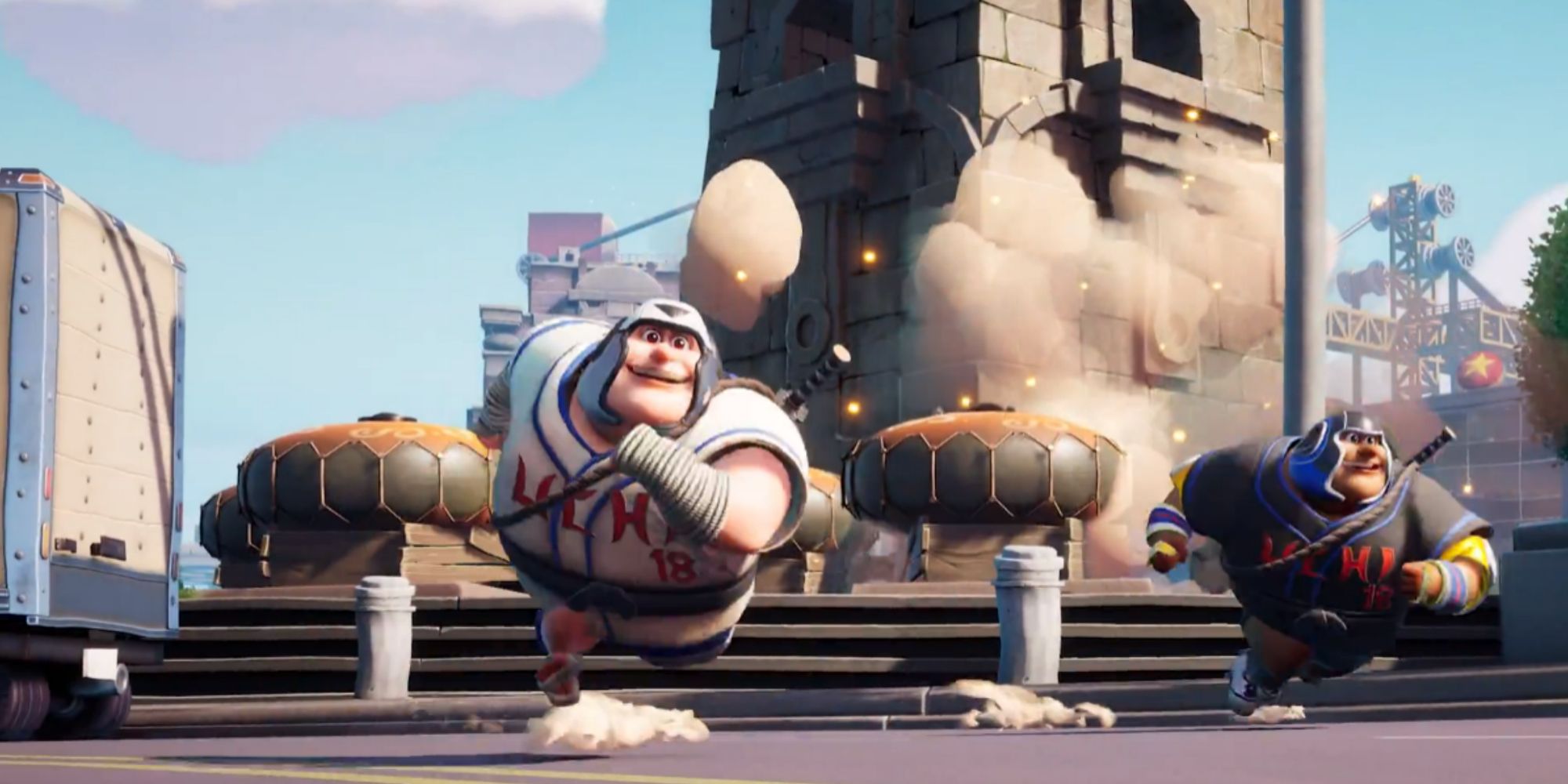 Easily the best things to prioritize after smashing open crates are the various colorful stat bottles. The general melee combat in this game works as a sort of "rock, paper, scissors" mechanic, with priority given to players that have boosted their stats. Stats in this game come in the form of health, melee damage, and stamina.

Each of the various bottles increases one of those stats, indicated in the lower right-hand corner of the screen. Rumbleverse allows you to max out a variety of these stats or to prioritize one of the three if you so desire. However, there is a max limit so you can't just endlessly use stat bottles after a certain point.

6 Be Sure To Equip Brawling Abilities Quickly 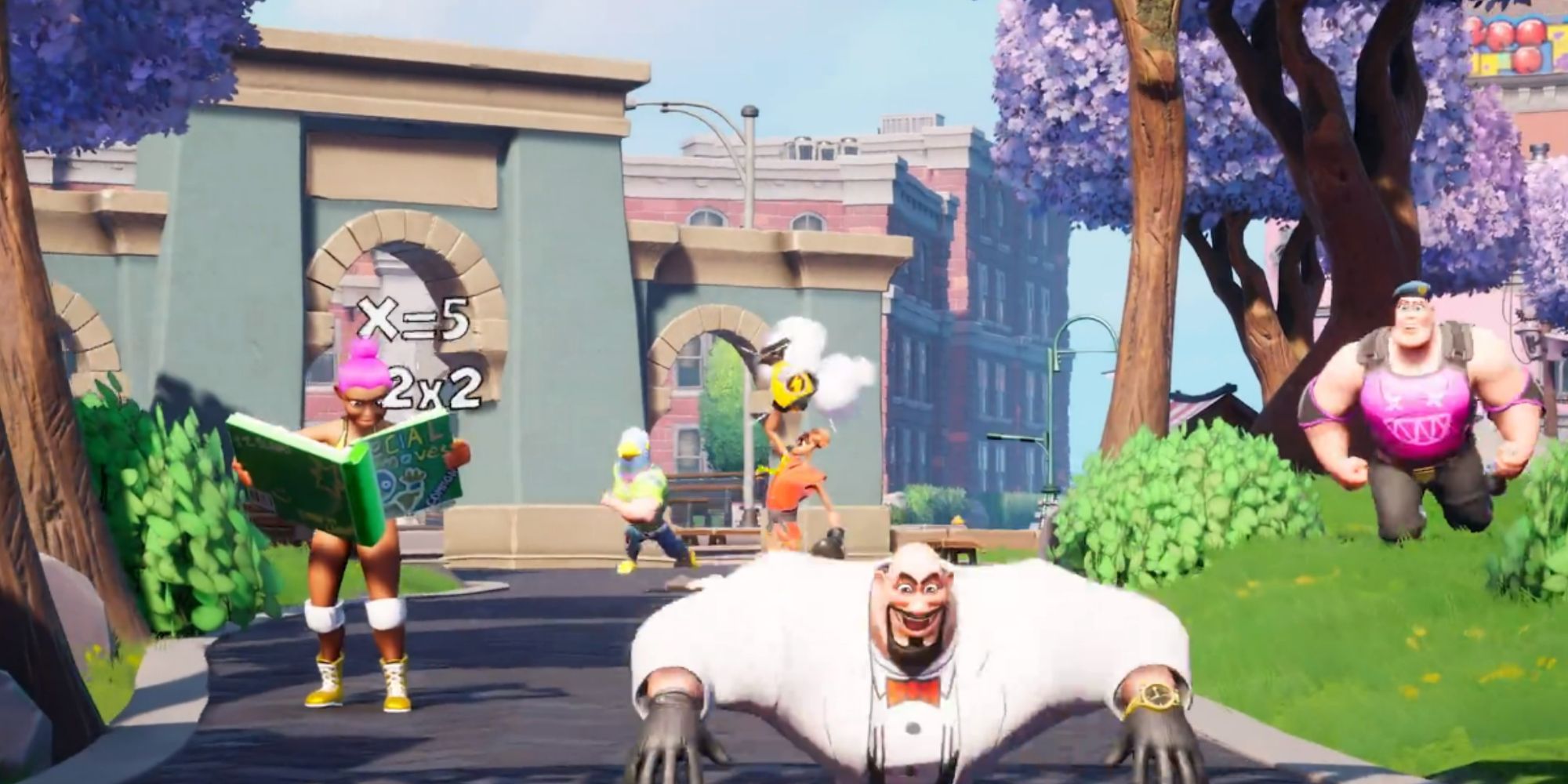 Apart from the standard slap/punch attacks, the power/grab attacks, the shield, and the dodge, your next best friends in a match will be the host of brawling abilities. These brawling abilities take the form of various power punches, lunges, thrown attacks, or a combination thereof, with plenty of unique and surprising ones as well.

You are able to equip two brawling abilities at once, with each one being tied to your stamina meter. In order to equip a new ability, you must first read a colored book found in crates or sprawled about Rumble City. Reading one of these books imbues your brawler with the knowledge necessary to pull off the move. Don't worry, you can freely swap out abilities at any time, something you will want to do often since these come in various rarities. 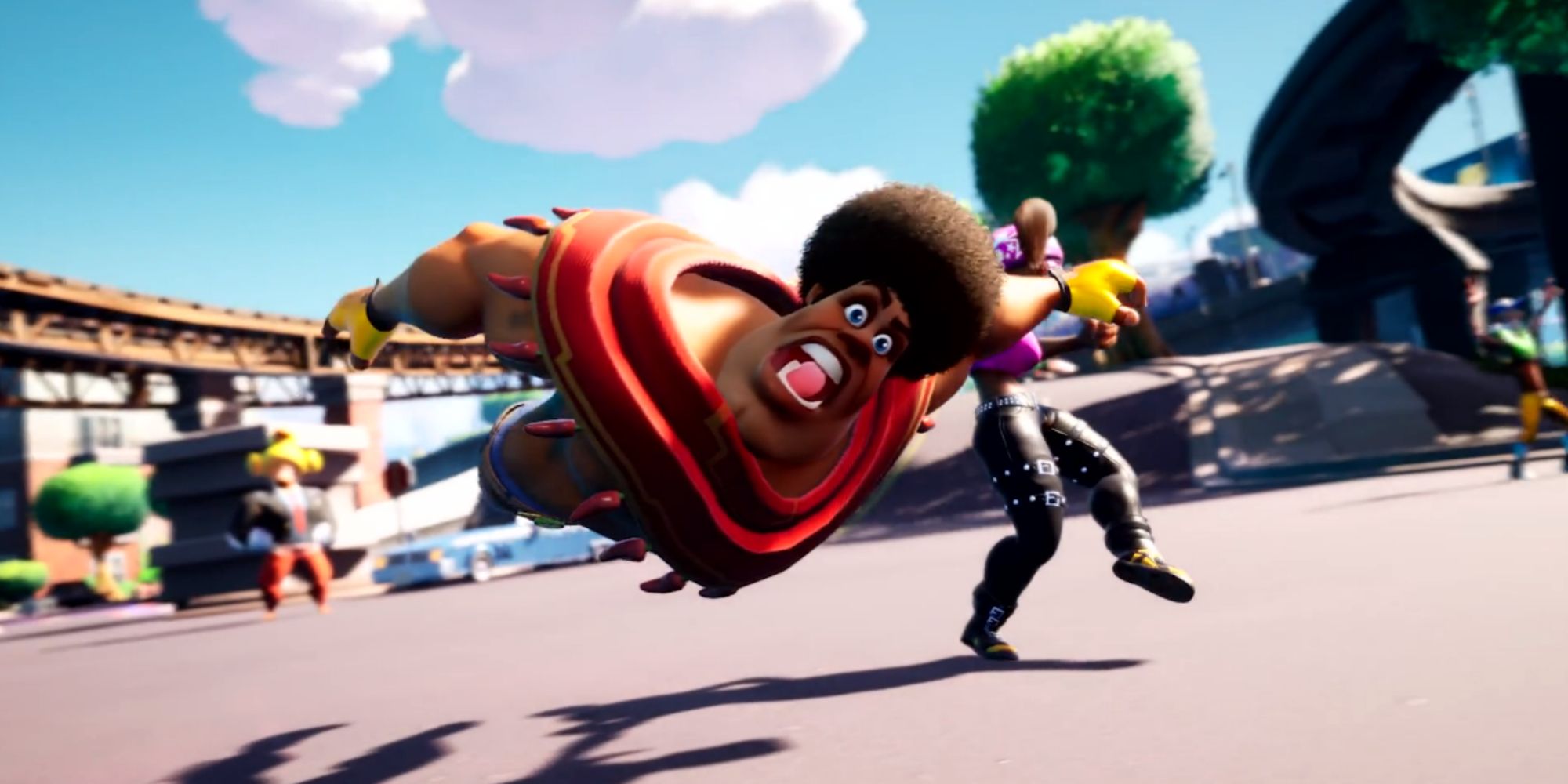 Of other importance is filling your blue power meter. You will fill this meter by naturally brawling with other players but you can also fill this meter by collecting blue power stars located all around the map, many of which encourage you to traverse up buildings or by bouncing on vehicles.

Once you have collected enough blue power, you can activate a power mode. This power mode supercharges your stats and allows you to pull off a really unique and devastating power attack. It's not always easy to land the power attack but once you do, it can completely change the tide of a battle.

4 Melee Weapons Are Your Friend 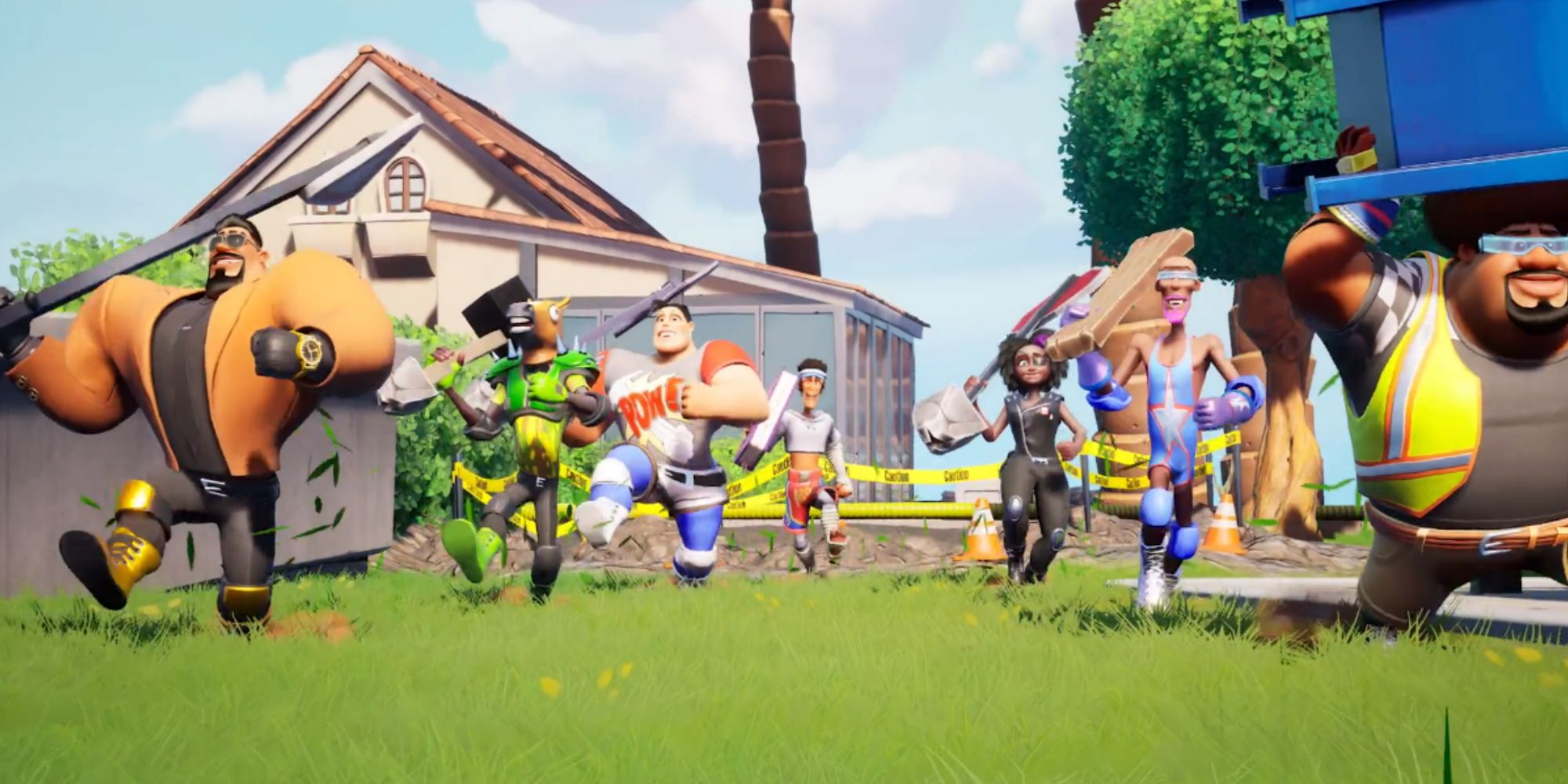 While Rumbleverse doesn't feature the traditional weaponry you will see in other similar battles royale games, there are still plenty of melee weapons that can be picked up and utilized to smash another player's face in.

Melee weapons come in the form of bats, wooden boards, road signs, and many others. These melee weapons, as you might imagine, deal extra damage, however, they do break after a few successful uses. Anytime you find a melee weapon, be sure to prioritize picking it up and storing it for future use. 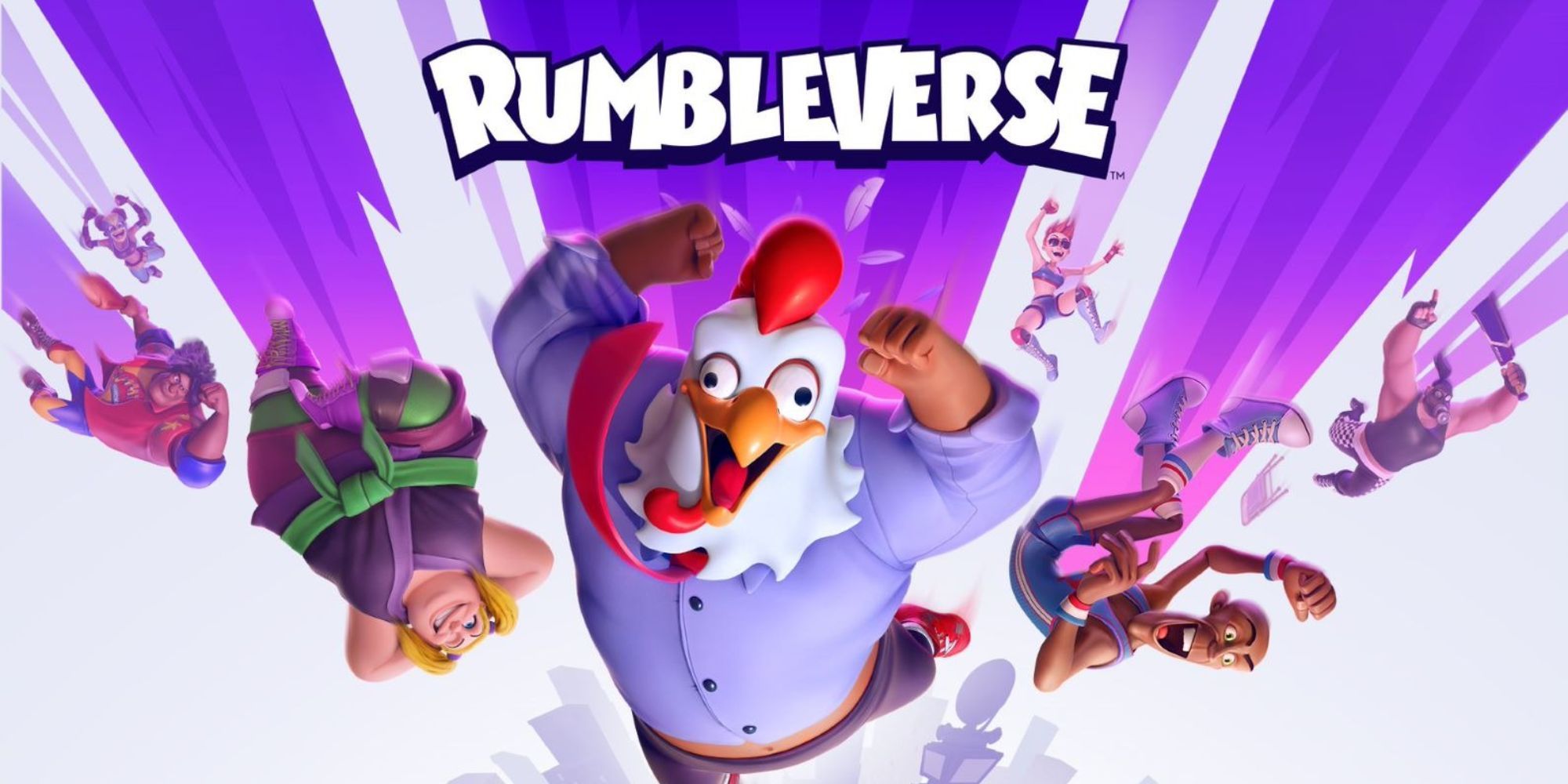 At this point you might be wondering, how in the heck do I heal after being pummeled over and over again? Much like Castlevania's wall meat, Rumbleverse lets players heal with the magical check meat. Littered all across Rumble City (typically in crates) are two types of chicken meat.

You can pick up a drumstick that heals 300 HP or a whole chicken that can be used a few different times to heal 300 HP each time. Eating the chicken meat does take a few seconds but can make a huge difference between losing or coming out on top. If your health is already full, be sure to still pick up and store a couple of them to have on hand. 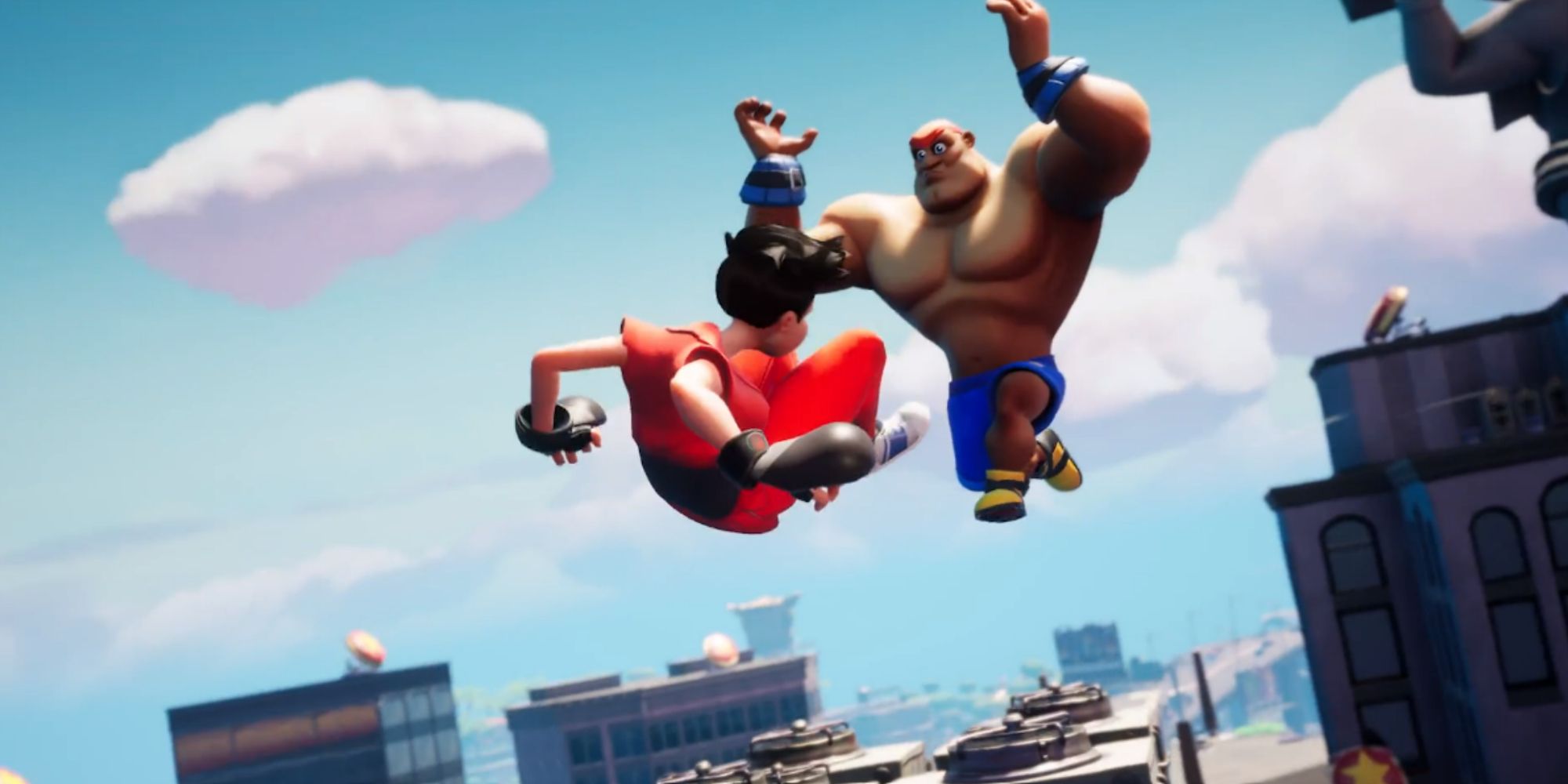 One of the trickiest gameplay aspects to get to grips with in Rumbleverse are the various power advantages. When you come face to face with an opponent, your attacks and abilities will be squared up against theirs. Whoever happens to have the most power in a given stat, for a given attack or ability, will be the one who actually does the damage.

For example, an unblockable grab/throw move will generally beat out a regular punch/slap. On the other end of the spectrum, a weapon attack will generally knock back an opponent even if they try to punch you with their higher melee damage stat. These two examples barely scratch the surface of the nuances that Rumbleverse provides. You can easily refer to a power advantage chart at any time during a match by opening up the map/menu.

1 Try To Avoid Facing Multiple Opponents At Once 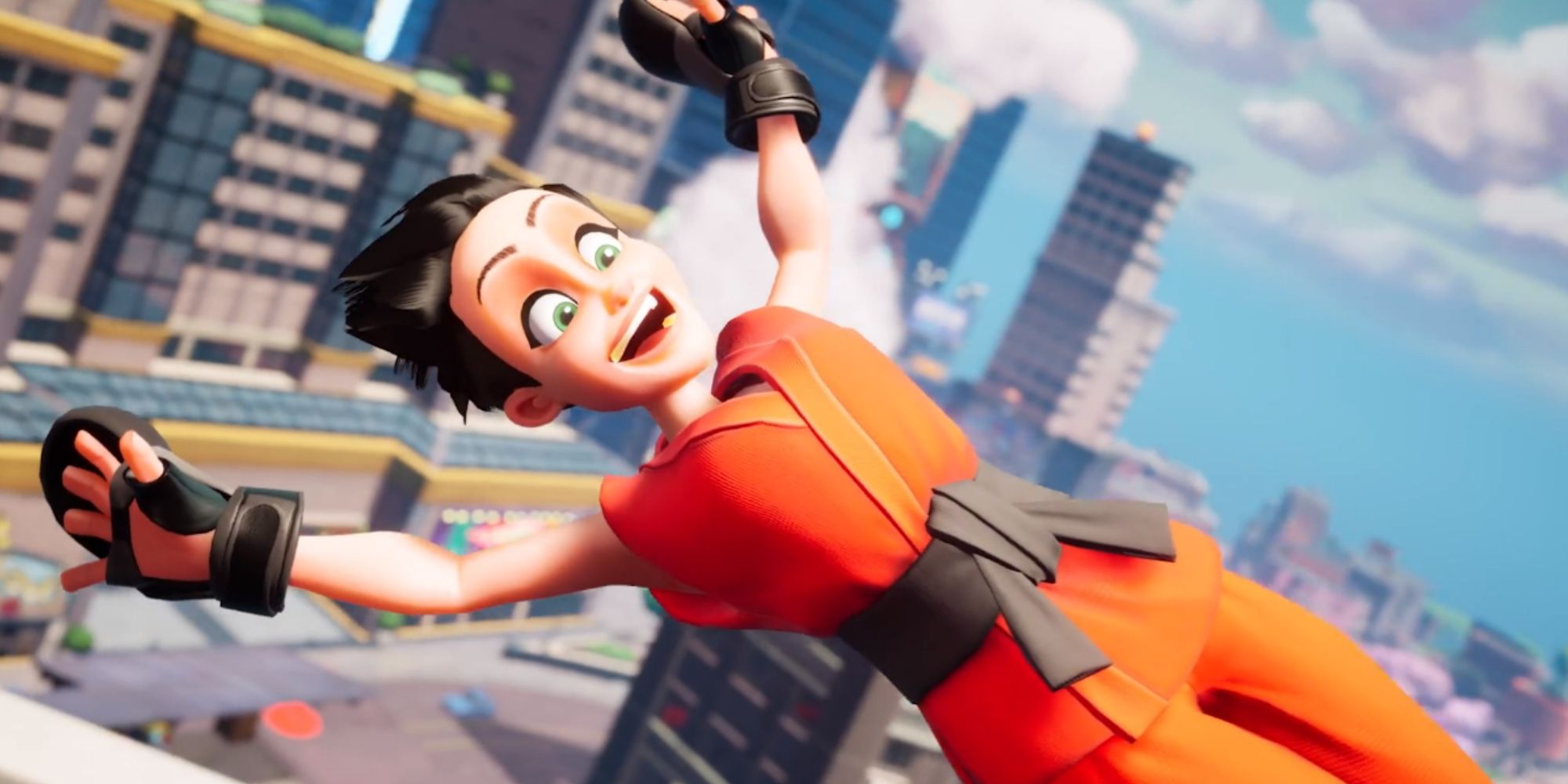 Third partying, or the act of jumping into an otherwise one-versus-one battle is pretty commonplace in most battle royale games, especially the likes of Fortnite. However, in the case of Rumbleverse, it's actually not a great idea to do this since it can be hard to know who you are attacking and who has less health overall.

Facing multiple opponents at once in this game can make the power advantages go all over the place, with you often being the one who gets pummeled instead. As you learn the game, try to focus on one-versus-one battles for the most part.