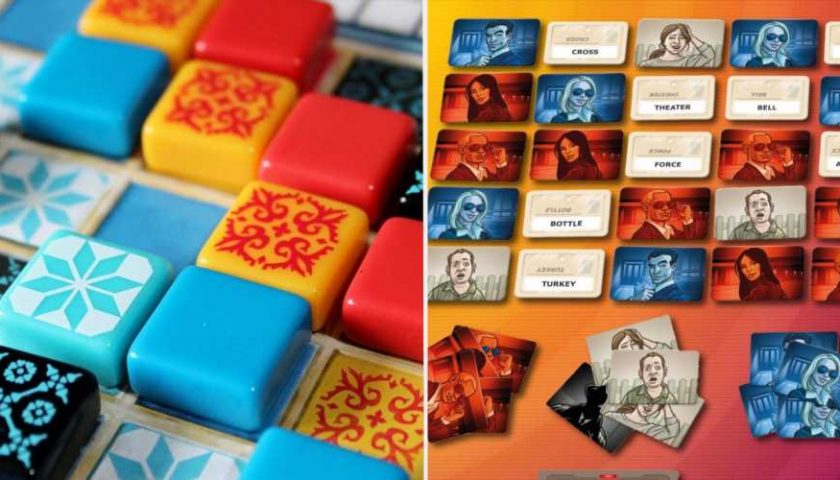 Board Games are great options for when you want to gather with your friends and spend some time gaming face to face, instead of using a screen. While it can be fun to spend hours learning, mastering, and playing games where you have to strategize and come up with foolproof plans in an expansive game, sometimes you just want a game that takes a shorter time to both master and complete.

These games tend to be on the shorter side but can still satisfy the board game itch to the same level as longer ones. You'll also have lots of time left once you complete one of these, so you can always pick up another one. 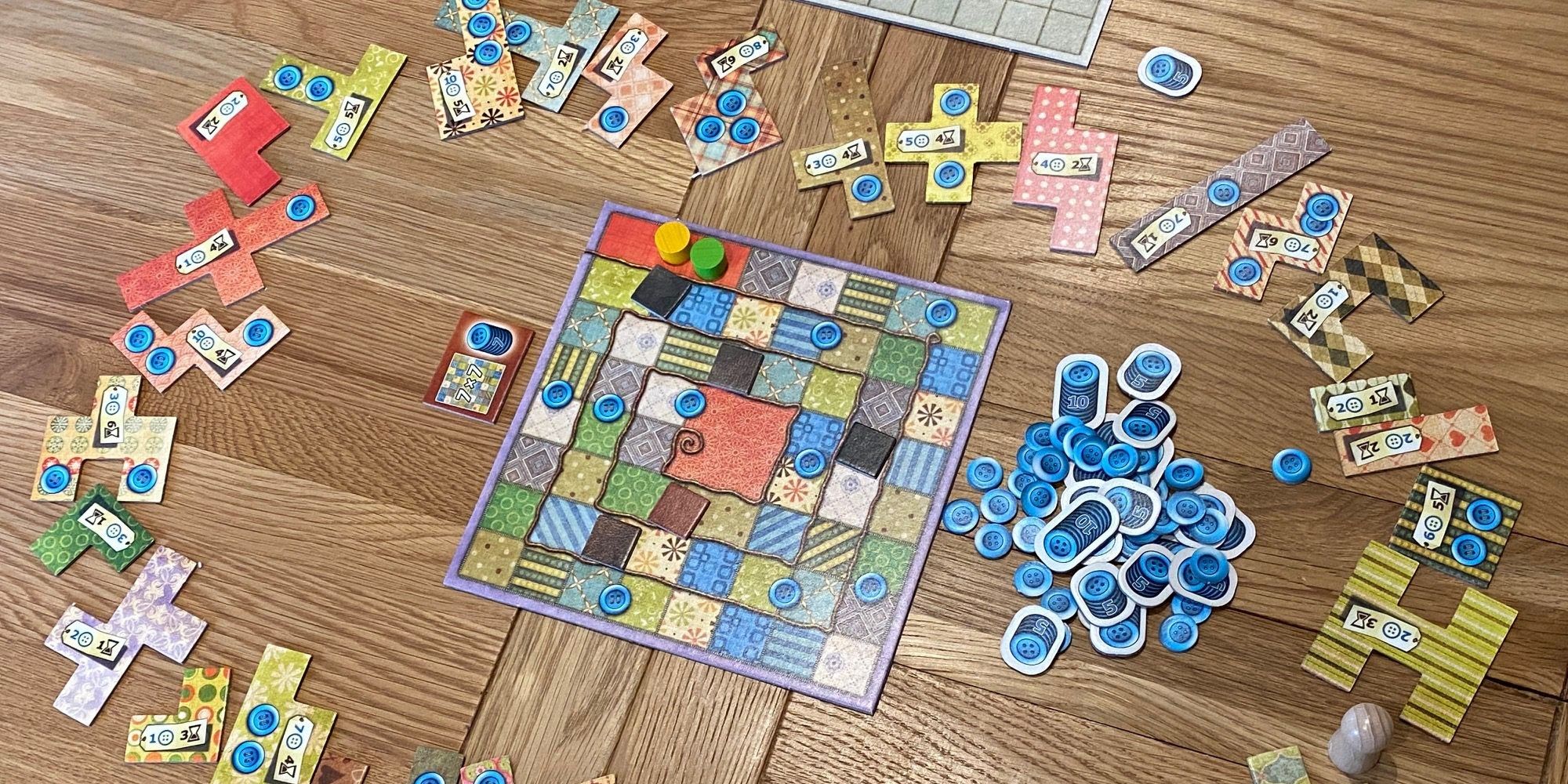 In Patchwork, you are aiming to get the necessary pieces to knit a beautiful and completed blanket. It's an excellent option whether you're looking for a short game to play with two players or an entry-level choice to introduce someone to the hobby.

The game is simple enough for newcomers but also has some strategy and planning built-in, so it's enjoyable for all. Games should take no longer than 30 minutes once everybody knows the rules, and it's well worth the time. 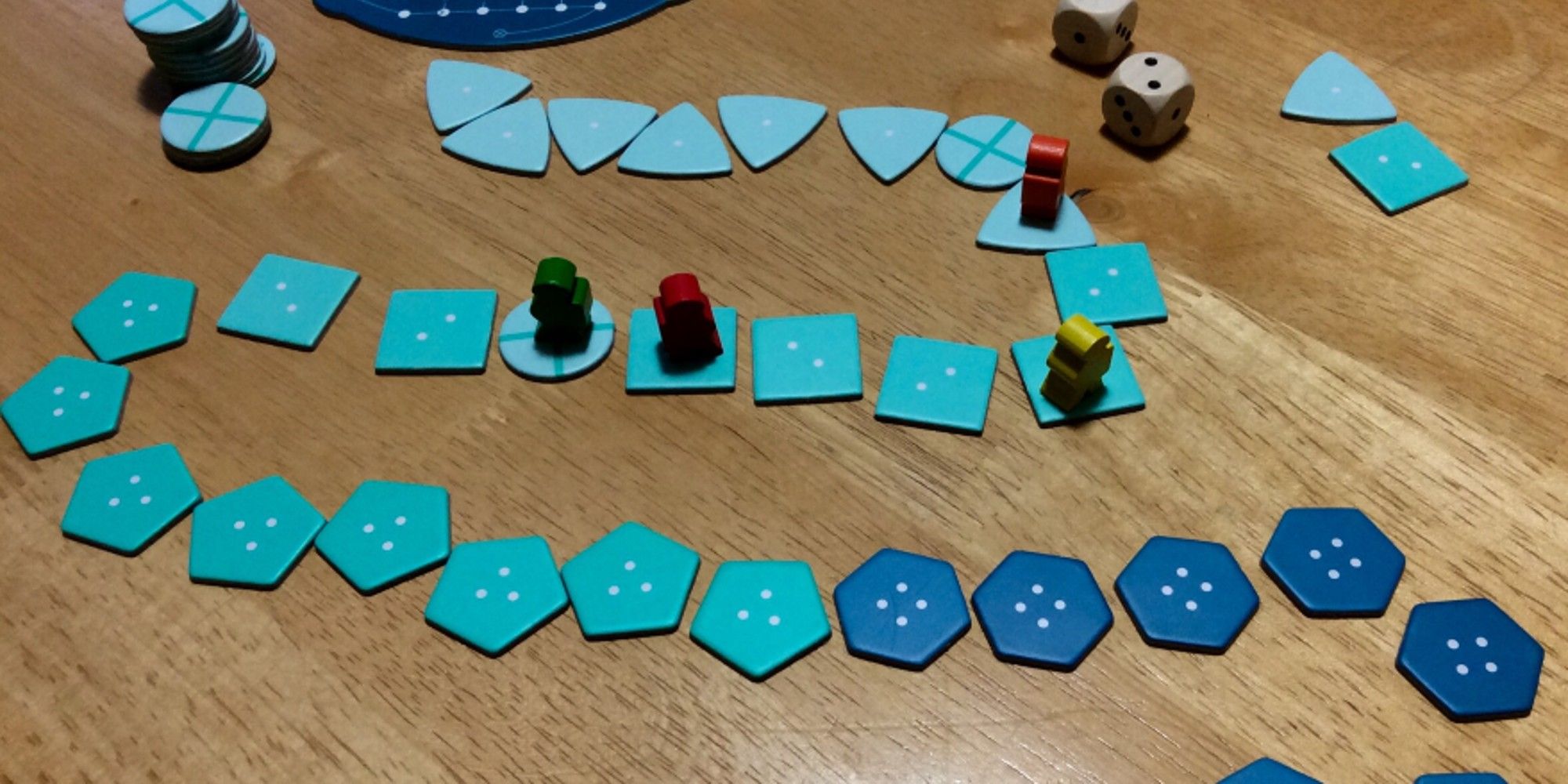 Deep Sea Adventure is a very small game, literally. With a box that can fit into your pocket, the game might seem innocent, but once you get to play, it can be a vicious experience. In Deep Sea Adventure, the players are all divers, trying to gather treasure before oxygen runs out.

However, all players share the same oxygen, so it's possible and even encouraged to hurt the others' chances of survival. This is a game all about pushing your luck and making sure others won't be able to catch up to you. Deep Sea Adventure is a great option for a short and sweet game that'll potentially strain your friendships. 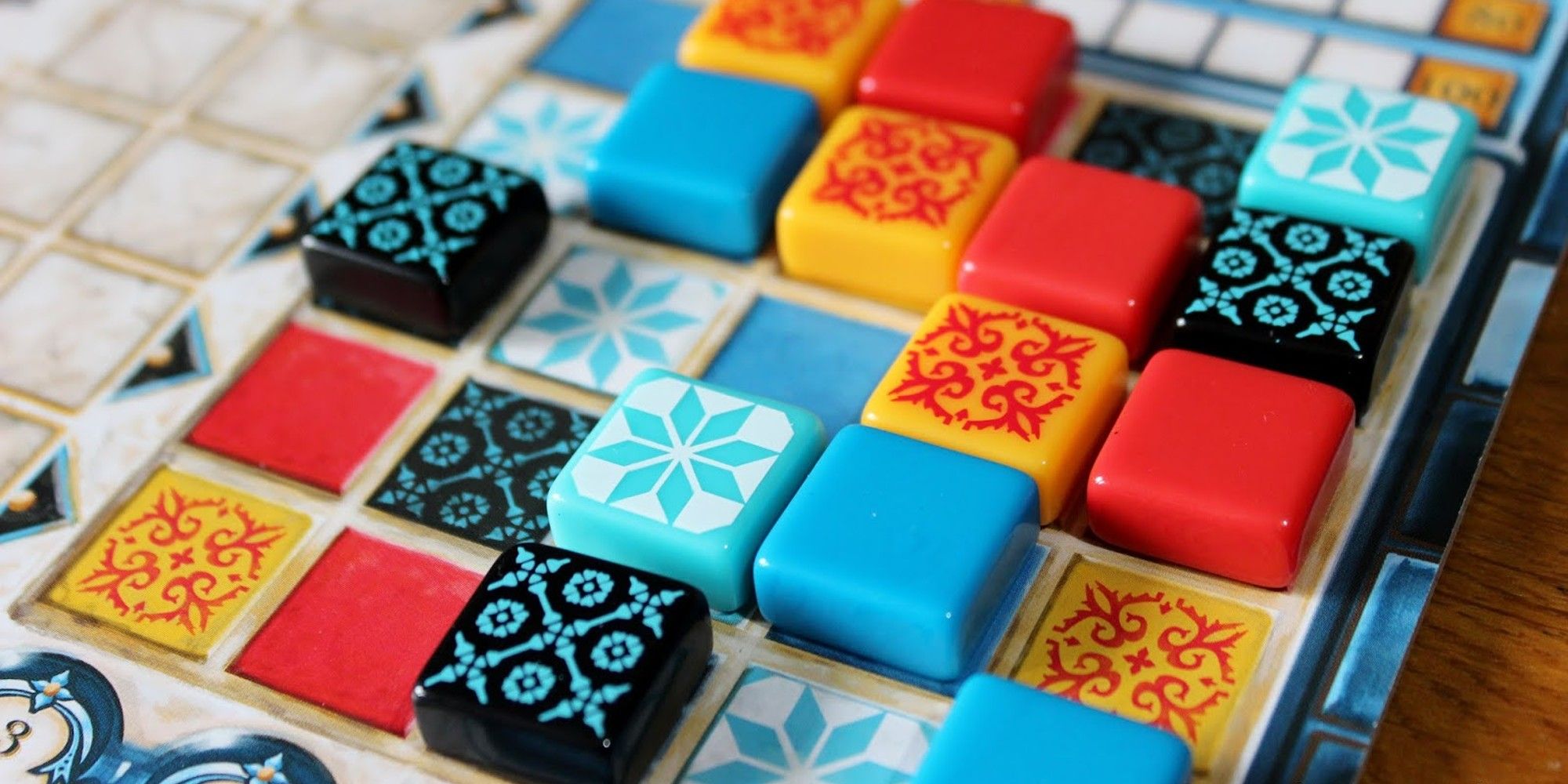 Azul is another game about making as good of a shape as you can and filling it up as you play. In this game, you use pieces of glass to create a mosaic that you need to complete before the game ends. With beautiful and sturdy pieces, it's a game that really shines through the quality of its components.

The game has some very fun intricacies and could become a very intense competition between experienced players, as you'll all be trying to hurt other players' boards as well as building your own. Games can take a little longer depending on the player count, but it still takes an hour at most and will entertain your group throughout. 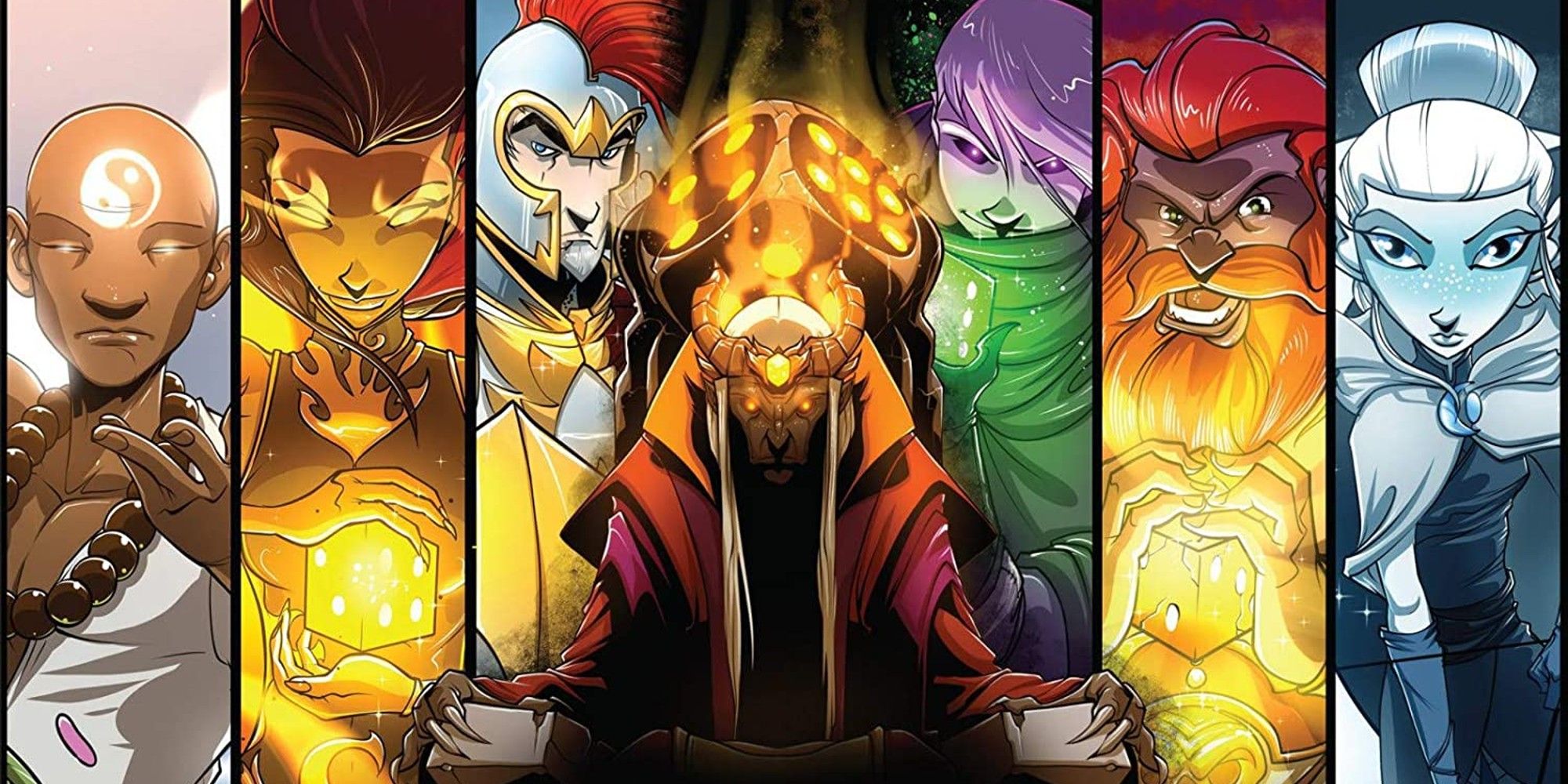 Dice Throne is as close as you can get to a 2D fighting game in the form of a board game. In it, two or more players will all pick unique characters that each have different mechanics. Then it's a matter of rolling, manipulating your luck, then using the results to make use of the best attacks available to you, all while trying to be the last champion standing.

The game is great fun with the right group and is very easy to learn. With lots of expansions and even a Marvel tie-in, the character selection is pretty diverse and gives the game tons of replayability. 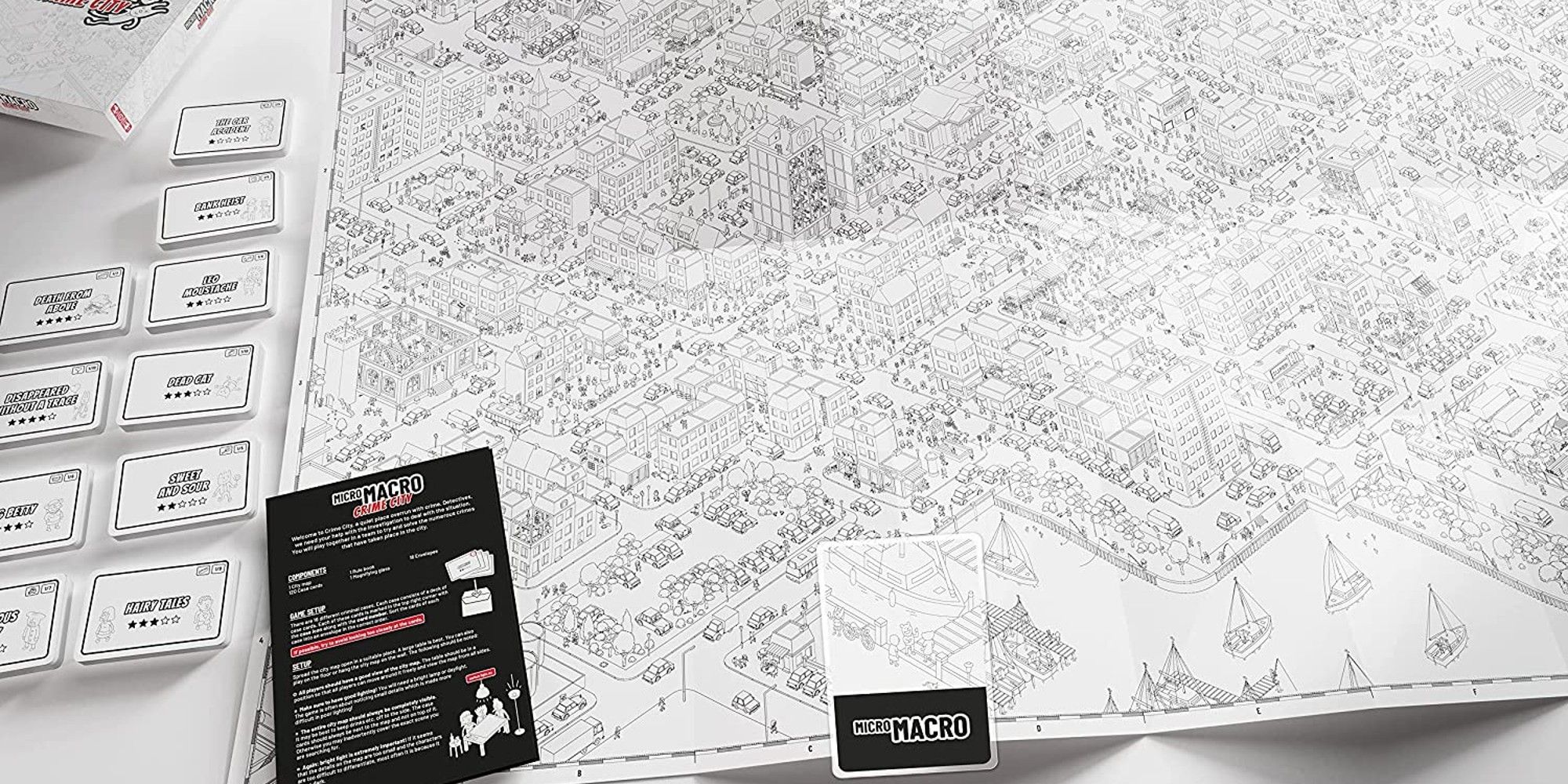 Micro Macro Crime City is an excellent cooperative game where you and your fellow investigators will try to solve a crime, looking at a massive and detailed map full of random things. As you find clues to the case, you'll progress through Case Cards (clues) and eventually solve the crime.

It's a simple and short game that is quite rewarding with the right group. There are also lots of more complex cases to be solved and small easter eggs on the map to spice things up after you solve a few of the earlier cases. 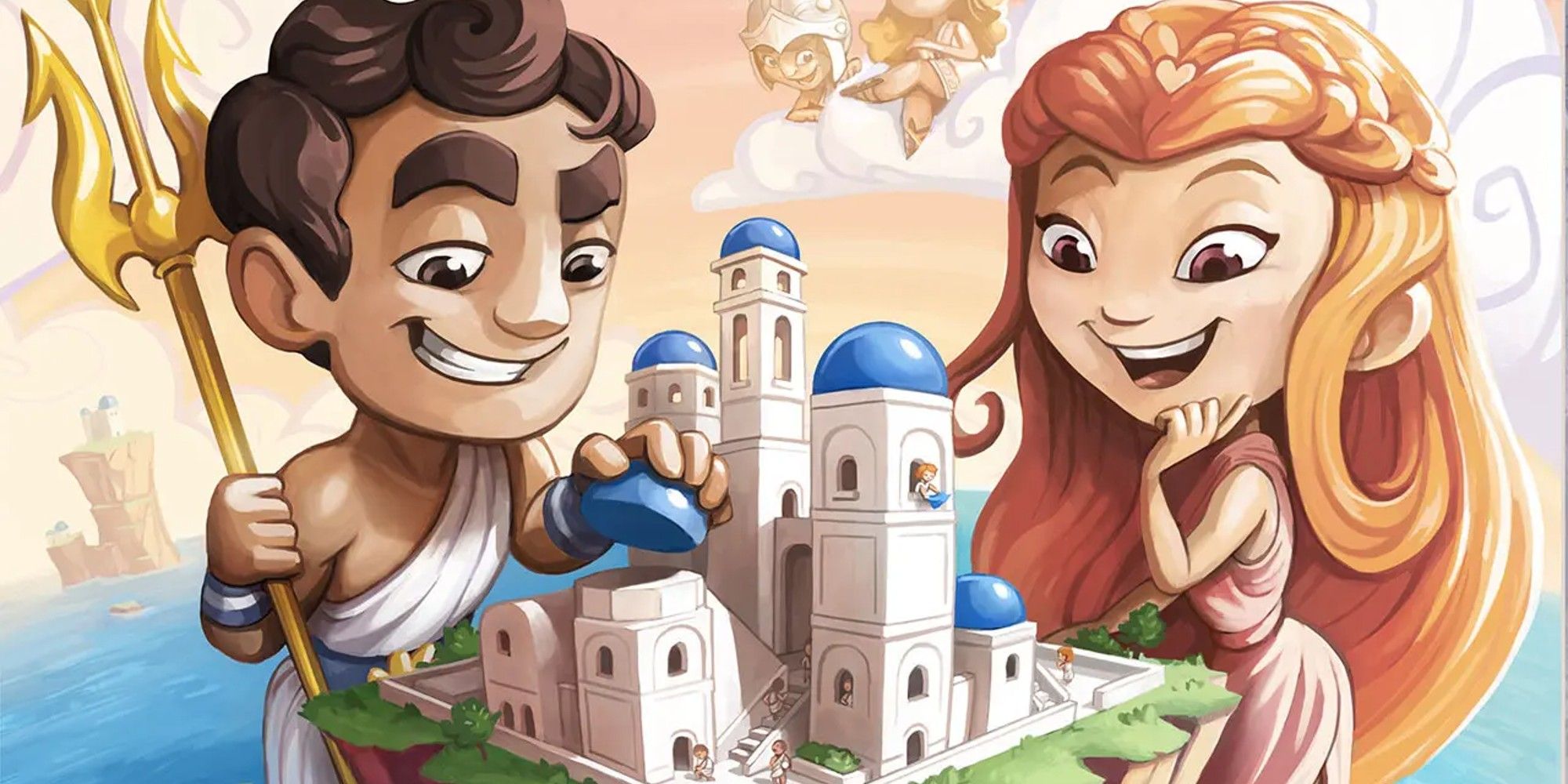 Santorini is a game that catches your attention with its look first and mechanics second. In it, you'll be building a city akin to the Greek City, Santorini, and trying to be the first player to get on top of a three-story tower with your worker.

The game has domes, god powers and some unique movement rules to throw a wrinkle into the game. It's a simple game to pick up and lasts around 20-30 minutes tops. Perfect for small-scale family game nights. The pieces and the end board are always fun to admire too when a game ends. 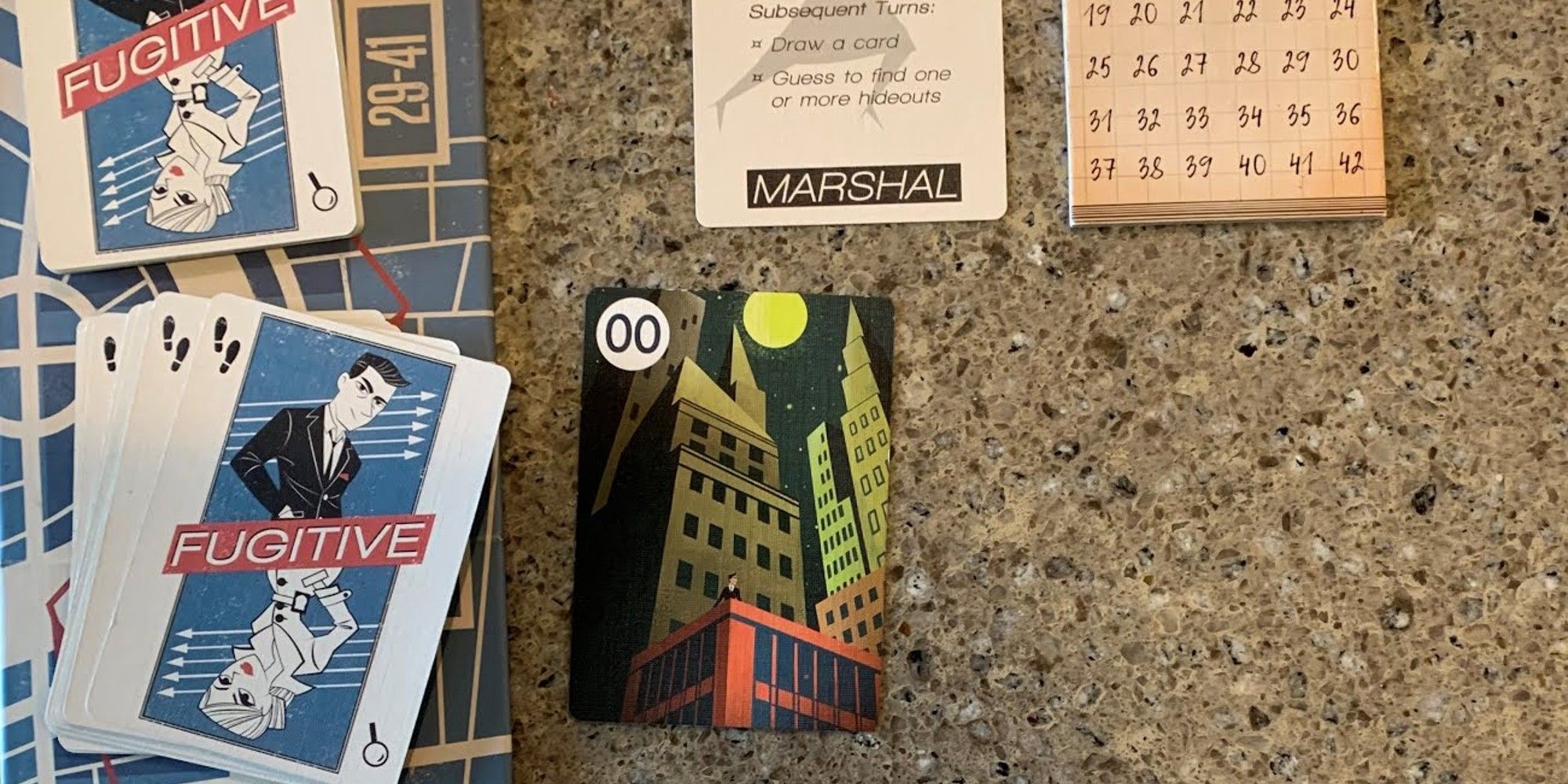 Fugitive is a simple card game for two players. One player is the fugitive and the other the detective trying to catch them. It's a game about the method of elimination and bluffing to hide your location.

The mechanics are quite simple but the back and forth of bluffing and trying to guess what the other player will do makes it quite fun. This is a perfect game for two players looking to throw in a short game in between longer and more complicated ones to chill for a while. 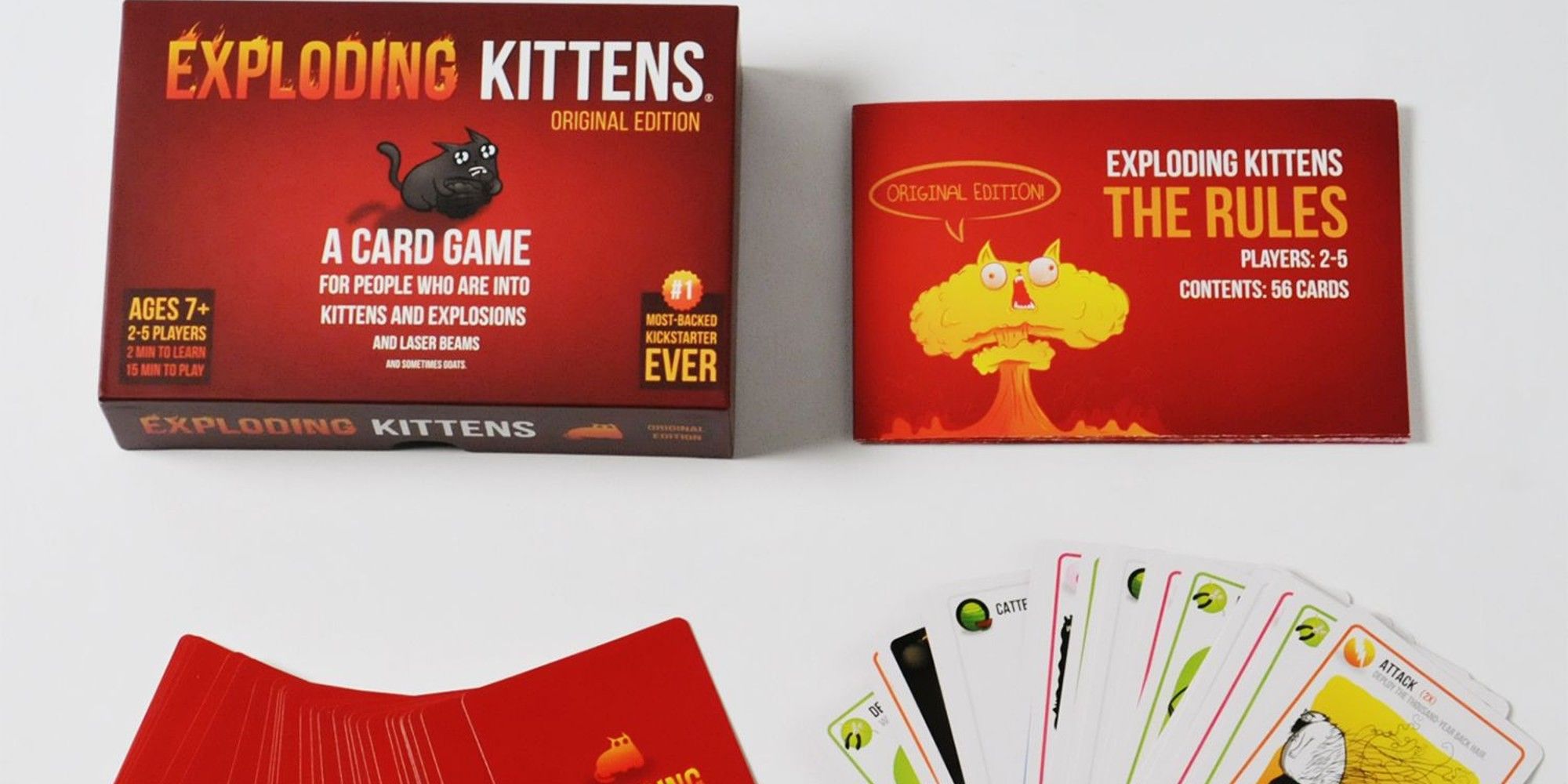 You've probably heard of Exploding Kittens if you're even slightly into board games, and that's for good reason. This card game has each player drawing cards from a deck and trying to avoid the game-ending Explosion cards.

In order to avoid exploding, you'll be stealing cards from others, defusing the explosions, and trying to push your luck and collect useful cards until the inevitable happens. It's a very fun and casual game and a perfect option for introducing people to the hobby. Games also take less than an hour usually, so it's definitely worth the time. 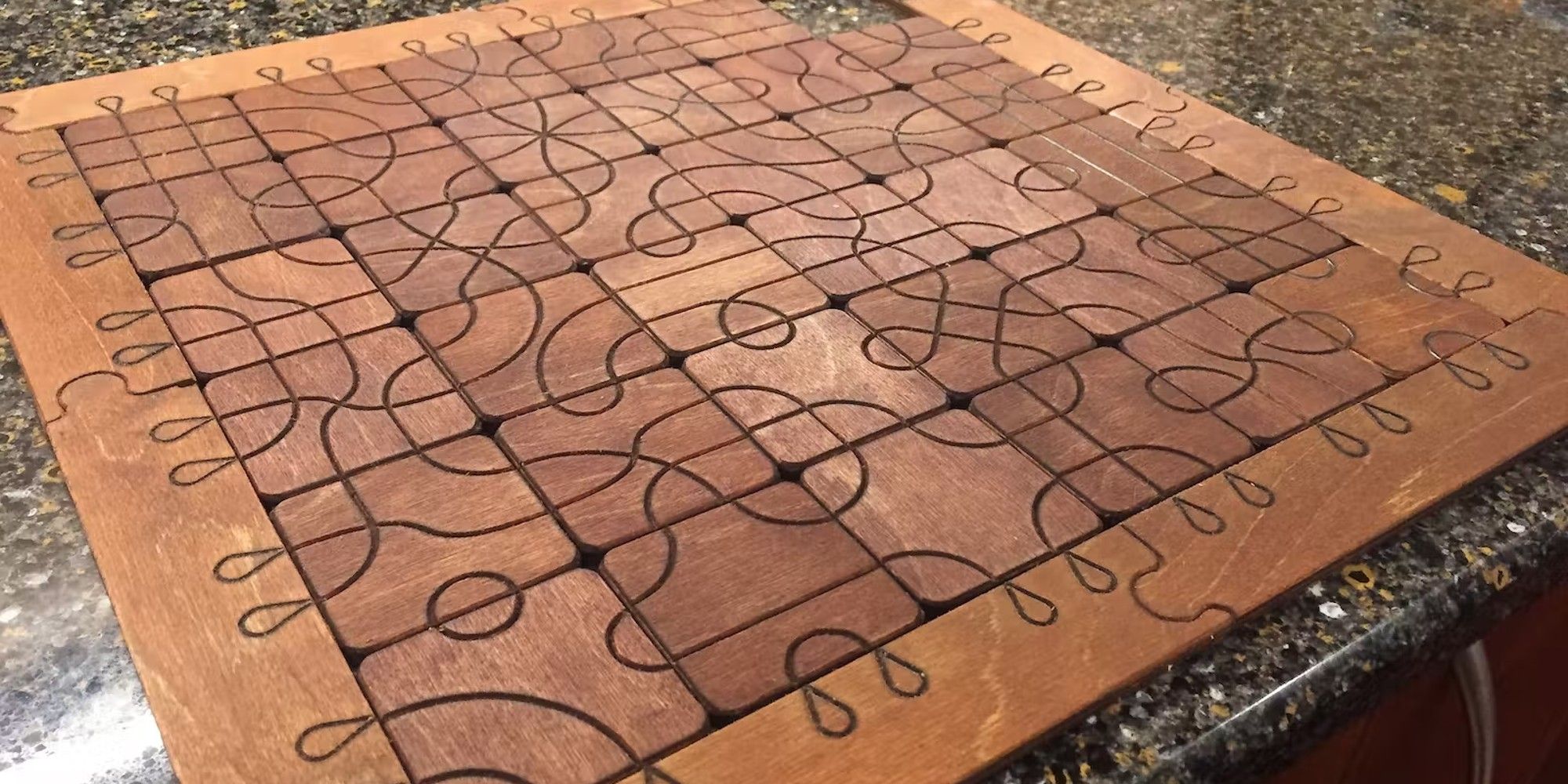 Tsuro is a game that will satisfy your itch for good planning and foreseeing potential moves. In this game, the players all control a marker that slides down a path whenever a tile is placed next to them. The goal of the game is to keep your marker away from other players and the edges of the board.

With tons of tiles with various wildly curving paths, Tsuro is always a little unpredictable until the tile hits the board. Trying to stay as safe as possible and undermining opponents is great fun, and it only takes about half an hour to wrap up most of the time. 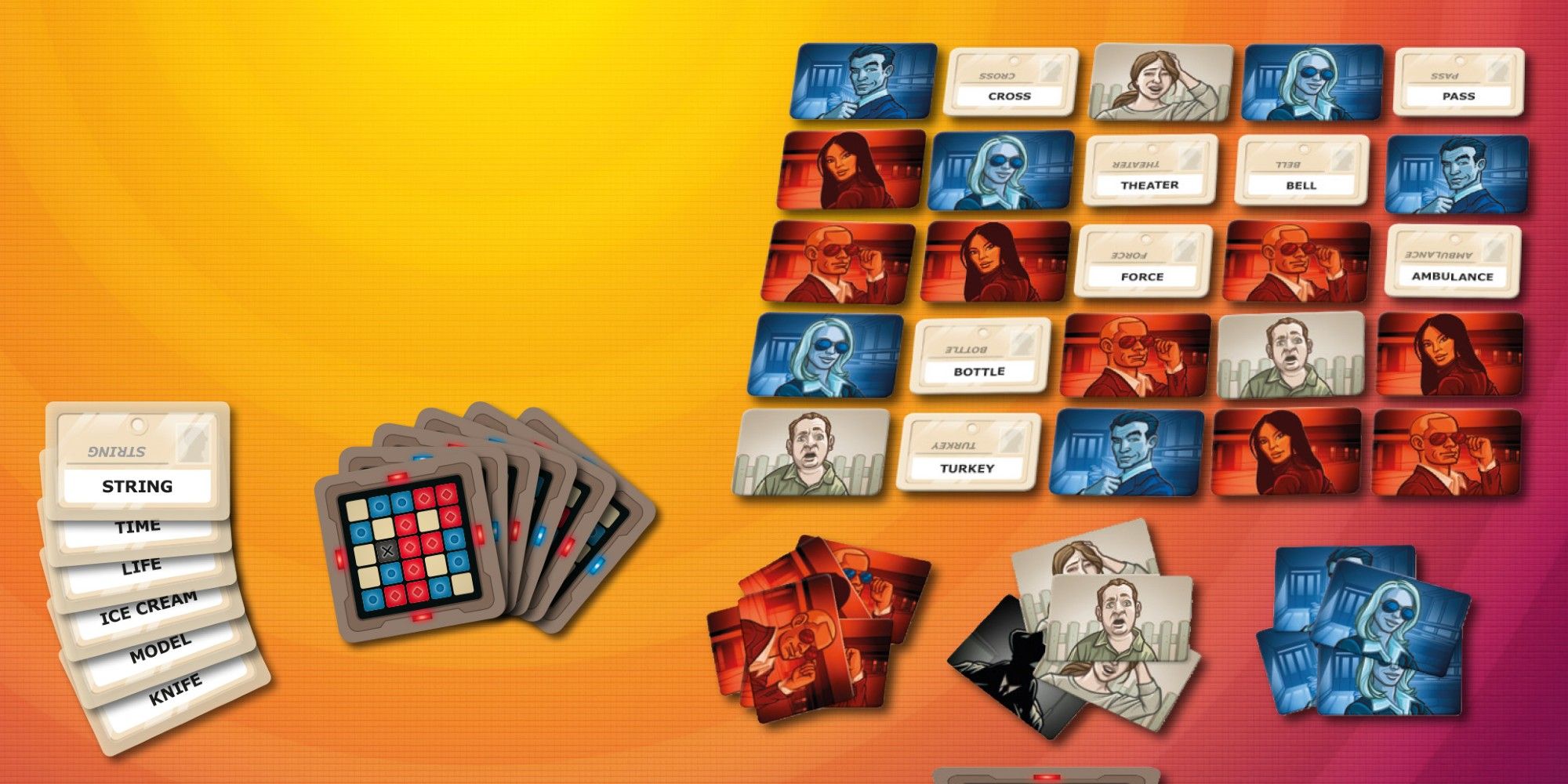 Codenames is the perfect game for those wanting more of a brain teaser and those who are into word games. Players are divided into two groups and one player from each group takes the role of the spymaster. Each team has some words assigned to them, dictated by a reference card that only the spymaster can see, from the twenty-five words on the board.

The spymaster will then give their team a one-word clue that hopefully relates to their assigned words and their team will try to find said words. This is a straightforward yet fun game with infinite replayability, thanks to the board and reference card being random. It also takes no longer than an hour in most cases.