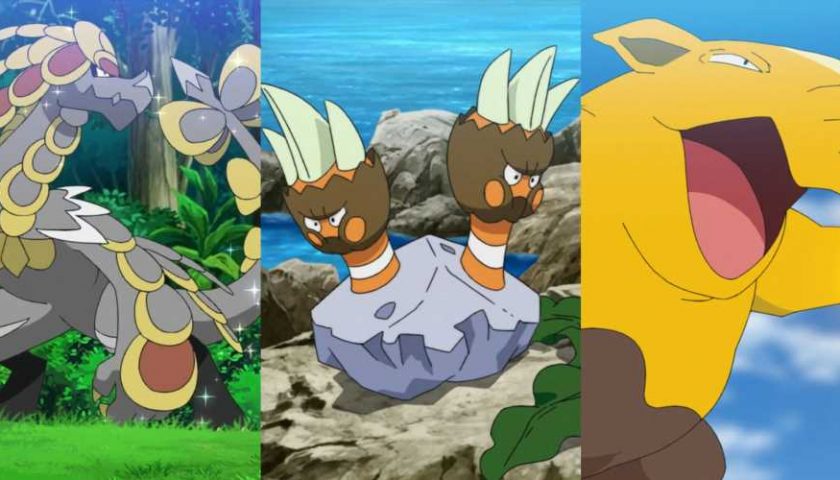 Real animals often serve as the inspiration behind a ton of Pokemon. Cats, dogs, birds, and other popular creatures have all sparked numerous Pokemon designs, as each elemental type allows for many variations of the same type of critter. Just think of Litten, Sprigatito, and Meowth—all cat Pokemon with different abilities and design based on their type designation.

Often, a Pokemon’s real-life inspiration is clear. However, some 'mons inspirations aren’t as obvious, particularly if they’re based on a relatively unknown animal. With so many incredible beasties found across the world, it’s no wonder that some of the more obscure have led to the creation of several unique Pokemon. 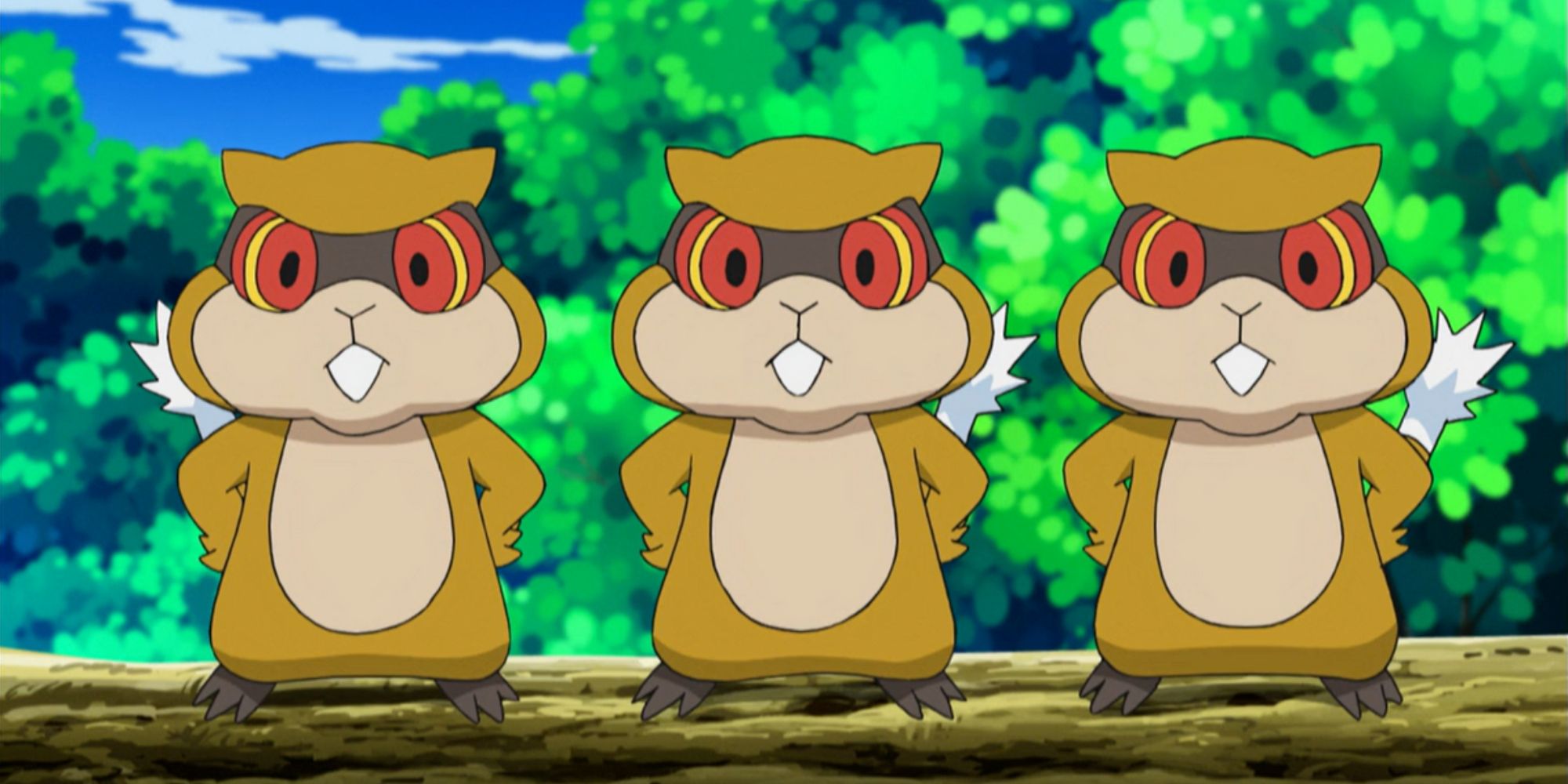 The Scout Pokemon, Patrat, takes inspiration from the Prairie Dog, a ground-dwelling rodent native to North America. Patrat is a Normal-Type Pokemon first introduced in Gen 5. It evolves into Watchog, which combines Patrat’s prairie dog design with the meerkat.

Patrat strongly resembles a prairie dog, with a small body, brown fur, and noticeable tail. Its jutting teeth also point to Patrat’s rodent inspiration. In addition, Patrat shares some behavior with prairie dogs: both are on high alert and extremely observant when watching for predators. 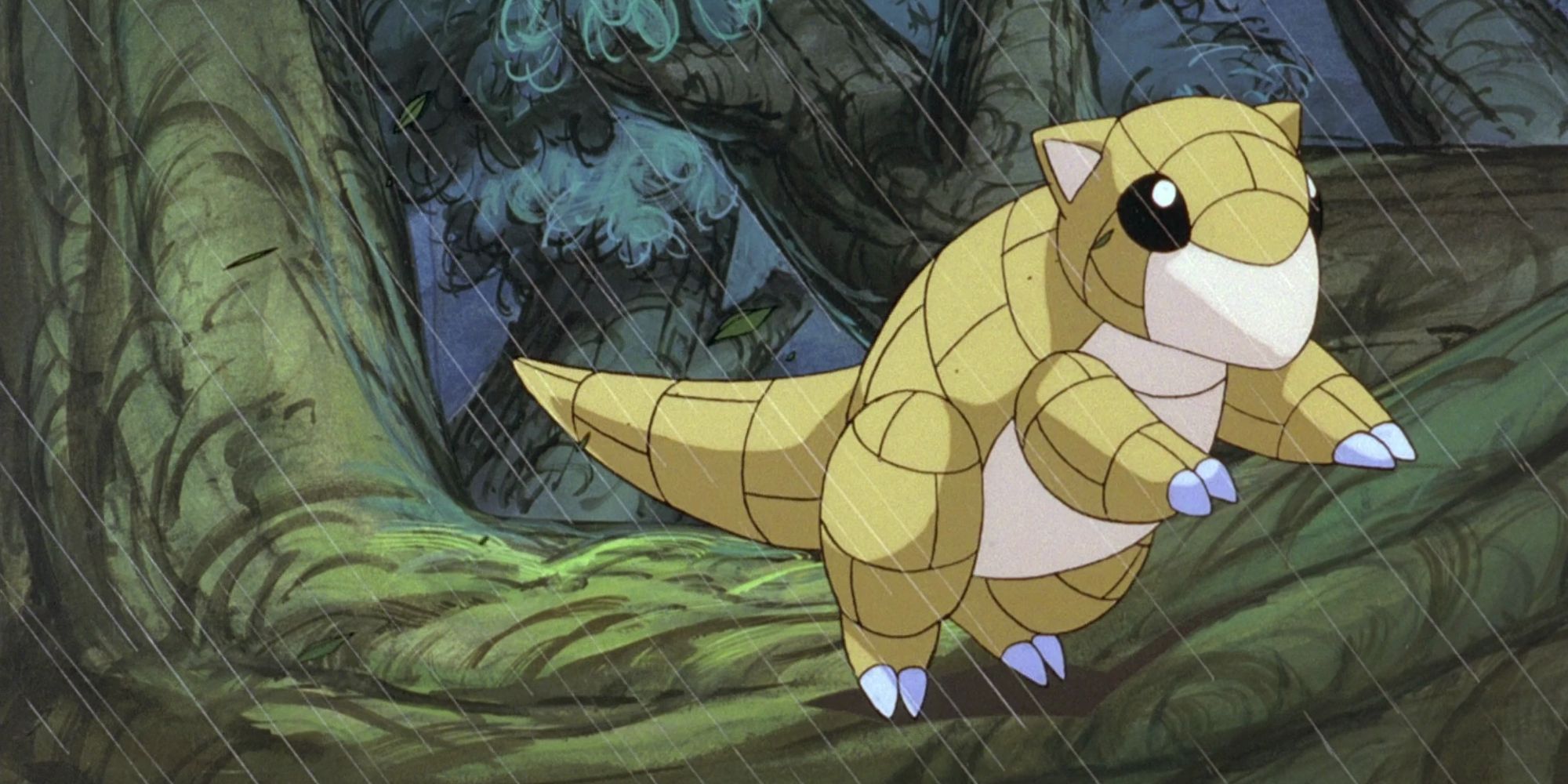 Though Sandshrew is called the Mouse Pokemon, its true animal basis is the Armadillo. Sandshrew looks just like them, with both fictional and real creature possessing an armor-like back and head as well as long claws. The Pokemon’s original designation as a Ground-Type also matches its armadillo inspiration, as armadillos are known for digging.

Sandshrew lives in desert areas in the Pokemon universe, copying some species of armadillo, though the real-world animal is found in several different climates throughout North and South America. Sandshrew can also roll up into a protective ball, copying the defense mechanism of some armadillo species. 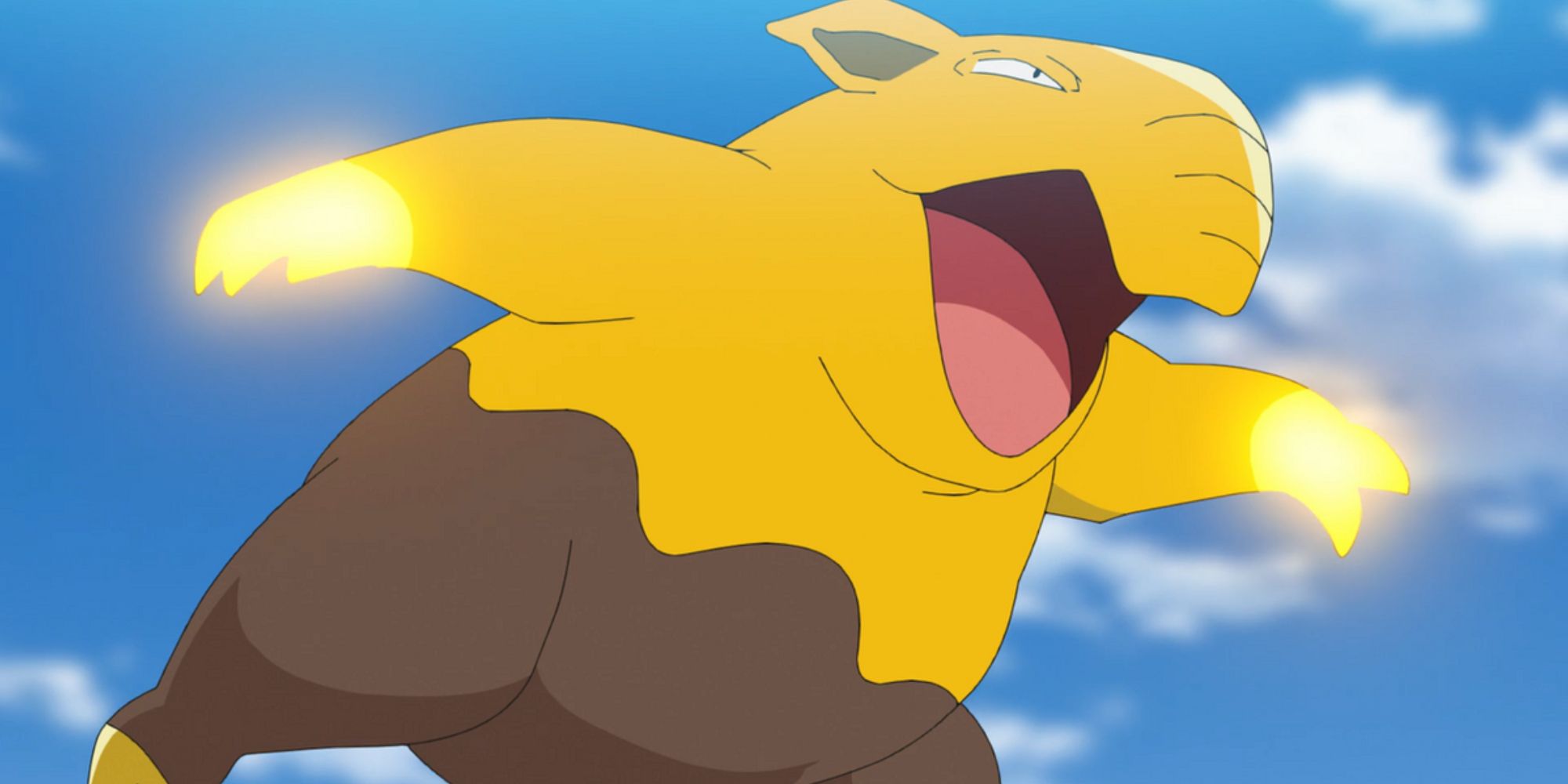 Drowzee, a Psychic-Type introduced in the very first Pokemon games, draws inspiration from the Malayan Tapir, a unique animal found in Southeast Asia. Like the Malayan tapir, Drowzee has a long snout as a nose and small, oval-shaped ears.

Another physical similarity is the color pattern. Though the Malayan tapir is black and white rather than Drowzee’s bright yellow and brown, both the animal and the Pokemon roughly share the same color distribution, with a large patch of one color on the lower back. 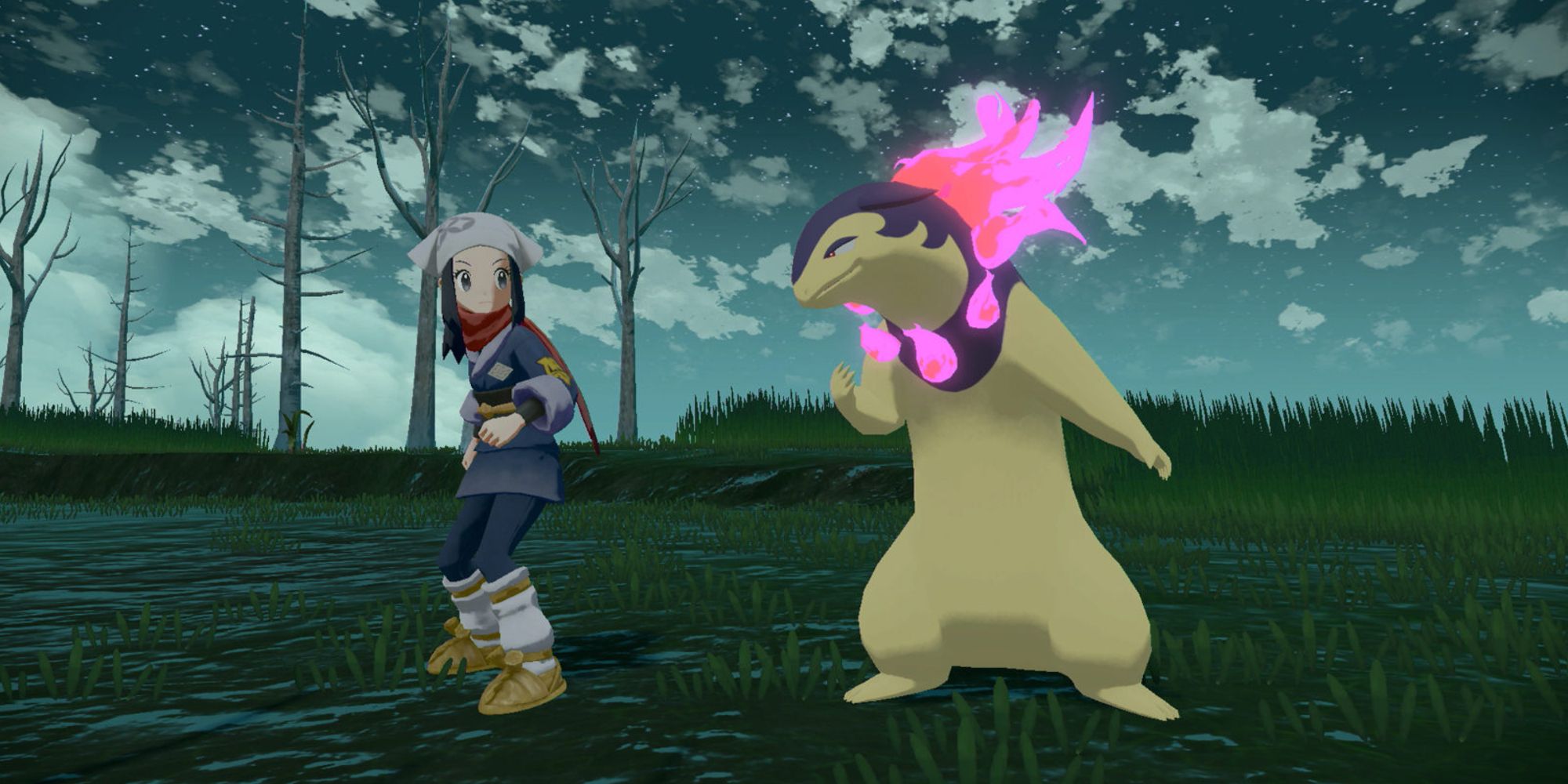 Typhlosion is the final evolution of the Fire-Type starter in Gen 2, appearing in Legends: Arceus with a new Fire and Ghost-Type regional form. Its real world inspiration stems from the honey badger, an animal found across Africa and in parts of Asia.

The fiery 'mon shares a body shape with the honey badger, with a long, lean form, short tail, and small feet. The coloring of both is also similar, but reversed. The honey badger’s darker color is on the animal’s belly, while Typhlosion’s darker fur is on its back. 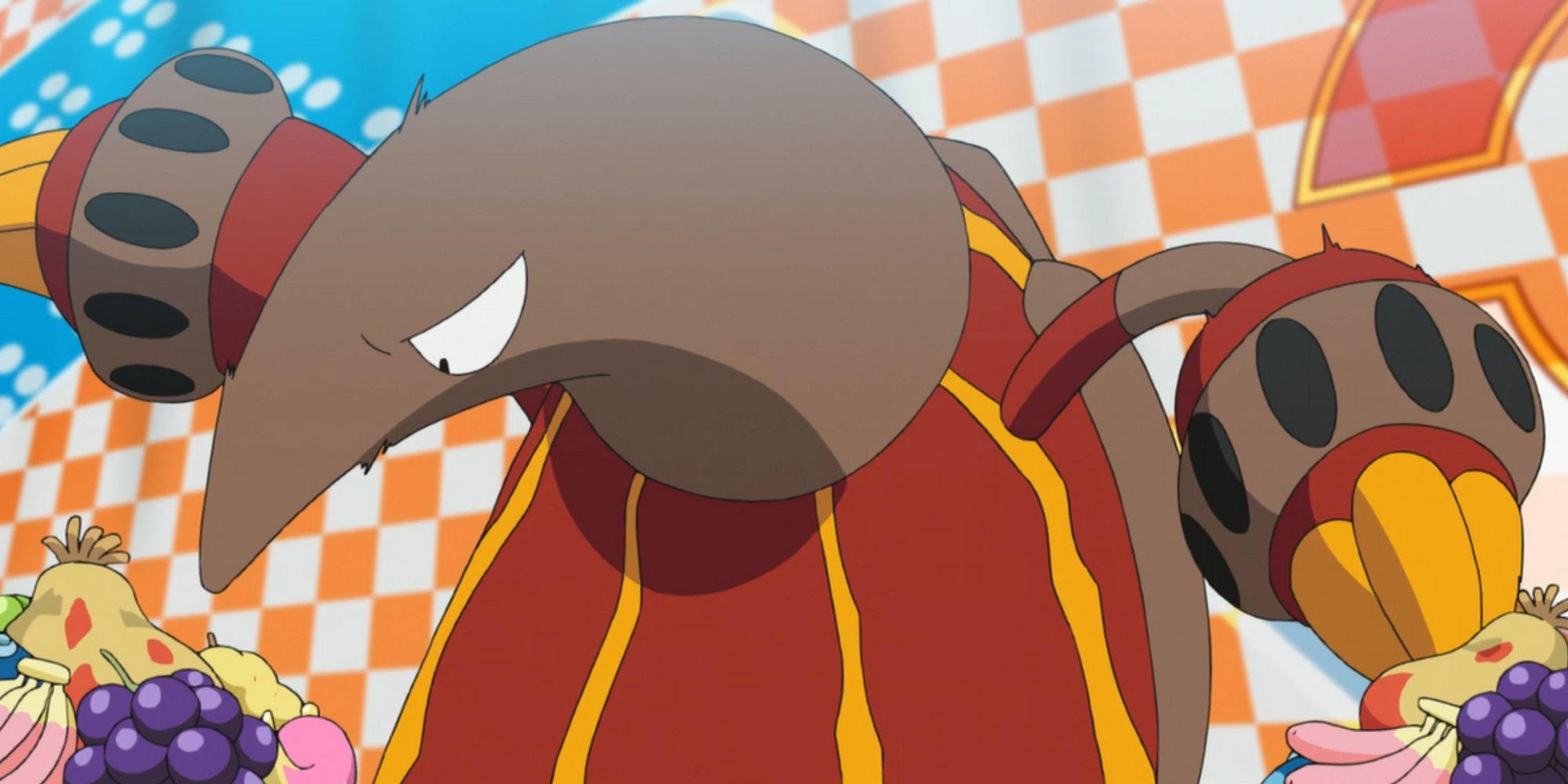 This Fire-Type Pokemon, which debuted in Gen 5, is known as the Anteater Pokemon. Native to Central and South America, anteaters are very unique in the Animal Kingdom and lend that distinct look to Heatmor’s design.

Fitting for an anteater-inspired Pokemon, Heatmor has a long snout and tongue. However, unlike the real thing, Heatmor uses its snout to shoot out a long tongue of flame. Heatmor also shares the anteater’s long claws and stocky build. 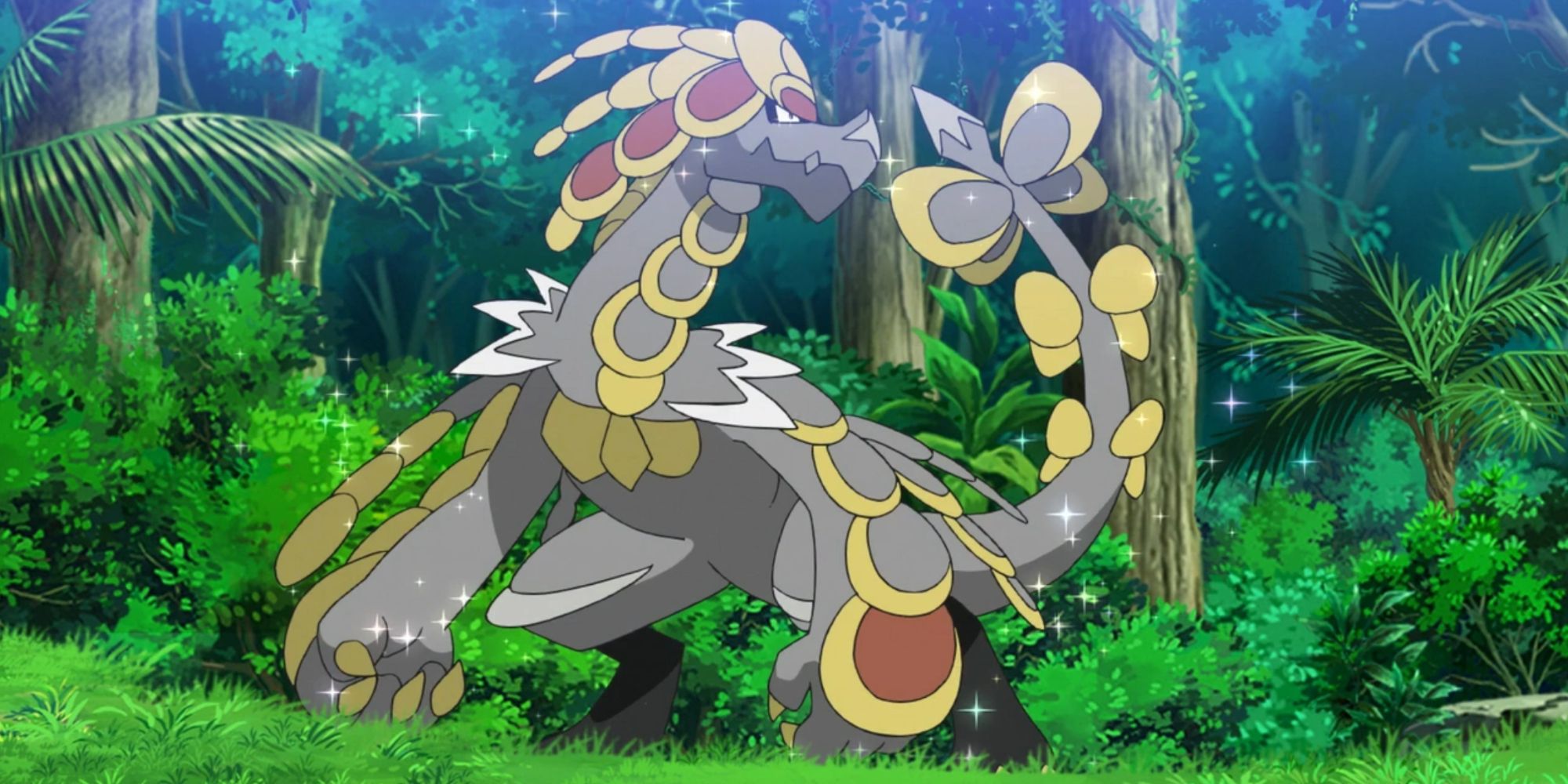 Kommo-o, the Scaly Pokemon, has at least two animal inspirations. Its reptilian features and name come from the komodo dragon, a large lizard native to Indonesia. Kommo-o, with its massive, pronounced scales and body shape, also bears some resemblance to the pangolin, a scaly anteater found in Africa and Asia.

As a dual Dragon and Fighting-Type, it makes sense that Kommo-o would have a pair of animal inspirations behind its design. Kommo-o is one of the strongest 'mons from Gen 7, with a scaly appearance that emphasizes its toughness. 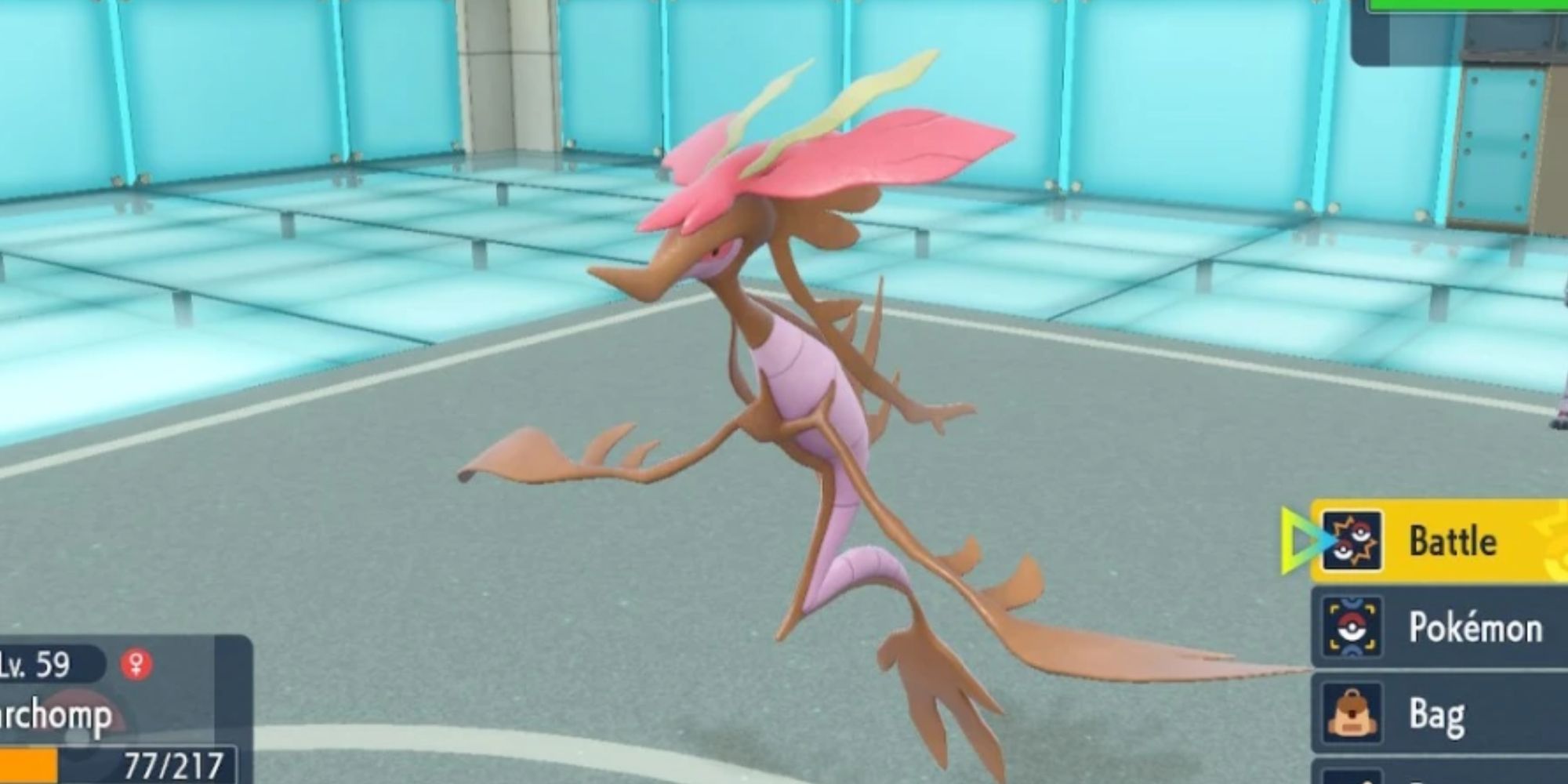 At first glance, you might assume Dragalge is a plant-inspired 'mon, rather than one based on an animal. As the Mock Kelp Pokemon, that’s just what Dragalge wants you to assume—and what its real-life inspiration, the Leafy Seadragon, wants you to believe about it, too.

The leafy seadragon in a sea-dwelling animal off the coast of Australia and protects itself through camouflage, appearing like drifting seaweed to its predators. Dragalge mirrors this leafy appearance. Fittingly, Dragalge is also a dual Poison and Dragon-Type, further taking ideas from its real world seadragon counterpart. 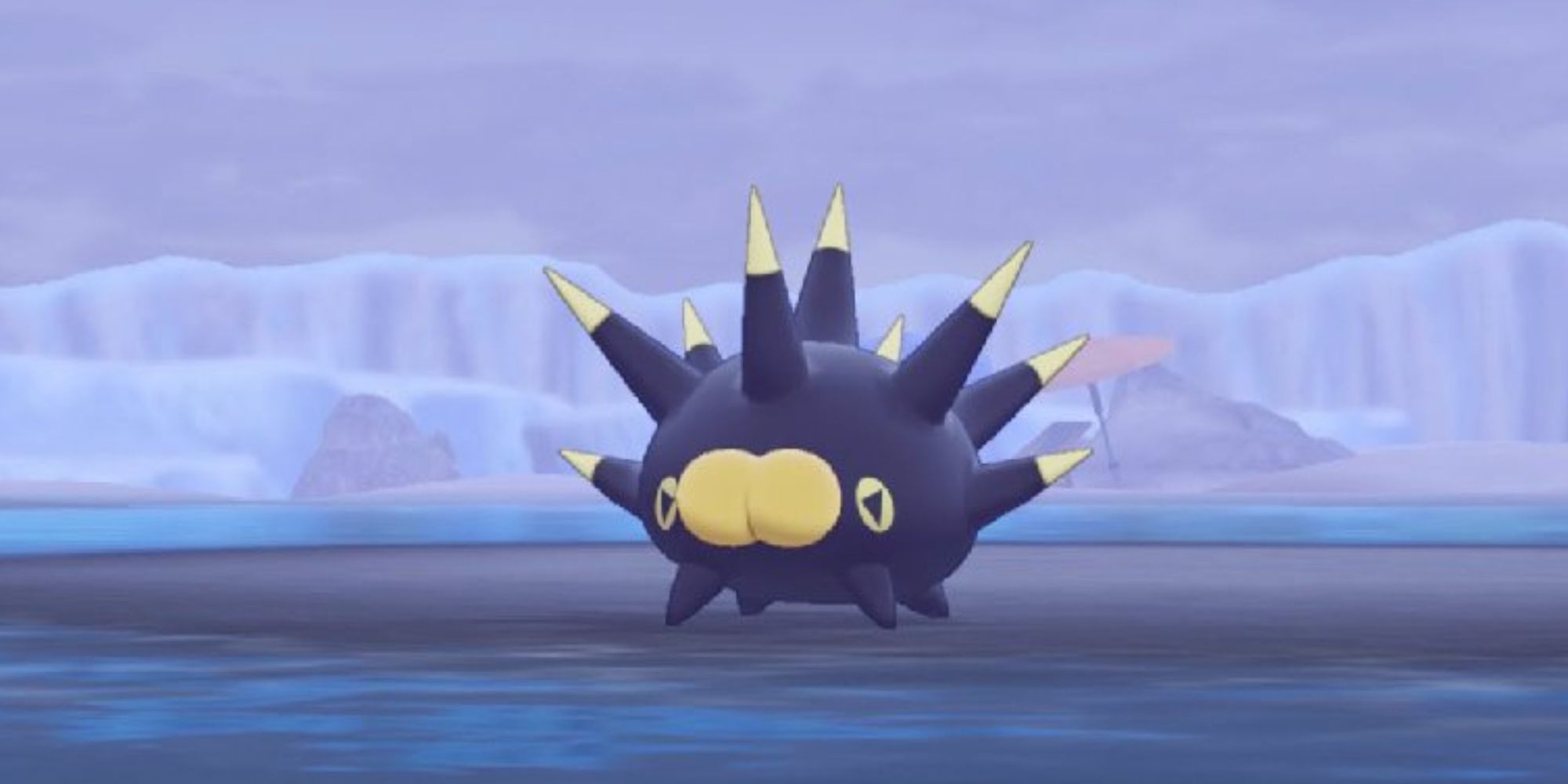 Despite the fact that it’s based on a sea creature, Pincurchin is not a Water-Type, but rather, an Electric-Type. The Sea Urchin Pokemon, introduced in Gen 8, resembles a spiny sea urchin. Matching the versatility of the real world sea urchin, Pincurchin can be found in a handful of different climates, including icy ones.

Just as the sea urchin uses their spines for protection, so too does Pincurchin, albeit in a unique way. The Pokemon can conduct electricity through its spines, using this power to send out its attacks. 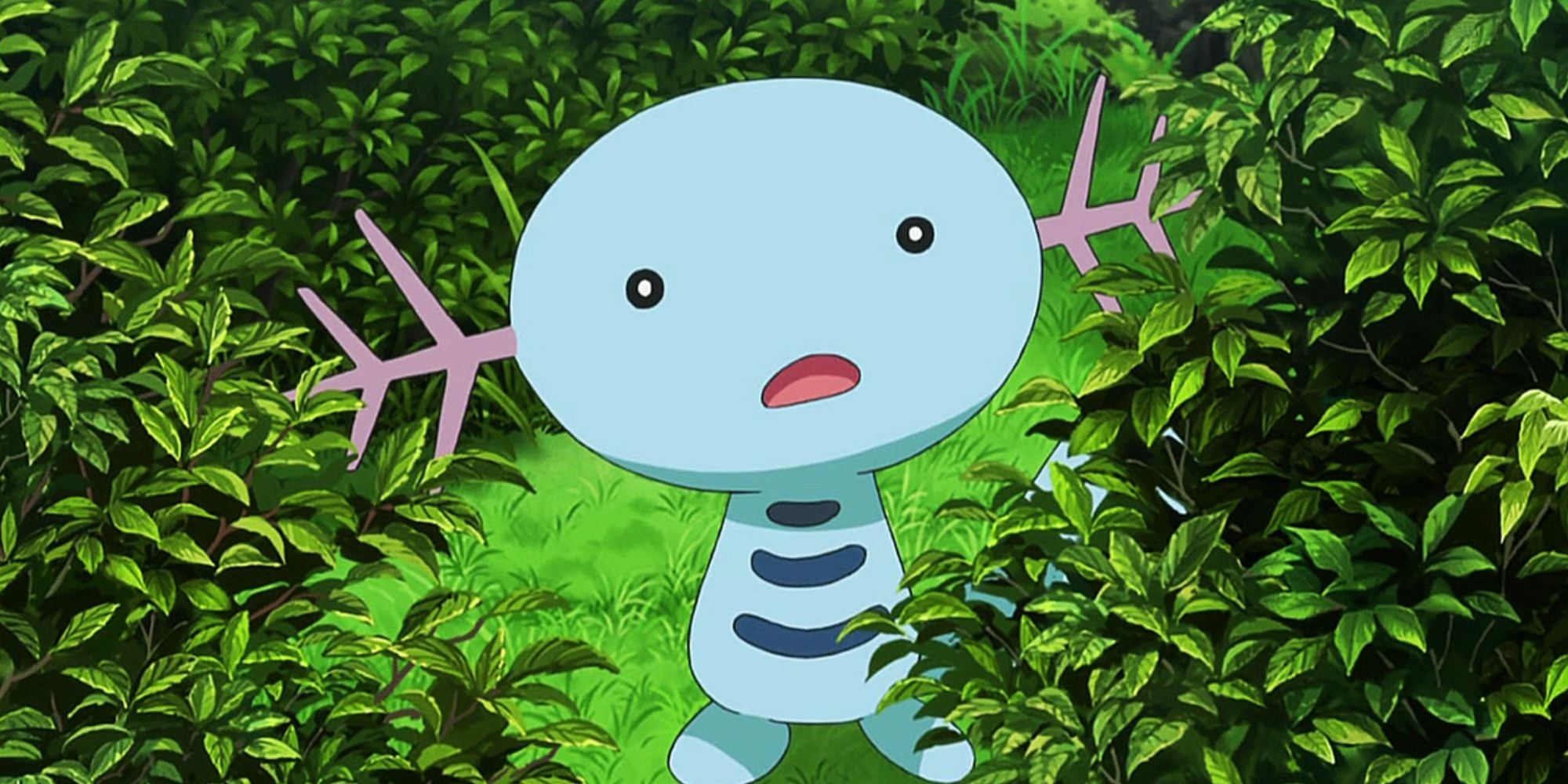 Wooper, the adorable Water Fish Pokemon introduced in Gen 2, is a dual Water and Ground-Type inspired by an equally cute amphibian: the axolotl. This real world animal is one of the most unique salamanders alive today and a native of Mexico.

The spines on the side of Wooper’s face bear resemblance to the stalks protruding from the axolotl’s head. Wooper’s long tail and affinity for water are also based on this salamander. Even Wooper’s shiny variation matches the most iconic axolotl color: pink. 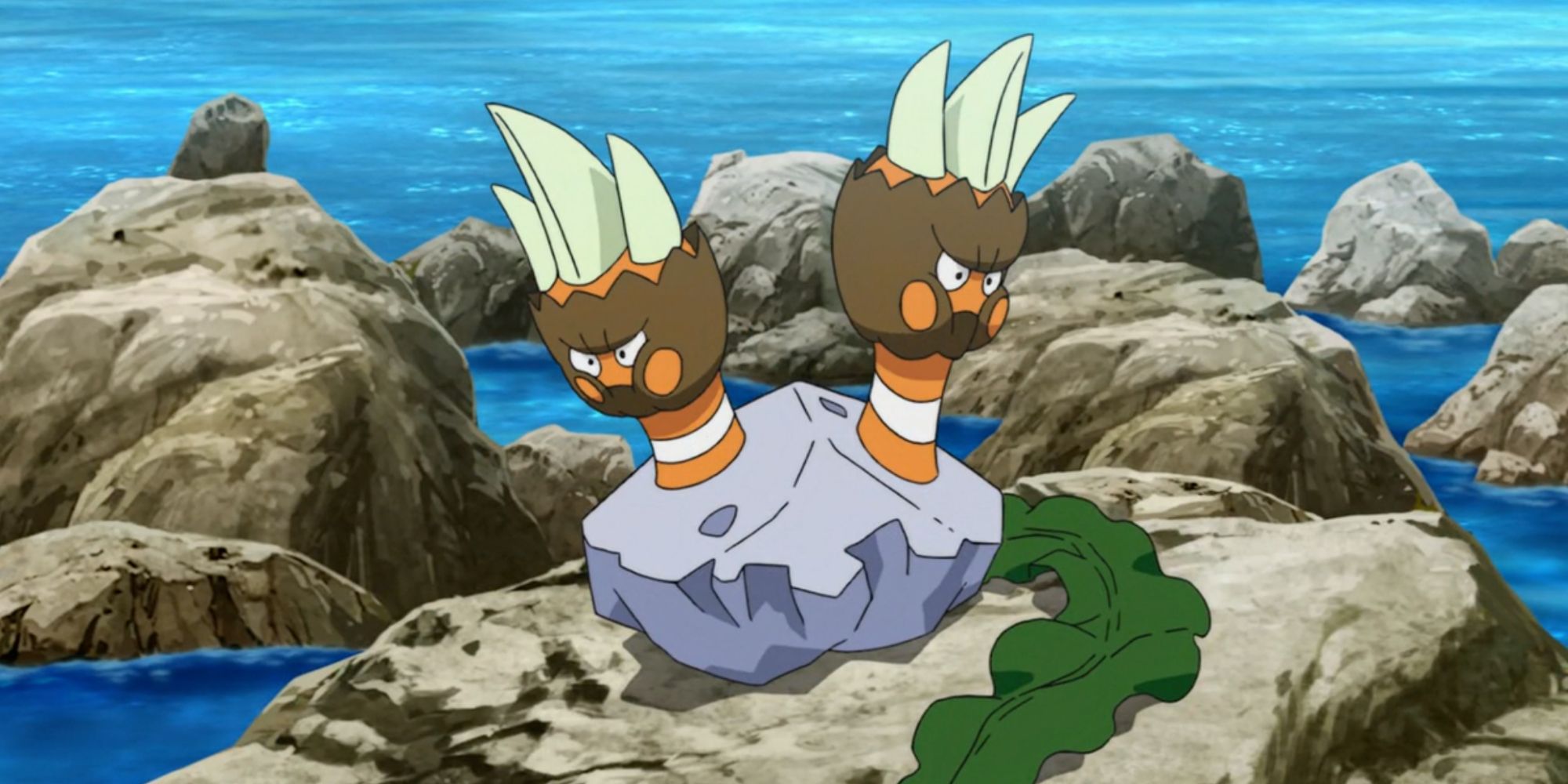 Binacle, the grouchy-looking rock thing, is based on the Goose Barnacle, a type of crustacean. To find food, the goose barnacle attaches itself to a rock on ocean shorelines. This characteristic is reflected in Binacle’s designation as a dual Rock and Water-Type.

Binacle also resembles the goose barnacle in appearance, as both the animal and the Pokemon have thin stalks that end in thick, claw-like heads. Designing Binacle to dwell on a rock and in pairs is another perfect reflection of the real world barnacle that inspired it, as the barnacles often live very close to other members of the species. 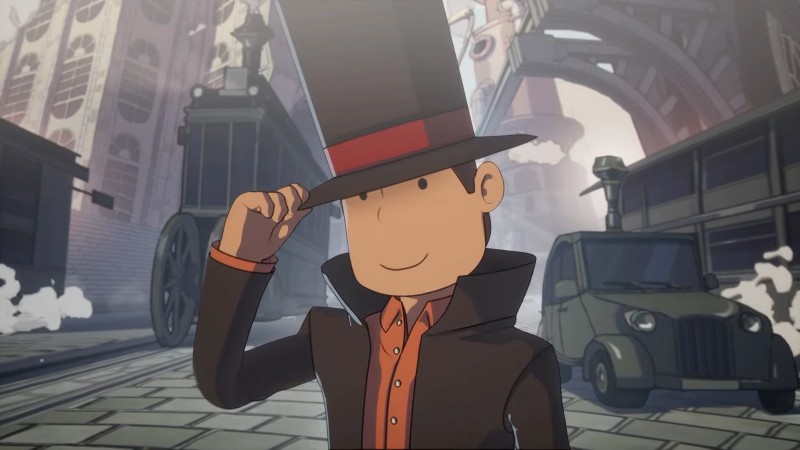 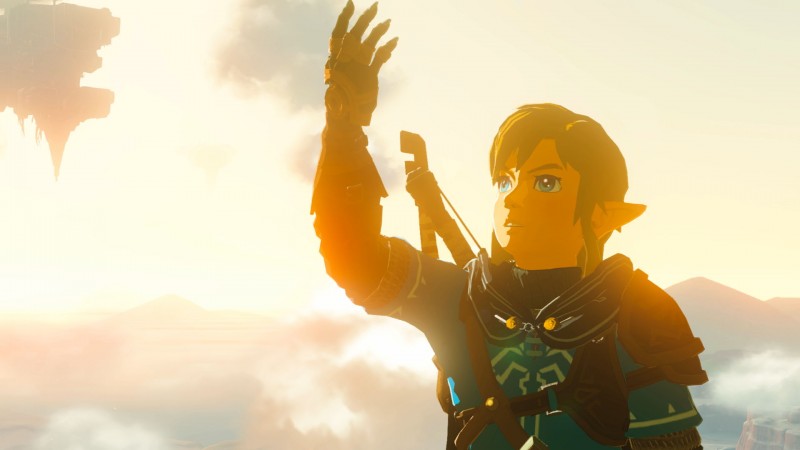