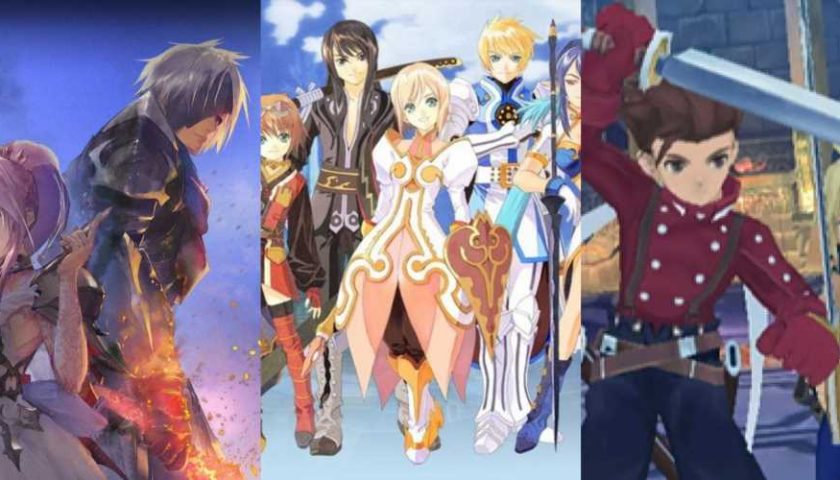 When it comes to choosing a favorite RPG series, it isn’t a stretch to say that you have plenty of fantastic options. To some, one of the more overlooked but still famed series is the Tales series. It has existed for decades at this point, and is even preferred over titans like Final Fantasy to many gamers.

Every one of the game’s stories has some unique ups and downs, but some of the moments that stick out most to fans are the heartwarming moments. Those bright or even understated moments that just give people the warm and fuzzies have been in the series for a long time, so there are plenty of great ones to choose from.

10/10 Lailah And Curling – Tales Of Zestiria 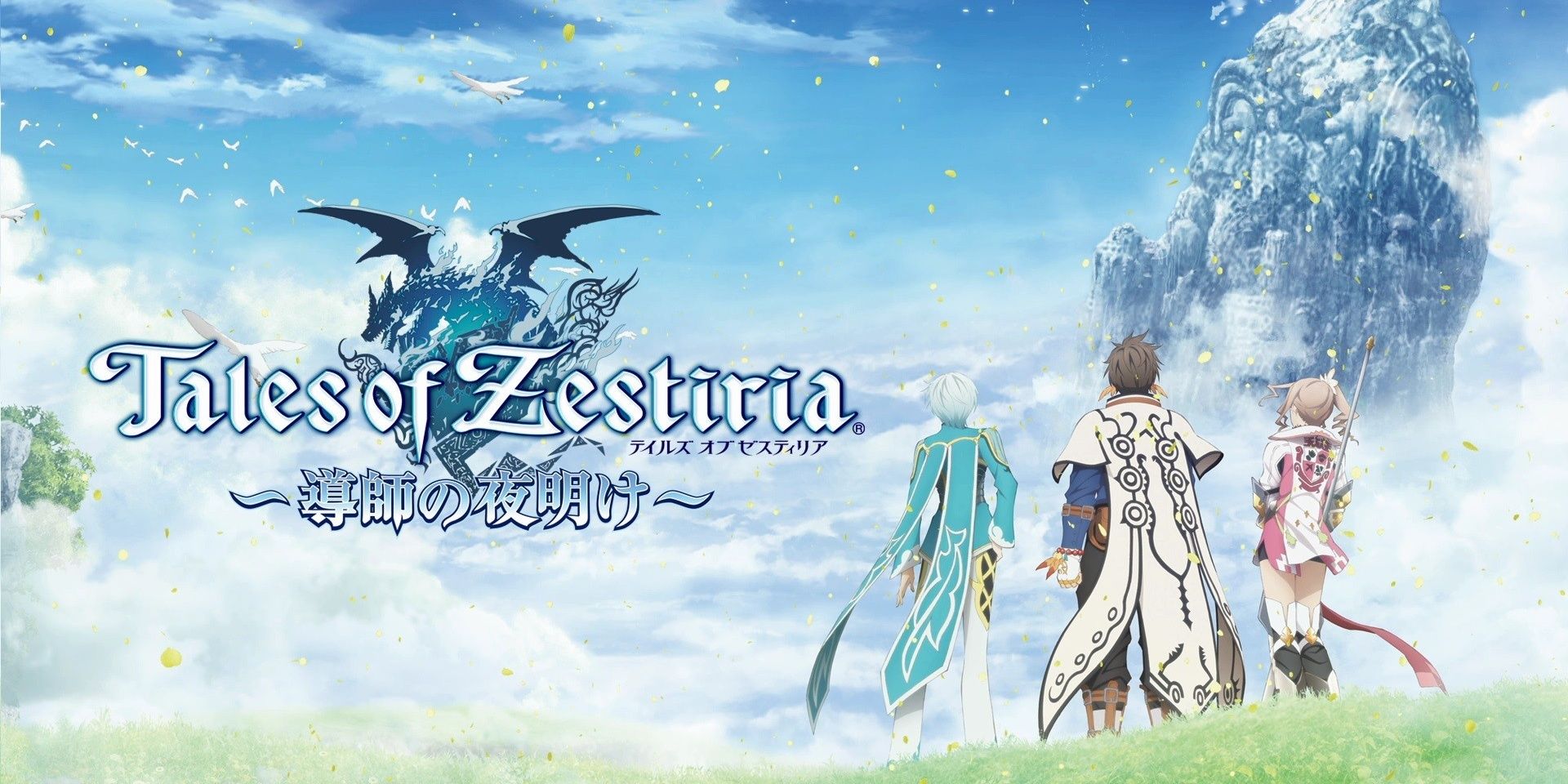 Someone could make an entire list of heartwarming moments purely courtesy of Tales of Zestiria’s Lailah. Throughout most of the game, she is a cheery and spacey figure that is constantly attempting to get others to laugh with bad jokes.

One hilariously heartwarming moment comes after combating some armadillos. Lailah immediately launches into a skit tirade about the history of curling. If anyone was going to be particular about how something curls into a ball, it would definitely be her. Sorey’s reaction to the tirade is what really punctuates the whole moment. 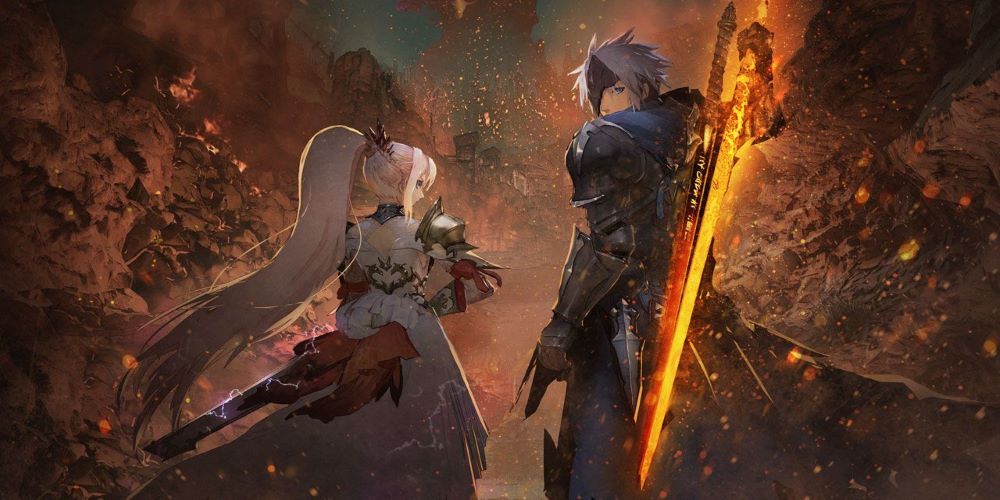 In Tales of Arise, there is a simple and funny little moment that you can encounter in Aureum Falls. If you make the bold decision to charge off the high cliff into the water below, you’ll be treated to some dialogue from your… less than thrilled companions.

If that wasn’t enough, you’ll need to climb up the long ladder to get back to the top of the cliff — something that comes with its own dialogue. Your party practically taunts you the entire climb back up thanks to how ridiculously long the climb actually is. If you make it through all that, maybe just avoid another trip down the cliff.

8/10 Magilou And The Dogs – Tales Of Berseria 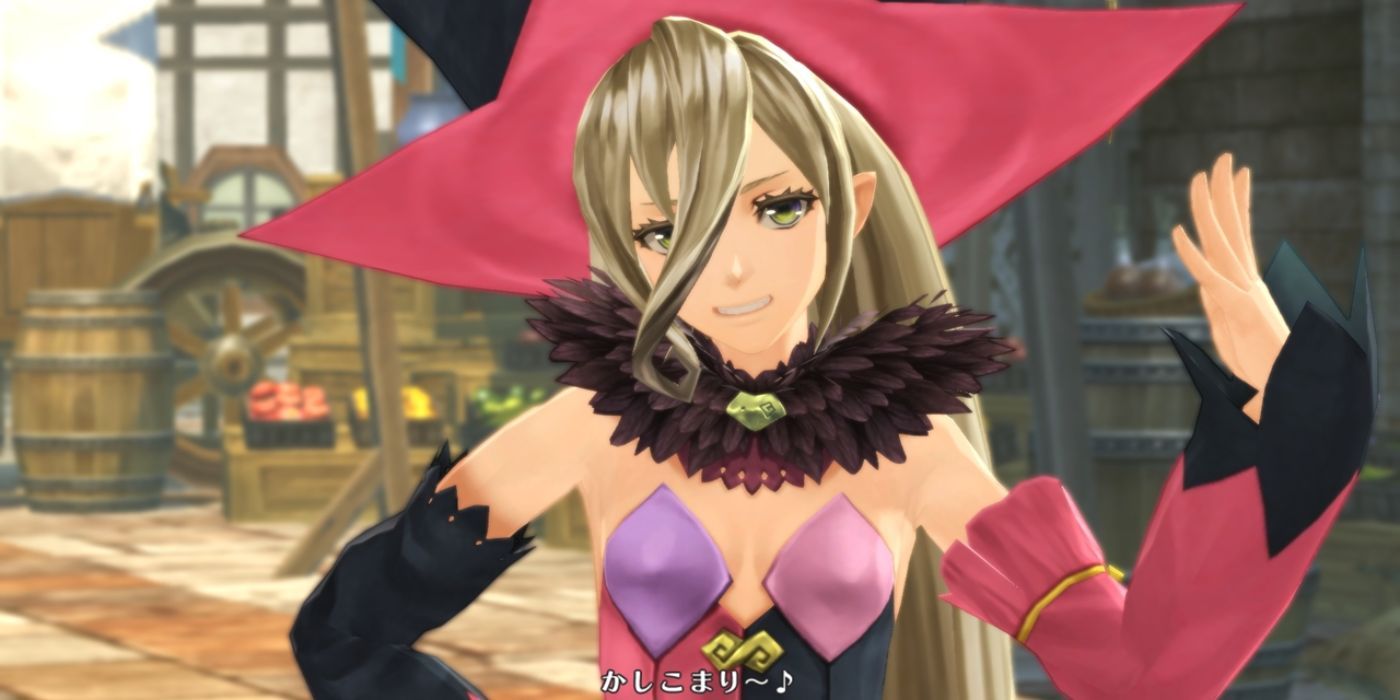 Tales Of Berseria is an interesting entry to the series, and one of the most fascinating characters from the game is none other than the always iconic, Magilou. The strange witch may be a bit hard to trust at times, but there is one thing that should never be in doubt: her ability to understand dogs.

Yes, experiencing Magilou’s explanation of what dogs are saying is incredibly heartwarming. Maybe the dogs really are offering scathing and critical thoughts on how humans go about their daily lives, or maybe, Magilou is just finding a unique way to voice her own opinions without having to take ownership of those thoughts. 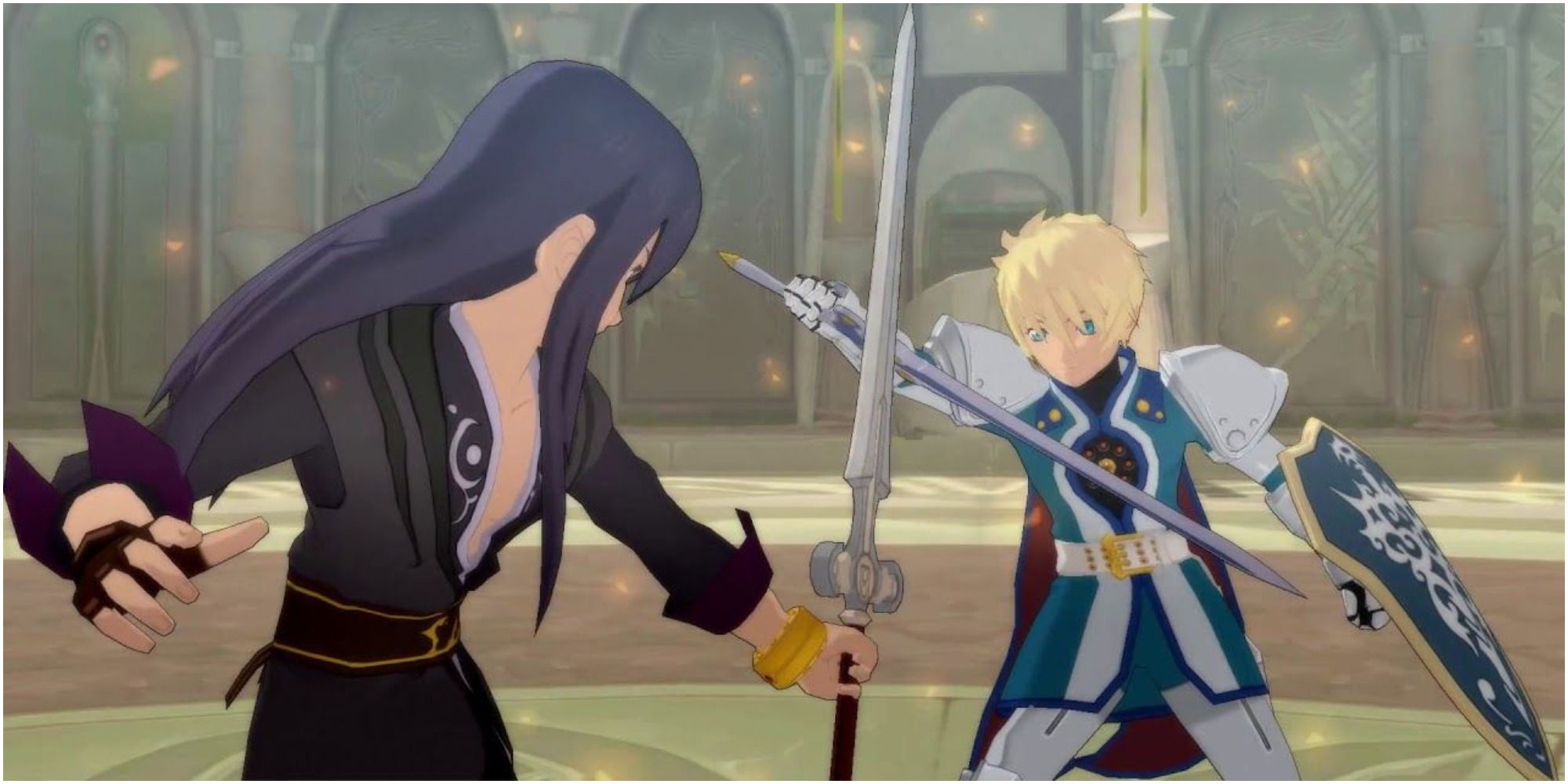 This moment from Tales of Vesperia may have a few people confused. The battle between the two childhood friends isn’t the heartwarming part — although, it definitely is a fun little fight to take on. The heartwarming moment is what comes after the fight.

The two friends lay side by side, exhausted from their fight. The two reminisce about their childhood promises. Ending on the crossing of blades and a round of laughter, it's a rewarding moment for those of you who loved Yuri and Flynn. 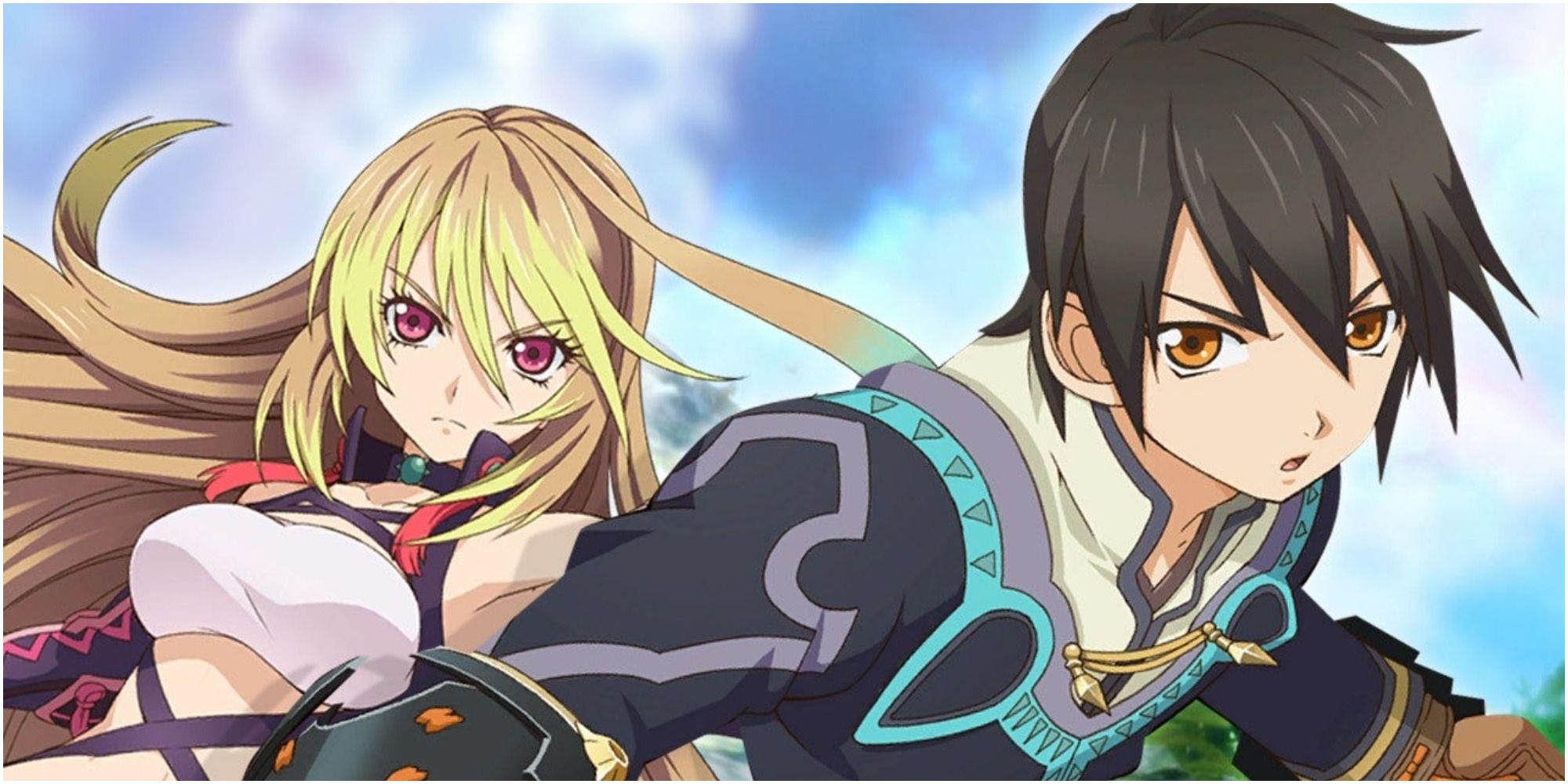 A lot of people love Tales of Xillia in particular, and it’s not hard to see why. It’s another fantastic entry in the Tales series, and characters like Milla and Jude only serve to make the game even better.

A brief but quite funny and heartwarming scene is shared between the two when Milla finds Jude’s “Developmental Diary”. Everyone knows that as soon as a diary is involved, things are bound to get silly, and of course, that’s just what happens. Milla astutely points out that the book was placed next to a book on bed-wetting, to which Jude tries desperately to get them to leave.

5/10 The Flanoir Scene – Tales Of Symphonia 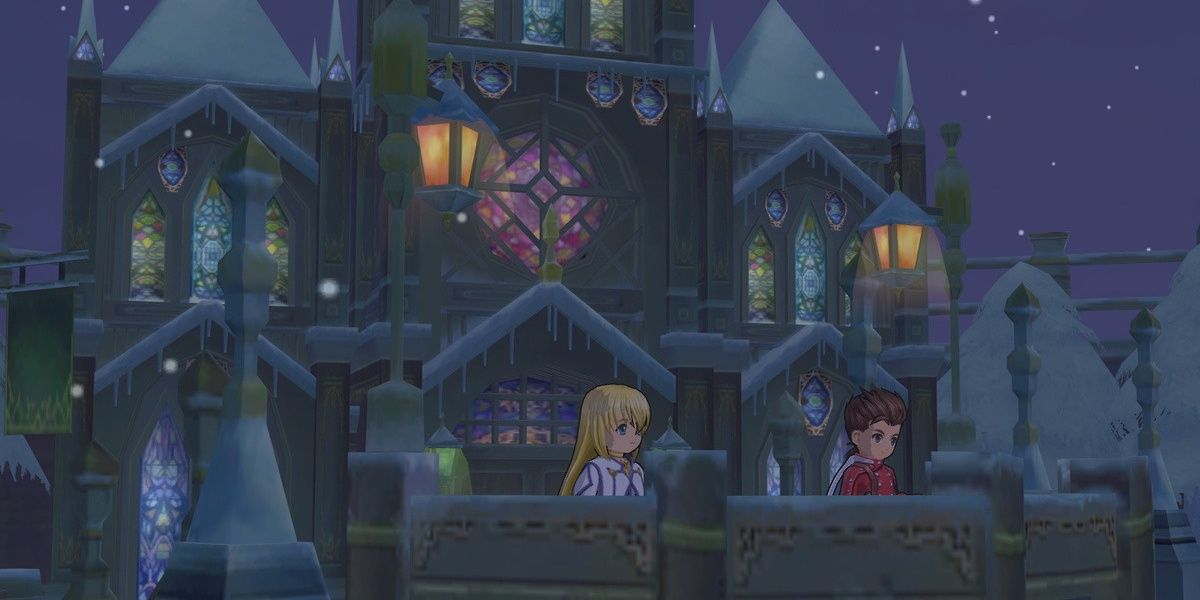 One of the most heartwarming interactions in the game is one you can completely miss out on potentially. In the final hours, a brief scene can be shared with a character, and it’s safe to say that the heart-to-heart between Lloyd and Colette is one of the absolute best. Capping it off with the little snow bunny just makes it all the sweeter. 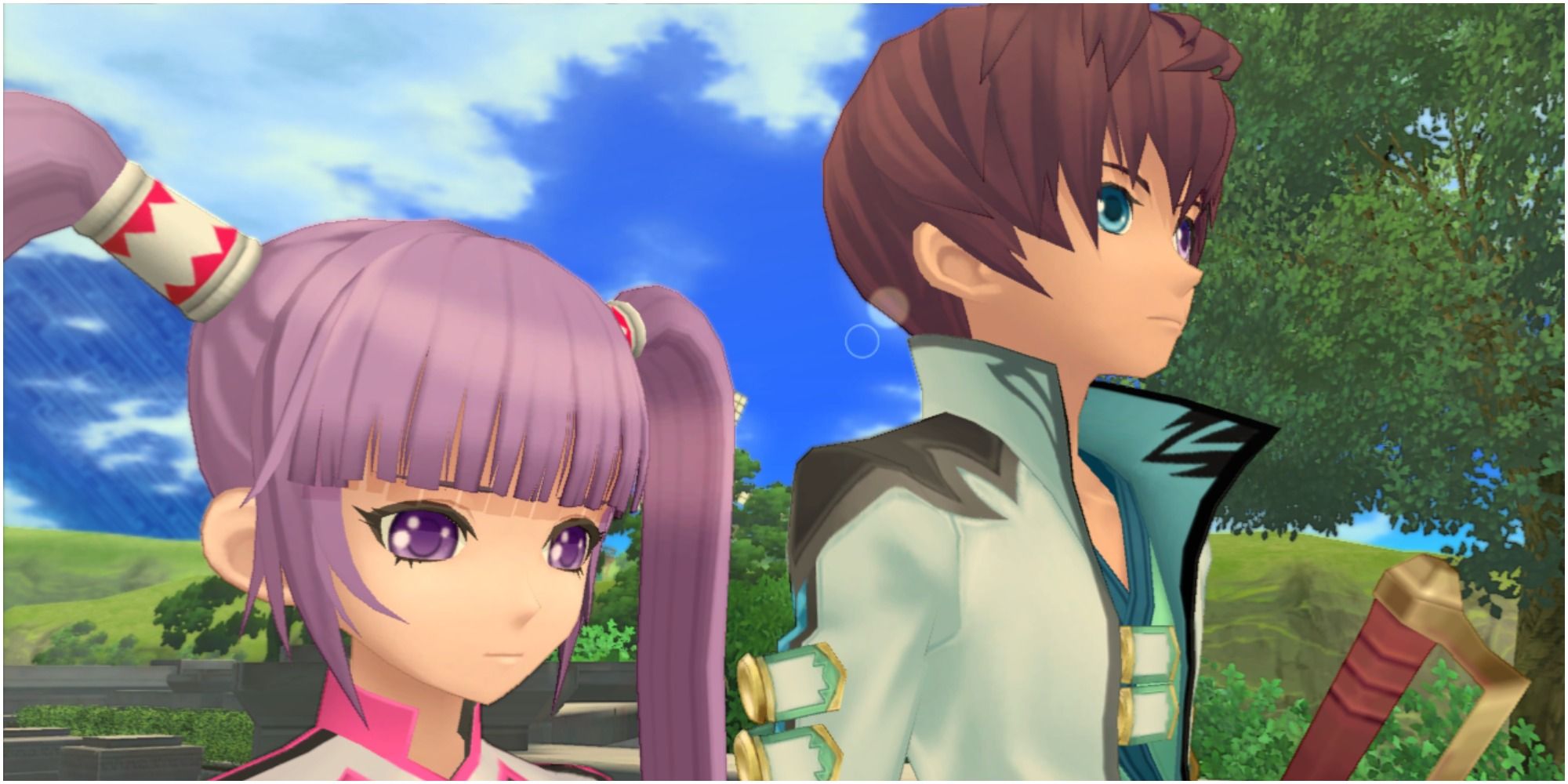 This scene is a bit odd, and in a way, kind of out of nowhere, but it’s hard to deny how funny it is. The cast of Tales of Graces F take to the beach and, unfortunately for Cheria, they take the time to work on their flirting.

The entire thing starts out as the kind of cringey thing a lot of anime-style beach scenes ultimately end up becoming, but in this instance, there is a hilarious punchline. After finally working up the courage to try her luck, Cheria puts the moves on the last person she was hoping to, leading to an earful for the entire group (especially Asbel). 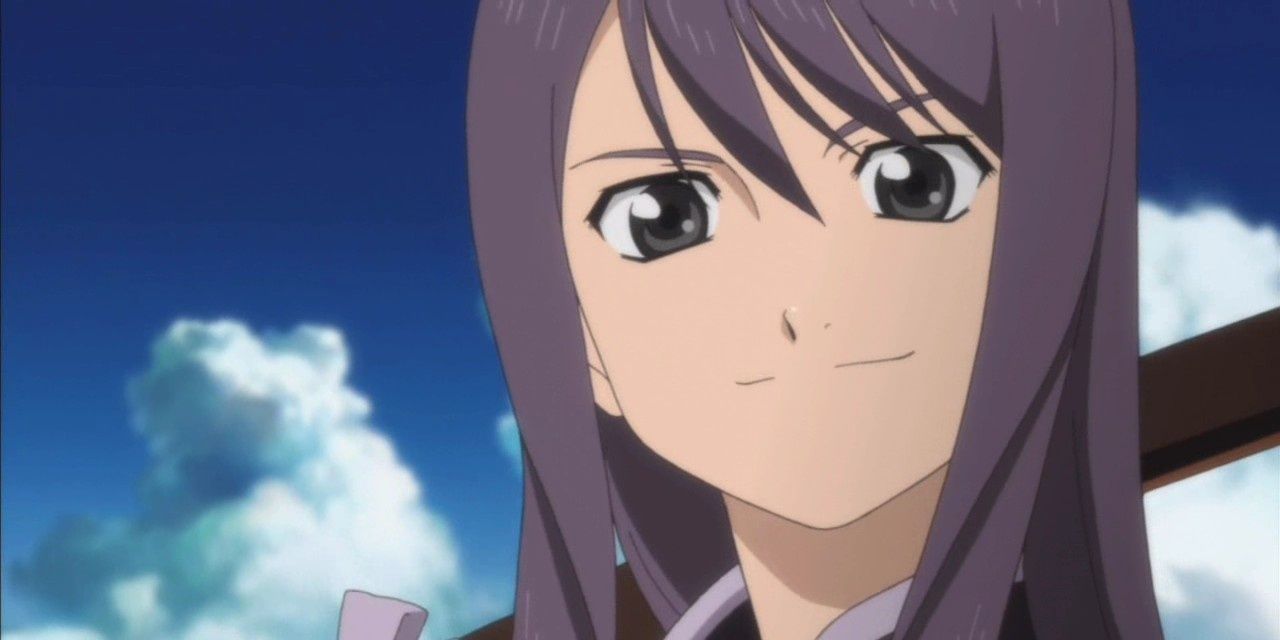 Despite the game featuring plenty of dark moments, Tales of Vesperia is filled with heartwarming moments. One of the best comes fairly early on in the game when Yuri and Estelle first make it out of the castle.

In a cute little moment, Yuri goes for a high-five after their success, and the sheltered princess has absolutely no clue what to do. Instead of slapping some skin, she winds up giving his palm a little boop with her finger, leaving Yuri, and probably everyone playing the game at that moment, in stitches.

2/10 The Love Triangle – Tales Of Symphonia: Dawn Of The New World 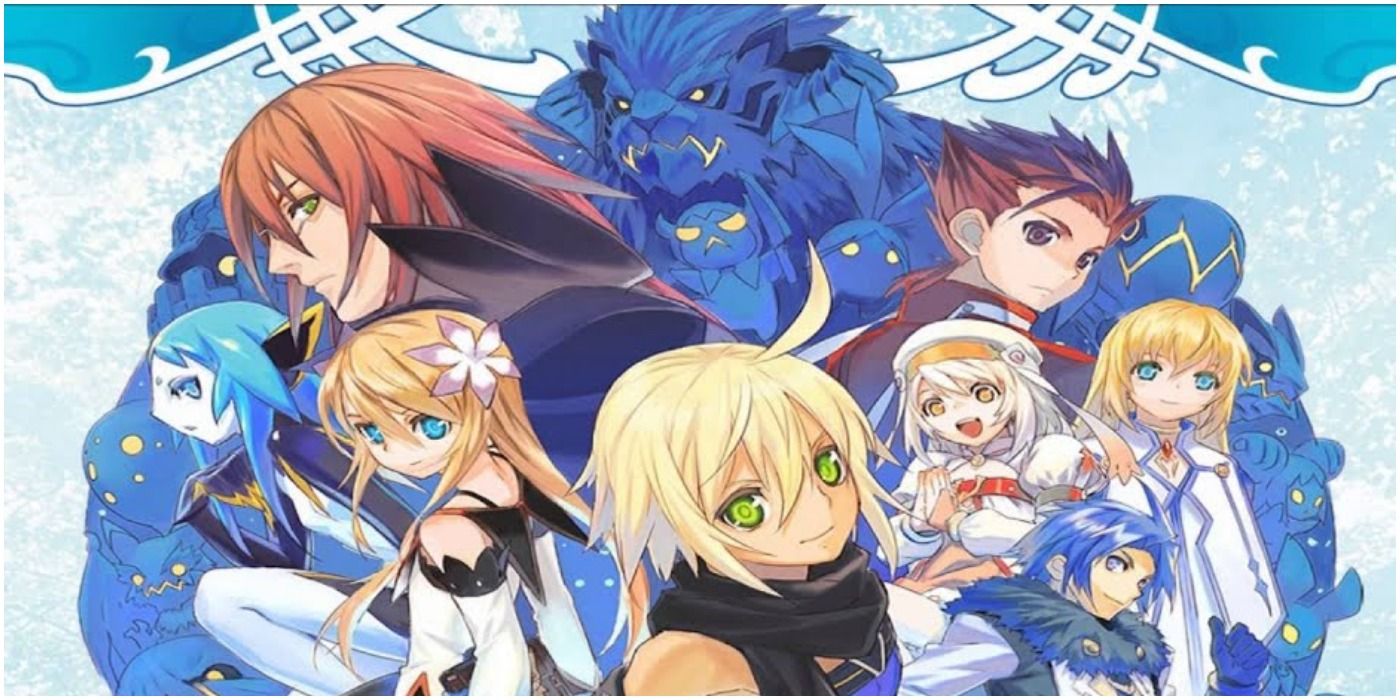 While fans of the series do seem to be a bit split on Tales of Symphonia: Dawn of the New World, it’s hard to say that the relationship between Marta and Emil isn’t heartwarming. Their hilarious dynamic is thrown for a loop quite early in the game when Colette ends up joining them.

Just about every skit featuring the group at that point is comedy gold. Marta’s jealousy of Colette knows no bounds, and she is happy to make that clear as often as possible. Poor Emil is just caught in the crossfire, and of course, Tenebrae is around to make things even worse as much as he can. 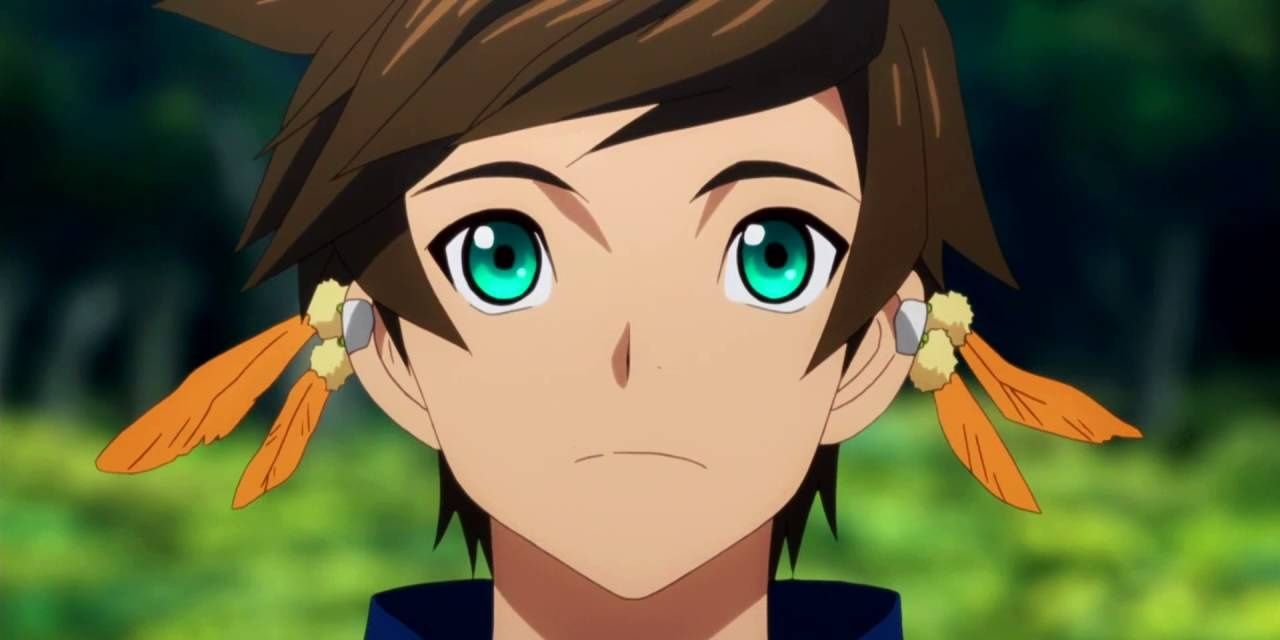 At some point in almost every Tales game, there comes a moment where the characters have to trick someone or sneak into some place. That exact thing occurs in Tales of Zestiria, something that forces Sorey and Rose to act like a married couple for a brief scene.

The hilarity kicks off when the always slightly spacey Lailah interjects in confusion. Of course, Sorey is a terrible (and hilarious) liar, so Edna, Mikleo, and the others step in to puppet Sorey’s limbs. The scene is worth searching out for any fans of the series who haven’t experienced it.