In 2012, Square Enix released a game called Bravely Default for the Nintendo 3DS. Harkening back to the truly classic JRPGs of old, it was a spiritual successor to the DS’s Final Fantasy: The 4 Heroes of Light. Bravely Default exceeded Square Enix’s expectations, proving to the company that there was demand for traditional, turn-based JRPGs with classic story beats and refreshed mechanics.

Now, eight years later, Bravely Default 2 is scheduled to release on the Nintendo Switch in February 2021. The series owes a great deal to its roots, and has developed its own history nearly a decade in the making. Before it launches, there are many fantastic genre entries to keep fans occupied while they wait for the next entry in this remarkable series. 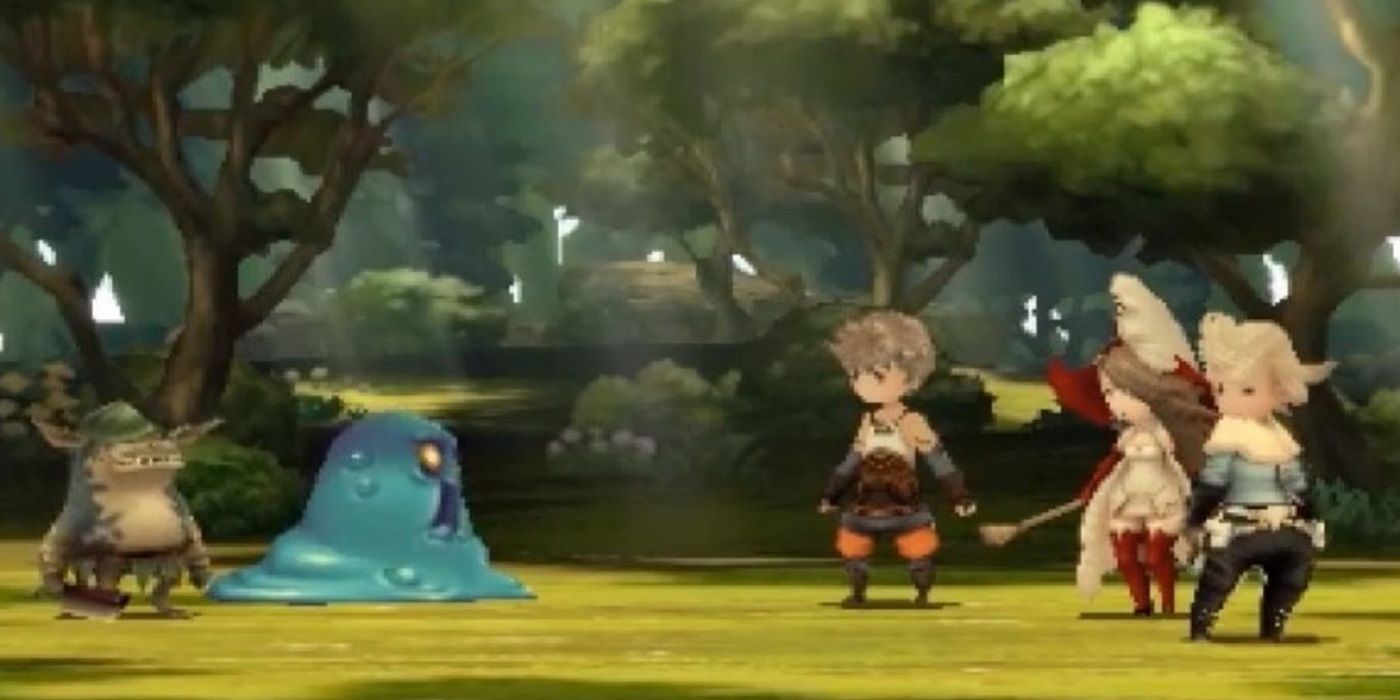 The first two Bravely games go hand in hand. If fans haven’t played the original Bravely Default or its direct sequel Bravely Second, now is the best time to do it.

It’s unlikely that fans haven’t played the original Bravely Default. However, bear in mind that, being a follow-up, the story continues in Bravely Second. As such, players can expect more of the same: exciting turn-based combat, an expansive job system, a wonderful soundtrack and a cast of charming characters, all illustrated in a warm and vivid art style. Both these games are loveable gems and essential additions to any JRPG fan’s 3DS library. 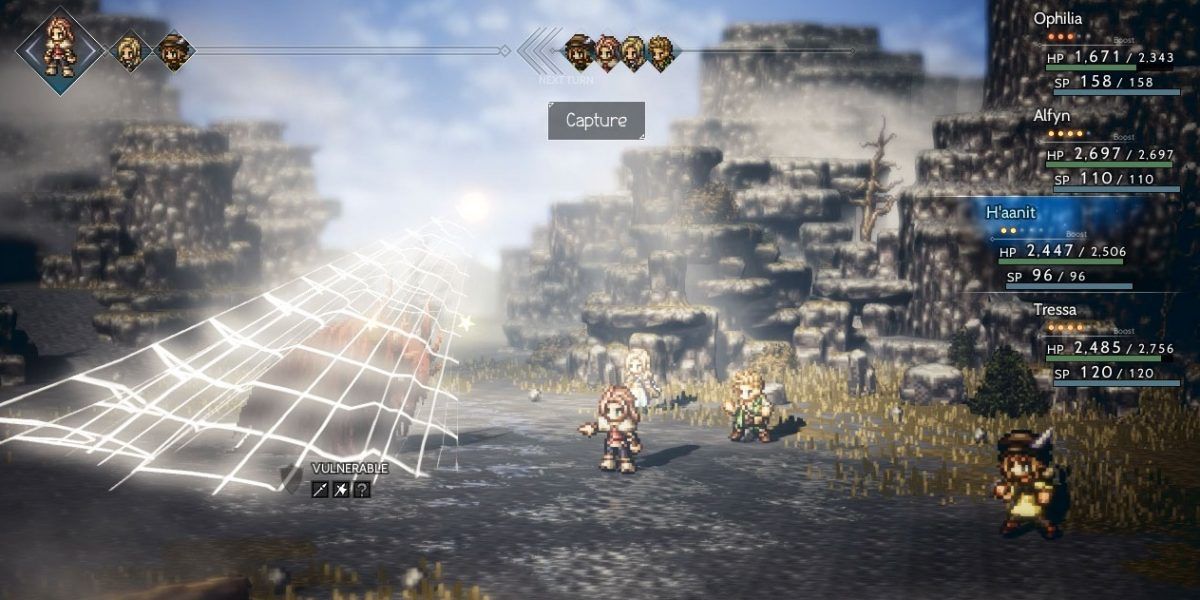 With these eight characters, each with their own unique story and an endless combination of jobs, equipment, and skills to upgrade, the game keeps things fresh and interesting. Paired with gorgeous, retro inspired visuals, a sweeping soundtrack, and fun combat system, Octopath is a refreshing take on the turn-based JRPG genre. 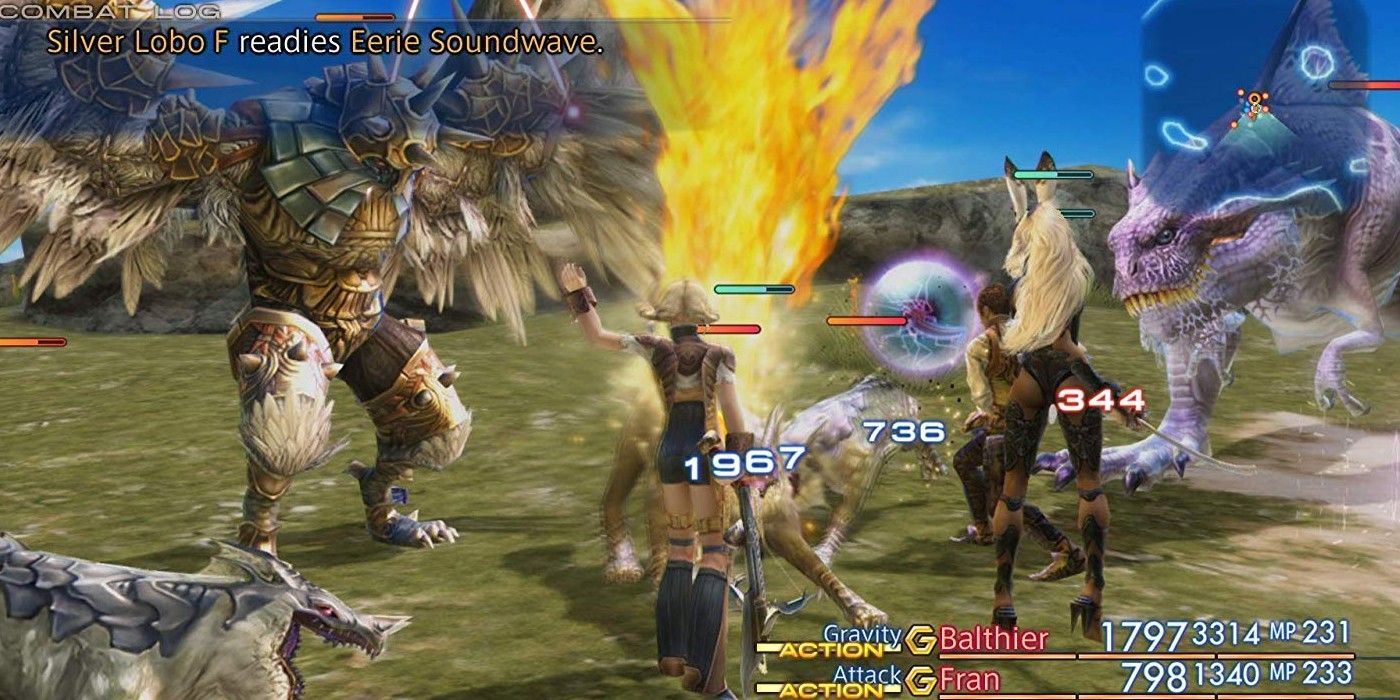 When thinking of JRPGs, the Final Fantasy franchise tends to be the first that comes to mind for most people. This series has left a profound impact on the JRPG genre, and the Bravely series is an offshoot of the Final Fantasy series. It shouldn’t be surprising that the two series share things in common, then.

Take, for example, Final Fantasy XII: The Zodiac Age. Originally released for the PlayStation 2 and now given a modern makeover, this game takes place in a fantastical, science fiction fantasy setting. The music is as grand as fans would expect from a Final Fantasy title, but besides that, the remaster features a job system that lets players build powerful characters flexibly. Another unique feature of this game is the Gambit system, allowing for a unique, almost programmable sort of combat that may feel familiar to MMO players. 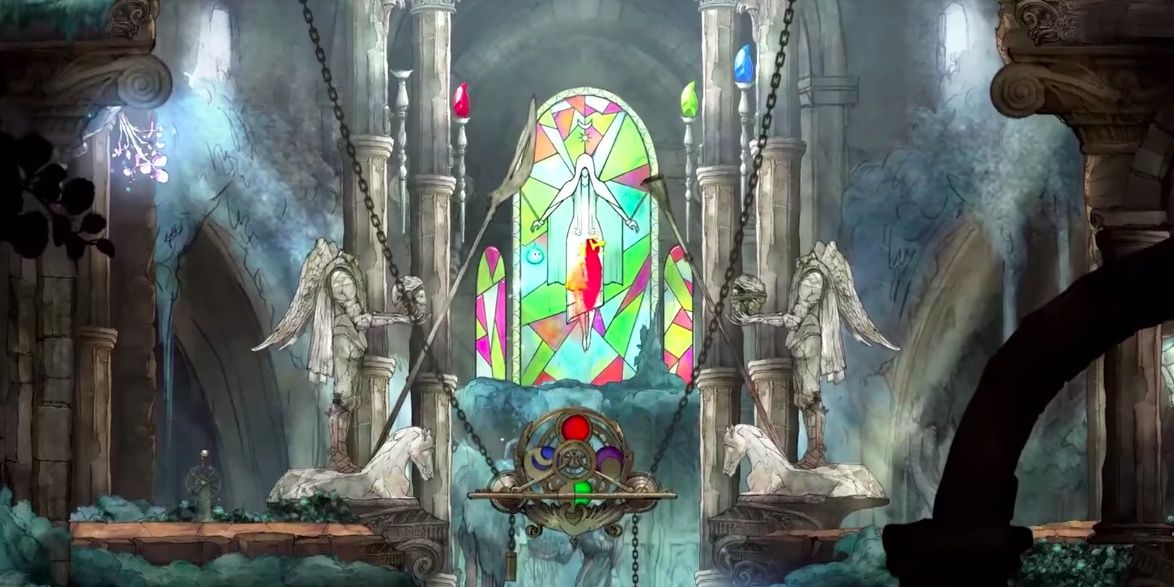 Fans of whimsical, beautiful and artistic games will love this title. Developed by Ubisoft Montreal, Child of Light is a roleplaying and 2D platforming game, available on multiple systems including PC and consoles. Players explore the game’s world as Aurora, a princess working to find her way home. Along the way, she meets charming characters who join her party, all while speaking in rhyme, making for an entertaining script.

The combat system is unique and punchy, with an optional co-op twist. The overall system is similar to the Active Time Battles found in Final Fantasy games, but with a mechanic that allows well-timed moves to interrupt enemy turns (letting the player string together a ceaseless barrage of attacks and spells). Characters can be switched out in between and during fights, adding to the strategy, and the character of Igniculus can be used by a second player to slow down enemy attacks mid-battle. 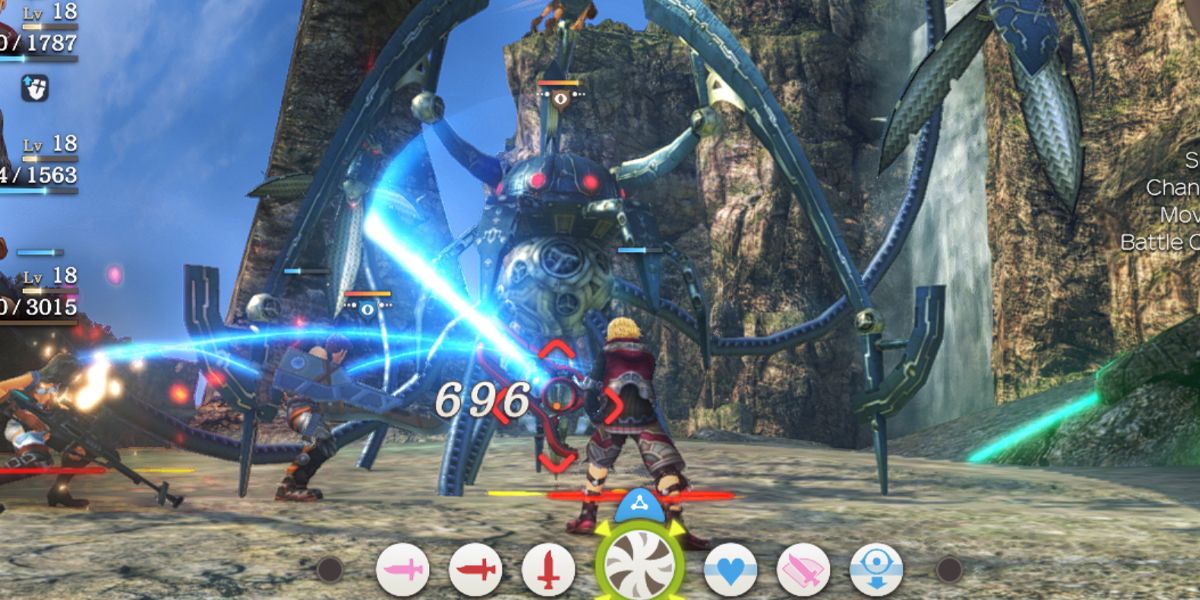 Nintendo re-released Xenoblade Chronicles on the Switch in the form of a Definitive Edition earlier this year, a brilliant encore for a wonderful RPG. Where Bravely Default left an impact with its unique Brave/Default system, Xenoblade Chronicles combines an Active Time battle system with free movement around the enemy.

The game is widely praised for its unique setting, beautiful and expansive environments on the backs of two giant titans, immersing players in a science fiction fantasy world that doesn’t get tiring, even after a hundred hours of exploration. The Definitive Edition also includes an epilogue segment not available in the original game, exploring future directions for the series. 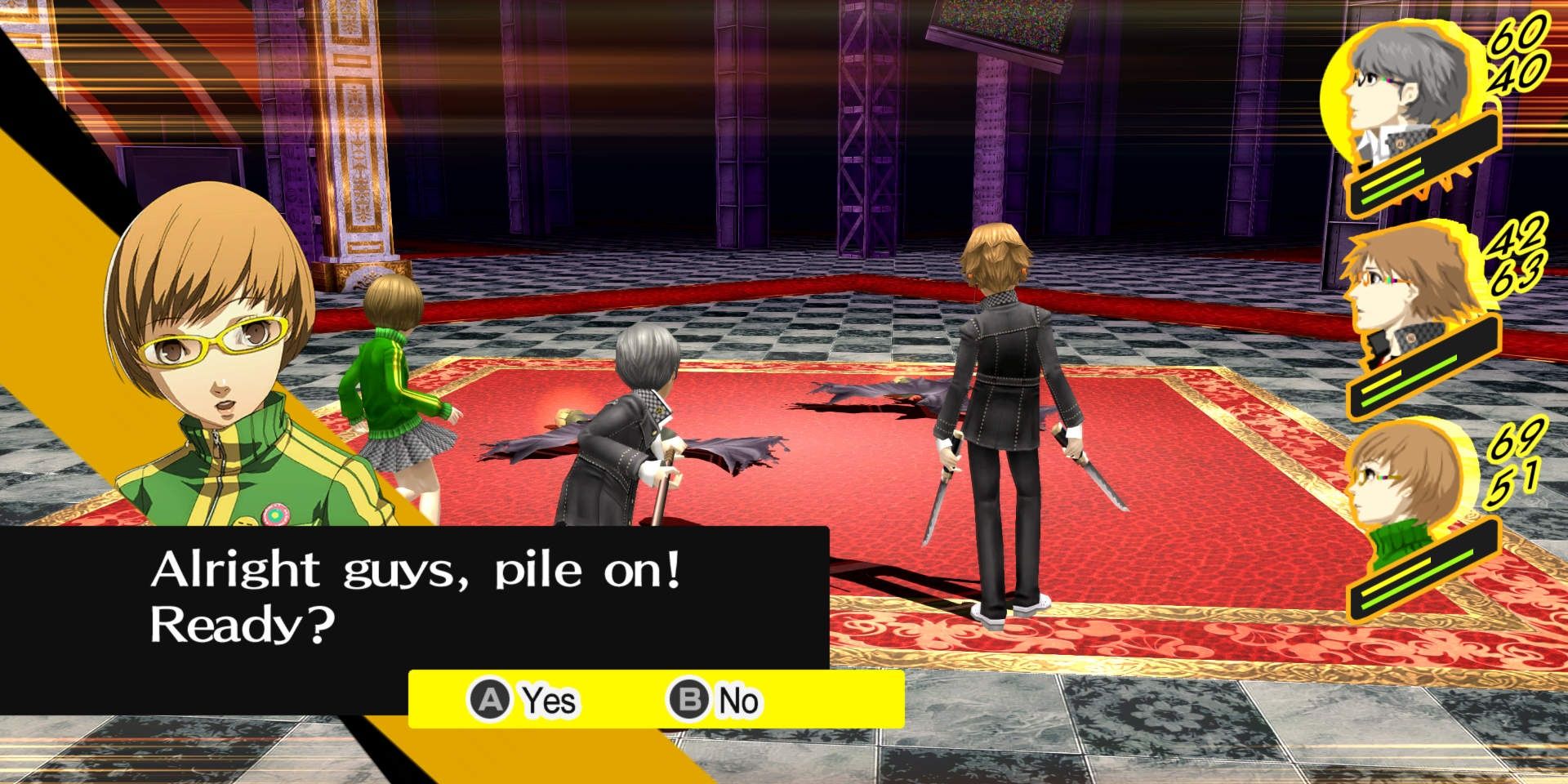 Atlus’ hit Persona 5 made waves across the world, bringing the series to a new level of awareness in gaming circles. The company recently released Persona 4 Golden (an enhanced version of the game previously only available on the PlayStation Vita) on PC, making the game much more accessible for fans of the series.

Persona 4 Golden takes place in a small town with a poppy soundtrack in the background. The cast of the game is as fans would come to expect: unique and lively characters with a resounding reality to them. Persona 4 Golden knows exactly how to make the mood work, establishing yet another setting that players can’t help but fall in love with. 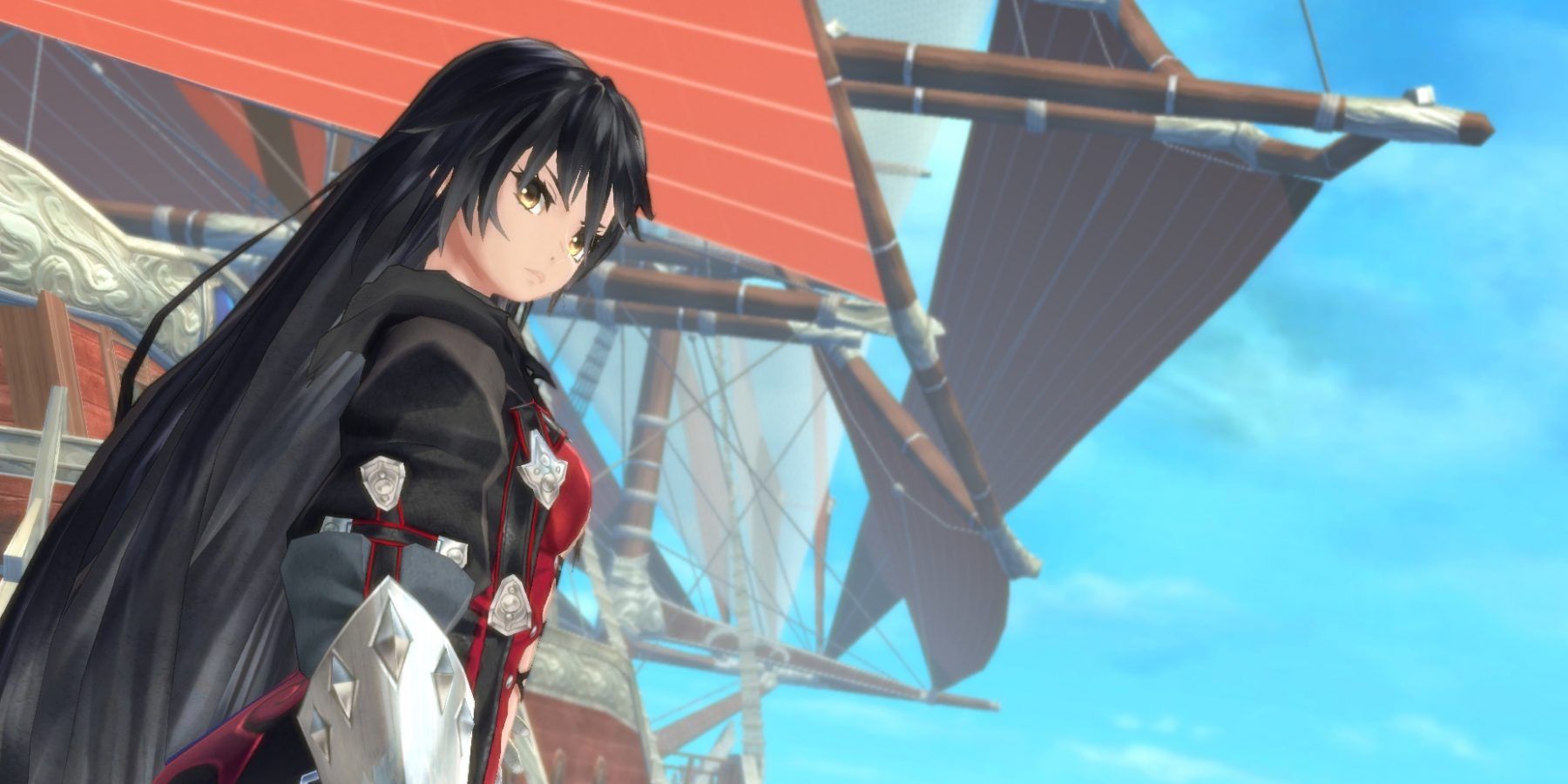 The Tales series is massive in Japan, standing alongside iconic JRPG series such as Final Fantasy and Dragon Quest. Tales of Berseria is unique and may attract a Bravely fan for its spin on the classic Tales combat system.

In Tales of Berseria, Velvet and her party of morally grey characters travel the world on a quest of vengeance, but no expense is spared when it comes to the character writing and gameplay. Every enemy encounter turns into a chaotic beat-em-up where players can customize their combos, Artes, and party strategy. It’s easy to pick up and enjoy but difficult to master, rewarding dedicated players with higher combat rankings. 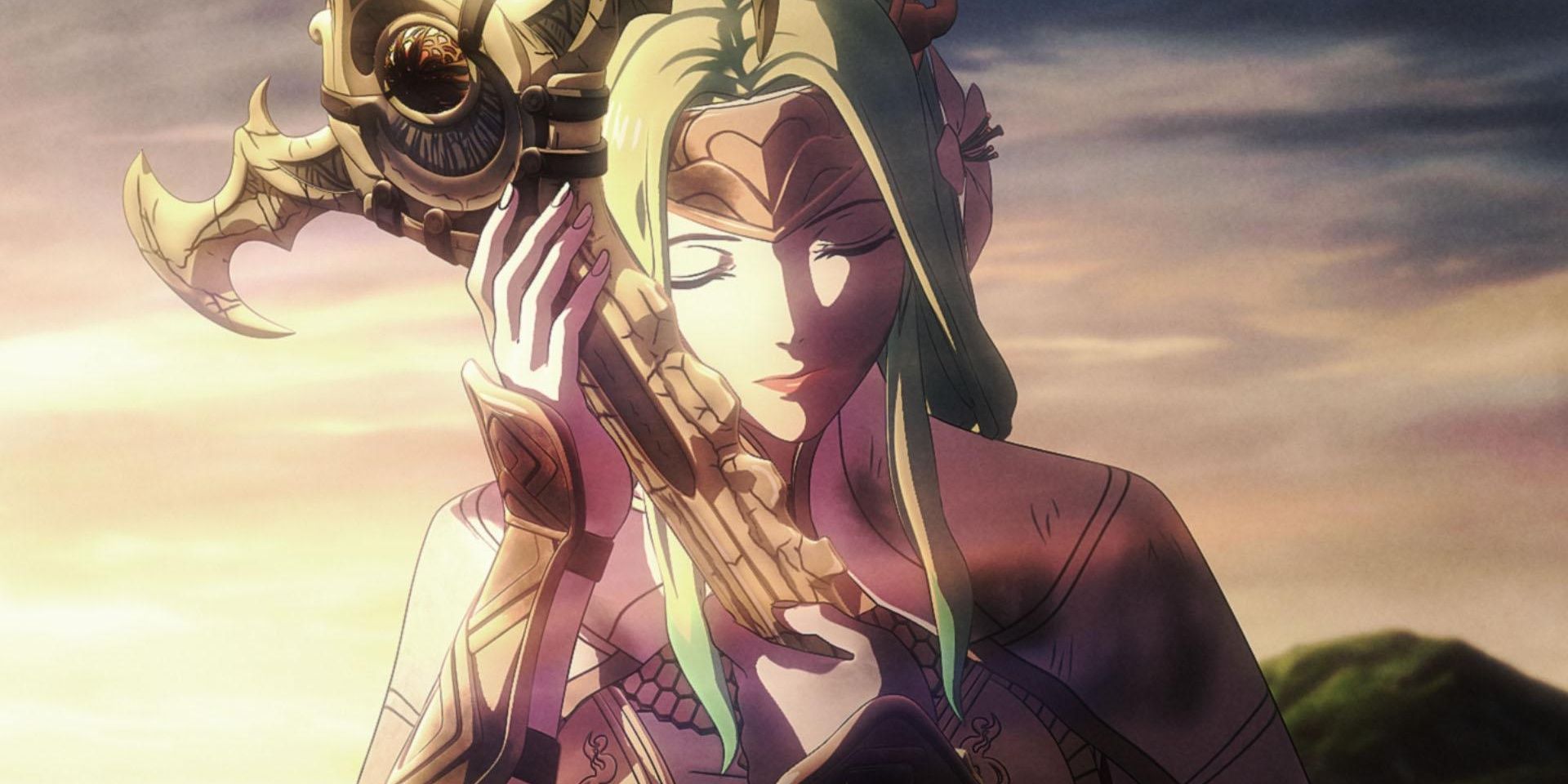 The venerable Fire Emblem’s outings on the Nintendo 3DS weren’t short of ambition, and this energy lives on in the most recent game in the series, Fire Emblem Three Houses. This Nintendo Switch sensation is a game that deals with themes of war and conflict, life and hope.

This strategy RPG packs a lot of adventure and emotion into a portable package, with a rousing soundtrack and three story paths. With a diverse cast of units to recruit and build your army with and an epic fantasy political story to play through, there’s a lot to love in this formidable strategy game. 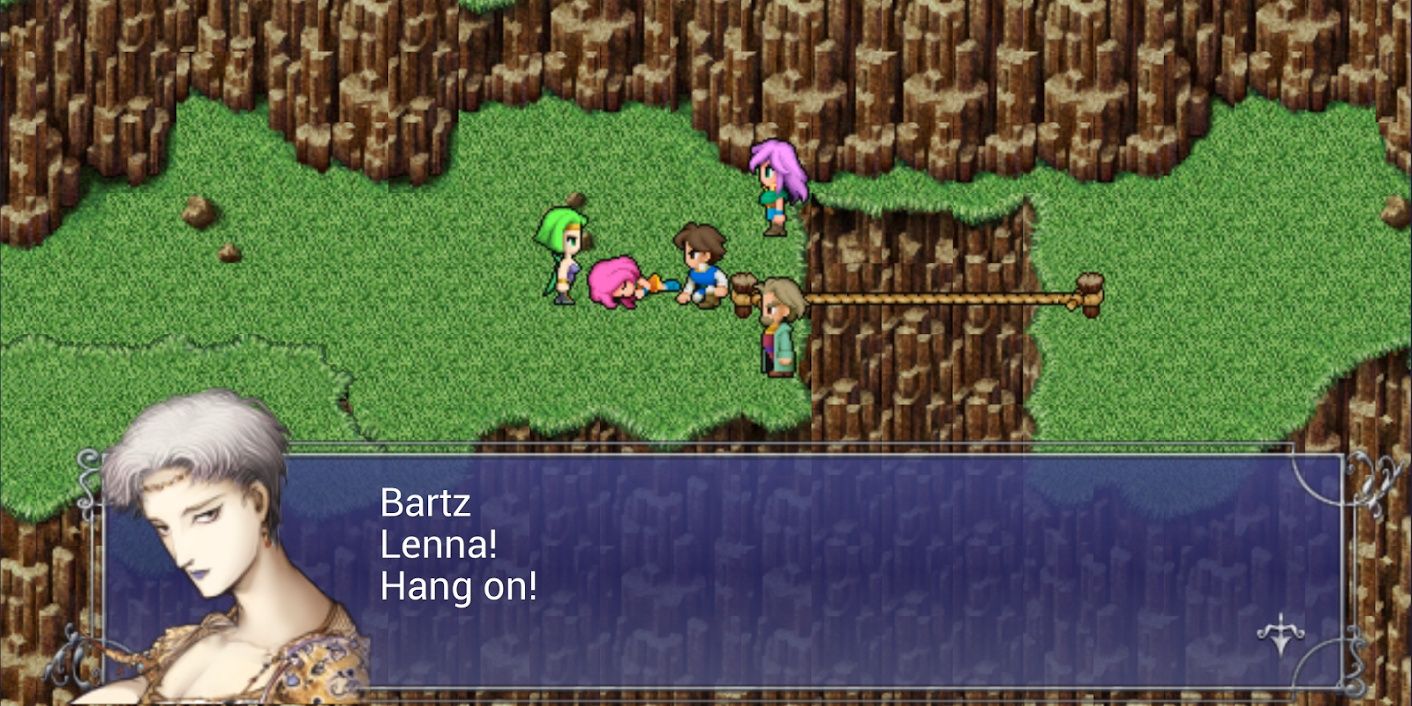 Another game that forms the roots of everything that built the Bravely series, Final Fantasy V has all the trappings of a classic JRPG. Complete with a loveable party including a pirate captain, a princess, and a charming old man, it’s hard not to feel like you’re adventuring with family.

The story revolves around preventing the crucial elemental crystals from being destroyed. It’s a typical story, but that doesn’t take away from its wonderful writing and music. Most importantly, Final Fantasy V is known for its expansive job system. Players will find many similarities between the jobs here and those found in the Bravely series (as well as future Final Fantasy games). 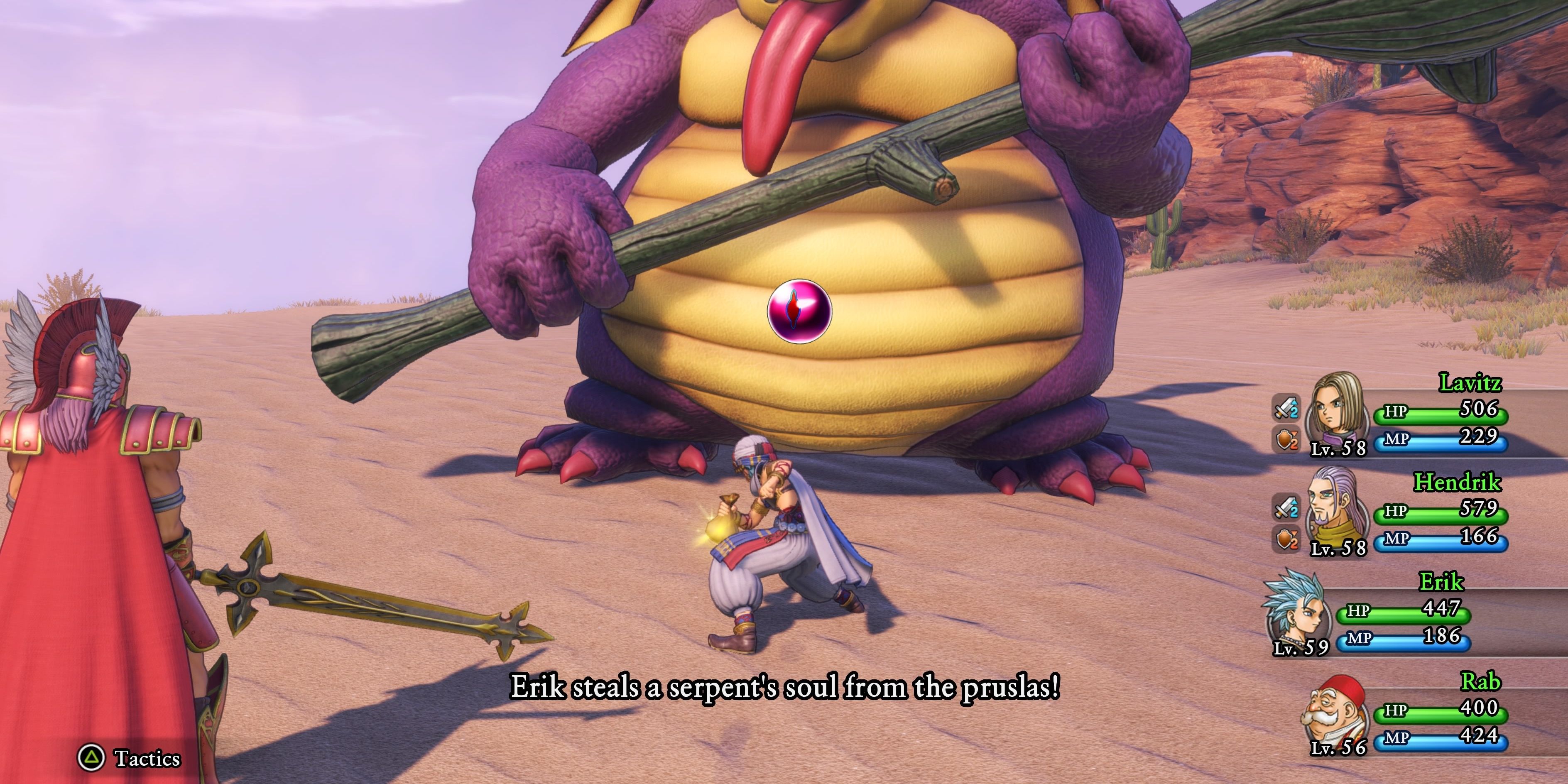 Dragon Quest is another of the big JRPG series that’s made waves worldwide. The most recent installment in the series, Dragon Quest XI, is widely considered to the best one yet, and with good reason. The voice acting and characters in the game are phenomenal and, once again, players will find themselves attached to the world and its inhabitants.

The game plays like a beautiful but traditional turn-based JRPG, with the plot involving a chosen hero battling to save the world. Bravely fans will enjoy this game for its marvelous soundtrack, beautiful environments and snappy, turn-based combat system that simply hasn’t gone out of style. 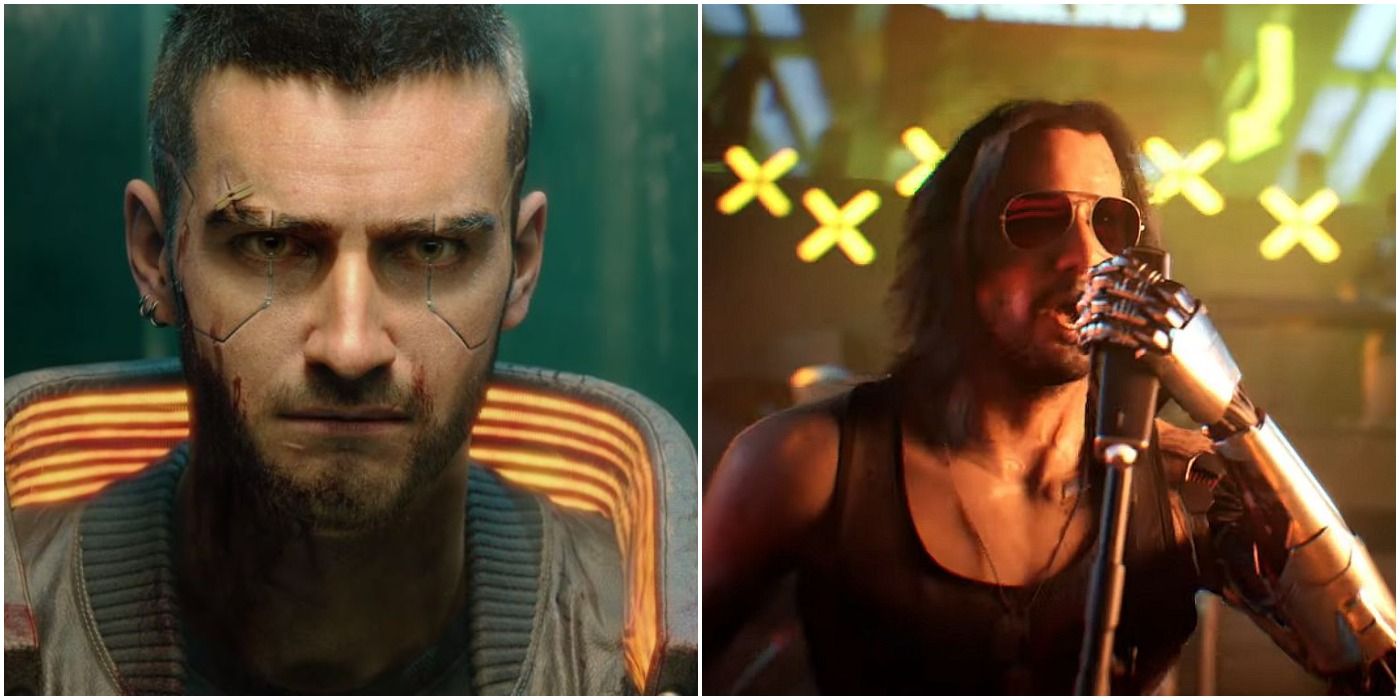 Amelia Summers is a researcher, writer, and artist based in Toronto, Canada. In the past, she has written for Gnome Stew and now works as a writer for TheGamer.