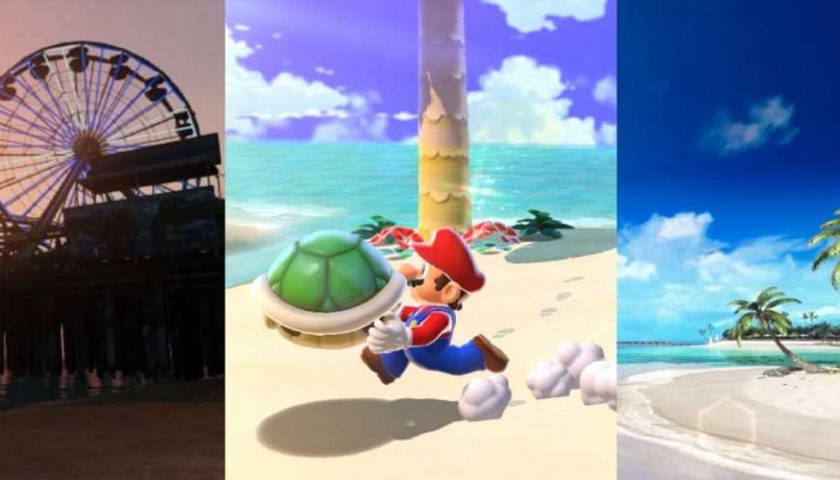 Playing video games can be stressful. After a long day of being crushed repeatedly before enjoying eventual success in Elden Ring or other taxing titles, you'll need some time to relax. For many people, the ultimate relaxation fantasy is kicking back on a beach and stretching out under an umbrella, enjoying the sounds of the waves with a nice cool drink in your hands.

Between the pesky sand and sunburn risk, however, real-life beaches aren't always everything they're cracked up to be. The safest way to enjoy the coast is by staying indoors and checking out the best beaches that video games have to offer. 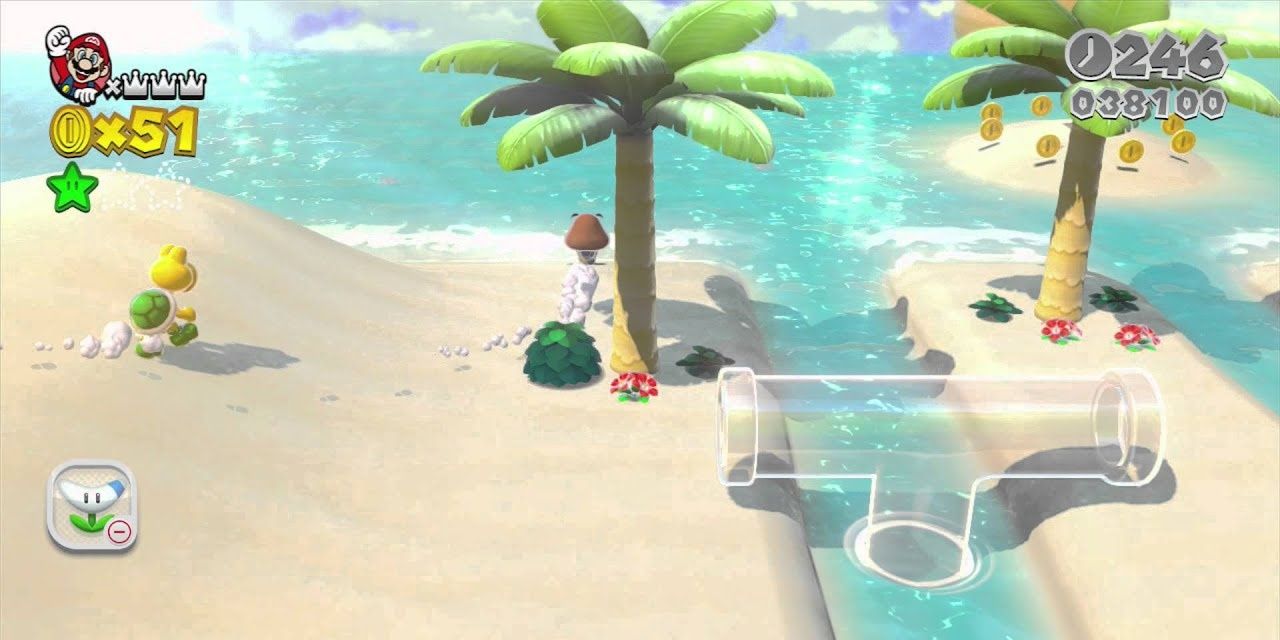 When fans talk about beaches in the Super Mario series, they'll often mention Isle Delfino from Super Mario Sunshine. One of the most underrated beaches, however, is Sunshine Seaside from Super Mario 3D World (a game that also boasts some fantastic power-ups). While a lot of the levels in 3D World are fairly linear, Sunshine Seaside's beginning is much more open, with five key coins that can be grabbed in any order.

This gives the level a much calmer feeling compared to the others. Plus, it has lots of fun things to offer, like giant baseballs, goombas in inner tubes, and awesome sand sculptures. In a game that can be filled with multiplayer chaos, Sunshine Seaside is joyously serene.

9 The Beginning Of Rude Awakening: Crash Bandicoot 4: It's About Time 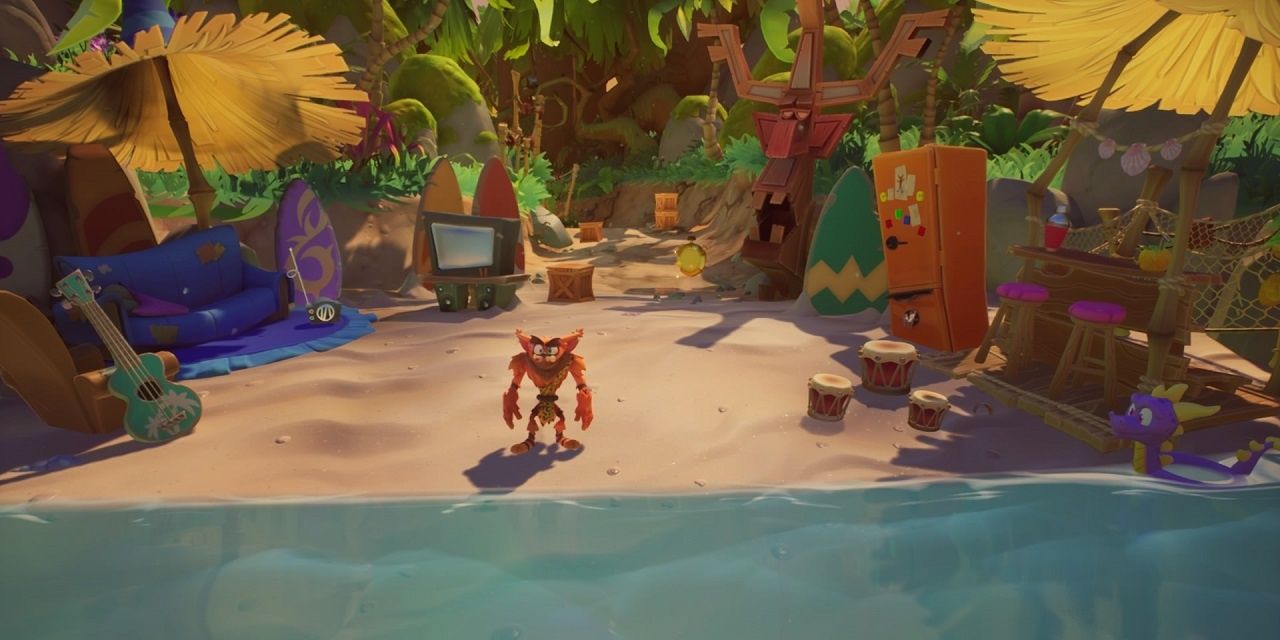 The first level of Crash Bandicoot 4: It's About Time, Rude Awakening, serves as a fantastic intro to the game, boasting that classic Crash Bandicoot gameplay and a bunch of secrets. However, if you're looking to find a nice place to chill, nothing seems more relaxing than the very beginning.

It has everything you'd ever need to relax: musical instruments, a couch under an umbrella, a well-stocked fridge, a TV, and a Spyro the Dragon floatie. Sure, you can go deep into the jungle to travel through space and time and save the world, or you can just crash at that sweet spot on the beach and let all that figure itself out. It won't, naturally, but it's a tempting thought. 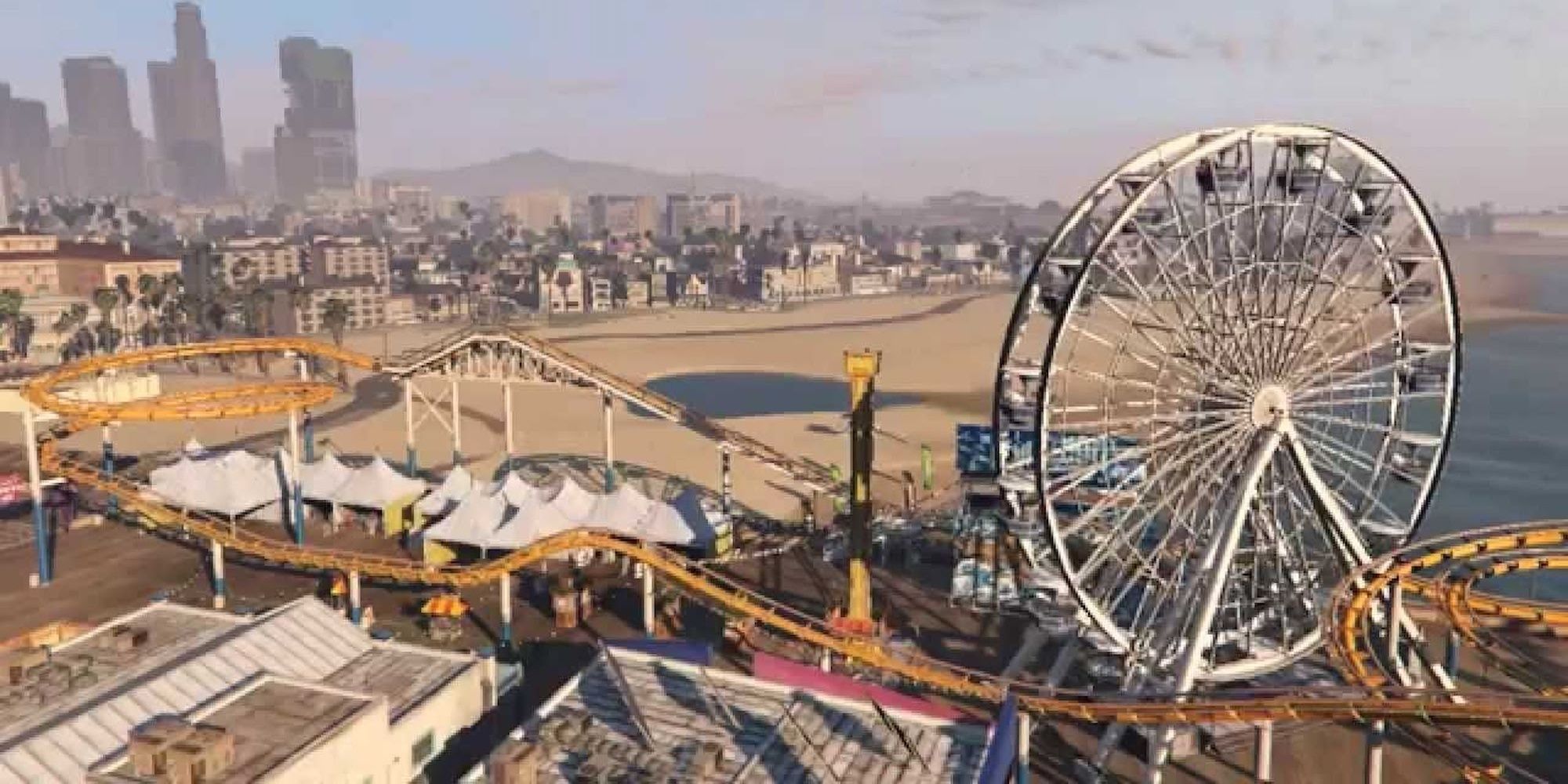 A thriving destination for fun-seekers and excited visitors, Del Perro Beach from Grand Theft Auto 5 perfectly captures the energy of a day trip in this sun-blessed region. Based on the Santa Monica Pier, Del Perro Beach features a whole boardwalk, with a Ferris Wheel, roller coaster, and plenty of games. It encapsulates all the fun that can be had in the game's vast open world.

Del Perro Beach is one of the most entertaining spots in the city. If you have a day and just want to get away from it all, you won't be disappointed. 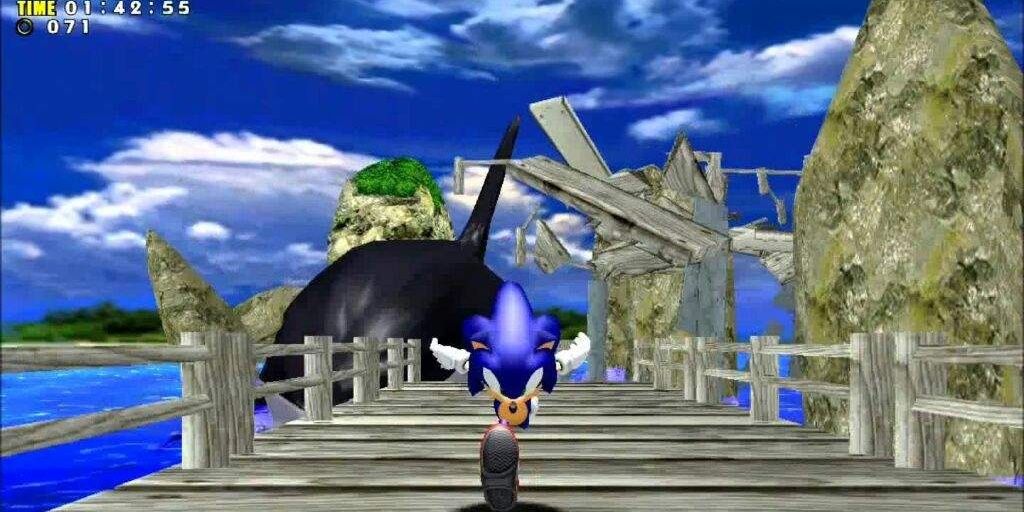 The Sonic the Hedgehog series is all about going fast, but even the blue blur's super speed can't distract you from the beauty of Emerald Coast. A classic Sonic Adventure level (the series has offered some wonderful ones), Emerald Coast sends you dashing across docks and loops, seeing incredible sights like a lighthouse and an orca that is trying to eat you alive along the way. While this orca chase was attempted again in Sonic '06, it did not capture the same relaxed-yet-deadly energy from the Dreamcast original.

Most beaches will just have sand crabs and seagulls. Emerald Coast will give you an animal experience you'll never forget. 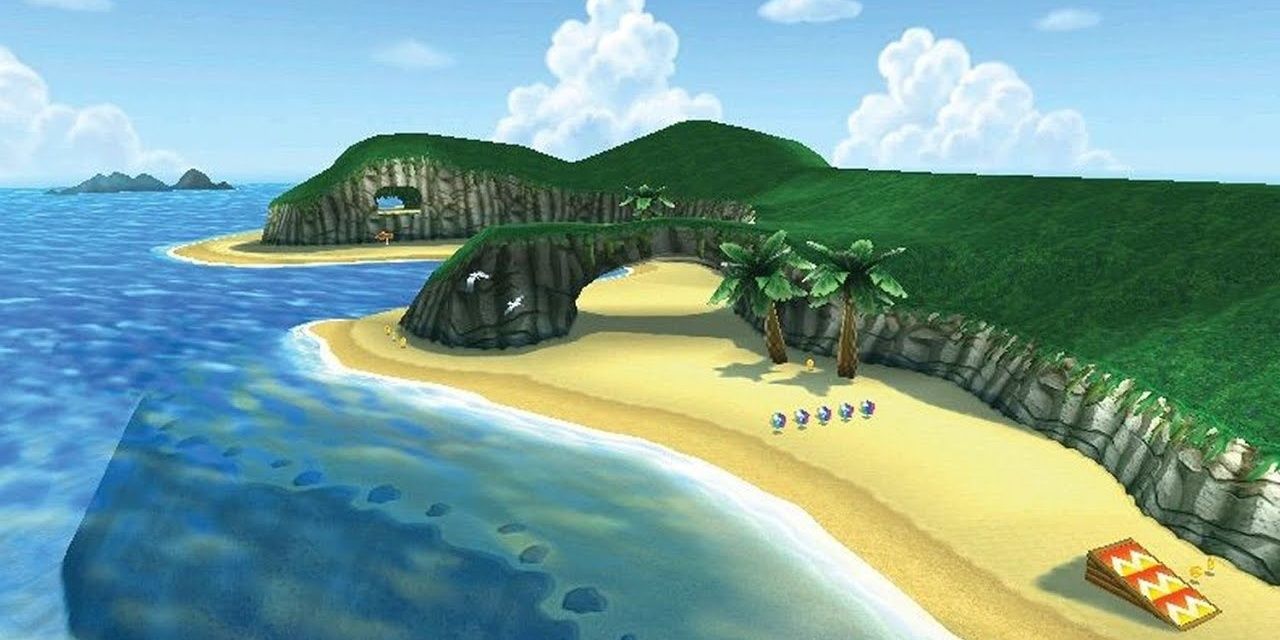 Koopa Troopa Beach is one of the most beloved tracks of Mario Kart 64. Where other tracks try to be loud and intense (the Mario Kart 8 Delxue Booster Course tracks try to recreate some of that chaotic fun), Koopa Troopa Beach has a calm and serene feeling to it. There are barely any obstacles and the shortcuts are unique, especially the one where you take the ramp through a cave and out through a waterfall.

It feels less like a race and more like a gathering of friends reveling in the atmosphere in their cars. If you don't mind the roar of the engine or the smell of gasoline, then Koopa Troopa Beach is for you. 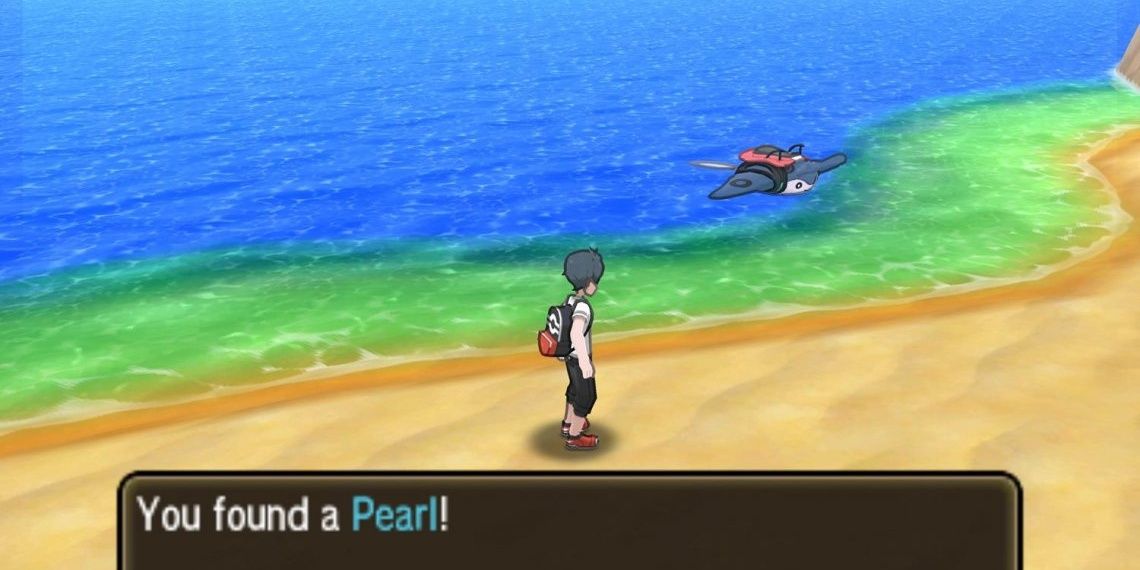 Some of the most beautiful beaches in the world are located in Hawaii. When Game Freak set the seventh generation of Pokemon games in the Hawaiian-based Alola region, then, it was obvious that the surroundings were going to be wonderful.

Genuinely, you'd be hard-pressed to choose any of the beaches from Pokemon Sun and Moon (or Ultra Sun and Ultra Moon) as the best one. Each one offers something completely different. From Mantine surfing at Big Wave Beach to relaxing at the Hano Grand Resort, it's impossible to have a bad time in the Alola region. 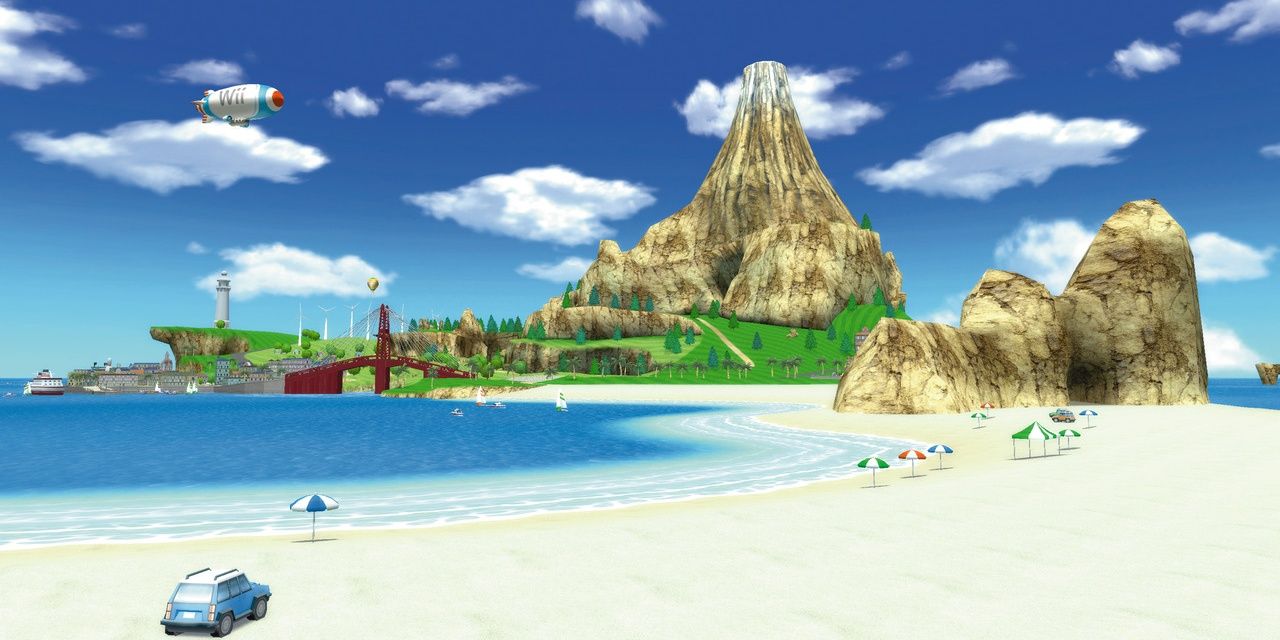 One of the best parts of vacationing at the beach is that there are so many activities on offer. This is the benefit of visiting a resort, and Wuhu Island represents that perfectly. The setting of Wii Sports Resort boasts so many possibilities that it's almost overwhelming. You can go canoeing, wakeboarding, power cruising, play table tennis, or even enjoy a Flyover covering the entire island. That's just half of the activities offered.

All of this is made even better by being on such a beautiful island. While it may seem that you'll be doing too much to actually enjoy the stunning locale of Wuhu Island, you'll probably be having too much fun to really care. 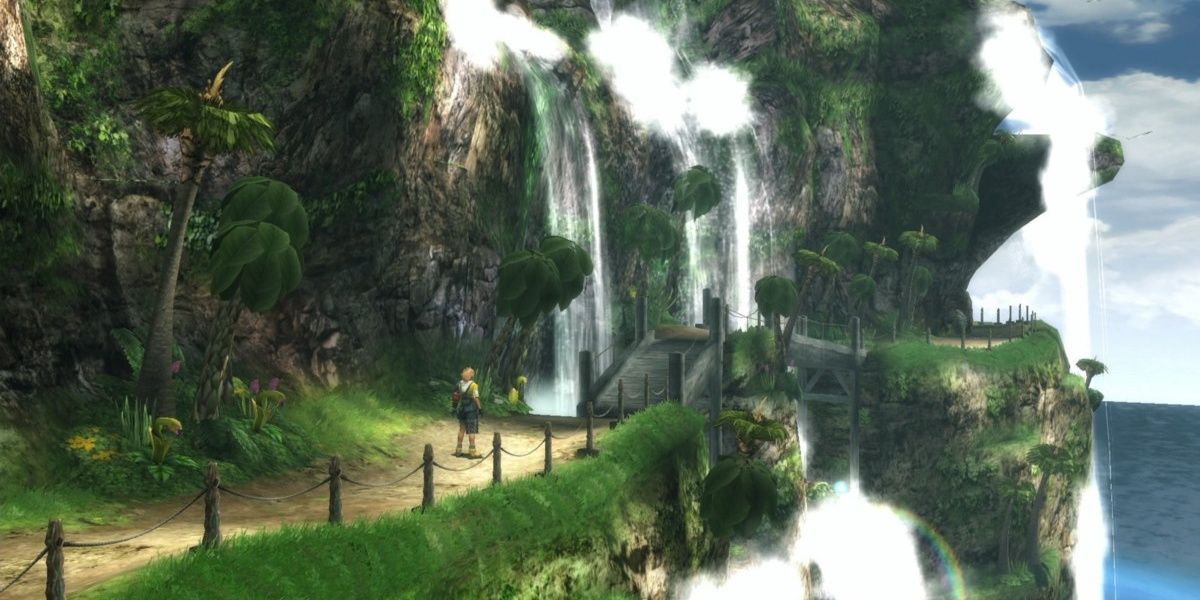 While it is important to have things to do, sometimes a person just needs to relax. Besaid is the perfect place to do this. Originating from Final Fantasy 10, Besaid is the epitome of a peaceful paradise, consisting of a small village, gorgeous greenery, and numerous waterfalls. While there isn't too much to do here, it is more than enough to just enjoy the scenery and landscape.

This is still one of the most breathtaking video game beaches out there. Whether you just battled Sin for the second time or you're stressed out from work, Besaid is the perfect place to recoup for the enigmatic Tidus and friends. 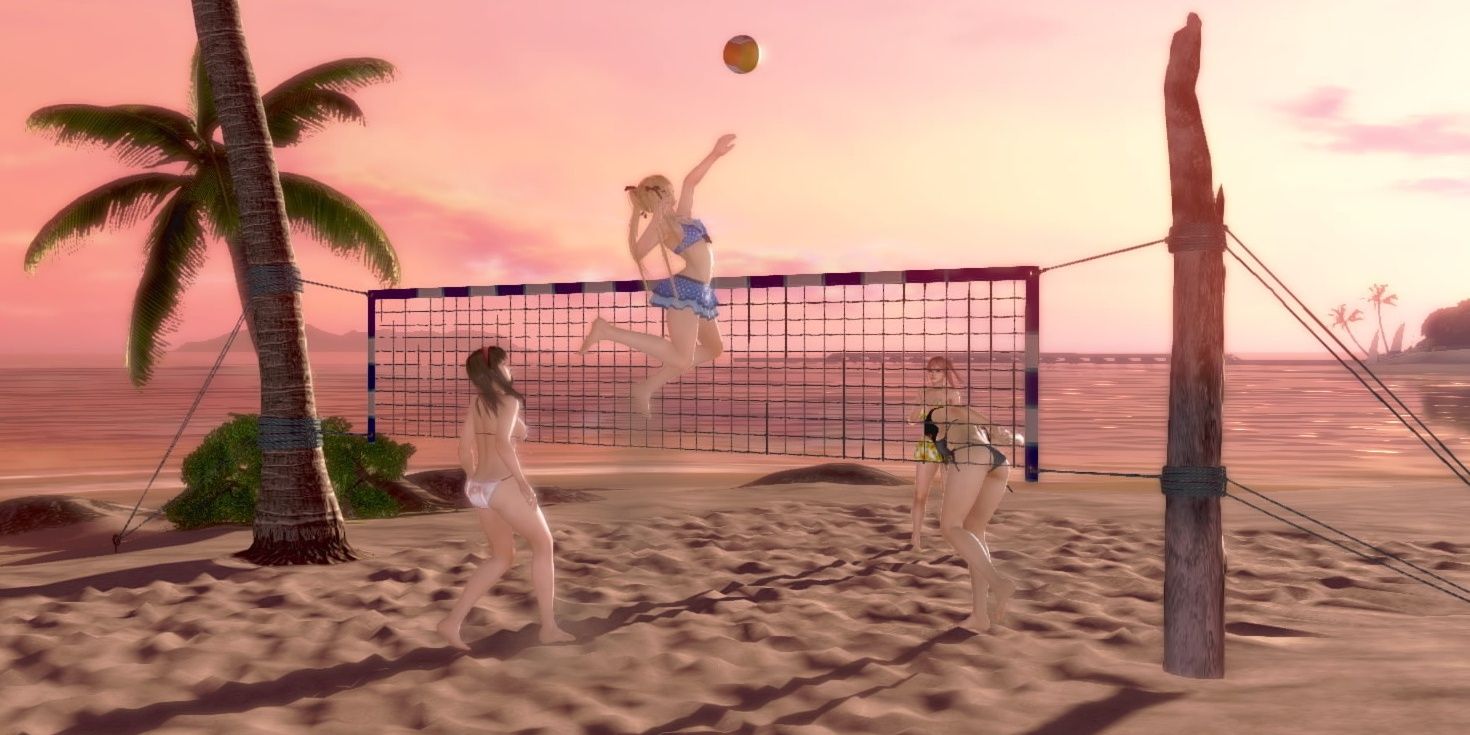 Zack from the Dead or Alive series may be a troublesome figure, but he certainly knows how to have a good time. This is especially evident when you visit his pet project: New Zack Island. After his first island was destroyed by a volcano, New Zack Island became the perfect resort for the denizens of Dead or Alive, featuring volleyball and all manner of fun activities besides.

The Dead or Alive Xtreme spinoffs may not be the best titles the series has to offer, but what is certain is that New Zack Island is one of its most striking, sun-kissed settings. 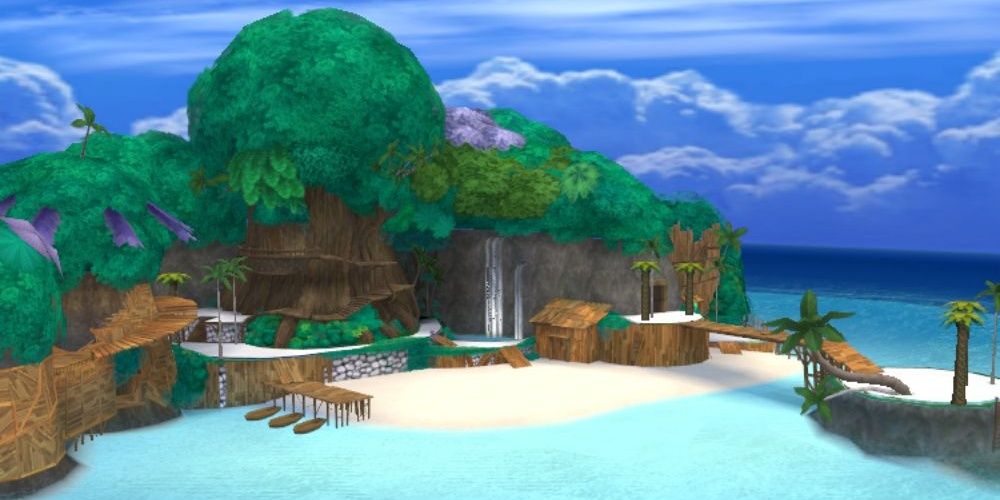 One of the most underrated attractions at Disneyland is Tom Sawyer Island. While it isn't as fancy as the rest of the park, it allows kids to run around a fort and play using their imaginations. Nothing encapsulates that spirit better than Destiny Islands from Kingdom Hearts. Here you can battle friends with wooden swords, gather materials for a raft, and explore mysterious caves.

All the buildings look like they've been hand built with whatever wood has washed ashore, giving them a great amateur feel. While none of the Disney magic had really happened at this point, Destiny Island captures the same charm and precocious energy. A lot of these beaches may be prettier or offer more to do, but none of them make you smile quite as much as Destiny Islands.