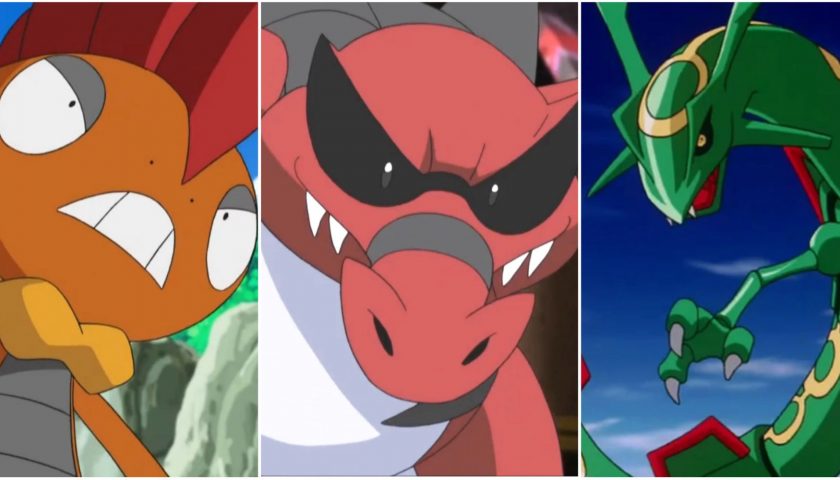 Reptiles come in lots of different shapes, colors, and species, including snakes, crocodiles, lizards, turtles and many more. The main characteristics of reptiles are that they are vertebrates, cold-blooded, and covered in scales – features that reptilian Pokemon share with their real-world counterparts.

The Pokemon designers clearly researched specific reptile species when making these Pokemon, as many of them directly reference real-world reptiles, from their appearances to their behavior. If you’re looking to start a reptile-themed team, then these scaly creatures are sure to make it into your party because of their ties to the real animal kingdom and intricate designs that make them stand out from the hundreds of other Pokemon available.

10 Nice To Sea You: Carracosta

Carracosta is one of two fossil Pokemon you can pick in Generation Five, alongside Archeops. As Carracosta is a fossil Pokemon, it makes sense that it has taken inspiration from Archelon, an extinct turtle and the biggest of its kind. Rather than the hard shell of turtles seen today, Archelon had a leather-like appendage on its back – Carracosta has a similar-looking feature, which resembles a life jacket.

One of Carracosta’s other defining characteristics is its strong flippers that have tremendous power behind them, as many of its Pokedex entries speak of its forceful slap. 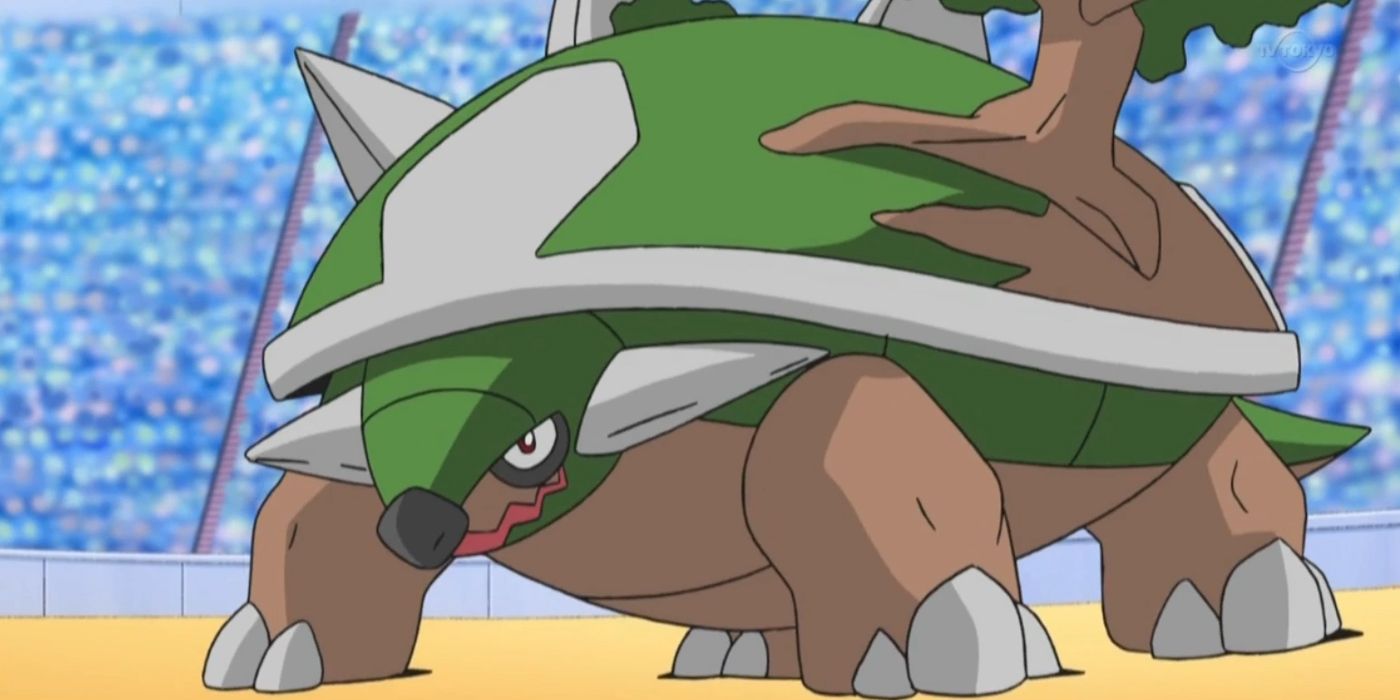 Torterra is a Grass and Ground-type Pokemon and the final evolution of Turtwig, a starter from Generation Four. Torterra is known as the Continent Pokemon because of the forest-like biome on its shell that resembles a grassy landscape. Torterra’s appearance is most likely inspired by the World Turtle, which features in different mythologies around the globe and bears the world’s weight on its back.

Its Pokedex entry in Pokemon HeartGold and SoulSilver says ancient people believed that a huge Torterra “dwelled” beneath the ground, mirroring the real-life mythologies that Torterra is based on. 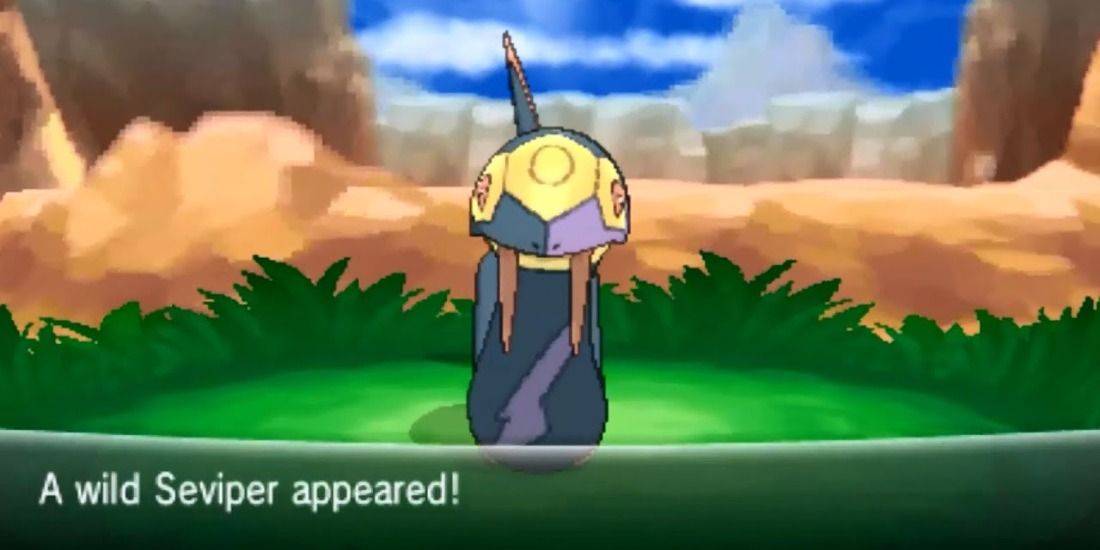 The Fang Snake Pokemon Seviper is a Poison type that looks like a traditional snake, living up to the “viper” in its name. The most notable thing about Seviper is its rivalry with Zangoose, a Pokemon based on mongooses, who it has feuded with for generations.

In the animal kingdom, mongooses and snakes are natural enemies – mongooses hunt snakes and will also fight them in self-defense, while some snakes are known to steal mongoose babies. The hexagonal patterns on Seviper’s skin are also similar to that of various venomous snakes found in Japan. 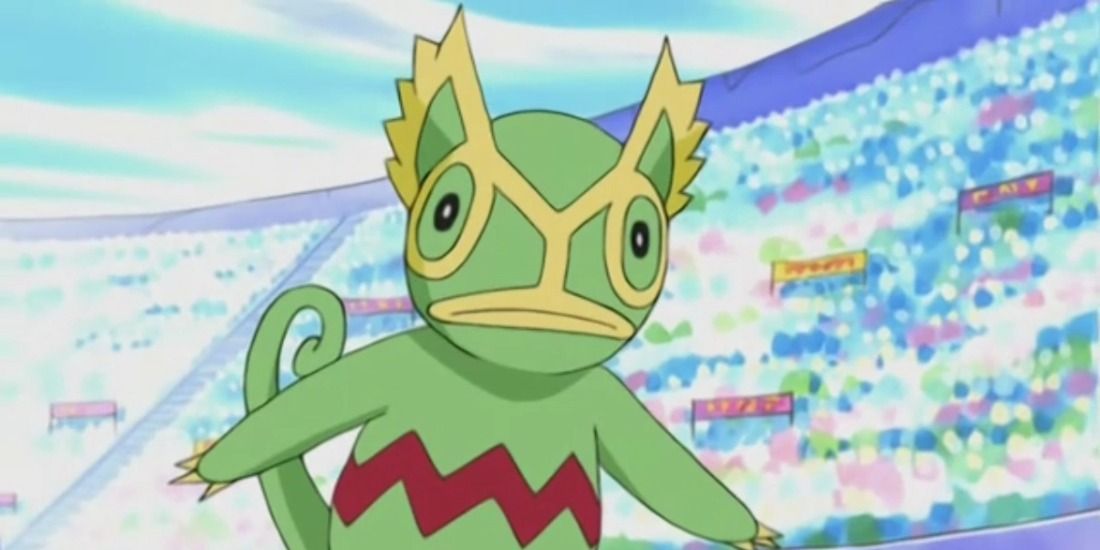 A Generation Three Pokemon, Kecleon is inspired by chameleons, specifically the veiled chameleon. Kecleon has a similar stripe pattern on its face and crests on its head, like this animal does. It's known as the Color Swap Pokemon, referencing the fact that chameleons can change their colors to communicate with others of their species.

In the Pokemon Mystery Dungeon series, Kecleon appears as an NPC that will sell you items in dungeons; however, if you attempt to steal any of its goods, it will attack you, and is nearly impossible to beat. That’s one strong chameleon. 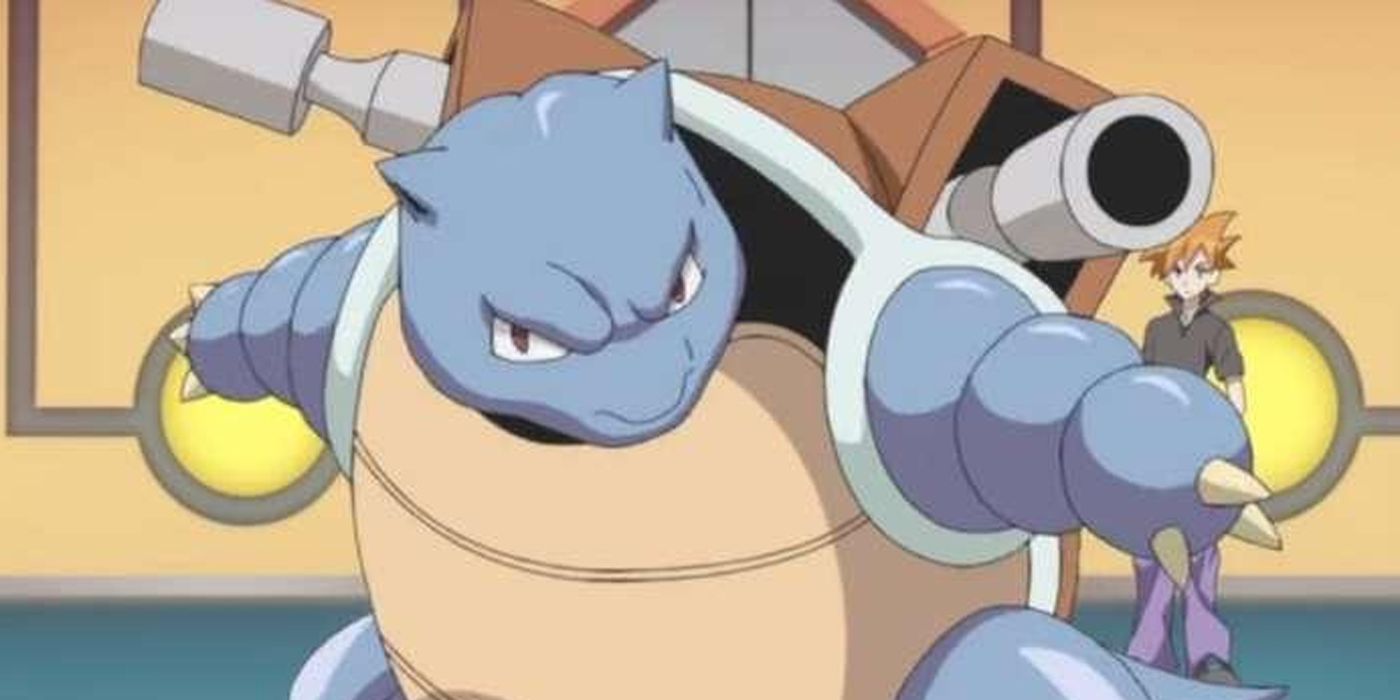 The fully-evolved form of Squirtle, Blastoise is a Generation One Water-type Pokemon inspired by turtles, despite its name coming from “tortoise”. The “blast” part comes from the water cannons in its shell that fire water jets “capable of punching holes through thick steel”, according to its Pokedex entry in Pokemon Silver.

Much like turtles in real life, Blastoise can go inside its shell as a defensive mechanism. It even learns the move Withdraw as a Squirtle, which allows it to use its shell as protection, increasing its Defense stat. 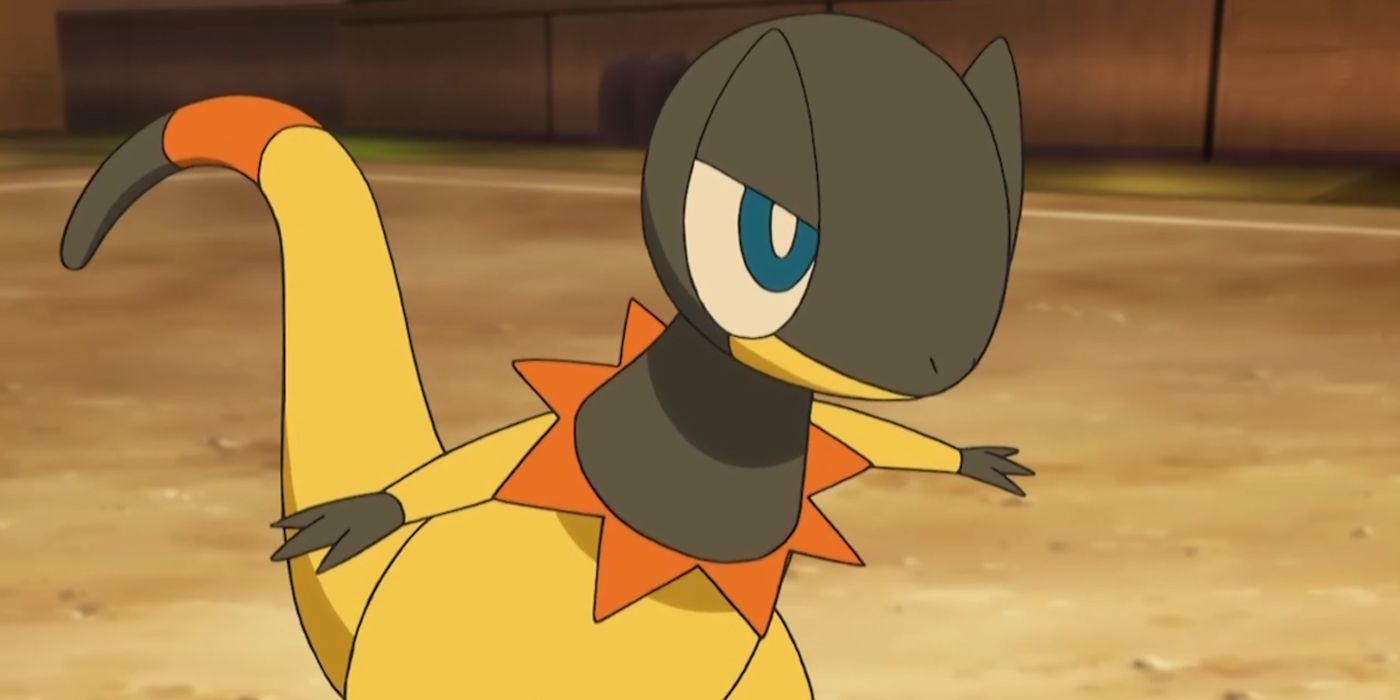 Heliolisk is an Electric and Normal-type Pokemon that evolves from Helioptile through the use of a Sun Stone. Its frilled neck resembles the sun, and, in fact, Heliolisk uses its frills to produce electricity, similar to solar panels. Its appearance is also inspired by the frilled-necked lizard, which, as the name suggests, shares similar characteristics with the Pokemon.

Heliolisk’s name comes from Helios, the personified form of the sun in Greek mythology, and “basilisk”, referencing its connection to the common basilisk. This is a type of lizard that can run across the surface of water, just as Heliolisk does in New Pokemon Snap. 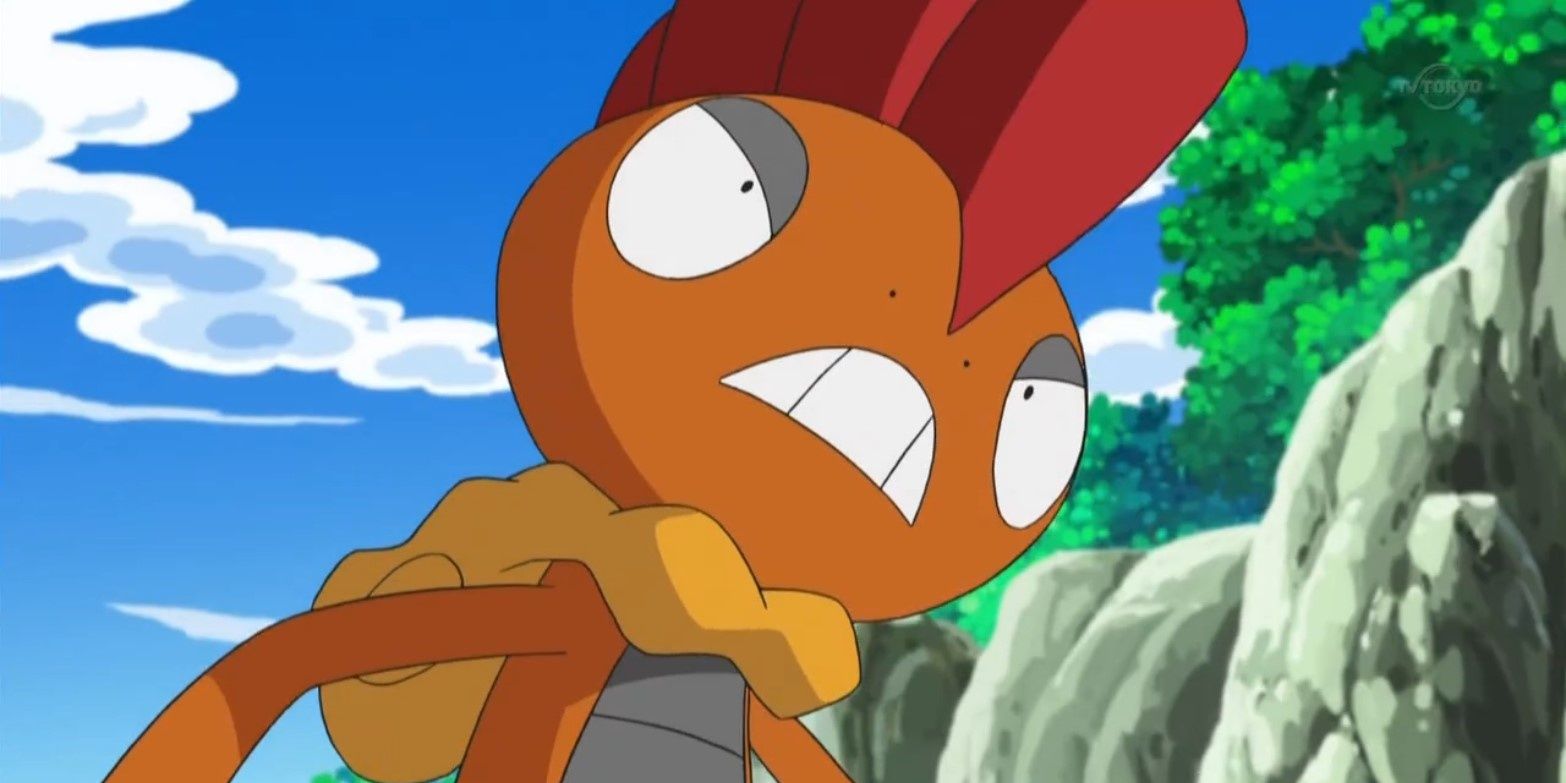 A Dark and Fighting type, Scrafty is known as the Hoodlum Pokemon on account of its mohawk and shed skin that resembles baggy pants. Scrafty can have the ability Shed Skin which corresponds with its lizard-like appearance.

Scrafty’s Pokedex entry in Pokemon Black explains its nickname as the Hoodlum Pokemon, as it says that multiple Scrafty join together to “beat up anything that enter[s] their territory”, spitting acidic liquid at their foes. However, Scrafty is also protective, as although it’s aggressive to outsiders, it takes good care of its family, similar to the territorial behavior of actual lizards. 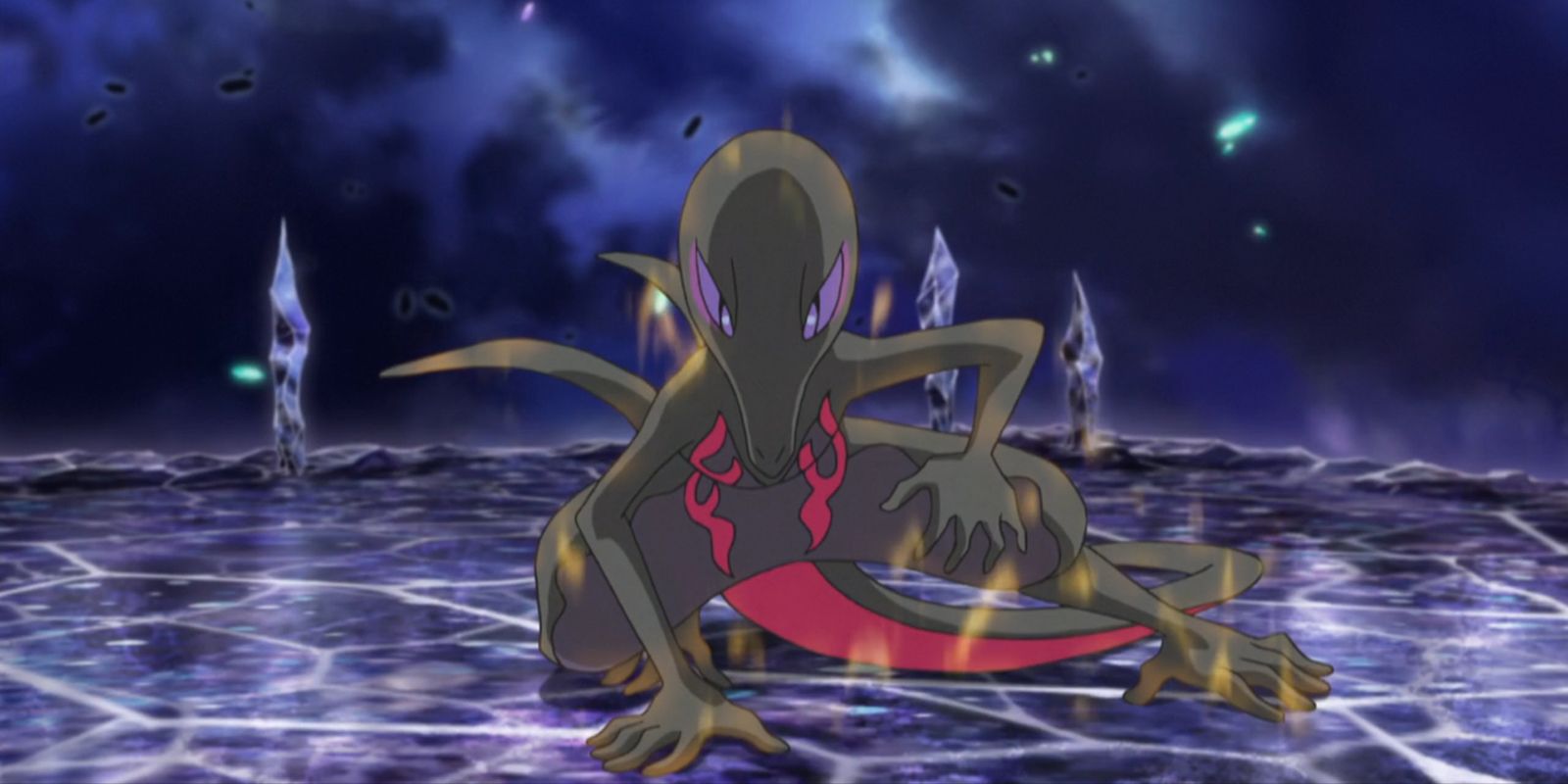 Known as the Toxic Lizard Pokemon, Salazzle is a Poison and Fire type introduced in Pokemon Sun and Moon. Unlike the majority of Pokemon species, Salazzle can only evolve from female Salandit, a trait that it shares with whiptail lizards – a female-only lizard species that reproduce through parthenogenesis.

As Salazzle is originally from Alola, a region inspired by Hawaii, it’s possible that the creature Mo’o from Hawaiian mythology influenced this Pokemon’s design. Mo’o is a shape-shifting lizard who takes the form of a woman to entice men and consume them, similar to Salazzle’s vicious and feminine attributes.

2 Clue’s In The Name: Krookodile 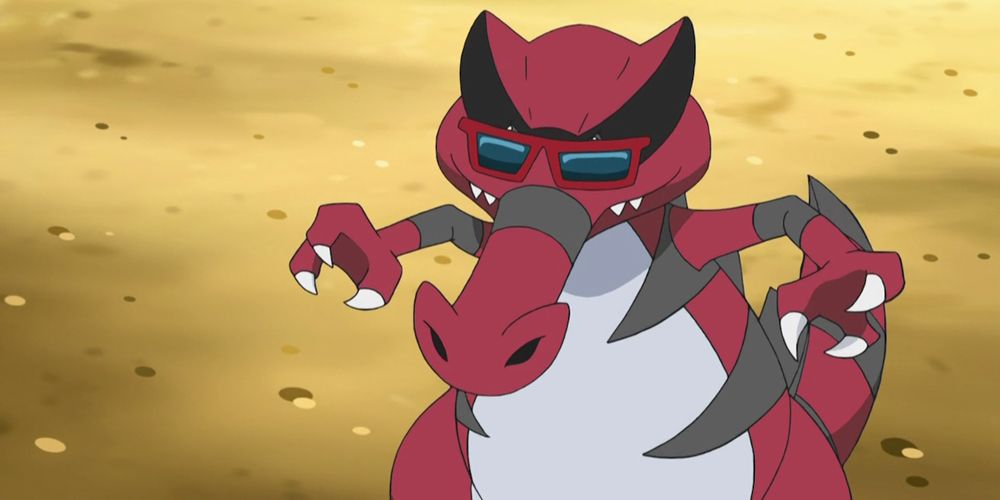 A Generation Five Ground and Dark-type Pokemon, Krookodile evolves from Sandile and Krokorok. This Pokemon is a crocodile with sharp claws and a mouth lined with fangs, as well as black coloring around its eyes that make it look like it's wearing a mask, just like a cartoon bandit.

Similar to other Dark-type Pokemon, Krookodile enjoys causing mischief. In fact, its name is a play on “crocodile” and the word “crook”, a term that’s used to describe someone who’s dishonest or a criminal. This definitely fits Krookodile, as it's known as the “Intimidation Pokemon” and uses its powerful jaws to rip its prey in half, according to its Pokedex entry in Pokemon Moon.

1 Serpent Of The Sky: Rayquaza 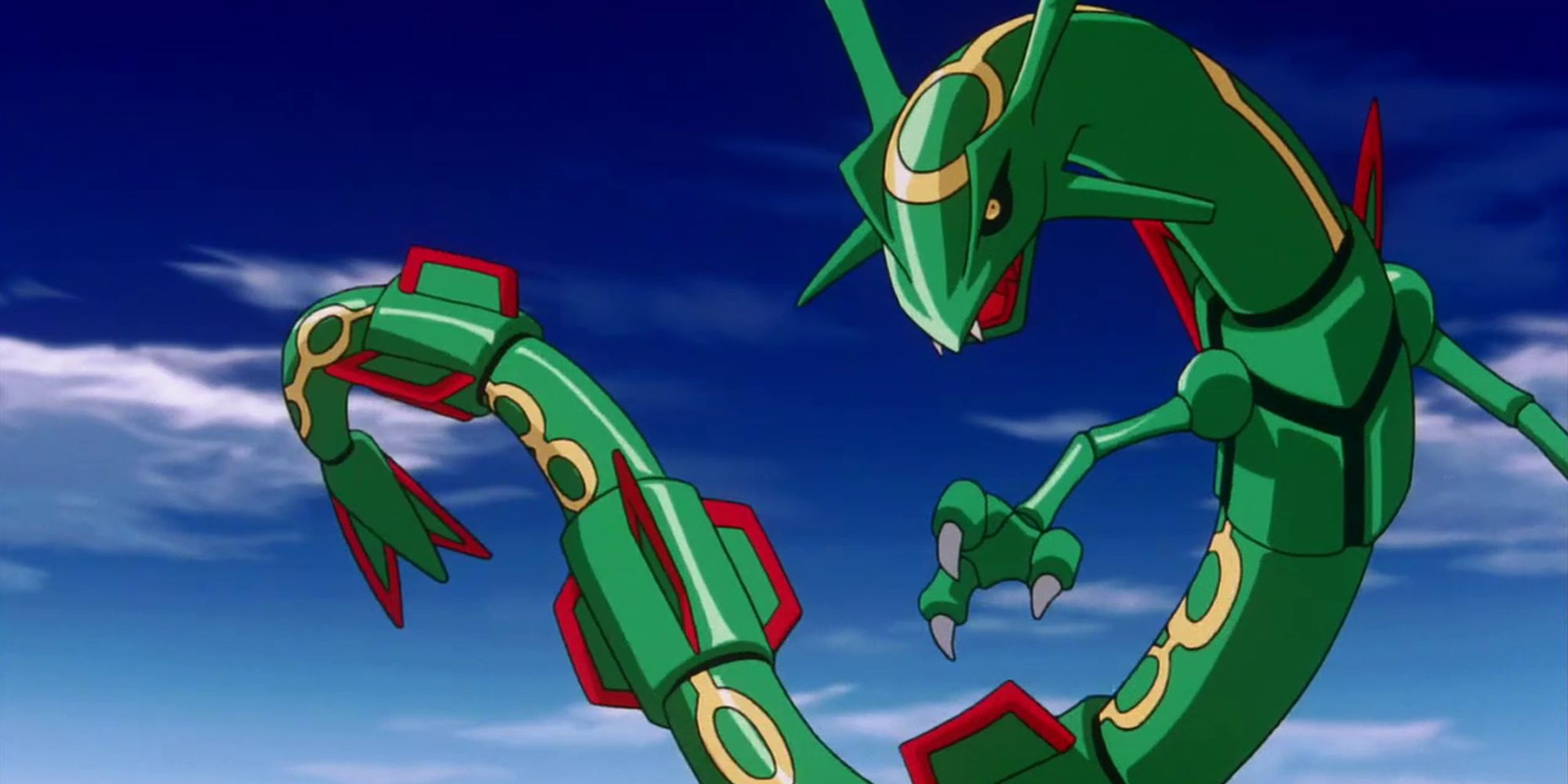 The sky is Rayquaza’s dominion, where it “flies endlessly” and only comes down to the ground if Groudon and Kyogre are fighting, according to its Pokedex entry in Pokemon Emerald. Raquaza’s reptilian appearance is striking and formidable, and perfectly captures its legendary status.