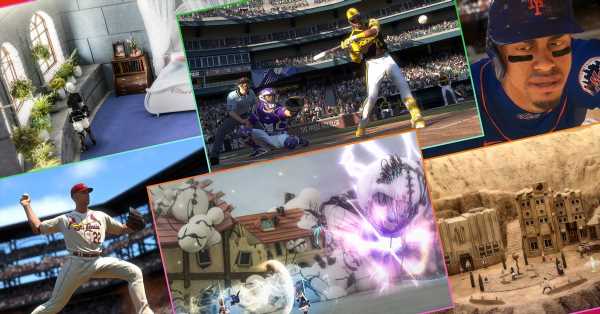 Industry-changing shifts are easier to spot in hindsight, long after hundreds of little decisions steered video games into a new epoch. The parallel rise of downloadable content, post-launch patches, and in-app purchases happened over years. Today is different. A significant amount of change is happening all at once, and you can see it in real time.

On Friday morning, new games from the creators of Final Fantasy, Hot Shots Golf, and Nier: Automata, along with titles from some of the most important indie game creators, appeared not on a video game console, but through Apple’s subscription gaming service, Apple Arcade. Around the same time, Microsoft announced that Sony’s prestige sports exclusive MLB The Show 21 will be available for no added cost to Xbox Game Pass subscribers on launch day.

Before we’d even had breakfast, multiple games and designers tied to Sony’s iconic catalog of exclusives, along with former close partners, had dispersed themselves onto smartphones and PlayStation’s biggest competitor. But it’s not so much that games that would have lived exclusively on Sony consoles a decade ago are appearing elsewhere that matters. It’s how they’re making the move.

Friday’s pair of announcements are the most significant examples yet of the future of video game distribution: video game download subscription services.

Since the late 2000s, the industry has broadly presented a subscription-based future similar to Netflix, suggesting we’d be streaming video games through high-speed connections with ever-improving cloud computing. Google Stadia launched in 2019 on this promise. Sony acquired cloud gaming service Gaikai way back in 2012 and launched PlayStation Now, its official cloud gaming subscription service, in 2014. Amazon is dipping into cloud gaming with Luna.

In theory, streaming would lower the cost of entry, allowing people with a reliable internet connection to play new games on practically any device with a screen. Anyone who’s actually tried cloud gaming in the past decade, though, knows that reality has not yet aligned with the potential. Cloud gaming looks worse than console gaming and still suffers from sporadic responsiveness issues.

Parallel to these efforts, both Apple and Microsoft, apparently unwilling to wait for technology to catch up to their similar ambitions, have invested in monthly subscription services that allow players to download games. The model requires players to own expensive hardware, and the games don’t load instantly. But here’s the crucial part: The games work. Just like they would if customers had bought them from a store.

“It just works” is a classic Apple mantra; now Microsoft has shrewdly borrowed the strategy to great effect.

On Twitter, some of my peers have asked why Sony has yet to announce that MLB The Show 21 will also appear on PlayStation Now, since it will appear, at launch, on its competitor’s subscription service. But that question assumes that PlayStation Now and Xbox Game Pass are the same. They aren’t. Until a game played via the cloud is indistinguishable from a game played via local storage, streaming services will fail to offer as positive and seamless an experience as their downloadable subscription counterparts. That’s likely why Microsoft’s own cloud gaming service, Xbox Cloud Gaming, remains a supplement to Game Pass that’s included in its Ultimate tier, rather than a stand-alone competitor.

(Sony has taken the opposite approach, gradually making larger chunks of the PlayStation Now catalog downloadable as well as streamable, although the service remains focused on cloud-based streaming across all modern PlayStation consoles and PC. And PlayStation 5 games remain unavailable at all on the service. )

Microsoft’s and Apple’s bets on downloadable subscription services would seemingly place them behind their streaming counterparts in the long run, but that’s not quite the case. Their success shows that they’re neither ahead of the curve nor behind it; they’re simply meeting the expectations of their players. Apple debuted 30 games on Friday on a service that costs $4.99 a month and is often included in larger Apple product purchases for free. Microsoft’s Xbox Game Pass Ultimate tier costs $14.99 a month and includes games on Xbox console, Windows PC, and Android devices — and will now regularly feature launch-day releases from Xbox Game Studios, Bethesda Softworks, and even Sony, along with a rotating collection of more than 100 catalog titles. They’re providing the best deals in gaming at this moment.

Compare Friday’s news and these strategies with other industry announcements from this week. Nintendo ceased selling a digital collection of Mario games for no greater reason than artificial scarcity, despite already hosting an online subscription service that could house the games. And Sony confirmed that it will be closing its digital storefronts for the PlayStation 3, PlayStation Portable, and PlayStation Vita — with no clarity on how or if those venues or their games will be preserved, let alone be made available in the future.

All of these business decisions connect to the bigger questions about the financial sustainability of the subscription model and what it means when we cease to “own” our entertainment. The answers will shape how and where we will play games in the future. What’s so unusual about today is that we’re getting a glimpse of that future as it happens.