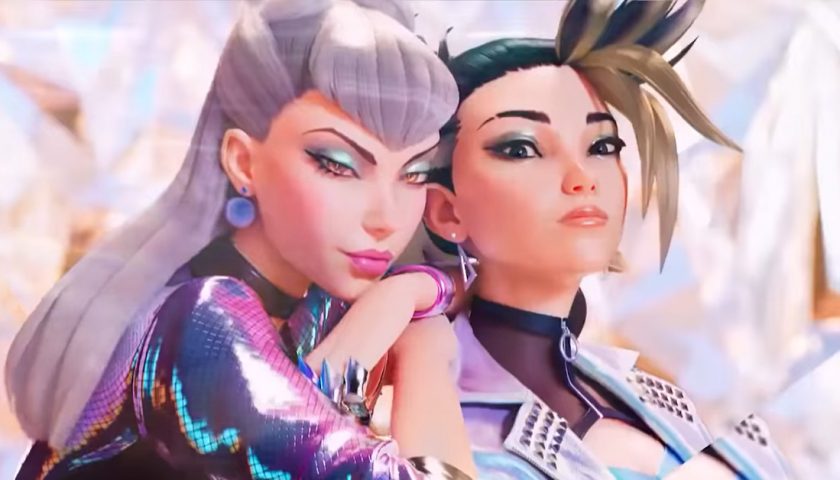 Before today, I never really thought much about Ryu from Street Fighter. But now a video of him singing, “Ooh ee ooh ah ah ting tang walla walla bing bang,” is permanently seared into my psyche.

People on Twitter are using an app called Wombo to make videos of their favorite characters lip-synching, and the results are cursed. The software, which is free to download on the Apple App Store and Google Play, uses AI to turn still photos into animated lip syncs. Wombo’s official website only features photos of real folks transforming into vivid lip syncs, but it didn’t take long for people online to have other plans. Now, Twitter is flooded with videos of fictional characters lip-synching to viral hits like “Boss Bitch” by Doja Cat, Gunther’s “Ding Dong Song,” and the “Numa Numa” song.

The app is remarkably easy to use. Just snap a selfie — or in the case of these videos, pick a head-on image of a character — and upload it to the app. After that’s done, all you need to do is choose a song and the app spits out a fully animated version of the subject of said image lip-synching to your song of choice.

You can tell that these videos weren’t animated by game developers. The video is usually pretty pixelated, but they look amazing given little work I have to do. Characters roll their heads and raise their eyebrows more dramatically than I could ever imagine.

The software works with a variety of character images, although it looks better with more 3D looking ones. (I tried it with some 2D anime characters and the videos didn’t look nearly as good as good at the ones with 3D video game characters.) This video of Evelynn from the League of Legends K-pop group K/DA, embedded above, almost looks like it could be an official video of her singing “Boss Bitch” by Doja Cat.

Watch Ryu sing the classic children’s hit, “Witch Doctor” and move his head around as if he didn’t have one of the beefiest necks in the world.

The videos work best if the selected photo is looking directly at the camera, like in this image of Mr. House from Fallout: New Vegas. He might be an in impersonal antagonist of the game, but he absolutely nails this performance of “Numa Numa.”

If you’d like to try your hand at making silly karaoke videos with your favorite characters, the Wombo app is available now.