When historians look back on 5G devices, the first wave will likely be a footnote, the second wave will dovetail with the spread of the technology, and the third will be where 5G really shines. This roadmap became clearer today when Qualcomm unveiled its third-generation 5G modem, Snapdragon X60, which will enable the next wave of premium phones to make considerably better use of 5G networks than earlier devices.

One of the X60’s multiple advantages over prior alternatives comes down to size: It’s the first 5G modem system with 5-nanometer baseband, shrinking below its predecessor X55’s 7-nanometer manufacturing process and the prior X50’s 10-nanometer design. Each nanometer scale reduction enables a chip to be more energy-efficient than its predecessors, as well as allowing it to occupy less physical space, freeing phone designers to make smaller devices or include larger components, such as batteries.

Less physically obvious are two killer Snapdragon X60 features that promise to speed up third-wave phones: aggregation of millimeter wave and sub-6GHz signals and aggregation of multiple types of sub-6GHz signals. While first-wave 5G phones could connect to either millimeter wave or sub-6GHz 5G networks, and second-wave phones could connect to both — but not at once — the X60 can combine data from different frequency bands, resulting in additive speeds.

In other words, if your cellular carrier has nearby millimeter wave and sub-6GHZ towers with available bandwidth, the Snapdragon X60 will be able to receive data from both at once. It will also be able to take advantage of your provider’s separate FDD and TDD sub-6GHz streams, aggregating their data. So while the X60’s peak 7.5Gbps download and 3Gbps upload speeds aren’t higher than the X55’s, users will actually come closer to those peaks, thanks to mix and match aggregation. Qualcomm expects the X60 to double standalone 5G speeds when using sub-6GHz networks and help carriers move their early non-standalone 5G towers to standalone mode. 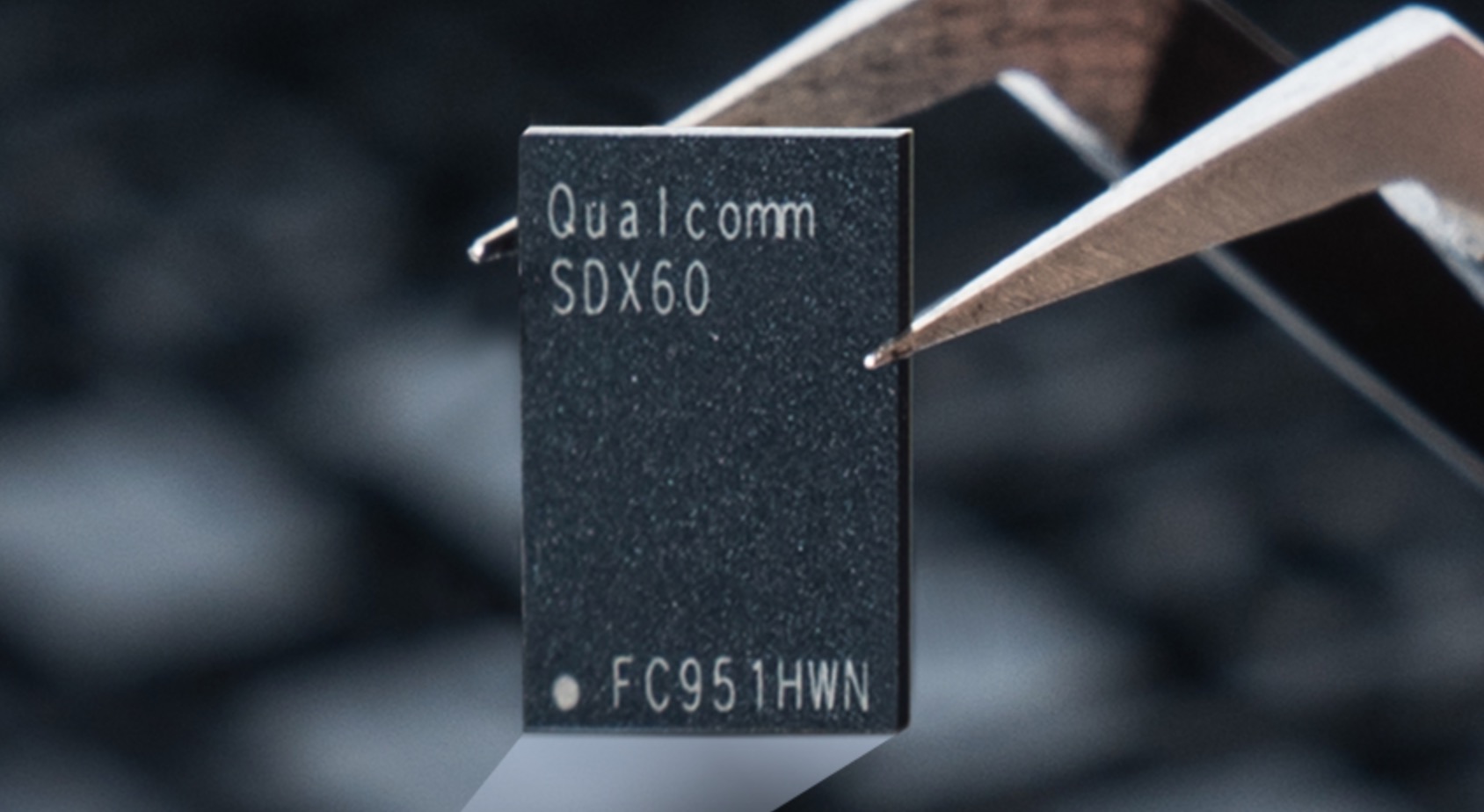 The Snapdragon X60 also includes Voice over NR (VoNR) support to enable phone calls to take place over the 5G network rather than falling back to 4G or 3G. And it will be compatible with a third-generation 5G antenna module, the QTM535, which is narrower than its QTM525 predecessor, enabling even sleeker premium phone designs. OEMs using the X60 will be able to choose between either antenna module, but the newer one promises improved millimeter wave performance, including global mmWave support for 26GHz, 28GHz, and 39GHz bands that will be used in Australia, Europe, Japan, North America, and South Korea.

Despite a looming EU investigation over the tying of its 5G modems to its RF front-end solutions, Qualcomm is again marketing the Snapdragon X60 as a “5G modem-RF system,” including multiple components that it says work best together, rather than having parts cobbled together from competing vendors. The performance benefits are expected to be particularly noticeable where mmWave support and energy efficiency are concerned.

One question mark at this point is whether the Snapdragon X60 will be backward-compatible with earlier Snapdragon system-on-chip solutions. While the recently announced Snapdragon 865 conspicuously lacked direct integration with a 5G modem, instead relying on an separate X55 modem for cellular connectivity, the X60 is not yet guaranteed to be an option for that “premium” SoC — or less expensive ones. Qualcomm says only that the X60 will become available to developers for initial testing during this quarter and will start appearing in devices in “early 2021,” which will likely dovetail with the release of a Snapdragon 865 sequel.