Pokémon Go’s January events will include the addition of Shadow Moltres to the game, as well as the return of Legendary Pokémon Heatran.

January will have another Team Rocket Special Research to do, this time rewarding Shadow Moltres once you beat Giovanni. The steps will likely be the same as the December Special Research.

The January Research Breakthrough reward will be Lapras with the moves Ice Shard or Ice Beam. Both Ice Shard and Ice Beam are legacy moves from 2018, and this is the first time they’ve been available since then. Unfortunately, Lapras isn’t much of a raid or gym attacker, and it works well with Frost Breath and Blizzard (two moves that aren’t locked behind an event). Switch out either of these moves for Ice Shard or Ice Beam to satisfy your rare Pokémon collection needs.

Heatran, the Legendary fire- and steel-type Pokémon from the Sinnoh region, will be returning to raids on Jan. 7, with the chance to appear Shiny, as well. 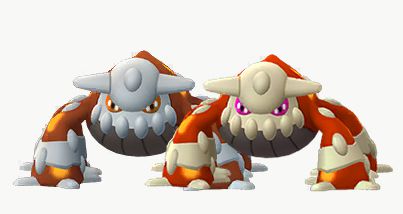 From Jan. 2 until Jan. 16, players will be able to get special rewards for doing a lot of Adventure Sync walking during this year’s Hatchathon. Players will get extra Stardust, Rare Candies, and even an Unova Stone for walking a lot. Special Pokémon wearing party hats will also be hatching from eggs and in the wild during the event period.