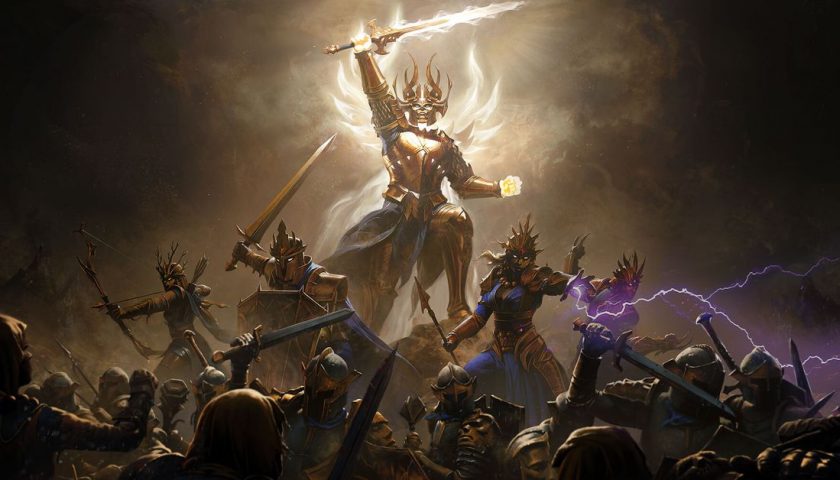 Diablo Immortal, the mobile adaptation of Blizzard Entertainment’s dungeon-crawling franchise, will allow players to change their character classes while maintaining their overall progression, developers said in an announcement on Monday.

Class Change is pitched as a way to let players explore every class without starting from scratch for each one. Blizzard says when players switch classes, they’ll retain their overall XP progress, “receive a new set of equipped items appropriate to your new class,” and the old ones will be held in reserve.

“We didn’t want to force our players into the hard choice of giving up progress on their main character to support an alt,” Blizzard said. “We also didn’t want anyone to feel obligated to keep a roster of alt characters to gather rewards and resources, or to match the shifting demands of […] other competitive systems.”

That said, Class Change appears to support another mobile-specific — and therefore, monetized — feature: cosmetics and other customizations. In the same post on Monday, Blizzard said it planned “to roll out a new cosmetic set for all classes each month,” which matched that month’s Battle Pass theme. Players who buy the Battle Pass will unlock the gear theme for all classes, and others will be on sale through the in-game shop.

Blizzard’s also hoping that a “pre-order” campaign for the free-to-play game will stoke interest in its cosmetics. Starting today, iOS users can pre-register to download the game for their iPhone or iPad. (Android players have been able to pre-register on the web or through the Google Play Store.) If 30 million do so before Diablo Immortal’s (unnanounced) launch date, then Blizzard will give everyone a free set of skins, the “Horadrim Cosmetic set,” which is based on the in-world Brotherhood of the Horadrim.

“We want your original class selection to be a meaningful choice, so we’re discussing limits to [the Class Change] system that still give you freedom to try out something new,” Blizzard said. “Because the process of collecting Legendary affixes is time-consuming, we expect players who focus on a single class will have some advantages, like a broader selection of available character builds. But the fun of freely exploring each class should tempt a lot of people into changing things up over time, like it has many of us on the team.”

Diablo Immortal will be free to play, and Blizzard has said that all gear can be earned by playing it regularly, but the game will also offer in-app purchases for players who want the bling more immediately.

Cosmetics will allow players to change their appearance without affecting their gear or stats, somewhat the same as an MMO. Blizzard said it will make free cosmetic sets for factions that unlock as that faction’s players raise its overall Dominance stat. Additionally, as a player increases the Resonance attribute of the Legendary Gems they acquire, their cosmetics will take on different and more elaborate details.

“Like any living game, we want Diablo Immortal’s visual identity to evolve and grow over time,” Blizzard wrote. “We also want you to be able to keep varying your character’s look as you play, rather than being stuck in one spot.”

Diablo Immortal was first announced at BlizzCon 2018. The game is being co-developed by Blizzard and NetEase. Blizzard staged a technical alpha test for Diablo Immortal at the end of 2020 and began endgame alpha testing in April 2021. In August 2021, Blizzard announced the game would be delayed into 2022 to address player feedback and make changes to PvP and endgame content, as well as implement controller support.