Kymeta, a company that develops satellite antennas and services to bring connectivity to any vehicle or vessel, has raised $85.2 million in a round of funding led by Microsoft cofounder Bill Gates.

The raise comes as various high-profile companies are developing low earth orbit (LEO) satellite programs — including Amazon, which recently received approval from the Federal Communications Commission (FCC) to launch a network of satellites to deliver high-speed broadband as part of Project Kuiper. Other notable players include Elon Musk’s SpaceX, which is building out its Starlink internet service, and the heavily funded OneWeb, which is in the process of exiting bankruptcy with the backing of the U.K. government.

As more satellite-based internet goes online in the coming years, Kymeta is well-positioned to provide the infrastructure to capture this connectivity and deliver it to clients across industries. “When these microsatellite constellations go into space, our antenna will be essential to establishing connectivity from a moving satellite onto a moving vehicle,” Kymeta chief strategy officer Bill Marks told VentureBeat.

Kymeta’s most recent product, the Kymeta u8 terminal, is a flat-panel electronically steered antenna designed to be easily mounted on any vehicle, including military trucks, ambulances, trains, buses, and yachts, in what is often referred to as “communications on the move” (COTM). 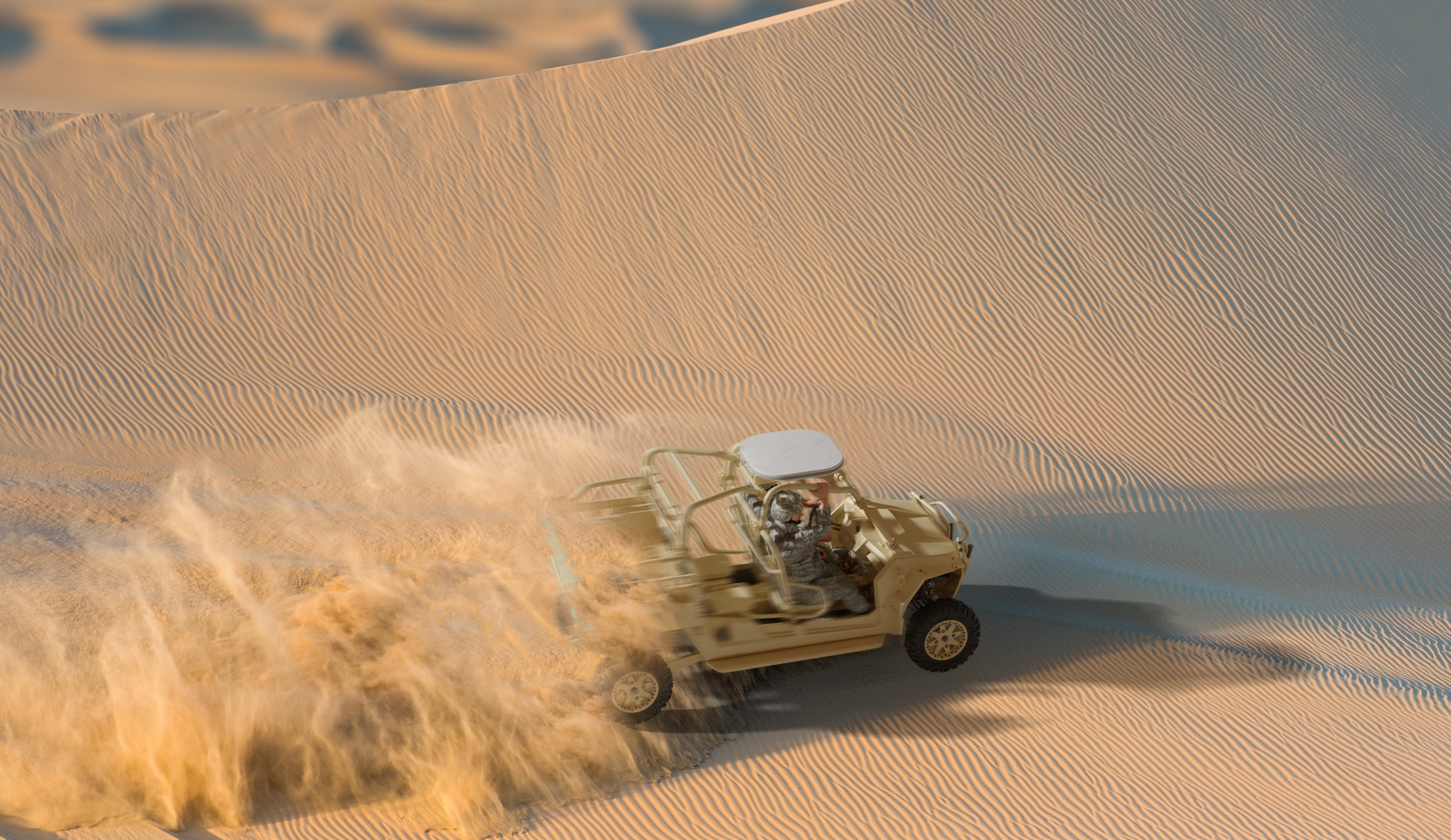 Above: A Kymeta u8 terminal mounted on a Polaris MRZR

However, Kymeta’s technology can be used wherever it is difficult to get internet connectivity through conventional means, including at stationary sites, such as wind and solar farms. Marks said Kymeta’s satellite terminals have been deployed in more than 20 countries across “dozens” of different platform types.

“The Kymeta demand is coming from customers that are looking to get connectivity where they’ve never had it before,” Marks said.

Founded in 2012, Redmond, Washington-based Kymeta has transitioned from being a hardware company to include “services and solutions” over the past year. For a monthly subscription starting at $999, Kymeta Connect provides the equipment, connectivity, and network software to ensure 24/7 global coverage for any installation. Moreover, the u8 terminal supports both satellite and cellular, allowing Kymeta to automatically switch between the two connectivity options, depending on what has the strongest signal at any given moment.

Kymeta doesn’t sell its hardware and services direct to the end user, instead operating through distribution channels that specialize in a specific market sector or geographical region.

Kymeta had previously raised nearly $220 million, with Bill Gates contributing to the company’s inaugural $12 million round in 2012 and leading its $62 million series D round in 2016. At $78.5 million, Gates’ contribution to Kymeta’s latest round represented the lion’s share of the investment, though Kymeta didn’t divulge who else participated.

“As a privately held company, we really don’t disclose information about an investment or our investors,” Marks said. “That being said, Bill Gates has clearly been and remains our biggest supporter.”