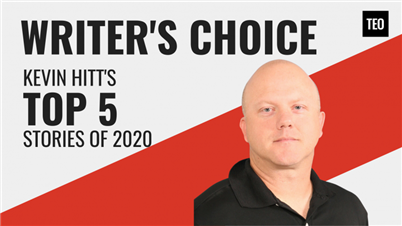 Heading into the new year, esports was on the precipice of becoming a billion-dollar industry as endemic and non-endemic sponsors and companies entered the space. New esports stadiums were being built, such as the Fusion arena in Philadelphia, and leagues with geographically-based teams were excited to play home stands and extend revenue streams.

The COVID-19 pandemic devastated the esports scene as live events were canceled, construction of new brick and mortar event spaces were halted, and revenue streams esports organizations were counting on to help get them back in the black vanished. Newzoo even revised its predictive model numbers to show that the industry would have to wait to hit that billion-dollar mark.

The scene looked as if it were on the verge of collapse, but in the end, esports found a resilience during these most difficult times that caught the attention of just about everyone in the entertainment industry including main-stream sports production companies such as ESPN and FOX Sports. While difficult, live events transitioned from stadiums to computer screens and fans from all over the world showed that esports could weather the storm and, in some cases,  even thrive.

The storylines in the beginning of 2020 were fraught with frustration and despair, but as the year continued esports became a place where everyone could go to forget about the effects of this historic pandemic and be entertained, at least for a while.

With that in mind, I offer for your consideration what I consider to be the top five storylines of 2020.

When the Esports Observer learned that there were a lot of unhappy teams in the Rocket League Championship Series and that those teams would be sending a letter of grievances to Psyonix, we knew this was important.

Rocket League is an esport that has seen time on both NBC Universal and ESPN because of its appeal to a younger audience and the lack of gun violence. It’s a game of soccer played with jet-powered cars and it’s popular.

However, as a league, somebody dropped the ball. There was an obvious disconnect between the league office and the teams that boiled down seemingly to a lack of communication. But there was also one item in the list of grievances sent to Psyonix that would resonate with team owners everywhere–it was the players that actually owned the spot in the league, not the teams.

The teams were paying player salaries, providing training facilities (in some instances), equipment, and other expenses. And what did the team get? Ten percent of the team’s winnings.

Organizations were getting throttled in this system, seeing payments from the league going directly to the players. What were team owners supposed to get in return for this investment? As Jack Etienne, owner of Cloud9, told TEO, the costs of running a team outweighed any sort of expected return on investment.

A supposed franchise slot was rumored to be happening. That didn’t happen.

Instead, Psyonix changed the entire format of the league where once teams were guaranteed spots in the league, but now had to play in qualifiers in order to participate.

This story shows the reality of what esports organizations actually go through when fielding certain teams (in Counter-Strike: Global Offensive as well) and the business relationship between the two.

On a personal note, this was one that saw the author (me) get into a little bit of hot water, as Riot Games searched for my source. However, as the story unfolded and was fleshed out, it became a piece that showed that Riot and the League of Legends European Championship were doing their very best to make sure that teams in the league would survive the effects associated with the COVID-19 pandemic.

Sources close to the LEC told TEO that the league would be deferring franchise payments and that revenue share earnings gained from media rights deals, merchandise sales, and more would be paid earlier than expected in order to help teams maintain financial solvency.

While some would look at this and ask if the league’s teams were in trouble, research showed that this was simply a magnanimous move from the league.

It was the right move, and the League of Legends Championship Series followed suit months later.

As the reality of the COVID-19 pandemic started to register, Twitter noticed something of interest when it came to esports. A big something. In the second half of March, Twitter shared some metrics that showed that the social media platform saw a 71% jump in chatter surrounding gaming and esports.

This was one of the first indicators that gaming and esports were starting to become a larger part of the entertainment conversation as movie theaters, gyms, bars, and restaurants were starting to shut down due to local and state safety regulations. With more people staying home and recreational venues drying up, finding something to do was almost a full-time job.

Twitter was showing the world that esports and gaming were going to be a vital part of the entertainment space for millions of people who played games or watched esports. They weren’t the only ones, however, as even those who had not watched esports before couldn’t help but notice that ESPN and FOX Sports were showing competitions such as  iRACING and bringing more people into the space.

One of the positive messages coming out of 2020 was the movement of equality across the spectrum of underserved people. Inclusion initiatives were a monumental focus in 2020 as people were finally coming to grips with what the industry looked like when you stripped away the illusion that everything was ok.

This partnership would see initiatives that were not available to HBCU’s in the past such tournament events, invitationals, leagues, and intramural competition. Together, the HEA and CSL partnered in creating curriculum and academic programming while offering advisory support for those administrations looking to help HBCU students learn about job opportunities in the gaming and esports space.

Williams said it best when he told TEO: “HBCU’s are not interested in that first [playing games]. They’re interested in education. They want to know how to increase enrollment. Creating diverse pathways that prepare students to become successful esports executives in high-tech careers at the intersection of STEM, Marketing, and Entrepreneurship disciplines ensures enrollment growth.”

I love to see these types of initiatives and with Williams at the helm, this is only the beginning of bringing those talented people of color that may have been overlooked into the fold. In a move that shook the entire esports world, NRG Co-Owner and Co-CEO Hector “H3CZ” Rodriguez reacquired the OpTic Gaming IP after having sold the brand to Infinite Esports & Entertainment, which was then acquired by Immortals Gaming Club.

The Green Wall was back in the hands of the man that started it all and built OpTic into one of the most recognizable brands in esports. OpTic was a Call of Duty powerhouse, but without Rodriguez at the helm, just didn’t quite feel the same to dedicated fans.

The OpTic Gaming brand was being used by IGC as its entrant into the Call of Duty League, called OpTic Gaming Los Angeles. A brand associated with winning finished in ninth place, seeing its fandom waning. In a twist of fate it was Rodriguez’ new team, the Chicago Huntsman, that eliminated OpTic from the 2020 Call of Duty Championship.

Now, the Chicago Huntsmen have been rebranded as OpTic Chicago under the reassuring presence of Rodriguez and fans have returned to a Call of Duty scene that feels whole once again.