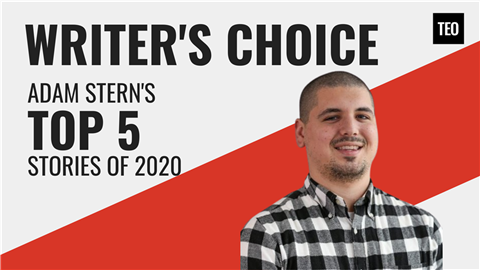 From the outside looking in, some might think that 2020 was a cakewalk for the gaming industry – but in reality esports saw headwinds just like so many other industries.

Still, the industry was dynamic and nimble and showed more than ever how its digital DNA is going to be advantageous and lucrative moving into the coming decades.

No. 5: Esports and Video Games Fill the Void During Pandemic

While the gaming space saw plenty of fallout from the coronavirus pandemic, esports still saw a significant benefit from the health crisis because billions were stuck at home and watched or played more video games than usual. Moreover, many stick-and-ball sports properties emphasized gaming like never before to help their fans find substitute entertainment as they worked to bring back their real-life brethren. The result was a likely historic amount of press coverage in North America around the spikes in interest in gaming that has continued right through the end of the year and has accelerated the embrace of esports in the U.S. by several years.

No. 4: Pandemic Upends the Growth of IRL Events and Leagues

While the spike in gaming was good news, now onto the bad news: Before the pandemic hit, the competitive gaming space in America was shifting more towards the idea of holding in-person events, something that was halted because of the pandemic. Firstly, Activision Blizzard’s home-team model for the Overwatch League and Call of Duty League that mimicked what we see in traditional sports was effectively torpedoed due to the fact that games had to move online and there was no travel to play other teams in their home arenas. Moreover, League of Legends’ annual World Championships in China was greatly hampered by the pandemic to the point where Riot Games will bring it back for another round in 2021 to try to do it right this time.

Epic Games also held no in-person events for Fortnite, one year after making so much buzz around the Fortnite World Cup, which won’t be back in 2021 either. As esports looks to grow in the U.S., getting back to holding in-person events will be a vital step.

When the maker of the world’s largest esport makes its first ever first-person shooter game, the industry is going to be paying close attention – and so far Riot Games seems to have largely delivered with Valorant. The title has seen solid reviews in terms of its gameplay and has started earning increasingly impressive viewership figures for its streamed esports events, which now have two sponsors in Red Bull and Secretlab. A host of gaming organizations have entered the space with players who have defected from other esports including Overwatch and CS:GO. While Riot doesn’t want to commit yet to moving Valorant to a franchised league structure like what it does with League of Legends, such a move may eventually be inevitable if the commercial side of the space continues to grow.

No. 2: League of Legends Continues its Dominance With Viewership and New Sponsors: League of Legends showed no signs of losing its hegemony status in esports in 2020 despite the pandemic. On top of once again having record viewership for the World Championship final, League of Legends also added several impressive global partners including Mercedes Benz and Spotify, and it introduced new in-game signage opportunities that could be the start of a trend.

Everyone in the esports industry is keeping a close eye on how OWL and CDL do, because the properties invested so much capital from traditional sports owners that anything less than success could hurt the momentum of the entire space. How Activision Blizzard, and newly installed former MLB executive Tony Petitti, work with franchise owners to help them move closer to profitability and want to stay involved with the properties is a major topic to keep an eye on heading into 2021.