Riot Games has finally released a teaser for Volibear’s long-overdue rework in League of Legends. It has also announced a global livestream event that may include more information on the thunderous demigod.

The short video is an animated scene featuring thunder, lightning, and a giant Volibear in the skies. You can hear him roaring as he creates lightning with his clenched fists. Additionally, the video description includes information on the livestream event. The provided link will take you to the official League of Legends YouTube page, where Riot will host the live event on May 8 at 8:00 p.m. PT.

Riot announced Volibear’s rework along with their Fiddlesticks project during last year’s tenth-anniversary event. Many fans have waited for this project to complete, as Volibear initially released over eight years ago, way back in 2011. Since then, the tank has been through a few bug fixes and patches, but no physical changes. Luckily, his rework seems to do his fierceness justice by giving a ferocious, godly appearance. He is also seen sporting a new, electrifying hairdo.

A storm is brewing. Take cover in the global livestream event on Friday, May 8 at 8 PM PT – https://www.youtube.com/user/RiotGamesInc/featured … 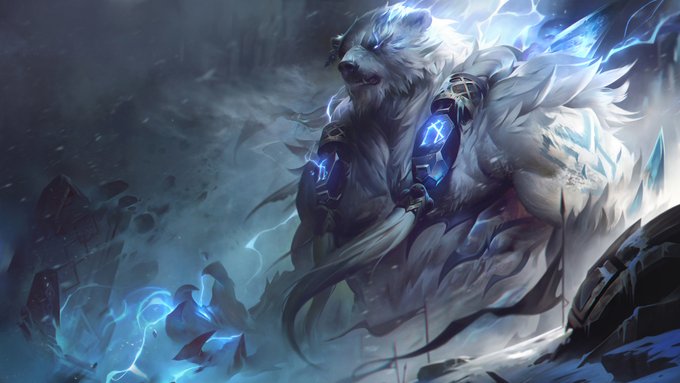 A change for Volibear

Overall, fans have a good idea of what Volibear’s appearance change will look like, along with some of his new abilities. Riot Games recently released a plan showcasing his model, voice-over, and more. He’s definitely receiving some powerful visual changes to his lightning strikes and abilities, so many are looking forward to everything coming together.

Although not much is known for the upcoming stream, it seems it will hold even bigger news than just this rework. Some suggestions could be fresh map changes or a limited-time snowy Frejlord theme. Riot Games rarely holds global livestream events for champion reworks, though, so we’re all just guessing here.

For now, though, we’ll continue to keep an eye out for updates. Stick with Daily Esports for more League of Legends news.